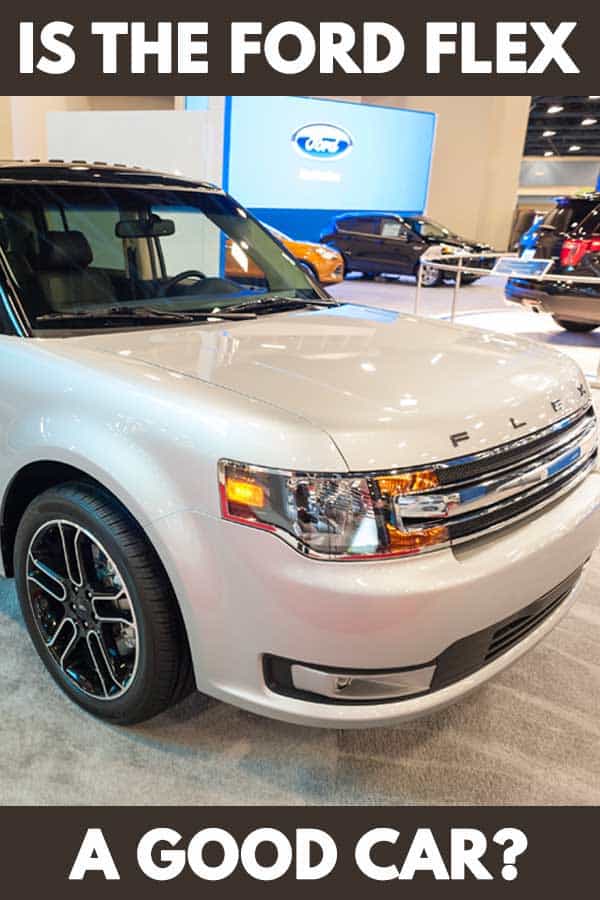 This may be the first time you’ve wondered about the Ford Flex--or the tenth time.  Likely, every time you wonder about any car, things have changed: the car, your needs, the car’s competitors, and your budget.  We’ve researched whether the Ford Flex is a good car right now and we are going to tell you what we’ve learned.

The bottom line answer is “No; the Ford Flex is not a particularly good car.”  We came up with that answer to your question based on what is presently known about the Flex in these categories:

Our original question “Is the Ford Flex a good car?’ is complicated.  For example, the Flex itself comes in three Styles (SE, SEL, and Limited) and there are scores of Options for each Style.   We’ll describe here what Auto Experts and Flex Owners know about Flexes which you need to know to make a sound decision.

Is the Ford Flex a Good Car?

The Ford Flex Design, Manufacturing, and Marketing teams implemented policy decisions about the Flex such as not redesigning the Flex, maintaining a limited range of exterior colors, and focusing on “easy accessibility” for middle-aged consumers and families of young children. These decisions “made” the Flex over time.

Between 2009 (the year the car was introduced) through the present (2019 model year), no significant changes were undertaken.  This resulted in positive characteristics remaining positive for a few years and gradually superseded in competitors who upgraded.  Similarly, characteristics that were negative in 2009 remained negative.

We found that this pattern correlated to lower ratings for the Flex and therefore fewer sales over time.  Initially, Ford projected sales of 100,000 Flex cars each model year.  The highest annual sales came during Flex’ second year and were in the high 38,000s.

The Ford Flex will not be available after 2019.

Both Auto Experts (AE) and Flex Owners (FO) emphasize safety (features which make the car low-risk for injury or death) and reliability (features which correctly predict what the car will do over time).  A specific feature, say AWD, resulted in high Safety ratings in the early years, but as that technology developed but was not fully built into the Flex, that perception of Safety likely decreased for AE and FO.  Through 2019, AWD is available only as an option on the Flex.

Another indicator of Safety and Reliability is the horsepower of the engine.  In early models of the Flex, this was a strong plus in its ratings.  Flex actually had two engines concurrently for the initial years which had the result of a turbocharged system.  By 2019 the second engine was available only as an option but was still generally considered powerful enough for most instances.  The standard engine now has 287 HP with the Option of a 365 HP V6 engine available.

A characteristic consistently rated highly on the Flex is capacity, which is both the number of passengers accommodated and the amount of cargo space.  The Flex seating design permits a maximum of 9 passengers:  a front-row bench that seats 3 and bench seats in both rows 2 and 3.  Without the front bench seat option, the maximum is reduced to 8.  And an additional option of two-second row bucket seats reduces the maximum to 7.

The demographics of large families requiring this much passenger space is constantly decreasing, but this has both large capacity and marked versatility.  All the seats can be folded down except the driver’s seat producing enormous cargo space.  The cargo space has been compelling for the Flex over its lifetime.  From another perspective, the seats are poorly supported, particularly a problem on a long trip.  Ratings show that the interior generally is judged to be less-modern and of quality lower than that of Flex’s competitors.

Cost of Buying, Driving, and Maintaining

Comparisons with sales prices of competitors usually find that the Flex is the most or second most expensive.  Buyers compare costs as total costs.  In one U.S. News article which compared these costs for a Flex with those for a Toyota Highlander and a Honda Pilot found those competitors superior price-wise when fuel efficiencies were considered.  That article also reported that gas mileage was one of Flex’s five least positive characteristics.

Of course, the Flex is large (its reported length is 201.8 inches)  and its boxy exterior does not predict excellent gas mileage.  The Kelley Blue Book reports combined fuel economy for the Flex Styles is 19 MPG.

As expected, not focusing on making changes over 11 years shows up quickly in the matter of new technology.  It’s not that no updates were made but, for example, there is still no rear-seat entertainment system.  An SYNC3 system used widely in Ford products is available only as an option.  Others including parallel parking, iCruise Control and a function that provides Forward Collision Mitigation are only options on the Limited.  Most family members held negative ratings for “Infotainment” tools on the Flex.

Is The Ford Flex a Minivan or a Station Wagon?

Additionally, there was no focus on a market for which the car would be most appropriate.  So some characteristics identified the car’s appeal to large families; others gave the perception of SUV and some a station wagon.  For example, Wikipedia persistently refers to the Flex and rates it as an SUV.  Concurrently, Edmunds calls the Flex a station wagon and compares its ratings to those of other station wagons.

Not surprisingly, with all of these statistics, Ford Flex is discontinued after 2019 Models.  Ford has not included the Flex on its list of models available in 2020.  It simply did not meet expectations of Buyers.