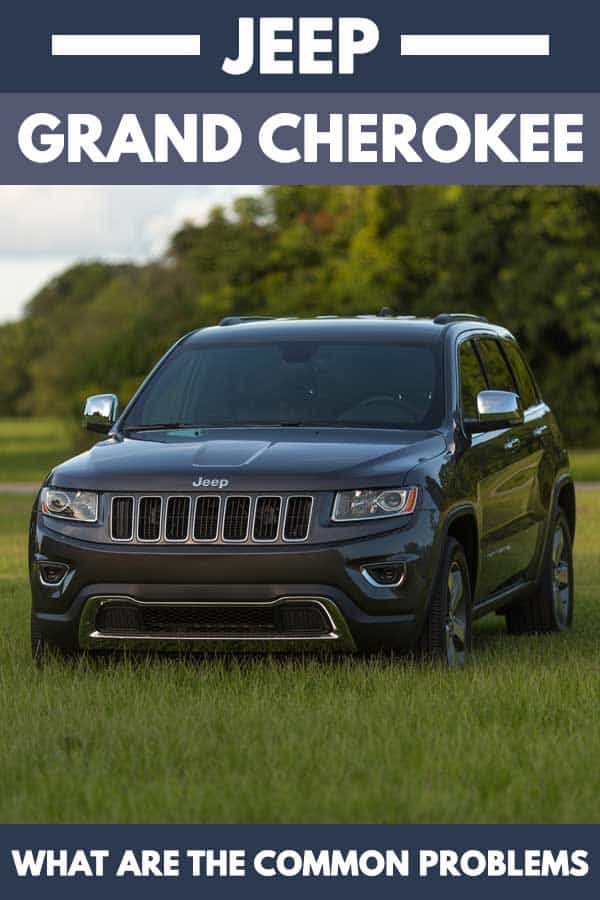 The Grand Cherokee has been around for a long time and is a very popular SUV, but like every vehicle out there on the market, it has its issues. In this post, we are going to look at some of the most common issues that owners experience. To find out what the problems were we have looked at various sources, including forums and Technical Service Bulletins and recalls to find what the major issues are, and how many models they have affected.

Some of the common problems in the Jeep Grand Cherokee have carried across a number of different models, and while some of the issues people are reporting today are the same kinds of things that were getting reported with the earlier models, the volume of people reporting these problems seems to be on the decline. They have centered primarily on electrics in the vehicle and problems with distortion of the front brake rotors.

There have been 10 generations of the Jeep Grand Cherokee with 1993 being the first year it went into production, and it was designed by AMC to be a successor to the Cherokee XJ, a smaller model. When it came out it was in direct competition with the Ford Explorer.

The car seems to rank higher with Millennials and is also somewhat more popular with women, and 95% of people have heard of it. We are going to look at its recall rate, how often you might need to repair it, and what those repairs are likely to cost.

How Often Has The Jeep Cherokee Been Recalled? 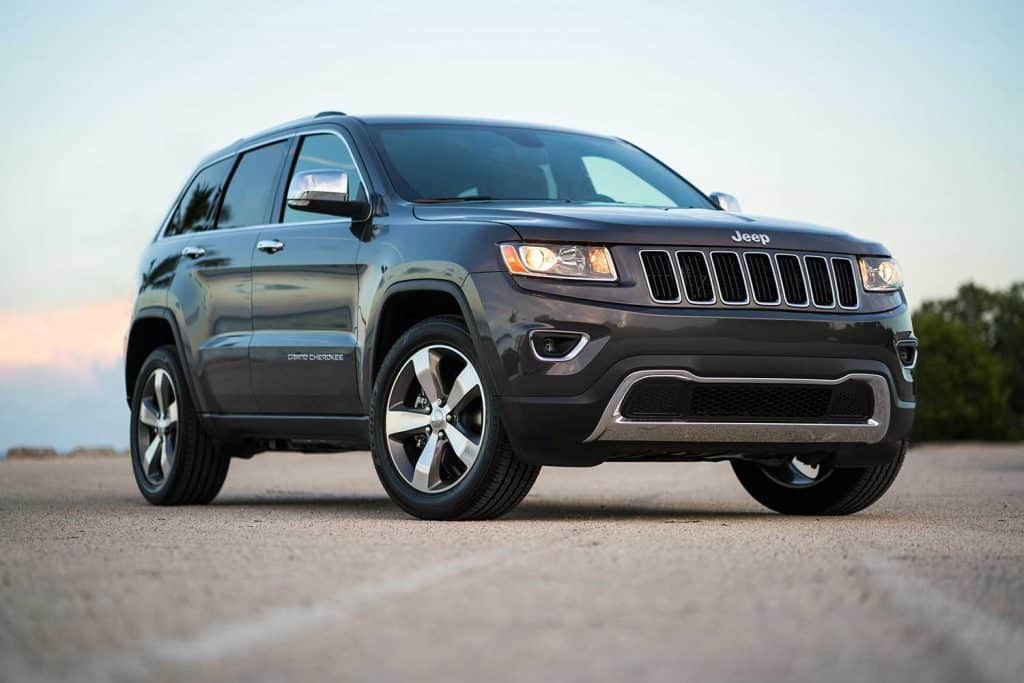 The Jeep Cherokee has been recalled 95 times, which places it at the top of the list for the number of recalls, in comparison to other Jeep Models, and compared to the Comanche, which is at the bottom of that list, with only 2 recalls, that is a pretty significant number. The CJ-7, Rubicon, and Sport haven’t had any recalls.

If you look at that across the different years that the Grand Jeep Cherokee has been available, the year that got the most recalls was the 2002 clocking in at 16 recalls, 2014 with 15 recalls, and 2004, with 14 recalls. The models from 2015 onwards, based on recalls, were having significantly fewer issues.

You may wonder whether all those recalls should make you worry, and how unusual they actually are as a practice in the auto industry.

Figures from the National Highway Traffic Safety Administration, the body responsible for enforcing recalls, shows that the numbers of recalls increased significantly around 2014/15.

The practice was first introduced in 1966, and the average number of recalls remained pretty steady at 10 to 20 million cars per year. The increase in 2014 and 2015 is attributed to Takata airbag inflators.

How Do I Know If My Vehicle Has Been Recalled?

You need to have your VIN to hand, and then you can go to the online search tool that is run by the government, and they can tell you if there are any open or unfixed recalls.

Do I Need To Take Notice Of It?

If you receive a recall notice you should take it seriously, and you should handle the issue as soon as you are able to. Some problems with your car may be minor, but a recall is generally issued because there is the potential that you could have an accident if it is not dealt with.

Will It be Expensive?

It won’t cost you if your car is recalled because of an NHTSA recall notice. Bring your notification letter with you, just in case there is any confusion. You will need to make sure you go get your car to an authorized dealer as they are in touch with the manufacturer.

Whereas a recall is issued in regards to a problem that is going to affect your safety and needs to be addressed as soon as possible, a technical service bulletin is more like a red flag has been raised, where a lot of owners have started to notice a problem with their vehicle.

Initially, the bulletin may serve the purpose of letting you know how to diagnose whether or not you have the problem, and if it is non-urgent, how to handle that issue.

Because a TSB is voluntary so you may have to pay for it, unless is covered under your warranty, or they set up a specific warranty period where they will cover the cost of replacement or repair. Outside of any warranty the owner is going to be responsible for parts and labor.

Solution: (Recall) Owners are advised to stop using their cruise control until a software update can be performed.

We are going to look at some common problems and the cost of them in more detail, but there are definitely some issues that have carried through the line with Jeep Grand Cherokees.

Power windows have been a particular bugbear, and this issue has plagued both the front and back windows, though more often it has been the driver’s window.

Due to heat, some people have suffered issues with warped front brake rotors, which can make the pedal and the steering wheel vibrate when you are stopping. This can be an issue as it increases stopping distance and can make the ride unpleasant.

The totally integrated power module (TIPM) that comes with newer models, which controls the electrical systems for the whole vehicle, meaning everything from windows to the fuel pump and electronic throttle control has been failing.

When your thermostat goes out it can cause the engine to overheat. Thankfully the part is inexpensive and easy to replace, something that cannot be said of your engine. If you miss the thermostat issue and your engine overheats, you are going to have to pay a visit to the mechanic.

Ignition issues have occurred that are not attributable to the TIPM is that there can be an issue with the keyless remote entry and ignition system. The wireless control module has stopped working and needs to be replaced.

Problem: Engine Not Starting Due To Wireless Control Module Fault

Solution: “On the car” brake lathe can correct variation in the rotor surfaces.

How Likely Is It I Am Going To Have To Repair My Grand Jeep Cherokee? 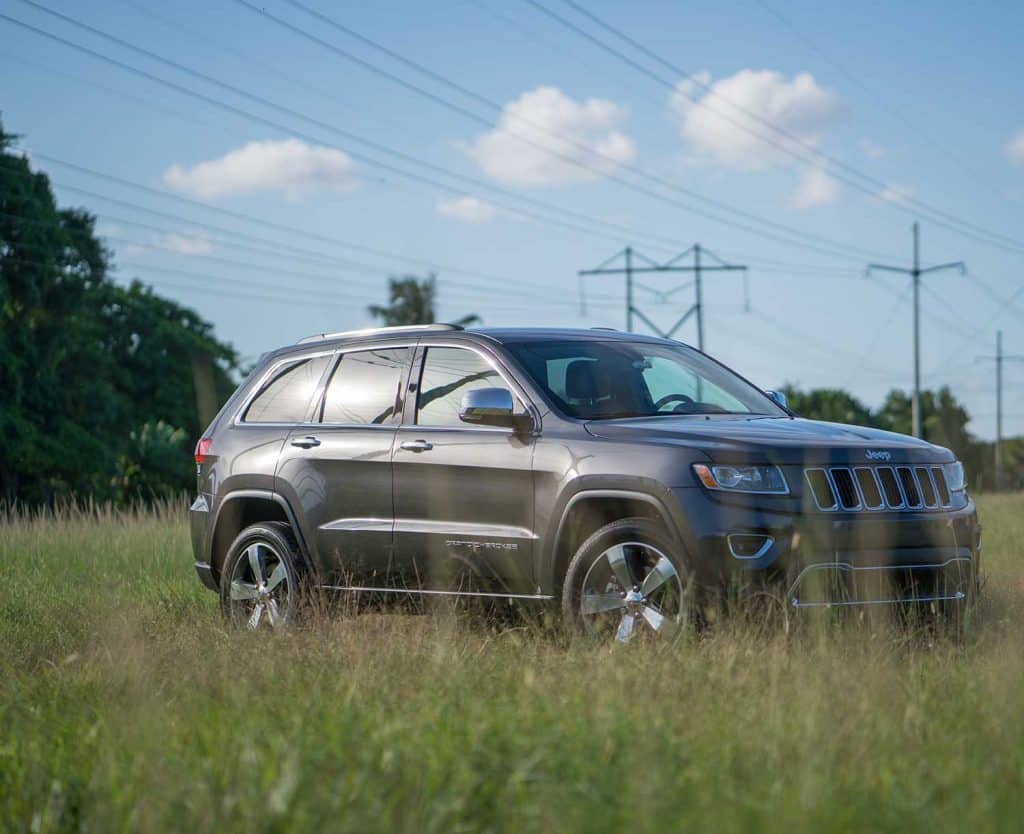 You may look at all this and wonder, with these statistics how reliable a Grand Jeep Cherokee is going to be.

Truedelta.com, which is a great source of information when it comes to this, look at the likelihood of you having to do a lot of repairs.

They do indicate that they don’t have large samples for a few of the models, but they have looked at whether the car has a chance of 3+ repairs, 1 or 2 repairs, or no repairs, and if they have 3 or more repairs in the year they are considered to be a lemon. The percentages are pretty good.

There are definitely some things that you need to keep an eye on when it comes to Jeep Grand Cherokee, but they are popular for a reason.

A lot of the issues that present themselves are things that get caught early with either technical bulletins or recalls, and there have not been any recalls on the same scale as there were with the 2014 model.

Those electrics, both in the windows, the keyless ignition systems, and the totally integrated power module, are kinks that you hope get worked out soon. They seem to be easy to fix but are continually popping up as problems.

Although there may not be a massive amount of data from owners on more recent models, you can see that there are not as many recalls or technical bulletins, and given that people have owned the 2017 and 2018 models for a while now, the fact that there are not a large number of reports of major problems should be seen as a good indication.

The base price is reasonable at an MSRP of $42,085. They get decent mpg with 19 mpg in the city and 26 mpg on the highway and the available options are also well priced. People who love it really love it, and you can see why. They are even cheaper to insure than average because Jeeps are a trusted name - they cost $1,124 annually, compared to the national average of $1,474.

The average cost for repairs in a year is $626 compare to $539 for midsize SUVS, while all vehicle models clock in at around $631, so it is pretty average in that regards, and the 2019 Cherokee seems to be getting much more favorable reviews than 2015 even, which according to some sources was fair to poor when it came to reliability.

What Size Travel Trailer Can A Jeep Grand Cherokee Pull?