Many car enthusiasts prefer the Jeep Liberty because of its top-notch features. But it can still be susceptible to problems like a malfunctioning blower motor. So what’s wrong with the Jeep Liberty if its blower motor isn’t working? We researched the possible reasons for this and here’s what we found.

A Jeep Liberty’s blower motor may not work because of an underlying issue. Some possible sources of that component failing to work are:

Where Is The Blower Motor Usually Located? 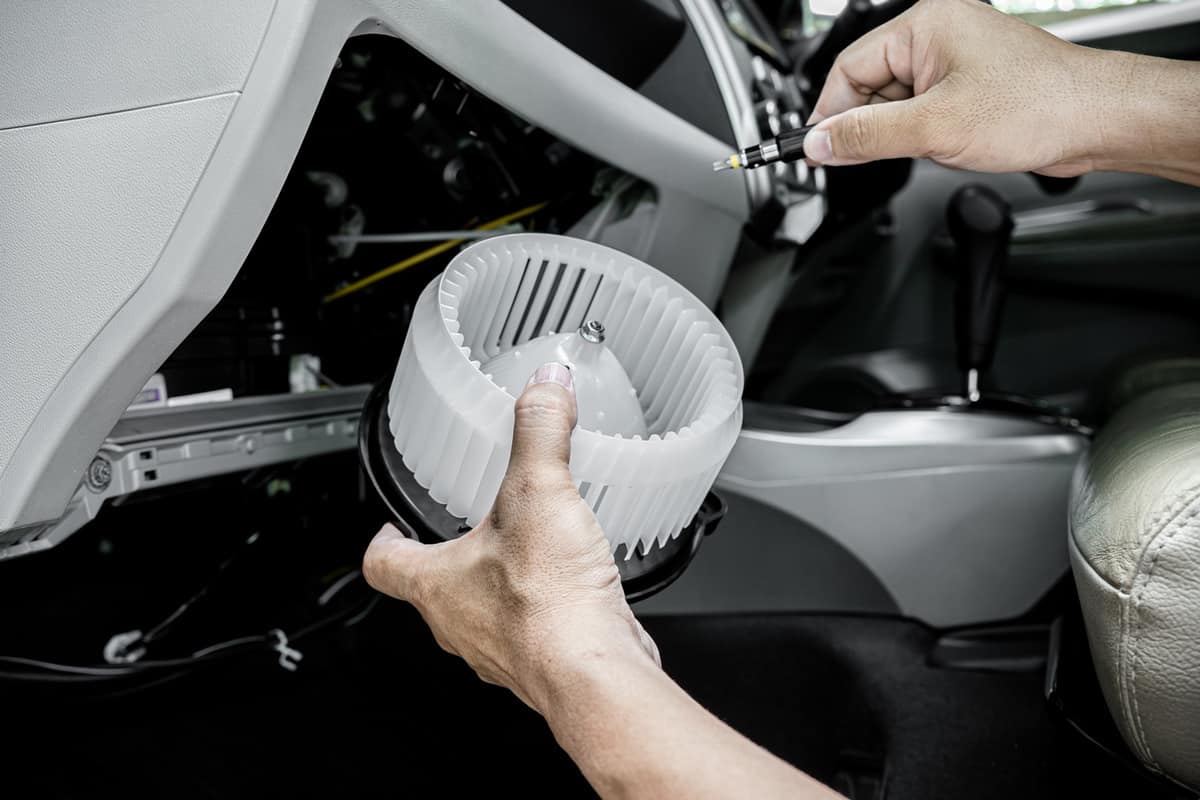 Generally, the blower motor in a vehicle is underneath the dashboard by the passenger side. Take note that this location may change based on the car’s specific brand and model.

For example, the 2004 Jeep Liberty has its blower motor resistor inside the glove compartment. Accessing this part demands pulling a lock in that area.

Why Is The Blower Motor In My Jeep Liberty Not Working? 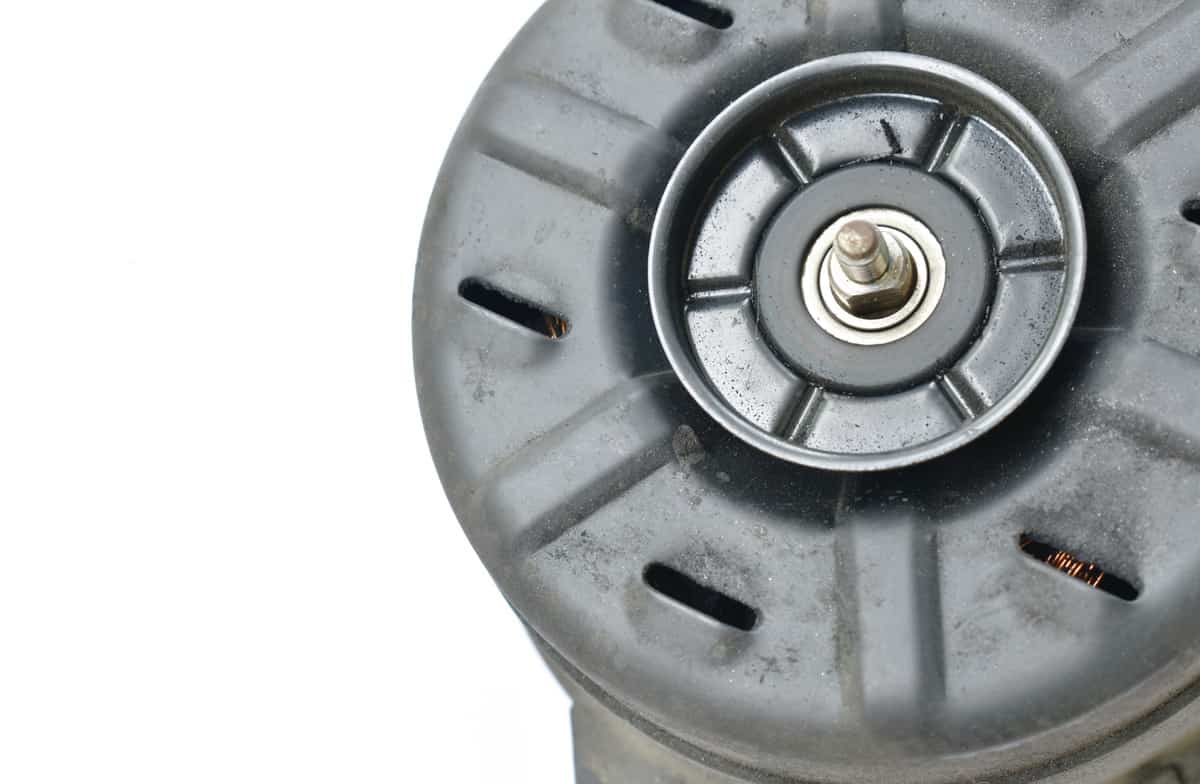 A Jeep Liberty’s blower motor may stop working because of different reasons. Some of these underlying issues may cause the blower to either stop functioning temporarily or permanently.

Take note that an automotive relay is a switch that works by allowing the vehicle to switch its electrical circuits to the on and off positions automatically. If this part fails, the blower motor will likely stop working as well.

Keep in mind that some Jeep Libertys may not have a blower motor relay, particularly for models with automatic climate control. Check your car owner’s manual to see if your automobile has this component so you can verify if it’s the one at fault for the bad blower motor.

The fuse connected to the blower motor might be faulty, causing a failure in delivering electricity to the blower motor. Bear in mind that car fuses come in different colors, shapes, and sizes. Also, it often demands sufficient expertise in electronics to repair or replace.

Make sure that you’re confident enough to handle the fuse of your Jeep Liberty to reduce the risks of expensive mistakes. You may also consult the manufacturer to help you with the location and replacement of the SUV’s blown fuse.

Check out this fuse box module for the 2012 Jeep Liberty on Amazon.

A damaged resistor would have trouble with or fail at providing optimal fan speed control to the blower motor. This fairly small component will show signs of malfunctions that often indicate that it’s the part at fault for the blower motor not working. Some of these symptoms are:

Check out this blower resistor module for 2002 to 2007 Jeep Libertys on Amazon.

How Do You Change The Blower Motor On A Jeep Liberty?

If you've found that the blower motor on your Jeep Liberty is beyond repair, replacing it may restore the car’s optimal functionality. Keep in mind that you shouldn’t tinker with the automobile if you don't possess sufficient knowledge and expertise in handling automotive equipment.

Continuing with this operation also means that you should follow proper safety protocols. For instance, make sure that you shut down the car’s engine before attempting to reach the blower motor. Also, wear equipment like a good pair of gloves to reduce the risks of direct skin contact with hot car parts.

Not to mention that you should consult your Jeep Liberty’s owner’s manual before you proceed with this replacement job. Reading the manual can help you locate the faulty blower motor and identify some steps that might be unique to the version of Liberty you own.

After taking note of those pieces of information, here’s a general guide on how to replace the blower motor on a Jeep Liberty:

Check out this replacement blower motor for 2008 to 2012 Jeep Liberty models on Amazon.

You can also watch the video below to learn more details about this replacement job:

How Much Should It Cost To Replace A Jeep Liberty Blower Motor?

A typical blower motor replacement for a Jeep Liberty costs about $112 for the parts. Owners can also choose to spend money on professional installation services, which generally have overheads of approximately $95.

Taking these factors into account should make Liberty owners expect to pay about $207 to complete the replacement.

What Are The Most Common Problems With Jeep Libertys? 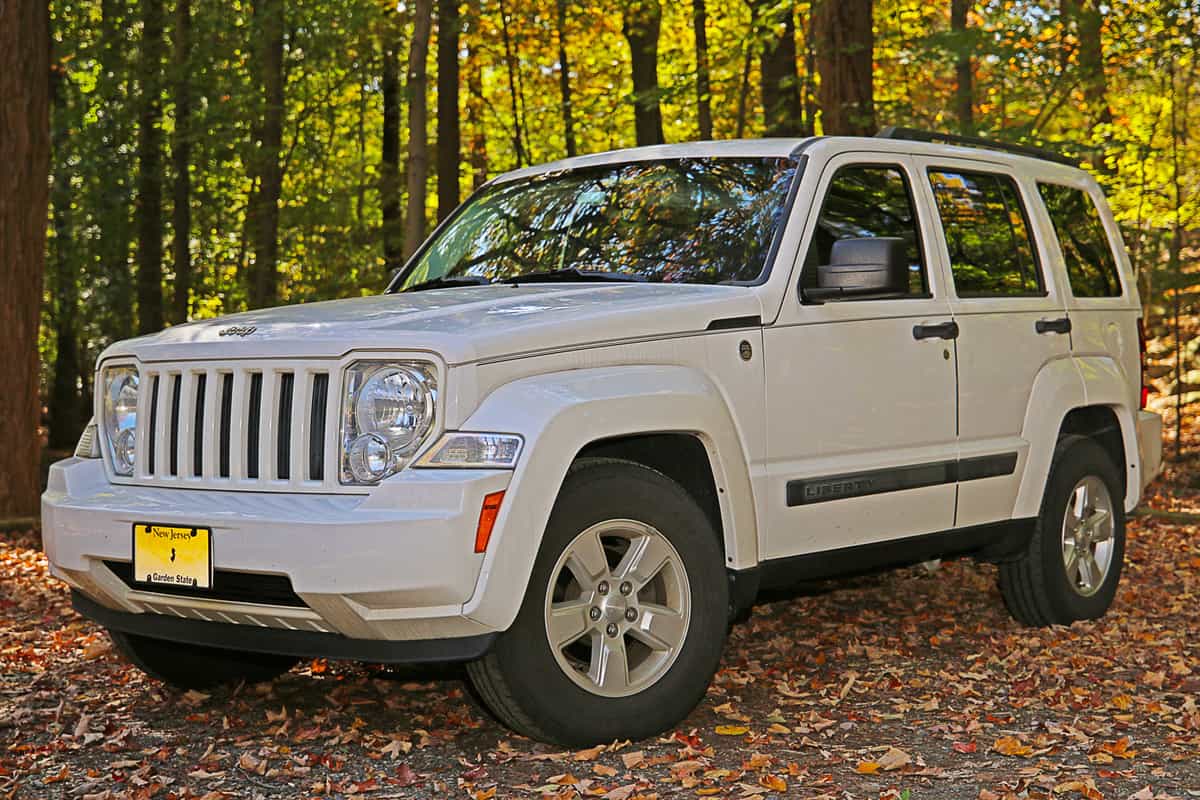 Jeep Liberty owners may experience some relatively common problems with these vehicles. Aside from encountering faulty blower motors, certain Liberty models may also come across these issues:

Some 2006 and 2007 Liberty vehicles may have power windows that get stuck in the door latch. The window might still open or close but may make a clicking noise while running. Some serious cases may prevent the adjacent door from opening.

A relatively common fix for this problem is to replace the faulty power window regulator. Despite replacing this part, some owners reported that the issue persists. In fact, Chrysler received a federal class-action lawsuit because of the high volume of complaints.

Check out this replacement power window regulator for the 2002 to 2006 Jeep Liberty on Amazon.

You can also watch the video below to learn how to replace the power window regulator on a Jeep Liberty:

Some 2002 to 2010 Jeep Liberty models may encounter issues with their transmission systems. For instance, certain 2002 to 2010 manual transmission Liberty SUVs may release from the first gear while accelerating.

Also, some 2003, 2006, 2010 Jeep Liberty units with automatic transmissions might become locked in one gear.

These issues generally come from a malfunctioning synchronizer assembly. Replacing this module may solve this dilemma. Users may also try to solve these problems by reprogramming these vehicles’ powertrain control modules (PCMs).

Check out this replacement synchronizer assembly on Amazon.

Brake lock-ups may occur on some 2005 Jeep Liberty units because of damaged fuel filler necks. These faulty parts lead to gas tank overflows, resulting in gas splattering to different parts of the vehicle during fuel refills.

The model preceding the 2005 model also had more problematic concerns with its brakes. Some users complained about the front brakes of the 2004 Liberty locking up even while the SUV is still in motion.

At the time of writing, Chrysler didn’t issue a recall for 2004 Jeep Liberty units with faulty brake systems. However, the carmaker recalled different Liberty vehicles produced in the same year with fuel system and gasoline storage tank leaks.

2008 to 2010 Jeep Liberty units may experience issues with their sunroofs failing to work. This problem usually comes from the material getting stuck. If it works, the sunroof may slide while making unknown and concerning noises.

This issue led to a class-action lawsuit against the carmaker. The lawsuit mentioned that the carmaker failed to disclose information to its customers that the sunroofs of different vehicles from the company (e.g., Liberty, Compass, and Commander) need to have their drain tubes drained.

A Jeep Liberty blower motor failing to work properly might indicate a problem with its relay, resistor, or fuse. Make sure to apply the correct repair or replacement method based on the source of the problem. If all else fails, replacing the blower motor may restore proper functionality to the module.

If you liked what you read, make sure to read these posts:

Car AC Turns On And Off Randomly – What’s Going On?