Did you recently experience losing power on your Jeep, and you’re wondering what could be causing it? Wonder no more, for we have researched this question, and we have the answer for you.

The most likely culprit is a malfunction in the fuel system. There could be a failure in any of the parts below that led to the malfunction:

Let’s talk about each of these parts in greater detail in the sections below. Knowing more about each can help you determine what might be causing the sudden power loss on your Jeep. Read on! 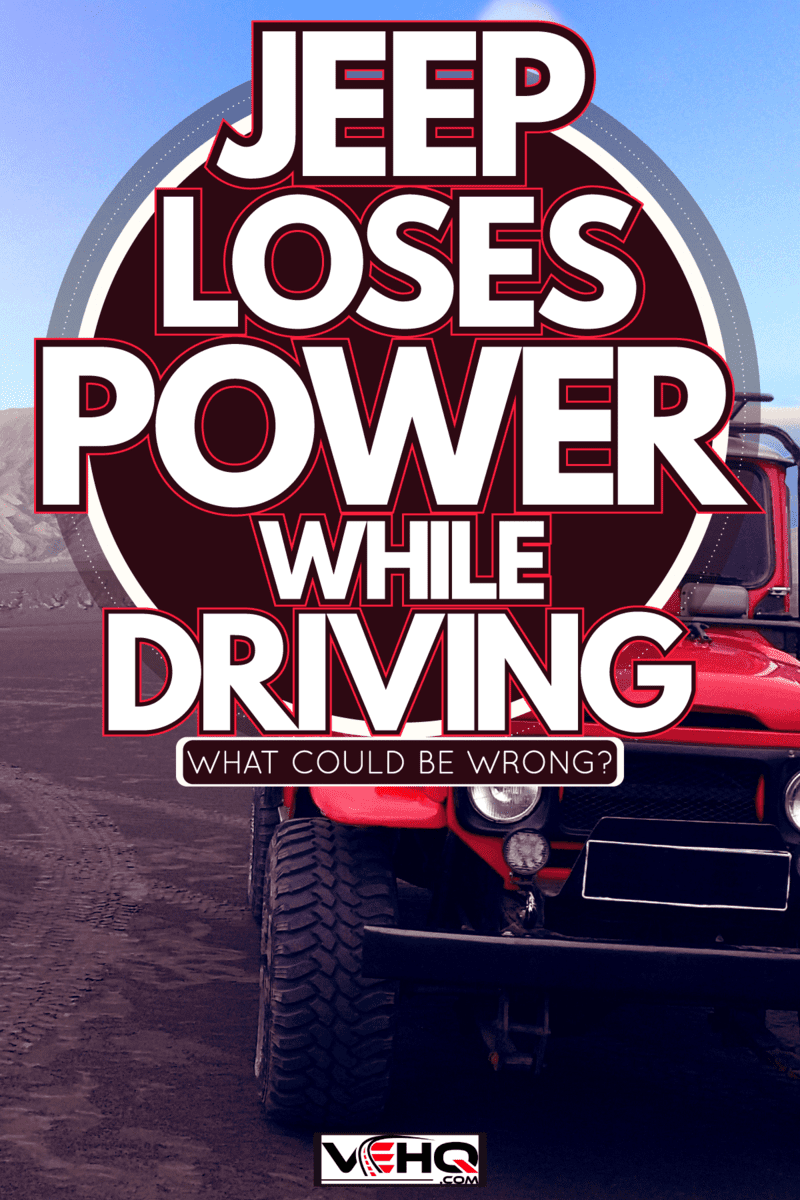 Can bad fuel injectors cause loss of power?

The fuel injector is responsible for controlling the amount of fuel that goes into the engine. It sprays fuel during the power stroke which ensures optimum combustion and engine efficiency. 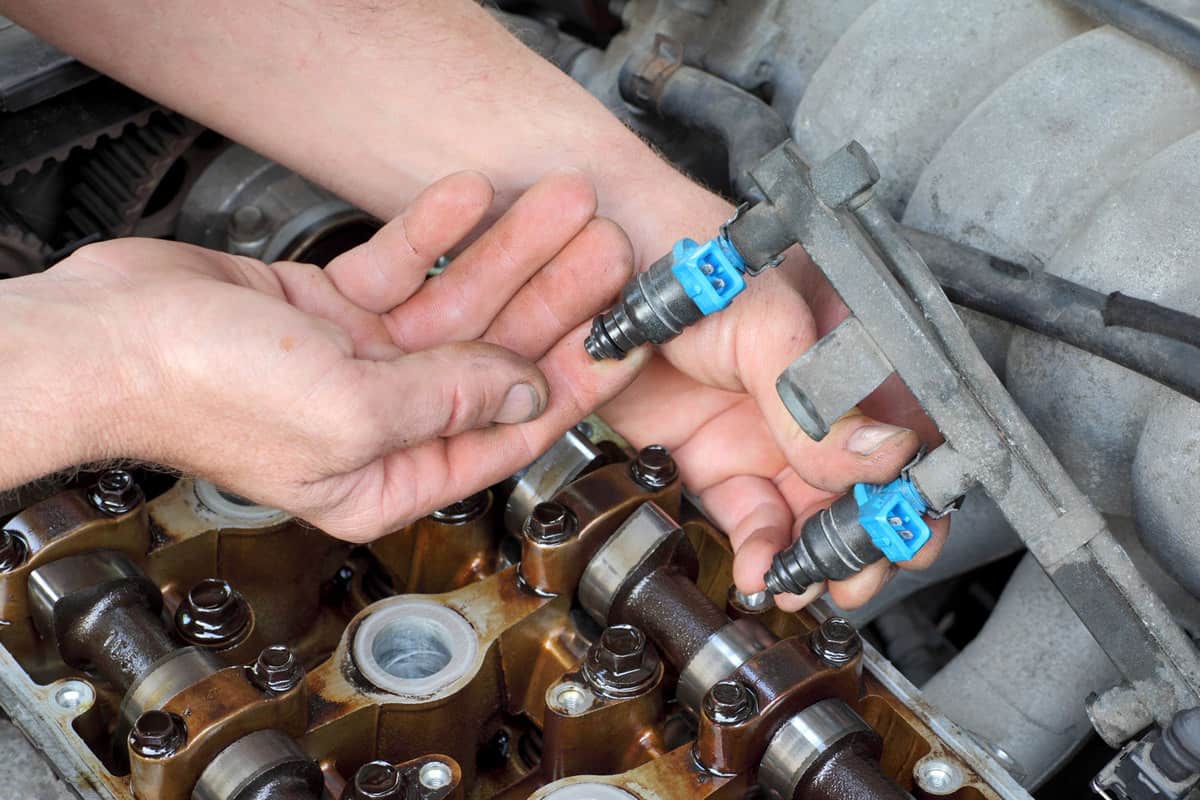 However, like any part of your Jeep, the fuel injector can develop problems when not maintained properly. Here are some of the problems caused by a problematic fuel injector.

An engine misfire is when you do not get an immediate response from your Jeep after stepping on the gas pedal. Sometimes, this can be a delayed response instead of a total absence of response.

Your Jeep’s ECU monitors and controls the amount of fuel that goes into the engine. It sends a signal to the fuel injectors when to inject fuel and how much.

If a fuel injector doesn’t deliver the right amount of fuel at the right time, there will be a problem with the fuel-to-air mix inside the combustion chamber. This equates to a problem with engine response.

A delayed engine response leads to a delayed acceleration response.

An engine that is not getting an even or not enough fuel supply will stall. This manifests as a sudden drop in RPM. If the RPM drops too low, the engine will stop, and you will need to restart.

A cylinder that cannot get enough fuel will cause the engine to vibrate or hiccup. This is a sign that the engine is struggling to finish the cycle with an absence or a lack of fuel.

Check engine light is on

A bad fuel injector can do the opposite of not providing enough fuel for the engine. It can spray too much fuel, which can cause a surge in the RPM of your Jeep.

In some situations, your engine will lose RPM then it will suddenly regain what it lost. This is best checked by an OBD2 scanner too.

Can a faulty fuel line cause Jeep power loss?

A fuel line is a hose or pipe that moves liquid fuel or fuel vapor from one location of the vehicle to another. You’d be more interested in the fuel lines going to the fuel injectors if you’re experiencing power loss on your Jeep.

The fuel injection system in your Jeep can produce up to 50 psi or more. This pressure is higher than the normal pressure that goes through a standard fuel injection line.

If there is nothing wrong with your fuel injector, then the problem could be with the fuel injection lines.

What are the symptoms of a bad fuel line? 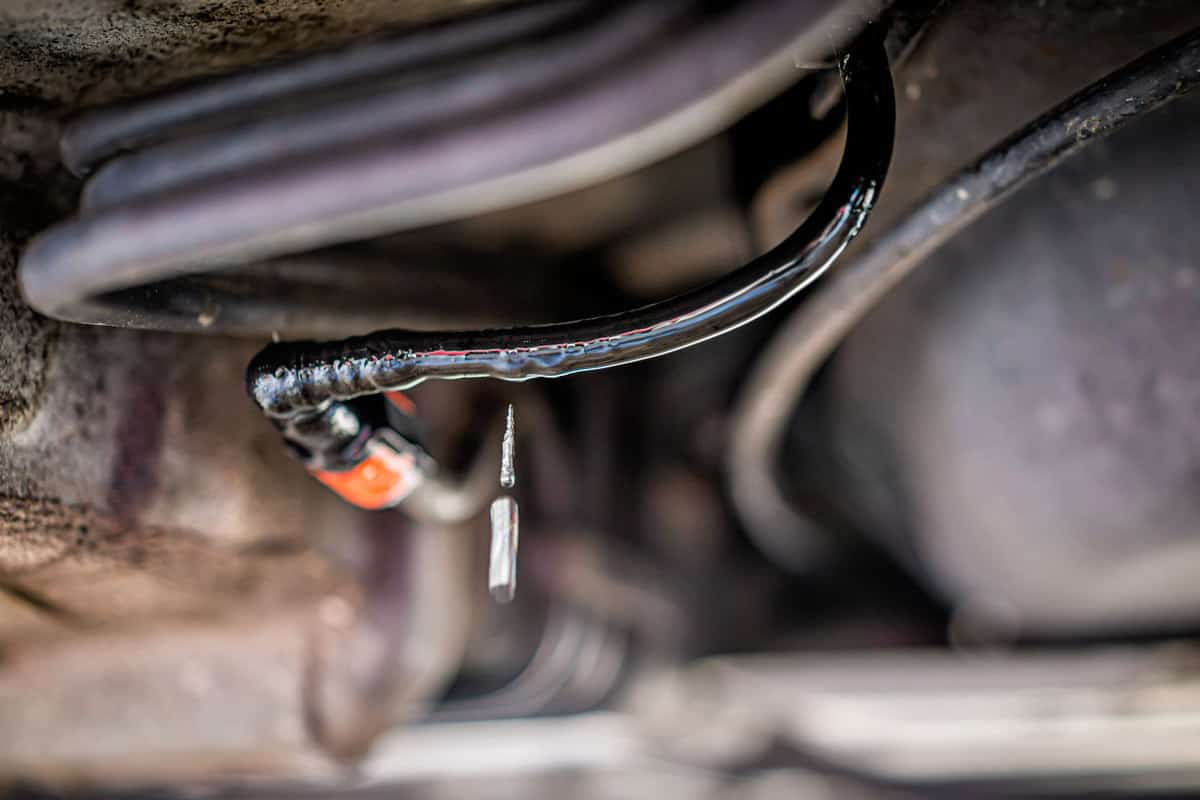 Vehicles with high mileage will start to have fuel lines that have dried out and are starting to leak fuel vapors. Leaks in the fuel lines can create a faint or strong gasoline odor.

It is a good idea to have these leaks checked immediately because it can easily become a bigger leak that equates to a bigger problem.

A leaky fuel injection line will have symptoms that are similar to a bad fuel injector.

A more serious symptom of bad fuel lines is leaking fuel. A weakened fuel line that eventually ruptures will cause fuel to leak out.

A leaky fuel line will produce fuel drips or even small puddles if the leak is really bad under your Jeep. The leaks can be at the front or at the back of your Jeep.

Fuel leaks should be treated as an urgent issue that needs to be fixed ASAP. At this point, the performance issues of the engine become second only to resolving the safety hazard that fuel leaks bring.

Can a fuel pump make you lose power?

A fuel pump maintains the fuel pressure needed by the engine. A fuel pump can be a low-pressure mechanical pump for older carbureted engines. Or it can be electric fuel pumps that supply fuel at pressures between 30 to 85 psi.

The pressure provided by the fuel pump must fall within the engine's requirements.

What are the symptoms of a bad fuel pump?

A bad fuel pump can cause symptoms that are similar to a bad fuel injector. The only unique symptom is noise inside the fuel tank.

Can a bad fuel filter cause Jeep stalling? 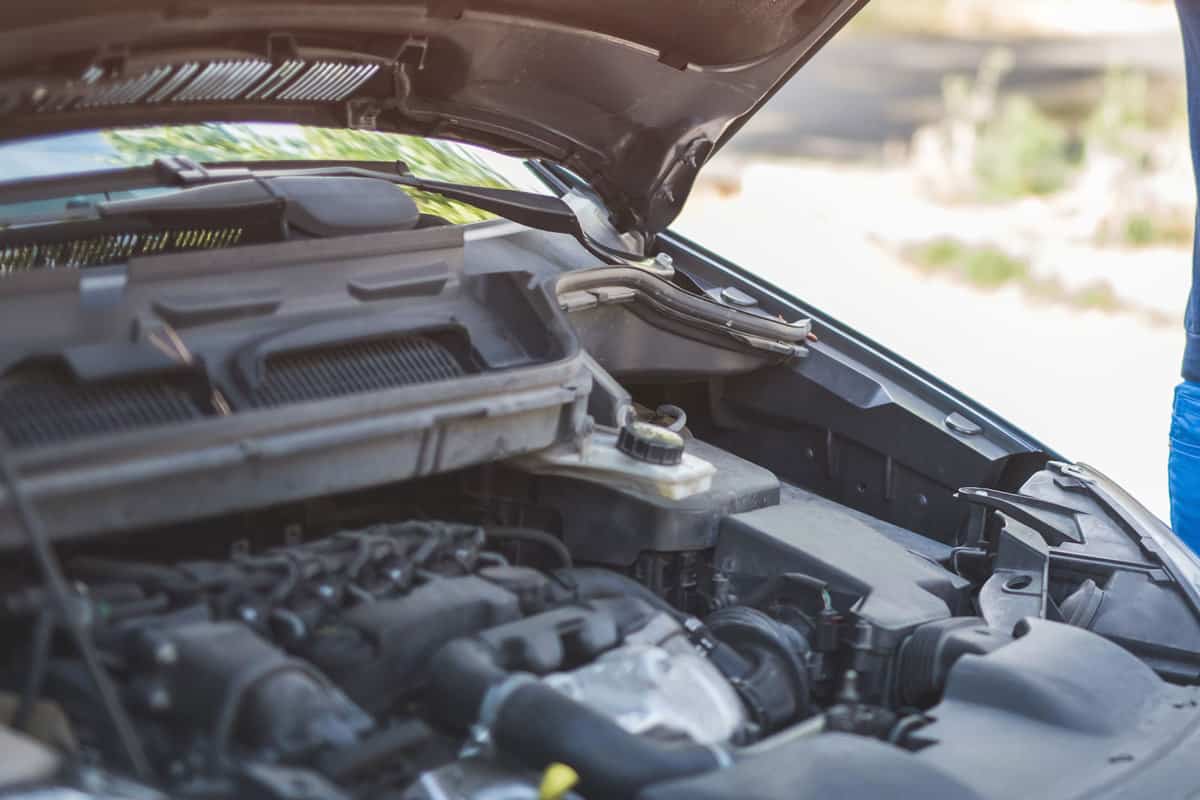 A fuel filter is a type of filter that prevents dirt and rust particles from getting to the fuel injectors and to the engine. These are usually made of filter paper inside cartridges.

Your Jeep's fuel filters should be replaced regularly. The high pressure inside the fuel lines can push debris or dirt caught by the fuel filter. This can force the dirt or debris through the fuel filter to reach the fuel injector.

Fortunately, fuel filters are quite cheap to replace and maintain. Listed below are some of the signs that you need to replace your fuel filter.

The ACDelco TP1015 professional fuel filter with seals is available on Amazon. Check it out through this link.

A dirty fuel filter can cause your engine to stall and lose power. The duration of a stall depends on the severity of the clog on your fuel filter. The loss of power becomes more frequent and more severe as the clog in the fuel filter becomes worse.

Don’t wait for the loss of power to get worse before you replace your fuel filter. You need to prevent dirt and debris from getting through a dirty fuel filter and clogging your fuel injector.

A clogged fuel filter negatively impacts engine performance. It can cause the engine to hesitate, sputter, surge, or stall.

Hard to start your engine

A clogged fuel filter will require longer cranking to start your engine. Although it is rare for a fuel filter to prevent an engine from starting, repeatedly cranking your engine can damage the starter.

Can a bad MAF sensor cause engine to stall? 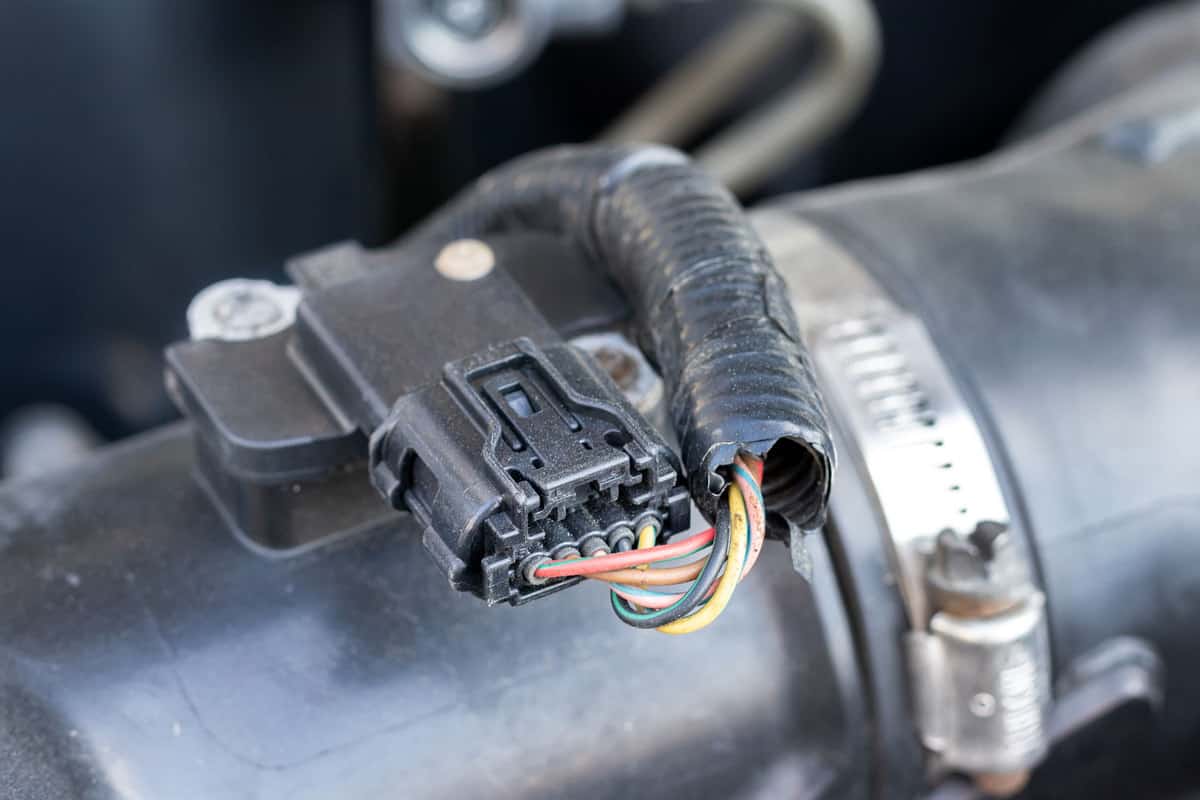 A mass airflow sensor or a MAF sensor is a part of your Jeep’s fuel injection system. It is responsible for calculating the amount of air that the combustion chamber needs.

What are the symptoms of a bad MAF sensor?

A bad MAF sensor can cause too much unburned fuel to be left in the combustion chamber. This can cause detonations that can damage the engine.

Additionally, a bad MAF sensor can cause sudden loss of power, jerking, or hesitation. This can happen while you’re driving on a suburban street or speeding on a freeway.

Fortunately, most issues with a faulty MAF sensor can be fixed by cleaning the sensor. If cleaning doesn’t solve the problem, replacing the MAF sensor can easily be done too. 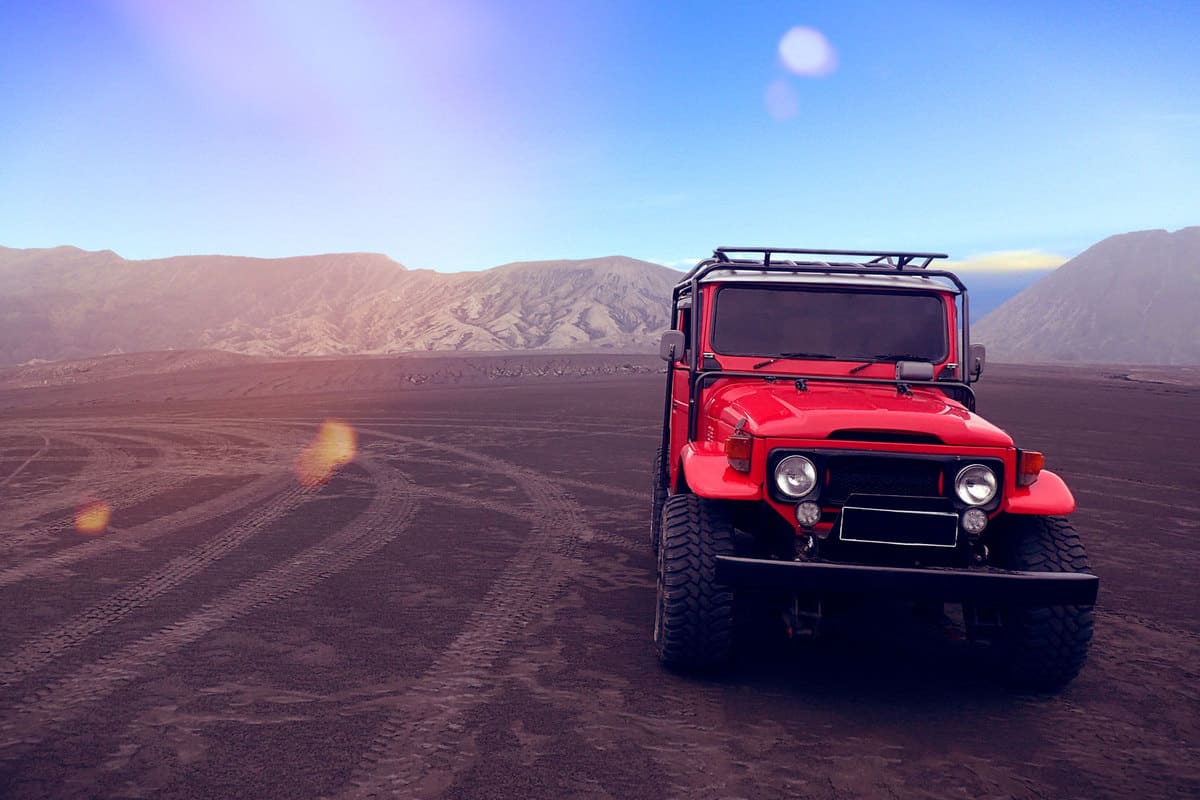 There are many reasons why your Jeep would suddenly lose power. Waiting for additional symptoms might make it too late to replace the problematic part before it can get worse. Thus, the best course of action for sudden engine power loss is to immediately bring it to a service center.

How To Insulate A Jeep Hardtop?