Virtually every model vehicle will have different trim levels, each of which will equip the vehicle with different features and amenities. If you are considering a Kia Sorento and want to know how the LX and EX differ, we can help you. We researched the Kia Sorento from multiple professional sources, so you will get a definitive answer on what makes one different from the other.

Now that we know the main ways these two trim levels differ, we'll take a closer look at them. You might also be wondering if the Kia Sorento is worth buying or what problems a Kia Sorento might have. For the answers to these questions and more, read ahead in this post to see what our research has uncovered. 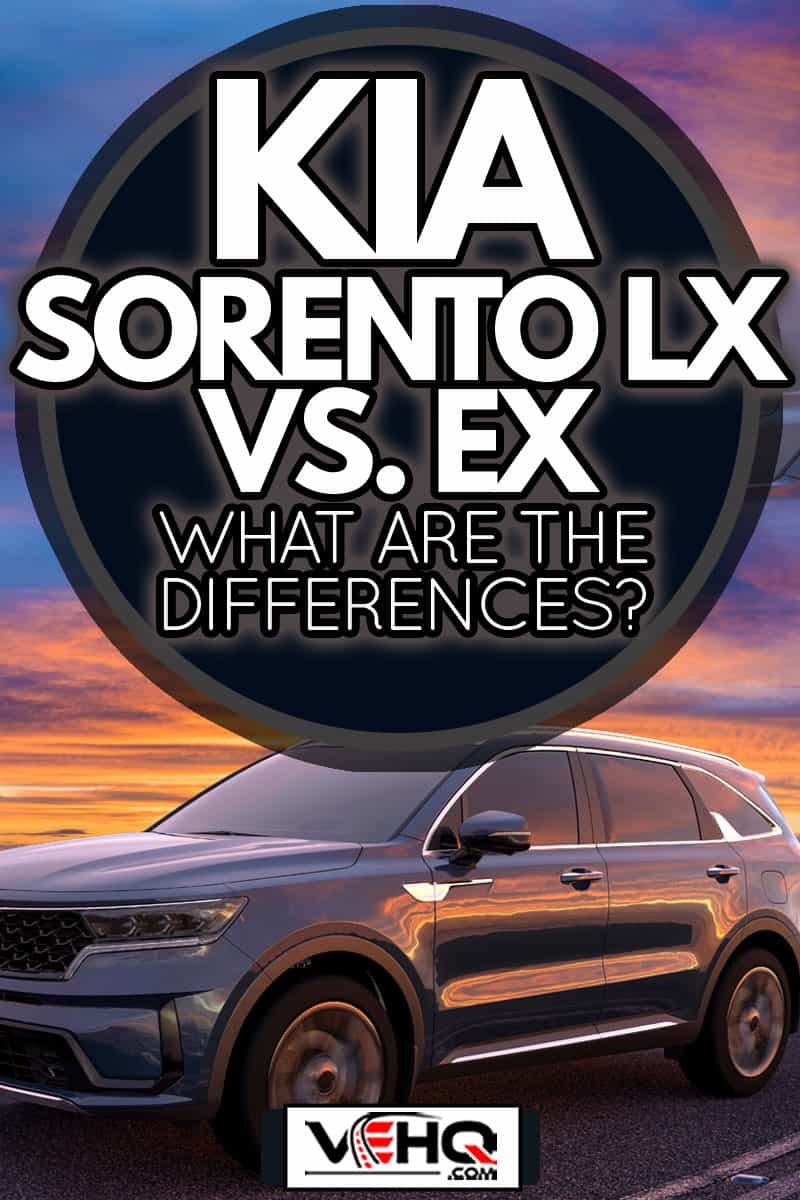 Breaking down the differences between the LX and EX 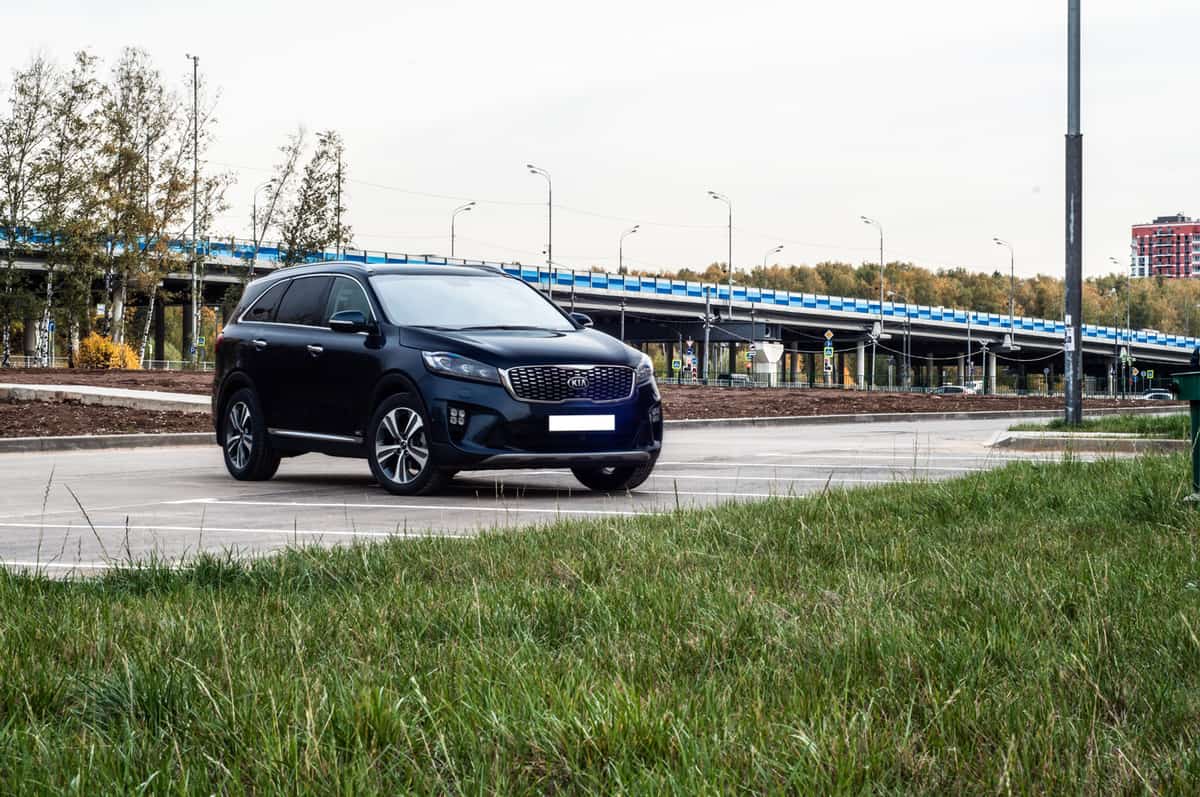 Having trim levels differ so much from each other isn't too uncommon. This is especially true when comparing a base-level trim like the LX to a mid-level one like the EX. After researching the Kia Sorento, we found that you will notice the differences between these two trim levels on sight.

The base model LX has a rugged body styling. The front of the SUV has a black front grille that is bookended by a matte black rear spoiler. Flanking on either side of the LX are mirrors matching the body color. The lower doors are accented matte black, and the window surrounds are satin chrome. It rides on 17-inch alloy wheels.

By comparison, the EX has a sporty body styling. There is a black gloss finish on both the front grille and rear spoiler, and on the lower door accent, window surrounds outside mirrors and spoilers. This trim level also has a shark fin antenna and roof rails. It rides on 18-inch machine finish alloy wheels.

Under the hood of each trim level are two different engines. Let's take a peek at them one by one.

The fuel economy of the EX is 22 city/29 highway, with a combined 25 miles per gallon [front-wheel drive].

The towing capacity of the EX is noticeably more than the LX. The EX can tow up to 3,500 pounds behind it.

Though the EX and LX both have a push-button start, only the EX has a remote engine start.

Finally, the seats of the LX are six-way manually adjustable, upholstered in cloth. A second row is a bench seat. The EX has a ten-way electronically adjusted driver's seat and heated front seats. The middle row of seats is bucket seats, which makes the passenger capacity six instead of the LX's seven.

What are the different Kia Sorento models? 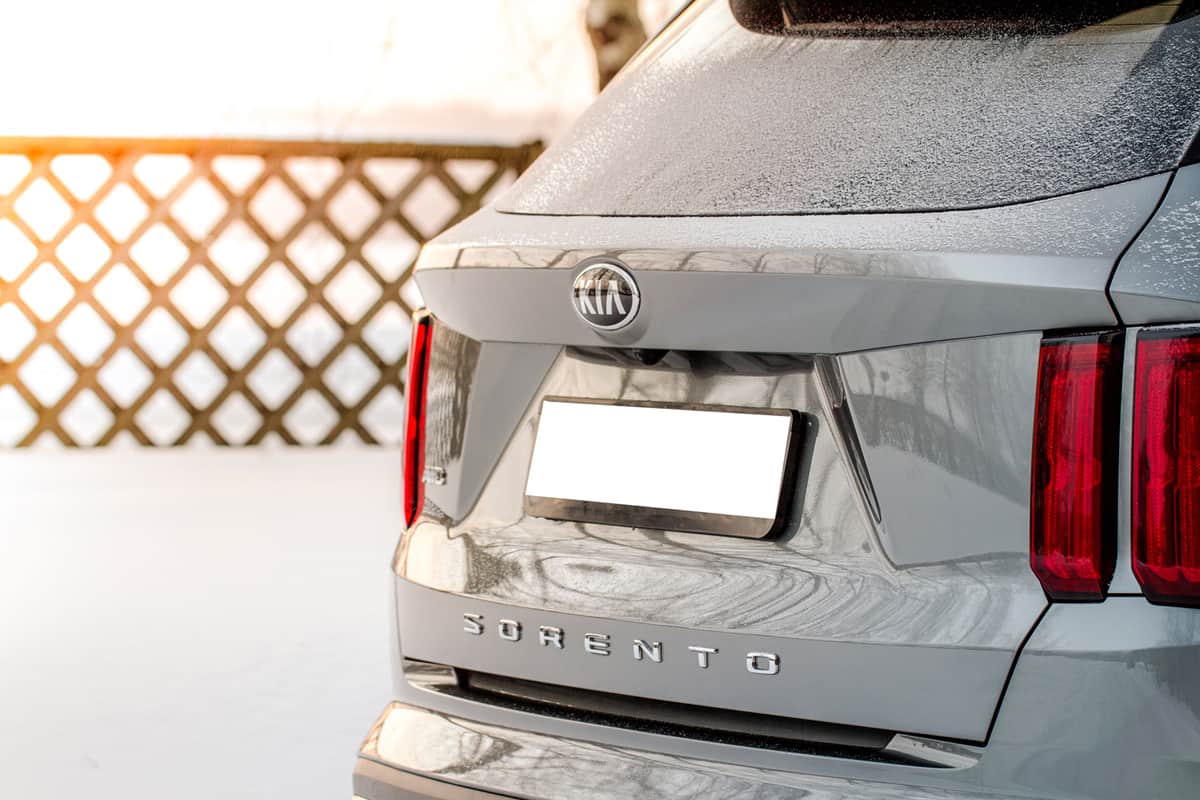 As with most model vehicles, the Kia Sorento has many trim levels to choose from. We have listed them below and the starting MSRP for each one. For the 2022 model year, they are:

What does EX mean on a Kia?

Automakers will often assign each trim level with a series of abbreviated letters. While you might not think these stand for anything, many of them signify a set of features about the vehicle or honor a person or location.

Kia tells us that the "EX" and "X" are short for "Extra." They further explain the abbreviations for other trim levels. They are:

What is the top model Kia Sorento?

The top-tier trim level of the Kia Sorento is the Prestige. It has all of the features we listed earlier in this post for the EX but adds heated rear seats and heated/cooled front seats. It also has a heated steering wheel.

Onboard is a premium sound system with a 12-speaker Bose stereo. The Prestige also has memory seats and a 12.3-inch LCD infotainment screen. The driver's seat is 14-way power-adjustable.

To add the optimum amount of comfort to the ride are genuine leather seats. This adds a smooth and soft upholstery that feels great and has a sleek look. 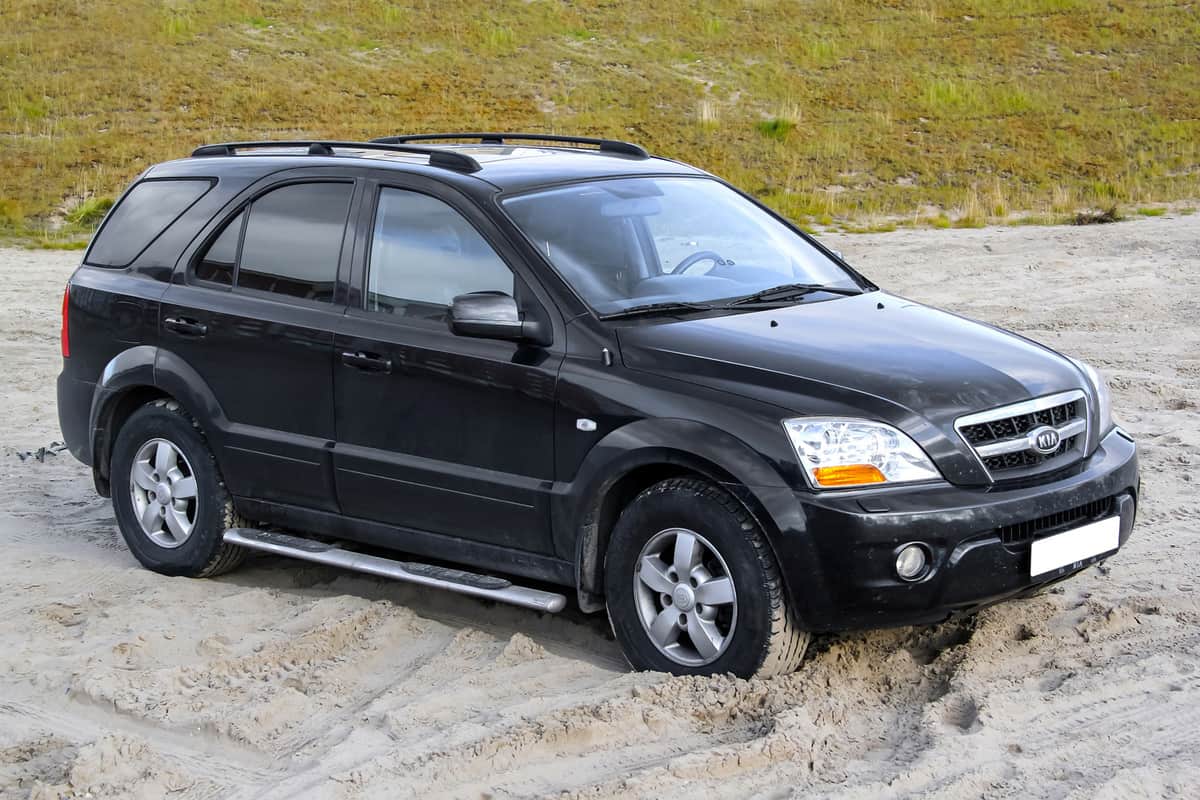 Is the Kia Sorento worth buying?

With a starting price tag of under $30,000 for the base trim LX, the Kia Sorento is undoubtedly worth considering based on the value alone. Even the LX has terrific onboard features. Overall, the model has an 8.0 out of 10.0 rating from U.S. News and World Report and a 77/100 from J.D. Power and Associates for overall reliability.

The 2022 Sorento was ranked 10th in mid-sized SUVs, earning it a respectable place in its class. If this year's model has the longevity of previous years, you can expect it to last well over 200,000 miles on the road.

While you can get a larger mid-sized SUV with more creature comforts on board, you won't find many that rival the Sorento in overall value. You get a lot of bang for your buck with this lower price tag and get an SUV with a high safety rating and a reputation for dependability. 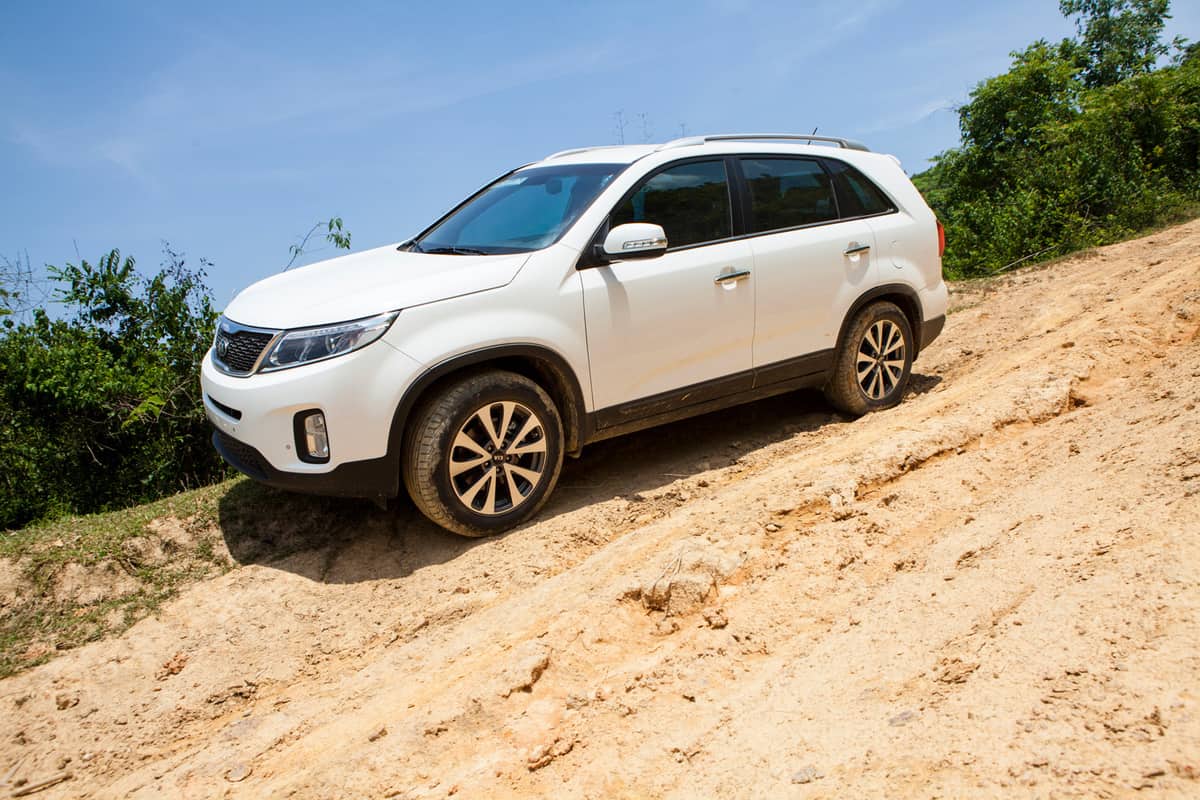 What problems do a Kia Sorento have?

No matter how solid a car manufacturer's reputation for dependability, there will be a model year or two that don't hold up with the rest. In the case of the Kia Sorento, the second generation had more than its fair share of problems, with 2016 year being the worst one.

For that model year, engine failure was the number one consumer complaint. The 2016 Sorento was the subject of six recalls, with the most substantial one being a leaky high-pressure fuel pipe.

Be cautious about purchasing Kia Sorentos produced from 2011 to 2016. Since the third generation began in 2017, the redesign has only experienced minimal issues. 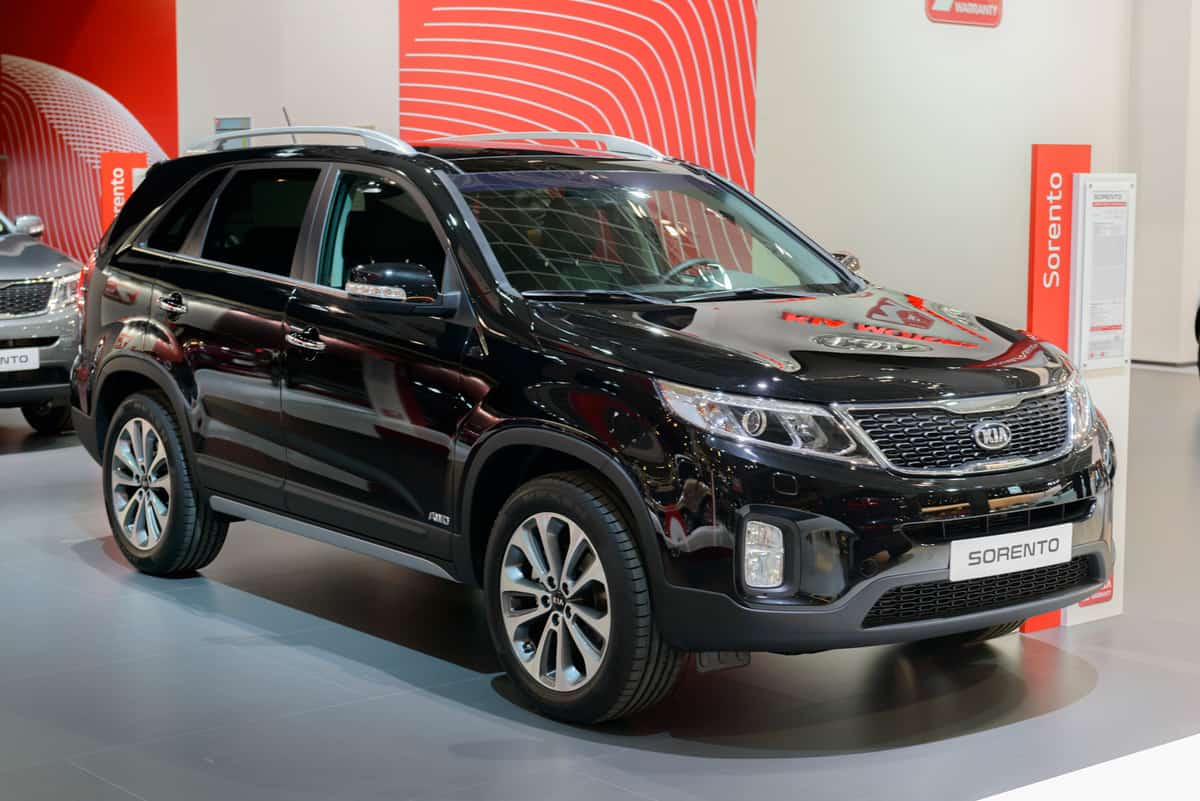 The LX and EX trim levels for the Kia Sorento differ from the inside out. The base model LX has a rugged body appearance and some up-to-date onboard features but lacks many of the amenities of the EX. The Sedona is a great value for a mid-sized SUV and is highly rated by consumer agencies. Drive safe!

If you found this post on the Kia Sorento to be helpful, we suggest reading the following posts about this popular automaker:

Does The Kia Sorento Have A Sunroof? [By Year And Trim Level]

How Much Can A Kia Sorento Tow? [Can It Tow A Camper?]

Kia Sorento Auto Hold Won't' Turn Off – What To Do?