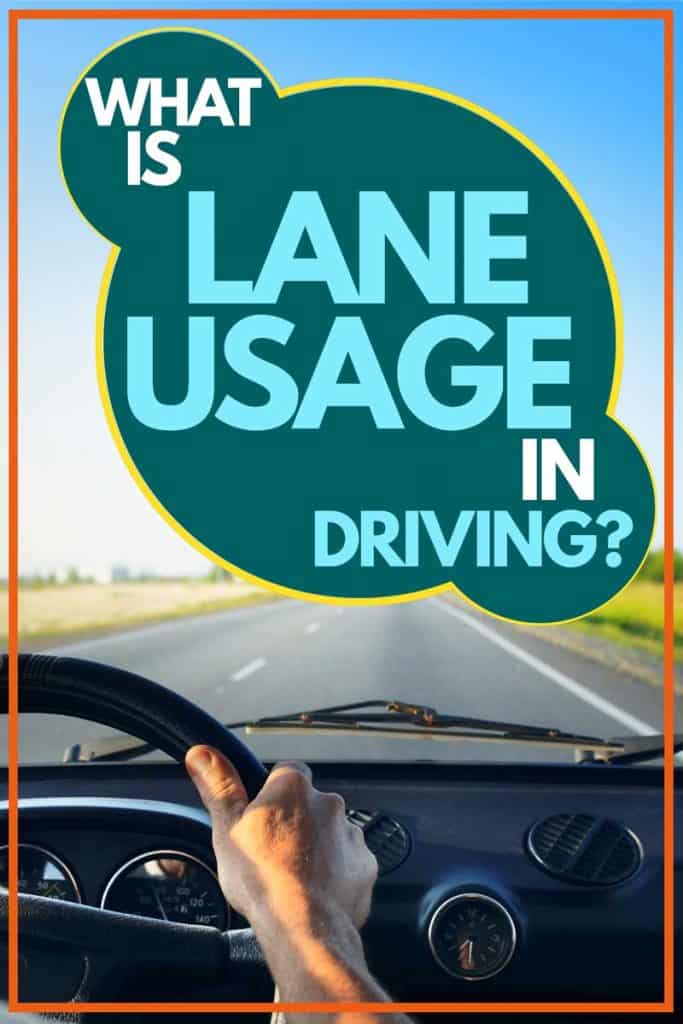 Whether you have driven for several years or are new to the roadways, drivers across the United States follow the ‘rules-of-the-road’ when it comes to lane courtesy. Driving safely and being courteous reduces the risk of accidents. You might be wondering what is lane usage when you travel on the roadways in your area. It is good to have a refresher when it comes to the 'rules-of-the-road' regarding lane courtesy no matter how seasoned a driver you are.

The term ‘lane usage’ refers to how you should maneuver when driving on roads with two or more lanes of traffic moving in the same direction. Lane usage informs drivers in which lane you should primarily travel, from which lane to enter or exit the roadway, and which lane is the passing lane. State and federal laws regulate lane usage for the purpose of traffic safety.

Now you are probably thinking about lane usage for your specific state or region. Let's discuss lane usage for two-lane and multiple-lane roadways. Throughout the United States, the courteous use of lanes is relatively uniform however, there are also state and federal restrictions on lane usage in order to keep traffic moving. Keep reading to learn more about lane usage.

What Lane are You Supposed to Drive In?

Be mindful to not exceed the posted speed limit on the roadway because speeding is not only dangerous but also illegal. Driving over the speed limit could result in an accident, fines, or restrictions on your driver's license. You can check for your state’s maximum posted speed limits on this comprehensive, online list provided by the Insurance Institute for Highway Safety (IIHS).

Alternatively, driving too slowly in a fast-moving lane can impede the flow of traffic or cause other drivers to make dangerous passing maneuvers. Be sure to match your speed to the traffic flow of the lane you are traveling in.

Which Lane is the Passing Lane?

In all 50 states drivers are permitted to use the left lane for passing when there is more than one lane of vehicles moving in the same direction. State ‘keep right’ laws specify that, regardless of the speed limit, slower drivers should yield to the right of drivers passing on the left. These laws are intended to keep the left lane clear so the flow of traffic moves smoothly.

To safely pass a slower moving vehicle, you should first indicate your intention by putting on your left turn signal. Check for vehicles behind you and to the side of you in the rear-view and side-view mirrors. Be especially cautious of your vehicle’s blind spot by turning your head to look for oncoming vehicles before changing lanes. When there is a clear gap, make your move to the left lane.

Passing in the right lane not permitted in most states unless the vehicle you are passing is making a legal left-hand turn and there is plenty of room on the road for you to pass on the right without driving onto the road's shoulder.

How do You Stay in Your Lane When Driving?

Learning to keep your vehicle centered in the lane takes practice and alertness. Driving lanes are marked by solid lines. You want to keep your vehicle centered between the lines by looking straight ahead and steering to align the center of your vehicle’s hood mid-way between the lane lines. Try not to focus directly on the car ahead of you, rather look ahead frequently for helpful landmarks such as overhead traffic lights or highway signs that should be positioned over the center of the car’s hood when passing beneath.

Passing lanes are marked by dashed lines. You want to keep your vehicle centered between the dashed lines unless you intend to pass another vehicle. If passing, wait for a clear gap in traffic before crossing the dashed lines into the next lane. Use the center of the passing lane to allow ample room to pass. Cross the dashed lines again to return to your lane after you have clearly passed the slower moving vehicle. Always allow one to two car's lengths of space between your vehicle and others.

Why Driving Slow in the Left Lane is Dangerous?

Most drivers get annoyed when cruising down the highway at a reasonable speed to encounter a slower driver occupying the left lane. But, the left lane should not be used for anything other than passing. Driving slowly in the left lane is not only illegal in a majority of states, but it is also dangerous. Traffic research has found that a small number of drivers exponentially affect the traffic flow in congested areas. Keeping to the right keeps drivers and passengers safe and traffic moving fluidly.

Slower drivers in the left lane create traffic back-ups by forcing faster drivers to slow down suddenly. A chain reaction occurs when the left lane is blocked and since vehicles cannot pass one another, both lanes of traffic will get congested.

Is Driving Slow in the Left Lane Illegal?

Driving slowly in the left lane is restricted by most states in order to keep the left lane clear for use as a passing only lane. States such as Texas, California, and New York follow the Uniform Vehicle Code by mandating that vehicles traveling slower than the normal speed should keep to the right lane. The Uniform Vehicle Code is a set of federally issued guidelines for states to follow to create uniform driving laws across the United States.

Some state laws do vary from the Uniform Vehicle Code. Florida, for example, mandates drivers who block the flow of traffic in the left lane must yield right. A few states such as Maine, Louisiana, and Kansas mandate that the left lane can only be used for passing and drivers are not permitted to travel in the left lane even when moving with the speed of traffic. You can check the keep right laws for your state here.

Do Highway Lanes Only Merge from the Right Side?

As you approach or exit a highway from an entrance/exit ramp, you should be alert for oncoming traffic by checking your rear-view and side-view mirrors and turning your head to check the blind spot. Use your turn signal to indicate that you would like to merge into the flow of traffic. Steadily increase or decrease your speed to match the flow of traffic in the lane you are merging, and make your move when there is a clear gap. Drivers using lane courtesy will typically try to slow down, speed up, or change lanes to make room for you if safely possible.

Identifying lanes is not only important to drivers for lane courtesy but essential for emergency response teams to accurately communicate the vehicle’s whereabouts in the event of an accident. The National Traffic Incident Management Coalition and network of Traffic Incident Management (TIM) professionals have worked together to create lane designation terminology to uniformly identify traffic lanes.

Some multi-lane highways have additional, commuter lanes. These carpool lanes or High Occupancy Vehicle (HOV) lanes are intended for busses, vehicles with two (2) or more occupants, and in some states electric vehicles (EV). HOV lanes are also numbered from left to right as HOV1, HOV2, etc.

Roadside shoulders are simply referred to as left/inside shoulder and right/outside shoulder. Merge lanes and exit ramps are considered to be separate roadways.

Practicing safe lane usage and knowing what to expect from fellow drivers keeps traffic moving smoothly. When you travel the roadways, be courteous when selecting the appropriate lane.