Lexus's NX and RX SUVs are both stylish and smart luxury vehicles. But what differentiates them? We've done the research, and here's what you need to know:

The NX 300 and RX 350 share a lot in common, but they have important differences. A few key differences are:

In this article, we'll look at these differences in more detail. We'll also cover the longevity and reliability of both vehicles and see which Lexus SUV is the best fit for you. Read on to get the whole story. 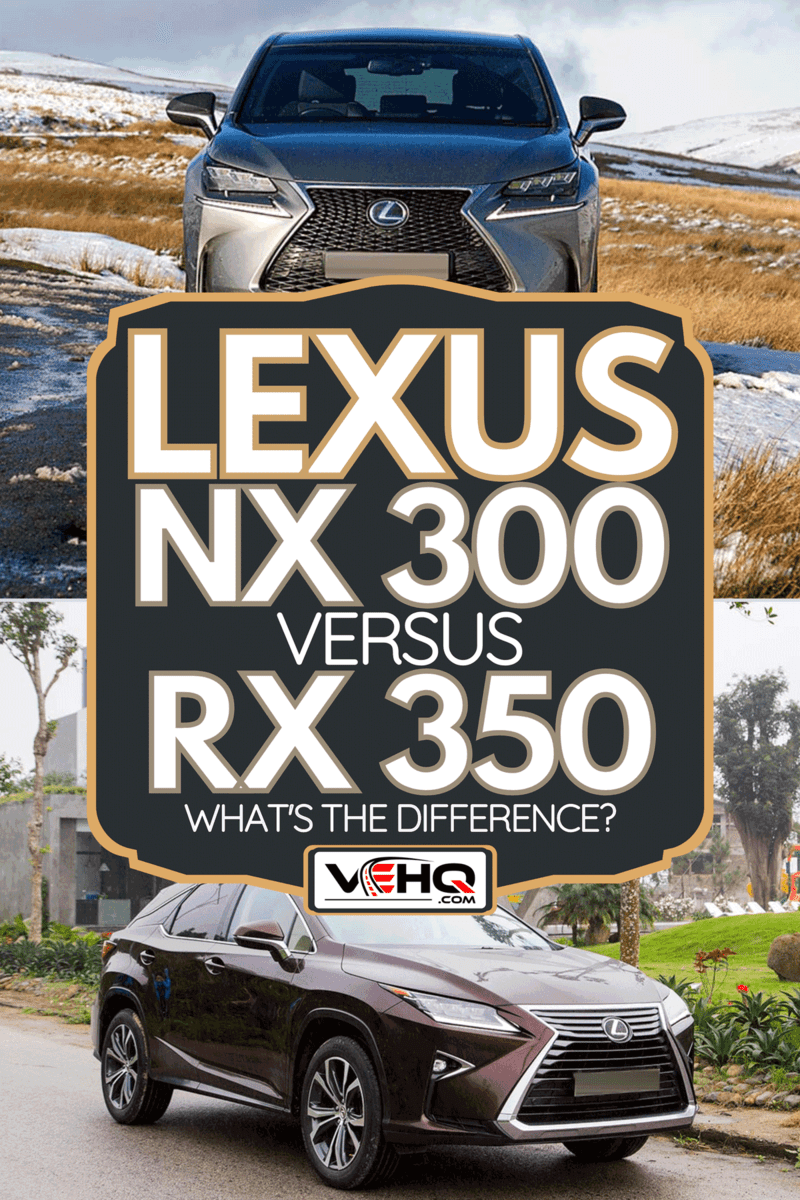 We've seen that there are differences between Lexus's NX and RX SUVs, but let's look at each difference a little more closely.

The RX 350 has more room for passengers and cargo than the NX 300. Your passengers will feel more comfortable, and you'll be able to haul more too.

While the standard options for both seat five, the RX also comes in the 350L trim-level with the option for third-row seats. This means you can seat as many as 7 in an appropriately outfitted RX. 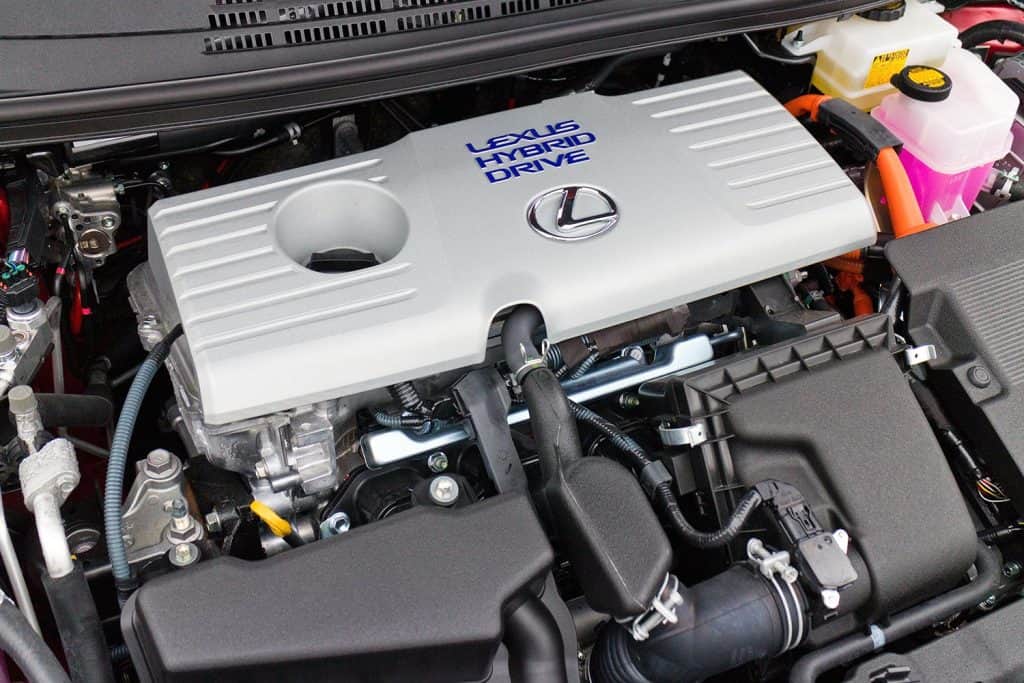 While the RX 350's engine is generally more powerful, you might not feel that difference as a driver. The larger size of the RX means that, despite the V6 engine, both vehicles handle similarly.

This means you'll save more money at the pump with the NX 300, especially if you usually drive in the city.

Hybrid models are available for both the RX and the NX, which improves the combined fuel economy to 30 and 31 mpg, respectively. 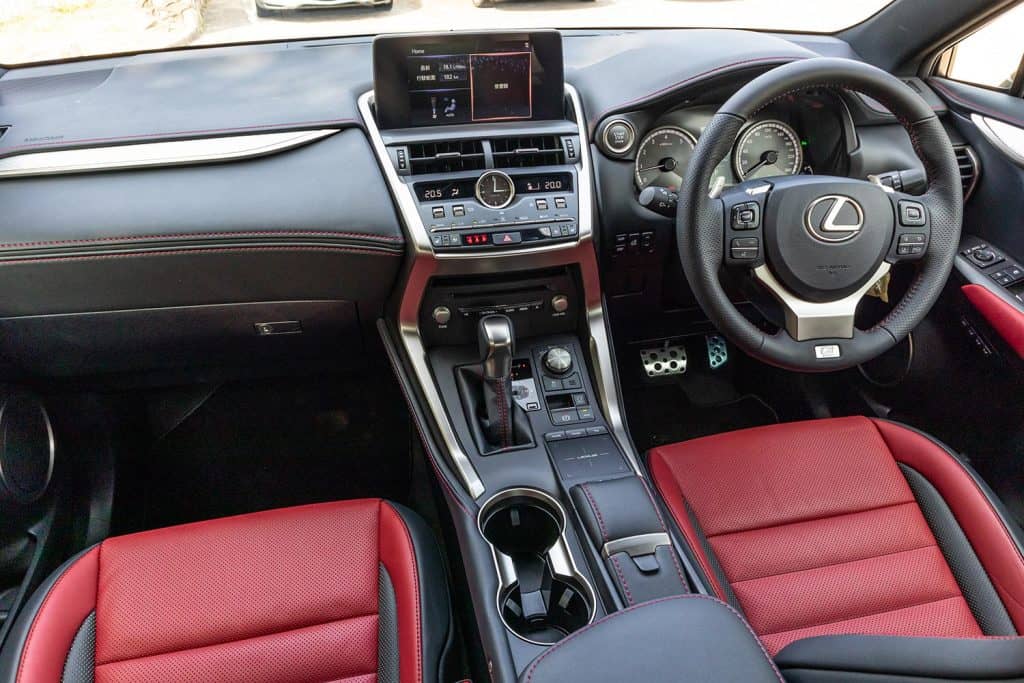 While both the RX and NX offer some great interior features, the RX beats out the NX with features like the standard touch-screen infotainment system.

What year Lexus RX is most reliable?

Overall, the Lexus RX 350 is considered a reliable vehicle. J. D. Power has scored it from 83-92 in quality and reliability over the years. This comes as no surprise, as Lexus is the luxury division of Toyota, a manufacturer with a well-established reputation for reliability.

Regarding which model year exceeds the others in reliability, you may want to consider the 2018 RX 350. This model year scored an 86 in quality and reliability from J. D. Power, putting it in the middle of the fray by that metric.

However, more recent information shows that it stands above the other model years in terms of reliability. According to Car Complaints, it has received the fewest customer complaints over the years, except for the 2021 model year, for which there is still limited data.

Other years to consider would include 2011 to 2015, which also received very few customer complaints. Of course, be sure to check the mileage, as these model years are likely to have racked up more ticks on the odometer than more recent model years.

What is considered high mileage on a Lexus RX 350?

If you are doing minimal maintenance for your vehicle, anything north of 150,000 miles will be high mileage on the RX 350. However, if you follow the maintenance schedule closely and address any problems that arise promptly, you can shift that number up to 200,000 miles.

How many miles will a Lexus NX last?

The Lexus NX and RX 350 are similar in this regard. They have similar ratings for reliability and similar performance in terms of longevity.

What is the most comfortable Lexus SUV?

It will come as no surprise that all of Lexus delivers on comfort. Their SUVs are no exception, but which Lexus SUV offers the most comfort?

While each of Lexus's  SUVs would be a great choice, the RX has the strongest reputation for comfort. The 2021 RX was named among the most comfortable vehicles by Consumer Reports.

Several factors go into making the RX so comfortable. The suspension system keeps your ride smooth, gliding over bumps in the road. The room is spacious for the driver and the passengers, and the plush seats include power lumbar support [height-adjustable in some trim levels].

Even the second-row seats are spacious and have reclining seatbacks, so your passengers will be as comfortable as you!

Which is the best Lexus SUV to buy?

Every Lexus SUV has something to offer. Let's look at each of Lexus's six SUVs and what kind of driver they might suit best. 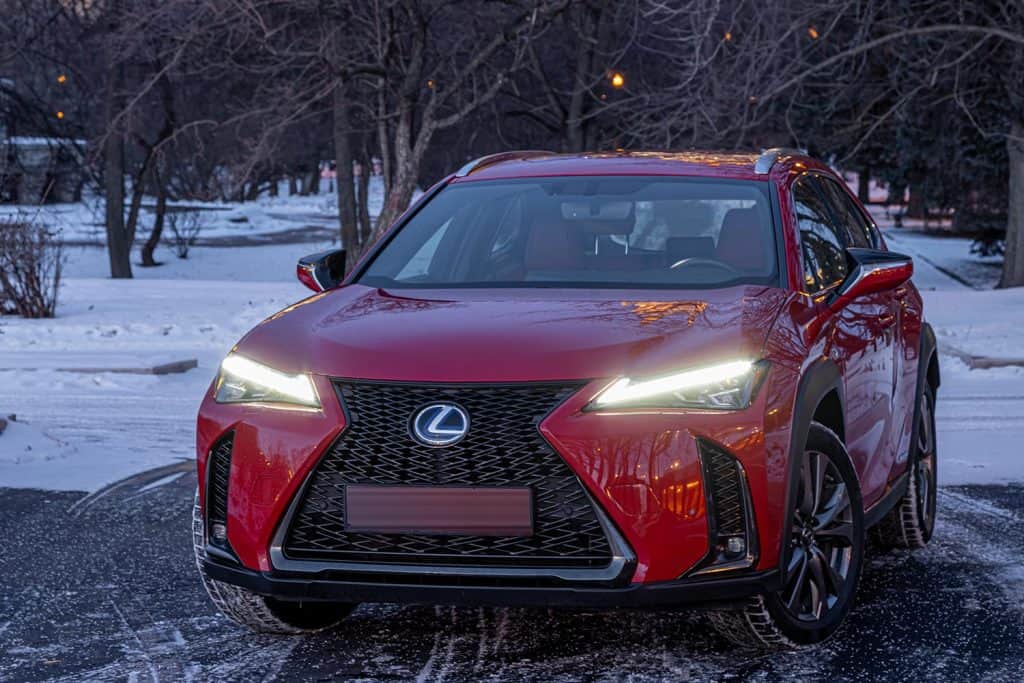 Lexus's smallest SUV, the UX, is a subcompact crossover. It has a lot to offer in terms of comfort, handling, and style. It seats five, like NX and the standard RX, but will be a little more cramped than its big sisters.

It is the thriftiest of Lexus's SUVs, featuring the lowest MSRP and highest gas mileage.

The UX is the only SUV for which Lexus doesn't make a towing prep package. If you're hoping to tow a trailer with your SUV, you will want to look elsewhere.

If you like the look and feel of SUVs but don't need a lot of cargo and passenger space, this could be a good choice for you that won't break the bank.

If you like the UX's selling points, but it's just a little too cramped, you should consider the NX. Your passengers will be more comfortable in the NX than the UX, especially in the rear seat. It also gains you a bit more cargo space.

The NX is also a good choice if you like the UX but want to tow light loads. With the towing prep package, you can tow up to 2,000 lbs.

You can learn more about this topic and see some examples of NX-towable trailers in our article, "Can You Put a Hitch on a Lexus NX?"

The upgrade from the NX to the RX is similar to that from UX to NX. You'll get more space, more comfort, and more towing power. For those advantages, you'll spend some more cash upfront and at the gas pump.

The standard RX has seating for five, but you can add a third-row to the 350L to get seven seats.

If the NX doesn't have the space or seating you need, the RX is a great option. It's also a great choice if the NX falls short on the towing power you need. Check out our article, "Can a Lexus RX 350 Tow a Trailer? to learn more about this topic. 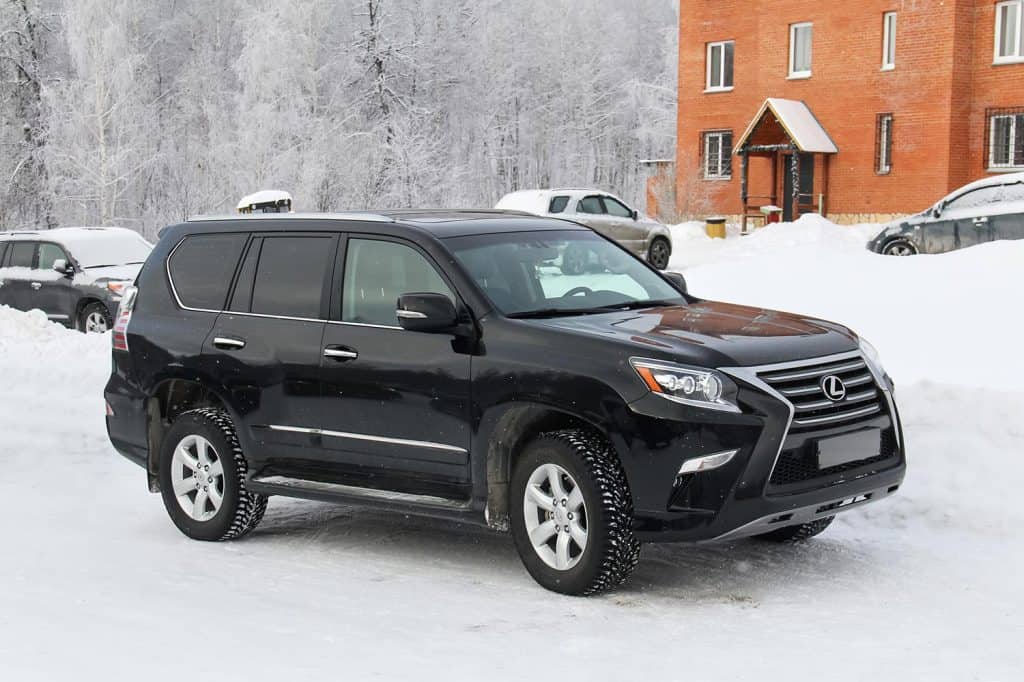 The jump from the RX to the GX is the biggest that we've seen so far. The GX is a full-size SUV, and you can feel that immediately. The space feels significant, and it starts with seating for six.

You can also upgrade to seating for seven with the GX. All your passengers will have plenty of space, and you'll still have 11.6 cubic feet of cargo space with the seats up.

You'll also get a significant gain in towing power. While the RX maxes out at 3,500 lbs, the GX has a commanding 6,000-lb towing capacity. It also has some off-roading capability. These features will open a lot of options for your outdoor adventures.

The Lexus GX is perfect for drivers who want a full-size SUV for the space and utility but still want a touch of luxury. 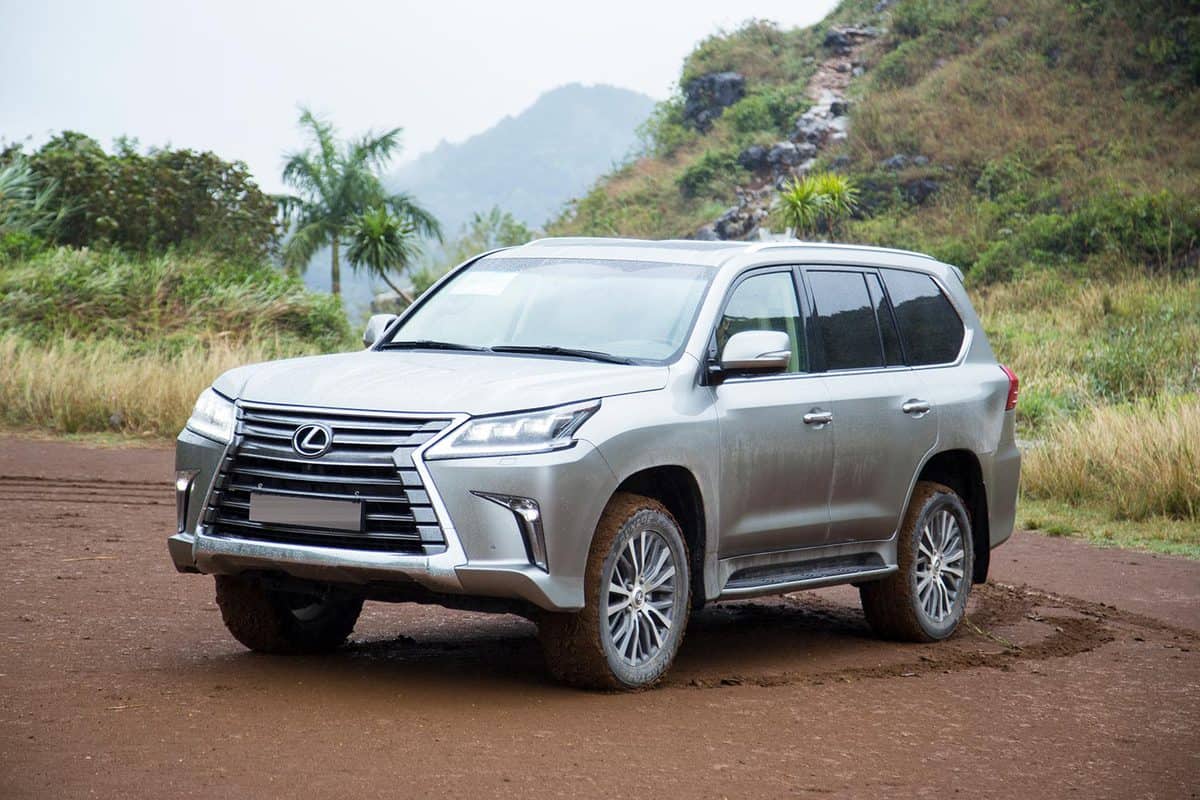 The largest and most expensive of Lexus's SUVs, the LX offers a lot in both utility and luxury. It seats eight, more than any other Lexus SUV, and the power-folding third-row seats stow away to open up even more cargo space.

It also features Lexus's rear-seat entertainment system. The added screens aren't just for the passengers, though. The 12.3-inch, split-screen multimedia display at the front is the largest in its class.

Space and luxury aren't the only benefits of the LX. It also has an impressive 7,500-lb towing capacity, making it Lexus's strongest towing vehicle.

The NX 300 and RX 350 are both high-quality luxury SUVs. Now that you know more about them and Lexus's other SUVs, you'll be ready to choose the best one for your needs.