The Duramax diesel engine is a marvel of engineering and has been the workhorse of the heavy-duty trucking industry for decades. It's also found in many other applications such as construction, farming, and other industrial uses. However, how long can you expect a Duramax engine to last? We have done the research to give you the best answer to this question!

Provided the owner performs recommended routine maintenance on the engine, a Duramax has the potential to last up to 500,000 miles or more!

Duramax is the brand of diesel engine found in trucks made by General Motors, including GMC and Chevy. Opinions vary about what high mileage for these engines means. Nonetheless, in this article, we will take a closer look at the Duramax life expectancy and the best years to buy a Duramax. 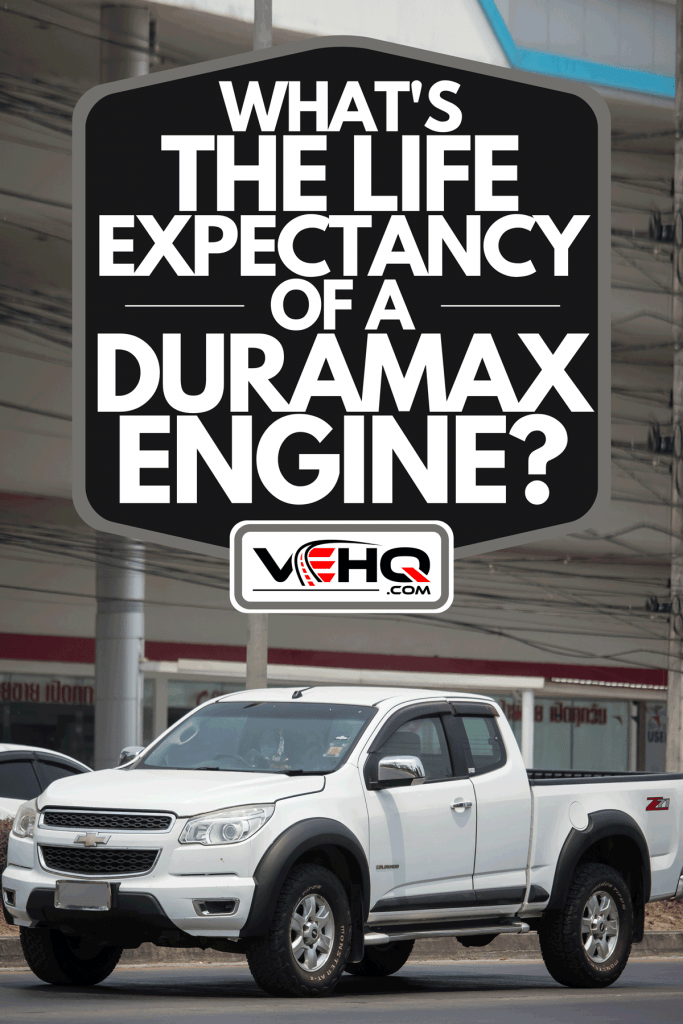 What's The Life Expectancy Of A Duramax Engine?

Duramax engines are extremely reliable over time; there are plenty on the road today that still runs like new even though they're approaching or exceeding 100,000 miles!

Of course, there will be some maintenance involved with owning one (and we'll discuss this later), but it should reach its full lifespan without issue if properly maintained.

If you want to know how long a Duramax engine will run, you should expect it to last as much as 300,000 miles before needing any major repairs. But, of course, this number can vary depending on how well the engine was maintained and driven throughout its life. 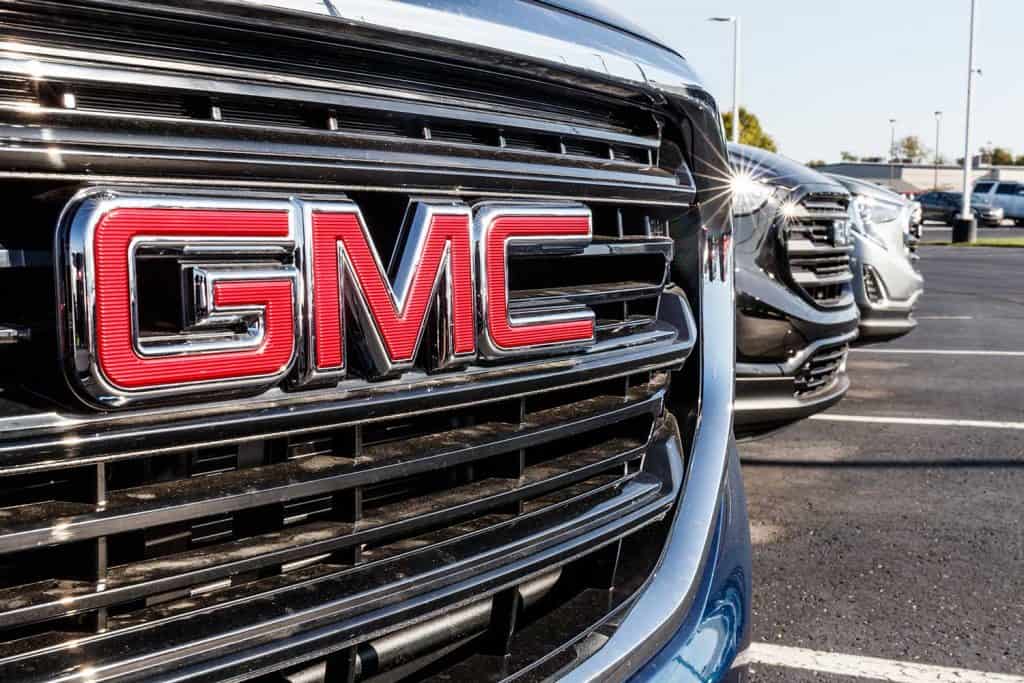 What is the best year Duramax to buy?

While GM made several different generations of the Duramax diesel truck engine between 1993 and 2015, some years were better than others for this particular model.

For example, according to Driving Line, 1998 was one of the best models with more horsepower than previous or subsequent generations; if you can find one of these trucks in good shape used today, they go for $20-30k at auction!

However, there is nothing inherently wrong with buying new either because plenty of people do so every day without issue (aside from price). So please don't wait until it's too late to start looking for a Duramax. Driving Line also laid out each Duramax generation specs so read on!

Older models of GM trucks that have the Duramax engine and Allison transmission are still valuable. The one restriction is that they might need their injectors replaced, which costs around $3-5k, depending on how you fix it at a shop. 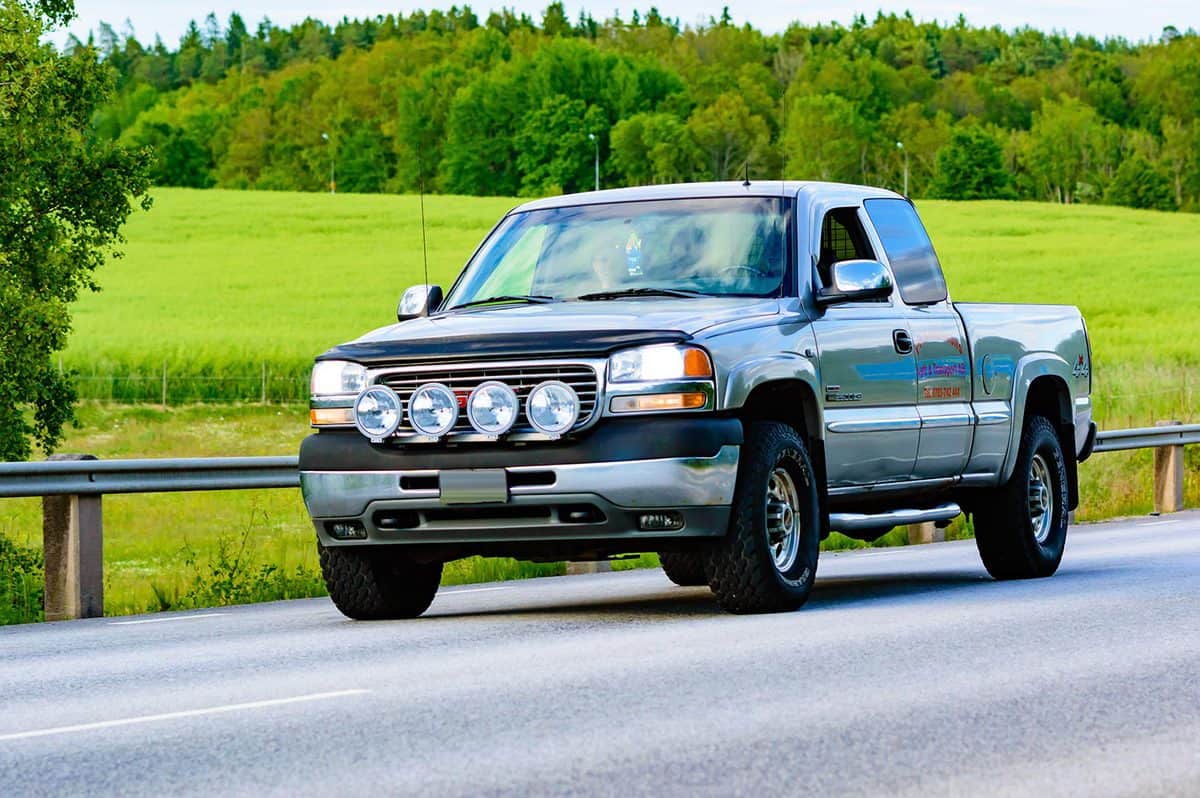 One of the most desired Duramax models is the 06-07 Classic body style trucks.

With arguably the best plug and play horsepower potential (on top of 360 hp being offered right out of the box), a stronger, six-speed Allison to back them, and an emissions-free engine last in its class. 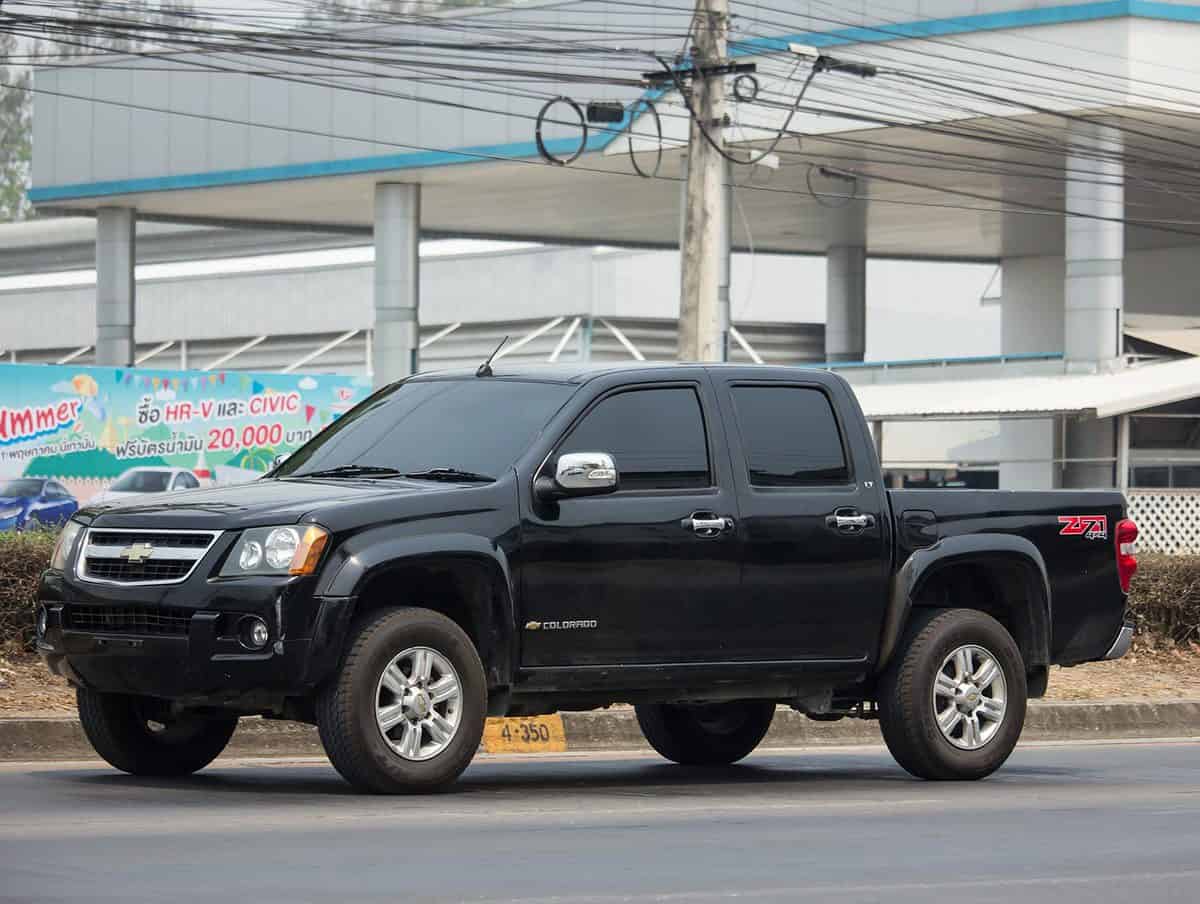 The 2007 to 2010 model years of 2500 HD and 3500 trucks featured a new body style, vastly improved interior, and the first version of the Duramax LMM engine to have an exhaust after-treatment process that required fuel for it to function.

With this being said, lower mileage numbers are present starting with these generation models because a more extensive EGR system is implemented, with diesel particulate filter and catalytic converter needed to meet stricter emissions standards established by government regulations.

The only major difference between the LBZ variant that preceded 2017's Duramax was hard parts found within its design, meaning there remains potential for performance capabilities despite less efficient emission controls.

The 2011-2016 GM trucks are the most capable tow rigs. They have beefier independent front suspension, asymmetrical leaf spring design, and an LML Duramax engine with diesel exhaust fluid (also known as Urea injection).

Subtle to major issues surface due to added complexity of emissions controls and after-treatment systems.

The 2018 model year brought major changes to the GM full-size trucks with an all-new body style.

GM upgraded interior features and technology, improved the suspension system (IFS),  and offered different transmission choices depending on powertrain choice (DMAX only had auto tranny option versus manual in 2017).

Better aerodynamics made the front end more streamlined as well as redesigned frame rails under the bed area.

Plus, there's now a standard trailer brake controller function built into the vehicle/engine combo that didn't exist in previous generations.

The new Duramax Diesel engine for 2018 is the LML which has been improved upon from its earlier iterations.

The earlier iterations had trouble-prone injector issues with a redesigned high-pressure oil rail system, better fuel shutoff solenoid (bad on old engines), and updated ECM programming to help it run smoother and cleaner than ever before! 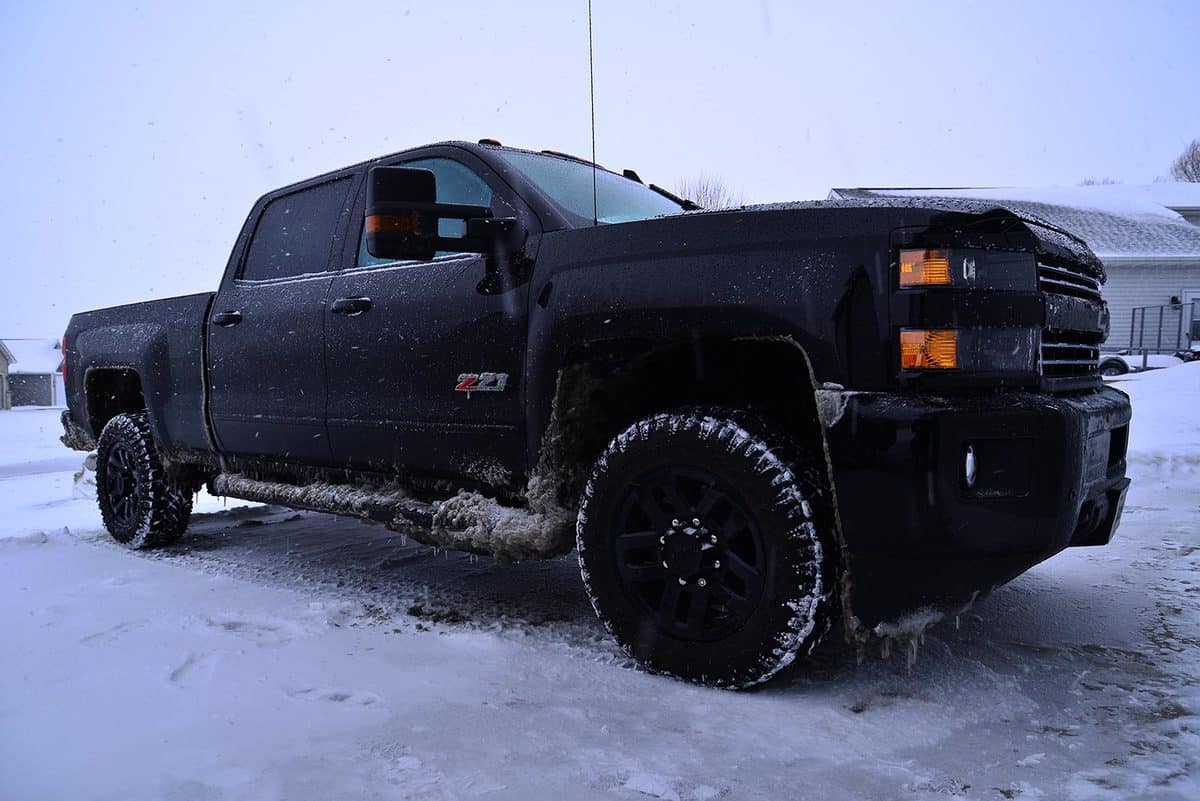 The worst year for Duramax according to chevytrucks.org was 2011 because they started making the LMM engine, which had problems with its injectors burning up.

GM started making LML engines that had injector problems too. These misfires would cause severe damage if not caught early enough.

Finally, the last bad year for Duramax was 2004 because that's when the LLY engine got major updates like new heads, pistons, connecting rods, etc. that were weaker than previous models by design.

However, the engine had several problems such as overheating which made it a short-lived engine.

To fix the problem, GM introduced the LBZ engine which was also short-lived. However, this was a strong engine that had several updates. It was later replaced because it didn't meet engine standards.

All of the above years are bad because you have to run diesel exhaust fluid or it will damage your engine, but if you do that, you still get around 20 mpg, which is good for a truck this size and weight! 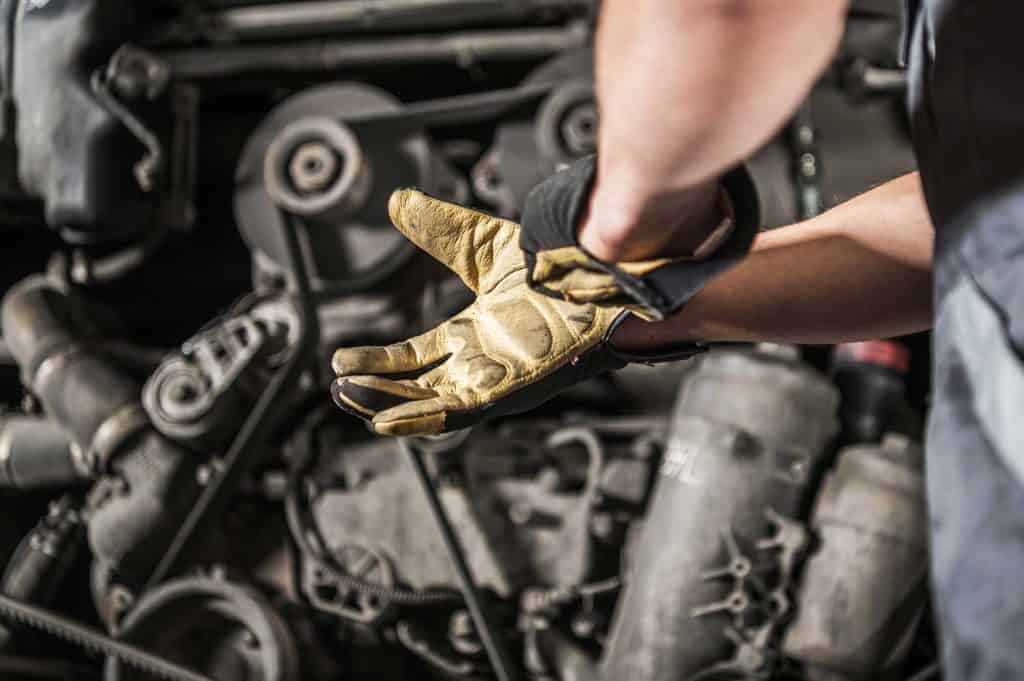 The EPA doesn't test vehicles as heavily, so it can only judge their actual mpg on a highway route.

The 2021 Chevy Silverado offers the most fuel-efficient powertrain of any diesel pickup, according to EPA estimations.

The 3.0L Duramax Turbocharged I6 engine delivers 23 mpg in the city and 33 mpg highway when equipped with two-wheel drive or 22/26 for four-wheel-drive versions.

The 2021 Ram 1500 is another diesel-power pickup truck that knows how to make the most out of every gallon.

The EPA says the 3.0-liter V6 engine can deliver an estimated 22 mpg in city driving and 32 mpg on highway roads, but upgrading all-wheel drive will reduce these ratings by 1 mpg each for a combined 29/21 mp grating respectively. 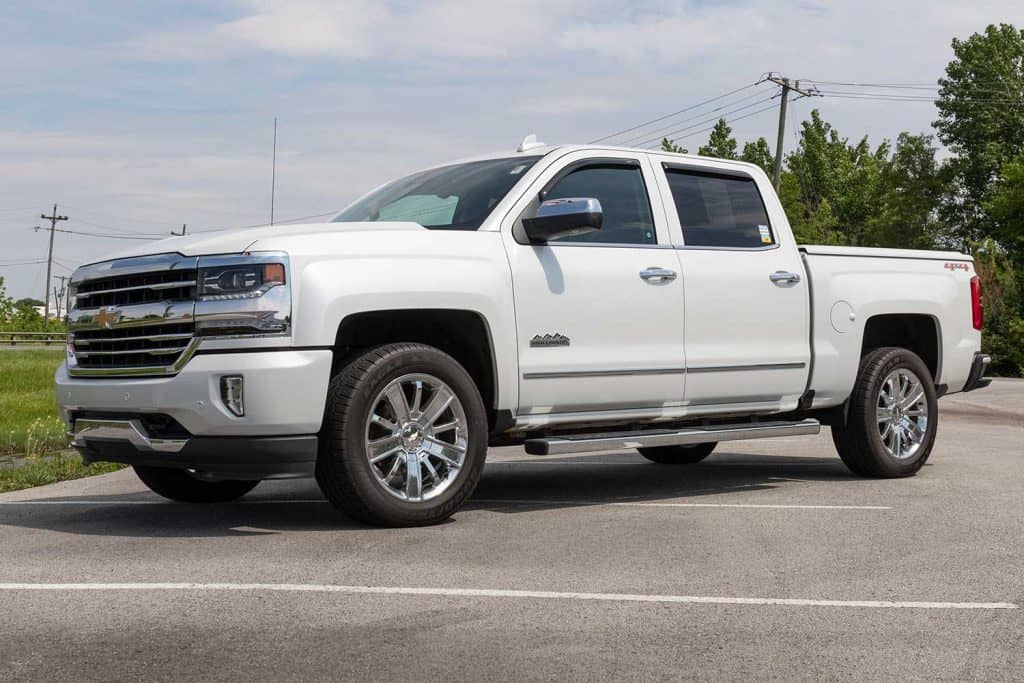 Which is better Duramax or Cummins?

When it comes to the argument of which is better between the Duramax or Cummins engine can be subjective.

Some consumers are diehard fans of one or the other, so getting them to sway to the other side is a losing battle. They both serve the purpose of being a work vehicle that can tow heavy loads.

Cummins's engine is a 6.7-liter inline-six, while Duramax's is a 6.6-liter V8, which has more horsepower, but Cummins wins when it comes to torque with numbers up to 1,000 ft-lbs depending on the truck; let’s take a look at some other specs!

The Cummins engine can tow the most for commercial drivers. However, it's not always necessary to tow that much with passenger or light work trucks. Both modern Cummins engines are quite capable of pulling what you need when hauling things like trailers.

When you're ready to buy a diesel truck, torque should be your focus. Diesel engines produce more than twice the torque of gas and hybrid engines.

That's what makes them great for heavy loads like boats or horse trailers. You can get even higher levels of power from Duramax and Cummins diesel. These numbers vary greatly depending on the engine type.

When choosing between the two, you will also need to look at other factors. These factors include driveability, cabin space, and fuel mileage. Compare them side by side before making a buying decision.

Overall, a properly cared for Duramax engine should last over 300,000 miles. However, consumers report having Duramax's lasting in the 500,000-mile range! Nonetheless, proper maintenance is a must to increase the life expectancy of your engine.

Can You Put A Cummins In A Chevy Or Ram Truck?

What's The Best Oil For A Chevy Truck?

How many miles are on your Duramax? Leave us a comment below!

My duramax has 35000 miles, once I put the knn filter on there , I get better mileage. The engine light comes on and says I need to replace intake manafold gasket- I just reset everything when I drive

What idiot wrote this? There's so much misinformation in this article that it would be easier to start over.