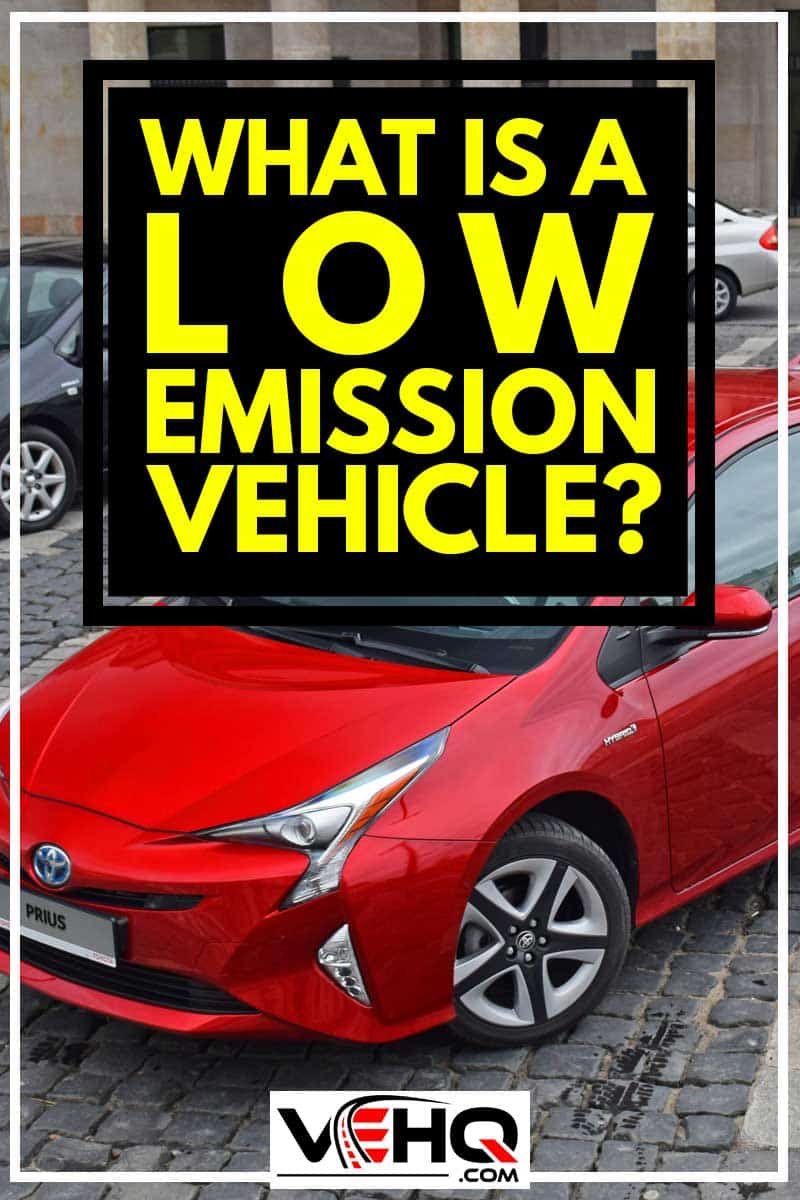 As you learn more about the impact our actions have on the environment, you may be wondering things like, “What is a low emission vehicle?” How can your choices about your vehicle make the planet a better, safer place for everybody? Well, you’ve come to the right place – we’ll answer all of these questions and more right here in this article.

In simple terms, a low-emission vehicle – also called an LEV – is a vehicle that was constructed to reduce the number of dangerous gases such as unburned hydrocarbons that are released into the air.

Hopefully, this brief overview gave you a good understanding of what a low-emission vehicle is, but you probably have more questions involving the specifics. What exactly is a good emission for a car to have? How can I know if a car is ULEV? We’ll answer all of your most pressing questions right here. So let’s get started!

What is a Low-Emission Vehicle?

Hydrocarbons are the byproducts of gasoline-burning as the car runs and can have negative consequences for human health and the environment. For example, they can cause respiratory issues in humans and animals and also speed up the process of climate change.

Low-Emission Vehicles were created to reduce these effects. They are available in a variety of forms. In the U.S, all cars built in and after 2004 are classified as LEVs. However, there are other levels of low-emission vehicles that include:

Three-way catalytic converters and electronic fuel injections controlled by computers are just two of the ways that cars can now reduce their emissions, and engineers are always inventing new ways to make the process even better. As research continues to progress, the Environmental Protection Agency (EPA) is continuing to increase the standards for acceptable emission amounts to protect the quality of the air we breathe.

What is a Good co2 Emission for a Car?

According to the Environmental Protection Agency, a typical car emits approximately 4.6 metric tons of carbon dioxide (co2) every year, depending on factors such as the number of miles driven and the type of fuel used. This breaks down to about 411 grams of emissions per mile, assuming the car gets about 22 miles to the Gallon. An average car also produces about 8,887 grams of carbon dioxide per gallon of gasoline. In contrast, a perfect score on the EPA’s 10-point scale means that a vehicle emits no more than 200 grams of emissions per mile.

How Are Carbon Dioxide Emissions Measured?

Car manufacturers and the EPA work together to create laboratory tests that measure emissions and fuel economy by copying the habits of a typical driver. These numbers are then used by the EPA and the Department of Transportation to reinforce fuel and vehicle construction standards.  These standardized numbers are tracked continuously and adjusted as new cars are produced.

Does My Car Become LEV if I Use Gasoline That Contains Ethanol?

Even though ethanol contains less carbon dioxide than gasoline, it also lowers the car’s fuel efficiency, which ends up making the emissions amount about the same. It’s good to be aware that most gasoline in the U.S. contains up to 10% ethanol.

What Does ULEV Mean?

ULEV stands for “ultra-low-emission vehicle.” This means that the vehicle has been examined by the California Air Resources Board (CARB) and proven to emit at least 50% fewer emissions than the average for new non-LEV cars built that year. In 2018, this came out to about 75 grams of emissions per mile. On the list of low-emission vehicles, a ULEV creates fewer emissions than an LEV but more than a SULEV, PZEV, AT PZEV, or ZEV.

How Do I Know If My Car is ULEV?

Figuring out if your car is a ULEV is reasonably straightforward with a bit of detective work.

Is a Hybrid Car a Low Emissions Vehicle? 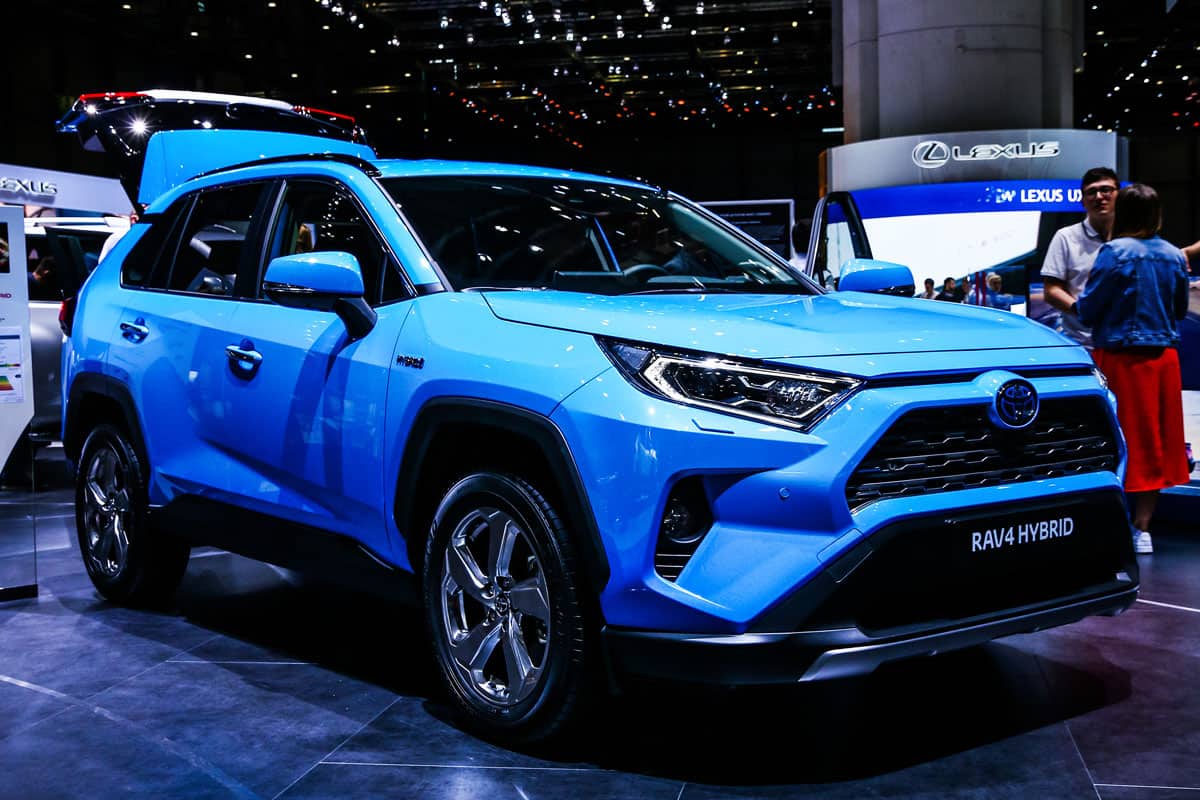 Hybrid cars operate using a small electric engine plus a small combustion engine, so even though it’s likely an LEV, it’s not guaranteed that it’s a ULEV. If you have a hybrid car, you’ll need to confirm with the manufacturer to know for sure. However, there’s a good chance that it is a ULEV if it was built during or after 2008. Most hybrid cars built that recently were specially designed to rank well in ULEV ratings but also have the heavier, powerful feeling that comes with a gasoline-fueled engine.

If you’d like to learn more about charging your hybrid car, check out our article How To Charge a Hybrid Car.

If you’re in the market for a low-emission car, you’re in luck – you have lots of options! Many car manufacturers are recognizing that consumers are looking for environmentally-friendly vehicles and have produced lots of cars with that in mind. We’ve selected some of the best from each category and shared them with you right here. Please note that the listed MPG is according to highway miles.

Mitsubishi Mirage – This small, lightweight, compact car runs on a gasoline-powered engine and is not a hybrid, but its co2 emissions rival some of the best electrics and hybrids on the market.

Honda Civic Sedan – A timeless classic, the Honda Civic has long been known as a sleek, fuel-efficient vehicle. This generation is no different and even includes lots of safety features. 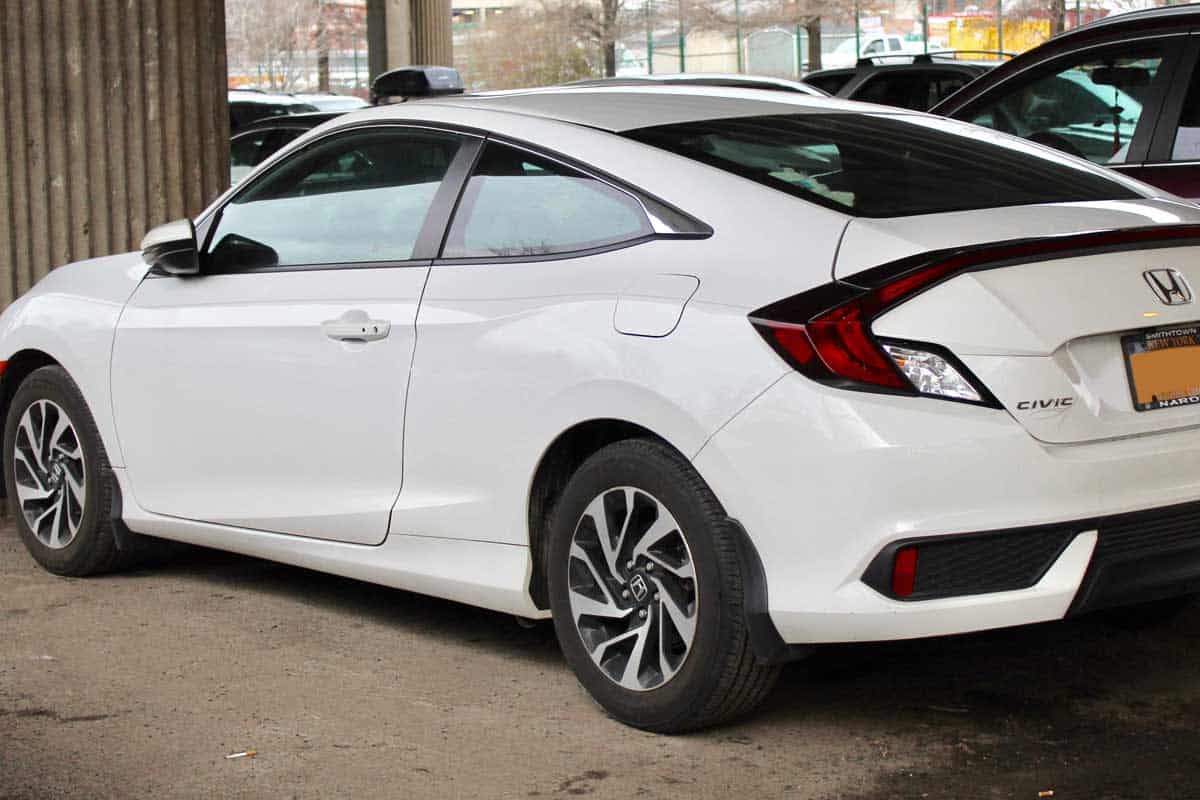 Toyota Prius – The Prius is well-known for being one of the first hybrid cars on the road, and it’s still a top choice for ULEVs. Plus, it’s one of the most affordable options! 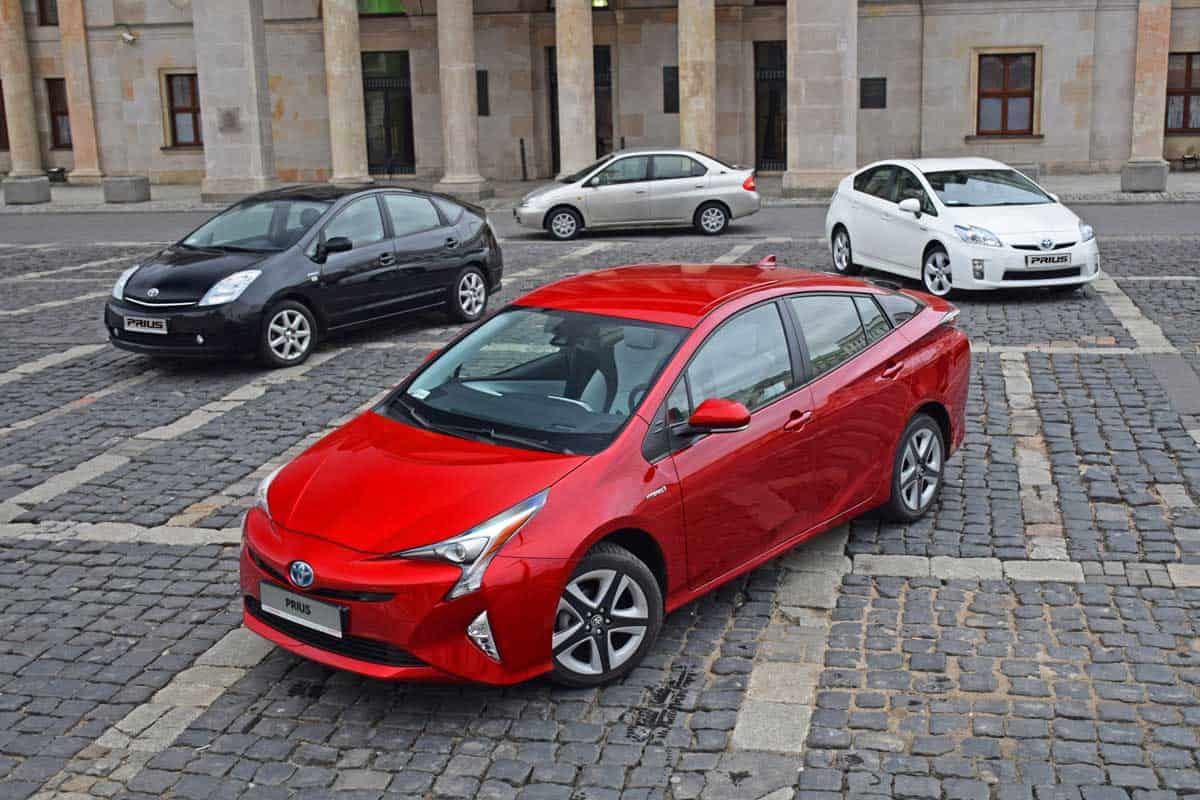 BMW 330 – A trusted German brand, BMW manufactures a hybrid car that is secure, trustworthy, and easy on the environment.

Nissan LEAF – The Nissan LEAF is appropriately named since it’s a super environmentally-friendly electric car with lots of safety features to keep you safe as well! 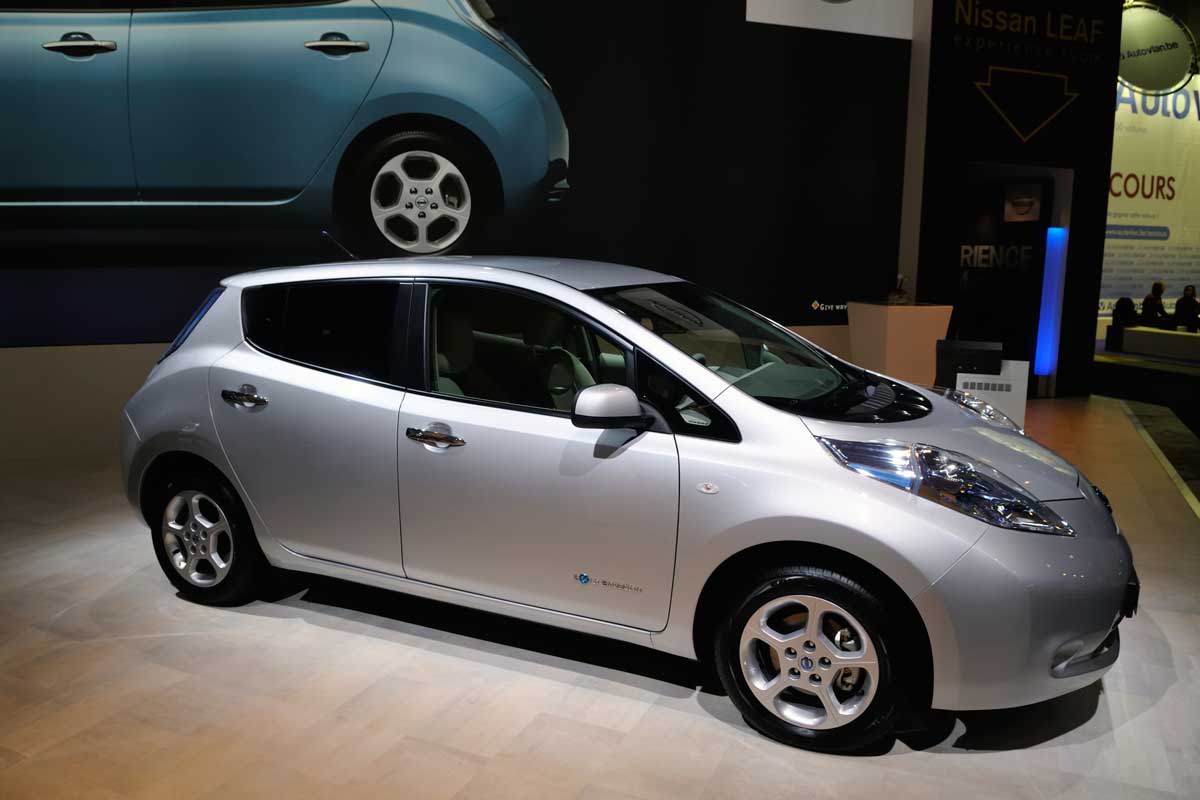 Tesla Model 3 – The classic example of an electric car, Tesla’s latest model has some unique features such as two motors, which means you’ll never be stranded on the road.

Can You Flat Tow A Ford Focus?

How to Transfer a Car Title in California

How Much Does A Truck Bed Typically Weigh?

Can You Fit A Towbar To A Mini Clubman?

What Are The Best Tires For A Hyundai Ioniq?

Does A Hyundai Veloster Have A Spare Tire?

How Long Will A Hyundai Ioniq Last?

Does The Genesis G70 Have Apple Carplay?

Does The Genesis G70 Have A Spare Tire?