Proper oil levels play an essential role in the functionality of your vehicle. So, does that mean low oil levels will cause a car to shut off or not start? We have researched to answer that question in this article.

Low oil levels can cause damage to the parts in your car. As a result, the engine can seize or keep the vehicle from turning over at all. In addition, if you drive for a long period with low oil, the engine could stall or die while driving.

Oil is said to be the lifeblood of a car, so you are at risk of your vehicle not running at all without it. This article will discuss the potential dangers of driving with low oil in your car. In addition, we will discuss other frequently asked questions about car oil, so read on. 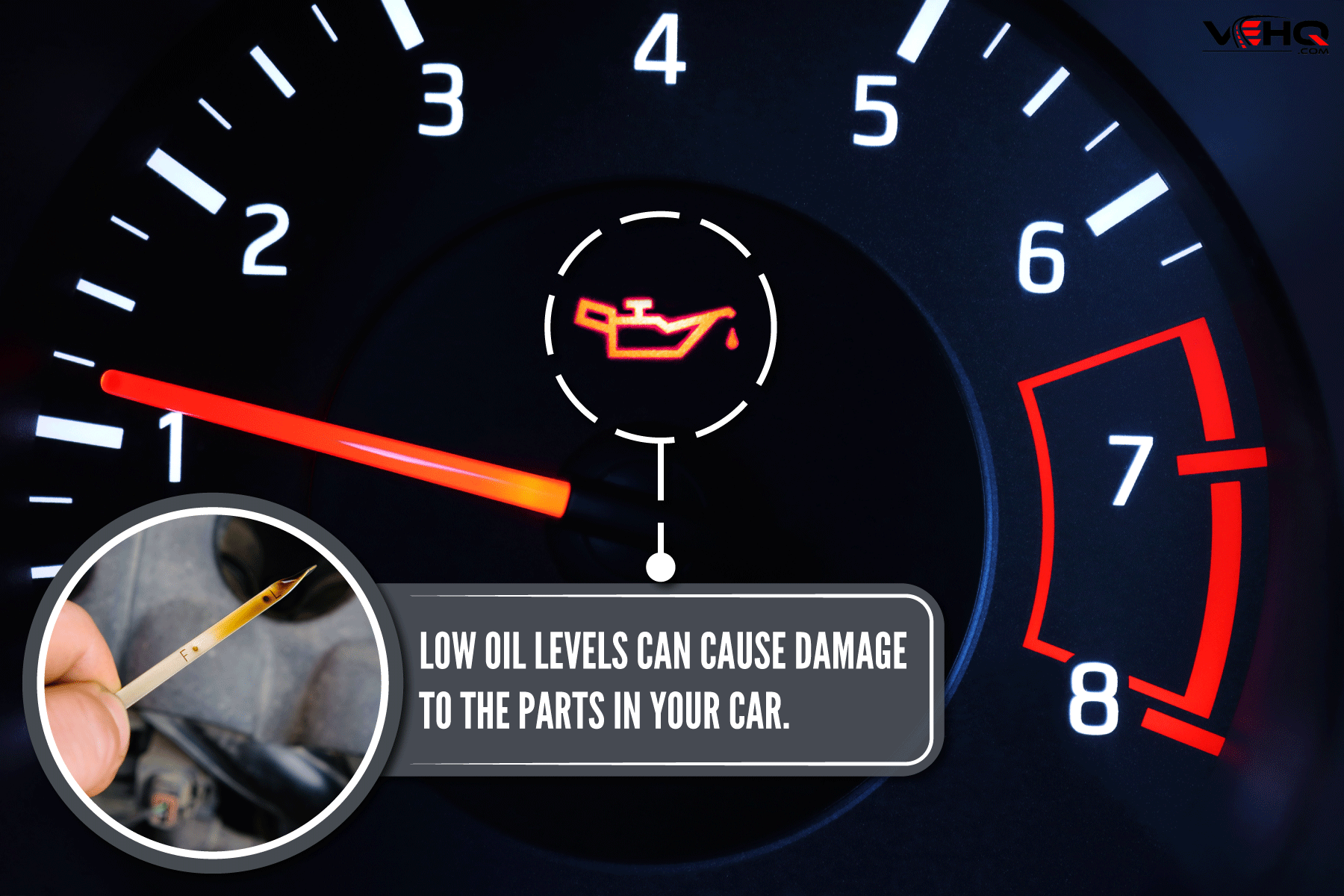 Can Low Oil Cause A Car To Shut Off Or Not Start?

Low oil levels can result from it being burnt up or that it has been lost from a leak in the engine. In either case, low is never good, and you need to have it checked by a mechanic as soon as possible.

While having low oil isn't going to make your car turn off while you are driving, it can damage the parts in your engine. In turn, that can lead to a whole bevy of new problems for your car and will cost more money to repair later on.

In addition, if you drive long enough on low oil, your engine may die from a lack of lubrication while you are driving. This is a common symptom in older cars, but it can still happen in new models.

The most common signs that your oil is low are smoke coming from the exhaust or having trouble starting the car up. Once you have experienced either of these symptoms, stop driving and get your car to a mechanic as soon as possible.

You may also hear loud clunking, knocking, or grinding noises coming from the vehicle. Oil is needed to lubricate the engine, and without it, the components will not be able to function correctly, which can lead to terrible consequences for your engine.

For example, it is possible the rods could break without lubrication. This can lead to piston failure, which will cause your engine to seize up and not turn on at all. While this is rare, it happens occasionally, so if you suspect low oil levels, get it checked out by a mechanic immediately. 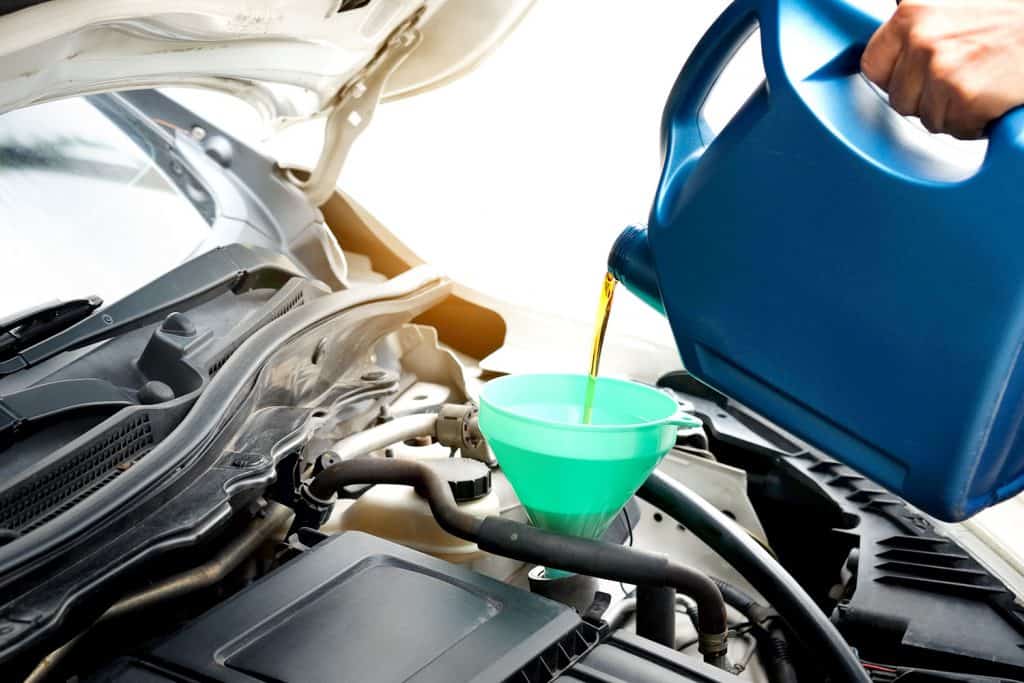 What causes a sudden loss of oil pressure?

Sudden loss of oil pressure can happen for a variety of reasons. If you are driving and your vehicle starts to smoke, shut it off as quickly as possible.

When you notice that smoke is coming from the tailpipe, there is likely some blockage in the engine, such as water or some other foreign object.

If you notice the smoke originating from the engine bay, then it may be a sign of a blown head gasket or some other form of internal engine damage. But, again, if you suspect low oil levels or any loss in oil pressure, get it checked out by a mechanic as soon as possible.

It could also be simple, like a clogged or dirty oil filter. If you have not changed your oil filter in a while, it is due time for an upgrade. You want to make sure all the debris and other contaminants are filtered out of your oil before they can damage any of the components within your engine.

What are the symptoms of low oil pressure? 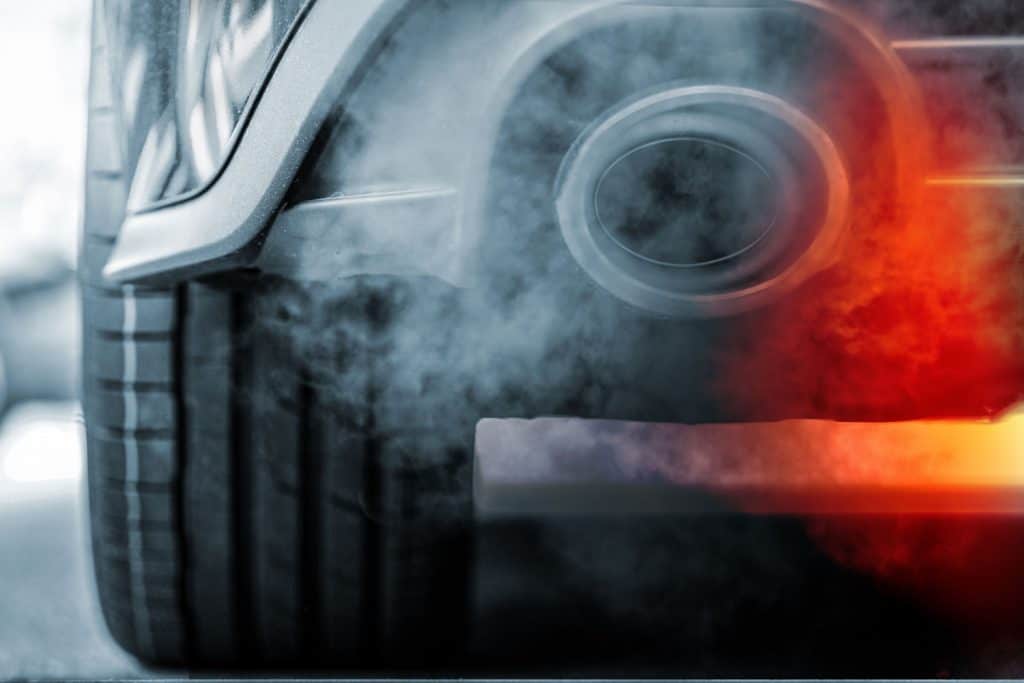 Low oil pressure is a common problem affecting cars of any age or make. For example, if you notice that your car is burning through oil at an alarming rate or hearing loud clunking noises during operation, it could be low oil pressure.

You want to get your vehicle checked out as soon as possible, so this doesn't turn into a bigger problem and cost more money in the long run. In addition, low oil pressure can damage many of the components within your engine, which could lead to future issues.

Let's take a look at some other common warning signs of low oil pressure:

Your car's engine always produces a bit of an odor when it runs, which is entirely normal.

However, if you notice a burning smell coming from your vehicle, it could cause concern. If the oil is low and heat builds up within the engine, it can burn off and produce a distinct smell.

This is a clear sign that your oil level is low, and you need to have the problem checked out immediately. 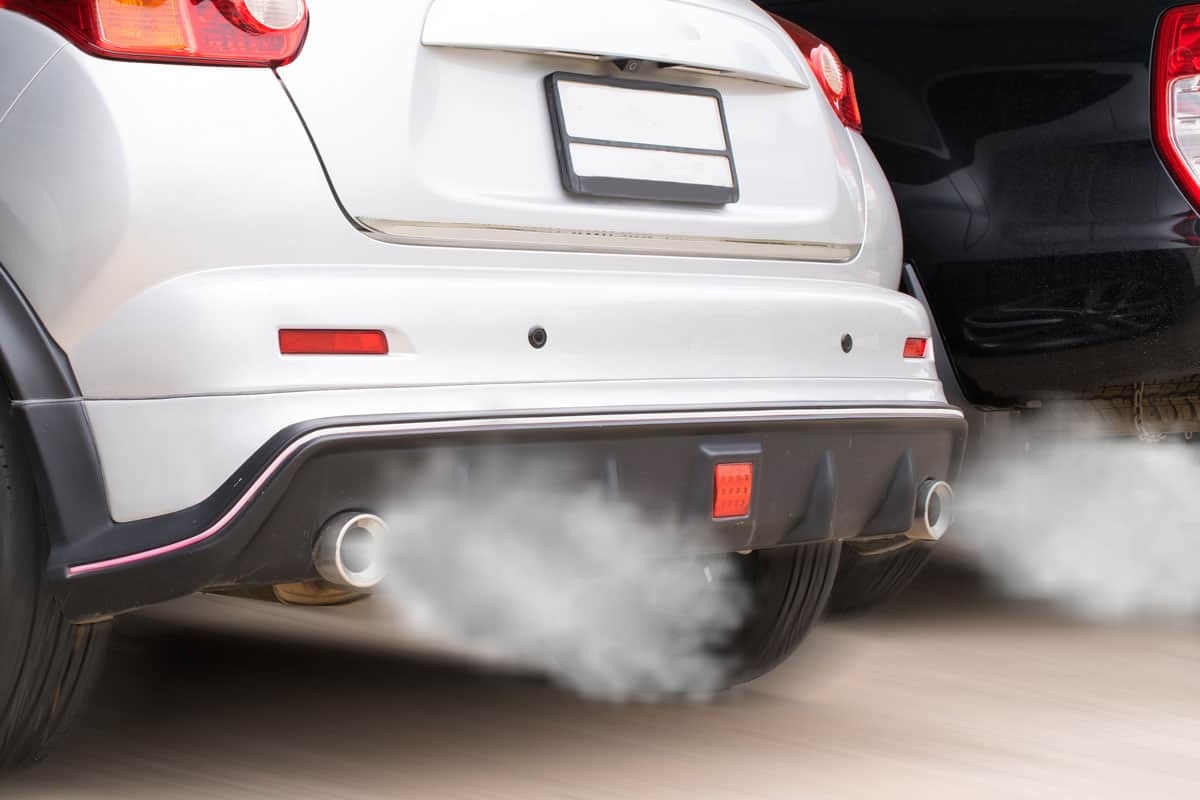 If you notice white smoke coming from the front of the car when it's operating, that is a sign that there may be an issue with your vehicle.

The white smoke is likely water vapor that has turned into steam due to the engine's heat.

The oil in your engine is supposed to be dense enough to circulate through the engine.

The oil will not flow appropriately with low viscosity, and your car may start losing power due to a lack of lubrication.

If you notice an increase in noise or vibration when you are accelerating, this could directly result from a lack of oil viscosity.

Parts Starting to Fail due to Lack of Lubrication

Oil helps to cool down the moving parts within your engine, so if it is low, these parts could start overheating and failing due to a lack of lubrication.

For example, you may notice ticks or knocks during operation attributed to a lack of oil. 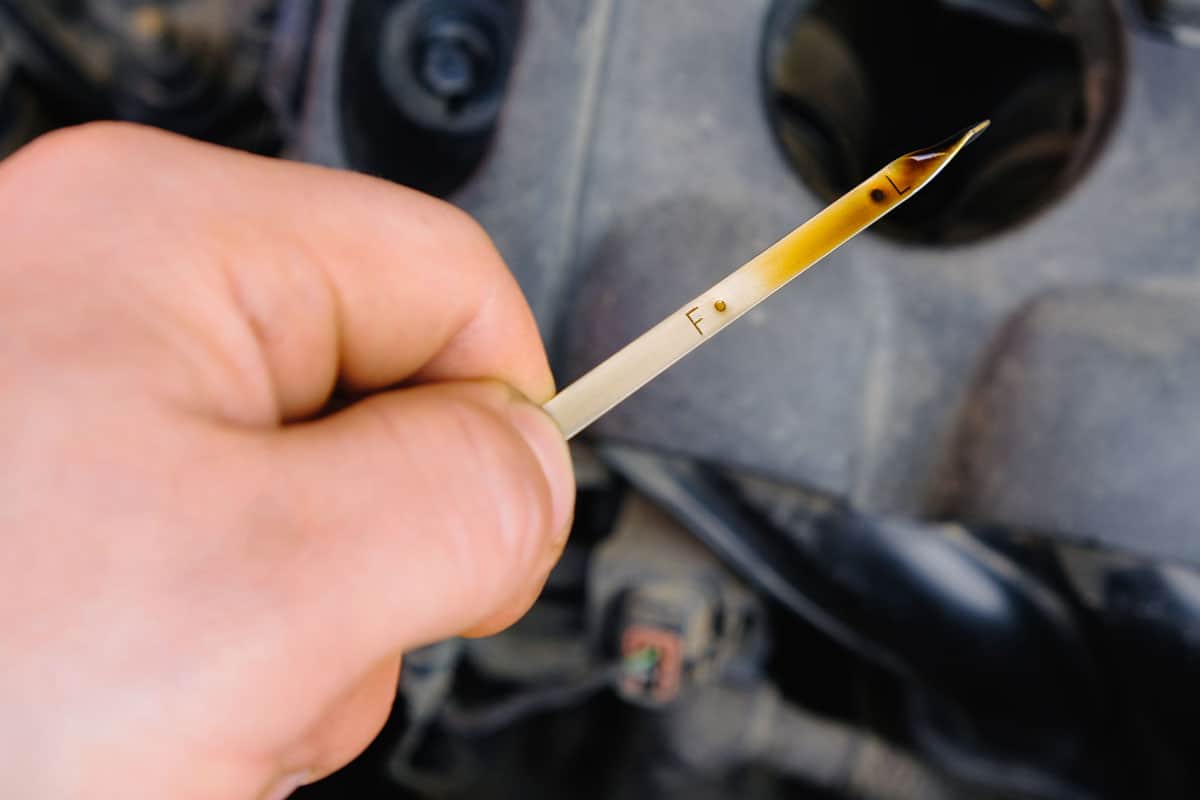 If you notice that your oil level is often low, this could mean a few different things.

If it never goes above the full range on the dipstick, then there may be something wrong with the car, causing the vehicle to burn through oil at an accelerated rate. 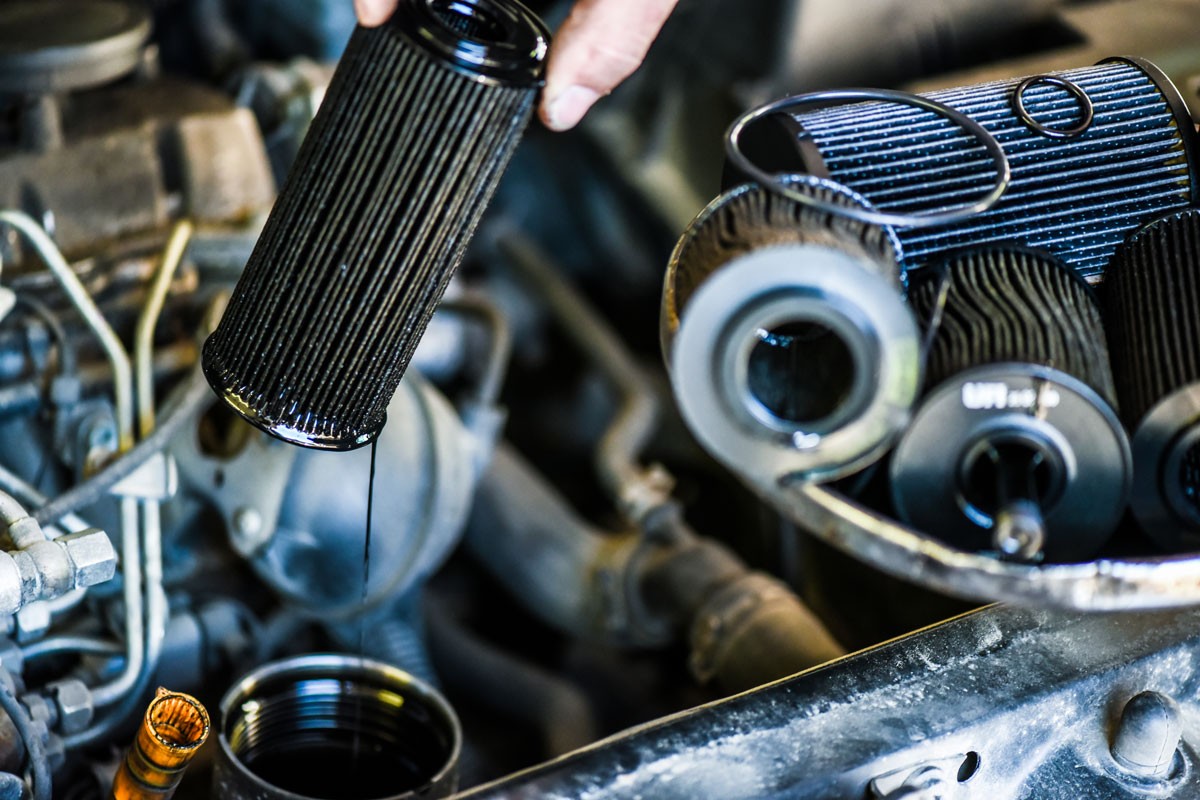 Your engine constantly produces gunk and other contaminants that can build up within your oil filter.

Over time, these contaminants can accumulate to the point where they block the oil passages in the engine. This will lead to low oil pressure, which will eventually cause damage to many of the components within your car. 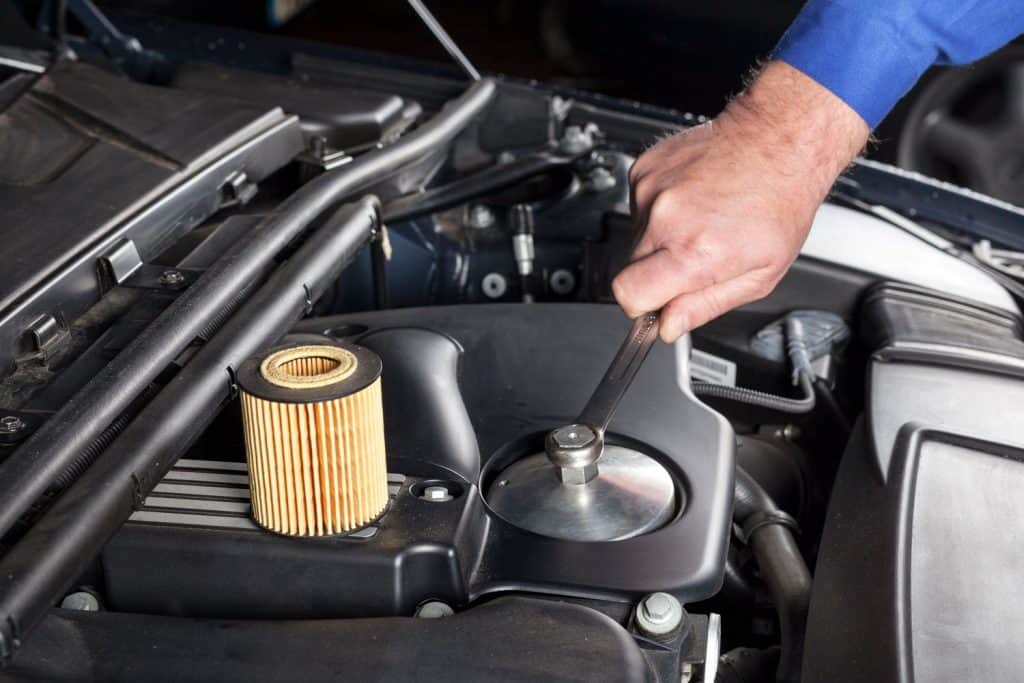 Another reason for low oil pressure is a bad or failing oil pump.

The oil pump circulates the oil throughout your engine, and if it starts to go out, you will begin to notice issues with performance and overheating.

If your engine is low on oil or has a filthy filter, it will not function to its full potential.

Low performance can be attributed to many things, but it could be time for a whole new engine if you notice the symptoms of low oil pressure.

The oil Light is On 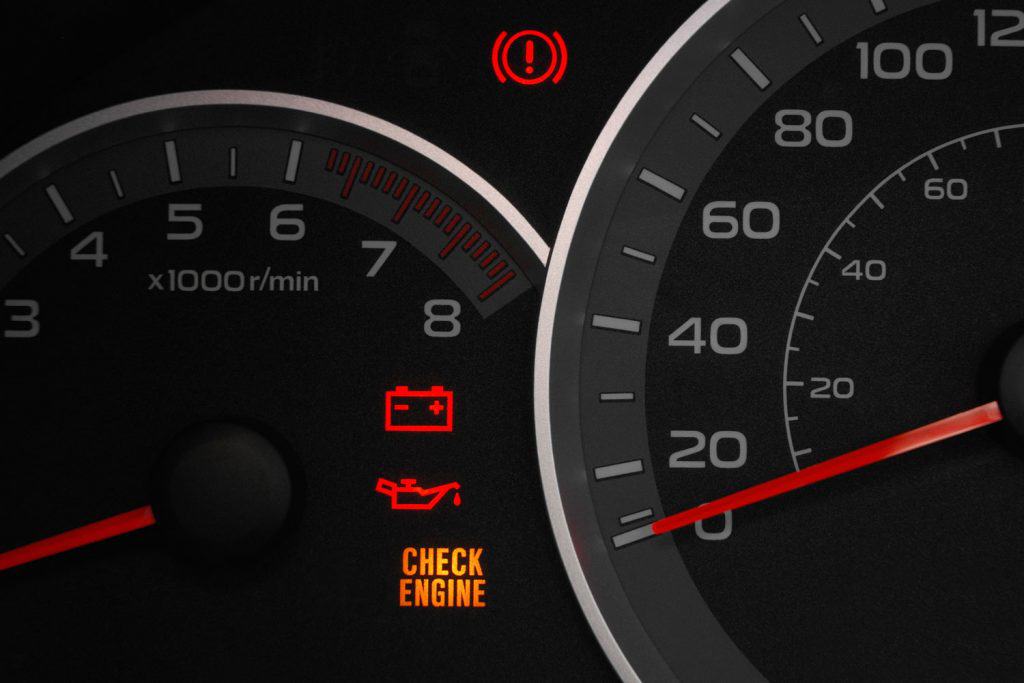 If your oil light is on and you haven't recently had an oil change, then there might be a problem with the vehicle.

If your oil level is low, it can trigger the "Oil Pressure" warning light, which will appear on your dashboard.

While this warning light does not always mean a serious problem with your vehicle, it should be checked out as soon as possible.

What problems can low oil pressure cause?

Low oil pressure could lead to several different problems. If your oil pump fails, then it can cause extensive damage to your car, which will require a whole new engine.

In some cases, the engine may fail and requires a brand-new one to be installed. Low oil pressure can also lead to overheating within your vehicle, which can cause further damage in the long term.

How do you fix low oil pressure in a car?

There are a few ways to fix low oil pressure within your vehicle. The first is to check the oil level and ensure it is up to the "Full" range on the dipstick. In addition, try using a higher viscosity of oil than what you are usually using to see if that solves the problem.

If it is low or below, you may have a leak or other issue that needs to be looked into immediately. A dirty oil filter can also lead to low oil pressure, so be sure to change your filter.

If the problem is not fixed and you continue to notice issues, it may be time for other replacements within the vehicle. 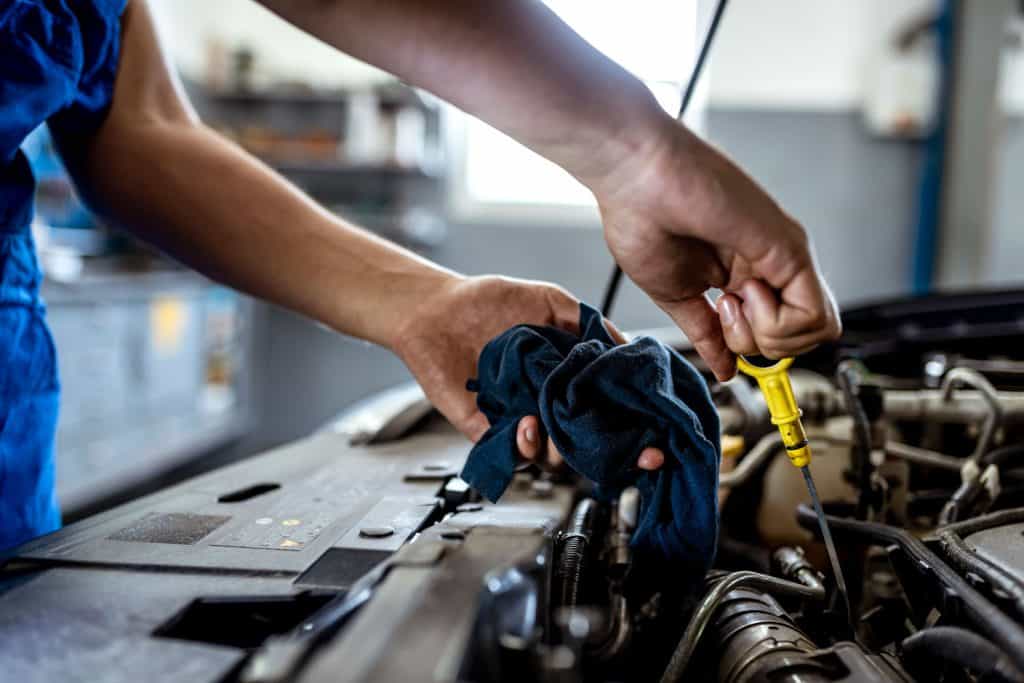 What Is The Normal Oil Level For A Car?

This largely varies on the vehicle and what type of oil is being used. On average, though, you want your car to have an oil level between the 'min' and 'max' marks in your dipstick. In addition, make sure there isn't any oil leaking from under the car to know for sure.

How Often Should I Check The Oil In My Car? 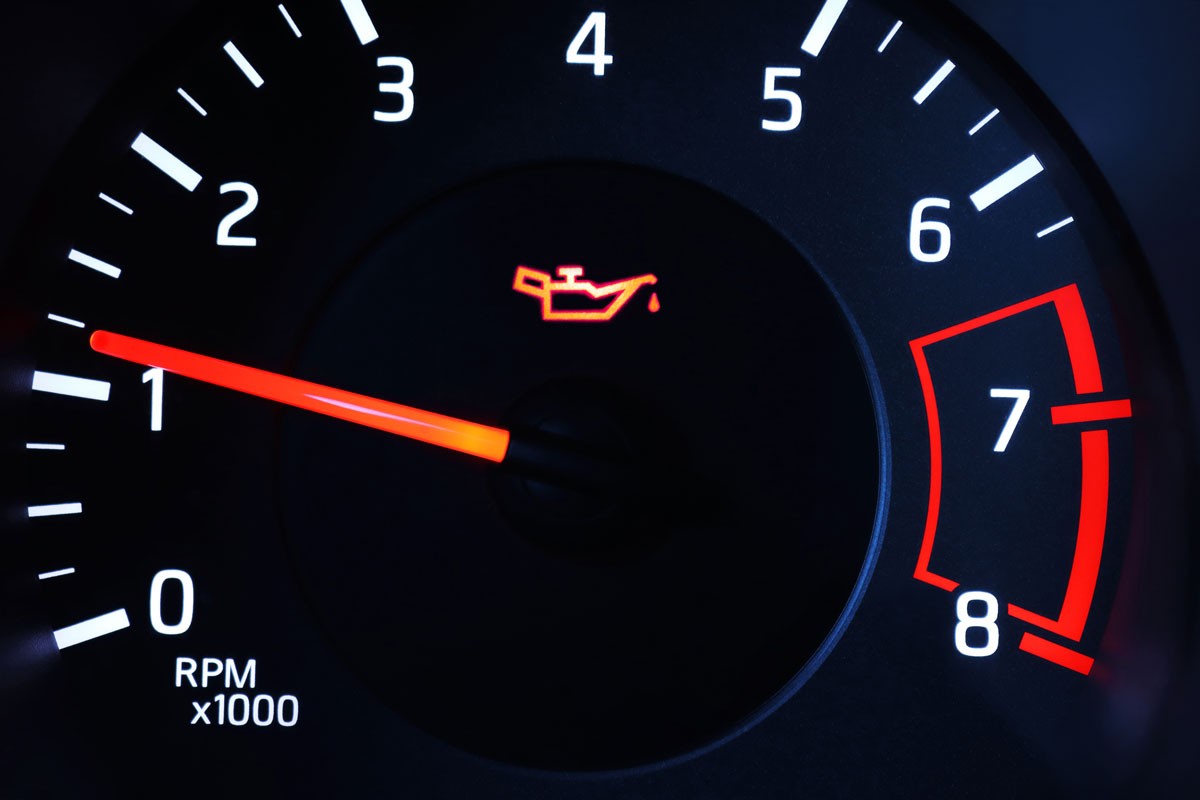 A good rule of thumb is to check your oil once a month. If you are unsure how often you should be checking the oil, go ahead and set up a calendar reminder on your phone or computer. This will help prevent low or burnt oil from causing problems for your car in the future. 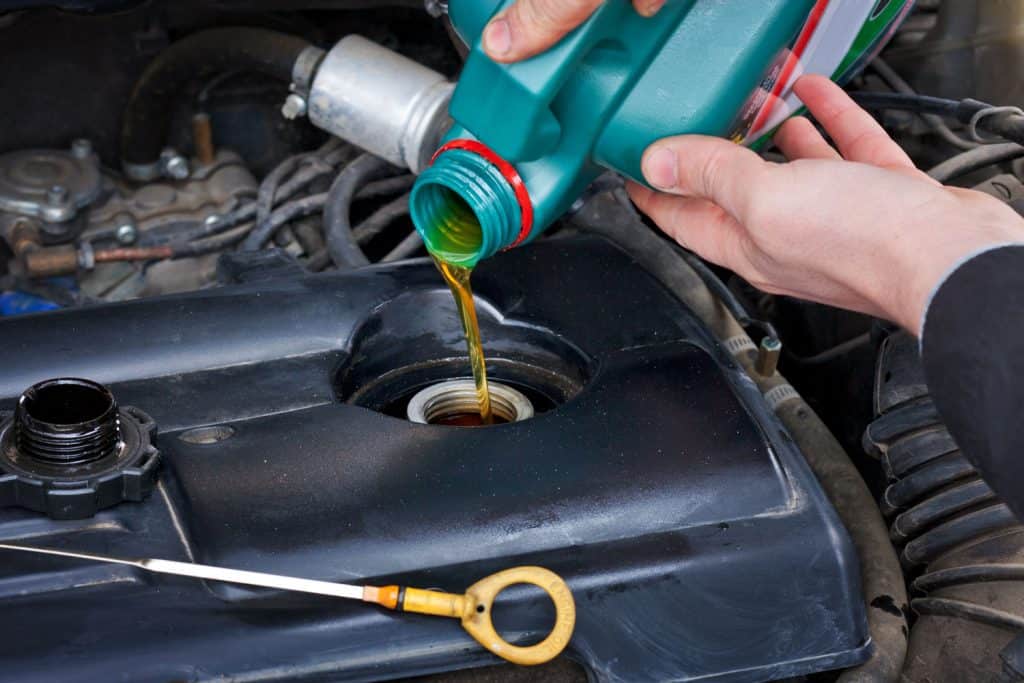 By keeping track of your car's oil level and changing the oil filter frequently, you can easily prevent low or dirty oil from causing damage to your vehicle. If you notice that your oil levels are often low, it is good to have the car looked at by a professional.

For more vehicle maintenance guide articles, check these out:

What Happens If You Put Water In Your Car Oil?

Truck Stuck In 4WD Low—What To Do?

Crankshaft Not Spinning Freely – What Could Be Wrong? 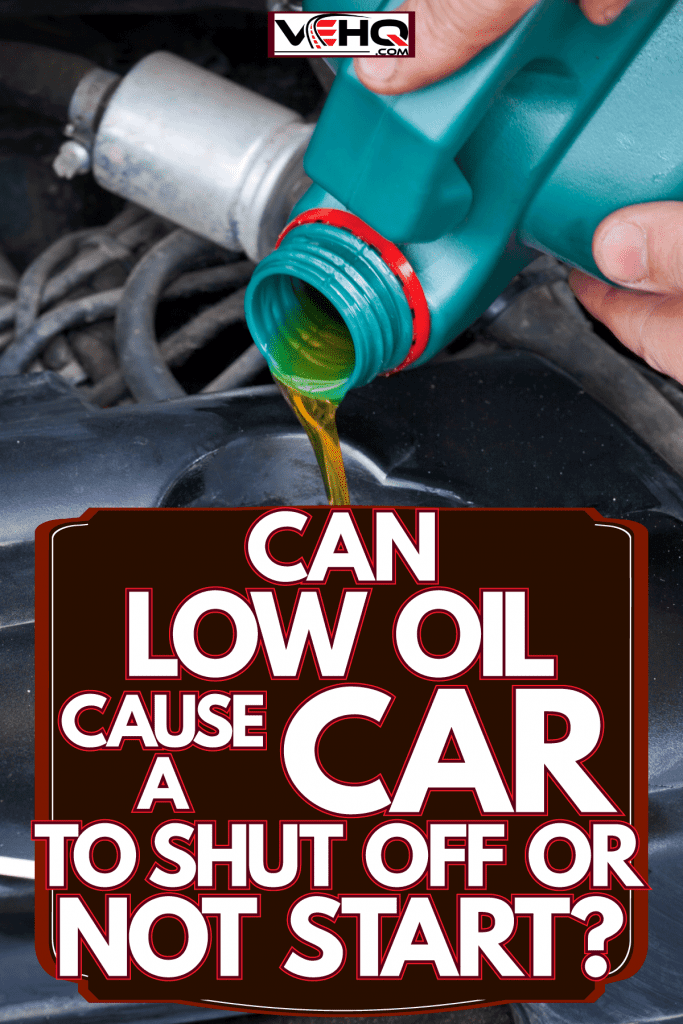