Cleaning your car routinely helps keep it looking good as new. Though, you'll mostly need to use car-specific cleaning products. This leads us to ask, should you use a microfiber or terry cloth? If that's your concern, let's go over the details.

If you're struggling to choose between a terry and microfiber cloth, go with microfiber. It can be just as absorbent as terry cloths. Micro-sized fibers are better at picking up dust and grime. Terry cloths have their place in car cleanings. So, it's good to have both on standby.

They might look the same, but towels have differences. You might wonder how terry and microfiber cloths compare. Should you favor one over the other in every situation? These are some of the concerns we will cover in detail. To learn more, keep reading. 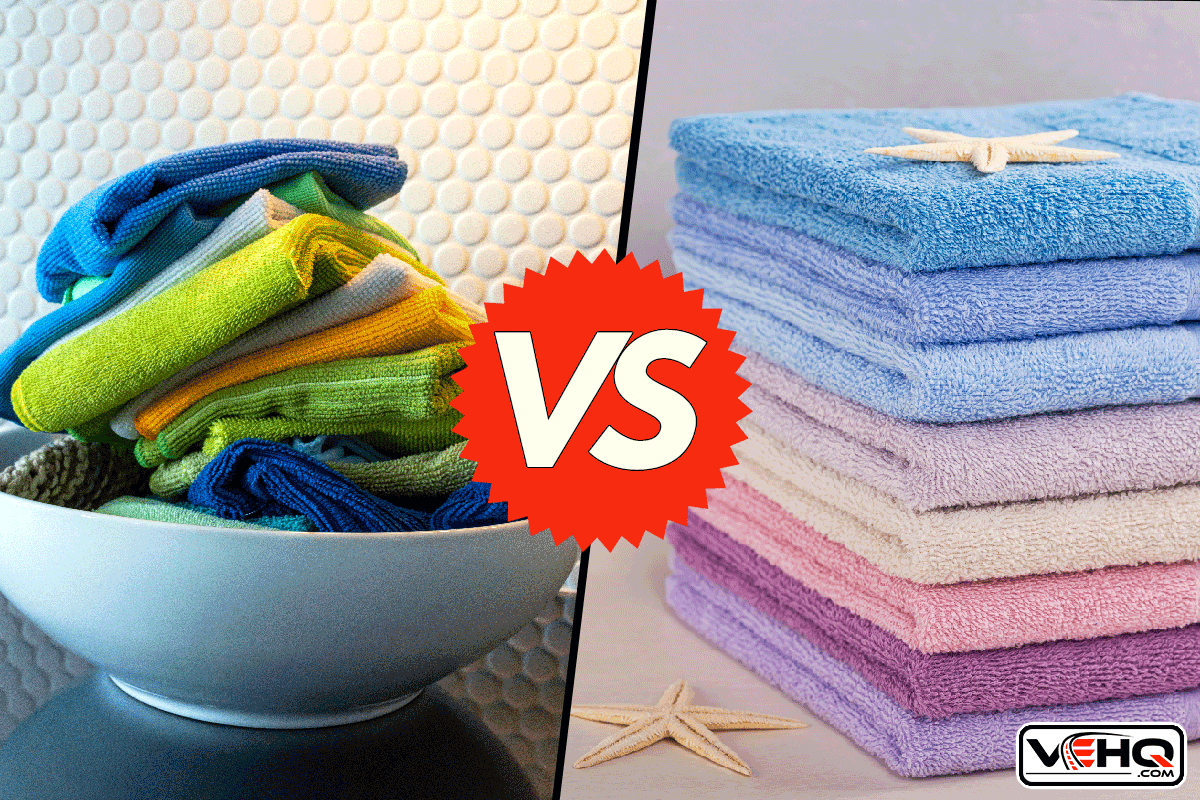 How Do Microfiber and Terry Cloths Stack Up?

It's safe to say people like putting items head-to-head before making a choice. In our case, it's a competition between two types of towels, microfiber, and terry. Let's go over the specifics. 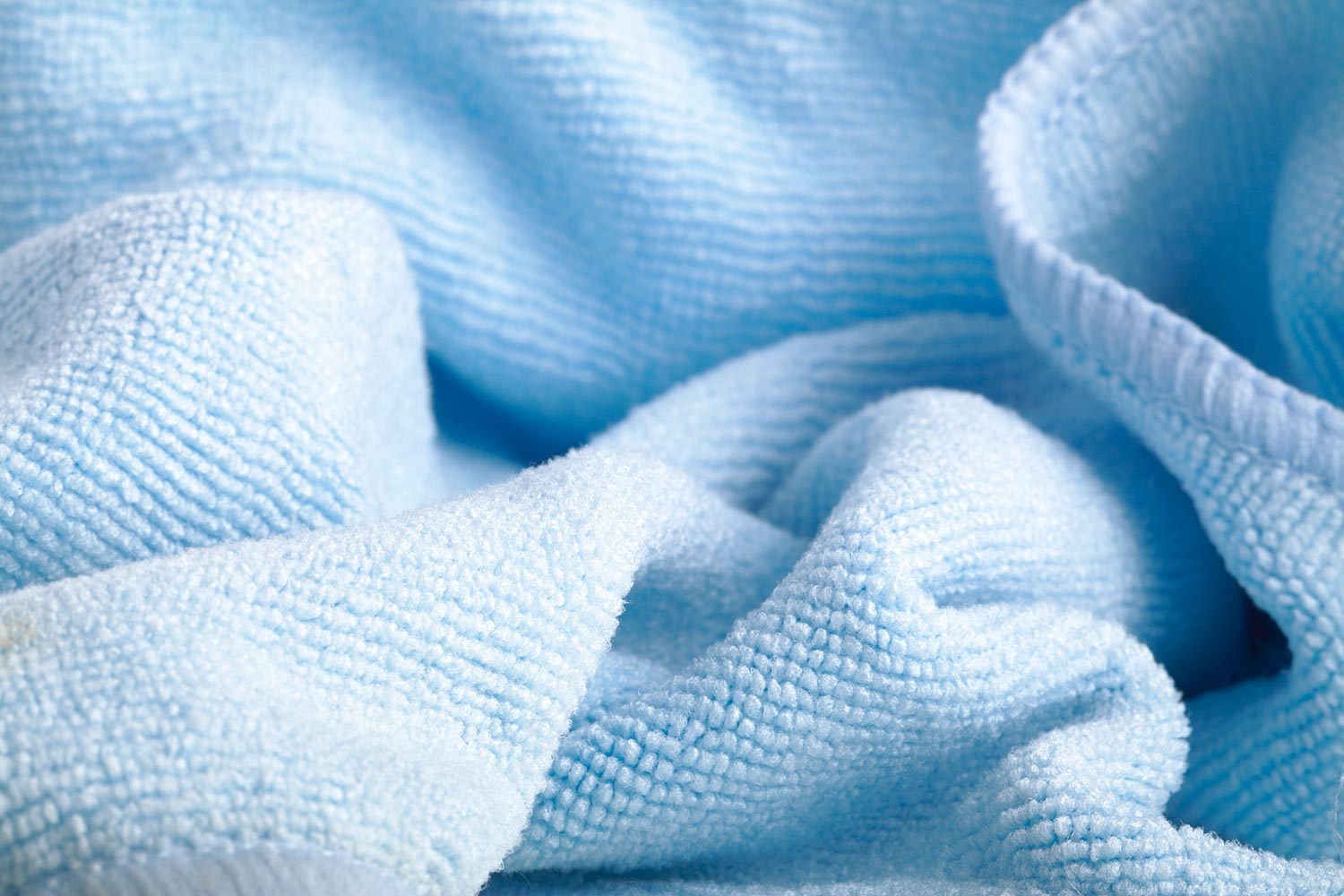 Not all towels come from the same material. If you look at these two closely, it's tricky figuring out the differences. Of course, they'll have a different design.

But how do these design choices make a difference? In the microfiber towel's case, it's a textile from super-fine synthetic yarns. Manufacturers split it into millions of microscopic fibers that are finer than a human's hair. It's half the width of it.

The synthetic material typically comes from a blend of polyester and nylon. These microscopic fibers give the towel an enormous amount of surface area. So, it's better at picking up dust and dirt that settles on the surfaces of your car. 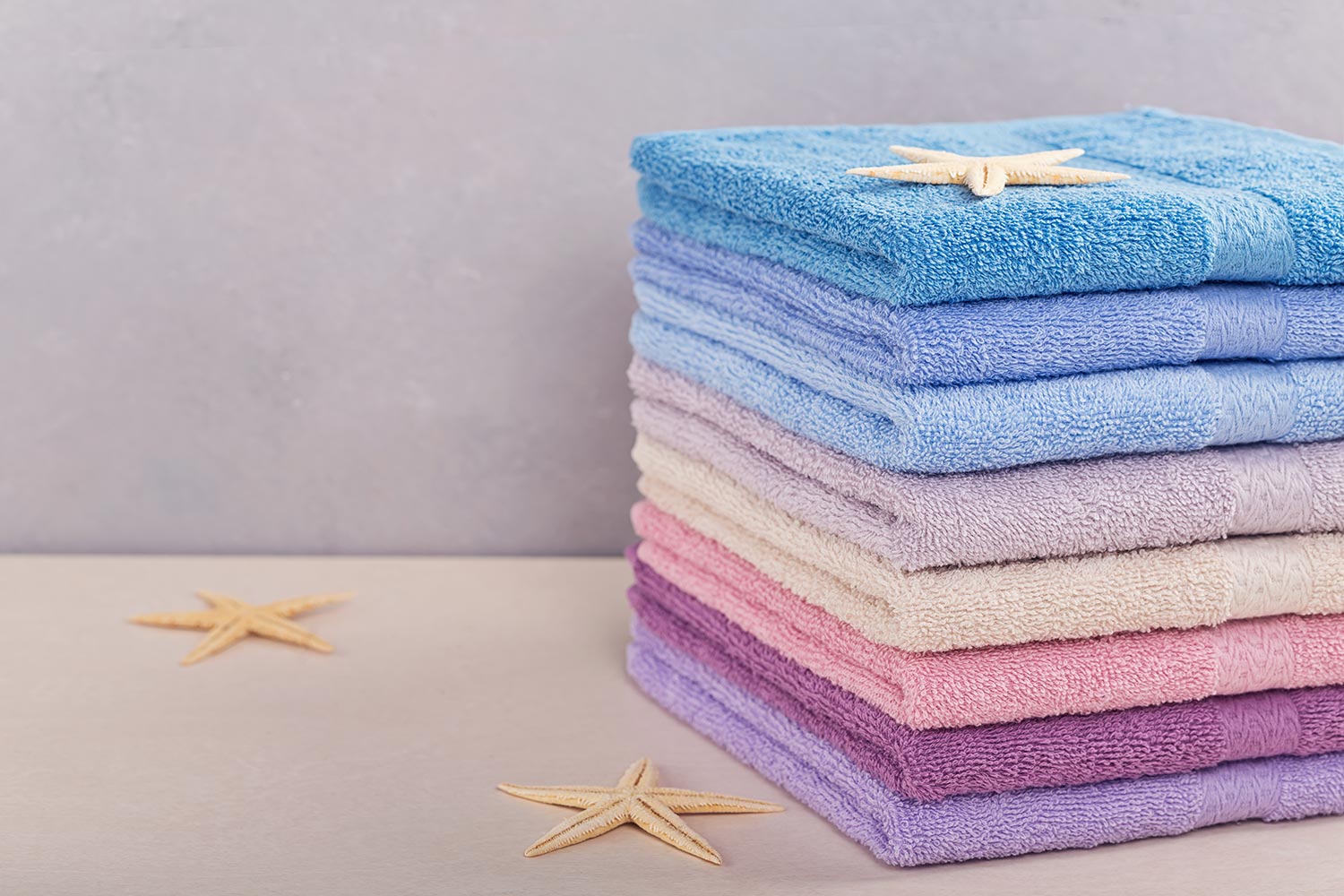 Click here to see these terry cloths on Amazon.

In comparison, terry cloths can't compare with the surface area of a microfiber cloth. The fibers are usually larger. So, they're not good at picking up dirt. It will leave some of it behind.

Terry cloths come from cotton. Hence, the selling point of this towel is how absorbent it can be. It has a history going as far back as the 1840s. They use the same design as the towels you use at home in bathrooms.

So, it's easy to see why it's popular in many situations. It's a tried-and-true material.

The Performance of the Two 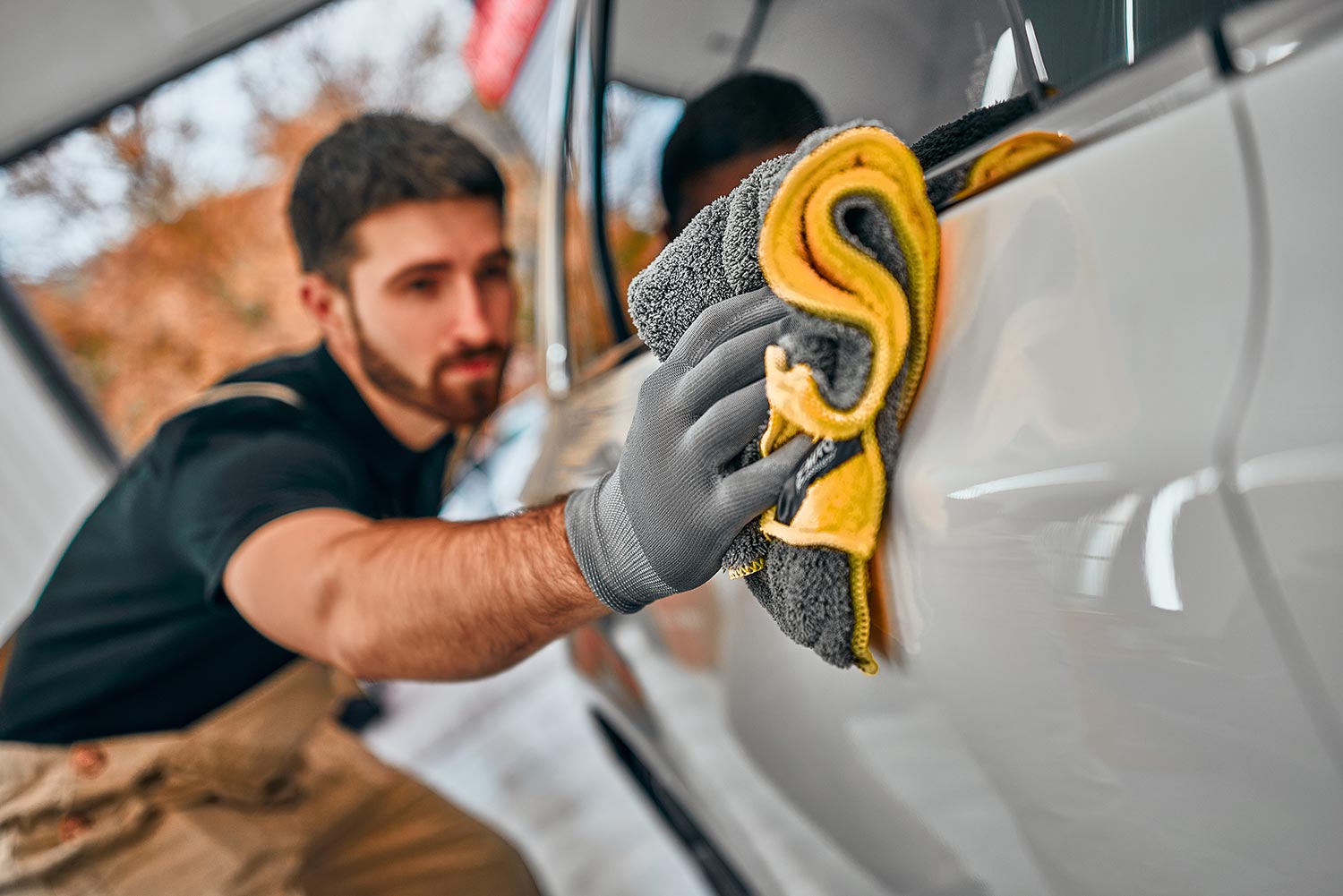 Where a product comes from is a start to understanding how it works. Microfiber cloths use synthetic material. Terry towels use organic.

So, how do these two towels stack up when cleaning up a mess? They're both durable and reliable for various situations. You can use terry towels to clean the body, upholstery, wheel wells, and door jambs.

It's the same for microfiber cloths. They're functional for various areas of the vehicle. However, they're better than terry towels because of their ease of use and quality.

Detailers are typically picky with the equipment they use. Some of them don't like using terry cloths. They tend to be bulkier. While that aspect may be good for some situations, it makes them less versatile.

Another issue with terry towels is quality. If you've gone through your fair share of terry cloths, you'd know the struggle with lint. You have to remember that they come from organic material. In our case, it's cotton.

Cotton will shed no matter what you do. But, some of them shed more often. It's a common problem with lower quality terry cloths. Though, even high-quality towels shed some material.

They will usually shed less after a few washes. However, why would you want to put yourself through extra work? It requires a little more effort, sure. But, microfiber towels are usually ready to use straight out of the packaging.

While terry cloths have lint issues, microfiber cloths also have problems with quality. However, it's not related to shedding. It's more of a question of effectiveness. 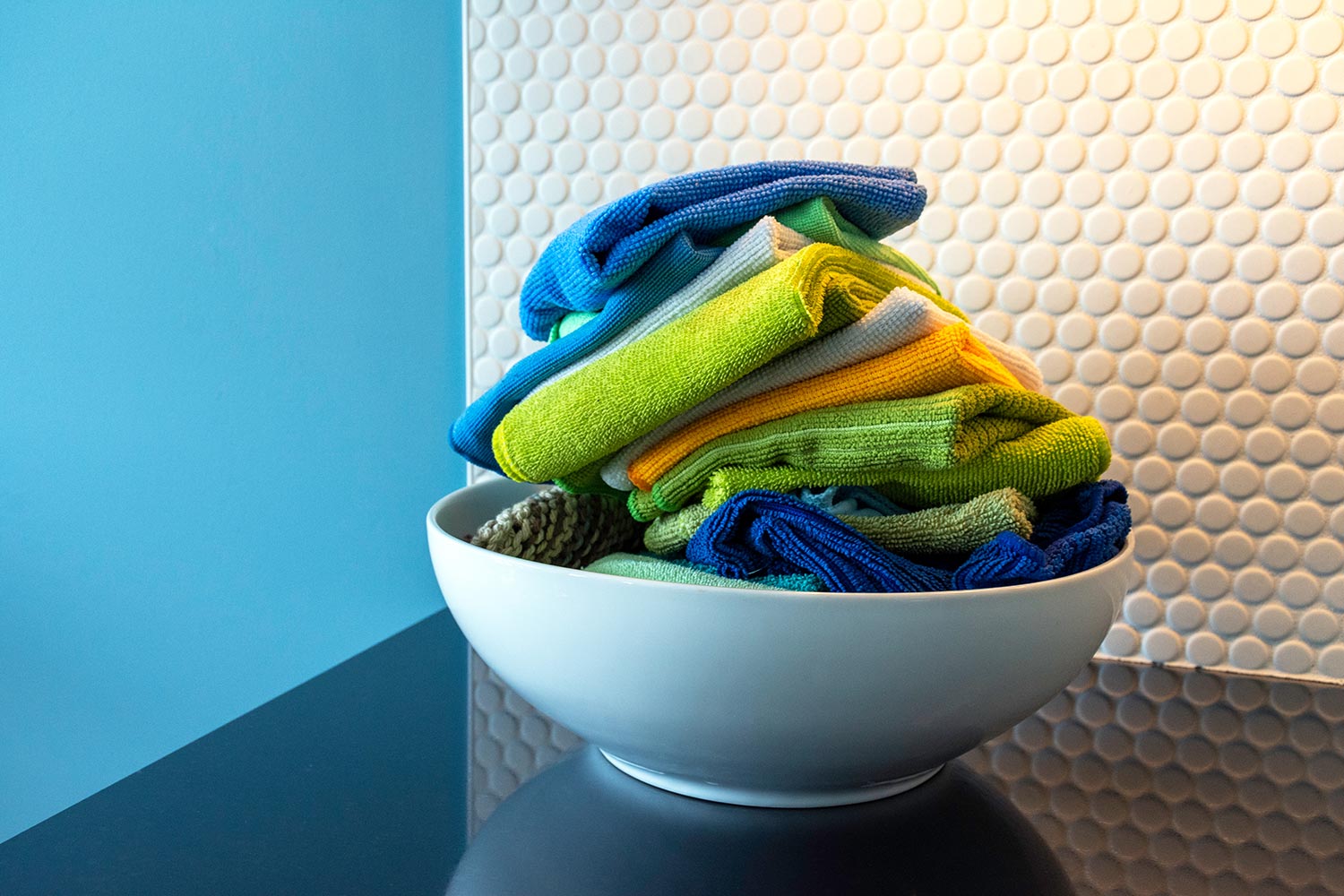 Manufacturers measure the fibers in denier. Denier is a unit of measurement that indicates the thickness of each thread. High-quality, microfiber towels will have a denier of 0.5 or below.

Click here to see these microfiber cloths on Amazon.

In general, the smaller the fiber, the better the cloth. Good microfiber towels can pick up grime and dirt with a couple of wipes. If you're struggling to wipe it off, it's one sign that you're using a low-quality one.

If you buy high-quality terry or microfiber cloths, they should last a long while. Neither of them will easily rip or tear. However, microfiber towels tend to be the go-to for difficult car cleanings.

Of course, each one has its setbacks. Over time, microfiber cloths will stretch and lose absorbency. As we know, terry cloths are prone to shedding. They may also shrink or tear in time.

One topic that many people debate is surface damage. Do terry or microfiber cloths leave scratches on car surfaces? Of course, no one wants to use rough material.

It's not a pretty sight when you see lines all over your car after cleaning. And, you might see people online blame it on the towel they've used for the job. Some people blame microfiber towels. Others suggest terry cloths leave scratches.

So, who's to blame? Neither of these fabrics should leave scratches on your car. Assuming you're taking good care of them, they shouldn't be rough on any surface.

Towels, regardless of the material, can leave damage under one condition. How clean are you keeping them? If the towels are dry and clean, they won't be dragging anything rough.

If you don't clean it, dirt and other grime will linger on them. Once they're dry, it's rough enough to leave scratches. So, it's on you to practice more care when cleaning towels.

It might seem as if microfiber cloths are winning in a landslide. It's better at picking up dirt and grime. Beyond that, it's usually lint-free and durable.

Does that make microfiber towels, the clear winner? If you had to pick one, yes! There's a reason professional detailers love it.

Fortunately, no one is forcing you to choose one and stick to it. It's better if you have both towels at your disposal. This way, you get the best of both worlds.

You don't want to overuse one cloth. So, if the job requires extensive cleaning, use a microfiber cloth. If you need absorbency, terry cloths are superior. Terry cloths will be better for cleaning leather, carpets, and upholstery. Microfiber cloths are better at everything else.

How Do You Take Care of Microfiber Cloths? 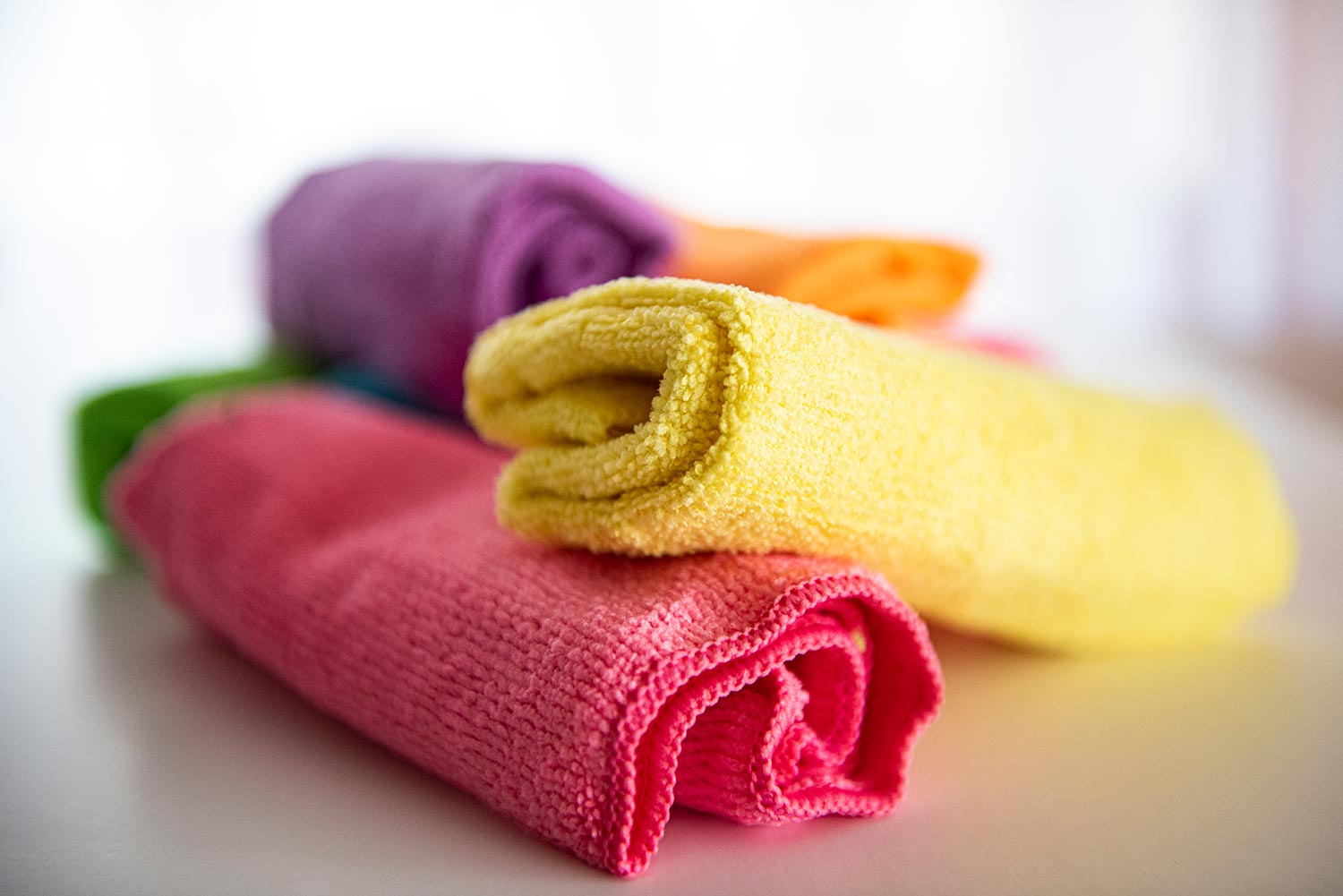 Now that we know the winner of the two. But, there's still more to learn about your choice of equipment. As mentioned, both towels can leave scratches on your car if you don't clean them correctly.

Be especially careful with microfiber towels. They're exceptional at picking up dirt, which is an advantage. However, it can also be a disadvantage.

It can be a disadvantage because it's easy to miss the dirt that lingers on the towel. So, you might use it again and leave scratches on your car by accident. After every use, shake them to dislodge the grime it picks up.

In addition, rinse the towel thoroughly before throwing it in the washing machine. If using multiple towels of different materials, store the microfiber cloths separately.

When you mix materials, the microfiber cloth will pick up lint. Therefore, it may leave lint behind after cleaning, which is uncommon for microfiber. Last, avoid using fabric softeners.

Fabric softeners can potentially reduce absorbency. And, it may cause the microfiber towel to leave streaks and smears over any surface you use it on. If you're purchasing a microfiber cloth, take the tag off. Tags can also leave scratches on your car.

Dust is an inevitable part of life. It gets everywhere, even if you try to stop it. Though, we have some ways to control it. Since microfibers are excellent at picking it up, store them in plastic storage totes.

Click here to see this storage bag on Amazon.

This way, you can ensure you're not spreading dust that it has accumulated during its downtime.

How Long Will Microfiber And Terry Cloths Last?

It's no secret people love purchasing tools that last a long while. So, what if you value longevity? Which one of these would last longer?

Unfortunately, there's no universal answer to this question. It all depends on several factors. The frequency of use, how well they're taken care of, and the quality of the towels determine how long they can last.

It's safe to say they're reliable enough to last you a few years. Of course, that's assuming you get a quality microfiber or terry cloth. They'll both eventually wear out.

When that happens, it would be time to retire it and buy a new one.

So, are you convinced of the effectiveness of a microfiber cloth? It might solve your cleaning problems. Professional detailers love it for how effectively it can pick up grime. In any case, you can't go wrong with either.

Before you go, do you need comparisons for other areas of a vehicle? What about truck liners? To learn more, check out:

Raptor Liner Vs Rhino Liner – Which To Choose?

Do you want to compare aftermarket exhausts? For more information, check out:

Glasspacks Vs Straight Pipe: What Are The Differences?