Having a sunroof is a neat feature to have in your car. It gives you a wider vantage point of the sky while driving, especially during a starry night. But a sunroof that won't close can be a pain, particularly during high noon when the sun is out. In this article, we have asked the experts and scoured the internet what could be the reason and what to do when this happens in your Mitsubishi Outlander.

There could be multiple reasons why your sunroof may start acting up and refuse to close itself. Below are some of the most common causes of this debacle.

Are you interested to learn more about sunroof problems with your Mitsubishi Outlander and their solutions? Keep reading as we dive into topics like resetting your sunroof, manually closing it, the difference between moon and sunroof, and many more. We will also be suggesting some cool and informative topics at the end of this post. So go ahead and finish this write-up! 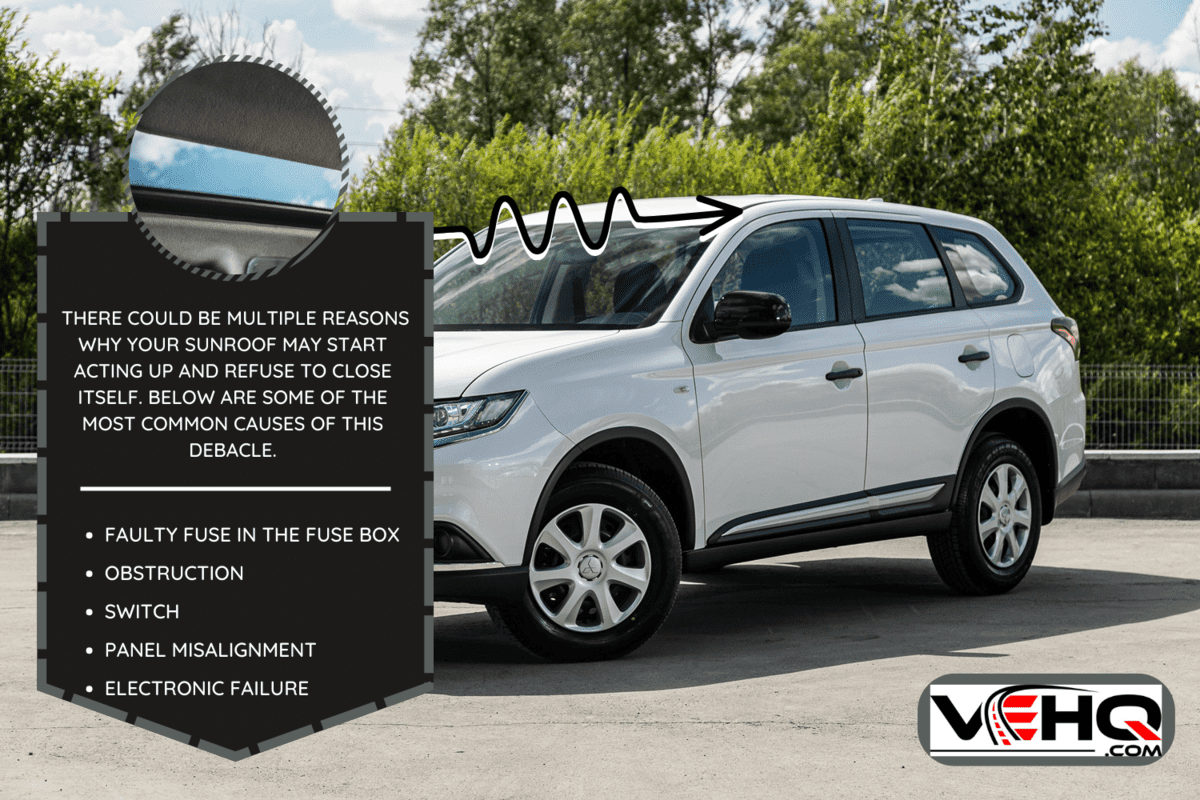 A faulty sunroof on your Mitsubishi Outlander can be caused by malfunctioning one or more combinations of parts. What you need to know is that most of the time, it would be an electrical rather than a mechanical issue. Here are some of the most common reasons why your Outlander's sunroof may be acting up. 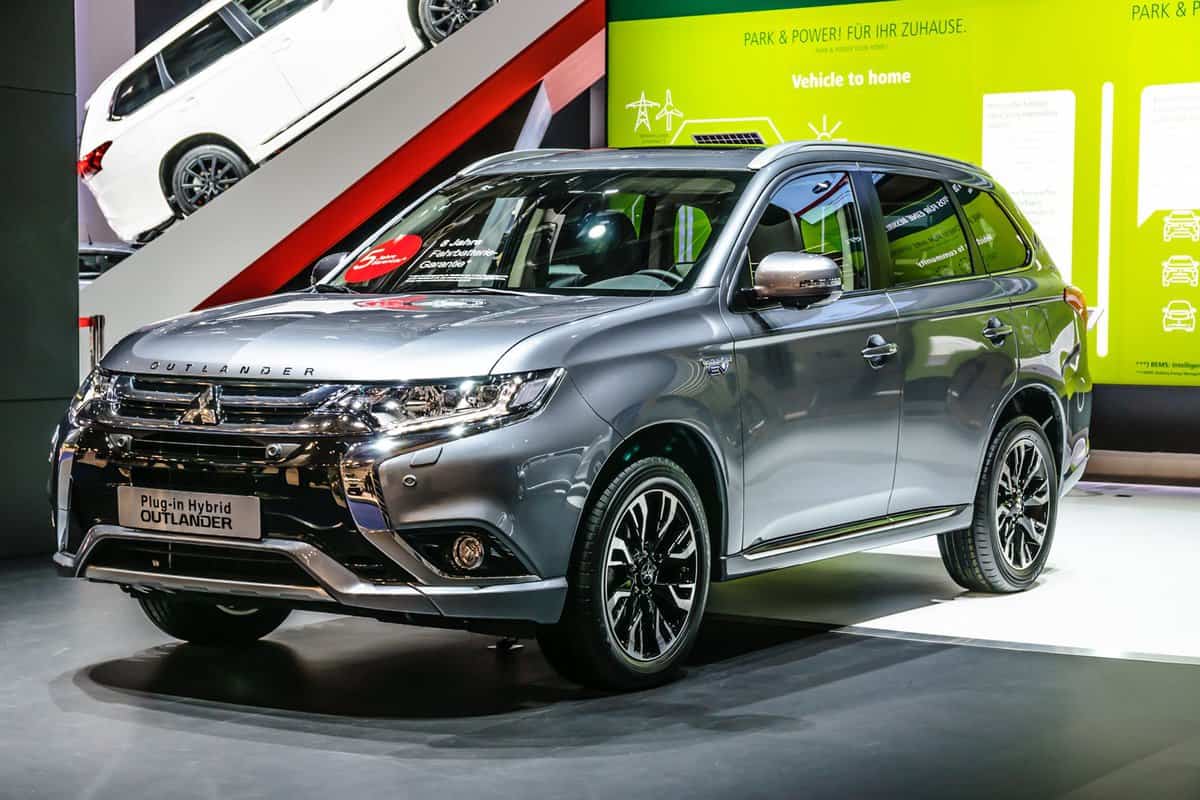 Faulty fuse in the fuse box

A malfunctioning fuse can cause the electronic response in your vehicle to be absent. Your vehicle has a housing in it called the fuse box. This is where all the fuses for the electrical components of your car are located. Basically, if the fuse for the specific electronics is faulty (i.e., blown), that function will not work.

To check if this is what's causing the problem, locate the fuse box of your Outlander (usually under the dashboard of the driver's side and on the right side of the engine bay.) You can locate the fusebox for the sunroof as it has a symbol of a car with an open roof on it.

If you see that the fuse has black metallic marks or a separated line inside the fuse, then you have a blown fuse. To remedy this, change the blown one with the appropriate replacement. Your sunroof should be as good as new.

Below is a video that shows the fuse box location and fuse labels for the Mitsubishi Outlander.

Another cause of an unworking sunroof is possible debris that might be blocking the sunroof from closing. For the Outlander, glass is the main roof for its sunroof, and the only retractable part is the headliner inside the car cabin. So outside debris will not be a problem.

You can, however, have debris stuck coming from inside the car, particularly if there are kids that often ride in the vehicle. Foreign objects can cause a clog for the roof to fully close. Pile up of dirt and dust can also be a culprit.

One particular problem this can cause is that it may destroy the sunroof's mechanisms as it tries to close or open itself forcibly while something is blocking it. You can check the lining to see if there is any blockage and try to remove it.

You can simply have a malfunctioning switch, especially if your Outlander has been with you for a while. Wear and tear on switches are particularly common, more so if they are often used. Bring your Outlander to the nearest dealership and have it checked out to see if your switch is the culprit. If it is, have it replaced.

Your sunroof is a moving part of your vehicle. It retracts and closes when you open and shut it. That is why there is a chance that the moving roof panel can be misaligned, particularly if it was bumped or hit with force, which can cause the panel to be out of place.

You can simply pop it back in position depending on how badly misaligned it is. But if there is still a problem after placing it back, you can have it checked by a mechanic to have it diagnosed properly.

This type of problem may affect not only your sunroof but also other electronic components as well. This can be caused by either a faulty battery or damage to your car's electrical system. With this type of problem, a trusted mechanic or your local dealership is the best way to have this resolved.

What do I do if my sunroof won't close? 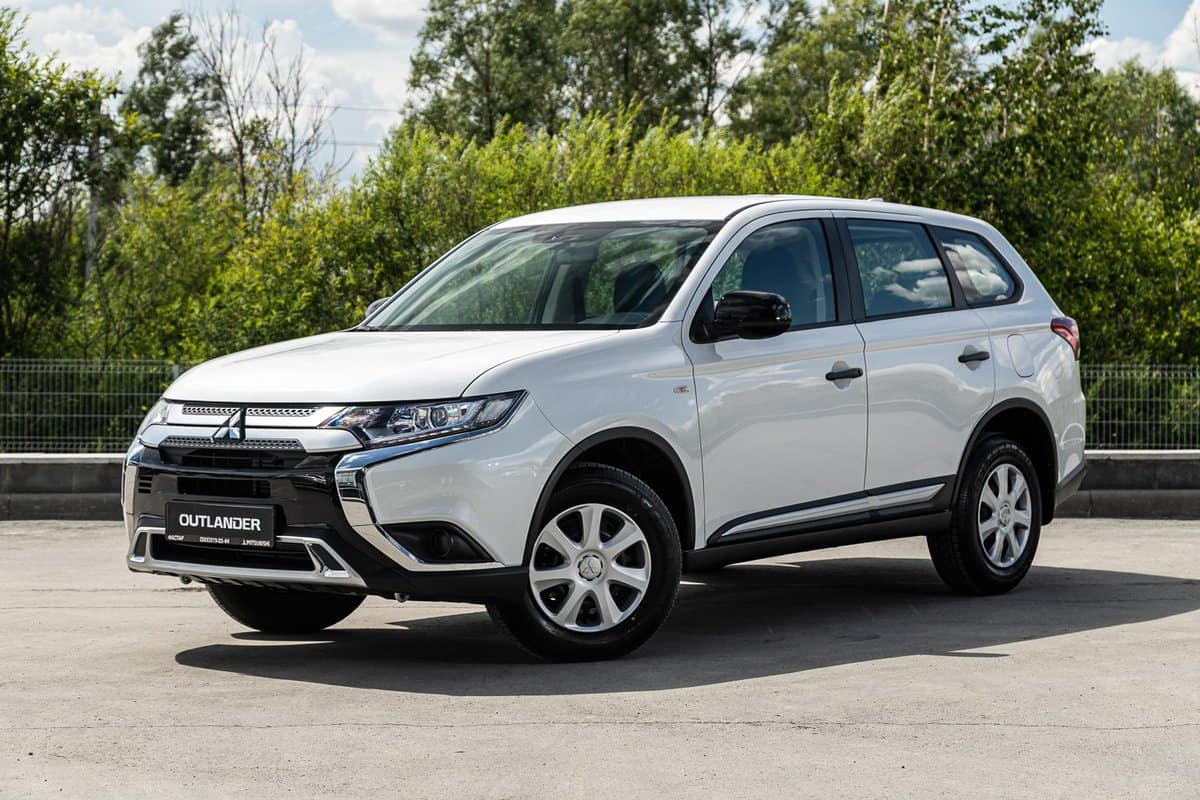 Having a physical look at your sunroof should be the first thing you should do. Check if there is any object that could be blocking the sunroof. Look to see if the panel is misaligned and try to pop it back if you can.

You should not try to force it by hand as this can harm the mechanism of the sunroof. What could've been a simple fix can lead to parts replacement if you try to exert a significant amount of force in closing or opening it.

If you lack the skills and knowledge to diagnose and repair your sunroof, your best bet is to have a professional look at it. This way, the problem can be properly identified and fixed.

Avoid doing repairs on your own, as there is a possibility of breaking it more. With sunroof repairs, most of the time, you will have to remove the entire headliner to have a proper look and diagnosis. This can be a very technical task, especially to the untrained.

Below is a video illustration of how a sunroof is typically repaired.

How do you manually close a sunroof motor?

For most vehicles, you will have to access the motor of your sunroof in order to close it manually. The motor is situated in your cabin dome lights, where the switch for the sunroof is located.

After accessing the motor, you will be able to activate it by turning an allen bolt. There are two holes. One is to open, while one is to close. Select the one that you want your sunroof to do.

Below is a detailed visual aid of how to manually close and open the sunroof for most vehicles.

How do I reset my Mitsubishi Outlander sunroof?

Resetting your sunroof can be one quick, easy fix if you are suddenly encountering problems with it. One safety feature of Mitsubishi sunroofs is that if a hand or head gets stuck in it, it will automatically open back up.

Repeated activation of this safety feature though can cause the automatic function of your Outlander's sunroof to fail. Below is a step-by-step procedure found in your car's owner's manual to reset it when this happens.

What is the difference between a sun roof and moon roof?

Sunroof and moonroof are often interchangeable words to describe a cool feature in vehicles that gives passengers additional visibility, particularly looking up at the sky. They were at first considered to be a premium amenity in luxury cars before, but the feature has slowly trickled down its way to a more budget-friendly segment, as more and more car is already offering this feature.

The main difference between the two is if you have a sunroof, you can have access directly outside, meaning it opens all the way. While with a moonroof, only an inner panel is one that retracts, which reveals a transparent glass roof.

Obviously, for the moonroof, the advantage of still protecting yourself from the elements while being able to see outside through your car roof is there. The sunroof is particularly useful if you want to feel the outside environment while inside your car. It is also useful for parades.

Is a sunroof worth the extra money?

Getting a car with a sunroof is a neat feature as it adds a better driving experience, especially if you want to enjoy the view from a vantage point other than your front and side.

As we said earlier, it was primarily common in luxury vehicles but is currently present in the mid-range type of vehicles. If you are on a budget and can only afford a cheaper type of car, a sunroof option won't be available most of the time.

If you love sightseeing and are always on road trips, then getting a sunroof would be worth it. Not only does it add more views while driving, but it is also a great source of natural lighting. If you want sunlight exposure while driving, get one. However, you have to remember that this will add to the maintenance that you have to do with your vehicle.

There are multiple reasons why the sunroof on your Mitsubishi Outlander is malfunctioning. It could either be because of a broken down part, a foreign object dislodged on the panel, or even eventual wear and tear of switches.

When repeating your sunroof, more often than not, it will require significant work as you would have to take off parts like the headliner in order to fully access it. That is why, in these instances, going to your local dealer or a trusted mechanic is the best bet to have this type of problem sorted out.

Here are some related articles that we have previously written. Go ahead and check them out!

How To Unlock Hands Free System In Mitsubishi Outlander [In 5 Easy Steps!]

Does the Outlander PHEV Have 7 Seats?

What Pickup Trucks Have Sunroofs?