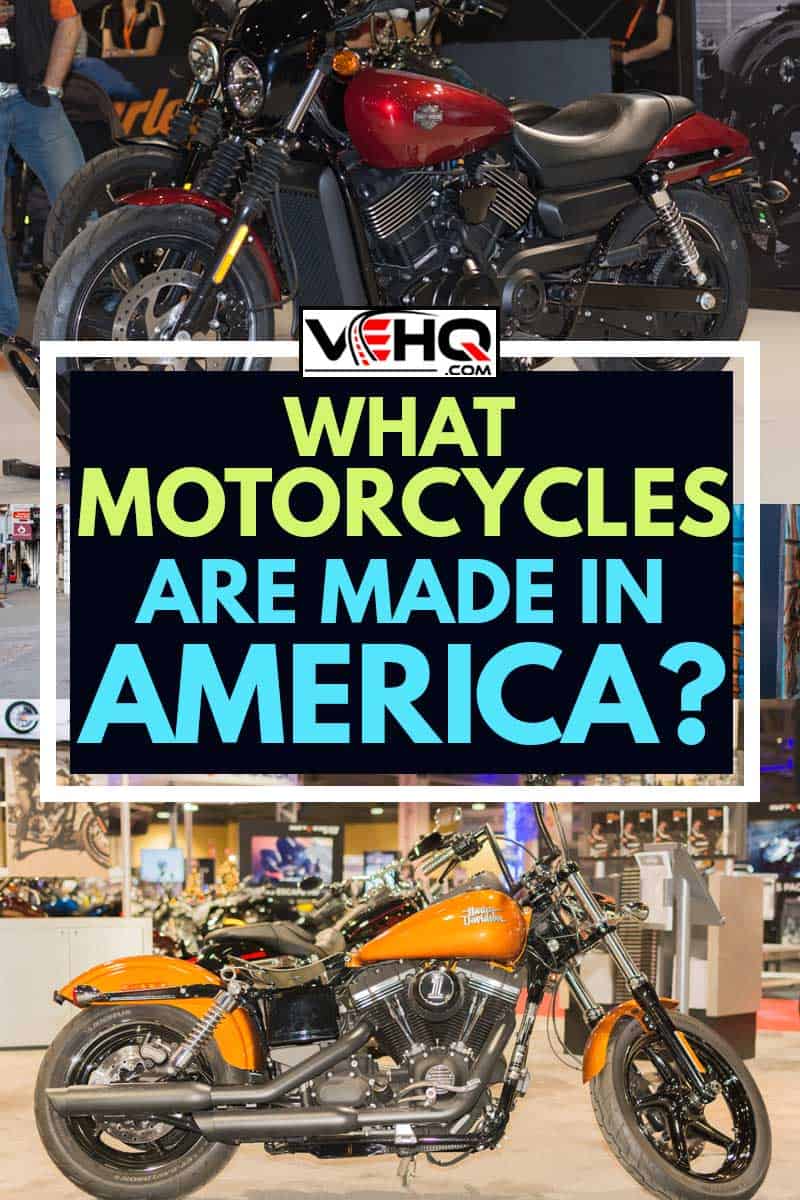 If you still have some questions, don't worry. We have created a guide that aims to answer your questions about American made motorcycles. Keep on reading to learn more about other motorcycles made in America.

Harley-Davidson is the definition of an American motorcycle; everything was made and sold in the United States up until 2018 when they decided to do some overseas production. Many were furious at the company for the decision.

Nonetheless, most of their inventory is made in the USA. Harley-Davidson has been making motorcycles in Wisconsin since its beginnings in Milwaukee. Their US manufacturing plants are found in Menomonee Falls and Tomahawk, Wisconsin and York, Pennsylvania.

Below are some of their best-selling motorcycles. 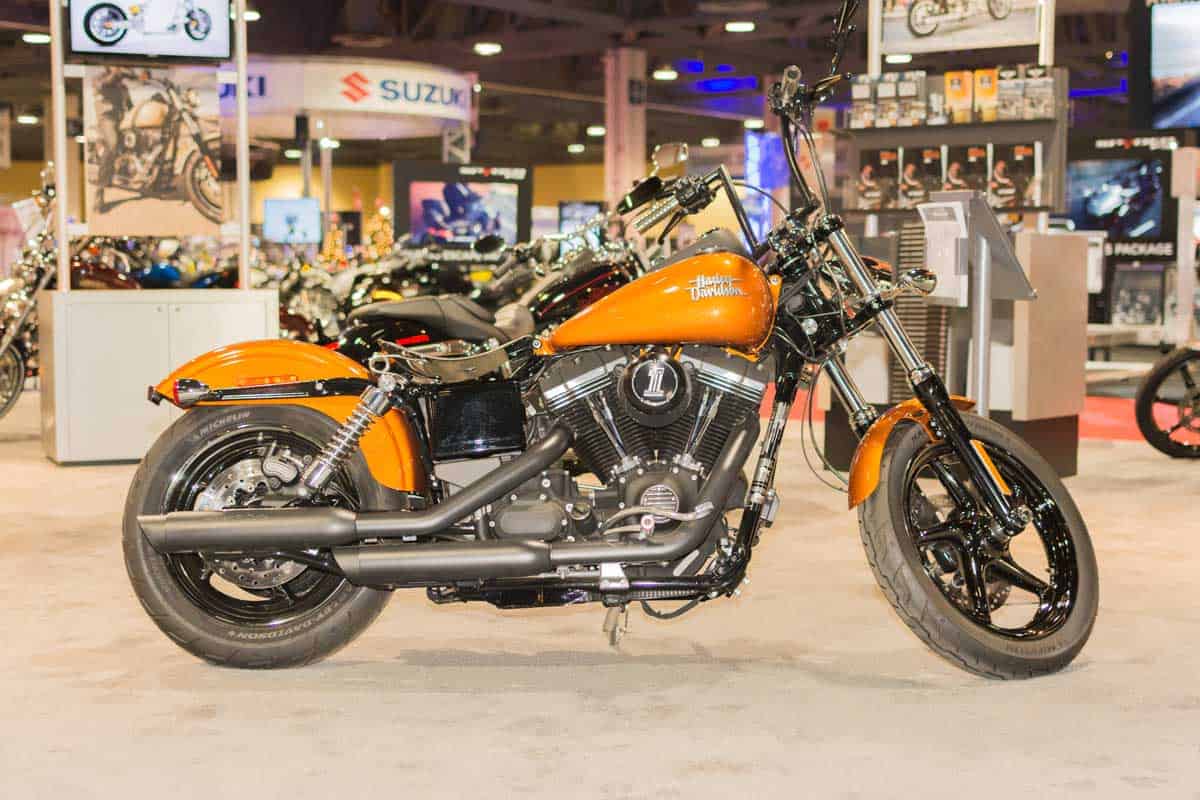 The Street Bob gained popularity after World War II, where they were remnants of the war that were then stripped down for casual use. It resulted in a motorbike that to this day brings the bare essentials for a bike, but adds a clean look to it.

On the road, you'll experience a super smooth ride. Turning is swift, shifting gears feels excellent, and you don't have to tense up so much when hitting a road obstacle thanks to its high-quality suspension. 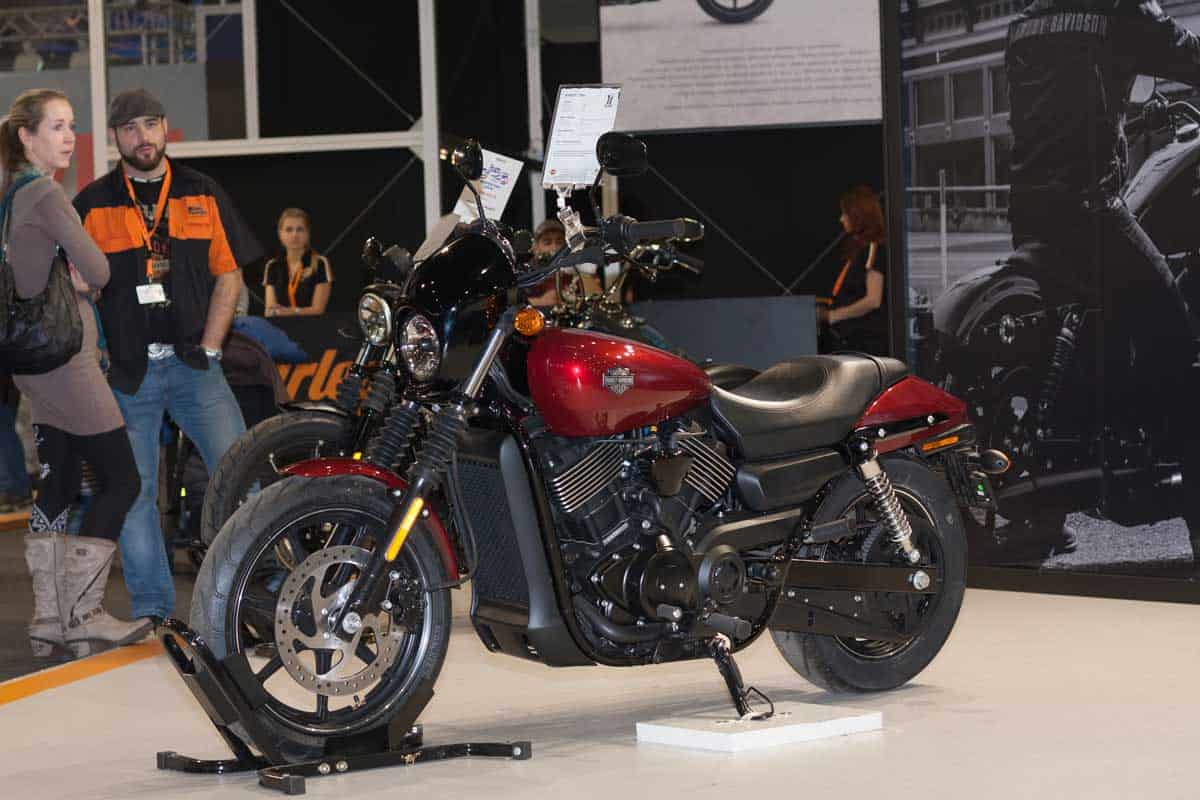 U.S. versions of this bike are made in the Kansas City, Missouri plant. It's a great option for newbies with its affordable pricing and surprisingly good engine.

Its only downsides are that it's a little low of a ride, and the comfort factor is great for short to medium-length travels. After a while, it starts to feel uncomfortable. We suggest this bike just to get a feel for motorcycling.

Indian Motorcycle was America's first motorcycle manufacturer dating back as early as 1901 thanks to George Hendee and Oscar Hedstrom. In the 1950s, this company was prime in the motorcycle racing world. Through many financial ups and downs and company mergers, Indian Motorcycles continued to make some of America's best bikes for on and off-road traveling.

Their inventory is assembled in Spirit Lake, Iowa with the engines being made in Osceola, Wisconsin. Today, the company is owned by Polaris Industries.

Owners of the Scout Bobber think that it's one of the most attractive bobbers on the market. It modernizes a classic design and gives it plenty of comfort and a smooth feel.

Its performance is just as great as its design with its 100-horsepower engine. You get a smooth ride and powerful torque when going to higher gears. One downside is that you can't lean as far as others when turning.

Boss Hoss is the more recent manufacturer on the list, establishing themselves in 1990 by Monte Warne. It all started in a shop in Dyersburg, Tennessee; originally it was a 5,000 square foot shop that expanded to a 22,000 square foot factory over the years.

The focus was to make top tier V8 motorcycles. And they've done so by becoming the only motorcycle manufacturer to receive a vehicle-type approval from the European Commission.

The final assembly of each vehicle is manufactured on Boss Hoss's multi-line assembly line. Below are some of their motorcycles currently for sale.

Where Are Kawasaki Motorcycles Made?

After years of manufacturing other forms of transportation such as locomotives, freight cars, and aircraft, the first Kawasaki motorcycle (called the Kawasaki B8) was made in 1961. Then in 1968, operations that originally began in Japan branched out to the U.S., starting in Chicago.

After some intercompany mergers, Kawasaki Motors Manufacturing was born in Foothills Ranch, California. You can find the engine manufacturing plants in Grand Rapids, Michigan and Maryville, Missouri.

Where Are Honda Motorcycles Made?

Honda is another manufacturer whose roots began outside of the United States. Honda holds the title for being the first automaker to build engines and transmissions and export them from the United States to other countries.

The first plant to open in America was a few miles from Marysville, Ohio back in 1979. The first motorcycle made here was the Honda CR250M (also called Elsinore), a two-stroke single-cylinder that was designed for Motorcross sports.

Production of Honda motorcycles occur in numerous manufacturing plants across the globe. Below are the locations of plants where motorcycles are made.

Note that Honda motorcycles are not currently made in the United States. According to Auto Blog, production ended in 2009 with the Honda Gold Wing.

Are Any Motorcycle Helmets Made In America?

Many consumer accessories have the "made in China" label, including motorcycle helmets. Even Harley-Davidson, viewed as the American motorcycle brand, makes their helmets outside of the United States.

One company that makes their helmets in the United States is Simpson Performance Products. However, their inventory of helmets is much more expensive than the average helmet. That's because their helmets (along with other gear they sell) are designed for racing.

All of their helmets are DOT certified and American made. You can check out their inventory by clicking here. Just be prepared for a hefty price tag if you decide to shop here.

Bell Sports, a well-known name in motorcycle helmets, was believed to make their helmets in America. Originally, this was true, and some Bell helmets have the "made in America" label. However, they moved production from Rantoul, Illinois to China, so newer helmets won't have this label.

If you want a fully American made motorcycling experience, we hope that we've provided you the needed details of where motorcycles and gear are manufactured. Your path to a patriotic ride is only a purchase away.

Be sure to check out these other motorcycle guides: