When driving or sitting in the passenger seat, you want to be comfortable. If your car seat doesn't move vertically but moves up and down, you'll want to take care of the problem. We've researched this issue and provide tips in this post on how to fix it.

A malfunctioning motor is the most common cause of a power car seat not moving forward or backward. Check if your track motor is still operational by connecting it to the car's battery with jumper cables. If it is no longer working, you should replace it.

Why Won't Your Car Seat Move Forward Or Backward? 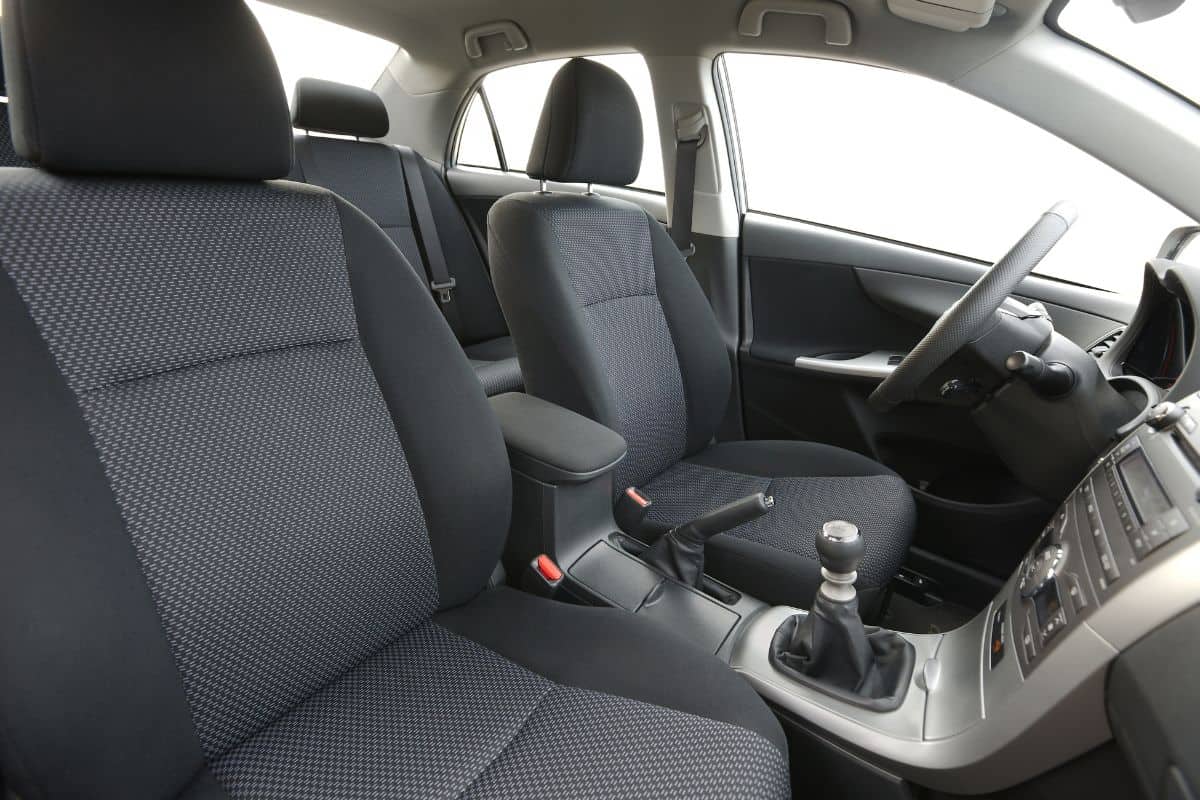 Many issues can cause this problem, but the most prevalent one is a defective track motor.

A power seat has different motors. One moves the seat back and forth along its track, and another tilts it forward and backward. A third motor raises and lowers the seat.

If the power seat does not move forward or backward, a damaged wire in the track motor could be the cause. You should examine the wires beneath the seat to check whether they have been damaged by movement.

If the wires are not damaged and are fully connected, the track motor could be broken.

How To Troubleshoot A Power Car Seat 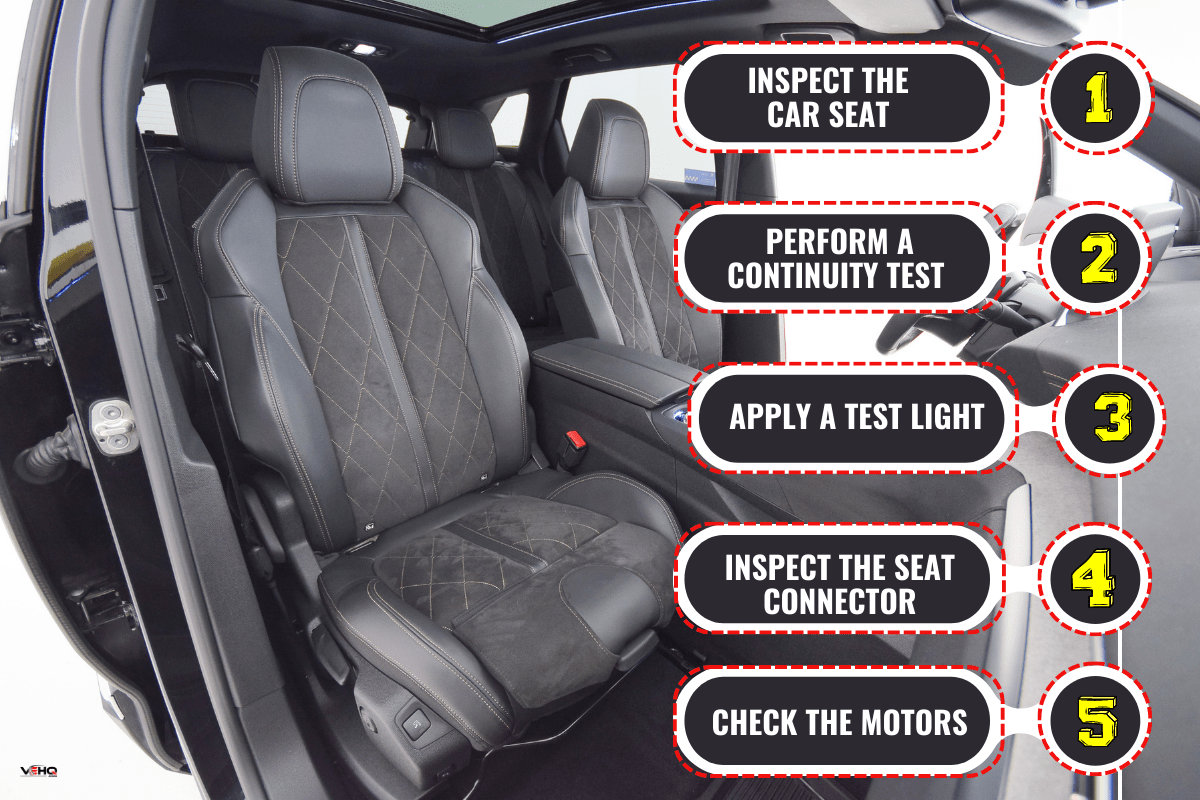 Repairing a power seat does not require a high level of electrical expertise. Follow these techniques to troubleshooting the problem.

Inspect your seat, including the backrest tilt controls and seat height, to determine what is and isn't working. If none of the systems are operational, it indicates a complete lack of power.

If only the horizontal adjustment has failed, the issue is with the circuit breaker or the motor.

Check the circuit breaker and fuse box. To expedite the process, thoroughly check the fuse. You can also check it with a multimeter.

If it seemed hot to the touch as you drew it out, or if the replacement breaker clicks as you put it in place, it's possible that there is an electrical fault in the system.

Examine the fuse thoroughly. A blown fuse typically has a break in the internal wire. Discoloration and charring are other signs of a blown fuse.

You should verify with a test light that the fuse is still operational. Connect your test light to the negative battery terminal and probe the contacts on the fuse if it's hooked in. If there is no light, it indicates the fuse is not working.

A blown fuse is usually an indication that something else is wrong with the circuit.

Check to see if the primary power connector to the seats has become loosened or rusted. If everything appears to be in order, disconnect it and check for ground and power.

The ground wire is black and the power of the positive wire is red. Since they supply power to the motor, both cables are often thicker.

Disconnect the wires that are connected to one of the motors for testing. Connect one end of the test light to one terminal and the other end to the other terminal using a test light.

Use the switch that controls that motor to determine if power is flowing towards it. If there is no power or the test light does not illuminate, the control switch is defective. If everything checks out up to this point, the motor is faulty and should be replaced.

Watch this video for more details. 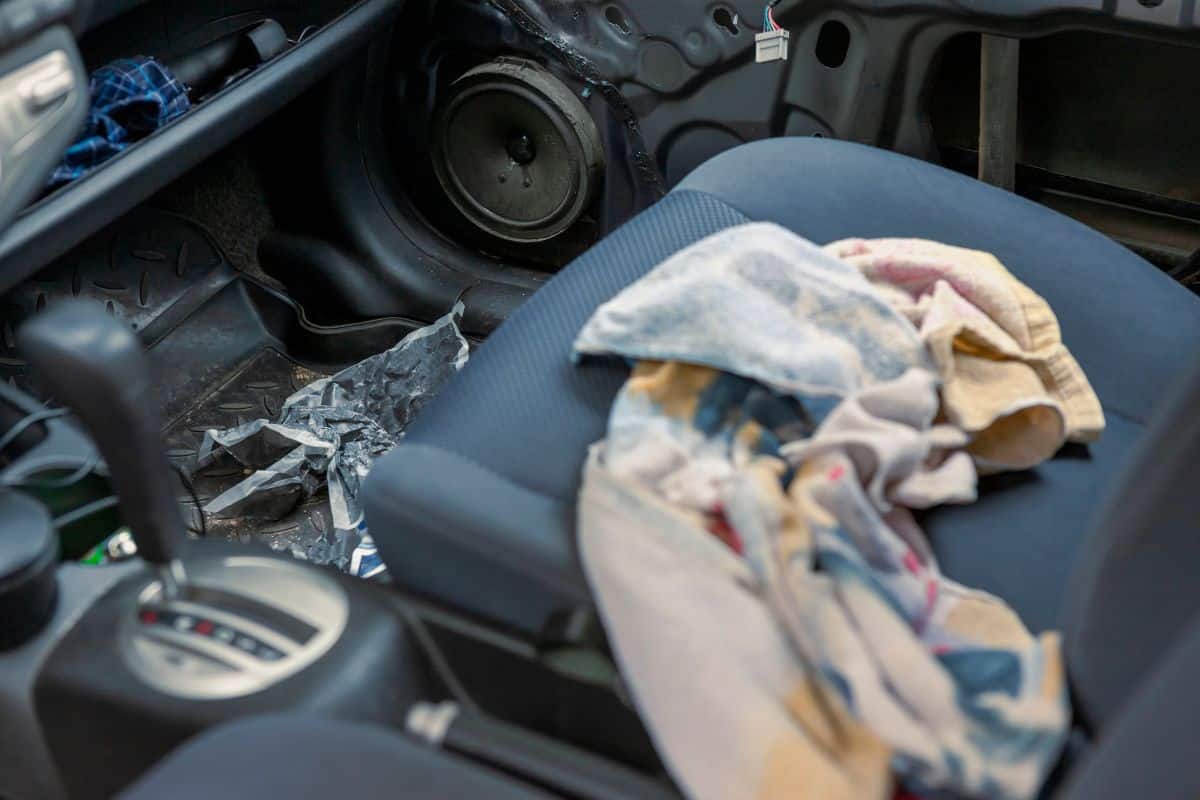 The following are some of the potential causes of a faulty power seat:

Objects Are Obstructing The Seat

An object in front of a car seat can sometimes hinder its movement. When a foreign object becomes lodged beneath the power seat, it may stop moving. Before shifting your seat forward or backward, make sure nothing is under the seat.

Problem With Gears Or Fuse

Power seat malfunctions can be caused by a blown fuse, stretched cables, or gear alignment problems. 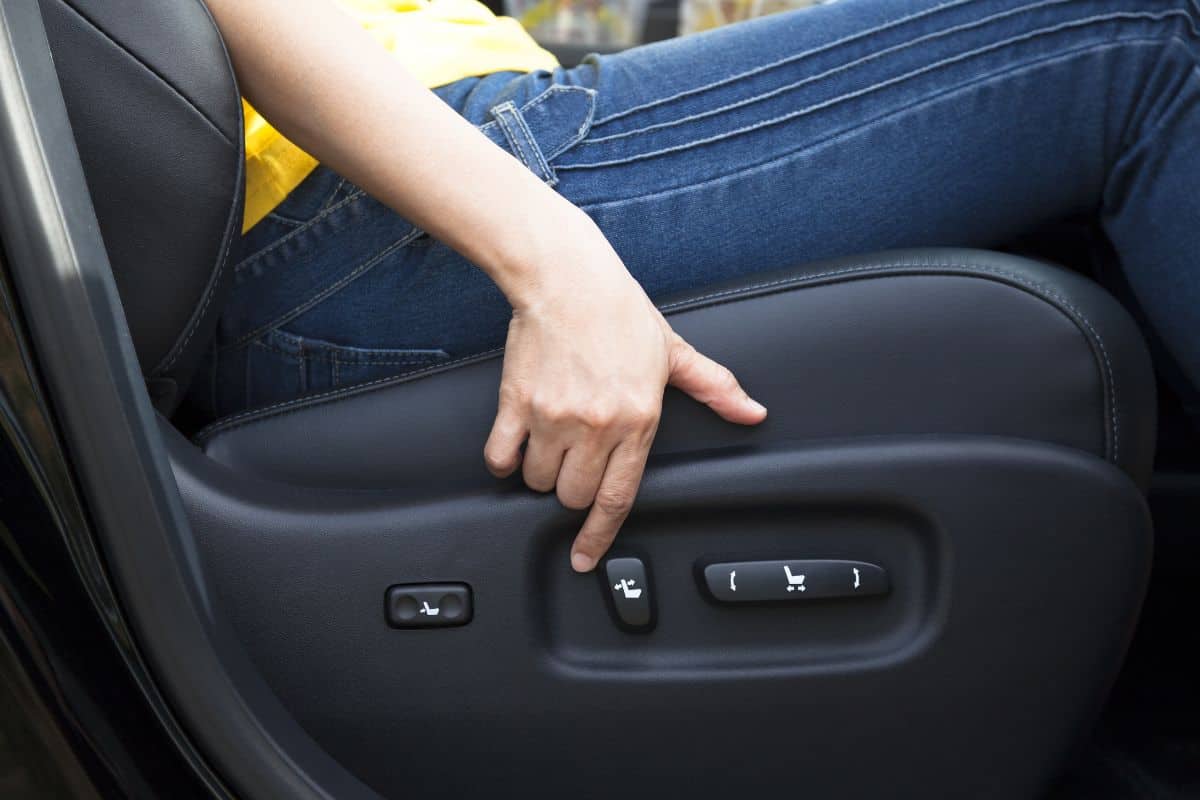 The following are the most prevalent symptoms of a failing power car seat.

Once you click the switch on the power car seat, and it moves slowly, this is an indication that the switch is started malfunctioning. However, before it completely stops moving, the power sear switch can still be replaced.

This could be due to a number of difficulties, including a wiring fault, or a problem with the switch itself. In any case, the power seat switch should be examined by a mechanic so that the voltage may be tested with a voltmeter.

When you press the power seat switch and the doesn't move, you should have it checked right away. This is another indication that it is malfunctioning, but you still have time to have a technician replace the switch before it entirely fails.

Because of the intricate electrical systems included in many automobiles, it is a good idea to have a professional repair the switch.

If the seat does not move when you press the switch, this is an indicator that your power seat switch is broken or failing. The seat may not move up, down, forward or backward.

Check the fuses to determine if they have blown if the seat isn't moving at all. If the fuses are still good, have a professional mechanic replace your power seat switch so you can drive safely.

How Do You Manually Move A Power Seat? 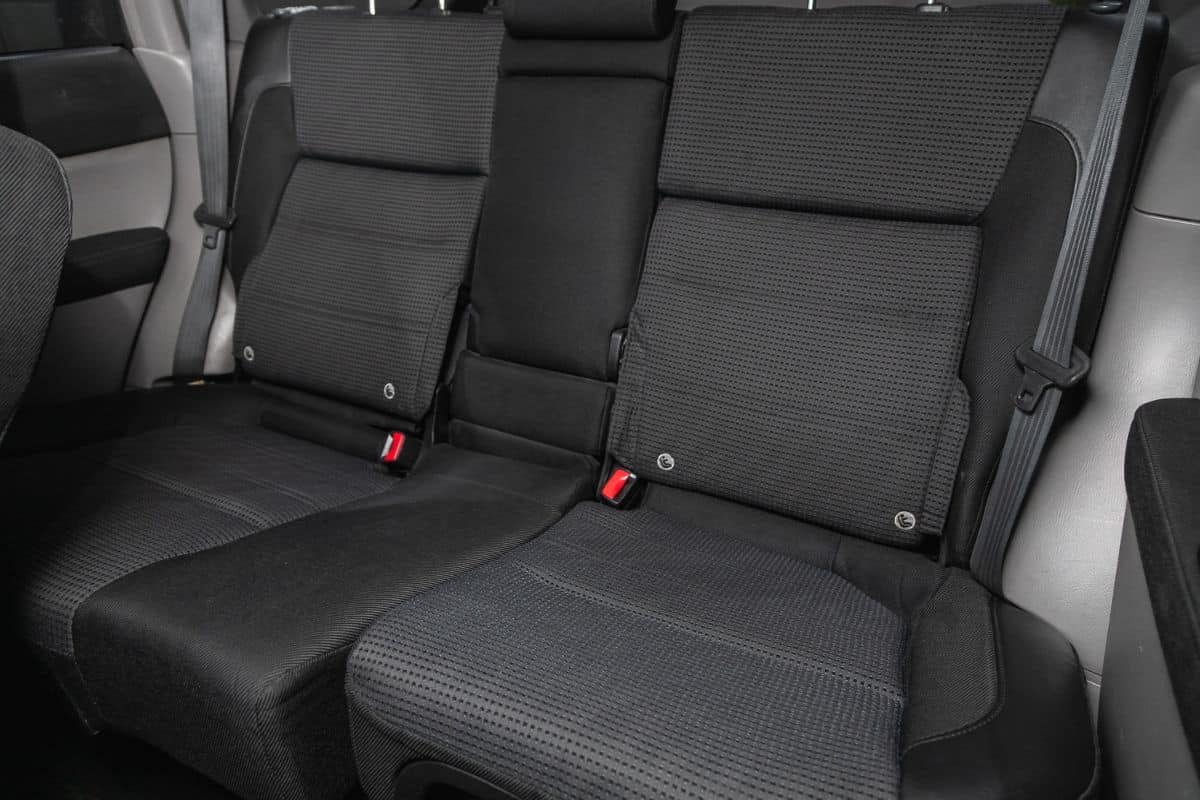 Follow these instructions to learn how to manually adjust a power seat before seeking professional assistance.

1. Take Out The Seat

Prioritize safety at all times. Since you're working with electrical components, always ensure the engine is turned off. You should also disconnect the battery.

To start, get the seat out of the car by taking out the bolts that secure it. Another option is to slice open the back of the seat with scissors or a knife.

With scissors, cut the spring mesh beneath the car seat and locate the shafts that control the seat's position.

You are now finished. However, this is simply a temporary fix. You will need to take your car to the dealership or service center for a thorough diagnosis and any necessary repairs.

It's pointless to fix anything in your car if you don't immediately check to see if you've done the right thing. So you should go for a drive after after the repair.

If the seat arrangement is still awkward or painful, repeat the process until you can freely and comfortably control your vehicle.

How Much Does Power Car Seat Repair Cost? 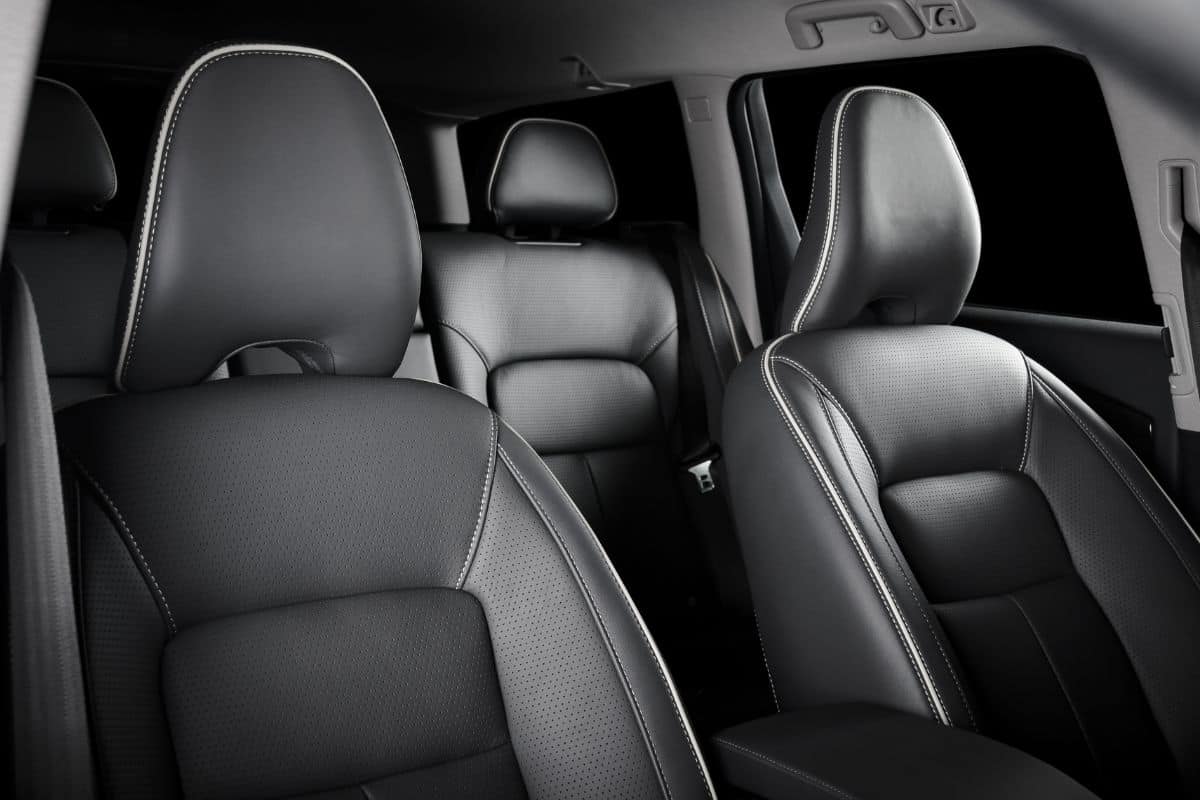 The approximate cost will be determined by the type and year of the vehicle. You can expect to pay between $400 to $600 for more or parts and labor. You can save money by using recycled parts and repairing the seat as a DIY project.

There are a few possible reasons why your car seats won't move vertically, and the most common cause is a faulty motor. Once you have experienced the symptoms of a failing car seat, you should repair the seat before it gets worst.

If you found this post helpful, check out these related articles:

My Child’s Car Seat Keeps Sliding! – Why? What To Do?