Power car windows are a convenient feature to have when driving down the road. However, like other mechanical parts, they can malfunction, possibly causing the window to roll by itself. Let's take a look at what could be the culprit of this issue.

If your car window goes down by itself, it could be due to the following:

As you can see, there are different reasons why your power windows are acting up. In this article, we will discuss each of these and the warning signs of each. In addition, we will answer other frequently asked questions about car windows, so read on! 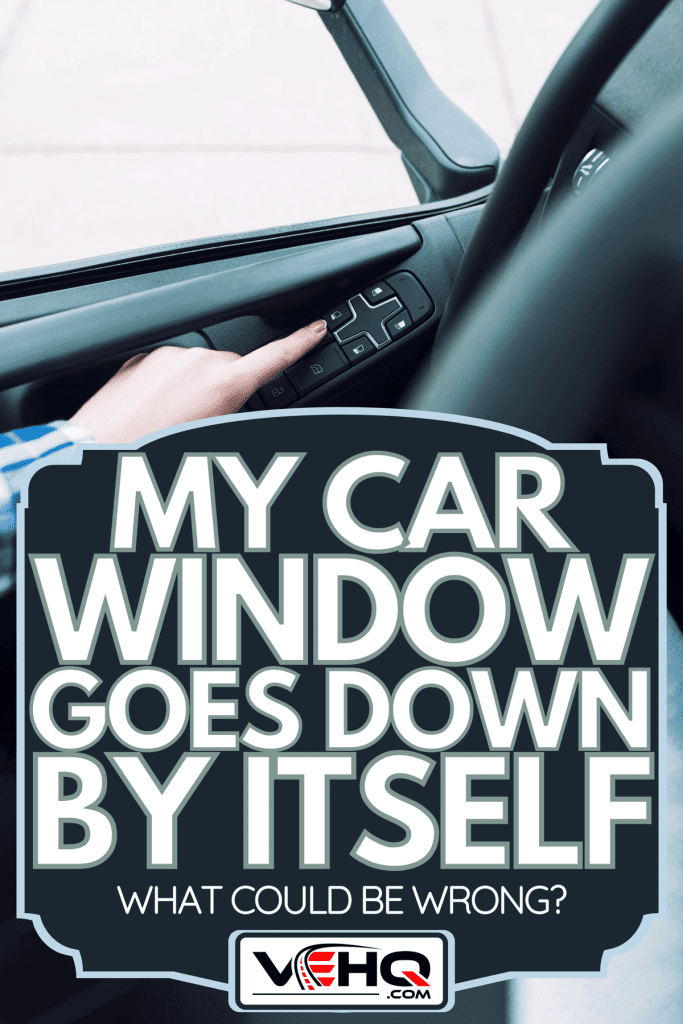 My Car Window Goes Down By Itself - What Could Be Wrong?

The power windows on a car can fail like other mechanical parts. So it may be strange if your power windows are going down on their own. Don't worry, your car isn't haunted, but it is a warning sign that something is wrong.

Let's take a look at the power window components that could be failing:

The first thing that could be wrong is the motor itself. The motor is what actually makes the window go up and down. If it isn't working, then your car window will not roll up or down when you hit the switch on the driver panel.

In addition, if this part of your car's power system is out of whack, it could be making the window roll by itself. A sign that you have a faulty motor is if your car window goes up or down by itself, even when the switch on the driver's panel is in an off position or when nobody is in the car.

This means that the window has to power to go up and down on its own. If this happens, bring your vehicle in to be inspected by a professional.

If the motor is working correctly and it isn't you who has been messing with the window switches, then the regulator is the most likely culprit.

The window regulator moves your windows up and down when you hit your switch on the driver's panel. If it malfunctions, rolling down your windows may not be possible again until the regulator is fixed or replaced.

Another issue that could be affecting your car window motor is faulty wiring. An electrical problem could cause bad behavior with the window system if the wires aren't working correctly.

Wires that are cut would mean that the window can't go up or down. In addition, if you have a blown fuse, that could be the source of your problem. Electric issues could also cause your windows to roll by themselves, which may have you scratching your head in confusion.

If there isn't an issue with the motor, regulator, or wiring, it might be time to check out the switches you use to roll up and down the windows.

These switches could be worn, leading them to malfunction, which may lead your car window to roll without someone at the switch. The other possibility is that there may not be electricity coming from the switch when it is hit, making it impossible for your power windows to work.

If you have problems with your window crankshaft, then your windows could be rolling themselves down. This has to do with the gear that the crank is attached to.

This gear can get worn out over time which would cause your power windows to malfunction. For example, if you tried opening up a door and it didn't work, the problem may be with this gear.

Automatic windows need to be reset

Finally, if you have automatic windows that roll down of their own accord, your windows may need to reset themselves. Again, check the owner's manual for information on how to make this happen.

Suppose there aren't instructions on how to manually reset your power windows, then contact your local dealer. Every vehicle is different on the steps to do a reset. In addition, they will be able to check the wiring and other parts mentioned above to see if there is another reason why your power windows are acting up.

What makes car windows go up and down?

Now that you know what could be wrong with your car windows, it is important to understand just how they work.

There are a variety of mechanisms that make the windows in your cargo up and down. For example, car windows are on a track, and when the motor is activated [pressing the power window button], the windowpanes go up and down the track.

All of these systems rely on wiring that feeds power into the car's windows from the main power supply. In addition, these wires are responsible for taking electricity away from your windows to make them stop going up or down.

Some vehicles have automatic windows that open or close by only pressing the button once. In this case, the driver or passenger doesn't need to hold the power window button down; instead, just an initial press of the button is needed to get the window moving. 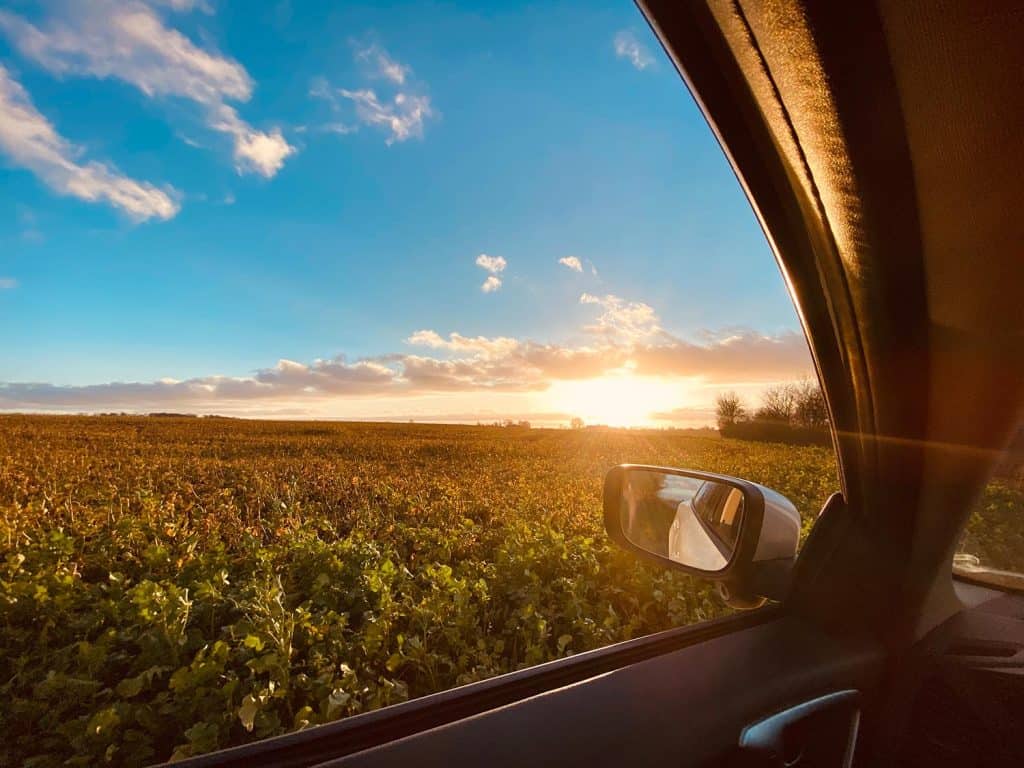 How do I stop my windows from rolling down automatically?

If you don't want your windows to roll down automatically, there is a hack. If you want to control when your window stops, hold the power button halfway down.

When you have reached your desired stopping point in the window's track, let go of the button.

If you want to stop your car window motor when it is in motion, whether that means up or down, then press the button once to stop it.

How do you know if your window regulator is broken?

There are warning signs to watch for to know if your car window regulator is broken. Let's take a look at them below:

These sounds don't always happen when the window moves up and down, making it difficult to pinpoint what could be causing them. However, if you hear these noises every time you start you press the power window button, then it's likely your window regulator is broken.

Windows don't work the first time you press the button

If your window doesn't move when you first hit the power window button, your car window motor is working, but the regulator has a problem.

If your power windows won't stay rolled up, or it rolls up and immediately rolls down, then you may have a faulty regulator.

Windows are slow to roll up

This can be especially true for one-touch windows that only require the driver or passenger to press the button once the window starts moving.

Window won't roll up or roll down

If your window doesn't roll up or down even after pressing the power button several times, then this could be a sign of a bad regulator.

How much does it cost to replace a window regulator?

Window regulators are not the most expensive part of your car; however, since they are so complicated, it can be challenging to get an exact cost of how much it will take to replace them.

On average, it can cost between $300 to $400 or more to fix a window regulator switch. But, of course, this is just an estimation, and prices vary depending on where you live and how complex the repair job is.

When you go to a mechanic, they don't have the part on hand for every vehicle, so they must order them. Because of this, it may take some time before you get your window regulator replaced.

The price can also vary depending on the year, make, and model of your vehicle. For example, foreign vehicles such as BMWs could be more expensive to fix than domestic vehicles such as GMCs.

Window regulators are an important part of your vehicle's mechanism. Without them, you would not be able to open or close your car windows quickly or at all. If you find that your window regulator is broken, contact a mechanic right away. 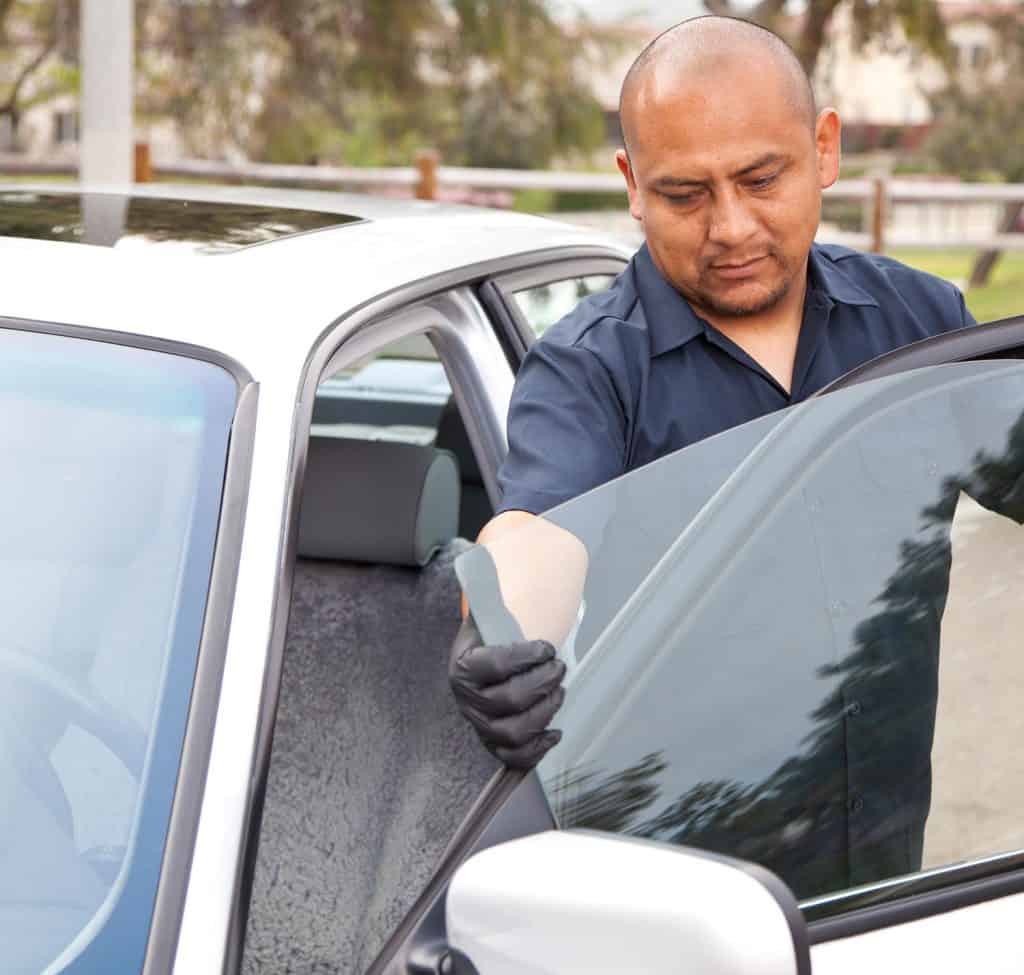 It can be frustrating when your vehicle's power windows are not working properly.

This is especially true if your window regulator breaks, and you can't get the window to move up and down at all. If you need help with fixing a broken window regulator or want advice on how to prevent this from happening, then feel free to contact a trusted mechanic right away.

They will be able to help you get your car power windows fixed so you can get back on the road.

What Engine Oil is Best for Hyundai Tucson?

Does The Air Filter Affect The AC In A Car?