If you are thinking about getting a Nissan Frontier, you may be wondering about your engine options. We know many of you out there prefer one fuel type over the other. That is why we looked into this topic to provide you with the information you need about Nissan Frontier fuel options.

In the United States, currently, all Nissan Frontiers are gas-powered. However, Nissan distributes vehicles worldwide so that you can find diesel versions of the Frontier in other countries. In Latin American, there are plenty of Nissan Frontiers with diesel engines. In other regions like Europe, Australia, and Africa, there are also diesel Frontiers. But, in these regions, they are called Nissan Navaras. The body of the truck is the same; only the name is different.

You probably still have more questions about this topic, and we want to give you as much valuable information as possible. Keep reading to learn more about Frontiers, their engines, and more. 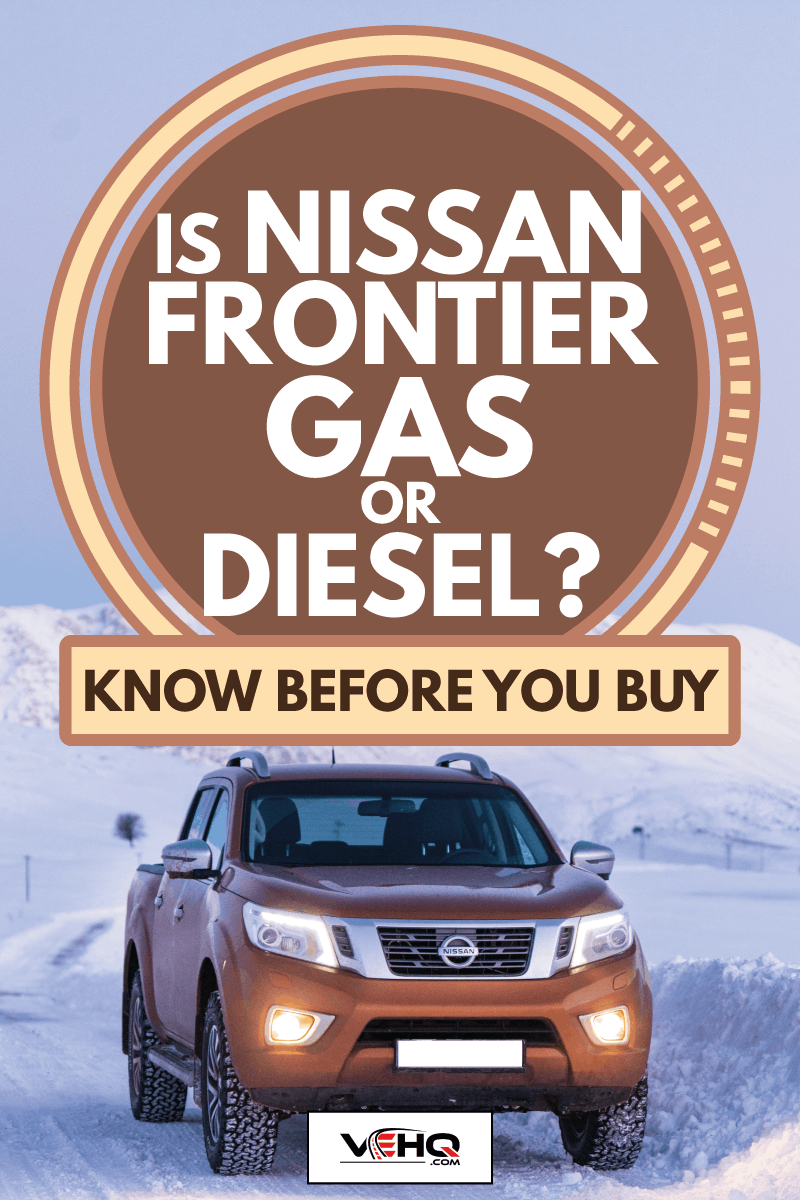 Why Buy A Nissan Frontier?

The small to midsize truck market has many options, so we know how difficult is it to decide what truck is the right one for you. The Nissan Frontier is known for its low price, reliability, and unexpected strength. It is the smallest truck available from Nissan, yet still powerful. They have robust towing and payload capabilities despite being a compact truck. The Frontier's power comes from the different engines the truck is equipped with.

If you are curious about whether a diesel or gas truck is best for you, check out this blog post.

This engine has been the base entry-level engine on many Frontiers for years. It is the best choice for city driving and perfect if you do not plan on towing hefty loads. With over 150 horsepower and about 170 lb-ft. of torque, this engine is stronger than you may think. Most trucks with this engine tow up to 3800 lbs, which is more than enough for many people.

Frontiers with this engine made before 2020 can come in both a manual version and an automatic version. It depends on the Frontier model you find.

This was the optimal Frontier engine for many years. It is one of the largest V6 engines available and putting it into a smaller truck really sets the Frontier apart from its competition. With 260 horsepower and 280 lb-ft. of torque, this V6 engine tows up to 6720 lbs in the strongest Frontier models. So, if you are in the market for a stronger working truck with a large towing capacity, you should look for this engine.

Just like with the above engine option, before 2020, all Frontiers with this engine made can come in both a manual version and an automatic version. It depends on the Frontier model you find.

This is the newest Frontier engine available in the 2020 Frontiers. It takes the place of the old V6 engine as the optimal engine and comes in a 9-speed automatic option. So, as of now, no new Frontiers with this engine will come in a manual version.

It has 31o horsepower and has 28o lb-ft. of torque, so the towing capabilities are similar to the older V6 engine. It isn't the strongest truck around, but this engine is more than enough for most drivers.

The Frontier comes with a diesel engine, but not in the United States. So, if you want to buy one, you will have to import it from a different country. Importing can be very expensive, so at least consider buying a Frontier domestically instead.

Keep in mind that diesel Frontiers go by a different name in other regions of the world too. They are called Nissan Navaras. The exception to this rule is in Latin America. There are Nissan Frontiers with diesel engines there. Navaras typically have manual engines and get better gas mileage, but they are more expensive to maintain.

If you are curious about diesel engine maintenance costs, check out this blog. 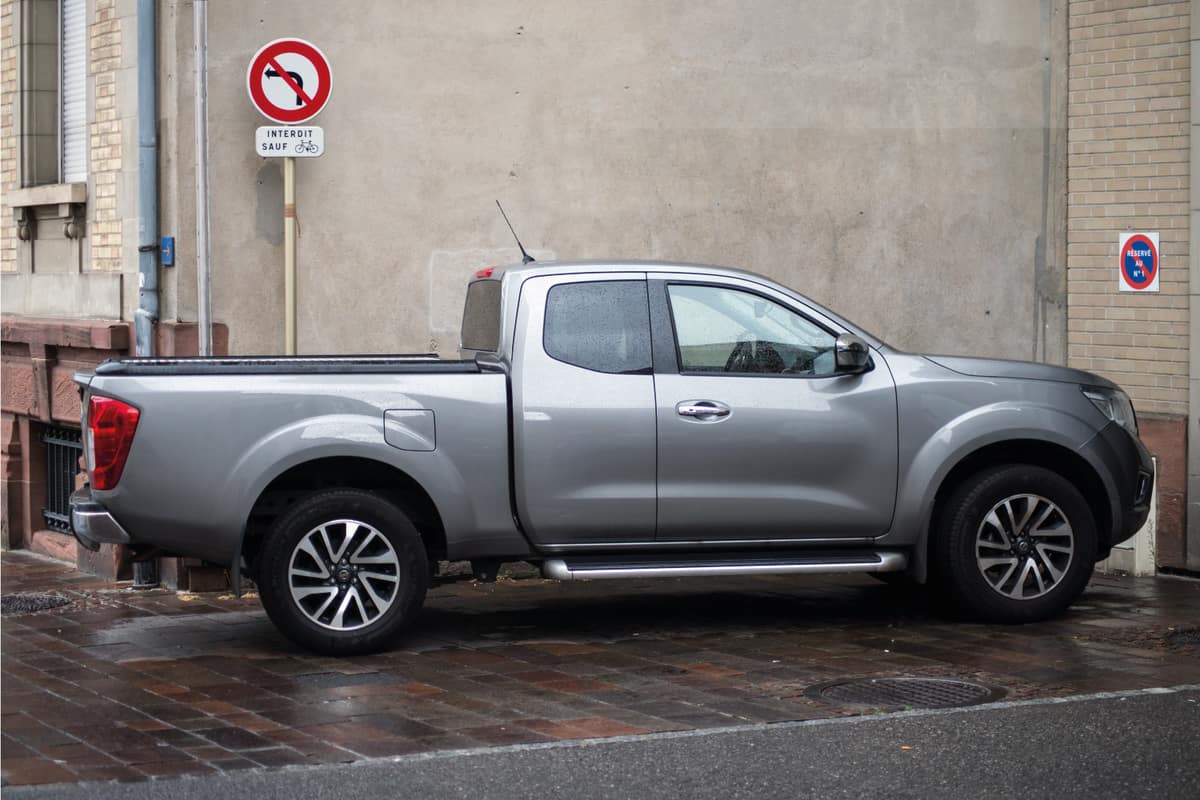 What Is The Gas Mileage Of The Nissan Frontier?

The gas mileage of the Nissan Frontier depends on the year, model, and way you drive. The newest Frontiers get up to 20 combined miles per gallon. This is an estimate and can be higher or lower depending on how and where you normally drive.

The older Frontiers do not get as high of gas mileage. However, no matter what year you have, you can expect to get at least 15 combined miles per gallon.

What Type Of Gas Should I Put In My Frontier?

Nissan Frontiers only need basic gas. So, it is okay to use  87 regular octane unleaded gas. If you want to double-check to know for sure, look in your truck's manual. The manufacturer will always list the recommended fuel type.

Some people like to use a plus or premium gasoline. Plus gas has an octane level of 89 to 90. Premium gasoline has a 91+ octane level. Higher octane gas is known to be better for engine performance. These more expensive fuels probably won't increase gas mileage in Frontiers, but it may help the engine perform better and longer.

Of course, if you happen to have a Nissan Navara or one of the diesel Frontiers from Latin America, you need to use diesel fuel. If you do not have a diesel engine, you must be very careful never to put diesel fuel into a gas-powered engine.

To find out what happens if you put diesel in your gasoline car, check out this blog.

How Big Is The Gas Tank Of The Nissan Frontier?

The Nissan Frontier gas tank size varies depending on the truck's year of production.

How Many Miles Will The Nissan Frontier Last?

Most Frontier drivers can expect to reach over 100,000 miles before their truck breaks down. However, some drivers report reaching 200,000+ miles with their Frontier. It all depends on how well you take care of your truck. The better your treat your Frontier, the longer it will last. That goes for all of your vehicles. If you maintain it properly and fix small issues before they become serious, you can expect to get thousands of more miles out of your truck.

Do Nissan Frontiers Hold Their Value?

The Frontier is known to be a truck that holds its value. If you find one for a good price, it may be a good idea to go ahead and buy it. Even if you only use it for a couple of years, you can probably sell it for a reasonable price later.

Just like most vehicles,  the Nissan Frontier's initial depreciation rate is almost 50% after 5 years from the production year. However, this is to be expected with any vehicle. After 5 years, the depreciation rate is less significant. It all depends on the condition of the truck. If it is in pristine condition with few miles, your chances of selling it for a higher price are much better, even if it is old.

The Nissan Frontier Is A Great Truck Choice

Many truck enthusiasts love the Nissan Frontier. It is compact, affordable, and known to last for years. It may not be able to tow the heaviest loads, but its towing capacity is enough for most people.

In the United States, there is a range of dependable gas engines to choose from. If you really want a diesel engine Frontier, you can ship one in from a different region. Just remember to search for Nissan Navaras.

Trust us; there is a Frontier out there for you!