The Nissan Frontier has been a major part of the compact and mid-size truck market since 1998 with a lot to offer; it's reliable, long-lasting, takes on the hard tasks of a work truck, and still keeps on. The 2022 model marks the first redesign since 2005. In those 16 years, the Frontier has seen several editions and trim packages from the luxury LE to the rugged NISMO; that's a lot to consider! Fortunately, we've done the research to help you decide what year and package is right for you!

The Nissan Frontier LE is a luxury Frontier edition, featuring more technical and comfort upgrades than typical Frontier models. It comes equipped with a V6 engine rather than the I-4 engine, as in lower trim packages. The Frontier NISMO combines Nissan Motorsports parts with the LE trim features to transform luxury into a sporty, off-road capable vehicle.

Please keep reading as we delve into the details of Frontier's LE and NISMO trim packages. We'll make a side-by-side comparison and look closely at the SV, XE, and SE. If you're looking for the top-of-the-line Frontier, we've got what you need to know plus, which years/models Frontier to avoid. 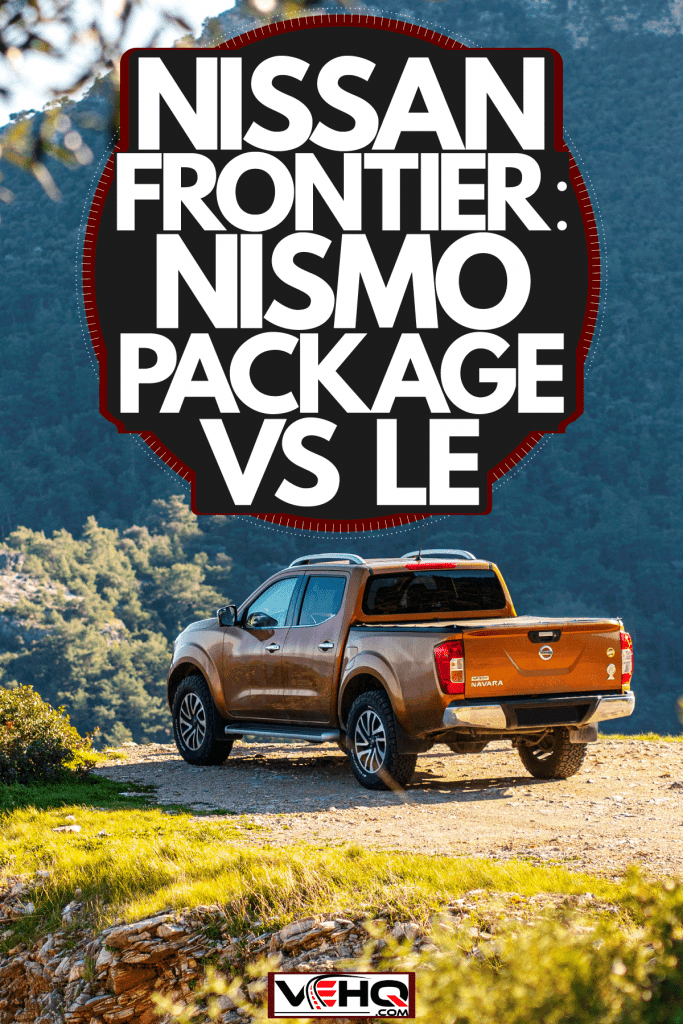 NISMO, which stands for Nissan Motorsport, is a Nissan division specializing in racing and performance. This division creates vehicles for racing and packages for Nissan vehicles to give the drivers what Nissan calls "track-inspired experience."

The most recent year that the Nissan Frontier featured the LE and NISMO Off-road trim options was in 2008. Since then, Nissan has done away with the NISMO packages to the PRO-4X label. The branding change comes to create consistent marketing with other Nissan vehicles that have the PRO-4X trim. 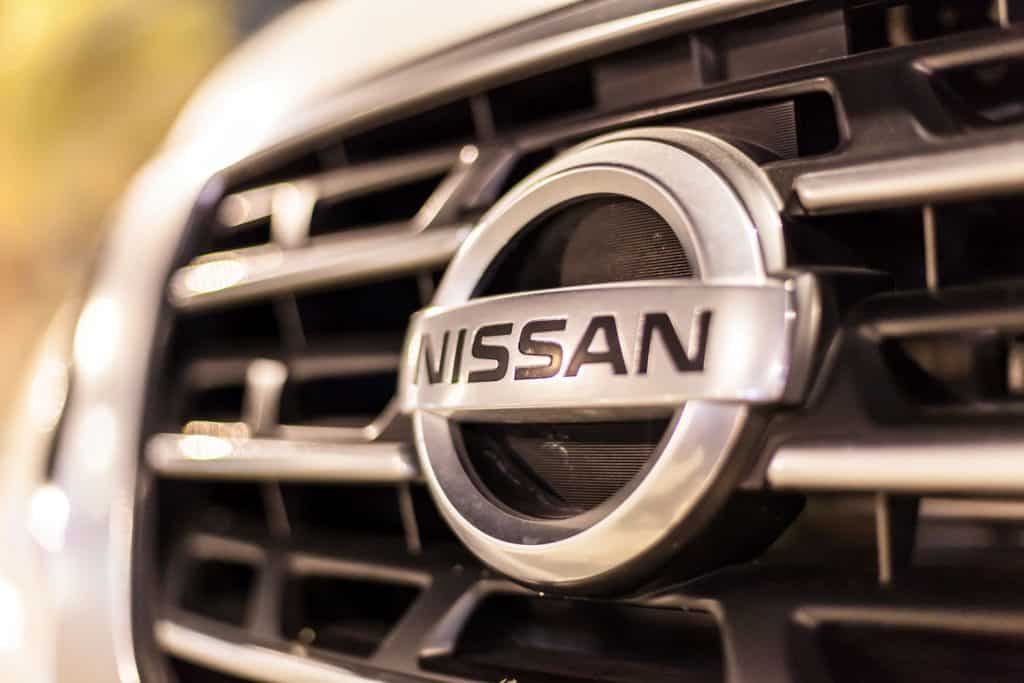 The Frontier LE is the luxury Frontier edition, while the NISMO is the LE with some off-roading parts. Looking at 2008 Frontier, the LE and NISMO off-road share these specifications:

The Frontier has 16-inch silver aluminum wheels for the NISMO trim, whereas the LE has 17-inch wheels. It also has added ABS traction control.

What is the difference between Nissan Frontier XE and SE?

The Nissan Frontier XE and SE are extremely similar vehicles. This can confuse when deciding between the two, as the differences are minimal. Since we discussed the 2008 models for the NISMO and LE trims, let's stick to the same year for the XE and SE.

The Nissan Frontier XE is a basic model, so what is available with the XE will be available or changed for the SE. Among other internal mechanics, these are the commonalities of the XE and SE:

The differences come in the form of a better-equipped SE. The SE has 16-inch silver-style steel wheels, where the XE has 15-inch wheels. The SE also has a better radio and audio system and a manually controlled air conditioner.

To make matters a little more confusing, the SE V6 Frontier is another 2008 edition. It has the same specs as the XE and includes the add-ons of the SE. However, the SE V6 has a 4-liter V6 engine and 6-speed manual transmission with overdrive.

This one is a little easier to differentiate because of engine size. But if you aren't familiar with these specs and the slight differences in the models, you can easily miss out on purchasing a better-equipped edition or spending more money for extra's that don't matter to you.

What does SV stand for on Nissan Frontier?

SV means Standard Value. The SV trim level is for drivers who want more than the standard trim but also need savings. For the 2020 Nissan Frontier, this means that it contains all the same standard trim levels, engine, and drive train of the S, but it also has the Value Truck Package.

This package includes rear sensors for parking and backing up, heated front seats, and dual automatic climate control. The dual climate control allows passengers and drivers to select different temperatures for their sides of the car.

Also available in the SV package is the Nissan Utili-Track movable tie-down system. This is a set of tracks along the upper inside or on the truck bed floor that uses cleats to lock in, move, or tighten cargo into the back of the truck.

What is the top-of-the-line Nissan Frontier?

The new 2022 Nissan Frontier has a new body design, new interior, full of tech and driver safety features, and comes in four trim levels. The new upgrade to the Frontier is superior for a lot of reasons, a major one being that it was 16 years in the making. Although it's the front runner in the top-of-the-line Frontier, the trim level will be the ultimate deciding factor.

If we were only looking at what trim is the most expensive, the answer would be the Pro-4X. This is the off-roading champion of the four options, with exclusive four-wheel drive, electronic locking rear differential, and off-road suspension.

However, off-road capability doesn't make this the best. The SV trim level is a little cheaper and has four-wheel drive and a longer bed available.

The 2022 Nissan Frontier is the top-of-the-line model. The trim level will just be a personal preference. If you spend a majority of your time off-road, the Pro-4X is made for it. But if you like to split your time on and off-road and want a longer truck bed, the SV with available options will give you the best of both worlds.

Which year Nissan Frontier is best?

The Frontier is a reliable and hardy truck, which is evident by the sheer amount of them still on the road. It's also clear that drivers appreciate the Frontier since it went a massive 16 years without a redesign. Typically models last around five to seven years before getting the new model treatment.

As popular as the old design can be, you have to be cautious when purchasing older used vehicles. If you like the previous design before the 2022 redesign and want to save money with a lightly used vehicle, the 2020 Nissan Frontier is the best year.

The 2020 Frontier received some upgrades from the previous model, including a new engine. The VQ38DD engine is a 3.8 liter V6. The model has 310 horsepower, a nine-speed automatic transmission, and 281 lb-ft torque. The 2020 model also saw the end of the manual transmission.

Now if you love the reliability of the Frontier but wouldn't mind a fresh look, the 2022 redesign has a new interior and exterior design. As the 2020 model was a kind of test run for introducing new mechanics before the redesign, the main differences you'll find here are look, technology, and safety features.

The 2022 model features a 150 payload increase, which is great for a working truck. It also now has the largest touch screen in its class, smartphone connectivity, hot spot, and wireless charging among other tech.

This model also has a magnitude of driver safety features. These include Driver Attention Alert, which monitors steering patterns to alert that you may be drowsy, as well as rear and pedestrian emergency braking, and blind-spot warning. It is the much-needed update to the Frontier.

What are the worst years for the Nissan Frontier? 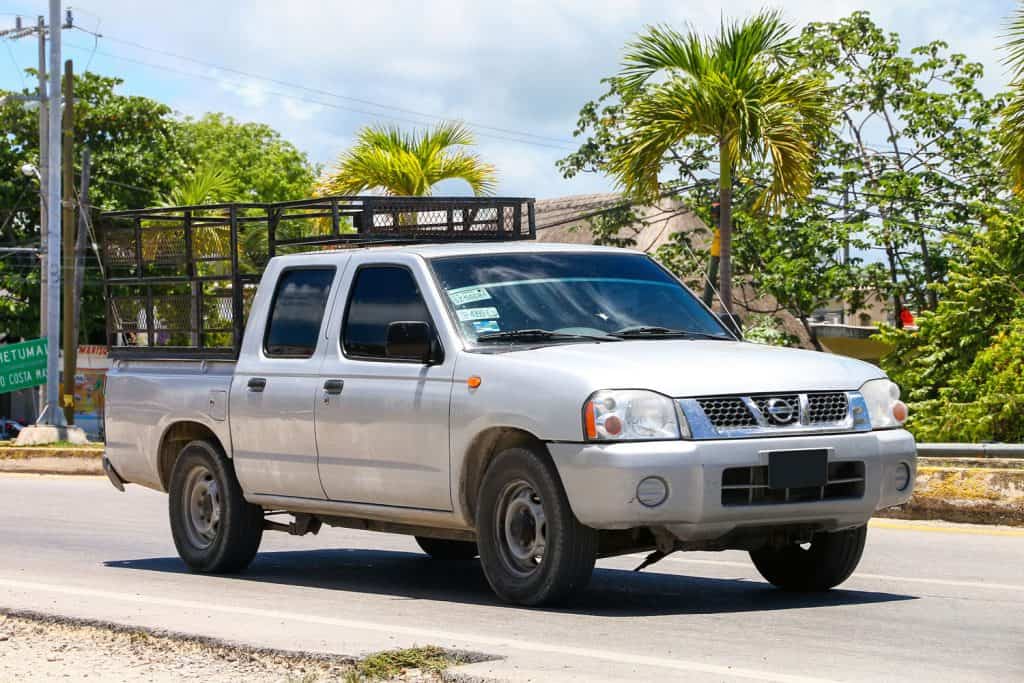 If you're looking for a popular and trustworthy used truck, the Nissan Frontier may be at the top of your list. It's a trunk meant for hard work. Plus, new and used Frontiers have a variety of trim packages making it easy to get the extras you want.

However, when scanning the market for a used Frontier, one year saw a costly amount of issues—2005.

In 2005, Nissan redesigned the Frontier. It was larger than its predecessors, offered King and Crew cab options with two-wheel drive and four-wheel drives, and was built on F-Alpha chassis scaled down to fix the model. Yet this new and improved Frontier came with big—and costly—issues.

The main issue, which would cost upwards of $4,000.00, was a seal issue leading to coolant ruining the transmission. The radiator in the 2005 Frontier was known for rupturing and causing coolant and automatic transmission fluid to mix in the radiator, transmission, and engine.

If not caught, this causes detrimental damage to the automatic transmission resulting in a necessary replacement or transmission rebuild. The only way recommended for preventing this issue is by proactively replacing the radiator with a properly functioning model.

Similar transmission, coolant, and radiator issues persisted through the 2008 model. So any models from 2005 to 2008 can have these costly problems if they haven't had a new radiator yet.

The Nissan Frontier has a large variety of trim packages and editions that can make choosing a vehicle, new or used, complicated. Research for the right model is a must. While some packages contain minuscule changes, others can make a world of difference. So take your time, and hopefully, this guide will point you in the right direction!

For more posts on the Nissan Frontier, check these out:

Why Is My Nissan Frontier Jerking?

Does Nissan Frontier Have 4 Wheel Drive?