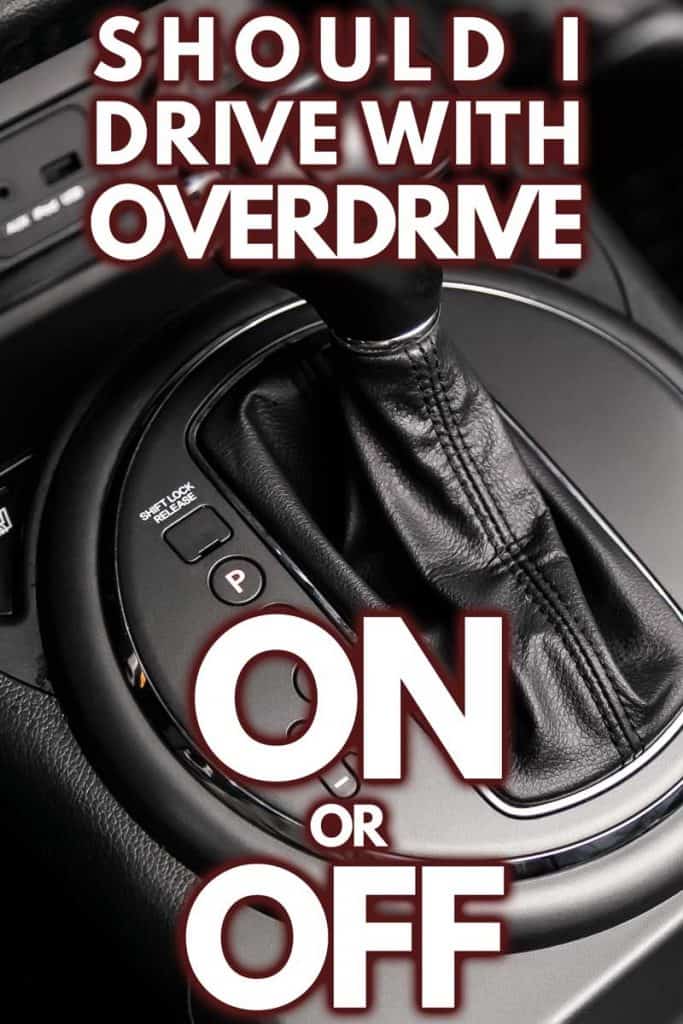 Overdrive is a commonly misunderstood feature within our vehicles. Drivers often ask themselves whether driving with it on or off is the better choice. After some research, we found an answer that should solve any confusion.

You should drive with overdrive on almost all the time. It provides many outstanding benefits such as lower fuel consumption, extending engine life, producing less noise, and much more. But there are a few situations where it will cause damage to your car. These scenarios include driving up or down large hills and towing large loads.

This answer might seem a little vague, which is why we'll provide further detail in the following sections. So please, keep reading and get all the answers you're looking for regarding this topic.

All You Need to Know About Overdrive

Today's vehicles have an insane number of features. It's quite hard to get a handle on all of them, which is where articles like ours become useful resources. Let's get started and ensure you become an expert when it comes to overdrive.

Overdrive or OD is a special gear that reduces the stress put on your engine. It'll ensure your engine performs at an optimal rate according to your vehicle's current requirements.  In lower gears, the engine has to create more power and causes its gear ratio to rise above one.

A gear ratio over one means that the engine is using more energy and causing more stress. But a vehicle in overdrive has a gear ratio between 0.6 and 0.8. This lower ratio allows the car to function smoothly at high speeds without turning at a high RPM. 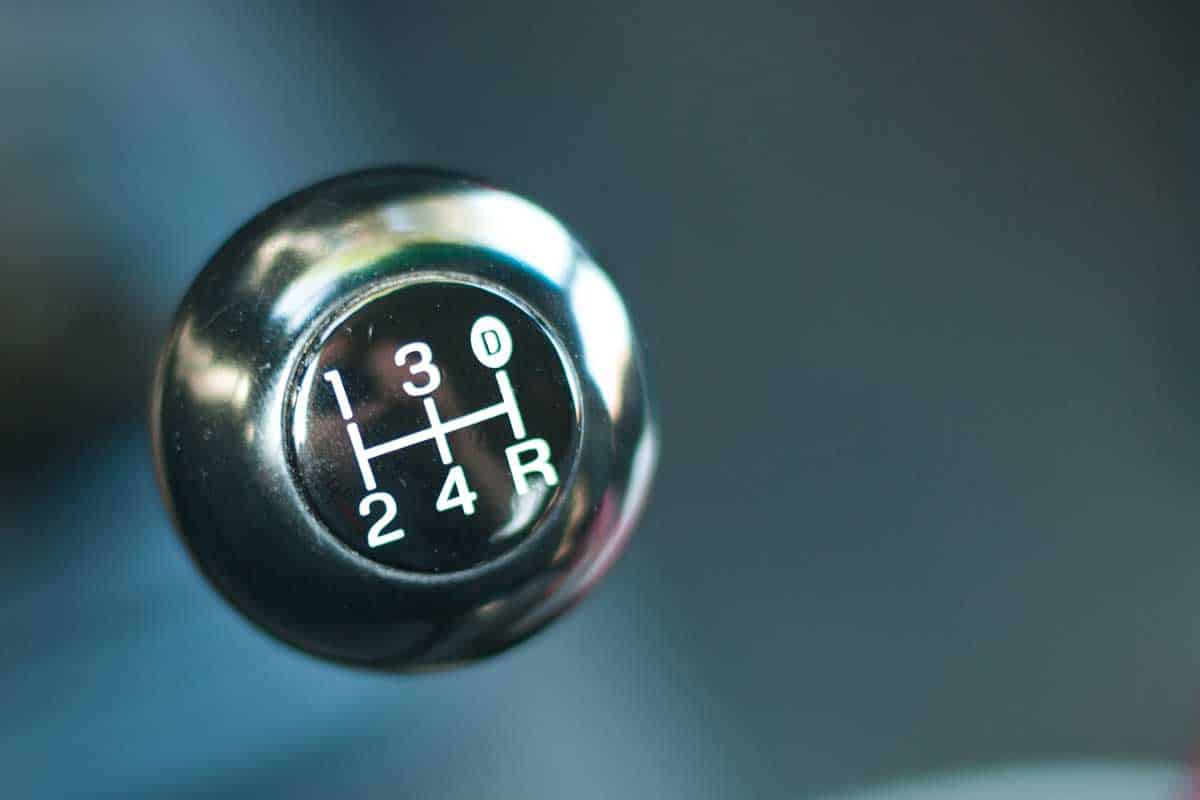 For instance, driving on the highway won't require a constant need to accelerate that would require torque. You would instead need a gear that allows your car to cruise at higher speeds. Using overdrive would be an ideal solution.

When Should I Turn Off Overdrive? 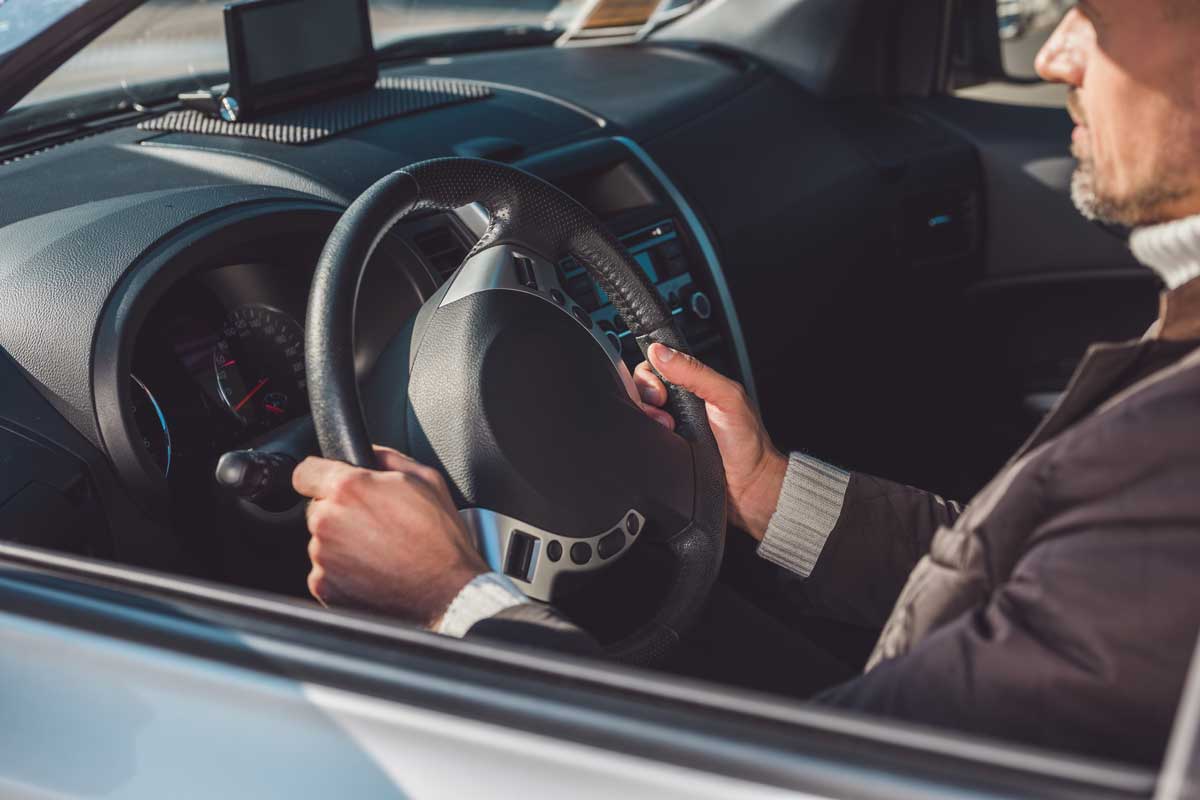 Using overdrive isn't always the best choice for a driver. There will be situations where driving in overdrive could cause some issues. Each of the following scenarios is one that won't need overdrive.

Towing a large load using overdrive isn't an ideal situation. It'll become evident because the RPMs will be higher. Your engine will be producing a straining sound, as well. If you encounter this situation when in overdrive, turn it off: a lower gear will allow the engine to use more power and tow your load more effectively.

Driving up or down Large Hills

Using overdrive in this situation will cause your transmission to keep switching between the vehicle's top two gears. A driver can identify this issue because the engine will rev up, and the RPMs jump when downshifting.  The RPMs will then drop when your engine shifts back into top gear.

If this scenario keeps happening, it could cause some serious issues within your car. It's something that you'll want to stop immediately.

Driving off-road with overdrive on isn't the smartest idea. The constant changing of gears at lower speeds could bring unwanted stress upon your engine. It's best to turn it off and enjoy your off-road experience without causing unneeded damage.

Stuck in a Traffic Jam 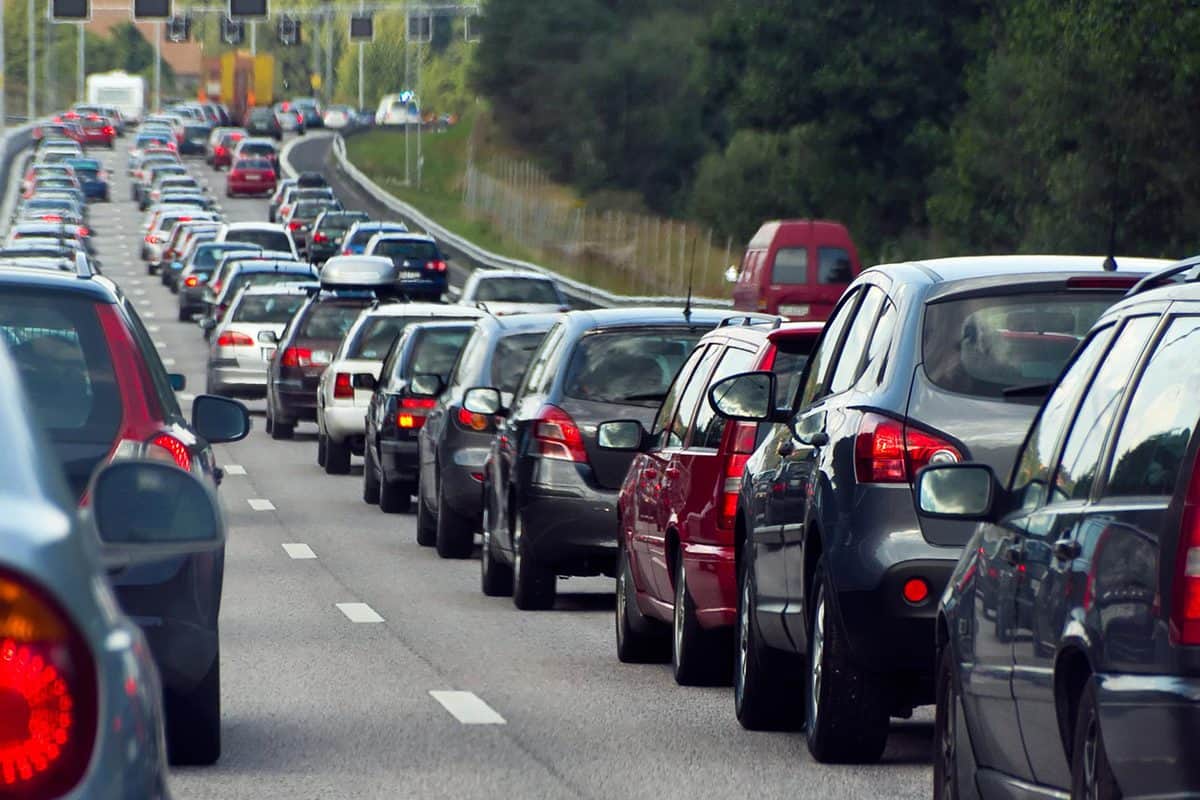 Overdrive wouldn't be necessary for anybody stuck in a traffic jam. As with off-roading, the constant changing of speeds could cause an issue. The stopping and starting won't help either and isn't a great situation for this feature.

You'd be better off waiting until the traffic picks up again to use overdrive. Cruising down highways is the best place to enjoy the benefits that come with this feature.

What Are The Advantages Of Overdrive?

Overdrive provides several benefits to a vehicle with its use. Each following advantage will show why using overdrive when driving would be a smart move. 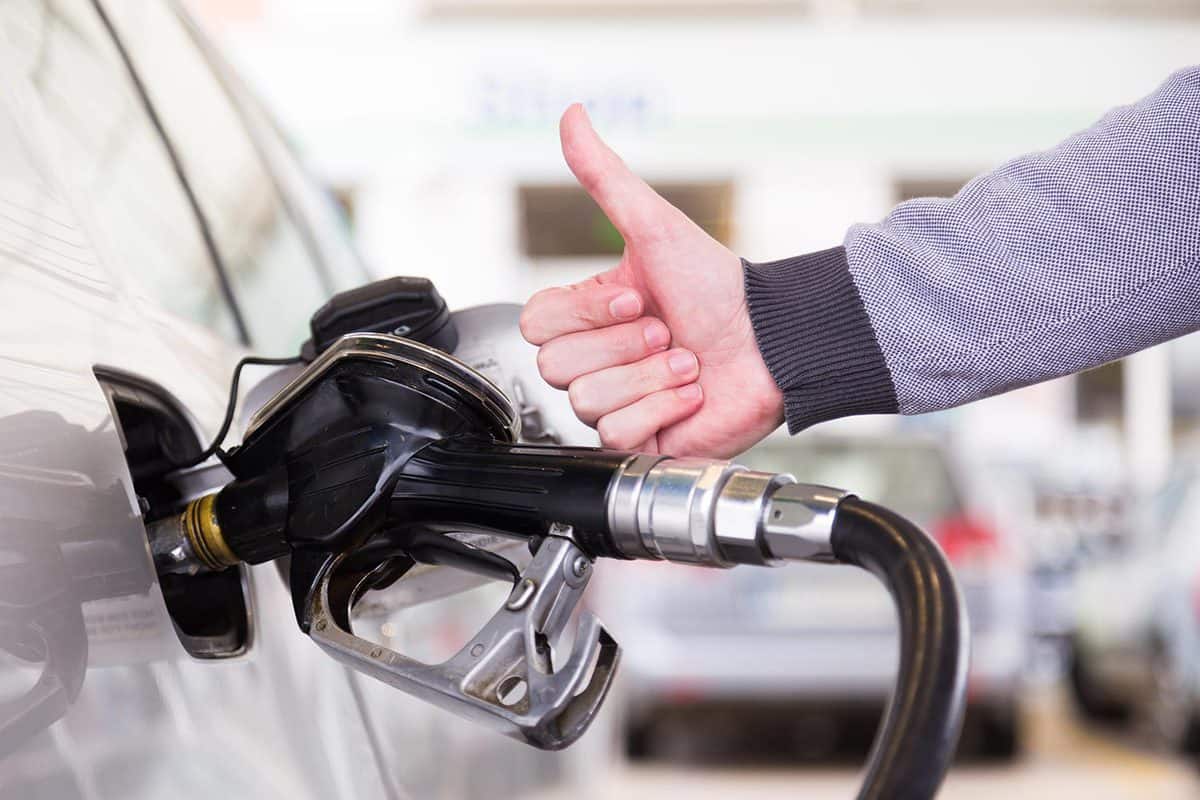 An engine using the overdrive gear will use about 1/3 less fuel on highways. This benefit will end up saving you a lot of money. And since gas prices seem to be always rising, it's an advantage everyone should be using to their benefit.

Using overdrive will lessen the stress put on your engine, which should slow down its aging process considerably. It's just an effective way to ensure your vehicle lasts as long as possible.

Your vehicle's other parts will benefit from using overdrive as well. The smog pump, water pump, alternator, A/C compressor, and power steering pump will all be turning at lower RPMs.

As a result, these parts should have a longer lifespan due to overdrive slowing down their work rates. It'll keep your money where it belongs, in your bank account or pocket.

Your engine turning at a lower RPM will produce less noise. This benefit will make the trip feel more relaxing and less stressful. You'll be able to hear someone else talking inside your vehicle's cabin: no more screaming over a loud, overworked engine. 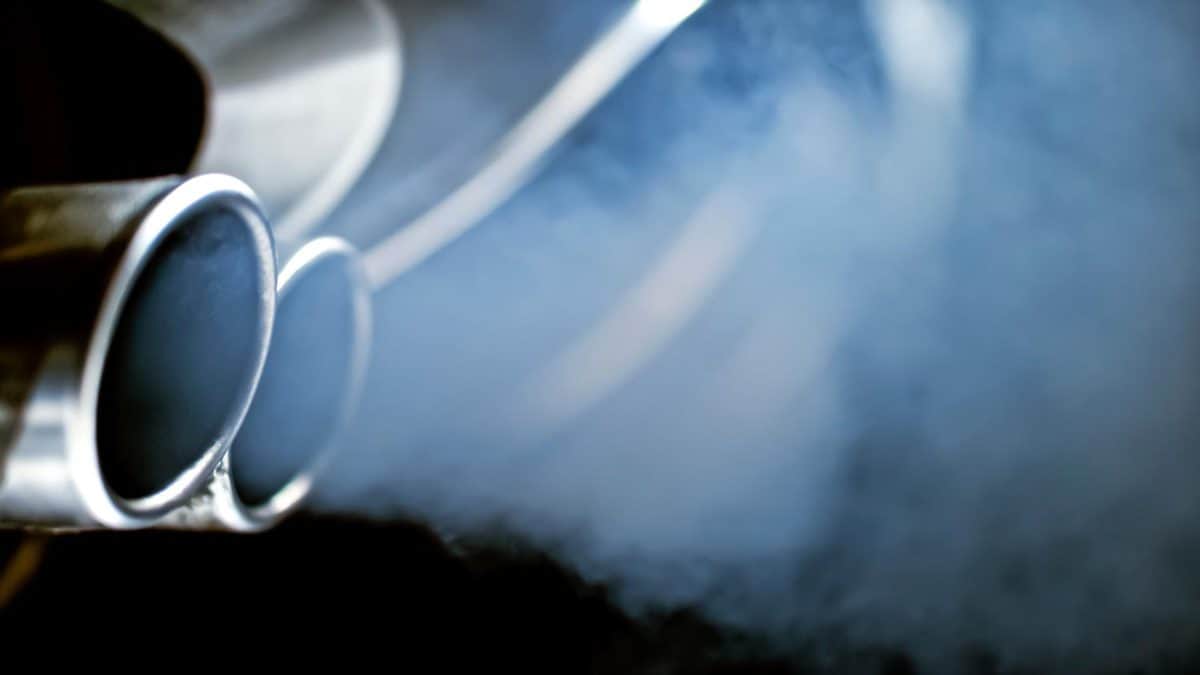 Using overdrive happens to be good for the earth as well. Your engine releases about 1/3 less pollution when in overdrive. It's never a bad idea to do whatever possible for ensuring our planet's future.

How Do I Turn Overdrive On Or Off? 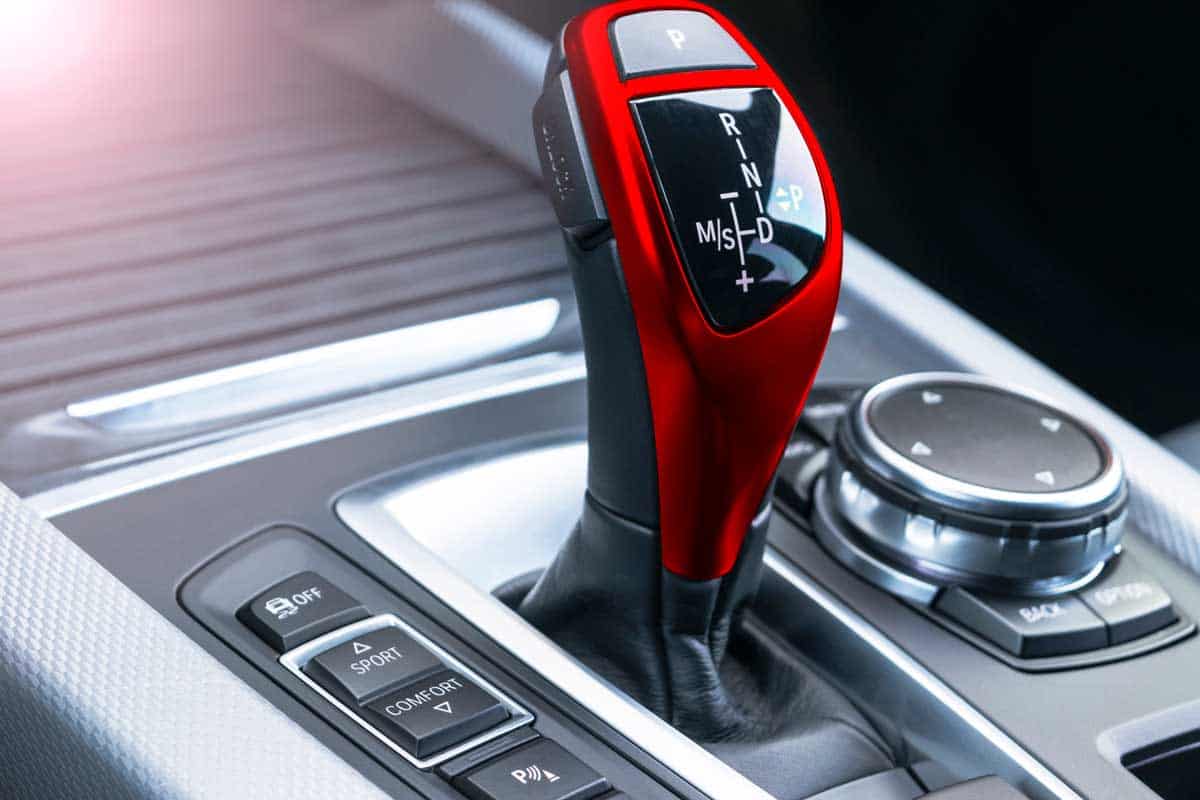 Every vehicle with an automatic transmission will come with a standard overdrive function on its gear shifter. Turning overdrive on and off is a rather simple process that doesn't take much thought.

In most cases, the overdrive button can be found on the shifter's left side. It'll be below the button a driver uses to shift gears. This button is a lot smaller but works in a very similar way. You push it in to turn overdrive on and do it again when a situation comes around where it's not needed.

If you have a vehicle with a manual transmission, your 5th and 6th gears will usually have overdrive ratios. Your truck will reap the benefits described above when driving using these higher gears.

How Do I Know If Overdrive Is On Or Off?

There's an O/D OFF indicator light on your dashboard. This light will blink when your vehicle's overdrive isn't on or functioning correctly. It's also worth noting that this indicator could be a warning about an issue with the transmission.

I'd suggest going to a mechanic when this light comes on without you turning off the overdrive manually. This light blinking could be an indication of several issues that could cause problems for your vehicle, such as:

Due to this, a blinking O/D light shouldn't be ignored. Do yourself a favor and get to the nearest mechanic immediately.

We hope this article provided you a better grasp of overdrive. You have to apply what you've learned here and use overdrive in the proper situations. But if you do have any more questions, let us know in our comment section. We'll answer them as soon as possible.

My o/d light came on while I was driving and won't go off. Why is this?

My overdrive bottom, when I drive I alway turn off and the light it come off. But today I push the bottom isn’t show anything. So that it will cause anything my tramission or overdrive

Special thanks it is a best article

Hi, thank you so much for this article! I am a new driver you see. I drive an automatic, I know you have explained above but I wanted confirmation that it’s better to drive with OD on except for driving up really hilly areas? Do leave the button pressed on when I turn off the engine? Sorry for the silly questions!

Thank you that was helpful