You may have heard of the Cummins diesel because of its reliability, durability, and power. But what trucks come with the powerful engine? We have done the research and comprised a list of what pickup trucks have a Cummins diesel engine.

The Cummins engine was built for big jobs, making it an excellent engine for towing. Here is a list of full-size trucks that come equipped with the Cummins diesel engine:

That's quite the lineup to choose from! We have researched deeper into why the Cummins engine is a top pick among consumers. Read on to learn more about this powerhouse engine, the trucks that come with it, and their capabilities. 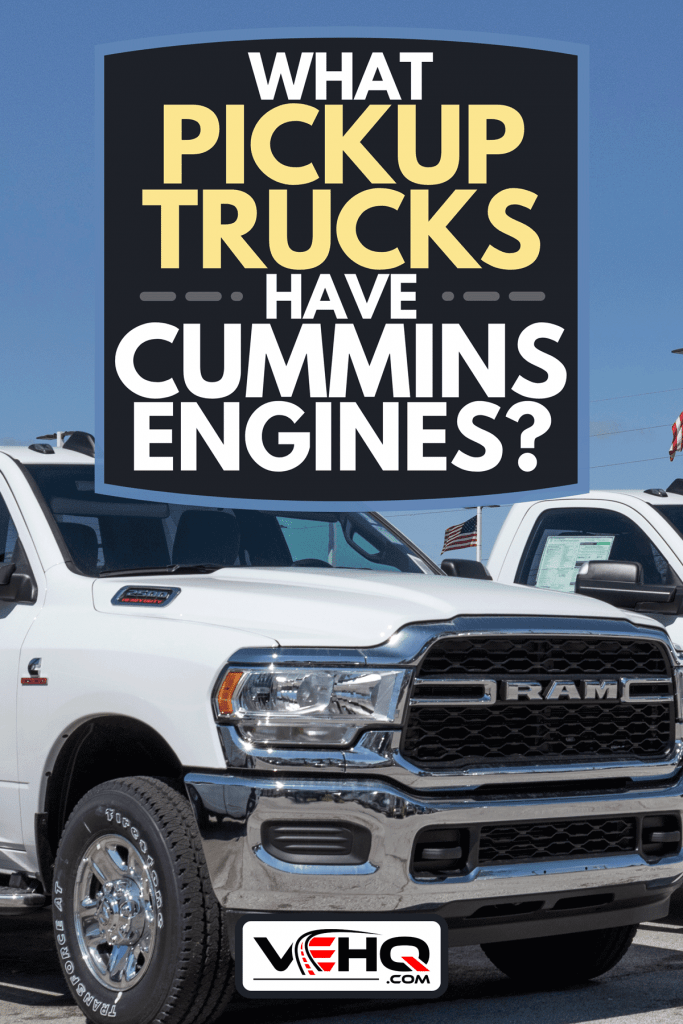 Pickup Trucks With The Cummins Engine

Cummins started creating engines with one thing in mind: getting the job done. One hundred years later, that is still the case. Now, Cummins has their 6.7-liter turbo diesel engine takes charge in the pickup truck market. Known for its heavy tow capacity and mind-blowing durability, this is an engine you can count on. The question is, how big of a truck do you need to get the job done? Continue reading as we explain the different truck sizes that offer the Cummins diesel engine. 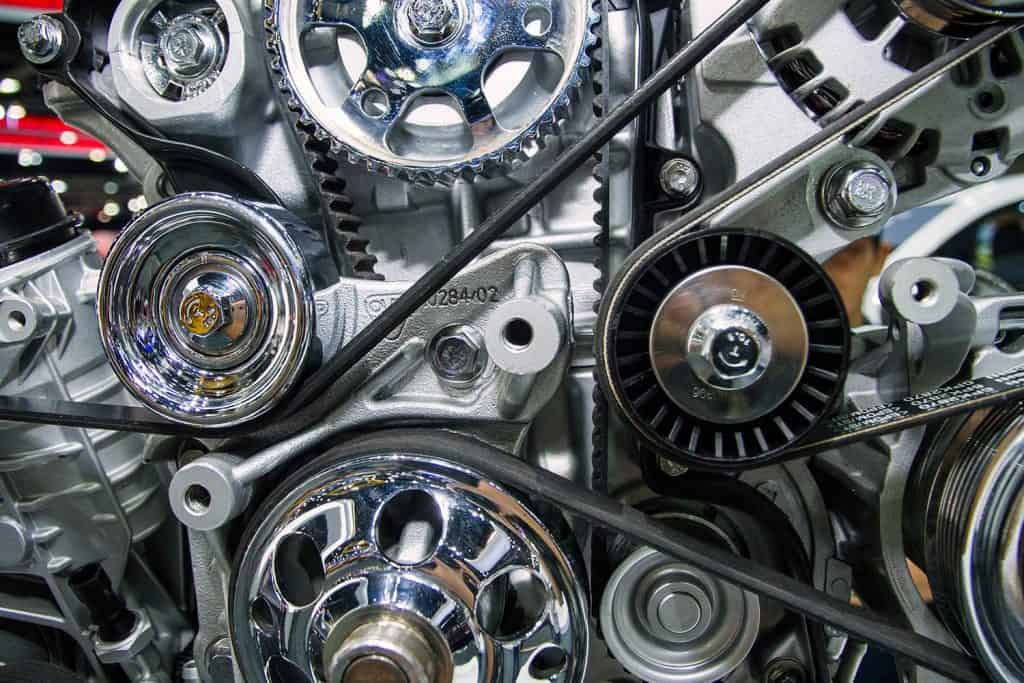 Starting the list with the Ram 2500 is a good choice for the daily driver and occasional heavy haul. It may be the smallest truck on the list but don't be fooled because this truck can do big things. The Ram 2500 has a six-speed transmission, 370 horsepower, and 850 pounds of torque, but that's not all. The Ram 2500 has a towing capacity of 19,680 lbs! Whether towing a large 5th wheel trailer camper, a surf boat, or both at the same time, this truck can handle it.

In addition to its power and comfort, the Ram 2500 has some newly added features. The new digital rearview mirror provides drivers with a live video stream from a rear-facing camera. This helps the driver get clear visibility of what's on the road behind you. The Ram 2500 looks like a mean machine on the exterior but offers a luxurious feel on the inside. Consumers will enjoy the custom-crafted leather seats, heated and cooled seats, and a 12-inch touch screen.

The Ram 3500 also has some great towing features. With a 360 surround camera and includes trailer reverse guidance view, drivers can tow with confidence. In addition, the 3500 is equipped with rear air suspension that brings the rear of the truck to a lower position for easy trailer hookup.

The Ram 4500 is the next step up when it comes to commercial work. Even though the Ram 4500 has the same engine specs as the Ram 3500 it can handle bigger payloads due to its thicker frame. Standing side by side, you may not notice the difference between the Ram 3500 and Ram 4500 cosmetically, but the 4500 actually has more significant brakes and larger and stiffer springs for towing.

The 4500 comes with dual fuel tanks for long hauls. This is a time-efficient feature for commercial drivers on a schedule. The Ram 4500 also comes with an auto turn-off feature. If the engine idles for over five minutes, the truck will automatically turn off, saving fuel. This feature can be turned off for jobs that require the truck to idle for longer.

Last but not least, the 2021 Ram 5500! Equipped with the same powerful 6.7-liter Cummins diesel engine and AISIN heavy-duty transmission, the Ram 5500 is the largest truck of its class made for commercial work. Consumers may get confused when they compare the towing capacity of the Ram 3500 and the Ram 5500 because, on paper, the numbers are virtually the same. However, the Ram 3500 may be able to tow or pull just as much as the Ram 5500, but it can't haul as much due to its payload.

Please keep reading to learn more about the Cummins diesel engine and what makes it best in its class.

Which Cummins Truck Is The Best?

If you know the Cummins diesel engine is the right choice, you need to consider which truck to go with. It's not an argument of which truck is better than the other because they are all great trucks. Ultimately, it comes down to a person's needs and what they will be using the truck for. For daily driving and the occasional heavy load, the Ram 2500 is a good choice. The Ram 2500 comes in with a lower price tag of $36,950, whereas the Ram 3500 starting MSRP is $38,300.

However, if you see yourself every towing heavier load frequently, it may be worth paying little extra money for Ram 3500. The Ram 3500 can tow almost twice as much and has over 1,000 lbs of torque. The 3500 will get about any job done will still comfortably accommodating five passengers.

Unless you work for or own a business that has to do with heavy load transport, you won't even need to consider the 4500 or the 5500. These trucks are for towing hefty loads every day and aren't as practical for normal commutes.

The 6.7-liter diesel Cummins engine also has a long oil life. Cummins recommends changing the oil and the oil filter every 15,000 miles or six months. Keep in mind this is a recommendation, and truck owners should still check their oil life regularly.

Are Cummins Engines Made In The USA?

What Size Engines Does Cummins Make?

Of course, they do!

For Class 7 and Class 8 heavy-duty platforms, Cummins makes a 12 and 15-liter diesel engine. You will find these engines in semi-trucks across the country. These two engines are capable of doing numerous long-distance drives hauling heavy loads. 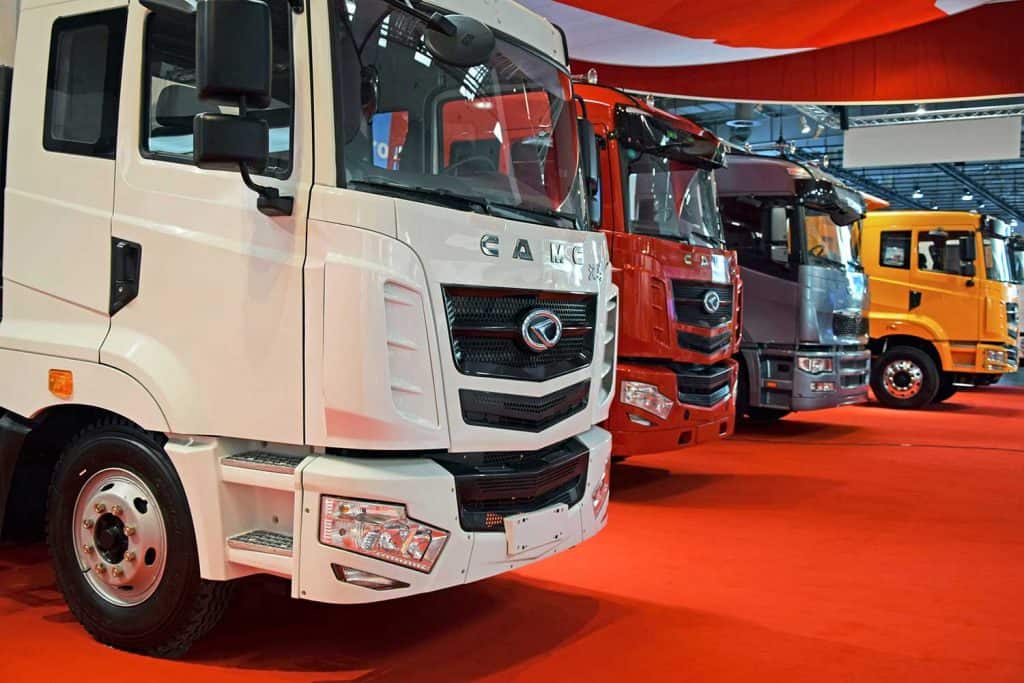 What Year Did Dodge Put Cummins In Trucks?

The Dodge made its debut sporting the Cummins engine in 1989. At that time, the company had projected to sell 5,000 engines in the first. However, things went better than they thought. By the end of the first calendar year, Cummins sold over 20,000 diesel engines! Just like that, a new dynasty was born. Since then, over 80% of Dodge buy their truck equipped with a diesel engine.

Cummins' first diesel engine was the 5.9-liter that had a mere 160-horsepower and 400 pounds of torque. Back then, that was impressive for a truck engine, but compared to the current 6.7-liters starting at 370-horsepower and 850 pounds of torque, Cummins has come a long way. Nonetheless, the Cummins engine has been a top diesel engine to go with year after year from inception.

Why Is Cummins The Best Diesel Engine?

If you have done any research on the best diesel engine, then you probably have seen Cummins's name in the conversation. But what makes Cummins the best diesel engine? The Cummins engine is intended for towing hefty loads, but what makes them a superior truck engine is their unparalleled durability. When taken care of and not abused, these engines have an insanely long lifespan. It isn't out of the ordinary for the Cummins diesel engine to pass the one million mileage mark! With that being said, Cummins engines are said to not be broken in until they hit the 100,000 miles mark.

The Cummins engine is crafted with steel and cast iron, making it a solid but low maintenance engine. In addition to their reliability and durability, the Cummins engines are known for the power. You can expect each model to have more than enough power and torque for the truck's specific job. It's fair to plead the case that Cummins diesel engines are unmatched in the truck world.

Is The Cummins Engine Right For You?

Cummins has been in the diesel engine space for a long time and isn't going anywhere any time soon. Its unmatched reliability, rugged durability, low maintenance, and insanely powerful output make it a great truck of choice. Whichever pickup truck you decide to go with, Cummins won't leave you disappointed.

If you enjoyed this article about pickup trucks that have the Cummins engine, then you might also like:

Truck engine sizes and what they mean for pickup owners

Which Pickup Truck Has The Most Power And Torque

7 Types Of Pickup Trucks You Should Know