Knowing the type of engine you have is an essential part of owning a vehicle so you can maintain it and choose the right components to put in. With the help of automotive experts, we will help you determine if a rotary engine is a 2-stroke.

There are 2-stroke engines out there; they can be found on motorbikes, generators, woodcutters, and other machines that need a small engine. For cars, most rotary engines are 4-stroke.

Rotary engines are unique compared to other engines since they don't have pistons. For more information about rotary engines, keep reading.

What Is A Rotary Engine? 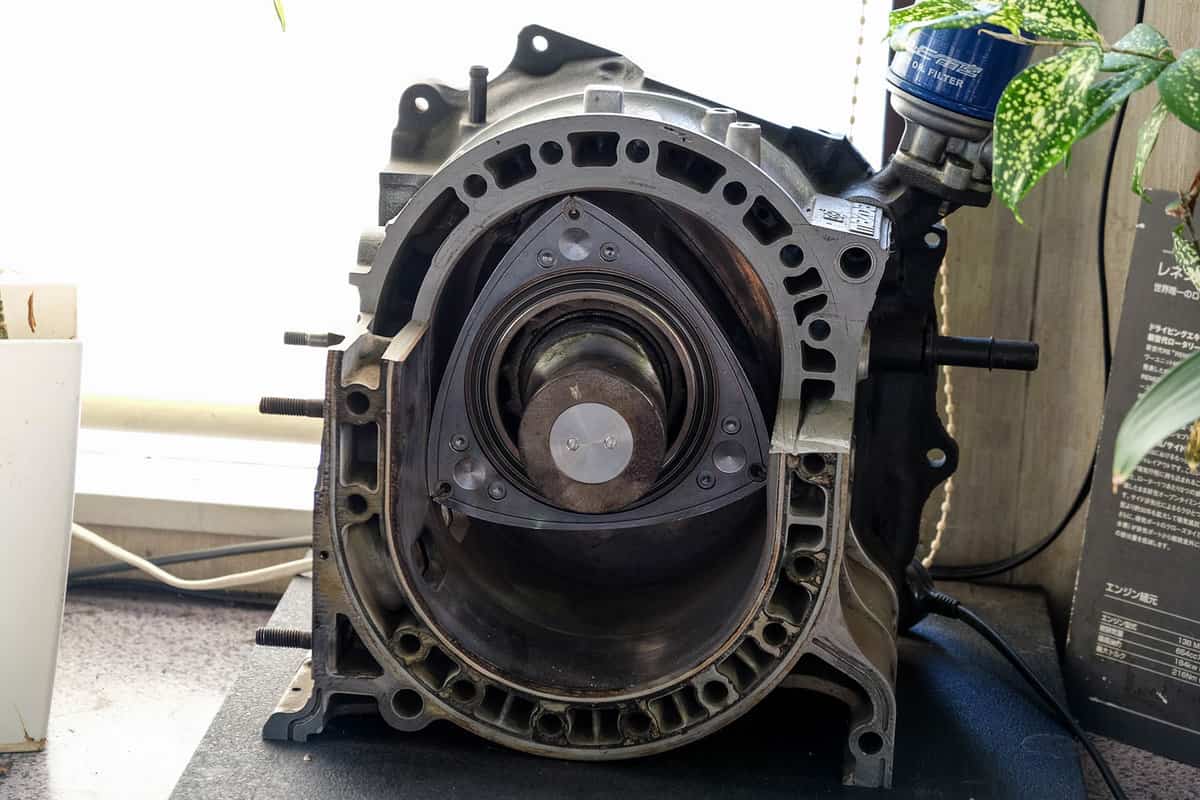 Rotary engines are small engines that don't utilize a piston but have rotors. There are 2-stroke and 4-stroke versions of this engine; both are used for different applications.

You can find a 2-stroke rotary engine on small machines or small vehicles. You may have encountered or heard of a rotary engine in the form of a lawnmower, motorcycle, generator, or even drone.

Click here to see this two-stroke motor on Amazon.

2-stroke rotary motorcycles are not that commonly brand new anymore since most do not pass emissions tests. Engine efficiency and reliability is not the only thing an engine must have. It should also not harm the environment; that's why only a handful of new 2-stroke bikes are on the market.

Aside from the 2-stroke rotary engine, there is a more known version, the 4-stroke, which is standard on Mazda vehicles. The inventor of the rotary engine is Felix Wankel, and his engines are the basis for the fastest cars Mazda has ever made.

Many engines in cars nowadays are inline-4, inline-6, v6, v8, and many more. But with the introduction of the rotary, consumers got an engine that was not piston driven.

The rotary is considered different or unique. The first car with a rotary engine was the 1964 NSU Rotary Spider, and the last rotary vehicle in production was the 2012 Mazda RX-8.

Here is a YouTube video showing a rotary engine in action.

Which Is Stronger: 2-Stroke Or 4-Stroke?

There are two main types of combustion engines for automobiles: 2-stroke and 4-stroke engines. The names of each engine pertain to the way it operates.

An engine can only complete its combustion cycle when there is a combustion of the air and gas mixture in the engine and expulsion through the exhaust. The process of how this happens differs between engines.

A 2-stroke engine completes a combustion and exhaust cycle in two strokes of its piston. A 2-stroke or 2-cycle engine has simple mechanics. You have the power stroke, where exhausts get released, and an intake and compression stroke, where fuel and air get sucked in.

Unlike the 2-stroke engine, a 4-stroke has many more moving parts; thus, it takes much more movement to finish a combustion cycle. The main advantage a 4-stroke engine has over a 2-stroke is that it is more environmentally friendly, meaning it produces fewer emissions than a 2-stroke.

Check out this 2-stroke synthetic oil on Amazon.

What Cars Have A Rotary Engine? 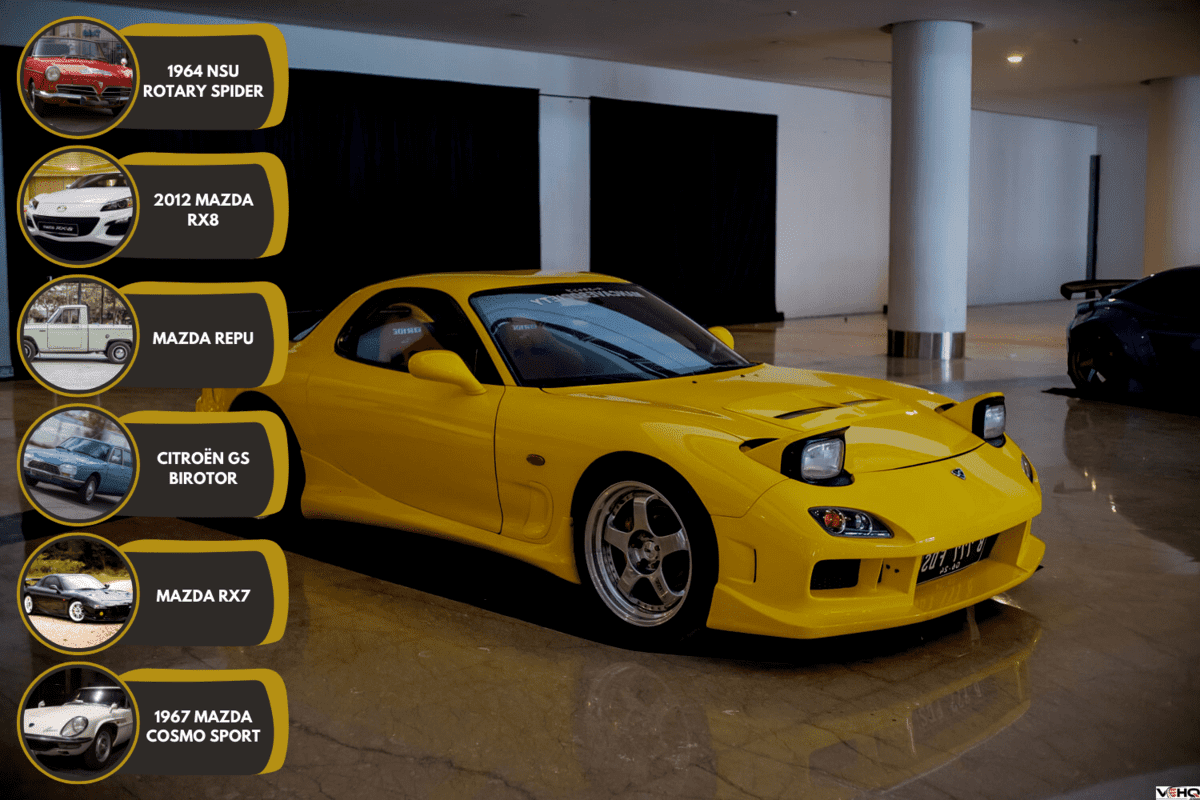 There are a lot of significant engines out there; you have inline, "v" shaped, and even flat, but there is one type of engine that stands out among the rest, and that's the rotary.

The main unique feature of a rotary is it uses a triangle-shaped rotor instead of a piston. There weren't a lot of vehicles with rotary engines since only a few manufacturers got a good idea of how to make or design one. Mazda is the one company that utilizes rotary engines.

A few companies, such as GM, Citroën, and Mercedes, have tried to use a rotary engine. These companies have only made rotary car prototypes or used them for testing, but none have made it into production.

Below you can find a few notable cars with rotary engines. 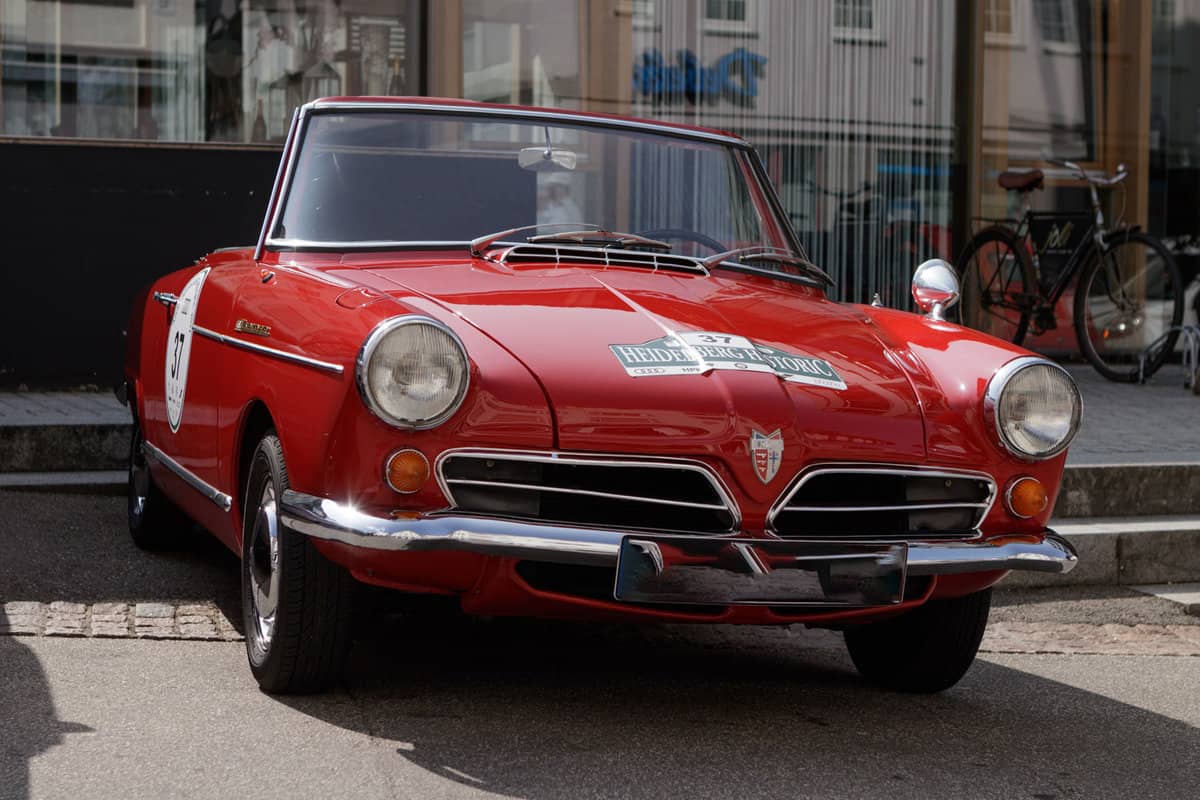 The 1964 NSU Rotary Spider is the first rotary-powered car to go into production. Bertone designed the NSU Spider, and the car featured a rotary engine located at the rear.

The NSU Spider featured a single-rotor with a 498cc engine pushing out 55hp and 52lb-ft. The overall is based on the Prinz Sport, but with the redesign, the NSU Spider was more compact and made more power. 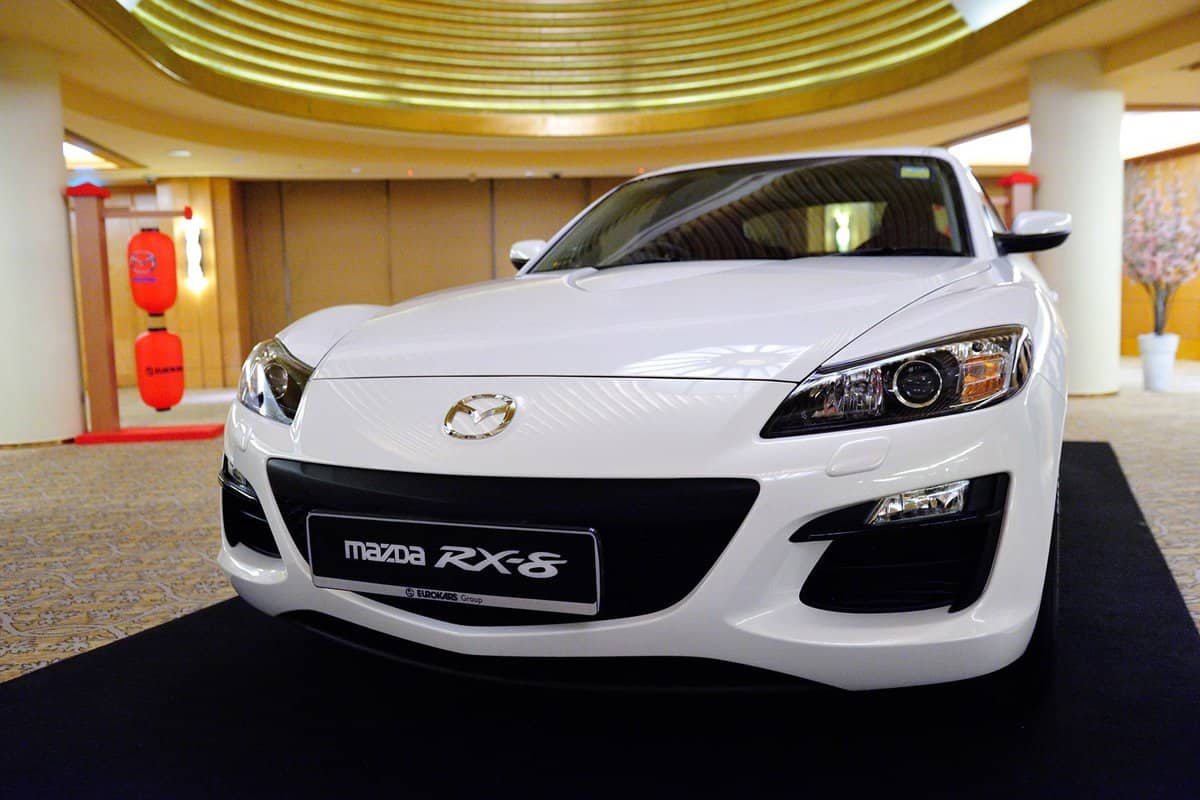 The 2012 RX8 is the last production rotary made; after the RX8, some manufacturers still make rotaries in a hybrid form. The RX8 has become a beloved car for enthusiasts since it is the last rotary-powered car, and it comes from the Mazda RX family.

For its time, the Mazda RX8 is a decently priced sports car compared to its previous model, the RX7. The RX8 has a 1.3 rotary engine that produces 232hp and 159lb-ft torque.

Many enjoyed the RX8 because of its looks, driving quality, balance, and high-revving nature of the car. When the RX8 was made, Mazda had the Miata as a sports car, and it was a tiny car; the RX8 was able to bridge the gap between a two-door sports car and a four-door car saloon. 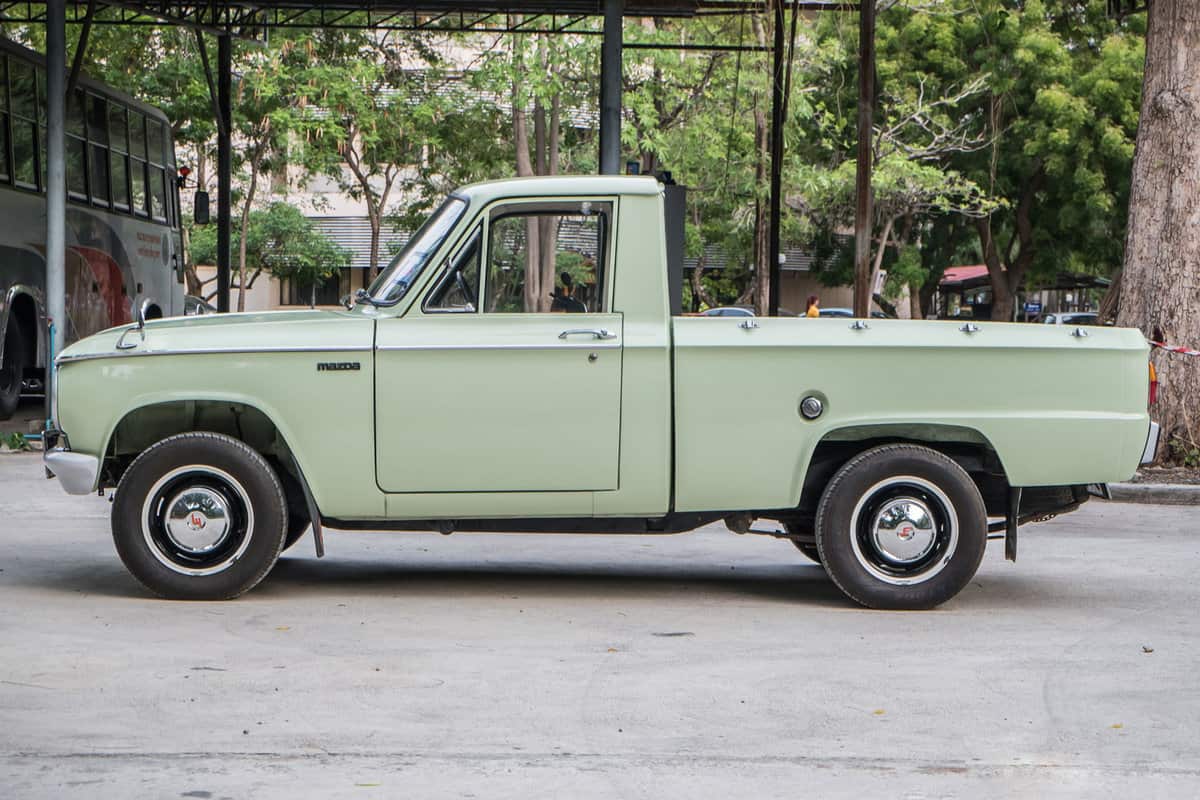 The Mazda REPU is the only factory-built rotary pickup truck ever made. The REPU has a 13B rotary engine that produces 110 hp and 117lb-ft torque. The actual name of the REPU is SPA136.

Mazda built the REPU when it was partially owned by Ford and produced it from 1974 to 1977. Around 15,000 units of the REPU were made, and manufacturers sent most of them to North America.

The Citroen Birotor is a rotary version of the Citroen GS model. The Birotor is re-engineered using an automatic transmission and pneumatic suspension.

The Citroen Birotor has a 995cc engine producing 107hp and 137lb-ft torque. Notable facts about the Birotor include that it was produced during the 1973 oil crisis, there were less than 900 units produced, and its engine also appeared in a helicopter (RE-2). 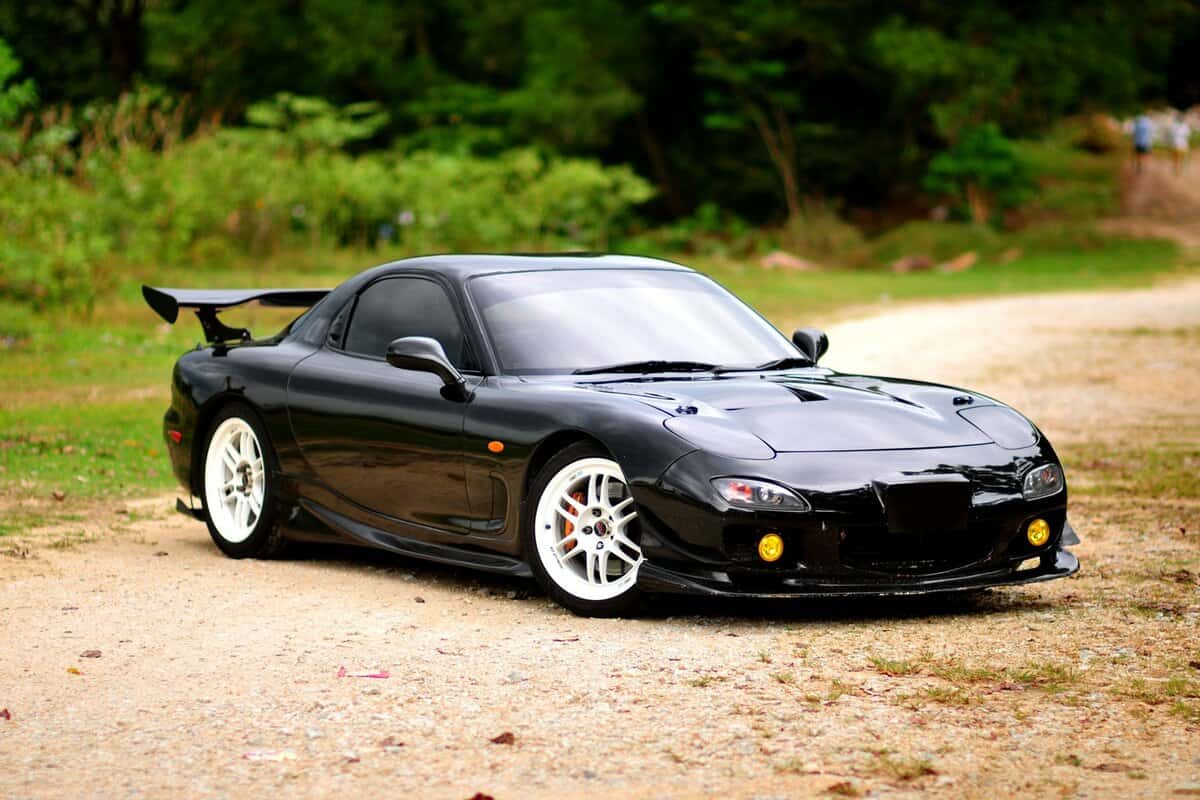 The Mazda RX7 may be the most beloved and popular vehicle with a rotary engine. The RX7 was not only a good-looking car, but it was also able to perform and sound great thanks to its rotary engine, making it an icon in the car community and motorsports.

The RX7(FD) has a twin-turbocharged twin-rotor 13B-REW engine that produces 252hp and 216lb-ft torque. The first generation of the RX7, the FB took inspiration from the Lotus Elan with the pop-up headlights and long sloping hood. The second generation of the FC was inspired by the Porsche 924 and 944.

Even if the RX7 is a great engine, rotaries tend to break faster than piston engines. In addition to the engine's reliability, the car's number of harmful emissions and the fuel it consumes seemed too much for Mazda. Hence, they had to end the production of the rotary engine. 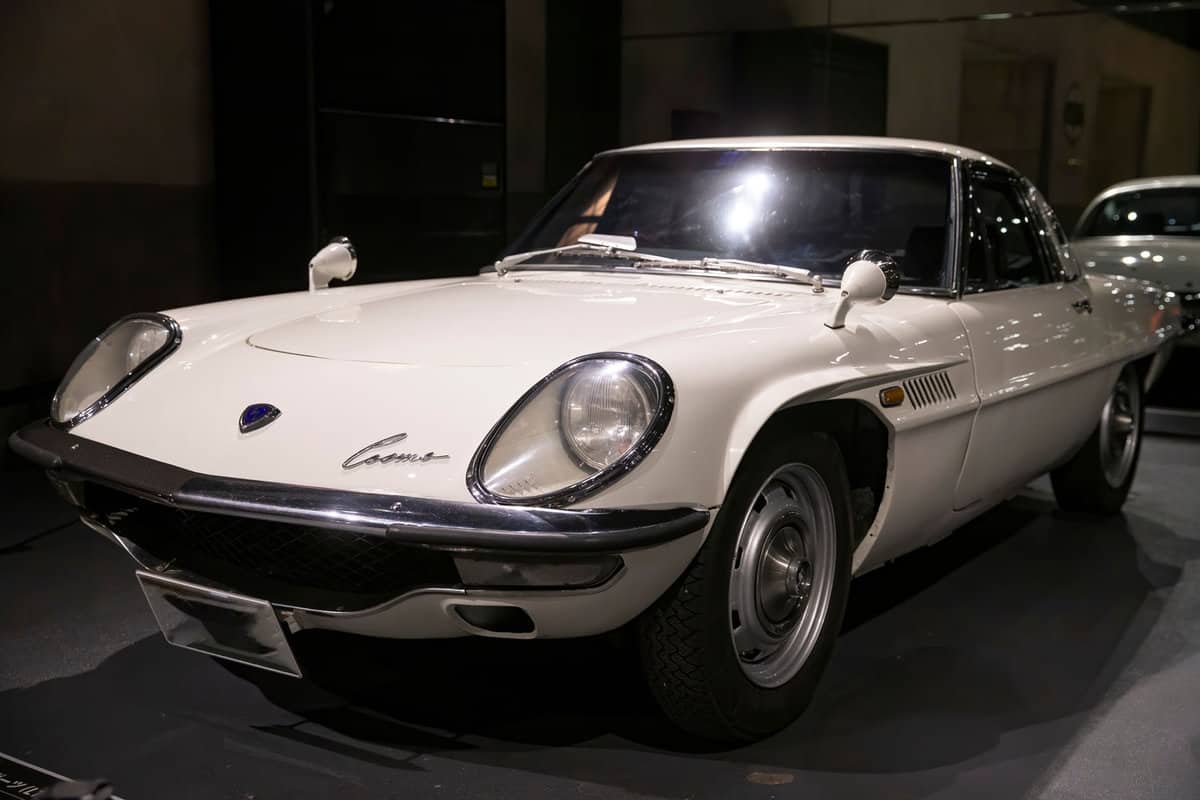 The Cosmo Sport was the first mass-produced rotary vehicle. It would be the vehicle that would inspire Mazda to create vehicles such as the RX7 and RX8.

There are 2-stroke rotary engines, mainly on generators, motorbikes, and other small machines or engines. But the rotary also has a 4-stroke engine which is popular in cars.

For more automotive topics and tips, check out the following post.

How Often To Change Oil In A Mazda CX-9

Can A Mazda CX 5 Be Flat Towed?