You woke up one morning and looked out your window to find your beautiful view obscured by a giant RV. It’s not yours, and you’re not quite sure who it belongs to. You let the matter slide, until another day passes, then another day, and the RV shows no signs of moving. What can you do in such a situation? We did extensive research to bring you the answer.

While the process can vary on a local or state level, if there’s an RV parked in front of your house that doesn’t belong to you, you should call city code enforcement or the police (on a non-emergency number). If the vehicle hasn’t moved in several days, it’s likely breaking an ordinance or law, such as illegal street parking.

This is quite an unfortunate situation to find yourself in, but it’s not one without recourse. In this article, we’ll cover all matters pertaining to unwanted RV parkers. From why they chose your street to how long it will take to get rid of them, by the time you’re done reading, you’ll feel confident enough to tackle this issue head-on.

Why Would an RV Park in Front of My House?

You don’t own an RV yourself, and neither do any of your neighbors. Still, you went door-to-door, asking anybody if they knew who the RV belonged to. Everyone was in the same boat as you; it’s a foreign vehicle they’ve never seen before.

You can’t tell if someone is in the RV or not, nor do you want to cause a possible confrontation by knocking on the vehicle door. As you go back inside and get started with your own day, you tell yourself this will just be a momentary problem.

Then you wake up the next day to see the RV hasn’t moved. This lasts for three days, then a week. Why would someone decide to take a perfectly good residential street and clog it up with their RV?

There are two main reasons.

They’re Illegally Living in Their RV

The first reason someone may camp out on your street is because they’re living in their RV. This happens all the time, especially in expensive cities and towns across the United States. For instance, in an article we just wrote about California RV laws, we mentioned that it’s not illegal to live in one’s RV in San Diego. (Parking rules do exist, creating a conflict.) In cities like Los Angeles, though, you cannot.

Read more: RV Laws In California You Should Be Aware Of [Inc. Parking Laws]

Still, that doesn’t stop people. Some who live in their RV do so because they’re homeless and cannot afford a stable roof over their head. Others do it out of convenience. All do it illegally, unless you happen to live in a city like San Diego.

Another reason an RV owner might park in front of your house is because they needed somewhere to stay for the night. They may have never visited your city or town before, and they didn’t plan their trip particularly well. By the time they rolled into the neighborhood, all the local parks that welcome RVs had closed.

Most cities and towns have local parking laws for vehicles like RVs. These typically go into effect after sundown until sunrise, or thereabouts. These rules expressly prohibit RVers from parking on public streets and creating the potential for accidents.

Thus, these RV owners might seek out a private, residential street such as your own. As we’ve mentioned before, you might let this slide for a night, but when night falls the next day and the vehicle is still sitting there, unmoved, you begin to get frustrated. 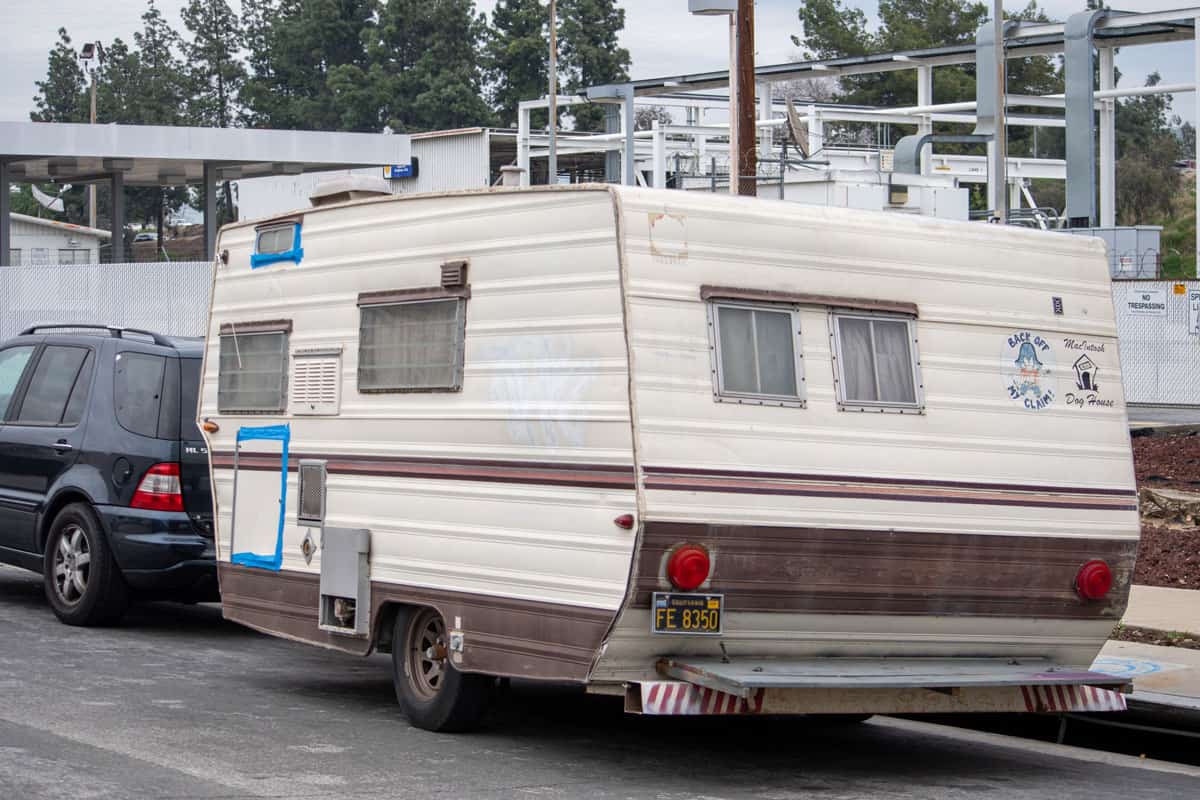 There are several sizes of RVs you might spot on your street. Class A RVs or motorhomes are the largest vehicles out there. They’re often hulking in terms of length and width. Their sheer size blocks up most of your street, making parking a pain.

Class B RVs are much smaller, typically about the size of a van. There are also Class C RVs, which outsize Class Bs but lack the sheer bulk of a Class A motorhome.

Knowing all that, obviously, Class A RVs would be the biggest threat to your safety, that of your neighbors, and that of anyone who drives down your street. It’s almost impossible to neatly tuck a Class A RV into a residential street without the vehicle protruding out into the road. Class Cs might poke out a little, but most Class Bs can park without much obstruction.

No matter the size of the RV, if the vehicle is parked illegally, then you have the right to report it. Even if the vehicle by chance isn’t breaking any laws, then authorities could at least encourage the RVer to leave your street and go somewhere else.

How Long to Wait Before Reporting the RV

You’ve tried to be patient, but you think you need to report this suspicious RV. Do you have to wait a certain period to do so?

Not necessarily. If you know the laws in your town inside and out and you’re confident the RV is breaking one or several, then by all means, report the vehicle. If, on the other hand, you’re not quite sure if it’s illegal for the RV to park there, then you might want to wait a day or two. Sometimes, the problem disappears on its own, in that the RV moves on somewhere else. Other times, that doesn’t happen.

As a general rule, if two or three days pass and the RV shows no signs of moving, it’s time to do something.

Who Should You Report the RV To? 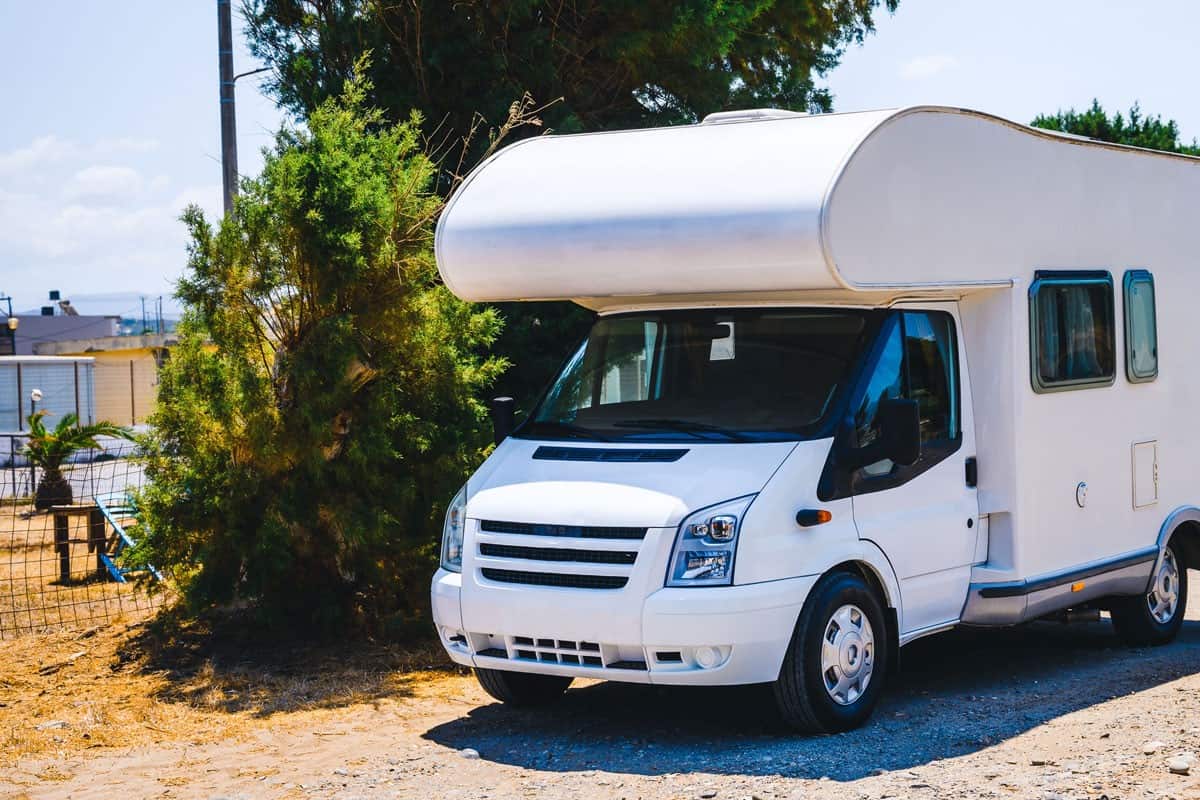 Okay, so you’re ready to lodge your complaint about the unwanted RV, but who do you direct it to?

The investigation includes starting a case, which can occur in a single business day after receiving your formal complaint. City code enforcement will scope out the situation, getting a warrant if necessary.

If your city code enforcement finds the RV has broken any laws by parking on your street, then an investigator will speak to the RV owner and let them leave by choice. If they don’t do that, they receive a notice with a deadline to leave. Failing to leave by that time could result in a civil or criminal case against the RV owner. They could also receive civil penalties between $10,000 and $400,000. The RV could get taken in for demolishing, too.

Now, that’s just what city code enforcement does in San Diego. The process and punishment can vary from city to city and state to state.

You could also get in touch with your local police. Since this isn’t an urgent matter, we do recommend calling them on a non-emergency number, as we said in the intro. Police will follow essentially the same protocol as city code enforcement. The cops will come to your property and talk to the RV owner. Like with city code enforcement, the officer will try to get the RV owner to leave peacefully and of their own accord.

Of course, if the RV owner has broken laws for parking on your street, they’d get ticketed and/or fined for their behavior. They probably won’t be arrested for what they’ve done, though. Still, that doesn’t matter so much to you. You just want them off your street. 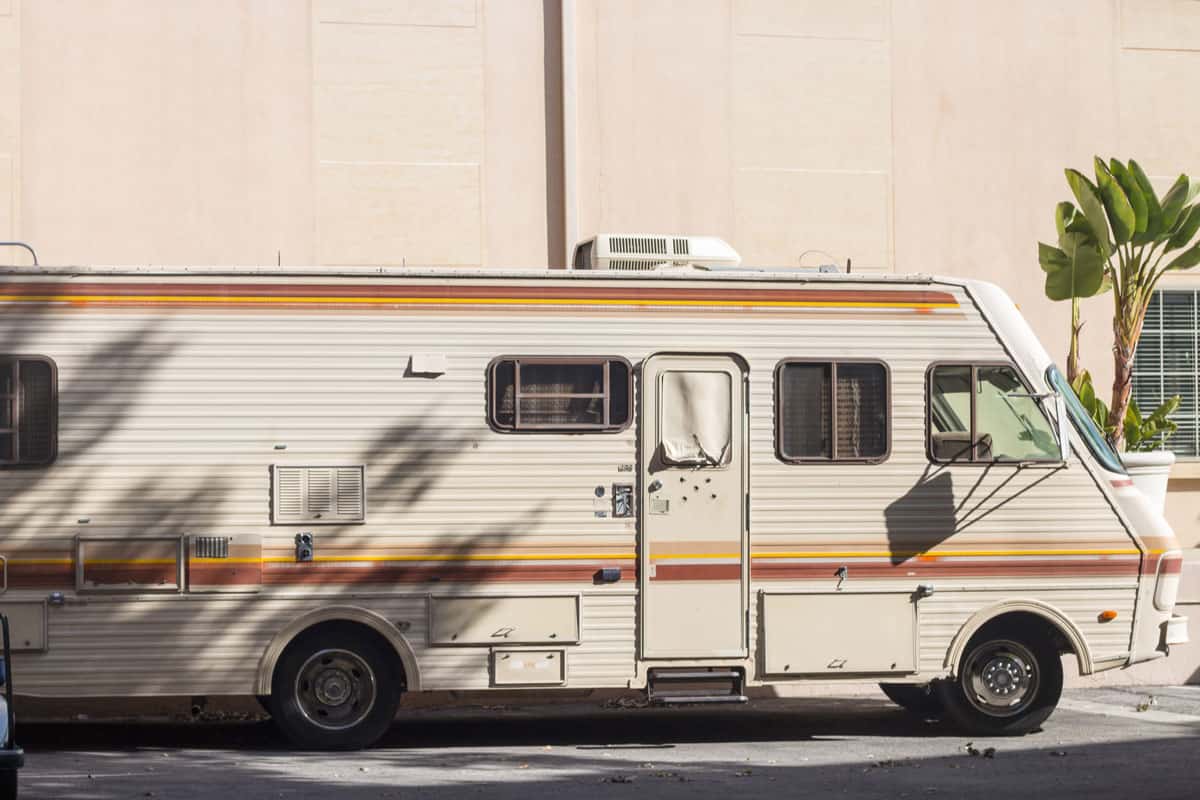 The mystery RV that appeared on your street showed up in the dead of night. When you finally reach out to the police or city code enforcement, they find no one’s in the vehicle. That’s weird, because the RV had to get there somehow.

People can abandon their vehicles for a slew of reasons, even expensive ones like RVs. According to legal resource Nolo, disabled vehicles typically cannot stay parked on a street for longer than 72 hours. For a vehicle to be considered disabled, it must not have all the necessary equipment for driving, such as doors, tires, or an engine.

Look up the rules in your neighborhood before calling about the vehicle. If you find out the abandoned RV is considered disabled and has stayed on your street for more than three days, then you’re in the clear to report it. You can go through your local police, the sheriff, or city code enforcement.

If the RV wasn’t stolen, then it might receive a warning tag. This lets a potential owner come claim it before it’s too late. These tags have a brief lifespan, often 24 hours. If the owner comes back in that time for their RV, then problem solved. If they don’t, then your neighborhood will likely impound the troublesome RV. 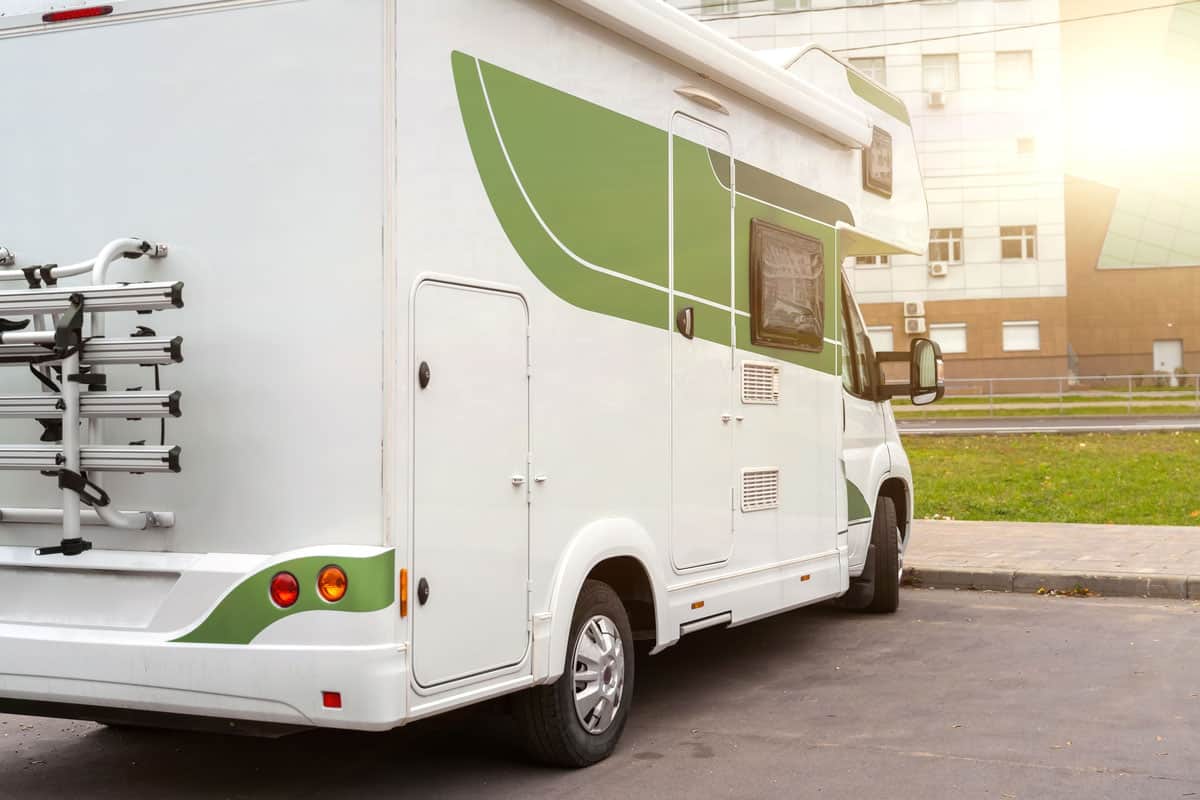 Dealing with an RV on your street that doesn’t belong to you or your neighbors can majorly hinder your life. You feel nervous each time you drive down your block because you don’t want to hit the hulking vehicle.

In many instances, your city code enforcement or police can get the vehicle off the road, especially if it’s breaking rules by being there. Good luck!

If they can afford to buy the RV /'Trailer /'Camper they should be able to pay for a parking place in a park where it is permitted .

Its unsightly and dangerous on a residential street. For the amount of property tax one pays, youd expect there to be more ordinances against this especially how it looks and when its a stranger parked there! Its like someone squatting and establishing residency in your front yard. Didnt want my street looking like the beverly hillbillies lol