Are you trying to change the radio and wondering if you should disconnect your car battery before doing so? We've researched this topic thoroughly, and here is the answer.

It is always best to keep the car battery disconnected when changing the radio, but it is not necessary. As long as the ignition is off, the radio can be removed and replaced without running the risk of blowing fuses.

Some car owners disconnect their car batteries when they replace their car radios. Others don’t. Here we will discuss the pros and cons of both practices. This way, you can decide whether or not to disconnect your battery when replacing your radio. 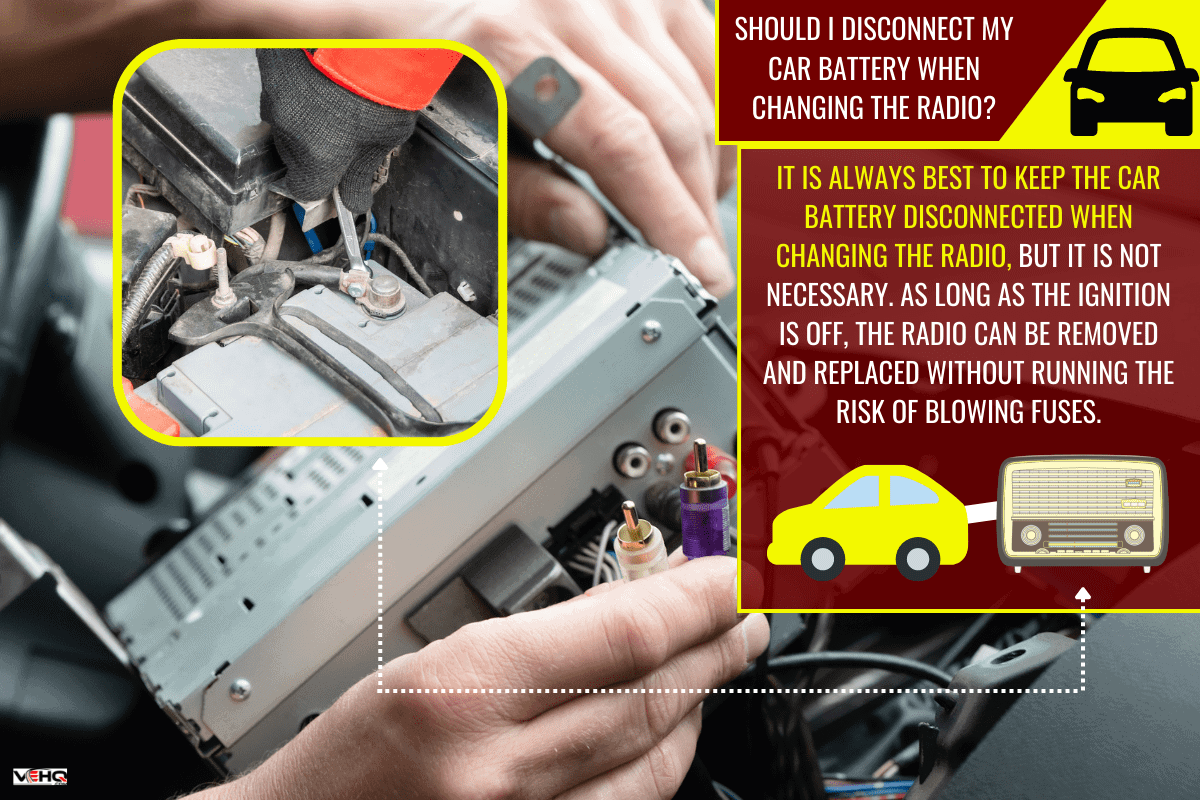 Whether Or Not To Disconnect The Battery When Changing The Radio

Choosing to disconnect the battery or not is just a matter of personal preference. There is no difference between removing the battery and not removing it when changing a car radio. If you know what you're doing and you follow the procedure correctly, you won't damage the car radio or anything else.

It's more of a psychological thing than technical. Some people are comfortable with leaving their battery connected while changing a radio. 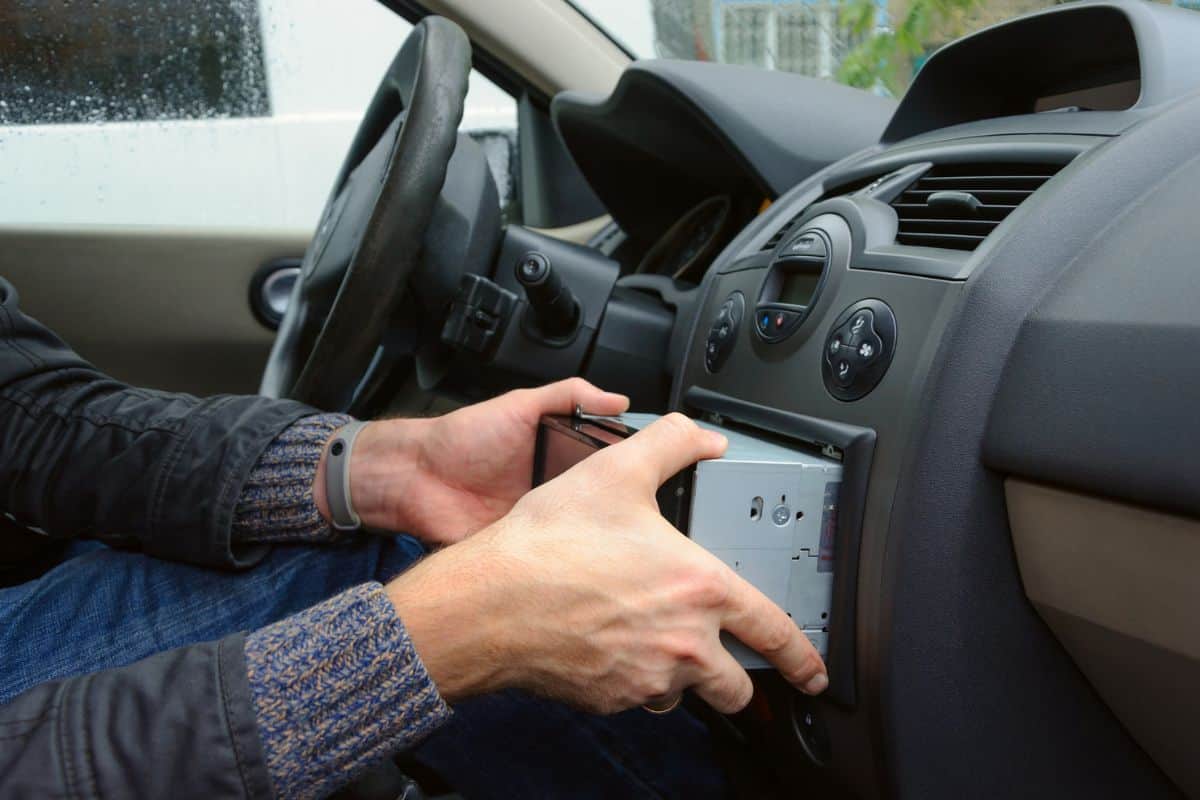 On the other hand, some people like to disconnect the battery when they change a car radio because they have a very active and creative mind.

The kind of mind that imagines there's a sea monster ready to grab you by the neck if you go farther from the shoreline. Others aren't because they don't want to give themselves any unnecessary worries.

Nonetheless, we'll discuss the pros and cons to satisfy all of you who may be interested in learning about this. But this is not the kind of pros and cons that you'd normally see as a list because we will be dealing with only a couple. 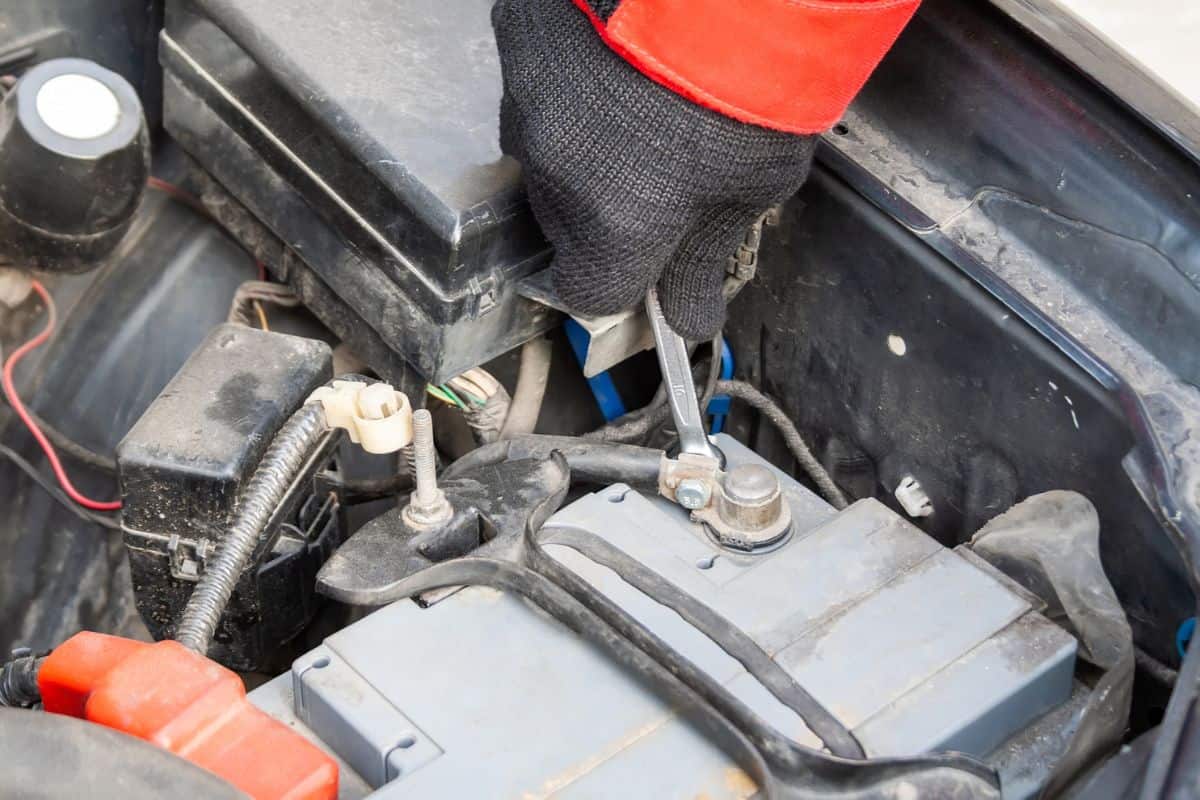 Convenient And Makes The Job Easier

You can test the new car radio right away after installation without having to reconnect the battery. This makes the job less stressful because you won't have to think of taking care of other things other than what you're doing.

You can't control what's happening behind the scenes, but you can take steps to ensure that you're safe in case something does happen.

When replacing your car radio, you should check to ensure that the ground, hot, and neutral wires are properly connected.

If they aren't, you may experience an electrical voltage surge and a possible electrical shock when turning the newly-installed radio on while the battery is connected.

The chance may be minimal, about 0.01%, according to an electrical engineer and computer scientist Dean Hough (a Quora contributor), but it's better to be safe than sorry.

The term "parasitic load" refers to electrical load caused by electrical devices that aren't actually using electricity but are drawing power from the battery anyway.

Your car radio, as well as other electrical components in your car like the air conditioner, can passively drain the battery.

Although the parasitic draw is negligible, it helps the alternator a lot in the long run by minimizing its workload. So, it's a best practice to disconnect the battery while working on anything that deals with electronics inside your car.

You can put something like a piece of electrical tape to hold it in place to keep it away from the negative terminal.

Check out this 10mm battery terminal wrench on Amazon.

How To Install New Car Radio 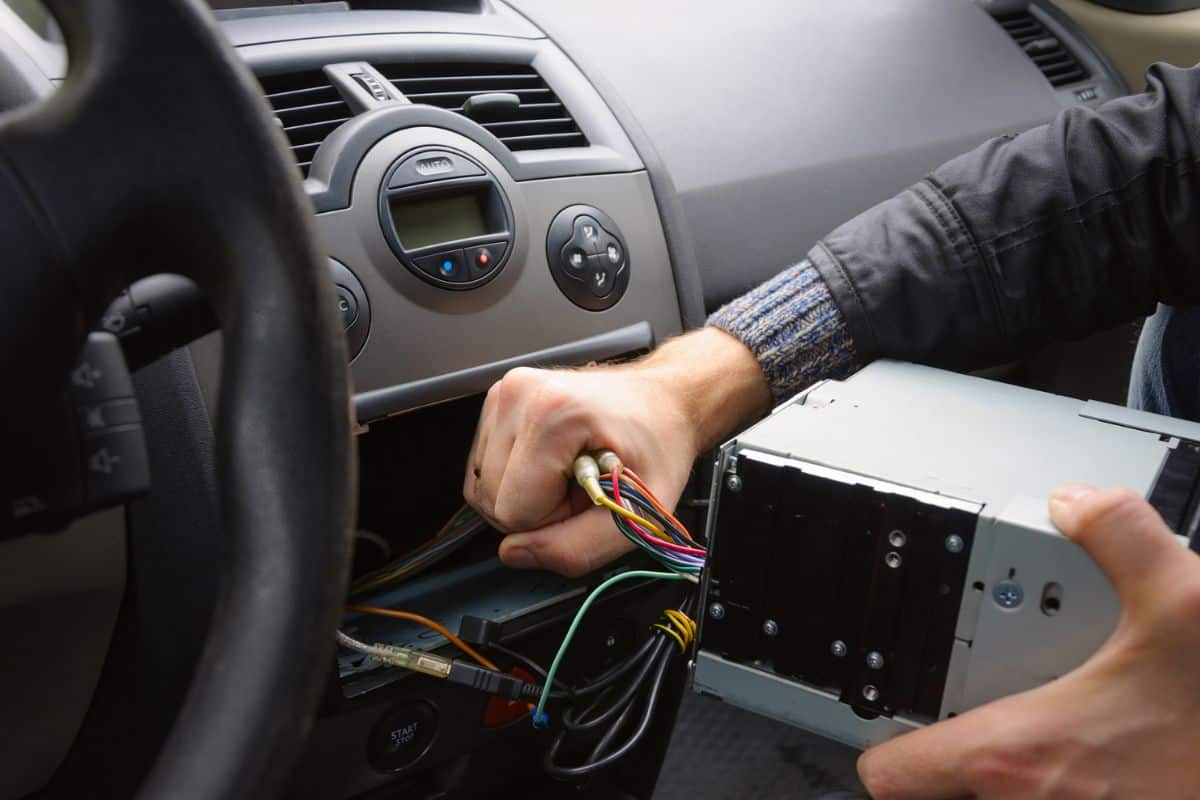 Replacing a car's radio is a pretty straightforward process. You won't find too many complications when it comes to the basics of installing a new one. However, there are a few things that you should know before you dive into the process of replacing your car's radio.

Here are the basic tools you need:

We'll be giving you the general steps on how to change your car's radio. Keep in mind that these steps may vary depending on your car's design and how the radio is set up.

Your car's radio is usually installed underneath the dashboard. When you take the radio out, make sure to disconnect the battery before you start. Most car radios have an access panel.

You can use a flathead screwdriver to open it up. You will need to pry the cover off with your screwdriver. Make sure to be gentle so as not to damage the cover itself. You may have to loosen some screws if you see a bunch of them.

The next step is to get inside the compartment where the radio is stored. The radio will need to be removed from its bracket. Check the sides of the bracket and loosen the screws so you can slide the radio out from it.

There may be a few extra wires on the back of the radio if you have additional speakers in your car.

4. Place The New Radio In The Bracket

Put the new radio into the bracket and connect the wires. Put the screws and access panel and assemble everything back together. Finally, you can test the radio and see if it works.

Here's a quick video if you need a visual illustration:

How Long Does It Take For A Car Radio To Drain A Car Battery?

Your radio has its circuit which is connected to the car battery. When you play the radio without running the engine, the car battery will drain completely in about 4 to 6 hours. If your sound system is complex, it can drain earlier than that.

This is because the alternator is not generating power to recharge the battery, and there's a current draw through the radio.

If you want to listen to the radio, run the engine on idle. The alternator will generate enough power to recharge the battery and keep your radio on indefinitely.

Does A Car Radio Draw A Lot Of Power?

The average amount of electrical power used by a car stereo depends upon a number of factors, including the type of radio, amplifier, speakers, and other components.

The electrical power drawn by a car stereo is measured in watts, which is a unit of measurement that refers to how much power a device consumes.

The typical wattage of an ordinary car stereo is 12 watts. If you have an upgraded sound system, it can be higher. The larger the amplifier and speakers you have, the more power it requires for the car to run your sound system.

Is It Necessary To Disconnect Both Positive And Negative Terminals When Changing Car Radio?

The old-school approach to installing a new car radio in a vehicle is to disconnect both the negative and positive battery terminals. This means that you're making sure that the battery won't short-circuit while you install the radio.

However, you only need to disconnect the negative terminal to achieve the same result. This saves you time than having to disconnect both terminals. 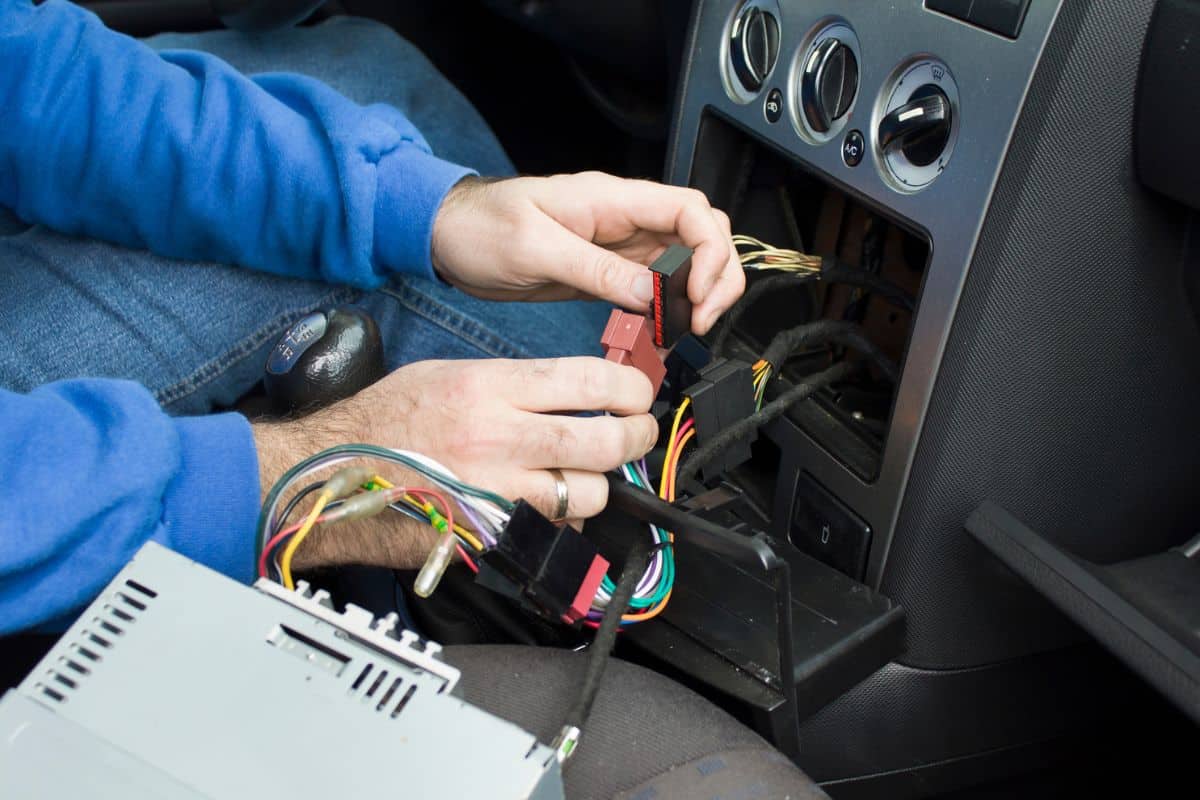 What Can Possibly Happen If You Disconnect The Positive Terminal First?

The most important safety measure you can take when disconnecting your car's battery is to always disconnect the negative terminal before removing the positive terminal. Doing it the other way around can cause a short circuit.

Will My ECU Reset If I Disconnect The Battery?

In the previous generations of cars, ECUs tend to reset when the battery reaches a certain low. Because of this, car manufacturers have long thought of innovating how an ECU should behave relative to the battery's state.

They found out that it just doesn't make sense for an ECU to reset just because the battery is low or disconnected. You're on the safe side if your car is 2000-ish.

How Long Will It Take For Beginners To Replace Car Radio?

You can get a basic car stereo installed in less than 30 minutes, but a high-end stereo can take up to 4 hours to complete. The actual installation process depends on the quality and type of stereo and your car's design. In general, the process includes removing and disassembling the radio assembly and replacing it with a new one. 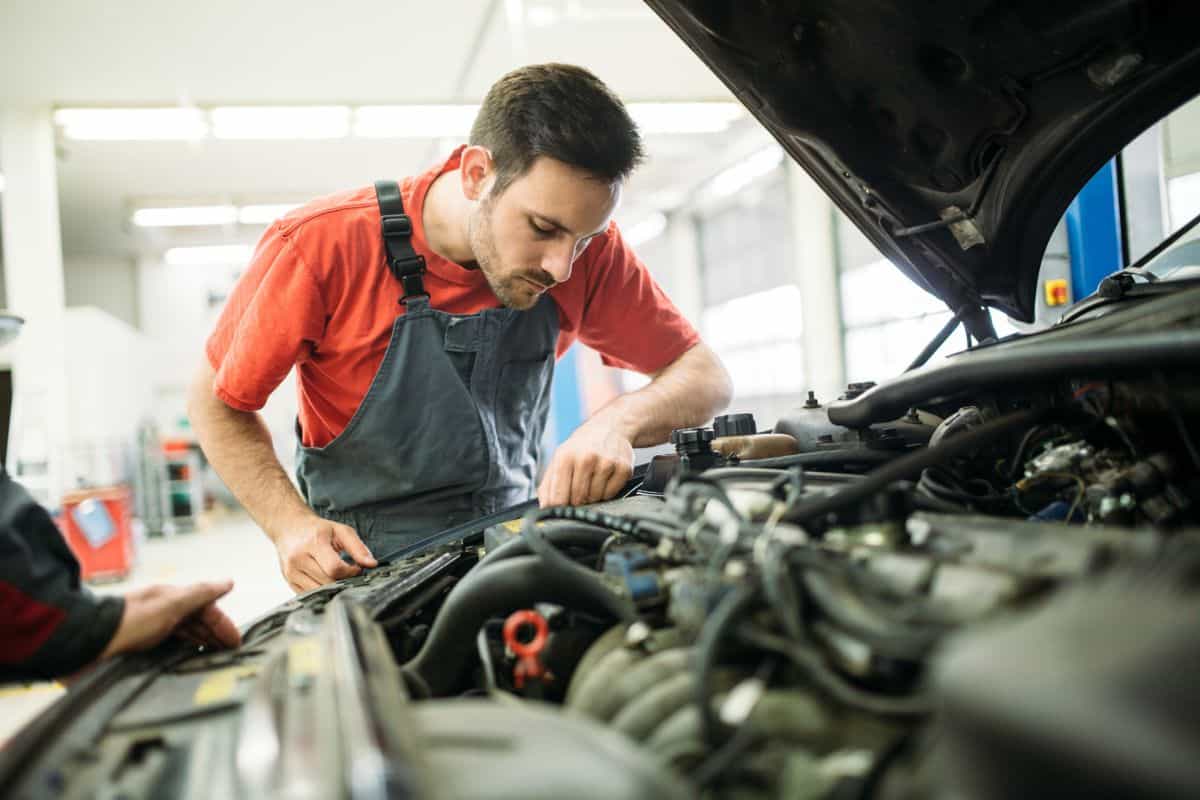 If your car has recently had error codes, then disconnecting the car battery may not be a good idea. This is because it erases all those error codes saved in the system. This also resets the check engine light if it's lit.

Make sure that you have identified each error code before disconnecting the battery. Otherwise, you may not get the chance to take a look at each code and diagnose the problem.

Check out this error code scanner on Amazon. 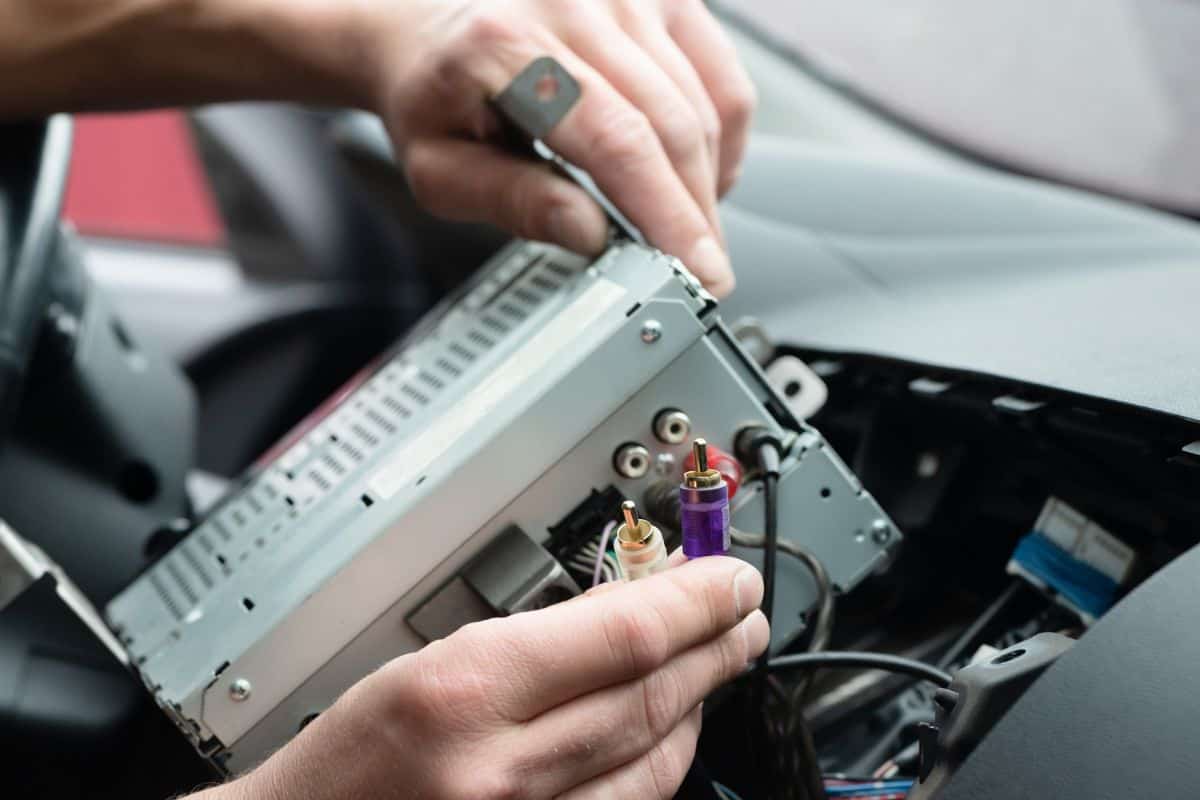 Doing some simple steps ahead of time can help to avoid the hassle of having to replace a blown fuse. For instance, disconnecting the car battery can be an easy way to avoid short circuits.

If you plan to change the radio, it is best to turn off the ignition and open the hood of the car and make sure the battery is disconnected.

Why Does My Car Radio And Clock Keep Resetting? [& How To Fix It!]

Radio Stays On When Car Is Off – What To Do?