Traction control is a system that applies the brakes and reduces engine output to maintain traction on slippery surfaces. For drivers, it's an important safety feature. But when should you turn it on? Should traction control always be on? We did the research to help you find the answer you need.

Traction control engages automatically when the vehicle is turned on, therefore if it's turning off and then back on again, it's to help with traction in slippery conditions. The only time traction control should be off is when you are stuck in deep snow or mud. Turning it off will help the tires spin, helping you get out of the situation.

Some people might say that you should always have traction control. After all, why not be safe than sorry? But, unfortunately, the answer is complicated: traction control can help in some situations, but it can have drawbacks in certain conditions. So let's take a look at what you need to know about this issue before making your decision! 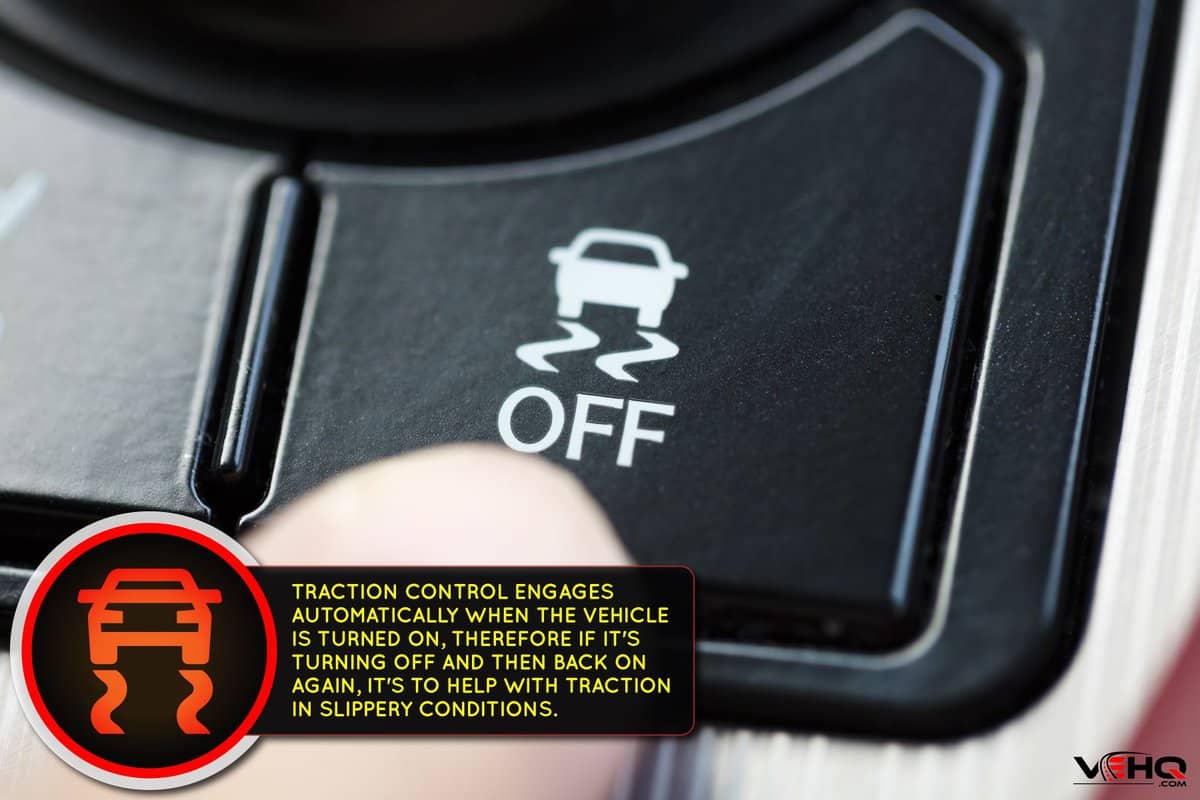 Traction control is a safety feature. If traction control detects slippage of the tires on slippery surfaces, it automatically reduces engine power and applies brakes to restore vehicle stability.

It’s designed for optimal performance when you need extra grip in low-traction situations (like snow or ice), but not while accelerating normally on dry pavement.

When should it be on?

Traction control should be turned on when you know the road ahead is slippery.

But keep in mind that it’s not a substitute for good driving habits like slowing down and leaving extra space between your car and others—this helps the chance of accidents no matter if traction control is active or not.

Unless you are stuck in deep snow or mud, traction control will always be on.

Traction control can be beneficial when you need extra grip in low-traction situations.

Still, it’s not necessary on dry pavement. It is less effective there than conventional ABS braking because the brakes are only activated if a wheel starts to slip—which means your car would have already lost some of its traction by that point.

Traction control can keep your car moving in a straight line when it’s wet or snowy, but the system might prevent you from ever getting out of whatever is holding onto those slippery surfaces.

When you should not use it?

If you have a stuck vehicle, it's best not to assume that the traction control system will work in your favor. Turning this feature on may reduce power when applied. However, it could also cause issues due to its effect and location within an engine bay.

If nothing else works, a useful technique is “rocking"—reversing and then re-engaging forward motion just slightly. Do this in a series of small movements to help you slowly get unstuck.

If you turn off the traction control system while doing this, you will have a better chance of getting unstuck without needing someone to tow you. Of course, for all-wheel-drive vehicles like Subaru Outbacks, this won't be as necessary, but the TCS can still be turned off if necessary.

Is it OK to drive with traction control all the time?

When driving without traction control, your vehicle can spin out and slide around on the road when hazardous weather pops up. So it's best to keep TCS on in case of emergencies. This will help you maintain control at all times!

Traction control can be a great tool, but it's also something to watch out for when you're going uphill. If traction is cut and wheels start slipping, this could cause problems with engine power and other vehicle functions like steering or acceleration.

The system cutting power to your car’s wheels while you drive up a steep and slippery hill could potentially cause an accident. In some cases, it can be dangerous—so don't worry!

On the other hand, if this is something that concerns you, then turn off traction control. Maybe even bring extra chains before hitting those treacherous roads.

Turning off traction control in these situations could be beneficial to the overall experience even though you might feel like it's safer to have it on. However, first-time drivers should always turn this feature off when driving up a hill to avoid potential problems.

Why would I want to turn off traction control?

The only sensible time it truly makes sense to turn TCS off is when you are going up a slippery hill or stuck in wet mud or snow. Having this feature on when you are trying to move your car up a hill doesn’t make any sense.

Traction control can be an effective safety device in wet and snowy conditions. Still, it also prevents the wheels from actually spinning—the desired effect if they're stuck or idling fruitlessly in snow.

Turning off traction control allows wheels to spin freely without restrictions, potentially freeing you from your stuck position.

Turning off traction control helps the car wheels rotate faster and provide more power to each wheel that is not spinning or slipping on ice or snow. However, on certain occasions, when driving up a hill with TCS turned on, this can cause problems like stalling out the engine.

Is it safe to drive without traction control?

When the pavement is dry and clean, it's safe to turn off traction control. Additionally, turning corners at high speeds will not be as difficult with this feature disabled.

It is only unsafe to drive with traction control off when you are driving in slippery road conditions. Having it off can cause slippage, which could be bad news if you drive at high speeds. If you live in a region where the weather is unpredictable, it is better to leave TCS on. 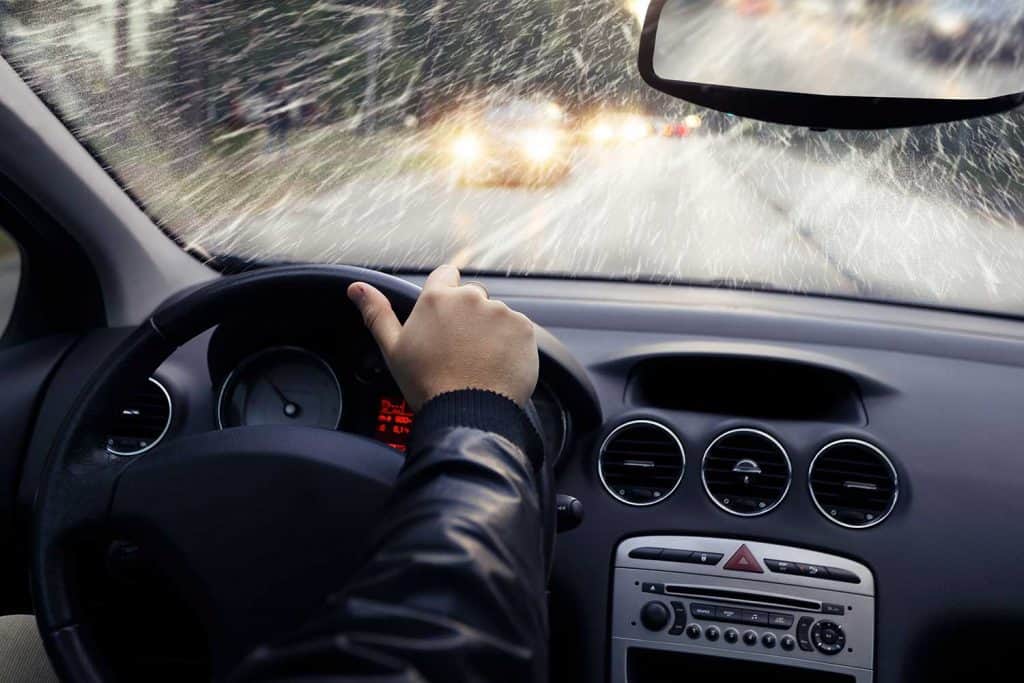 Turning off traction control will not affect steering in itself. However, if the car has stability control, having this feature turned on or off can impact it. So, for example, when it comes to how much force you need to apply while cornering, keep that in mind!

The only time turning off TCS affects your vehicle's steering would be on a car equipped with stability control. This feature uses the brakes to help you maintain steering control and avoid accidents, so if it's off, more force is needed when cornering on slippery surfaces.

Don't always turn this system off—it can cause your vehicle problems down the road. Instead, it's safe to disable TCS in specific scenarios.

For example, when you're driving up a slippery hill, stuck in mud or snow, or if your car is equipped with stability control. 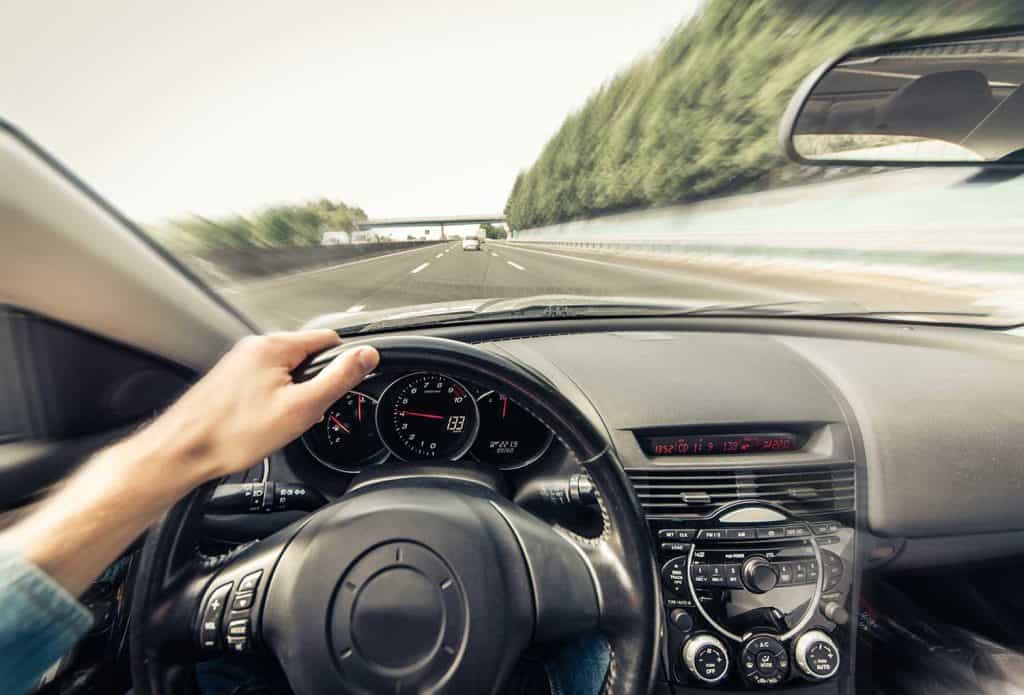 If you are driving on bad roads or with worn-out tires, it is common for the car to pull in one direction. This can make TCS activate more often than not, but any alignment issues won't affect this feature directly.

When your wheels become misaligned, they'll fight each other instead of working together. That will impact how your car turns. Wheel misalignment won't directly impact traction control, but it will affect how you drive and corner.

Traction Control is designed to help keep a vehicle from spinning out of control when driving in wet conditions or snow. However, if you are experiencing pulling while turning, there may be an issue with wheel alignment.

Do All Vehicles Have Traction Control?

All new vehicles have traction control as a standard feature. It will typically run in the background without you noticing it. You would only think of doing anything with the TCS if you want to turn it off. You would turn it off in situations where you are stuck in wet mud or deep snow.

Traction control is a safety device that should be turned on when driving in wet conditions or snow. It can cause stalling out the engine, so it's best to turn off traction control for those cases.

Other scenarios do not require it, such as if your car has stability control, good roads, dry pavement, and clean surfaces.

How To Protect The Underside Of A Car From Rust

Subaru Outback Trunk Won't Open - What To Do?

Why Does My Car Feel Heavy And Sluggish?

Do you ever turn off your TCS on your car? Leave us a comment below! 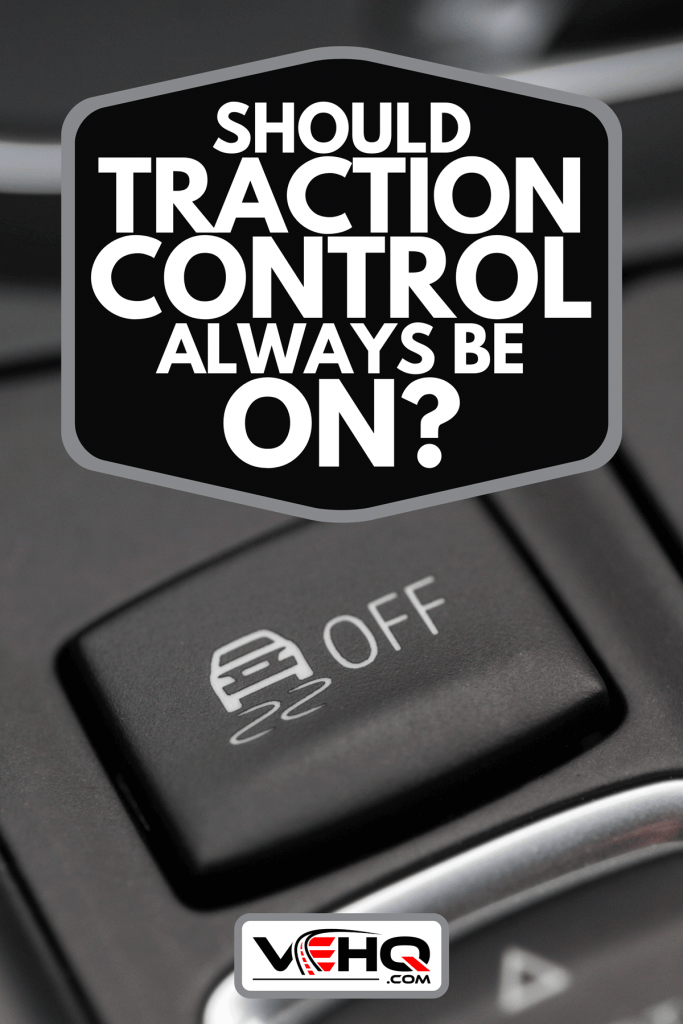 I have to turn my ‘slippery when wet ‘. button off when driving cause my Kia acts like it won’t go but I do skid more often And it scares me!! I’m nit sure what I need to do!!

We have a Lexus 220d and have recently moved to a place with a long steep hill and a sharp turn in the middle, the car then became jumpy as if it was coming out of gear. We had Lexus and other mechanics look at the problem without solution and it happened on long inclines also, dry conditions but when it started it continued for a long time or until the car regained momentum. We turned the traction control off and it has been perfect ever since. I am assuming the sharp corner in the middle of the hill has prompted the problem. Conclusion is unless you need it I would leave it off, we are in Spain and have little bad conditions.