If you've decided to up your emergency preparedness game, good for you! You've invested, bought an excellent generator for backup, and now you feel ready for anything Mother Nature can throw at you! Then it happens one day—a storm is predicted, and the power could go out anytime. You get the generator out, ready, and in place. But just having it isn't enough—how do you start the thing, anyway?

Regardless of the model, most Troy Bilt generators (and portable generators, period) operate through the same basic steps. Turn the fuel valve on and if there's an engine on/off button, flip that too.  Choke the engine, and start it up—with an electric start button or a pullcord. Once running, ease the choke off into the "running" position. It's a pretty simple process of only a few steps because who wants to fiddle with a motor in an emergency?

Keep reading to learn exactly what safety precautions you need to take before starting the generator. We'll cover how to start a few different models and even provide some useful videos. We'll cover some specs on the more popular models and give you some Troy Bilt generator ratings and reviews. Finally, we'll explain what to do if your generator runs but doesn't charge and how to flash the generator and get it charging again. 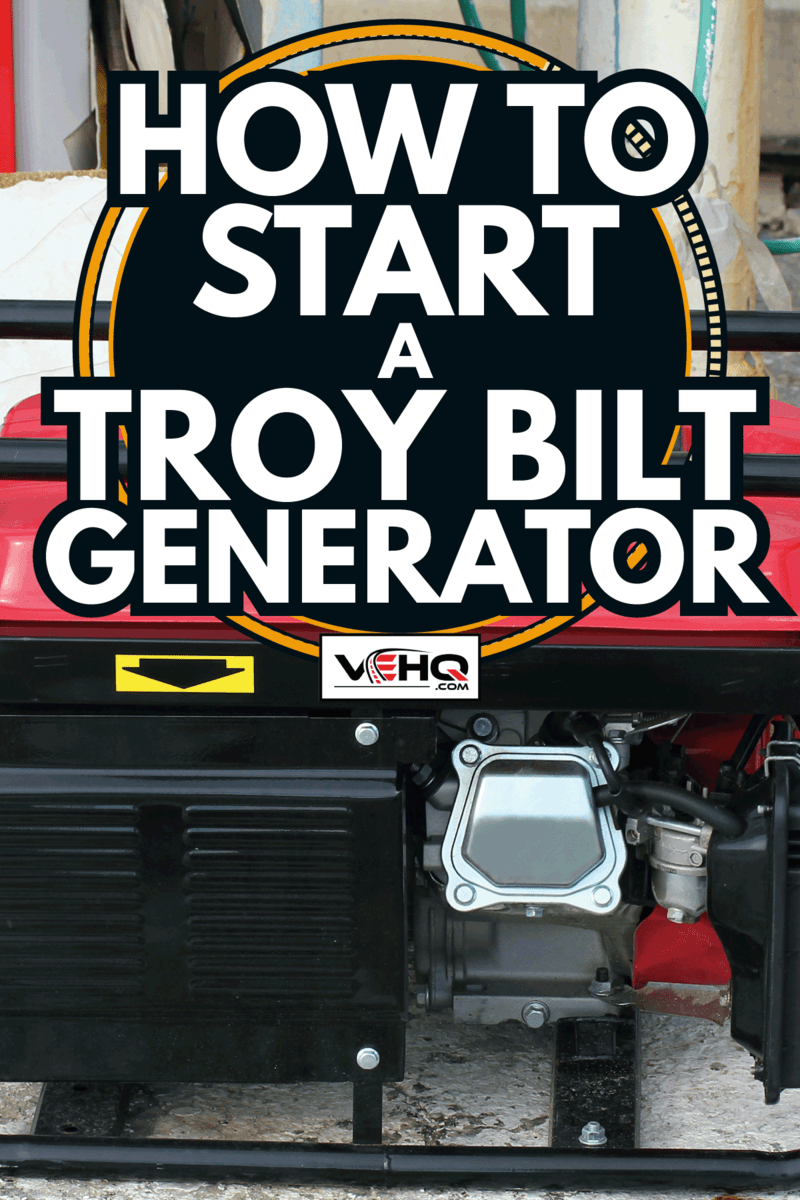 How To Start A Generator

Generators basically are all, more or less, the same. Check the specifics of your manual, of course. But the process is relatively simple and doesn't change much.

No matter what kind of portable generator you have, it should be similar enough to help you out. Each process also has a helpful video, for you visual learners.

How Do I Start A Troy Bilt 5550 Portable Generator?

First, the prep work. Before you attempt the start the generator, make sure everything seems safe.

To start the generator after you've done a safety check on the equipment:

How Much Oil Goes In A Troy Bilt 5550 Generator (And What Kind Of Oil)?

The oil capacity of a Briggs and Stratton 10 hp engine is 28 oz. Do not mix any special additives into the oil. Troy-Bilt recommends using high-quality detergent oil, classified as SF, SG, SH, SJ, or higher.

Be sure to use the correct oil for the temperature. For example, SAE 30 oil is good in most temperatures but can't be used under 40 degrees. 10W-30 is not ideal for temperatures above 80 degrees.

Synthetic 5W-30 is best in all temperatures. While saving money with the cheapest oil is helpful, don't ruin your engine trying to use something that doesn't work for your current weather.

How Long Can A Troy Bilt 5550 Generator Run?

The run time varies, depending on the load that the generator is carrying. Operating on 7 gallons of fuel at a 50% load, the generator can provide 13 hours of electricity. Higher loads will shorten the run time.

How Do I Start A Troy Bilt 7000 Watt Generator?

Like above, first, make sure that the equipment is ready to be turned on. Nothing should be plugged into the generator while starting it. Ensure everything is in the proper place, it has enough fuel and oil, and it's on a level, well-ventilated surface.

Turn the rockers for the fuel to the on position and the breakers to the off position.  Close the choke if the engine has not been run recently.

The 7000 has an electric start, which means there's no need to pull a pull cord. Push and hold the switch in the start position. Do not hold it for more than a few seconds at a time, as it can damage the engine.

If it doesn't start, wait a minute, then push the start switch again for a few seconds. When the engine catches, slowly move the throttle into the run setting.

Is It Okay To Run A Generator Without A Load?

A generator needs to always start without a load. Similarly, always take the load off, unplugging everything before shutting off the generator.

However, while running, it's best not to let a generator sit idle for too long. The generator is producing electricity that needs to go somewhere. So outside of start-up and shut down, always keep a load on the generator.

In most cases, the generator should operate at 50% or greater. Check your manual for specifics on what kind of load your generator can carry. Never let the generator run at a low level for more than 15 minutes.

Running an underloaded generator can cause parts to fail, poor oil consumption, poor performance, and deposits of unburned fuel. The generator may have a shortened life, and the engine is less efficient. 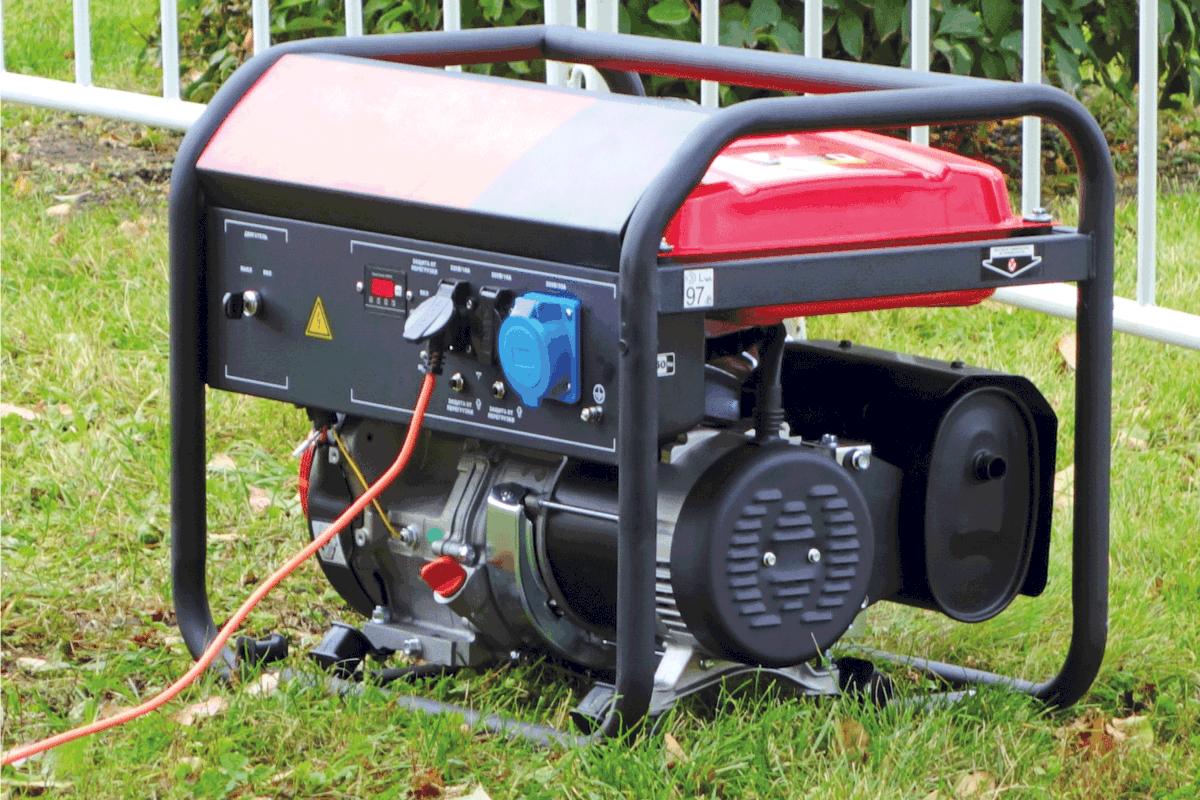 Are Troy Bilt Generators Any Good?

Troy Bilt is a well-known company, which receives mostly excellent reports for its generators. For example, the Troy Bilt XP7000 304477A appears on a Consumer Reports "Best Buy" list. The website 36Ready, an emergency readiness site, gives high ratings to the Troy Bilt 7000 and 6000 on their list rating portable generators.

Even Lowes customer reviews gave most Troy Bilt models an average rating of 4/5 stars or higher. Many people find Troy Bilt generators a good investment,  whether they are consumers or professional reviewers.

In addition, another pro for Troy Bilt generators is that they use Briggs and Stratton engines. Similar to Troy Bilt, these are engines that usually get good reviews and high marks. Parts are readily available due to their popularity, especially in America, where they are located.

One of the most common complaints, on the other hand, is the noise. The engines tend to run quite loud. Since most people save generators for use in emergencies, this may not be a big concern. But if you plan on running your generator a lot for some reason, this might be a downside.

Also, Troy Bilt generators aren't as readily available as they used to be - so if you don't already have one, you may need to consider other brands. MTD Products bought out the company in 2001, and in 2021 Black and Decker announced that they'd be taking over ownership of the company.

With this change-up, generators are currently unavailable at most stores, including Lowes and Amazon. It's unclear what the future holds for generators manufactured by Troy Bilt.

How Do You Flash A Troy Bilt Generator?

Magnetism within a generator allows it to develop voltage as it fires up. If that magnetism is lost or insufficient, the generator may stop producing an electrical charge. Then it will no longer be able to provide power as expected.

You can ignite or spark this magnetic attraction again. However—some people call this "flashing" or sometimes "exciting" the generator. To get it charging, first, turn on the engine and let the generator run.

You'll be able to tell immediately when the generator begins to produce power. When the generator produces a charge, it will kick on the drill since that is plugged in. Be watching for the chuck to start spinning on its own—which is why you should wear safety gloves and always be cautious and observant. 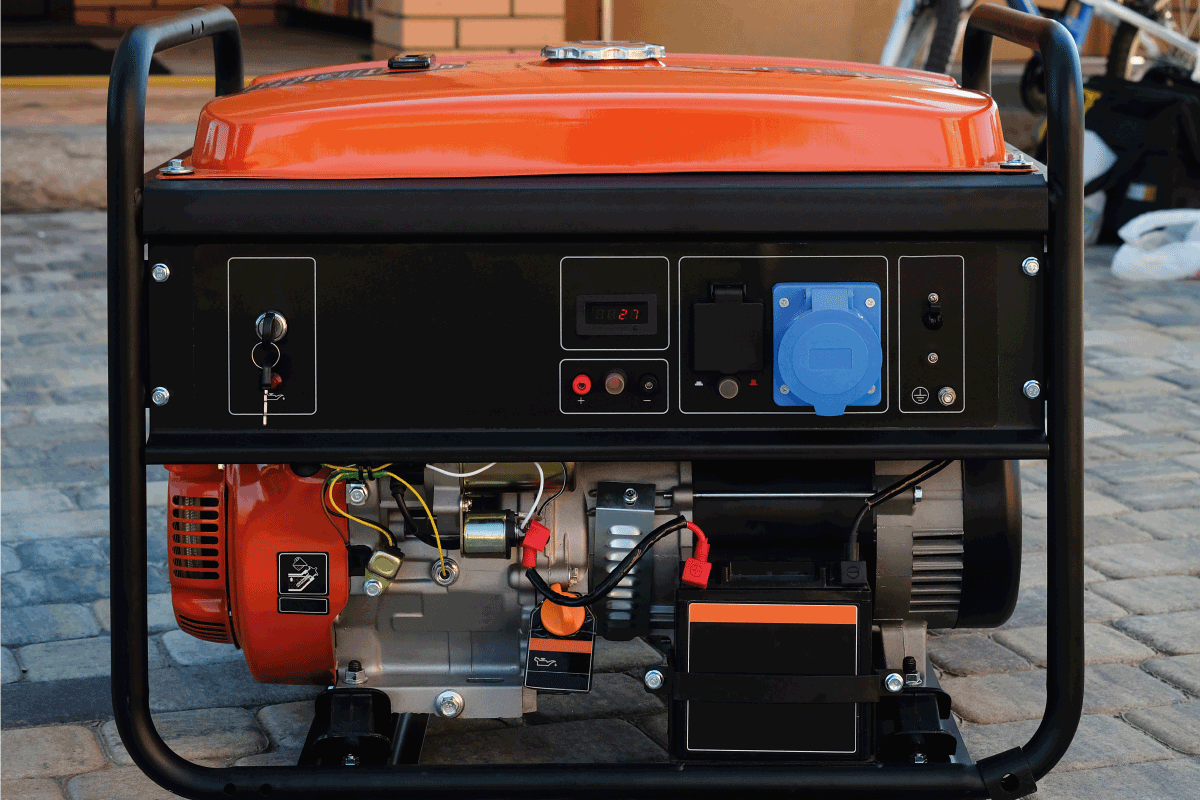 Most generators follow the same basic steps to start. Begin by making sure that the equipment is safe. The generator should be in a well-ventilated area, away from anything combustible. Keep the generator on level, stable ground.

Inspect to ensure the parts are all in order—the spark plug and fuel cap are in place, the machine has enough fuel and oil, and nothing is plugged into the generator.

Then, turn the fuel on and choke the engine. If there's an engine button, turn it on. Some models have a pullcord instead to start the engine. Once running, adjust the choke or throttle as needed into the "running" position.

You can now begin to load the generator, using your manual as a guide to ensure you don't underload (less than 50%) or overload (over 80%) the engine. Remember to unplug everything before turning the generator off and stay safe!

If you enjoyed this article, try:

10 Top Motor Oil Brands - How to Choose Yours