Do you have a 5.7L Hemi and want to know if you can install a supercharger? You've come to the right place, for we have researched this question and have the answer for you.

Keep reading to learn more about Hemi and what happens when you supercharge it below! 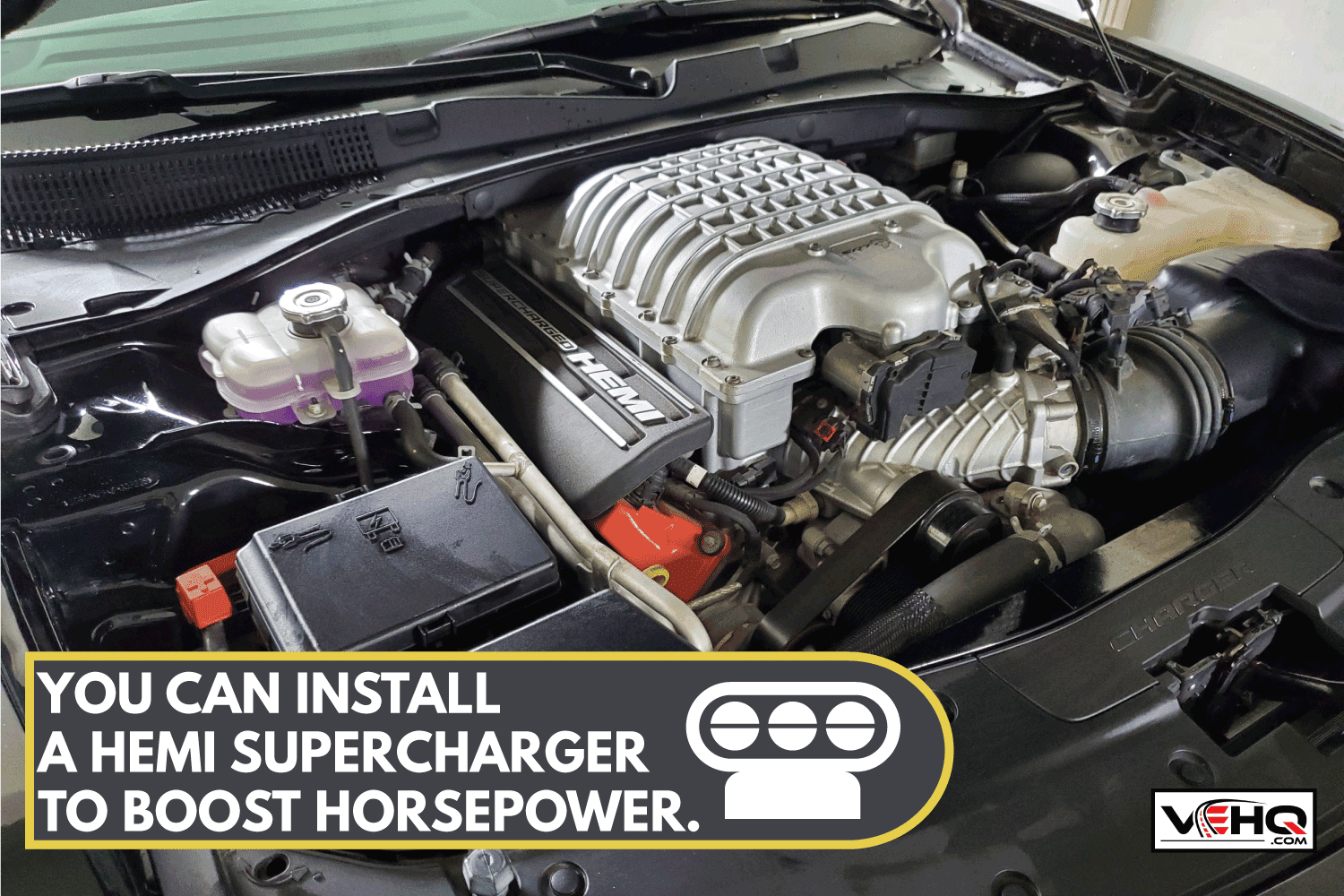 What Is A Hemi?

Hemi is one of the most popular engines from Chrysler. It is the engine for Dodge Chargers, GTXs, and Plymouth Barracudas. But what is a Hemi?

Hemi is the name given to engines with a hemispherical combustion chamber. And Chrysler is not the inventor nor the first to produce a Hemi.

Allie Ray Welch invented the original Hemi from Wisconsin. A two-cylinder Hemi engine was the first that was ever built, and it was made for a boat in 1901.

Alfa Romero, Peugeot, Daimler, and Riley followed soon after. The Grand Prix cars of Alfa Romero and Peugeot all featured Hemi engines. Even Toyota, Mercedes-Benz, and Ford had their own Hemi engines.

Chrysler only started experimenting with the Hemi engine design during the Second World War. They experimented with a V16 Hemi engine that the P-47 Thunderbolt will use.

Unfortunately, by the time the engine was ready for mass production, the war effort was already winding down. Thus, the engine design was scrapped.

Chrysler decided not to waste all that Hemi research, though. So, they developed Hemi engines for their road cars. The first Chrysler vehicle with a Hemi engine debuted in 1950.

What Is A Supercharger?

How Does A Supercharger Work?

Superchargers compress air to increase the amount of air within the same volume. It draws power from a chain or belt that connects to the crankshaft and then goes to the drive pulley of the supercharger.

The different types of superchargers follow the same function of compressing the air. However, they have slightly different ways of doing it. 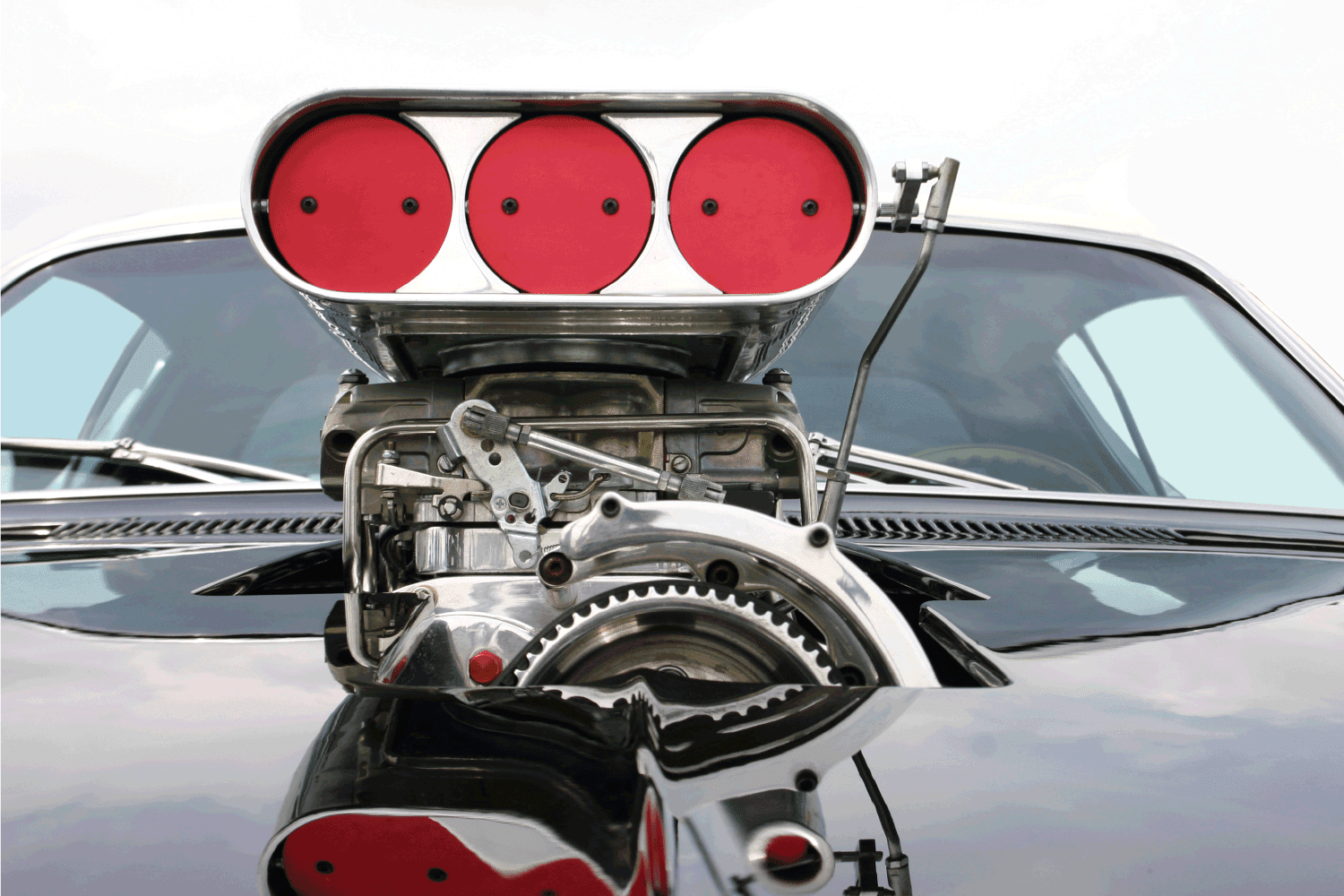 It uses two screw-like rotors that have three or four lobes.

The rotational movement allows the blower to draw in air from one location and then push the air to the opposite end of the rotor.

This movement sends more air to the engine than the engine can take. Eventually, this builds up air pressure in the manifold.

The downside of the Roots-type supercharger is heating. It is the least thermal efficient of the different types of superchargers. It is also bulky and can be a challenge to install.

A Roots-type supercharger, however, is popular with Hemi engines.

Another difference between the two is that the rotors of a twin-screw supercharger can have a different number of lobes.

The Roots-type and the twin-screw produce a consistent amount of additional power throughout the RPM band.

The downside to the twin-screw supercharger is that it is also bulky and often installs on top of the engine. This makes it less thermally efficient.

This type of supercharger is also a popular choice for Hemi engines.

At higher RPMs, the centrifugal supercharger will push much higher amounts of air into the engine and give much more additional power.

One of its advantages is thermal efficiency. It doesn't receive heat from the exhaust because exhaust gases do not drive it. The heat from the engine also doesn't transfer to a centrifugal supercharger because it is not mounted on top of the engine.

Another advantage is its smaller size. It is easier to install because it is easier to find a space to fit a centrifugal supercharger inside the engine bay.

A centrifugal supercharger is not popular with Hemi engines because of the low additional power at low RPMs. 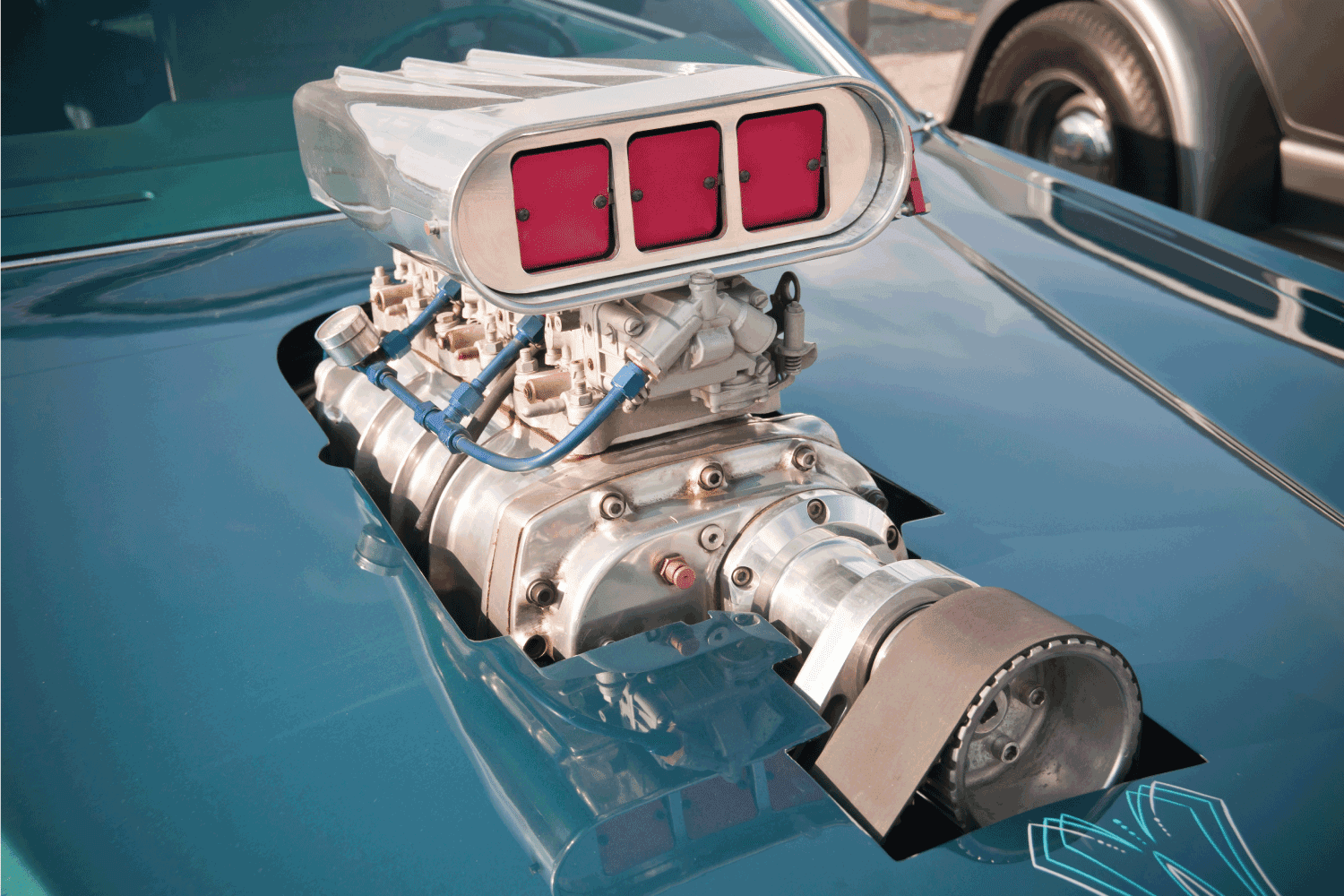 Does Having A Supercharger Ruin Your Car?

The power output of an engine is proportional to the heat that it produces. Thus, the more power an engine has, the more heat it will produce.

This means that the power boost that a supercharger gives your engine also makes it produce more heat.

If your engine constantly produces more heat, you can expect its service life to drop. But fret not. There are ways to mitigate the damage a supercharger can cause your engine.

Let's discuss them below:

Superchargers provide your Hemi engine with a power boost. Think of this boost in power as the additional proportional pressure on your engine.

This means that if you gained 35% additional power from installing a supercharger to your Hemi, your Hemi is also working 35% more than when it didn't have a supercharger.

An increase in the work done by your engine requires that much extra maintenance so that your engine will stay healthy. It is a good idea to switch to fully synthetic engine oil. Always use a high-quality oil filter.

Change your engine's oil at 3000 miles instead of its regular schedule. A harder working engine also uses up oil much faster.

It is also a good idea to regularly check the oil and the oil pressure.

Your engine is now producing more heat, much more heat than a stock cooling system can handle.

Your cooling system must handle the additional heat that your Hemi is producing with the addition of a supercharger.

Consider the following upgrades to your cooling system. 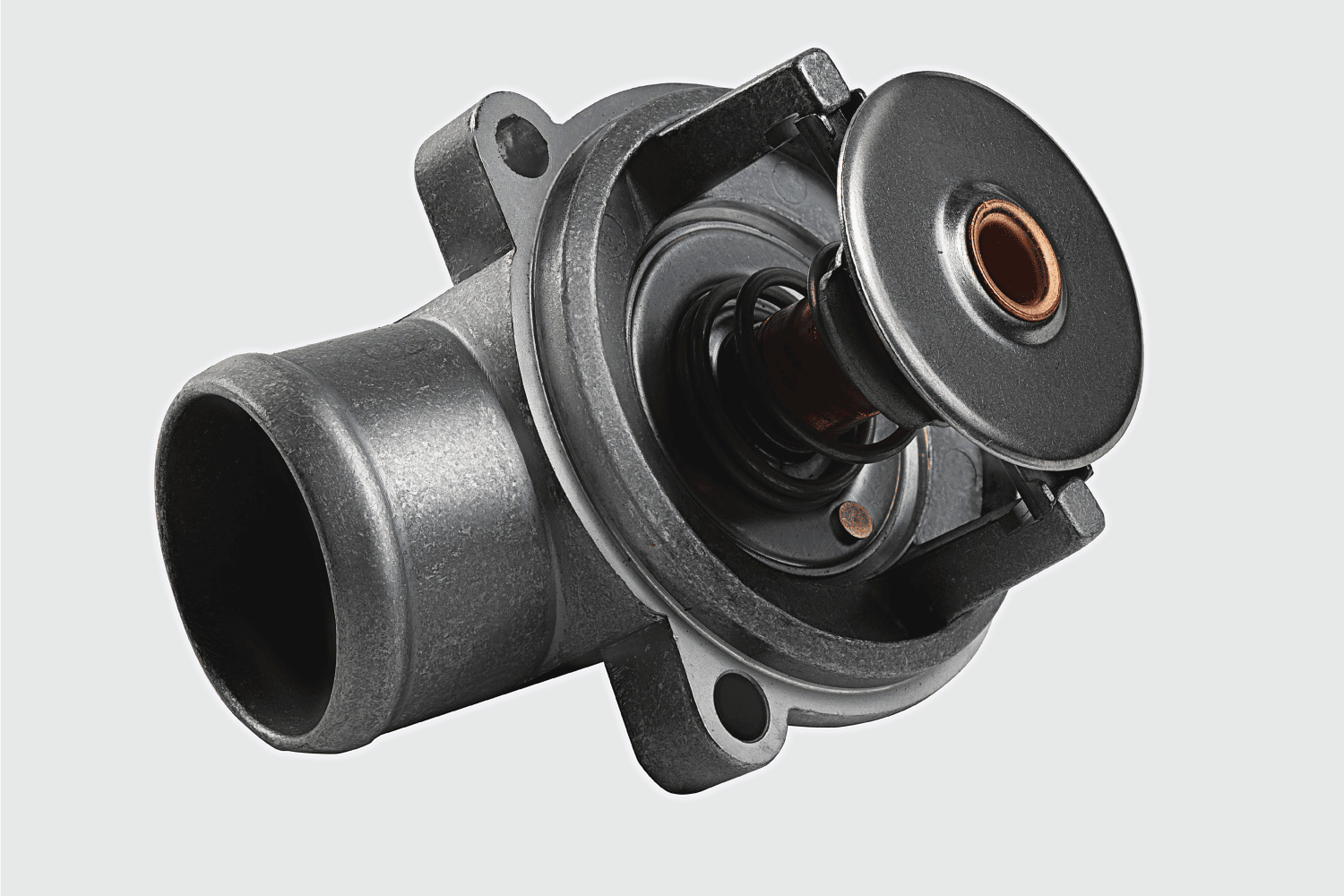 The wax expands at a specific temperature and opens the valve to let your coolant pass through and get to the radiator.

A supercharger causes the engine to heat up quickly, and cooling it early helps slow heat accumulation.

Preventing the Hemi from accumulating too much heat helps prevent detonation.

See this racing thermostat on Amazon.

Monitor the coolant level periodically. Having a hotter engine could lead to an internal coolant leak.

If you notice a significant drop in the amount of coolant, then there is a coolant lean in your Hemi.

Having an engine that produces more heat means that your fuel operates at a higher temperature than usual. This means you need to switch to a fuel with higher octane.

Switch to a better fuel filter to better handle the filtration of the fuel. A Hemi with a supercharger will experience higher fuel flow rates.

Monitor the serpentine belt of your vehicle regularly. Additional movement from an increase in performance can also affect the service life of the belts because they also move more.

Replace the belts once they start to show signs of wear. 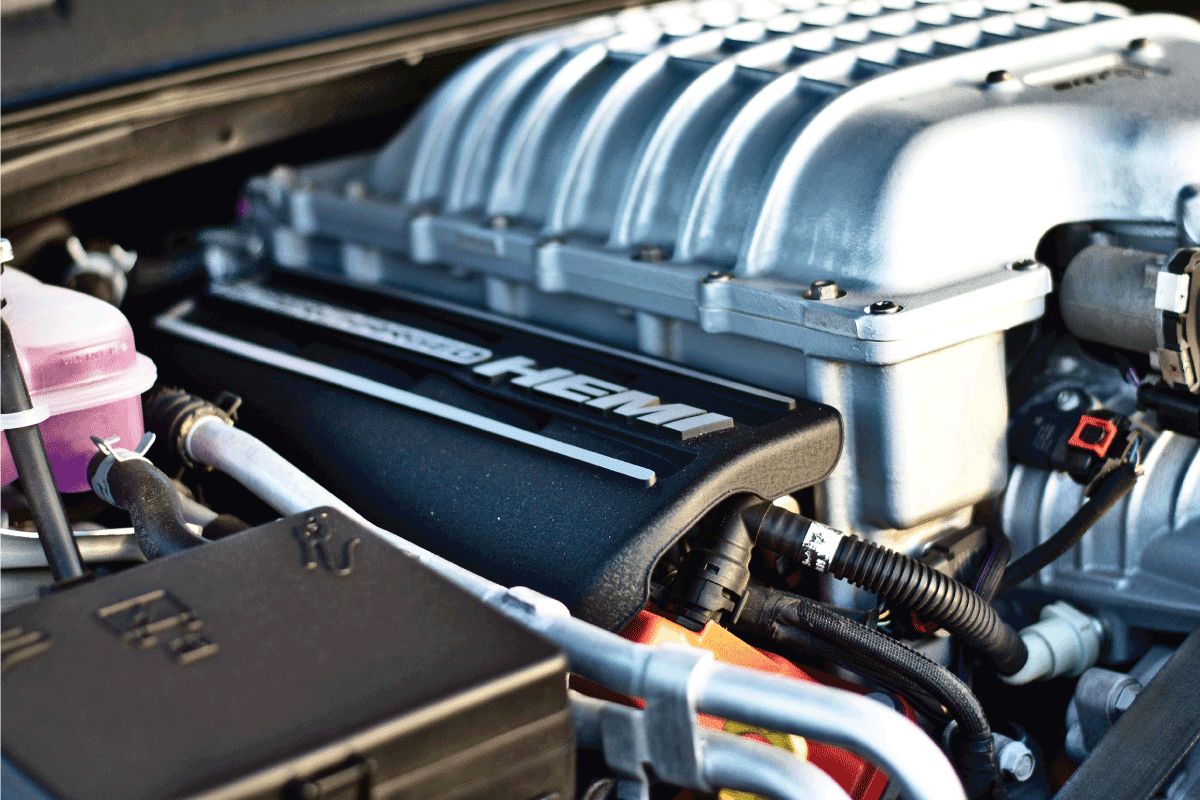 Adding a supercharger to a Hemi—regardless of type—is a popular option to add more power. Choose the type of supercharger that matches how you use your 5.7L Hemi.

Made it this far? Check out these related posts!