If you live in a region with snowfall or if you drive off-road, owning a four-wheel-drive vehicle is handy. However, the problem with road conditions requiring a four-wheel-drive to be engaged usually involves situations that could make things worse by stopping the vehicle. This is why many consumers are wondering if you can switch to 4-wheel-drive while driving?

Before attempting to switch your vehicle to a four-wheel-drive while driving, be sure to check your owner manual. This is due to many vehicles having different requirements and four-wheel-drive systems. Keep reading as we discuss how to switch to four-wheel-drive in popular off-road vehicles, Ford-150, Land Rover, Ram 1500, and Jeep Wrangler. 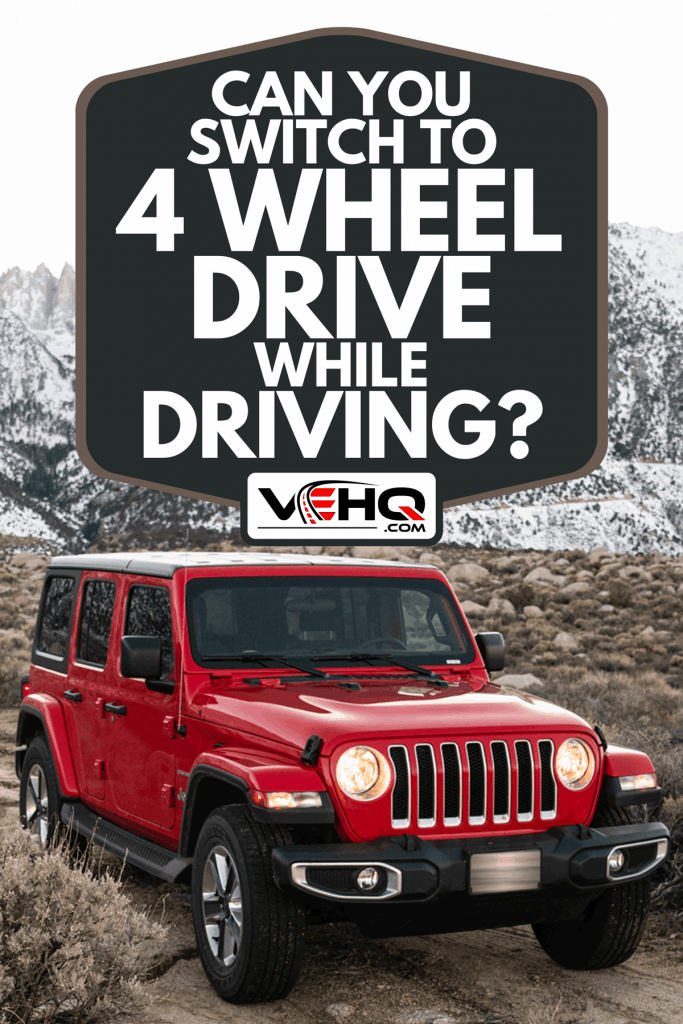 Switching To 4 Wheel Drive While Driving

Four-wheel-drive is needed when the road conditions are causing your vehicle to slide or the tires to slip. When more traction is needed on icy, wet, or muddy roads, switching to four-wheel drive will help keep the vehicle on the road. Additionally, if your vehicle is stuck for any reason, a four-wheel-drive will engage all four tires, making it easier to get the vehicle out.

Four-wheel drive is normally found in SUVs and pickup trucks. This is because they are the vehicles that are typically used in bad road conditions or off-roading due to their higher ground clearance. Sedans usually are going to be all-wheel-drive, front-wheel-drive, or rear-wheel-drive.

For example, some vehicles are capable of switching to four-wheel-driving while driving if the vehicle is going under 60 mph. However, there are several vehicles that will only allow it without the risk of damage if the vehicle is traveling under 25mph. As you can see, every vehicle is different in how the sequence works.

The speed at which you can switch to four-wheel drive on the fly also depends on if you are switching to high or low. For example, most vehicles can be switched to 4H at a higher speed, whereas 4L needs to be engaged at a lower speed or at a complete stop.

Continue reading as we take a look at four popular off-roading vehicles equipped with four-wheel-drive and how their systems work.

Can I switch to 4wd while driving a Jeep Wrangler? 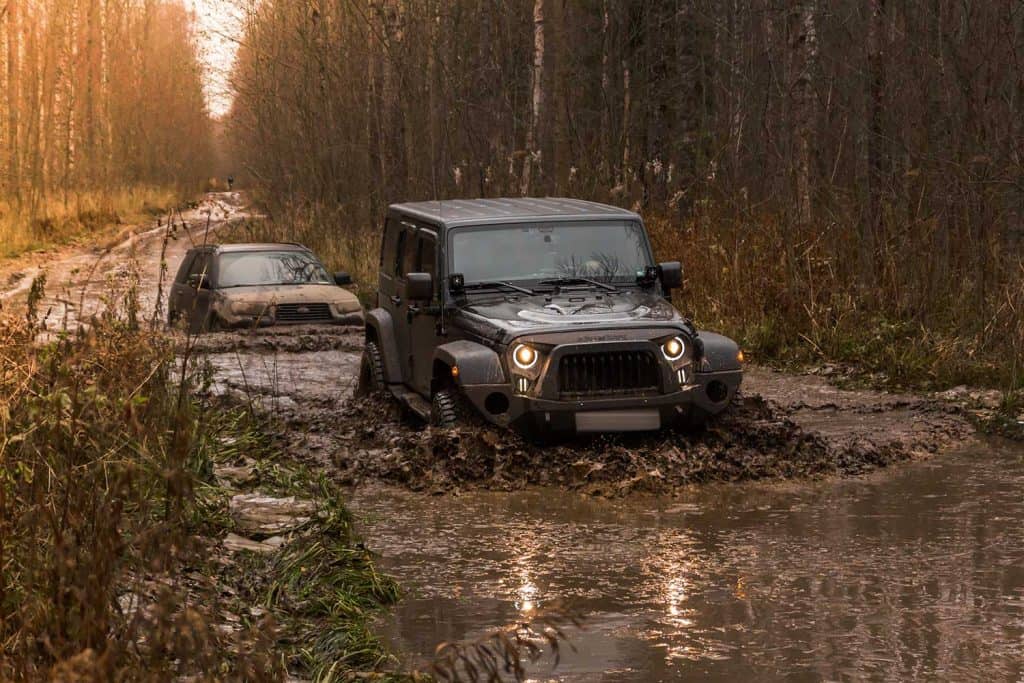 The Jeep Wrangler is a vehicle known for being an off-road warrior. For years, people have found ways to customize their Jeeps so that they are more capable in different types of terrains such as rock climbing, mud, and deep snow.

The Jeep Wrangler can be switched to four-wheel-drive high while driving. In order to do so, the driver will need to maintain a speed between 7 mph and 30 miles per hour. Then and only then, the driver can switch the Wrangler to 4H.

If you need to add traction or descend a slippery hill, it is good to put the Jeep Wrangler into a four-wheel-drive low. Most Wranglers will require the driver to put the vehicle into neutral in order to switch the vehicle to 4L.

Not putting the vehicle into neutral before switching to 4L can cause extreme damage to the transmission and drivetrain.

As we stated above, there are several different types of Jeep Wranglers. For example, the 2021 Jeep Wrangler alone has 14 different trims! Each one is different one their four-wheel-drive systems and how they are operated. 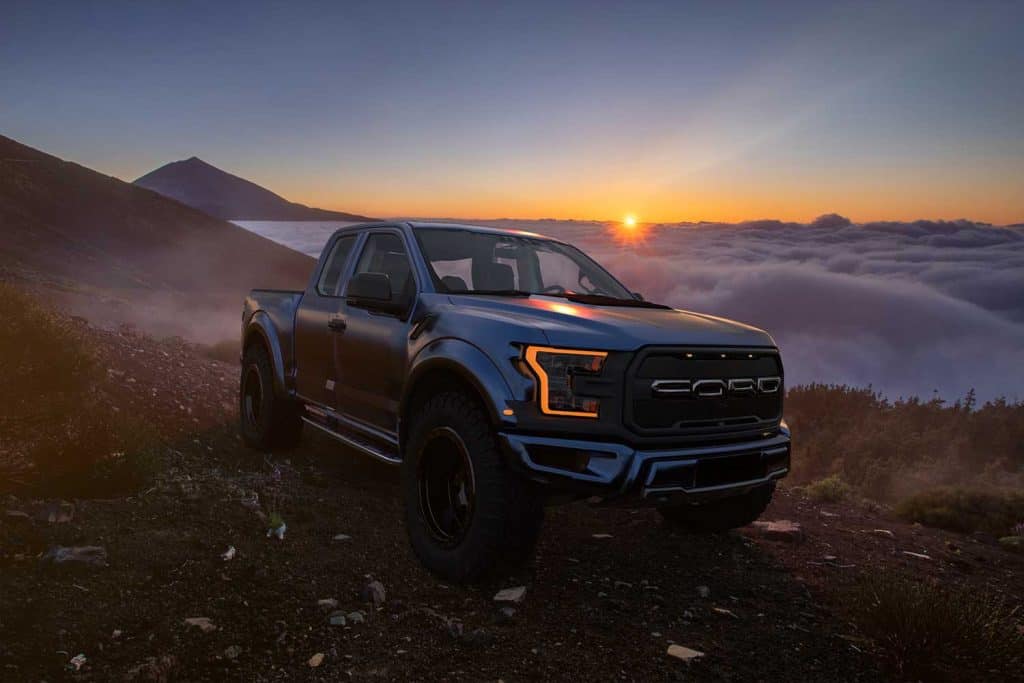 Like the Jeep Wrangler, the Ford-150 is a name in the vehicle market that most people know. The name is popular because the Ford F-150 has been the top-selling pickup truck for several years now.

Its high numbers in sales are due to its smooth driving, roomy cabin, powerful engine selections, and last but not least, its off-roading capabilities.

When you need more traction on the road, you will be glad to know that you can switch the Ford-150 to four-wheel-drive high while driving. In order to do so, make sure that you are going under 60 miles per hour and turn the four-wheel-drive knob by the steering wheel to 4H.

The computer dash will detect when the 4H has been engaged. Do not drive the vehicle over 60 miles per hour while in 4H because it could cause extreme damage to the truck.

If you drive over 25 mph, the 4L will automatically disengage and be put back into two-wheel drive.

Like the Jeep Wrangler, the Ford-150 has several different models, and each one may have different instructions on how to engage and disengage the 4wd system. Be sure to check your owner's manual or with your local dealer for insight on how to properly initiate the 4wd. 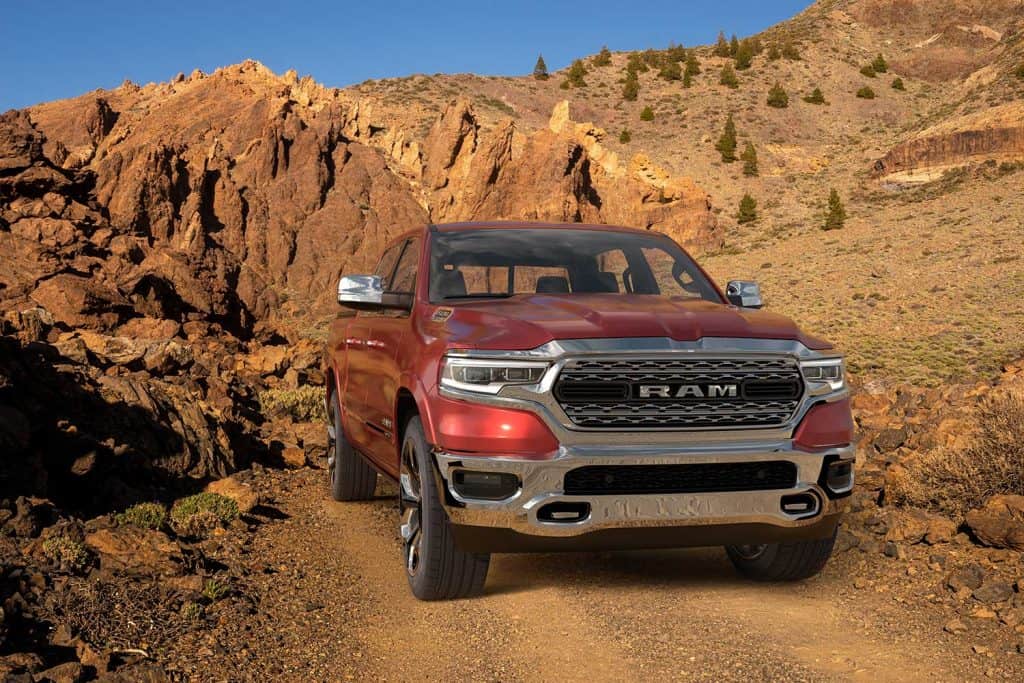 After getting its own brand name in 2009, the Ram 1500 has been showing up in every pickup truck category. Like the Ford F-150, the Ram 1500 has a beautiful ride, plenty of cabin space, and ultimate performance.

In addition to these characteristics, the Ram 1500 also has a great four-wheel-drive system. It is different from the other popular off-roading vehicles above in the sense that it has a 4wd auto setting.

The 4wd auto setting is like 4H in the sense that it will increase traction and can be used at higher speeds, maxing out at 60 mph. So, what's the difference between 4wd auto and 4H?

Well, the difference is that the 4wd auto only sends power to the rear tires until there is slippage. This is handy when driving in unpredictable weather conditions, when one minute it is snowing, and the next minute it is sunny. 4H, on the other hand, sends power to all four tires at the same time, similar to an all-wheel-drive system.

Can I Switch To 4wd While Driving A Land Rover? 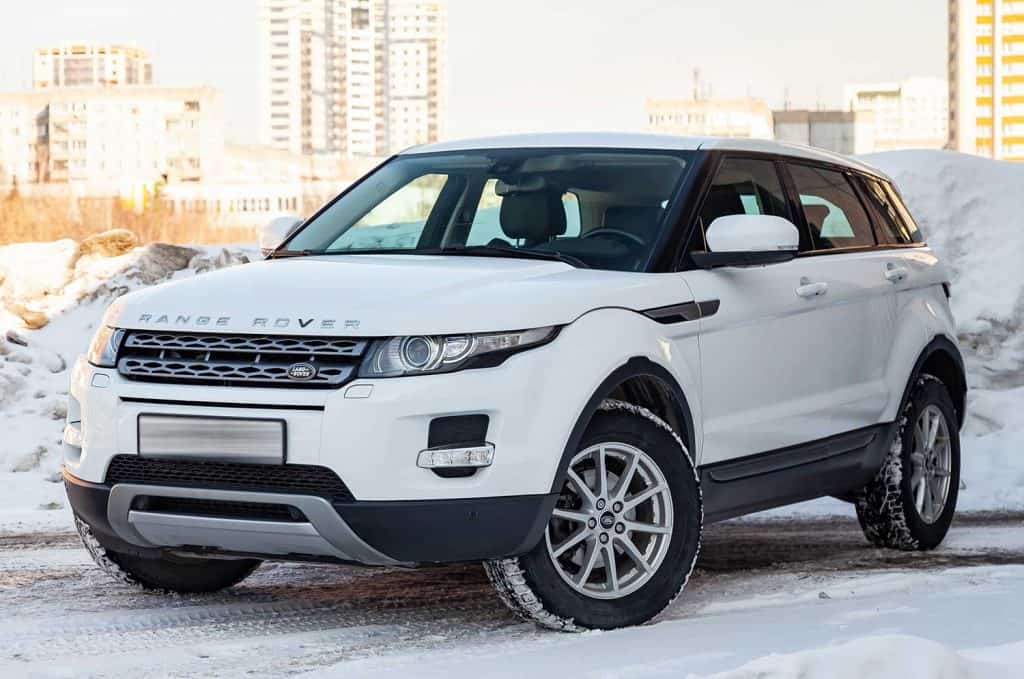 When most people hear the vehicle brand Land Rover, they think of the luxurious Range Rover that turns head when seen driving down the street. However, they don't think right off the bat because the Land Rover has an impressive 4wd system that can get you out or through rough situations.

Like the three vehicles mentioned above, the Land Rover can switch to 4wd while driving. When switching to 4L, the vehicle will need to be going under 3 mph with the gear in natural. Consumers do complain that switching to 4L isn't the easiest to put into gear and takes a little muscle to get it to shift.

Is It Bad To Switch To 4wd While Driving?

As stated above, it is possible with most vehicles to switch to 4wd high and 4wd low while driving. However, switching to either 4wd gear needs to be done properly as stated in the owner's manual. If the vehicle is traveling at a higher speed than recommended, then severe damage can be done to the vehicle's drivetrain.

Unlike 4wd high, 4wd low should only be used in difficult situations when off-roading. For example, if you are taking a Jeep in an area where you have to cross a muddy water hole, then that would be a prime time to switch to 4wd low. Another situation where 4wd low is handy is when the vehicle is stuck in deep snow or mud and needs extra torque and traction to get out. 4wd low is used at speeds under 10 mph and shouldn't be driven over that speed to ensure no damage is done to the vehicle.

Is It Bad To Drive In 4wd All The Time?

No, it isn't bad to drive in 4wd high all the time if speeds are maintained typically under 60 mph. However, the max speed for a 4wd high varies per vehicle. 4wd low shouldn't be driven over 10 mph, but some newer vehicles will automatically switch the vehicle out of 4 low to avoid damages to the vehicle.

How Fast Should You Drive In 4wd?

How fast you should drive in 4wd will depend on the 4wd system and the vehicle specifications. Typically speaking, most vehicles shouldn't be driven over 55-60 mph in 4wd high and nothing over 10-15 mph in 4wd low. Check with your owner's manual or local vehicle dealer for more information on your vehicle's 4wd system requirements.

Switching to 4wd while driving is possible on most vehicles and, in doing so, is pretty straightforward. However, it is important to check the owner's manual on any vehicle before switching to 4wd on the move. Switching to 4L in specific is a more complicated process and, if not appropriately engaged, can possibly cause damage to the vehicle.

Is The Honda Ridgeline A 4wd?

Do Any Minivans Have 4wd?

When Should You Use 4wd? (Four-Wheel Drive Guide)

Thanks for sharing this great advice, I was thinking of buying an SUV which has both 2& 4 wheel drive. I'll ask this from the dealer.