Whenever your vehicle is making noises that you're not accustomed to, it can be an unnerving experience. In a Tesla, there are a variety of beeps that drivers have discussed on forums dedicated to this car. Why would a Tesla beep while it is in motion, and what should you do about it? We researched this vehicle in depth so that you'll know what these beeps mean and what actions you need to take.

There are several reasons your Tesla will beep or chime while driving. The most common reasons are:

Now that we know the most common reasons a Tesla will chime or beep when being driven, we'll take a more detailed look at them. You might also be curious about what would trigger a Tesla alarm or if a Tesla can be tracked if it is stolen. For the answers to these questions and more, read ahead in this post to see what our research has uncovered. 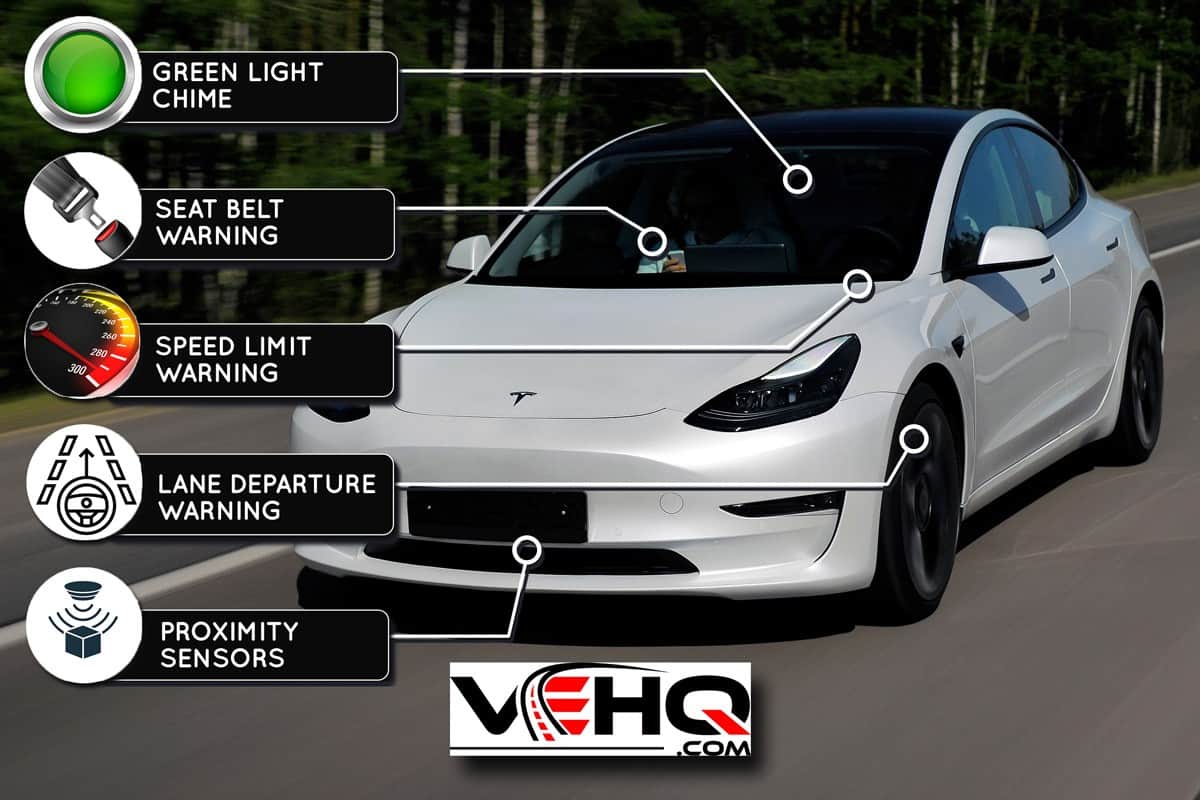 The Chimes And Beeps In A Tesla Explained 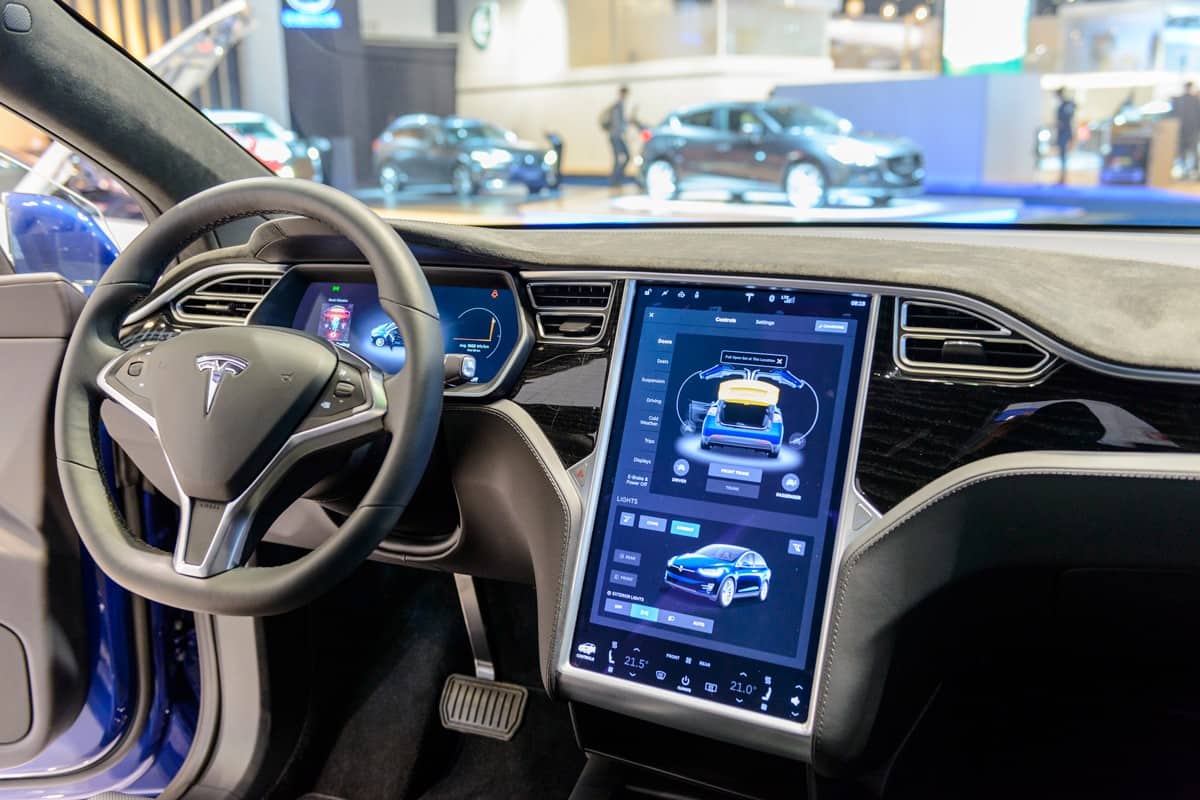 When you hear a beep or a chime in your Tesla, there can be several causes. While any sudden noise should warrant your attention, these chimes don't always indicate a serious problem.

If you hear a beep, refer to the reasons we listed earlier in this post. For a more detailed explanation of these sounds, keep reading this section.

Your Tesla has 8 cameras and 12 sensors on the exterior, each of which contributes data to the AI on board the vehicle. The proximity sensors will detect objects, whether still or moving, that your Tesla is getting too close to.

When your proximity sensor makes your Tesla beep, you'll want to pay extra attention. This could mean you are backing up too close to an object or approaching one too rapidly. Additionally, it might mean that one side of your car is too close to another vehicle.

These sensors were notorious for setting off onboard beeps in some Tesla models when the driver would be maneuvering the vehicle in a drive-thru. These issues have since been solved.

Tesla users indicate that if the "lane departure warning" technology is not turned off that the Tesla will beep during lane changes. This can be disengaged through the settings screen in your car.

When it is engaged, this technology will only beep if you change lanes without using your turn signal. Tesla encourages this feature to be kept activated for safety reasons.

Like most modern vehicles, you will get an annoying reminder if you do not fasten your seatbelt after the car is placed into gear. Though jarring, this beeping is an important reminder that you or your passengers have not yet safely buckled into the Tesla.

Like other beeps and chimes, the seat belt warning should not be ignored. Seat belts save lives, and most drivers find that a reminder is a positive thing.

In addition, you can set the speed limit warning feature to include a chime. This chime can be turned on and off in the settings mode on your screen at any time.

New technology on Tesla models includes a chime when the light turns green. If there is a vehicle in front of you at the stop light, it will chime when the front vehicle is moving forward.

The chime is a friendly reminder that you are now able to move ahead. It serves as one more piece of technology that might one day fulfill the dream of having a fully autonomous electric vehicle.

Tesla is getting closer to this with every upgrade, but it still has some distance to cover before this becomes a reality.

What Triggers A Tesla Alarm? 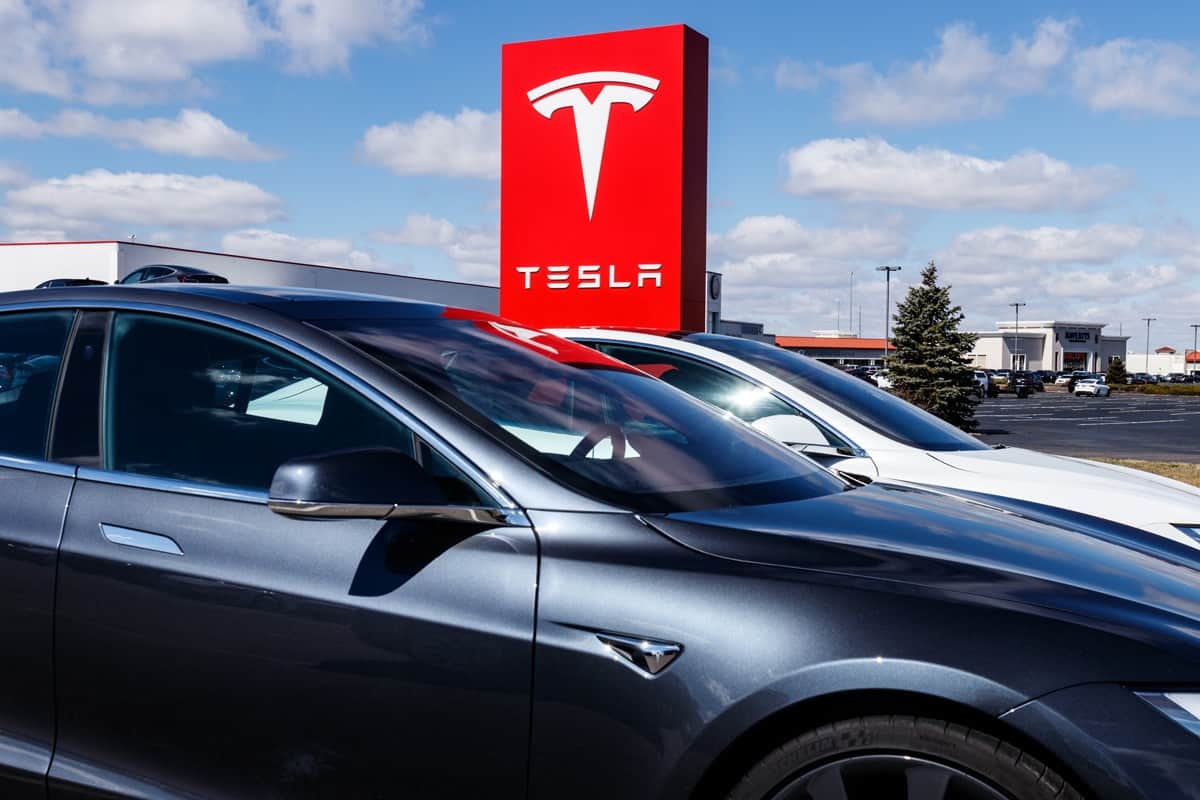 Your Tesla will come equipped with an alarm designed to deter would-be car thieves. This alarm will also function as a panic button that can be activated from your key fob.

The alarm is triggered when a locked door is opened without disabling the alarm. The alarm will also sound if someone attempts to open the trunk space when the alarm is activated.

The alarm will not only make a piercing noise but also make the lights on the Tesla flash on and off. The alarm and lights will remain active until the alarm has been shut off.

How Do You Turn Off The Alarm On A Tesla?

If your alarm on the Tesla is triggered, you will want to shut it off as soon as possible. As with most model vehicles, this can be done quickly and easily. The key fob for the Tesla can be used to do this. Simply press the "door unlock" button once, and the alarm will cease.

You can also turn the alarm off by using the Tesla app if you are away from the vehicle and the alarm is sounding. 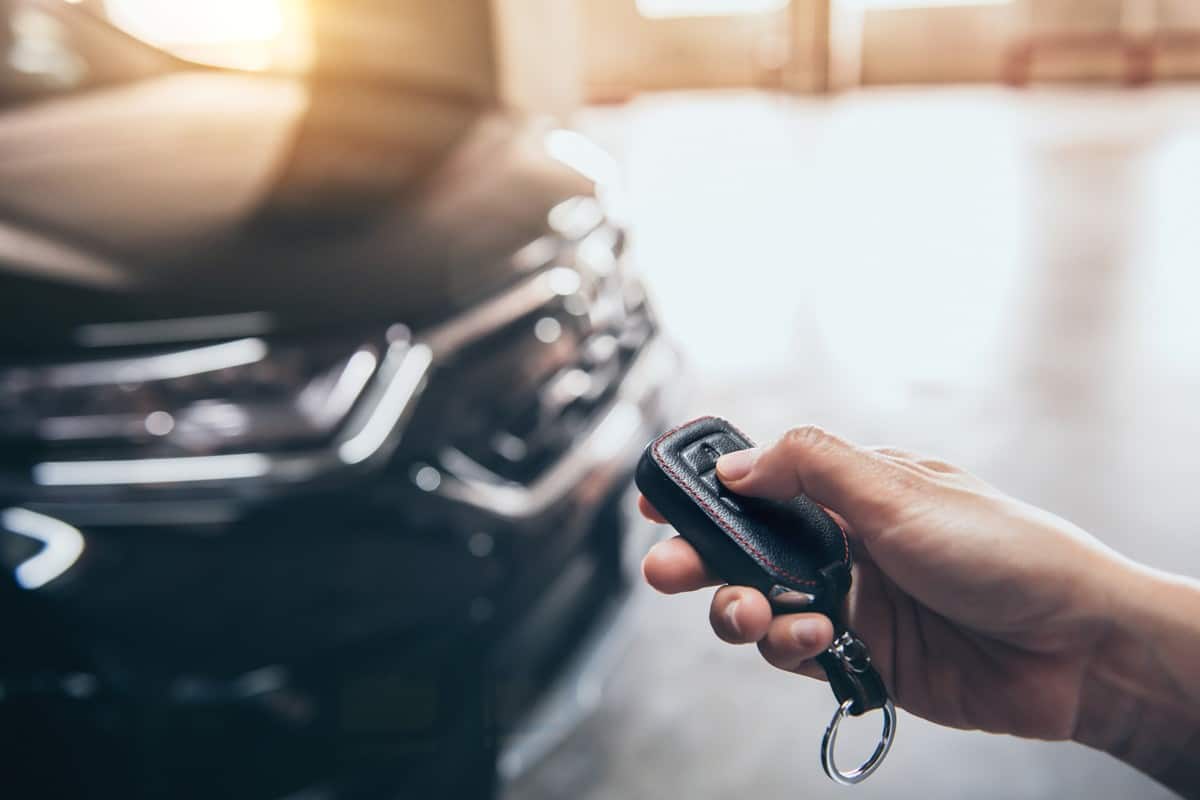 Can A Tesla Be Tracked If Stolen?

Though stealing a Tesla is a difficult task, a determined car thief will sometimes find a way. With auto thefts on the rise in many U.S. cities, you'll want a vehicle that can be tracked if it is stolen. Tesla owners can breathe a sigh of relief knowing that this vehicle is trackable, making it even less desirable to steal.

The Tesla app will track the location of the vehicle. Using modern GPS technology, the owner and police can track the whereabouts of the stolen Tesla, leading authorities to the thief.

Keep in mind that the Tesla will only be able to be tracked as long as it has power. When it runs out of juice or has its power disconnected, it will no longer be able to be spotted using the app. 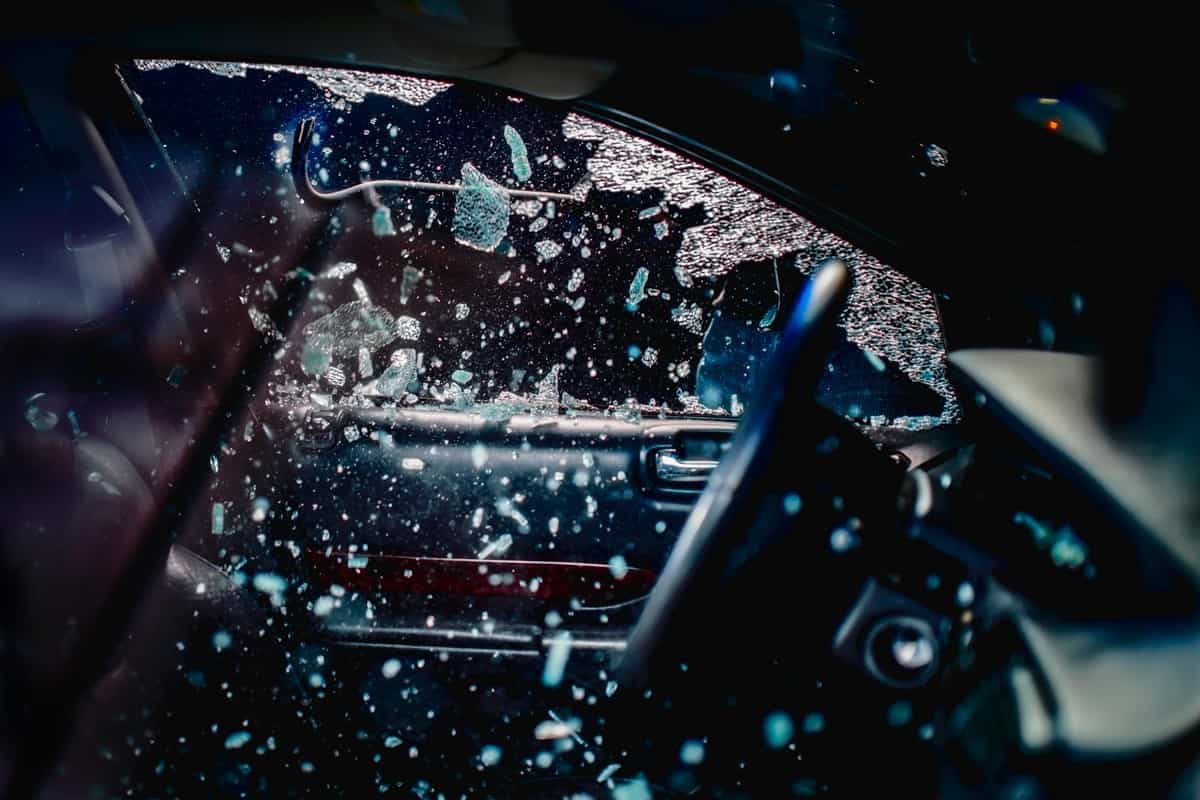 How Long Will A Tesla Battery Last?

If you ever need to replace the battery in your Tesla, you'll be forking over anywhere between $5,000 and $14,000 depending on what model Tesla you own. While this is an inconvenient expense, it is not one that you will have to incur very often, if at all.

Should you be in the market for a used Tesla, keep this mileage amount in mind. Inquire if the battery has ever been replaced, and consider the possibility of having to budget for a replacement battery if you are buying a Tesla with higher mileage. 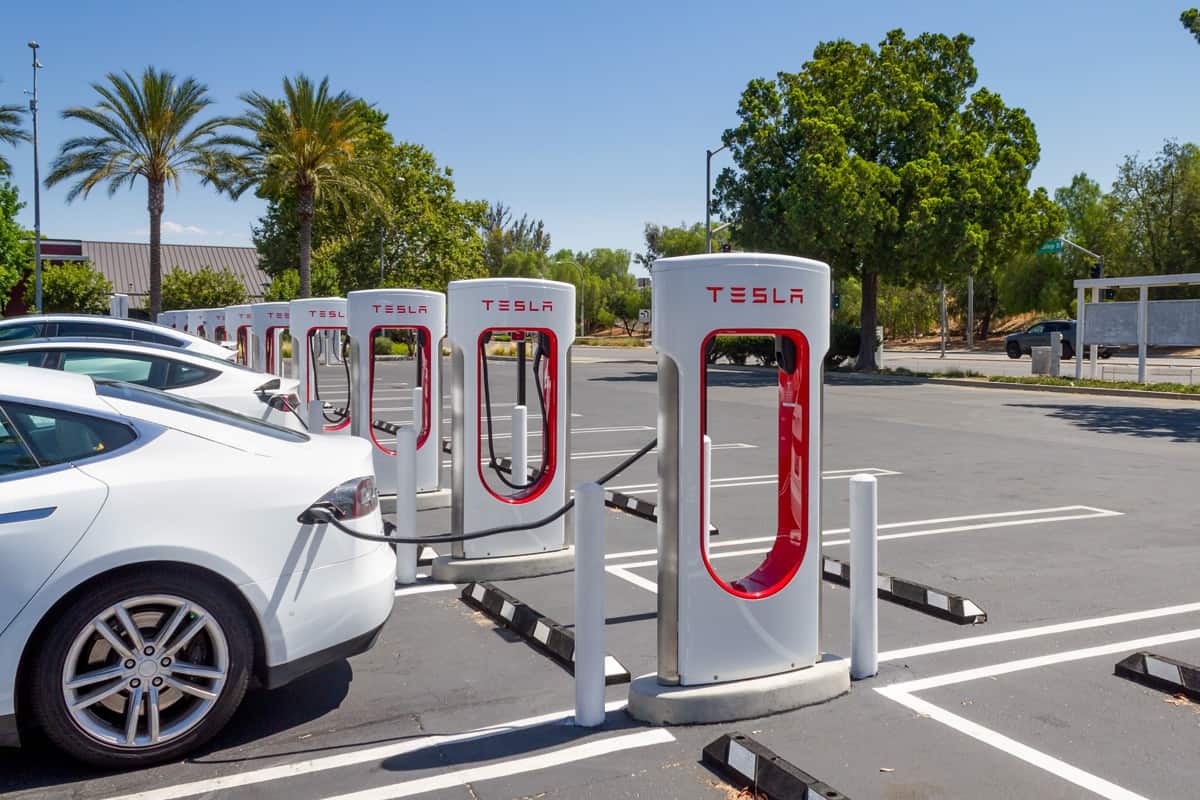 Though the beeps and chimes can be unsettling, they indicate items that warrant your immediate attention in most cases.

A Tesla has a terrific modern security system, making it less desirable for a would-be auto thief. This vehicle's all-electric technology will last a good number of years if you properly maintain and care for it. Drive safe!

We hope this post on the Tesla answered all of your questions. For more helpful information, we suggest reading the following posts:

3 Types of Electric Vehicles (What Every Driver Needs to Know)

Do Electric Cars Need Oil Changes or Other Routine Maintenance?

Are Electric Cars Quieter? [Yes, and Maybe Even Too Quiet!]