The autopilot feature for Tesla vehicles requires an extensive camera system to operate. If you are wondering if the Tesla Model 3 comes equipped with a 360 camera, we can help answer that question. With that said, let's get right into it below.

The Tesla Model 3 does not have a 360 camera. It has cameras installed to give its onboard computer a complete 360-degree view.

Now that we know that the Telsa Model 3 does not have a 360 camera, we'll look closely at the system installed on this popular vehicle.

You might also be curious if the Tesla can drive you while you are asleep or if you can get a DUI with Tesla Autopilot. For the answers to these questions and more, read ahead! 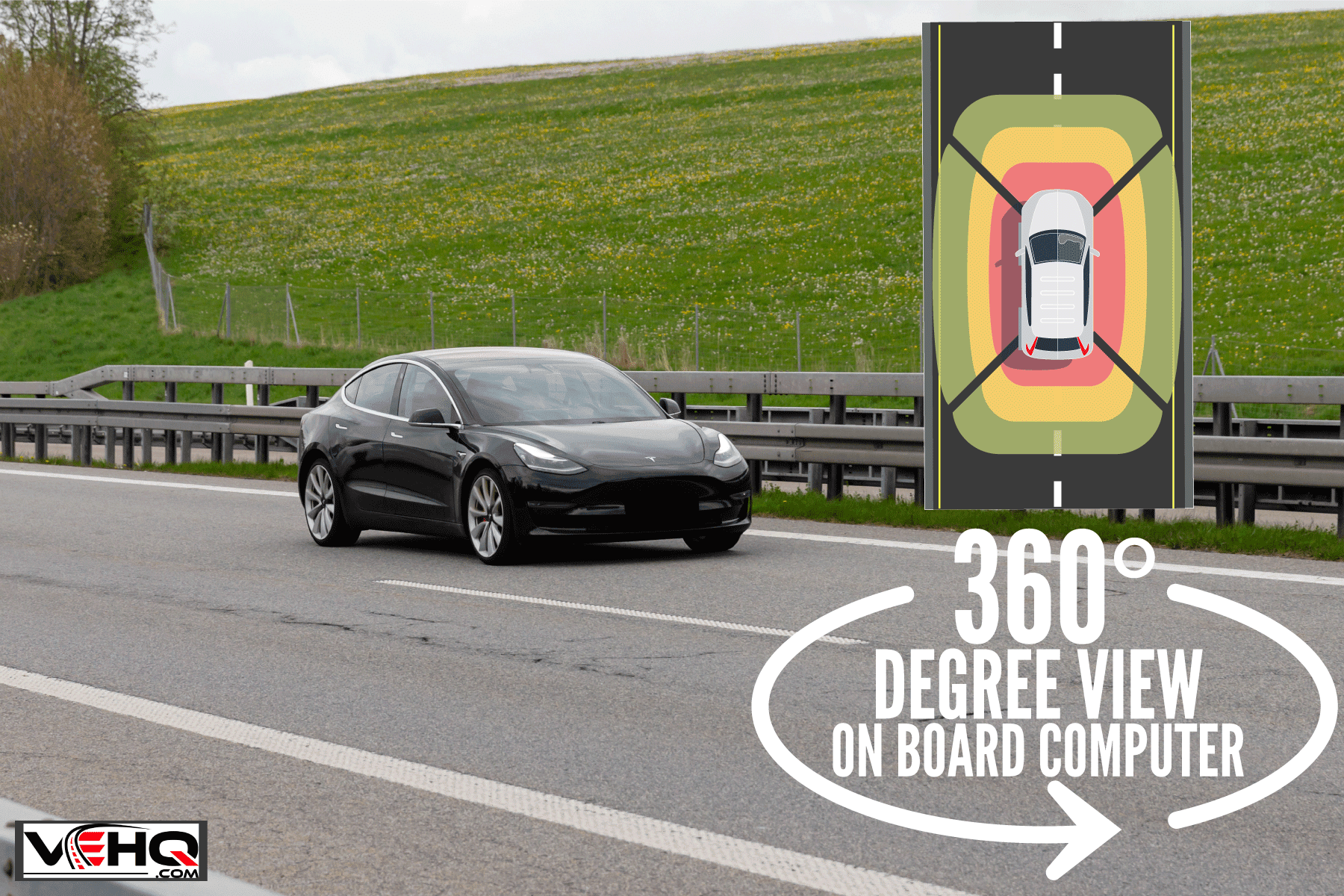 What Does The Tesla Model 3 Camera System Do?

The Tesla Model 3 camera system allows this vehicle to perform various tasks without human intervention. You'll find that Tesla is getting closer to an actual autonomous vehicle if properly equipped. 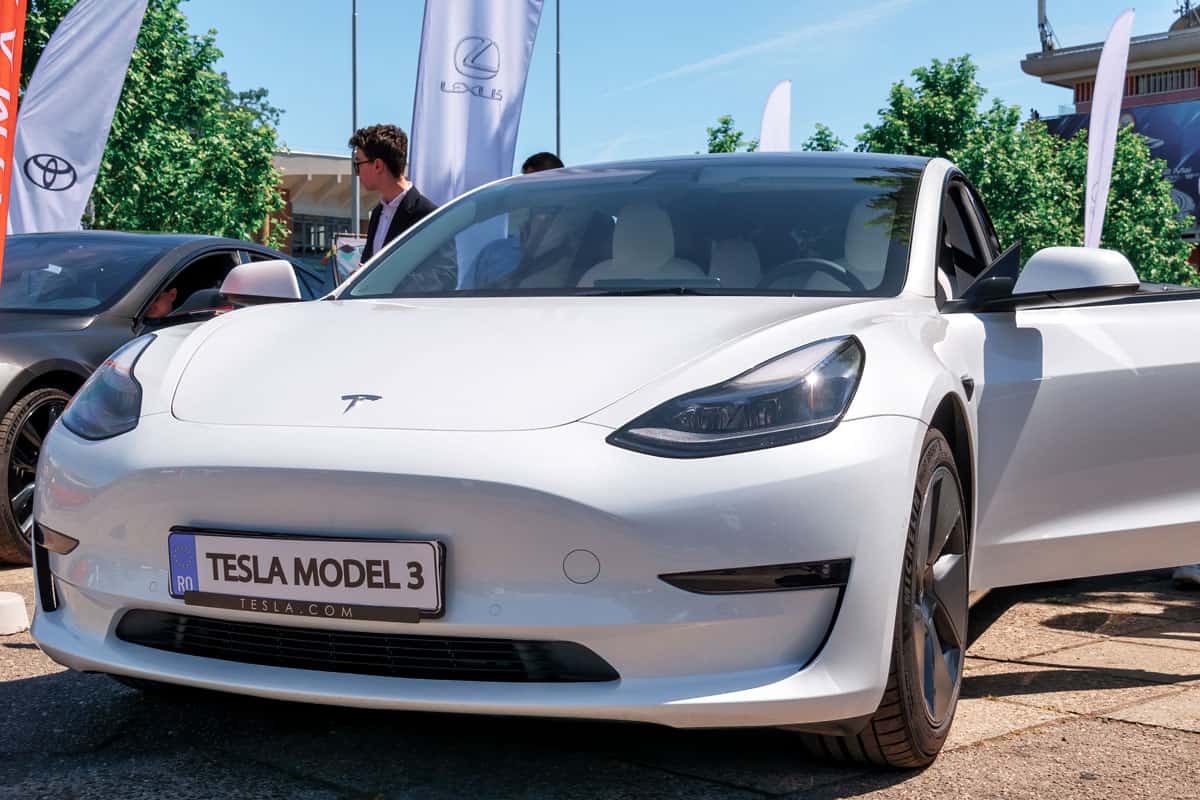 If your Tesla is equipped with Autopilot, your Model three will use a system of cameras and sensors to navigate your route. This feature will enable your vehicle to steer itself.

It will also be able to brake and accelerate within its traffic lane.

When Autopilot is engaged, Tesla will use the cameras and sensors to perform lane changes. The onboard AI will automatically steer your vehicle toward interchanges and exits/onramps that are part of your route.

The cameras and sensors, combined with the rapid processing power of the onboard AI, make it possible for Tesla to autosteer.

Keep in mind that Tesla does not want its drivers to ever take their hands off of the steering wheel, however. This feature is built as a safety measure in case of unexpected impairment.

If you are like many drivers, parking can be quite a chore. Parallel parking, in particular, can be frustrating, especially if the space is a little tighter than you're accustomed to.

Tesla has introduced its Smart Summon technology that alleviates this issue. With Smart Summon, you can have the Tesla park itself in a parking lot or parallel space on the street. But it does more than park your Tesla. 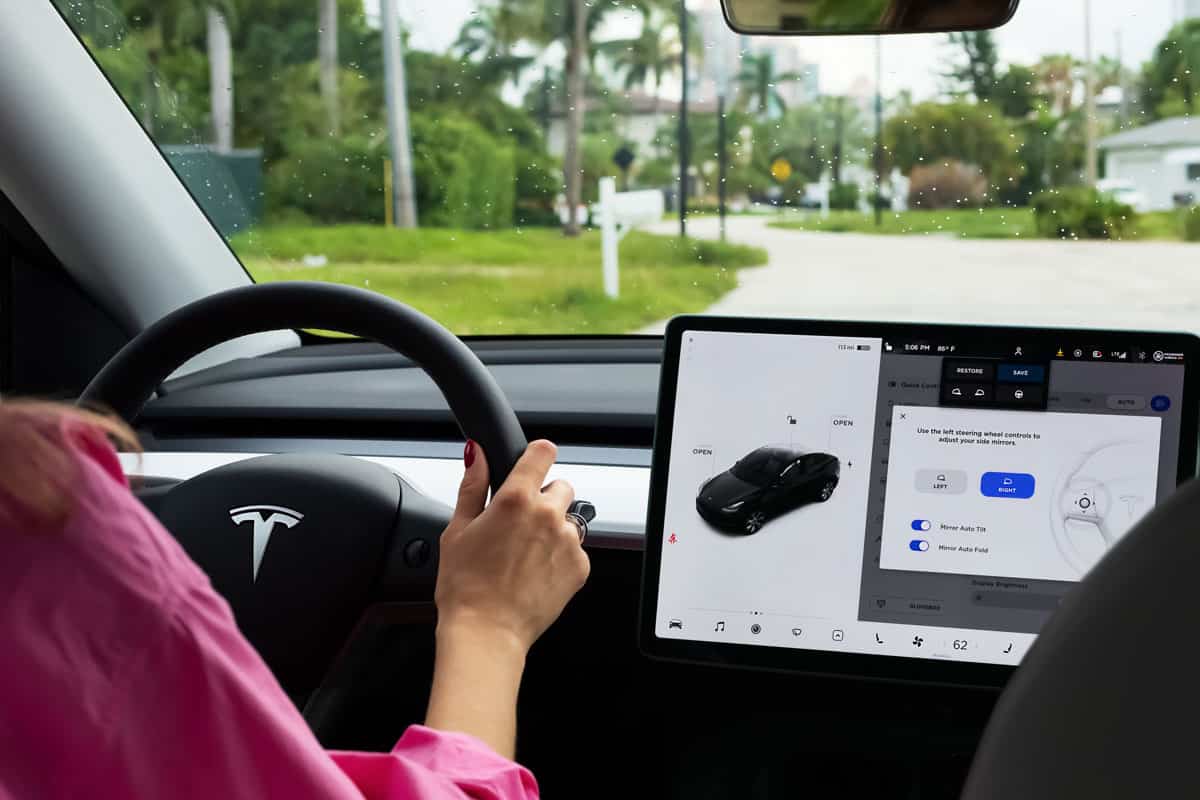 Using the Tesla app, you can "summon" your vehicle from up to 200 feet away. Suppose you are in front of the grocery store with heavy bags and don't want to carry them to your car.

By pushing the "summon" button on the app, your Tesla will leave its parking space and maneuver itself around obstacles slowly and safely until it reaches you.

Before engaging in any of these features, you should carefully read the owner's manual for your Model 3. Ensuring that you fully understand how these technologies work is essential for safety reasons.

How Many Cameras Does A Tesla Model 3 Have?

The Tesla Model 3 has a system of eight separate cameras. These cameras communicate visual data to the AI onboard the vehicle. This data is rapidly analyzed, allowing Tesla to operate many features without your intervention.

The eight cameras work in conjunction with 12 sensors. There are three forward-facing cameras, two facing either side among the B-pillars, and two side-rear cameras.

An additional camera is mounted to provide a rear view from the Tesla. 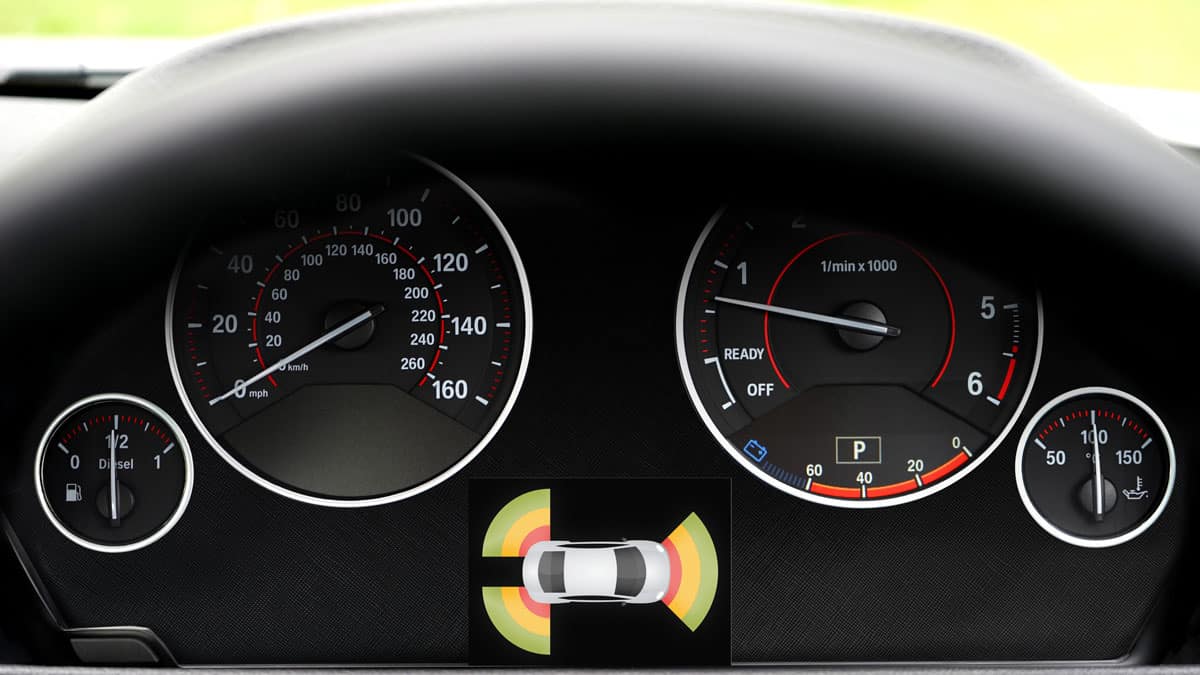 As the technology is developing, there may be a need for additional cameras and sensors. But for now, the system Tesla utilizes suits its purpose quite well.

Can A Tesla Drive Itself While You're Asleep?

You might see some daredevil types post YouTube and TikTok videos of pushing Tesla's Autopilot to its limits. While there are ways to trick the AI (for safety reasons, we won't discuss them in this post), you should always remain alert, sober, and ready to intervene when your vehicle operates in this mode.

You should never take a nap while your Tesla is operating with its Autopilot feature. Even if you can dupe the AI, you will expose yourself and others to severe injury or death by not remaining alert.

Tesla even states in their owner's manual that you should always keep your hands on the wheel, even with Autopilot on.

Stay awake when you drive! Maybe one day, we'll be in an age where real self-driving cars are a safe reality. But we're not there just yet.

How Long Will A Tesla Go On Autopilot?

Tesla has engineered its Autopilot to perform numerous functions, including lane changing and the ability to follow a mapped route.

But even when this technology is engaged, you will still need to let the system know that you are alert.

After Autopilot has taken over the Tesla's control, you can travel the roadways with your hands off the wheel and your feet off the pedals.

But every few minutes, the vehicle's AI will require you to touch your steering wheel.

And if the AI suspects that you are no longer alert (perhaps asleep), it will give audible prompts that draw your attention back to the road. 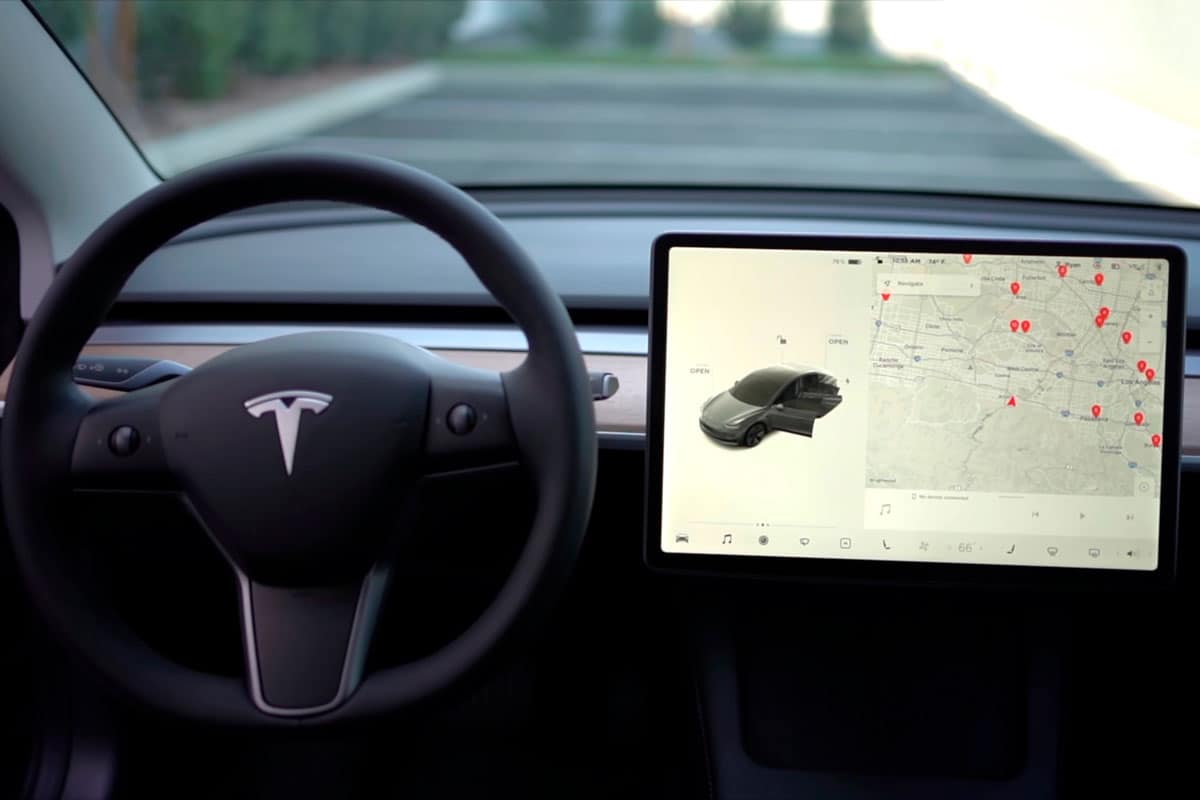 If the prompts are ignored, the Tesla will carefully slow the vehicle to a stop. The AI will also lock you out of using Autopilot for the rest of that trip.

It's important to point out that Tesla does not want you to take your hands off the steering wheel.

Autopilot is to be treated as a failsafe and a feature that takes a lot of human error out of operating on the roadways. It is NOT a fully self-driving vehicle and should not be treated.

Can You Get A DUI With Tesla Autopilot?

If you think you can operate a Tesla impaired and legally get away with it, think again. The Autopilot for this vehicle does not make Tesla autonomous.

It still requires attentive driving. And if you are impaired from drugs or alcohol, you will be subject to a DUI whether Autopilot is engaged or not.

Even with an autonomous vehicle, legal experts warn that anyone in the driver's seat will still need to be functional and sober. 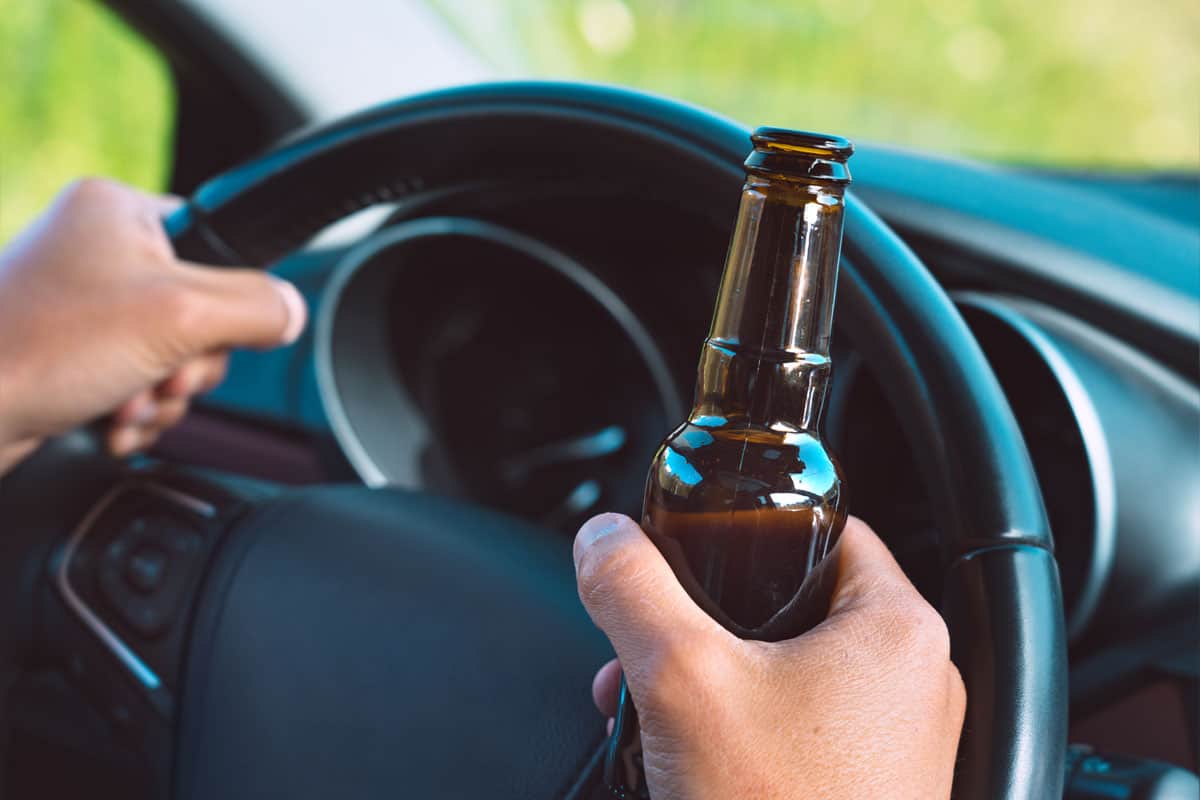 If a software malfunction or other emergency requires the driver's attention, it will be imperative that the driver be able to resume control of the vehicle.

A drunk or otherwise impaired driver will not be able to do so safely.

Even after we enter an age where self-driving vehicles are a reality, you'd be better off not getting behind the wheel unless you are sober enough to operate it. 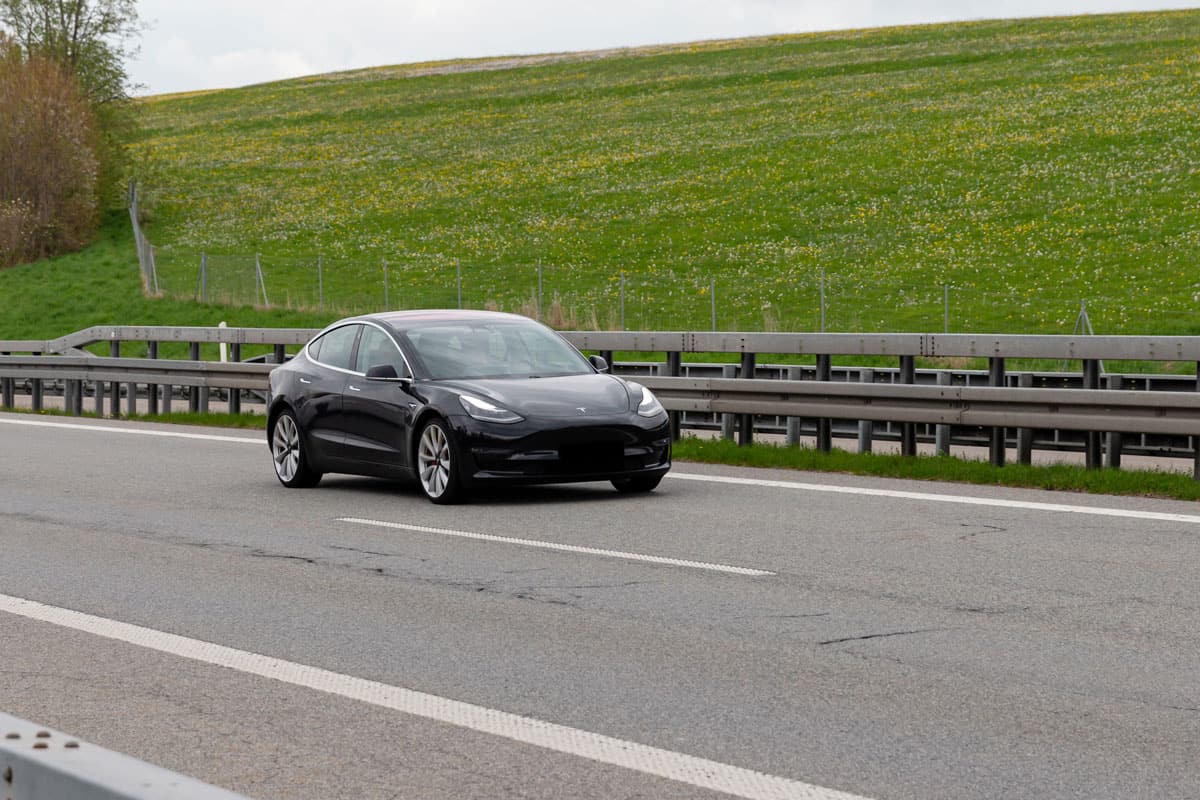 While the Tesla Model 3 does not have a single 360 camera, its system of eight separate cameras works to give the AI on board a complete 360 view.

This will allow the Tesla to navigate in and out of traffic via lane changes, slow itself when approaching another vehicle in its lane, and park/unpark itself.

The Autopilot for any model Tesla is an added feature you can have equipped, but it does not make it an autonomous vehicle. Drive safe!

Made it to the end? Check out these helpful Tesla posts below!

How Much Does the Cheapest Tesla Cost?