The all-electric Tesla vehicles are popular for their longevity, low maintenance, and freedom from the gas pump. But some Tesla owners have reported banging noises that happen when they are charging their vehicles. If you have a Tesla Model 3 and are wondering what is causing this sound, we can help you. We researched this issue at length so that you'll know for sure why you are hearing this sound.

The Tesla Model 3 will make a banging or popping sound as the battery expands while charging. This is a normal sound and isn't cause for any concern.

Now that we know what makes the banging noise when you charge the Tesla Model 3, we'll look at the science behind why this happens. You might also be wondering what happens if you overcharge a Tesla or if it's safe to charge your Tesla overnight. For the answers to these questions and more, read ahead in this post to see what our research has uncovered. 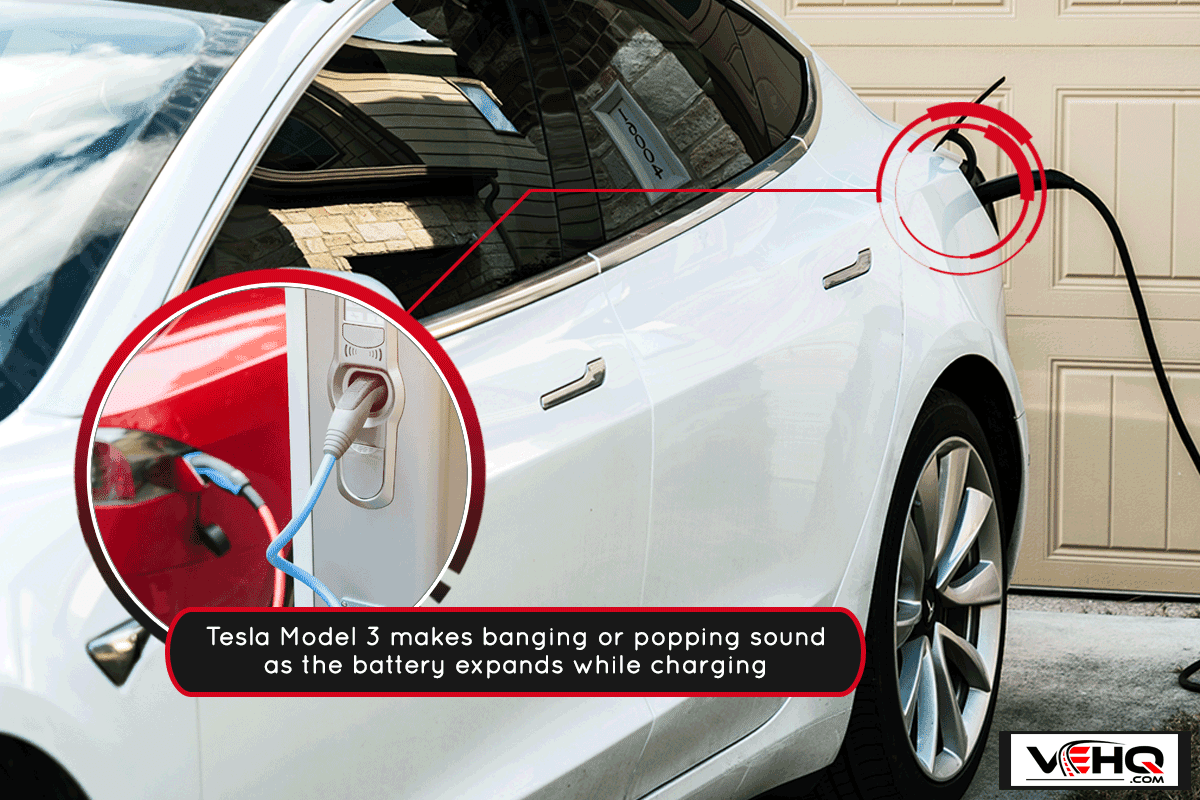 Tesla drivers report that they sometimes hear odd sounds coming from their vehicles when they are charging them. It's sometimes reported as a banging noise, and others will say that they will hear a popping or a gurgling while the car is connected to the power source.

Earlier in this post, we revealed that this is a normal sound. It is from the battery expanding while it is warming up during a charge. It most commonly will happen when the temperatures are lower.

For those who might need a physical science refresher, cold temperatures will make materials contract, or reduce in size. When these same objects begin to warm up, they expand, getting larger. The battery will make noises as it expands, so it's nothing to be concerned about.

What Happens If I Overcharge My Tesla? 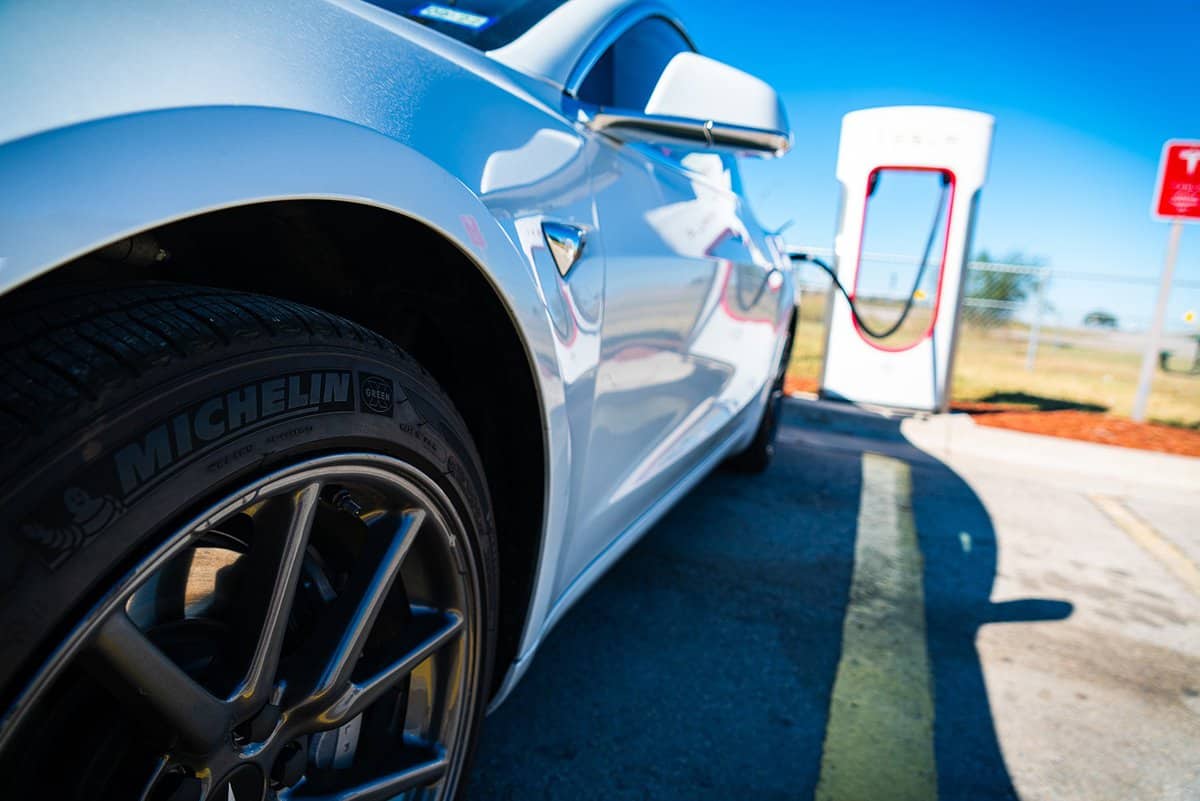 You might think that it's possible to overcharge an electric car battery. While this is technically not true, there is a good reason why you shouldn't leave your Tesla sitting on a charger for too long.

The sensors will shut off the charging when the Tesla battery is charged to 100%. It will go into what is called "trickle charge mode," only giving it little spurts of a charge whenever the battery drains a bit while still connected. This is not a great thing for the battery and will harm it over time.

The electric battery of a Tesla will begin to prematurely degrade if it is constantly charged to 100%. Electric car batteries are meant to be used and recharged, not left on chargers for long periods. If possible, schedule your charging times so your Tesla doesn't sit on a charger when it doesn't need to.

Is It Safe To Charge A Tesla Battery Overnight? 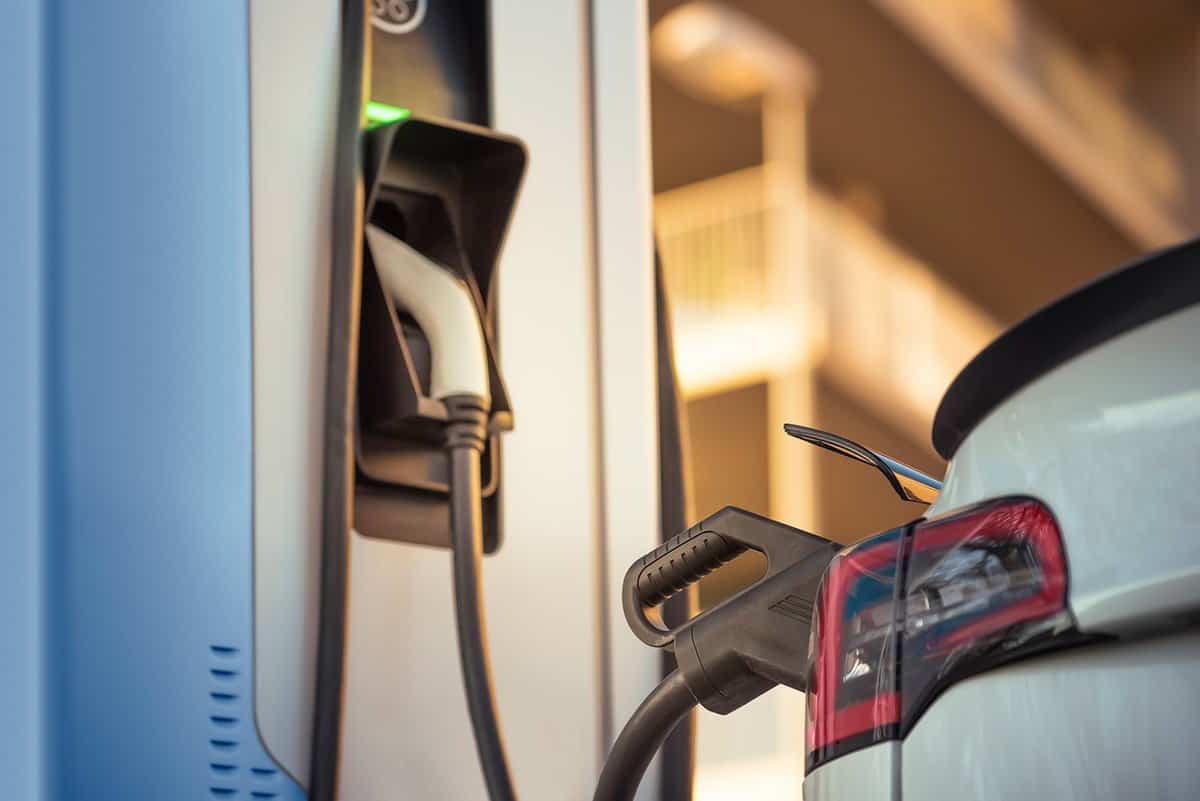 Many Tesla users have inquired about best charging practices. As these vehicles can take a long while to fully recharge, some wonder if it's okay to leave them on a charger overnight. The answer to this depends on how long it will need to stay on the charger to get to 100%.

If you think it will take more time to fully charge the Tesla than you will be sleeping for, it's a great method to charge your car. In fact, many Tesla owners do this because the charging rates are lower during these off-peak hours.

How Long Does A Tesla Battery Last?

A typical car battery will last between three and five years depending on the brand and how you care for it. Replacing these batteries is usually not a big deal, as they are easily accessible and tend to cost between $75 and $200. But it's a different story for all-electric vehicles.

These batteries are a lot bigger and much more expensive. But they do tend to last a lot longer than a regular car battery. If you drive a Tesla, you can expect the battery to last between 300,000 and 500,000 miles before it needs to be switched out.

If you drive 15,000 miles each year, this means that a Tesla battery will make it between 20 and 33 years. Compared to a gasoline-powered vehicle which averages about 10 to 15 years, this is quite a bargain for your money.

How Much Does It Cost To Replace A Tesla Battery? 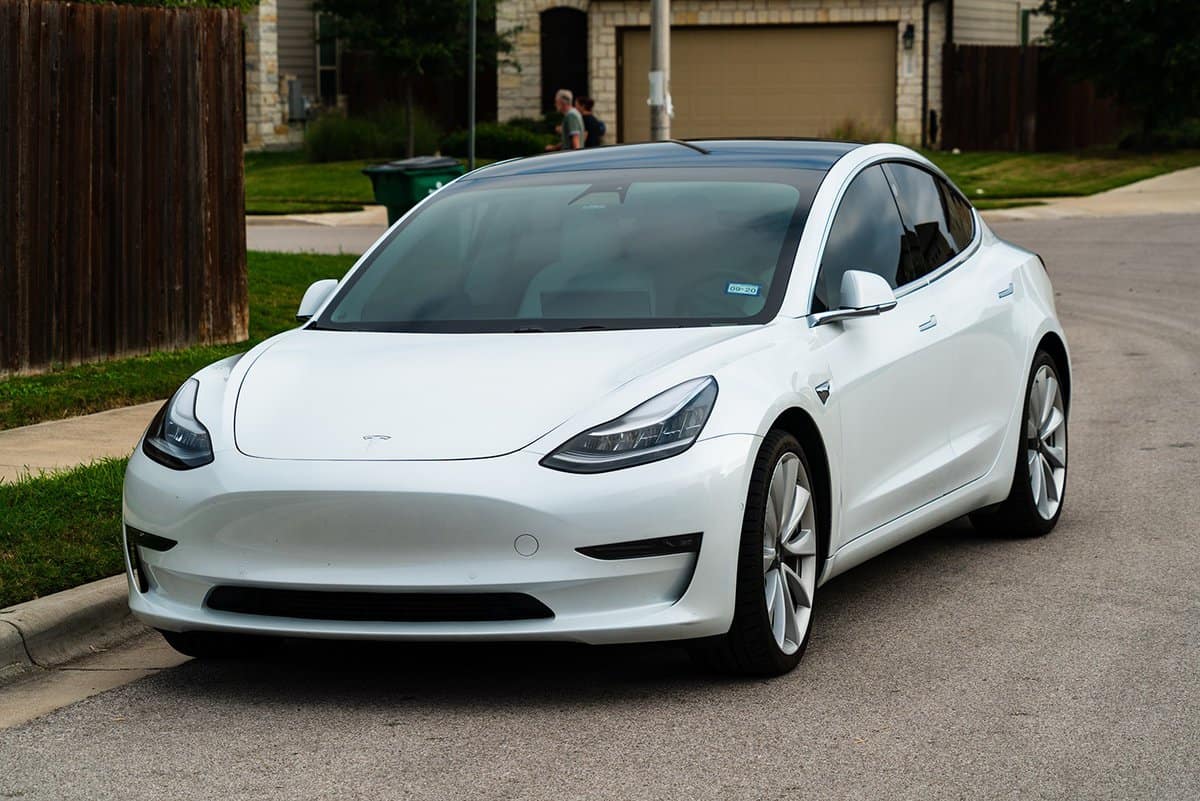 This is especially important if you are in an older model Tesla or are considering purchasing a used one.

The cost of Tesla battery replacement varies by model. You can secure a replacement for a Model 3 for as little as $5,000. But the more premium Tesla cars have batteries that will cost a great deal more.

Some Tesla owners have reported that they've paid more than $14,000 for a new replacement battery. Though this far exceeds the cost of replacing the engine in a gasoline-powered vehicle, it's important to take into consideration that those vehicles won't typically last half as long as a Tesla.

This more than negates the high cost of a replacement battery as well as the premium price Tesla owners pay for these vehicles.

Can You Take A Tesla To A Car Wash? 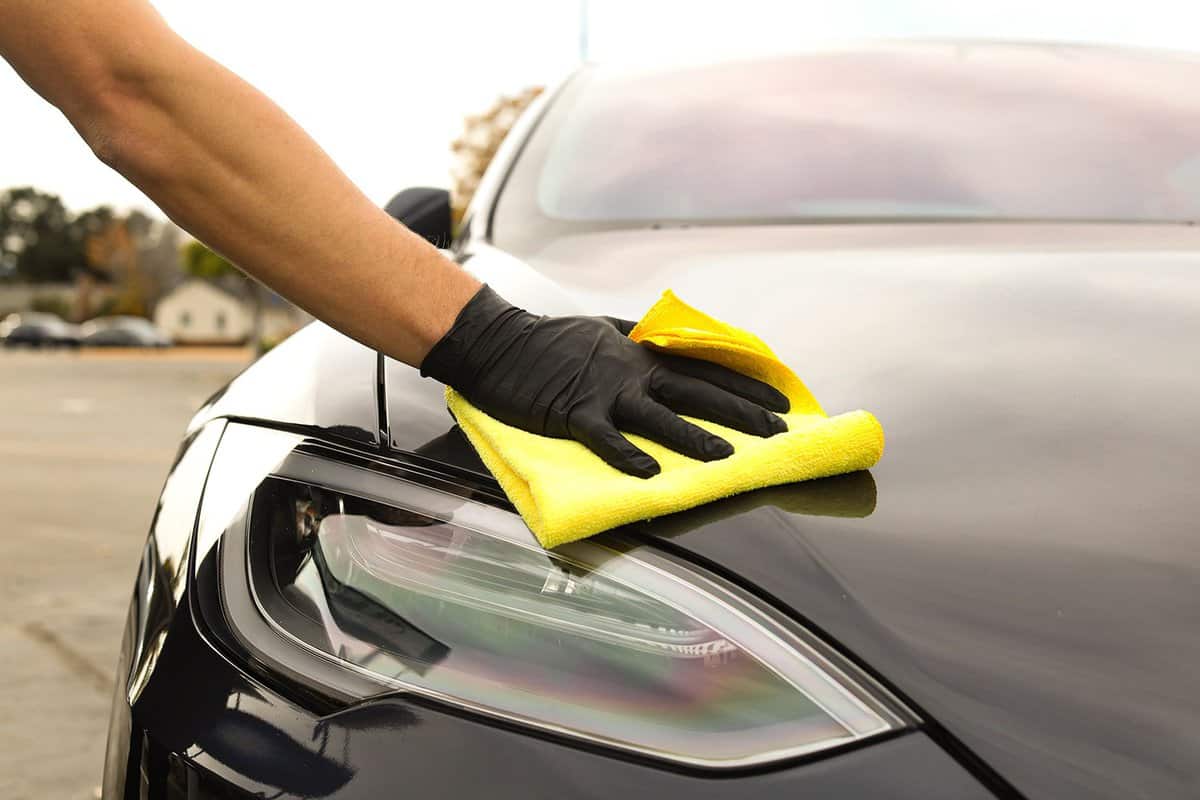 Keeping your vehicle clean inside and out will keep it looking new and will help stave off corrosive chemicals that it encounters on the roadways. So, you know that a Tesla should be washed. The question is how should you wash it?

The best way to wash your Tesla is the old-fashioned way—by hand. Even though this process takes a bit longer and will require that you keep sponges and buckets on hand, it truly is the best way to protect your all-electric vehicle.

Automatic carwashes with multiple brushes and harsh sprays of water might damage your Tesla. It's best to avoid these types of car washes altogether.

Car washes that allow you to park in the bay and wash your vehicle with a water wand are fine, however. Just be sure to stay at least 12 inches away from the car when using a pressurized wand.

You might consider using a waterless method to clean your Tesla. This only requires a few microfiber cloths and an approved cleaner. You wipe the cleaner on, scrub it, and then wipe it off with a clean cloth. One of the leading brands for this is Speed Wipe from Chemical Brothers.

The noises you hear coming from your Tesla while it is charging are a normal reaction to the battery heating up and expanding.

The Tesla batteries are quite costly to replace but thankfully will last up to 500,000 miles before you need to get a new one. Be mindful of how you wash your Tesla, as some automatic car washes can harm the electrical components of this vehicle. Drive safe!

We hope this post on the Tesla Model 3 answered all of your questions. For more helpful information on this vehicle, we suggest reading the following posts: