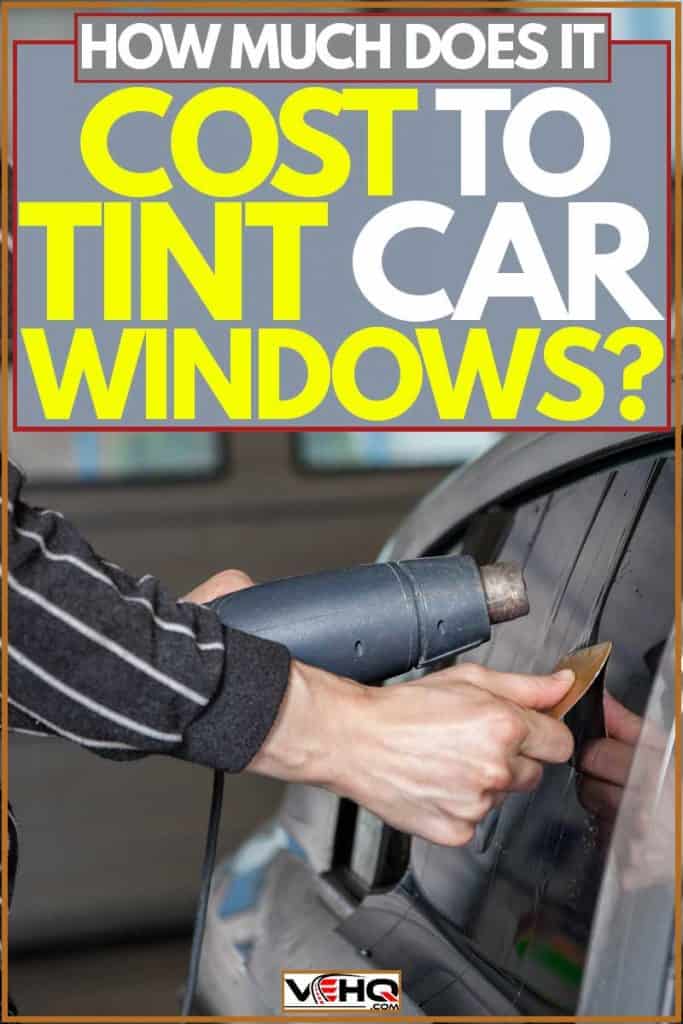 We’ve all seen it, if not on our streets, then at least in a movie. The sports car zipping by us on the highway, the SUV weaving through city traffic, the driver hidden behind those dark, dark windows. We feel something, something different, at least from being able to look someone in the face. Perhaps it’s envy, perhaps annoyance. Maybe we wonder why someone would want to tint their windows in the first place. Or maybe we think, longingly, how much did that cost?! Rest assured, reader, that we’ve done the research, and have the answers to how much it costs to tint car windows, questions about car window tint’s legality, what types of car window tint are available, and more.

In the USA, the average cost to tint the windows on a typical four-door sedan ranges from $150-$400. This price can vary due to several factors, such as location, types of tint, and more.

Considering the range in price, and all the factors that can go into determining the final cost to tint your car windows, it can be pretty confusing to sort out just how much it will cost you. Rest assured, we’ve done the research and have all the answers to your questions. Read on to learn the details about all things car window tinting.

Location can affect the price of window tinting

Where you live, or where you decide to have your car windows tinted, can sometimes have a significant effect on the estimated price.

Beyond location, an essential factor in determining the cost of your window tint is the reputability of the shop itself. One need only do a quick search online to find horror stories of inexpensive at first, but ultimately costly low-quality car window tints. Always be sure to do your research before choosing a shop to have your car windows tinted at, and if possible, choose a shop with positive reviews that specializes in window tinting. A bit more work now will save you time and money in the long run. 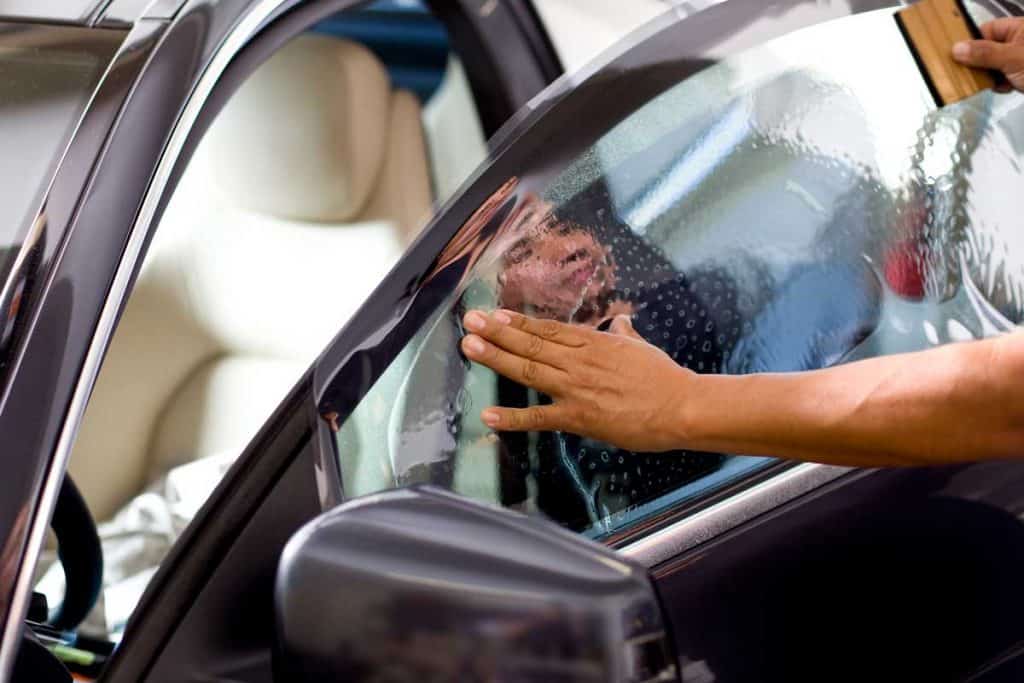 There are several different types of window tint available for you to choose from. Like with sunglasses, the quality has a lot to do with its protective ability. You can read about the best sunglasses for driving on our blog here.  The various materials can be broken down into several simple categories, each with their qualities and benefits.

Most basically, common types of car window tint can be separated into five categories:

Dyed tinting is the go-to choice for anyone who wants a car window tint on a budget. Dyed film works by absorbing sunlight through multiple layers of, you guessed it, dye. While effective at blocking some heat and UV radiation from entering your vehicle, dyed window film is not as effective or long-lasting as other commonly used materials.

Metalized film comes at a higher price point than dyed film but is more effective at blocking out heat, UV rays, and at reducing glare. This film works by reflecting the sunlight away from your windows via tiny metallic particles embedded in the film. Though effective, this film, and reflective films, in general, may affect the functioning of specific electronic devices. Additionally, this type of tinting may be illegal on certain windows of your car in individual states. We’ll discuss more on legality later.

Hybrid film is a combination of the two films mentioned above, offering the benefits of both without the negatives.

Carbon film is more effective than any of the previously mentioned window tints at blocking out heat from the sun’s rays. While the matte finish may be appealing to some, it can sometimes make seeing out your windows at night harder.

Ceramic film, the newest, most expensive, and most highly rated style of window tint is noted for maintaining good visibility while still blocking out much of the heat and UV radiation, which can damage your car’s interiors. Ceramic films are comparable to metalized films in effect but without any of the electronic device interference. If you have the money to spend, ceramic film is undoubtedly the best choice.

In addition to the types of materials a consumer can select for their window tint, you must also choose how dark you want to tint your windows. This question again brings up the issue of legality, but before getting into the laws surrounding tint darkness, let’s first understand how window tint darkness is rated.

Now that we’ve gotten the gist on how much it costs to tint car windows, the various types of materials available, and how car window tint is rated, let’s dive into the biggest question of all.

Is it Legal to Tint the Windows in My Car?

The short answer is, yes, with some exceptions regarding which windows you have tinted, the type of materials used for the tint, and the darkness of the tint. In general, it is fully legal to tint the rear windows and rear windshield of your car to whatever tint you desire. The front windows and windshield, however, are typically much more strictly regulated.

In Arkansas, the front windshield can only be tinted with a non-reflective material on the top five inches, but the front side windows can be tinted as long as they allow at least 25% of the light in.

The darkest legal tint is commonly referred to as limo black tint. It allows only 5% of light to pass through the windows, thus making it legal only on rear windows for the majority of drivers nationwide.

As you can see, window tinting laws vary widely from place to place. What may be perfectly acceptable in one state may land you in hot water in another. It’s always important to review the laws before tinting your windows, and before traveling to a new state if you already have tinted windows. While at the discretion of the individual officer, cops can and will pull you over and ticket you for ignoring window tint ordinances.

With all of these local ordinances, what is and isn’t acceptable can be pretty confusing. You can find an online directory of state-by-state window tint laws here.

Having the incorrect rating of window tint can also cause your car to fail an inspection. To learn more about this, check out our post on "16 Things that Will Fail a Car Inspection".

What Happens if I Get Pulled Over for My Window Tint?

If you are pulled over and ticketed for the window tint on your car, there are several ways you can fight the case.

If you have a health condition that causes you to be hypersensitive to light, you may be able to apply for an exemption to existing window tint laws in your state

In some cases, if you promptly address the issue and present receipts and other documentation to the court, your case may be dismissed.

When you receive a ticket for a traffic offense that you believe is unwarranted, you can plead not guilty. While sometimes landing you at risk for paying a higher fine, if you think you were unfairly ticketed, you can plead not guilty and take your case to the judge. If you believe your window tint was within the legal range, you can have your car inspected, and the inspection paperwork brought to court. Additionally, some, but not all states have an exemption in their window tint laws for out of state residents. Always check with local ordinances before taking your tinted car out of state!

How Long Does it Take to Tint Car Windows? 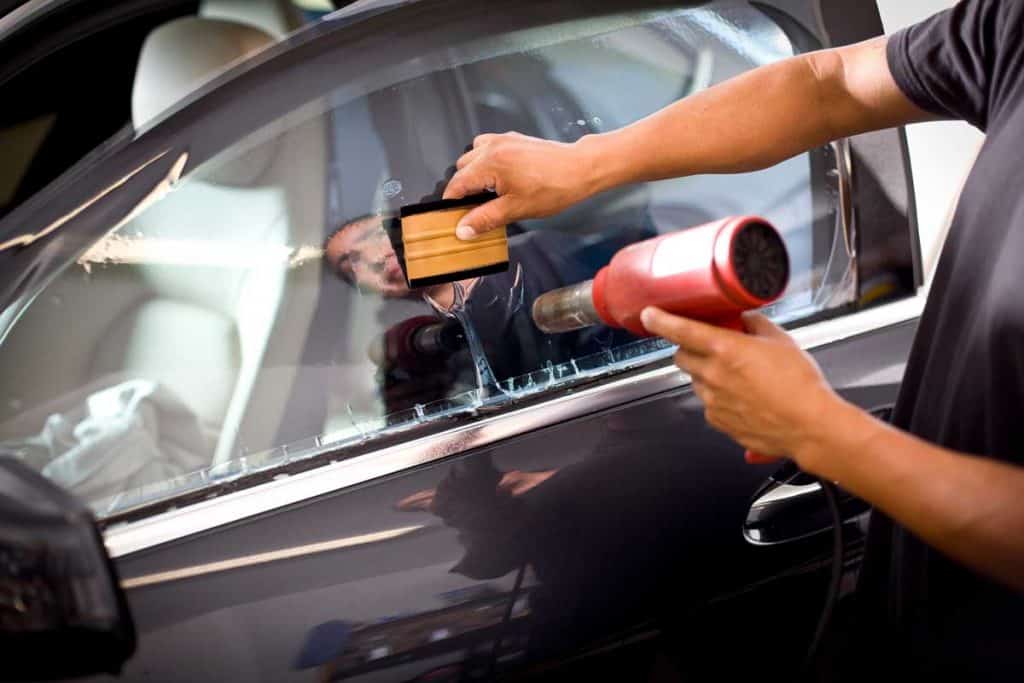 The amount of time it takes to tint car windows will vary based on the model of car, the size of the windows, and of course, the skill of the tinter. On average, it will take 1 ½ - 2 hours to tint a four-door sedan.

Is it Normal to Have Bubbles After Window Tinting?

Can I Tint My Own Windows?

Yes, you can tint your windows; however, it is recommended to have it done professionally because of the difficulty of the procedure. If you decide to do-it-yourself, you can purchase either uncut rolls of window tint film, or window tint film pre-cut for certain sizes of car windows.

Now that we’ve run through the ups and downs of window tint, from pricing to materials, to darkness ratings, legality, and more, you’re sure to be well informed for whatever style of window tint you decide on for your car.

How interesting that you say that you can tint your own windows but it's not recommended. I am actually buying a home this summer. I want to get a residential window tinting service for it as well.