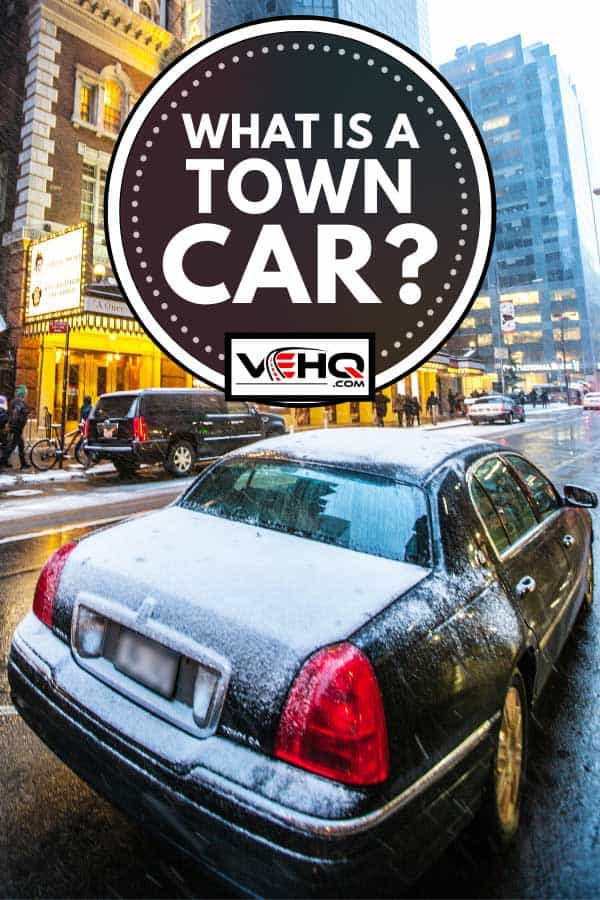 You’re in the market for a new car, but you’re not sure which type is best for you. You’ve spent a lot of time researching, and you’ve even gone on some test drives, but yet the search continues. Then your buddy suggests a town car. Could that be the type of vehicle you’ve been looking for? What is a town car anyway?

A town car is a four-door sedan that’s known for its driver’s compartment, which is open. The passenger compartment, however, is closed. The manufacturer of the Town Car is Lincoln, although they ceased production in 2011.

If you want even more information on town cars, then this is the article for you. In it, we’ll discuss whether a town car is the same as a limousine, how many passengers can fit in the vehicle, and even the cost of a town car. Keep reading!

Is a Town Car the Same as a Limousine?

There exists a common misconception that a town car is the same as a limousine. We’d be remiss to deny the similarities between the two vehicles, but no, town cars and limos are not the same.

For example, a town car is an everyday vehicle you should use for all your regular purposes, such as going to the gym, the park, work, school, the grocery store, or anywhere else. Limousines are typically reserved for special occasions rather than everyday use. If you’re getting married or throwing a big party, then you might get a limo. Also, you probably wouldn’t use it to go to the park or grocery store.

Another big difference between town cars and limos is that the latter has much more room for passengers. We’ll discuss passenger count for town cars in the next section, but know that a limo far exceeds it. That’s even truer if you have a stretch limo, which has an average length of 30 feet. Due to that impressive length, the average stretch limo can accommodate as many as 20 passengers at a time.

Also, typically, with limousines, you rent rather than own them. Sure, you can rent a town car, but if you’re in the market for one, you’re usually looking to own the vehicle. Also, it’s mostly paid chauffeurs who drive limos, whereas an everyday person normally drives a town car (albeit, maybe a more upscale everyday person).

Curious about the engine of a town car? Check out this article: What Engine Does My Car Have?

How Many People Can Fit in a Town Car? 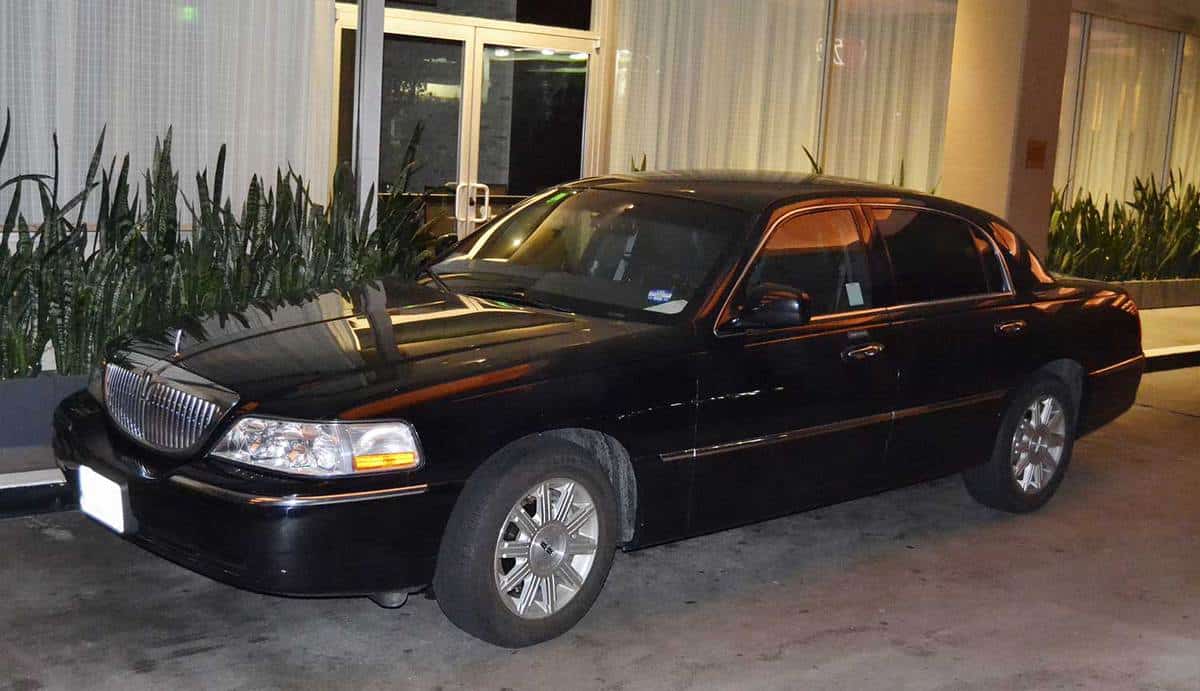 We said we’d get back to it, and here we are. You know you can’t fit 20 people in a town car, but how many passengers can comfortably sit in this vehicle? It depends on the town car make and model, but your passenger capacity is between five and seven people.

That’s not bad. Some trucks can fit six people, but you often have to configure the vehicle to make that happen, and this is a pain. SUVs have room for up to eight, but again, it depends on the make and model of the vehicle. Other SUVs can accommodate six or seven passengers, which puts them about in line with a town car.

Don’t forget about weight distribution when carting all your passengers around in your town car. We recommend this article: How Much Weight Can a Car Carry? [Inc. Example]

How Much Do Town Cars Cost?

The next question you may have regarding town cars is how much you’ll spend to own one. Once again, this answer varies depending on the model of Town Car, and whether you buy a new or used vehicle. Well, reasonably new at least, as the Lincoln Town Car hasn’t had a new model since 2011.

To give you an idea of what you may pay for a town car, we did some digging online on Cars.com to compare prices of Lincoln Town Cars over the years. 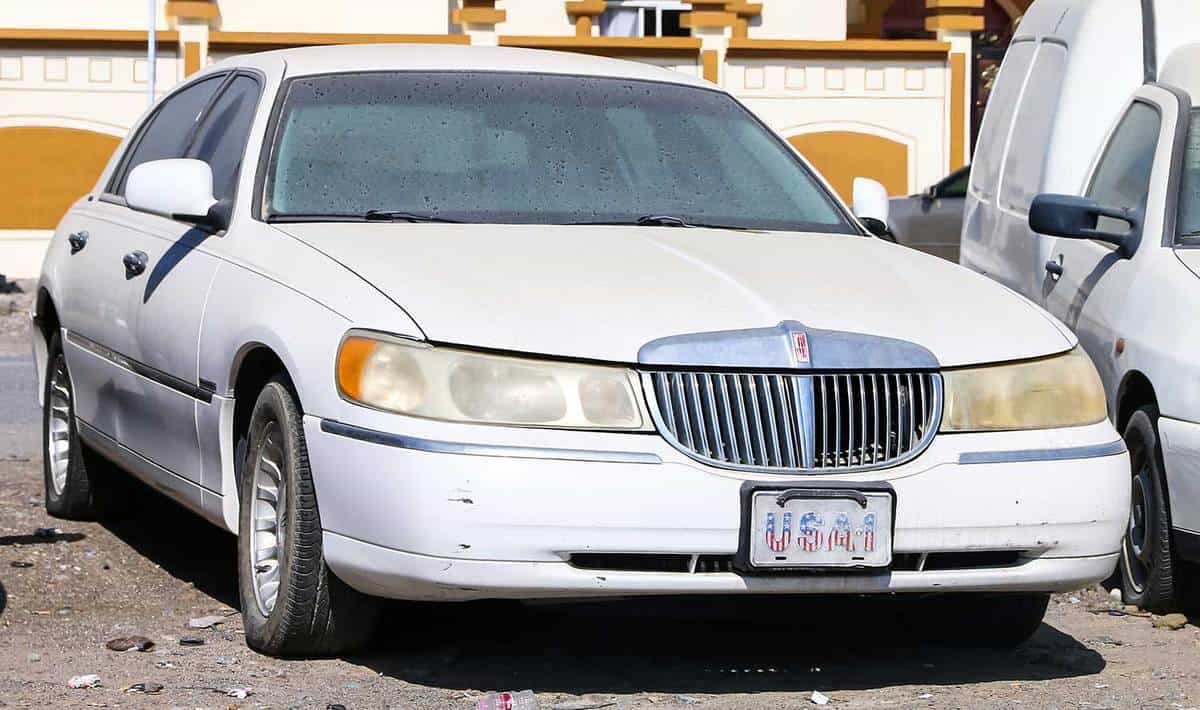 As said in the intro, if you want a town car, Lincoln is the best-known name. The Lincoln Town Car was a standout vehicle for the manufacturer for decades, but today, Lincoln focuses more on cars, SUVs, and American luxury crossovers. Some of their current models include the MKZ, Continental, Corsair, Nautilus, Aviator, and Navigator.

If you have your heart set on a town car, should you buy a Lincoln? Yes, as they are the town car standard, but there are some things you’re going to want to keep in mind.

The Lincoln Town Car may be a sleek, shapely sedan, but it also hasn’t been produced in over a decade. The latest model from 2011 had an EPA estimation of 20 miles per gallon or MPG. That means it can go at least 20 miles before you have to refill the gas.

It’s unclear if that 20 MPG is for highway driving, in which you tend to add at least 5 MPG to your overall total. If so, then 22 MPG is still about average for highway driving, but that may not be the case forever. With no new Lincoln Town Cars on the market to be more efficient, you’ll be doing yourself a disservice by driving a vehicle that gets poor mileage.

Another thing to consider is the age of the car. Sure, an 11-year-old vehicle isn’t so old now, but in five years? 10? It will become harder and harder to track down parts for your Lincoln Town Car.

The Lincoln Continental is a good equivalent to the Town Car, and it’s still in production today. You can avoid the above hassles and still enjoy a sleek Lincoln vehicle.

If you’re thinking that a town car is right for you, hopefully, you have all the info you need to now make your decision. Good luck!

Hello, we don't have a subscription list on the site, so we can't unsubscribe you from anything. If you're referring to the push notifications for new posts, you need to click on the settings button there (shows up with every single) and change your setting to "disallow".