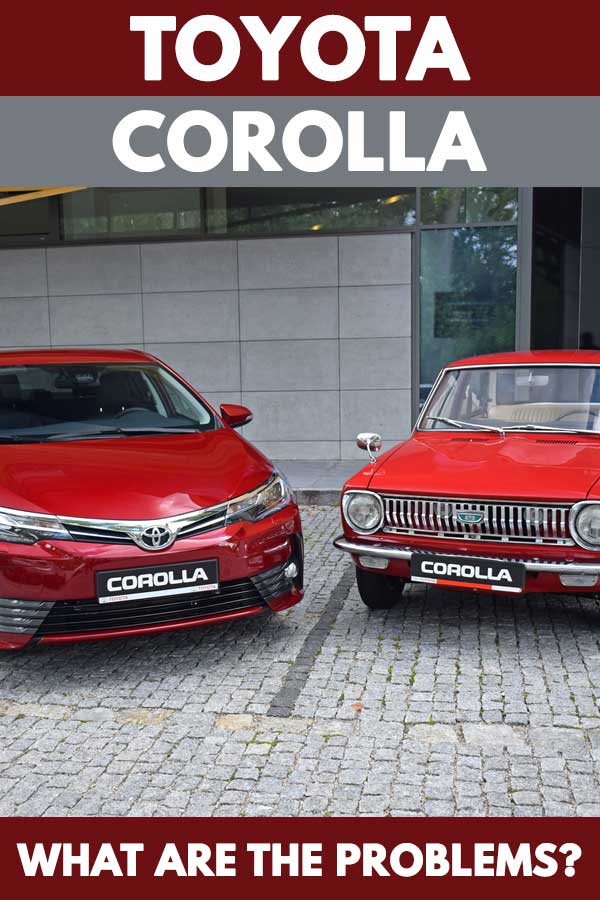 Toyota Corollas first made an appearance back in 1966, first being exported to Australia, and then coming to US shores in 1968, and even as far back as 1974 it was the best selling car, and has since gone through a large number of generations and has sold over 40 million. In that amount of time, as you can imagine, there are certainly more than a few problems that have reared their head.

The common problems typically associated with the Toyota Corolla are -

Given the longevity of the vehicle, it is no wonder that it is the 5th most popular car in the US according to YouGov, and the 6th most well known. The Toyota Corolla has been a pretty consistent performer throughout the years, and that obviously explains its longevity.

One of the things we are looking at is what you can expect to go wrong with it, and how often that might be a problem, and how many of the different models the issue effects. We are gathering that data from a combination of consumer sites and recall notices.

Of the 11 generations, whose duration you can see below, the one that seemed to cause the most problems for people was the 9th generation, being given a high enough pain factor by some reviewers that they warn you should avoid it like the plague. The 10th generation again looked to be having some issues and was not as popular with its owners, but thankfully the 11th generation seems to have regained ground from this slump.

Toyota, like any auto manufacturer, is issuing a recall on a vehicle because there is a potential threat to your safety. In the case that they are not issuing the recall of their own initiative, they will be doing so in compliance with an order from the court or the NHTSA (National Highway Traffic Safety Administration). If you go here to Toyota’s website you can check to see if there are any active recalls.

Should I Act On It?

Yes, if there has been a recall issued it is for a very good reason. Whereas with some other kind of products such as comestibles, you can easily dispose of them and survive whatever results come from still accidentally consuming them, getting into a car accident when you chose to ignore a warning is going to put you in a bad place.

If you knowingly drove with a fault in your vehicle that caused an accident you may end up getting prosecuted for negligence. You may be badly injured, and in the worst-case scenario, you might not survive.

30% do go without being repaired, but that is not a good thing. You don’t want to contribute to the danger it poses to yourself and other drivers.

I’m Worried It Is Going To Cost Money

If you are asked to bring your car in to a dealer or qualified mechanic because of a recall you don’t have to worry - the manufacturer is going to cover the cost of any replacements or repairs that have to be carried out. If you are worried about getting the help you need take your notice of recall to the mechanic, and if that doesn’t work you can reach out to the manufacturer and the NHSTA, who both have a vested interest in making sure that your vehicle is safe on the road, and have a lot of power to make that happen.

How Long Do I Have?

The statute of limitations as set by the NHSTA for all of those no-charge repairs is 10 years from the original sale date of the vehicle. It stands to reason if you have been driving the vehicle that far past the recall warning you may not have to worry about it.

If you bought a used car that is still within that time-frame it might be worth your while to check and see if there are any recalls for that model, and to check your vehicle’s logs to see if the issue was corrected or not.

If the manufacturer believes there is something happening with your vehicle, but it is not an immediate threat to your security thy might issue a technical bulletin. They also use these to issue data on how to diagnose if your vehicle is undergoing some kind of problem that other owners have been reporting. If it becomes serious enough it is usually upgraded to a recall. These are generally optional, and if the parts and repair aren’t covered under warranty, or a limited warranty and period of time the manufacturer may set up, the owner of the vehicle is going to be responsible for covering the costs.

Solution: Dealers will inspect the fuel pipes for correct installation and fix them.

Problem: Engine and engine cooling causing a stall and increased risk of a crash.

Solution: Engine assembly replaced if the car has incorrect pistons.

Problem: Service brakes suffering a sudden loss of braking assist can increase the risk of a crash 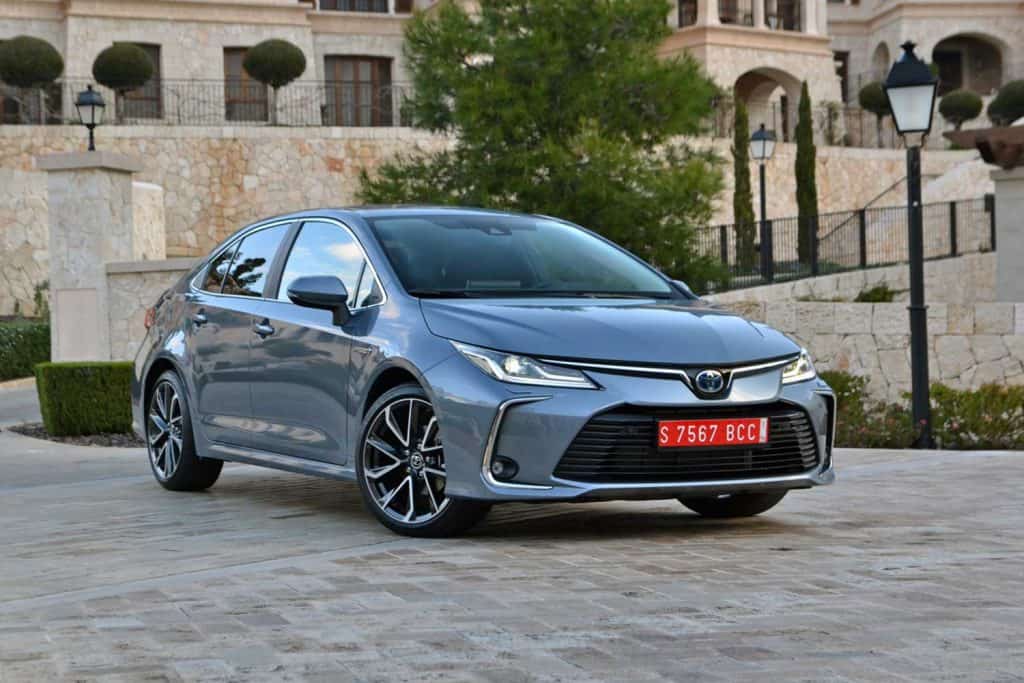 Other Data: There is a class action lawsuit pending for newer cars with the same issue.

Solution: Hard to diagnose, but can be a failed charcoal canister or loose or worn gas cap you need to replace.

Solution: The shift solenoid needs to be replaced, not usually the whole transmission.

Problem: The engine will not crank over, the most common problem being the starter.

What Is The Best Used Corolla To Buy? 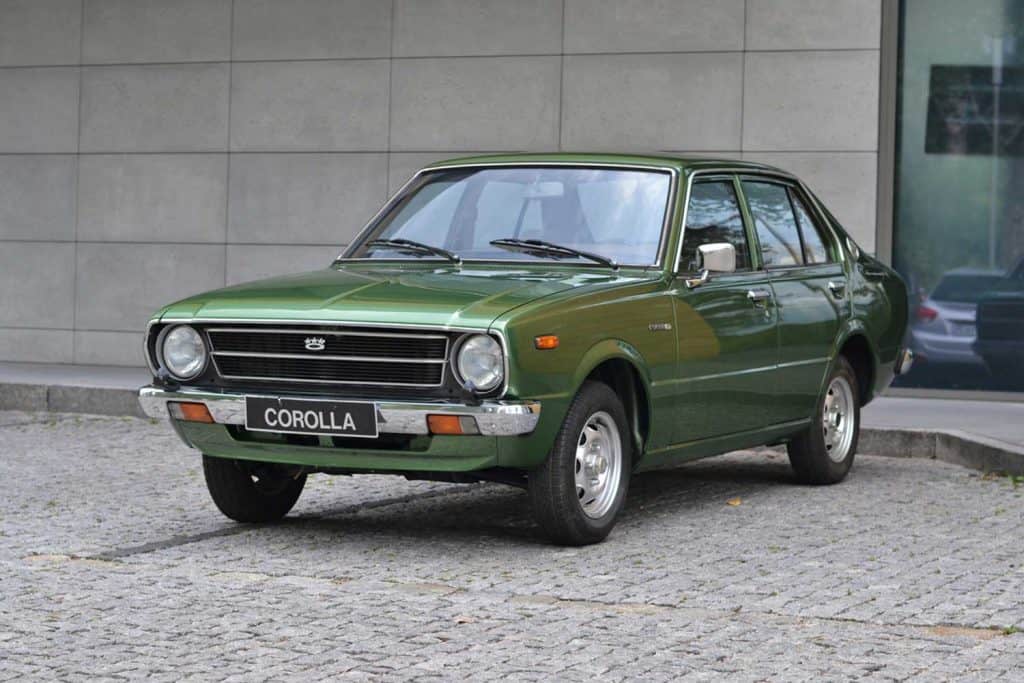 If you are not looking to rush and buy the twelfth generation, which is coming soon, then you might want to look at the used market.

A lot of people who talk about the Toyota Corolla are going to let you know that you can pretty much pick any year of Corolla and you are going to be getting yourself a reliable ride.

Obviously, there are the previous warnings about the 9th and 10th generation to bear in mind - the 9th especially, but even that may need to be taken with a grain of salt. Just read this great story about a 2001 Corolla that was driven beyond 999,999 kilometers, and you may change your mind about even that model.

Eighth Generation Corollas have a great reputation for being reliable and also giving you good gas mileage, but the standard models are not the best, as they have old 3-speed automatic transmissions

How Much Does It Cost To Insure A Toyota Corolla?

Because of all the great things that we have discussed here, the Toyota Camry is very affordable when it comes to insurance, with the average premium for the car clocking in at $1,254, which is well below the national average of $1,474.

Does The Toyota Corolla Hold Its Value?

The short answer is yes. The fact that it is one of the favorite cars in the US, and has been since the 60s has cemented its reputation in a way that even a momentary blip like the 9th generation can’t put too much of a dent in.

It retains its fuel economy. You can buy it at a competitive price, and their price doesn’t do anything to lessen the quality of the vehicles. It is impossible to stay on top for that long and be making bad cars.

It's common knowledge that when you drive that car off the lot the value starts dropping away immediately. Not too long ago in 2016 Toyotas had the top resale value among automakers and had a 53.8 residual value after 5 years for the 2013 to 2019 models

They are known for being safe, and 2016 saw the Toyota Corolla score a perfect five stars in the overall crash test safety rating from the NHTSA.

When you look at the Toyota Camry on truedelta, a great site for determining the reliability of a vehicle it really does tell a great story about the lack of repairs that can you expect to have to carry out on your car.

If you have to take that car in for 3 or more repairs the site considers that percentage of the model to be Lemons, and of their survey data the only model that checks that box is the 2009 Toyota Camry, and that is only registering 3%.

2009 was part of the Tenth Generation, which was only a slight improvement on the Ninth Generation, so unsurprisingly it also clocks in the highest percentage of vehicles needing 1 or 2 repairs, which is 3 times worse than any of the other models listed, which ranges from 2009 to 2017 in this dataset.

The Toyota Corolla would not have been around for as long as it has if it didn’t have some great qualities, and they would not be the best selling car that they are if they did not keep their owners happy. The 12th Generation is likely to continue that trend.

When you are considering a Toyota Corolla you are looking at an average yearly repair cost of $367, but given how long they have been around and how old your model might be, you are going to want to adjust that in accordingly.

They are also super cheap to run in terms of gas mileage as well. If you have a 2019 you are looking at 30 mpg in the city and 40 on the highway; the same for the 2018 and 2017 models; a 2016 runs 25 in the city and 35 on the highway. So, though it is something that is improving constantly, even with an older model you are getting a great deal.

The MSRP of your basic model Toyota Corolla for 2019 is around $19,600, and at the more expensive end of the spectrum, you have the Corolla XSE which starts around $24,000. If you are looking for a comfortable and reliable car that lasts a long time, that is a steal.