Do you have a new Toyota RAV4, and you noticed one evening that it is making a humming sound a few hours after you parked it and turned off the engine? You’ve come to the right place, for we have researched this question, and we have the answer for you.

The sound that you’re hearing is caused by the Evaporative Emission Control System (EVAP) running a leak test. The sound is completely normal.

Read the succeeding sections to learn more about the EVAP Control System. We also included information on how it performs this check and what is causing the sound that you hear. Read on! 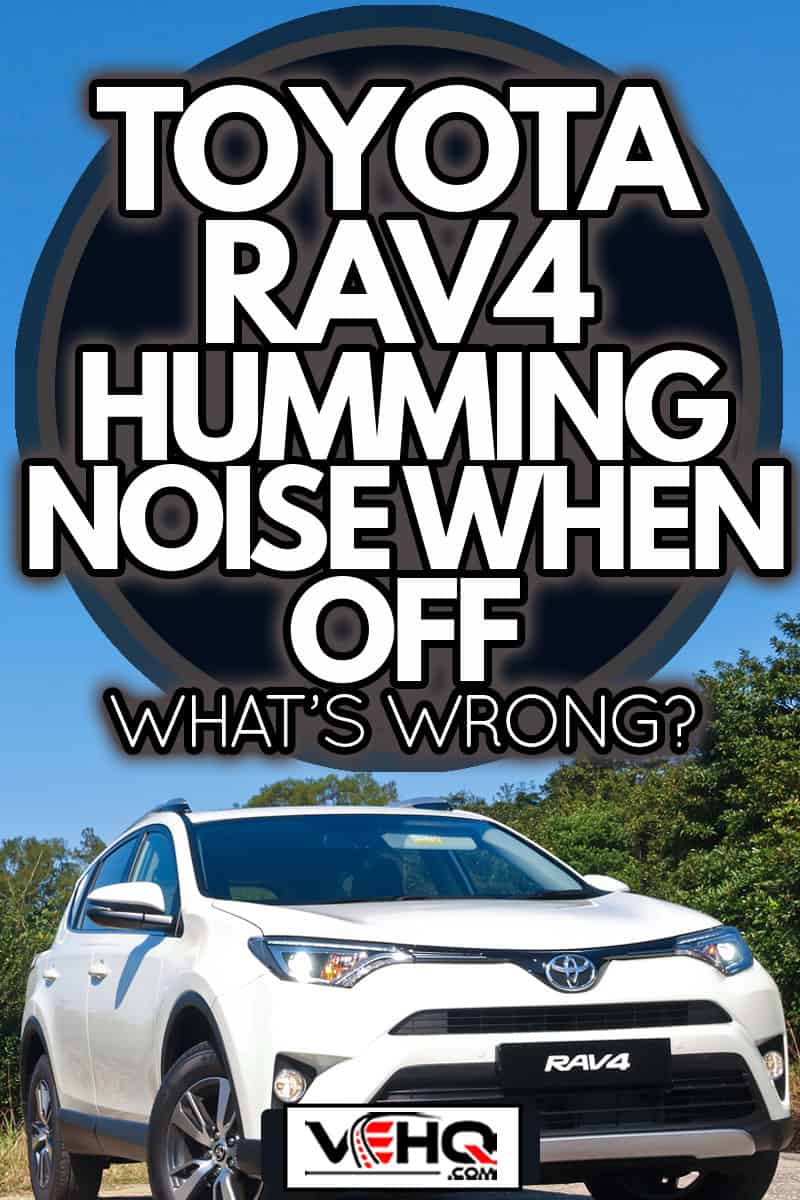 What causes the humming noise when Toyota RAV4 is off? 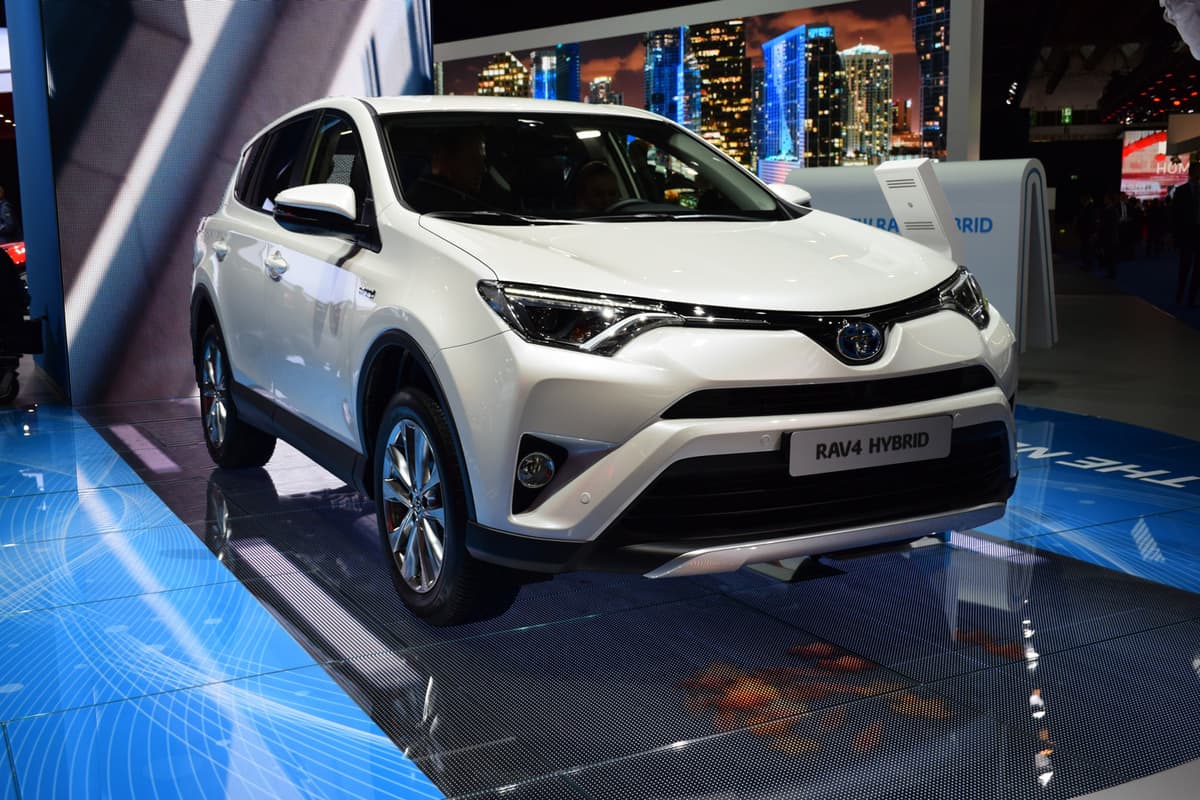 The purpose of the EVAP Control System is to prevent vaporous gas in the fuel tank from getting released directly into the atmosphere. The Engine Control Module or ECM of your Toyota RAV4 performs a leak check on your EVAP Control System around five hours after the engine has been turned off.

It needs to wait for this much time to make sure that the temperatures are normalized and would not affect the results. This leak test involves applying pressure to the fresh air line that goes to the air filler neck from the pump module. The humming sound is caused by the pressure applied to the test.

This is perfectly normal and doesn’t indicate a malfunction. It will automatically stop after 15 to 20 minutes.

Most experts acknowledge the Toyota RAV4 as the father of modern SUVs. It stands out with its different trim levels and modern features. However, its 2.5-liter 4-cylinder engine can get quite loud. The hybrid RAV4 trims are the quieter alternative.

Consumers looking for a quiet SUV should consider alternative SUVs known for being silent.

What problems do Toyota RAV4 have? 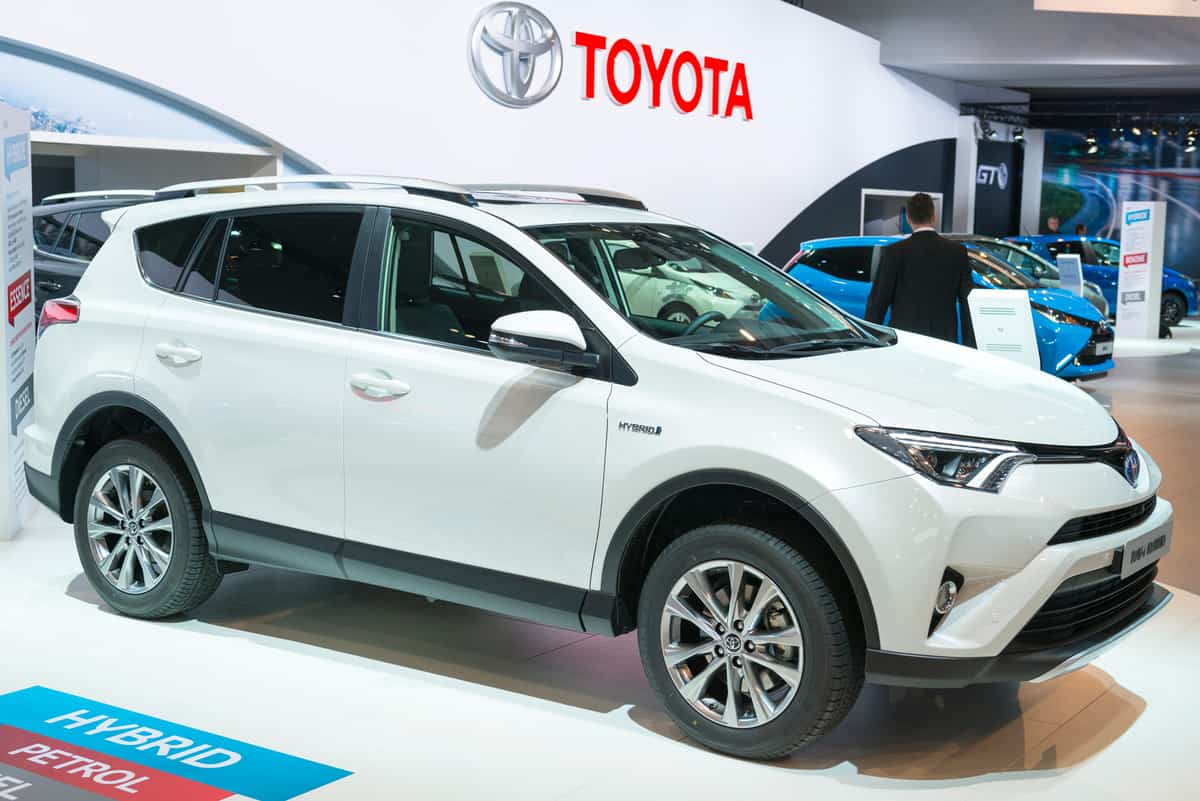 The Toyota RAV4 was first manufactured in 1994. It debuted in the US in 1995. It has five generations so far. There are a few problems that Toyota RAV4 has been known for. Here are the most common among them:

Toyota RAV4 model year 2001 to 2003 has a common automatic transmission problem. Some drivers reported that their Toyota RAV4 hesitated and jerked while accelerating. It has since been identified as a problem with the transmission and the ECM unit.

There are many reports regarding gears slipping without warning. This led to several lawsuits that forced Toyota to expand the warranty on this problem to 10 years or 150,000 miles.

Drivers also report a common transmission issue where the check engine light will randomly light up while driving. The Toyota RAV4 could also stall intermittently once this happens. This is usually caused by a faulty solenoid. Replacing this faulty solenoid should make the issue go away.

Many Toyota RAV4 owners have reported a grinding sound coming from the transmission. This sound can happen whether they accelerate or decelerate. Some owners report that this noise happens after switching to 4WD from FWD. 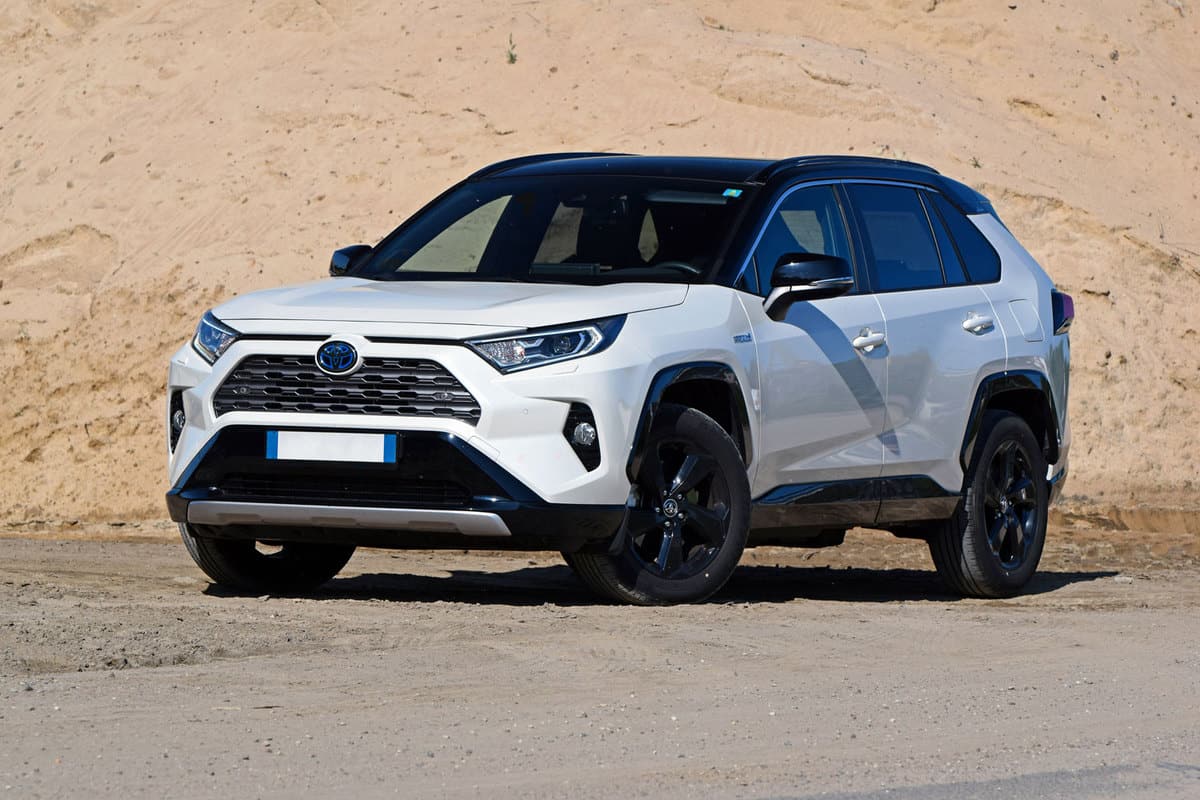 Toyota RAV4 owners have reported consuming two to three quarts of oil every 800 to 1000 miles. This is a common problem with any vehicle that is more than 90,000 miles old but should not be as typical with lower-mileage vehicles.

Defective or worn-out piston rings will cause the engine oil to seep through it and get into the internal combustion chamber. When this happens, the oil will get burned during combustion, leaving carbon deposits on the rings and cylinders.

Some owners report suddenly losing power when driving at 10 to 35 mph. They also notice that the check engine light will turn on whenever this happens. This problem can be caused by a bad or failing oxygen sensor. Replacing the oxygen sensor should fix the issue.

A loose fuel cap can also cause the check engine light to come on. Smooth fuel delivery needs to have a sealed fuel cap.

Some owners reported water leaks that may or may not be followed by loud engine noise. The Toyota RAV4 can develop these water pump issues as early as 25,000 miles.

Toyota RAV4 models that came out before 2010 have been known to have exhaust issues. Owners complained of a strong burning odor and exhaust fumes getting into the cabin.

Toyota RAV4 owners have reported clicking noise coming from the steering column. It can happen when turning at low speeds. It can also happen when the driver turns while going in reverse.

Total steering failures have been reported by owners at 50,000 miles. This issue is common to pre-2010 Toyota RAV4 models.

Owners have reported the steering wheel suddenly becoming hard to maneuver and the power steering light suddenly coming on. This problem can happen as early as 4,000 miles.

Here are the possible causes of the three steering issues that we listed above:

Which year Toyota RAV4 is the best? 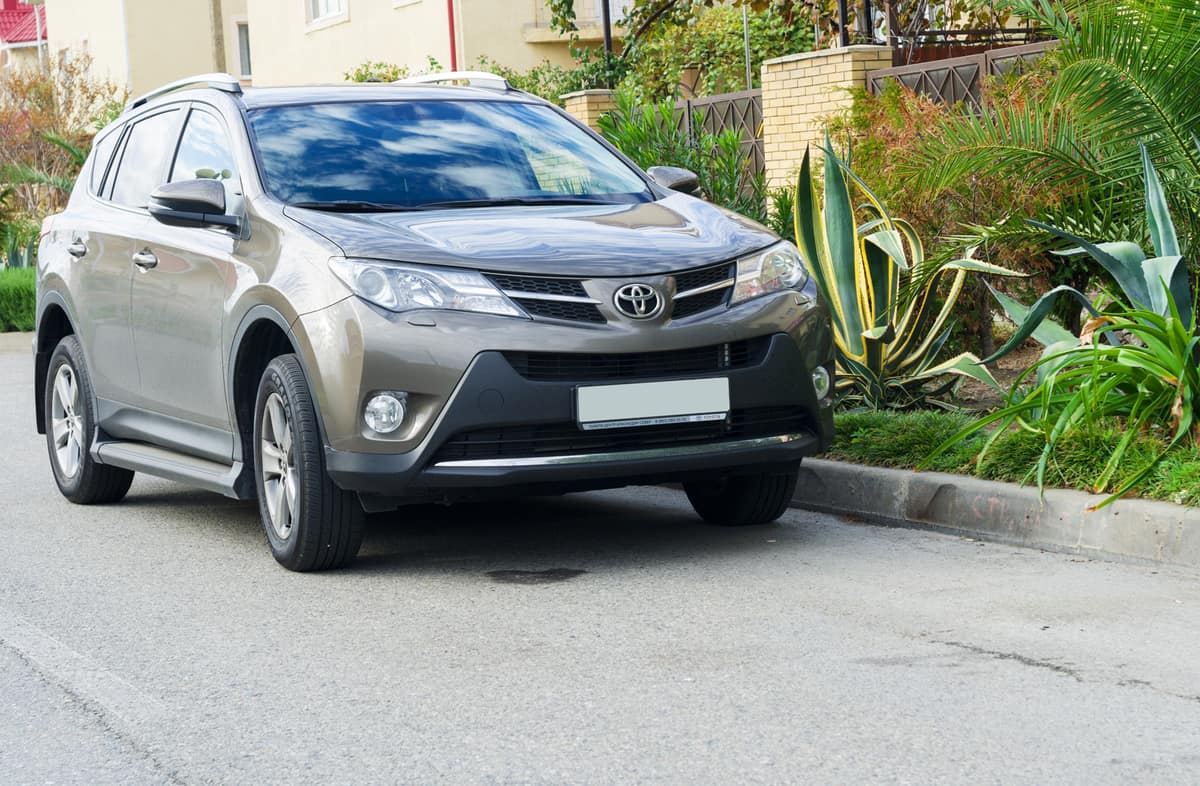 The top three best years of Toyota RAV4 are the model years 2016, 2009, and 2017. These three models have the least number of logged complaints even from the NHSTA.

How long does Toyota RAV4 last?

What does RAV4 stand for? 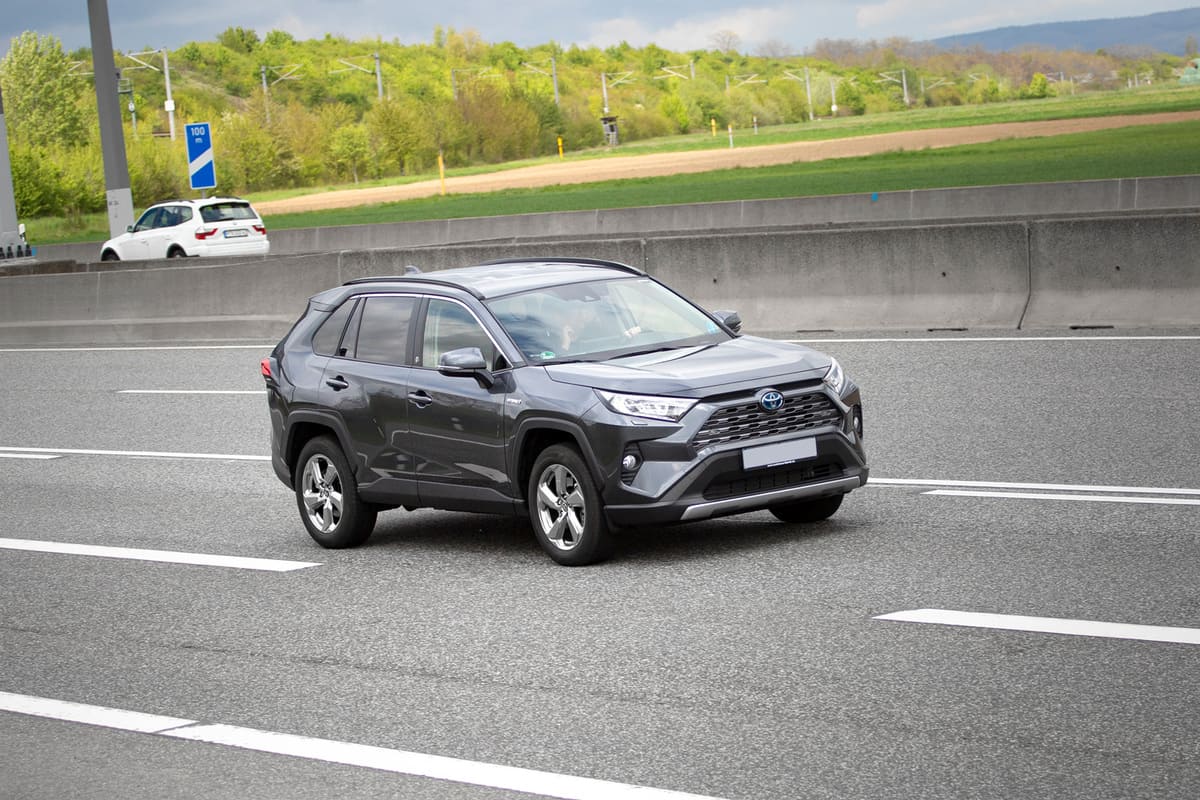 Can you turn off AWD on RAV4?

Yes. The Toyota RAV4 has a button labeled “4X4 Lock.” Pressing this button will disengage the 4-wheel-drive on your RAV4.

Moreover, accelerating to more than 25 mph on a Toyota RAV4 2020 model will automatically disengage the 4WD. To re-enable the 4WD, decelerate to less than 25 mph and toggle the “4X4 Lock” switch to enable 4WD once more.

Does RAV4 hold its value?

The Toyota RAV4 ranks 21st among 116 vehicles with the best resale value. The list was created based on the 5-year resale value of the cars on the list.

Toyota RAV4 also ranks 21st among 164 cars that are the least expensive to maintain. The list was generated based on the 10-year maintenance cost of the cars.

Moreover, the Toyota RAV4 ranks 17th in the list of least expensive cars to insure out of 176 cars. The list was based on the annual insurance cost of the cars on the list.

The Toyota RAV4 is at the top of the list of least expensive cars to own out of 98 cars. This is based on the 5-year cost to own the cars on the list.

Is a RAV4 unibody?

Unibody is short for unitized body or unitary construction. This construction technique combines the vehicle's body, floor plan, and chassis into a single structure.

The Toyota RAV4 has constructed a unibody vehicle, making it spacious and comfortable to ride. 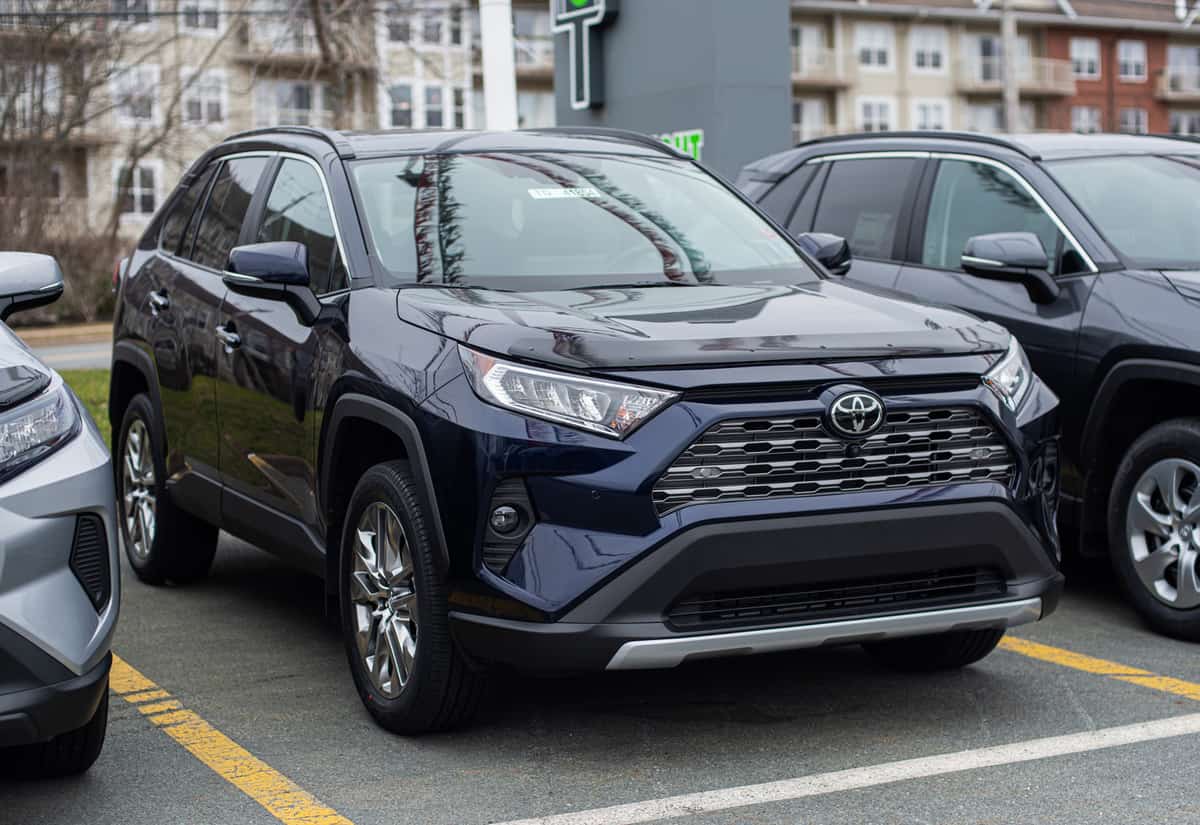 A diagnostic test that the RAV4 does to check for leaks generates a humming noise. This can happen even when the Toyota RAV4’s engine is off.

What Cars are Intermediate SUVs at a Rental Agency?

Can You Change Gears In An Automatic Car While Driving?