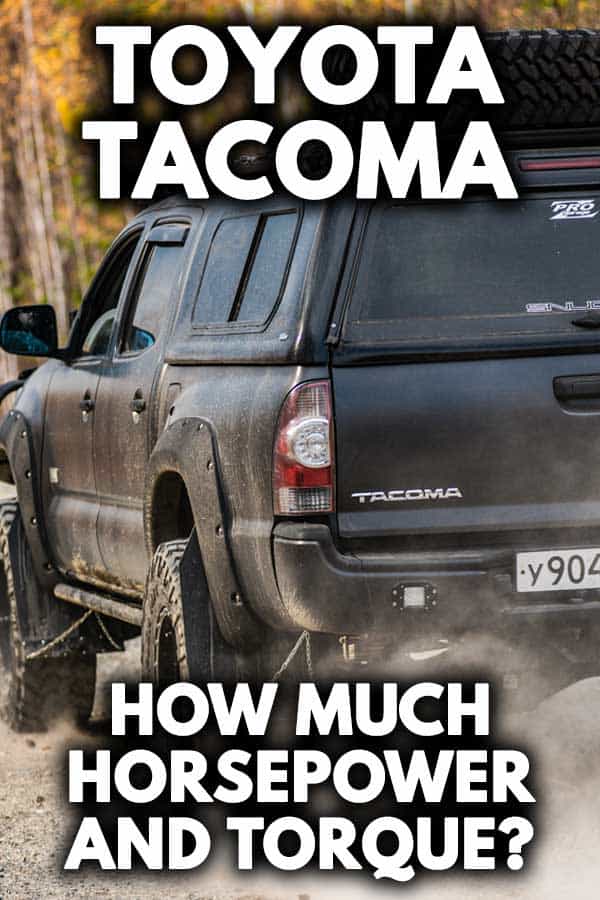 If you are shopping for a new midsize pickup truck, the Toyota Tacoma is probably on your list, but does it have enough power and torque to meet your needs? In this article, we will be taking a look at everything there is to know about the power delivery of the two available Tacomas. This information will allow you to understand what to expect from Tacoma ownership and compare it against the power ratings of its competitors. Without further ado, here are the power and torque ratings for the 2020 Toyota Tacoma:

Toyota offers two engines in the 2020 Tacoma, and both have remained in production since the most recent model debuted for the 2016 model year. As the more powerful engine choice, the 3.5-liter V6 engine produces 278 horsepower and 265 lb-ft of torque. The 2.7-liter 4-cylinder powerplant, meanwhile, develops 159 horsepower and 180 lb-ft of torque.

Pretty simple, right? Not so fast - there is actually a lot more to the power equation than those up-front figures. For example, do these engines only make that power way up high in the rev range or down low, where it is more useful? Stay with us as we discuss all the details.

As is the case with most Toyota products, the Tacoma is not all about speed and power. This isn't a beefy V8-powered truck, nor is it a high-speed cruiser. Instead, what Toyota built its reputation on and what continues to make the Tacoma the most popular midsize truck on the market is one thing: reliability.

By sticking with tried and true technology and not pushing the bounds of what's possible, Toyota creates exceptionally long-lived engines. Still, folks wouldn't flock to the Japanese marquee if their products were severely underpowered, right? So let's take a minute to explore both available engines to find out which one, if either, will suit your needs. 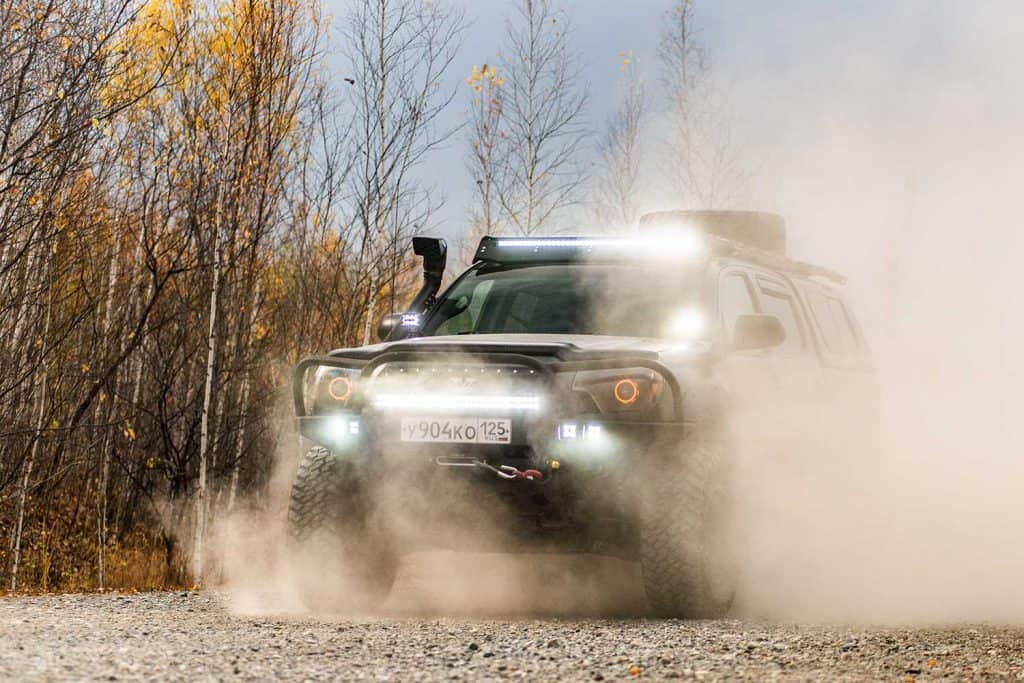 If you do not understand what we are talking about when it comes to horsepower and torque figures, don't worry. Many people are a bit hazy on the difference between the two.

Simply put, horsepower deals with pulling power and really matters when it comes to higher speeds - think highways onramps or passing lanes. The more power your vehicle has, the better it will be at driving fast.

Torque, on the other hand, deals with twist. That is, how well your vehicle can get moving. As you can imagine, torque is very important when it comes to "truck" stuff like towing and hauling.

Introduced for the 2016 model year, this 24-valve V6 features an impressive list of modern technology such as variable valve timing on both the intake and exhaust. These features mean the function of the engine valves is always optimized for the best performance and/or fuel economy. It also makes use of one old technology - the Atkinson cycle design - to increase fuel economy.

Despite all the modern tech, this 3.5-liter V6 doesn't actually make much all that much more power than the final versions of the 4.0-liter V6 it replaced. And that engine was first produced way back in 2002. We saw a modest power increase - from 270 to 278. The torque figure, which most truck owners care more about than power, dropped by 1 to 265 lb-ft.

Fuel economy, however, did increase appreciably on the V6 models, so that's clearly where the focus was at during the 2GR-FKS's development. As you can see from the many millions of miles tracked on fuelly.com, the new design improved gas mileage by roughly 1 mpg combined.

But just how useful is that power? Well, peak horsepower doesn't come on until relatively high in the rev range, at 6,000 rpm. Still, the 3.5-liter powerplant manages to makes the Tacoma feel quite quick. In a review of the 2016 model, which is nearly identical to the current 2020 model (mechanically, at least), Motor Trend measured a 0 to 60 acceleration time of between 6.8 and 7.1 seconds for the V6-powered Tacoma. Those are quick times - I doubt many owners would complain about performance like that in a midsize truck.

Torque, meanwhile, hits the maximum of 265 at 4,600 rpm, which isn't terribly high but certainly not as low as many pickup owners would prefer - especially those who do a lot of towing. That means anyone whose trailer approaches the maximum tow rating will be really ringing the engine out, especially on any hills.

Not to be outdone in the valve department, the standard 2.7-liter 4-cylinder engine also uses variable valve timing on both the intake and exhaust. Of course, with significantly less displacement, the 4-banger can only muster a total of 159 horsepower and 180 lb-ft of torque. In fact, a basic LX-trim Honda Civic rivals the 4-cylinder Tacoma's power, with 158 horsepower derived from its 2.0-liter engine (although torque is way down at 138 lb-ft).

When it comes to comparisons with competitors such as the Chevy Colorado, the 4-banger Tacoma just can't keep up: The 2.5-liter GM engine produces more power (200 hp), torque (191 lb-ft) and better fuel economy (up to 20 city/26 highway) than the Toyota unit.

Car reviewers rarely get a chance to test Tacomas equipped with the base engine, so any real performance numbers are hard to come by. If impressive acceleration is important to you, however, it would be wise to pony up for the V6 because there is no way the 4-cylinder will fulfill your need for speed.

On the other hand, if acceleration and power are of little importance to you, the 2.7 does not appear to be so slow as to be an annoyance, not to mention a safety hazard. By all accounts, the 4-cylinder Tacomas get up to speed in an acceptable amount of time. So, for normal, everyday driving and light hauling, there is no reason to be scared of the base engine. And while its smaller size helps the 4-cylinder to be fairly economical (up to 20 city/23 highway), its mpg ratings really aren't any better than those of the V6. It appears the only real reason to choose the 4-cylinder, then, is for the upfront cost savings.

Is the 4-cylinder Tacoma Underpowered?

The cheaper upfront price of 4-cylinder Tacomas might entice you to choose the smaller engine, but will you regret it? For example, the maximum tow rating drops from 6400 to 3500, so anything except the smallest trailers will be out of the question. For anyone who tows regularly, the 4-cylinder should be considered underpowered, especially if you live at altitude or drive over many hills or mountains.

Additionally, many automotive journalists, including those power-hungry guys at Car and Driver, find the 4-cylinder too weak for pickup truck duty. Keep in mind, however, that these lucky folks are used to driving around some of the fastest muscle cars, supercars, and German luxury sedans on the planet. Their perspective might be just a bit skewed when it comes to "normal" acceleration. After some research into customer opinions, there are plenty of 4-cylinder Tacoma owners who are pleased with their purchase.

Peruse the Tacoma forums such as this one, and you will find 4-cylinder enthusiasts who claim that, unless you plan on towing or drag-racing, there is no need for the 6-cylinder engine. They claim the 2.7-liter engine, despite its low 159-horsepower rating, is more than strong enough to keep up with traffic and meet or exceed any speed limits you encounter.

Will these Engines Meet Your Needs? 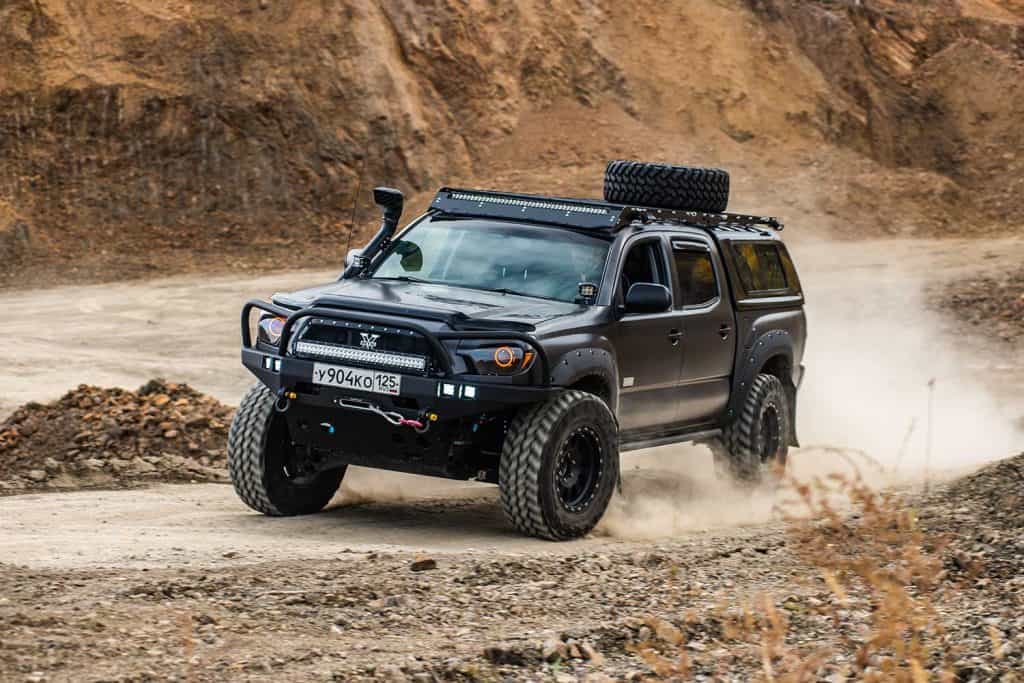 So, is the Tacoma powerful enough for the jobs you have planned for your pickup? It all depends on exactly how you plan on using your truck. The 4-cylinder engine, while weak, is more than enough to get you around town and do the occasional light towing or hauling job. The power and torque ratings on the V6 aren't anything special, either, but still sufficient for most owner's purposes. If you plan on towing at or close to the truck's towing or payload limits, however, I would suggest first considering a half-ton model such as the Silverado, Tundra, or F150. With stouter frames and way more power, those big rigs can handle large loads much more easily.