The Toyota Tundra is a popular choice for those that prefer a vehicle that combines utility and comfort. Though known for its reliability, problems getting your truck running may take you by surprise. With the advances in technology, there are new reasons why your Toyota Tundra may not be starting. We have thoroughly researched this issue and have found some answers.

Though there are many reasons why your Toyota Tundra may not start, the most common problems are the following:

Having your vehicle fail to start can definitely be worrisome. We'll discuss what you can do to get your Toyota Tundra running. Keep reading as we break down each issue and provide best practices for troubleshooting each system to find out why your vehicle is not starting.

Newer models of the Tundra now use a smart key system to start. The vehicle recognizes a unique code embedded in a chip that resides in the key fob. When you press the ignition start button to get the engine running, the Tundra's system reads the chip, and it will start if it's the correct code. 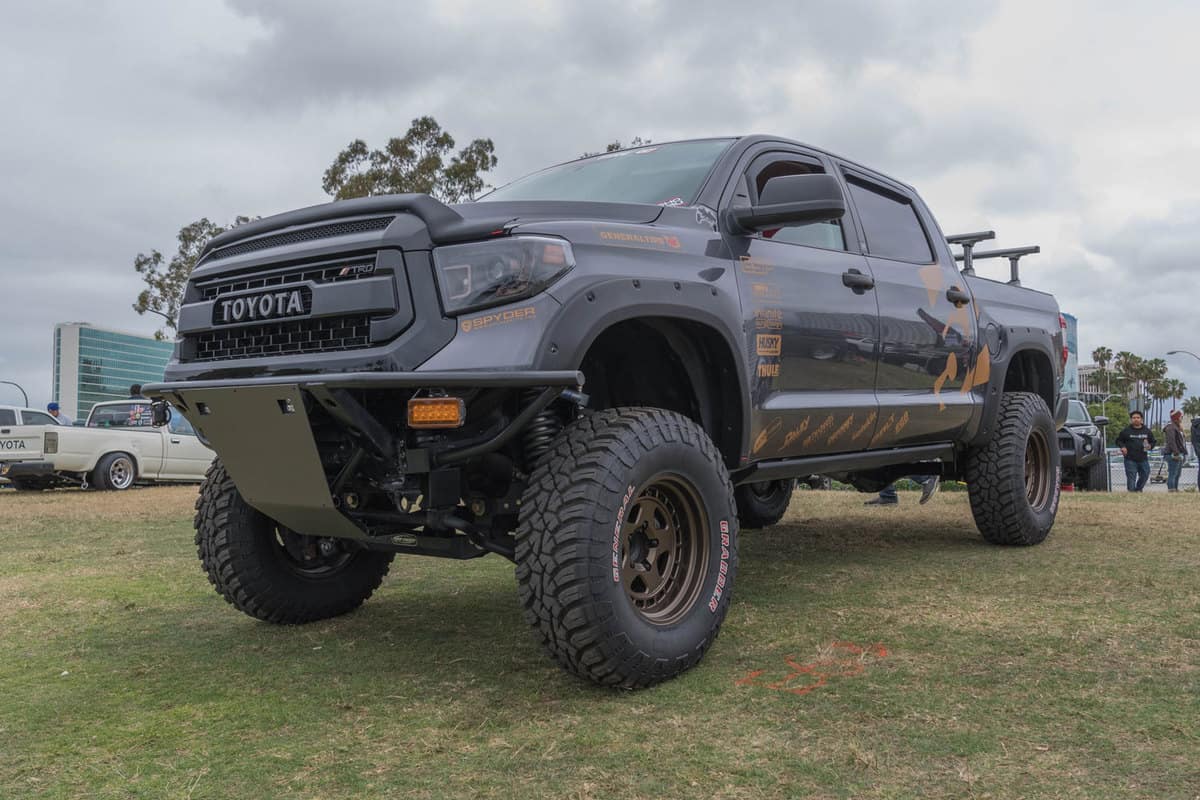 If you press the start button and the engine does not start, it could indicate that your fob battery has become too weak to send out a signal, or the battery has died. This is usually indicated by a message on the panel stating that it's not finding a key or the key is not recognized.

Click here to see an example of a key fob battery on Amazon.

If the dashboard continues to display that there is no key or that the key is not recognized, make sure you have removed other key fobs for other vehicles from the truck. Other key fobs present in the vehicle can emit a code and cause the anti-theft system to engage, leading to your engine not starting.

Wear and tear on the key can cause it not to turn in the ignition. Replace the key if it appears that excessive wear has caused it to stop turning. Always test newly cut keys before leaving the dealership or locksmith as you would not be able to start your vehicle with a poorly programmed or cut key.

Make sure your vehicle is not between gears. The Toyota Tundra will not allow the key to turn in the ignition if it does not sense that the vehicle is in "Park." If your truck appears to already be in "Park," put your foot on the brake and shift to "Neutral," then back to "Park."

What Does It Mean When You Turn The Key And It Just Clicks?

If you can turn the key, but you only hear a clicking sound, you can determine that the issue is not the key. This means the key sends correct signals to start, but there is likely an issue with the battery or starter.

How Can You Tell The Difference Between A Faulty Starter And Bad Battery?

The symptoms can be similar if your truck won't start due to a bad battery or faulty starter. Most professionals recommend troubleshooting the least expensive, easiest fix before moving on to more complicated causes. Check the battery and its connections before replacing the starter.

Click here to see this device for testing your truck's battery on Amazon.

If there is a series of slow clicks, this could indicate that the connections on the battery are corroded or dirty. A visual inspection of your battery can confirm this issue. If you have dirty terminals, you can clean them with a solution of one tablespoon baking soda to a cup of water.

With a wire brush, gently clean the terminals and wipe any residue with a rag. Cleaning the battery terminals will also give you a chance to inspect the battery itself. If there are any cracks or seepage, replace the battery.

A series of rapid clicks and a visual inspection reveals that the terminals are properly connected and are in good condition; the issue could be the battery itself. If you do not have a battery tester, many auto part shops will test battery life and condition at no cost.

You can get a stand-alone battery charger if you do not have another vehicle available to jump-start your truck.

Click here to see an example of a device that can jump-start your Toyota Tundra on Amazon.

Toyota Tundra No Crank No Start

If your Toyota truck is not turning over or just gives one click and then silence, this could be a good indication of a faulty starter. If you have a newer model Toyota, we recommend bringing suspected starter issues to the attention of a professional since the configuration and mechanics of the starter have become more complicated in recent years.

If you have changed the battery and now your truck won't start, check the connections and the terminals. Consult your owner's manual to verify that the battery is properly mounted and connected.

Your owner's manual will also assist you in confirming that the correct battery for your truck's engine size has been installed. Use a scanner to pinpoint other issues that may cause your vehicle not to start after a battery change.

Click here to see an example of a car engine fault code reader on Amazon.

If your battery seems to be in good condition but cannot maintain a charge even after a jump. The issue could be your alternator. A classic symptom of this is your vehicle dying while idling or not starting up after a trip. The alternator is responsible for charging up your battery; if it goes bad, your car battery will keep dying.

Other signs that your alternator could have a problem include dimmed headlights and intermittent problems with other electrical systems such as the radio or internal lights.

Note that if you have the above symptoms accompanied by a loud squealing sound, the serpentine belt may be to blame. Before replacing your alternator, check to make sure the belt is not frayed or torn. A torn belt will cause your alternator not to charge the battery properly.

Click here to see an example of a serpentine belt on Amazon.

Problems In The Fuel System

Any issue in the fuel system can also cause your Toyota Tundra not to start. In this case, the engine most likely will turn over but doesn't take and won't remain running. The most common cause in the fuel system would be an empty gas tank. In colder climates, not having enough gas can also keep your engine from starting.

In some years and models, the fuel pump system may be outfitted with an inertia switch or a setting to turn the fuel pump off if the vehicle thinks there has been an accident. Going over a speed bump too fast in an older vehicle has been known to cause this issue. To see if your vehicle has a reset option, check your owner's manual for the location and instructions.

If your vehicle does not have this option or the switch is not easily located, some mechanics recommend disconnecting and then reconnecting the car battery to reset the overall vehicle system.

You can fix some fuel pump and starter issues by troubleshooting the related fuses. Consult your owner's manual for the location of the fuses on your year and model. This video shows how to locate and replace the fuses for the fuel pump on a 2000 Toyota Tundra.

Save Money With Basic Troubleshooting 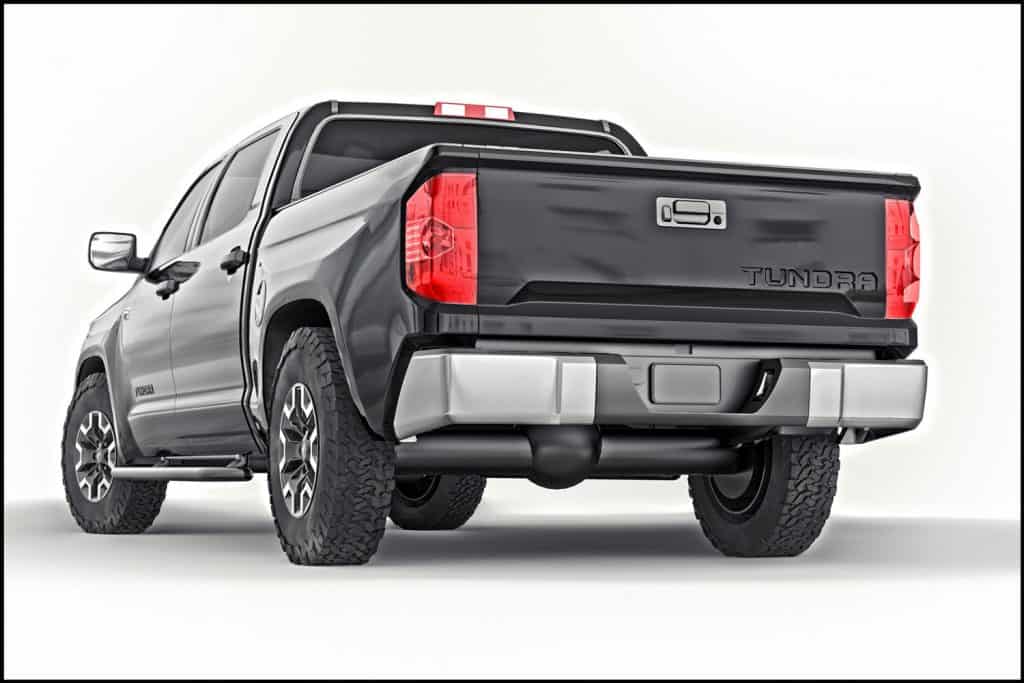 Now that you know the most common reasons your Toyota Tundra might not be starting, save time and money by learning basic troubleshooting steps. Utilize your owner's manual as well as other resources. Having an idea of what the problem is before you get to the mechanic's shop may save you from making costly and unnecessary repairs!

Taking Your Toyota Tundra Off Road? Here’s What You Need to Know