A truck’s engine may backfire, causing combustion or explosion that generally comes with a loud popping noise. It may happen on different occasions, such as when you decelerate or let off the gas. But now you’re wondering why is the engine in your truck backfiring? We researched for you, and here’s what we found.

Unburnt fuel that made its way to the exhaust pipe can cause a truck’s engine to backfire. In many instances, backfiring engines shouldn't cause worry to vehicle owners. But additional problems might currently exist in the truck if the noises don't seem to disappear.

Fuel that failed to burn in the engine is only one of many possible causes of an engine backfiring. A bad air-fuel ratio or old engine technology can also lead to these instances. Keep reading to know more about these causes. We’ll also tackle ways on how to stop your vehicle’s engine from backfiring. 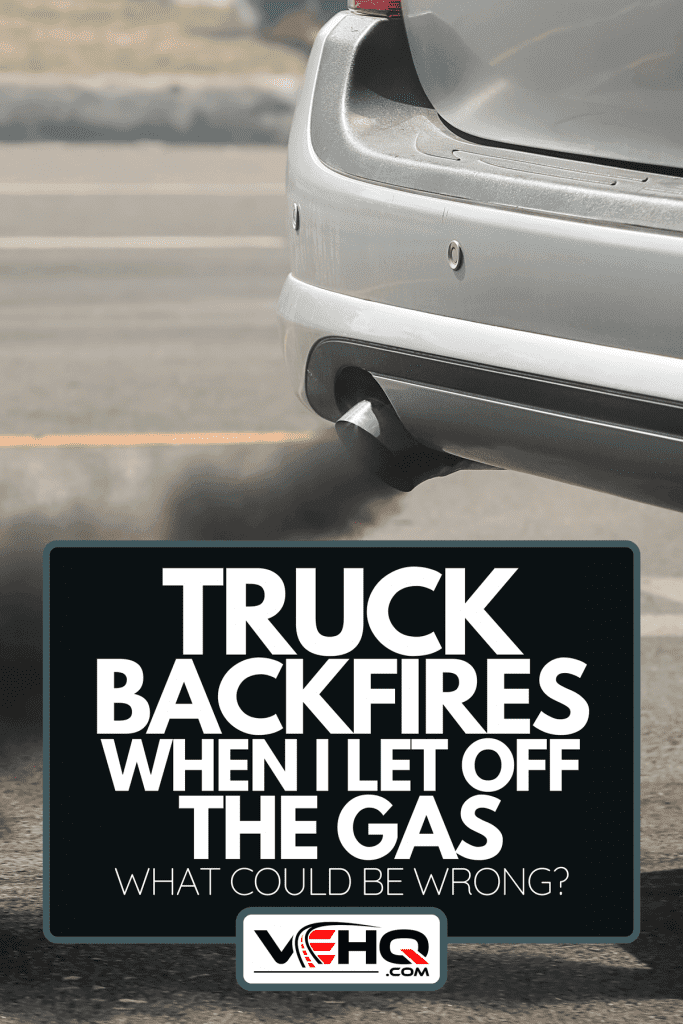 What Causes Engine Backfire On Deceleration?

An afterburn or backfire from a vehicle’s engine on deceleration happens when unburnt fuel combusts or ignites in the exhaust pipe. The result is a loud bang or pop when you move your foot off of the gas pedal. Take note that this instance can occur in many vehicles, including trucks and motorcycles.

Additionally, a finely-tuned engine can still experience backfiring, and it’s not a major cause for concern most of the time. Also, de-tuning your engine in an attempt to search and fix the problem can cause more issues than before. 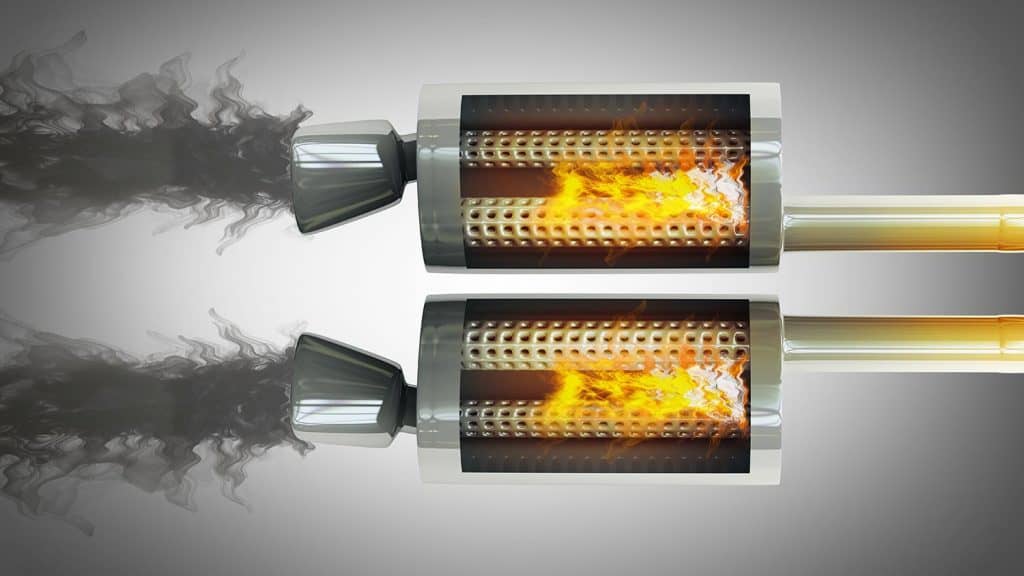 Instead, it might be best to let the unburnt fuel combust in the exhaust pipe. If the loud noises occur frequently, something else might be amiss with your truck or automobile. Bring your vehicle to the nearest automobile repair shop to have it inspected by certified technicians.

What Causes An Engine To Backfire Through The Exhaust? 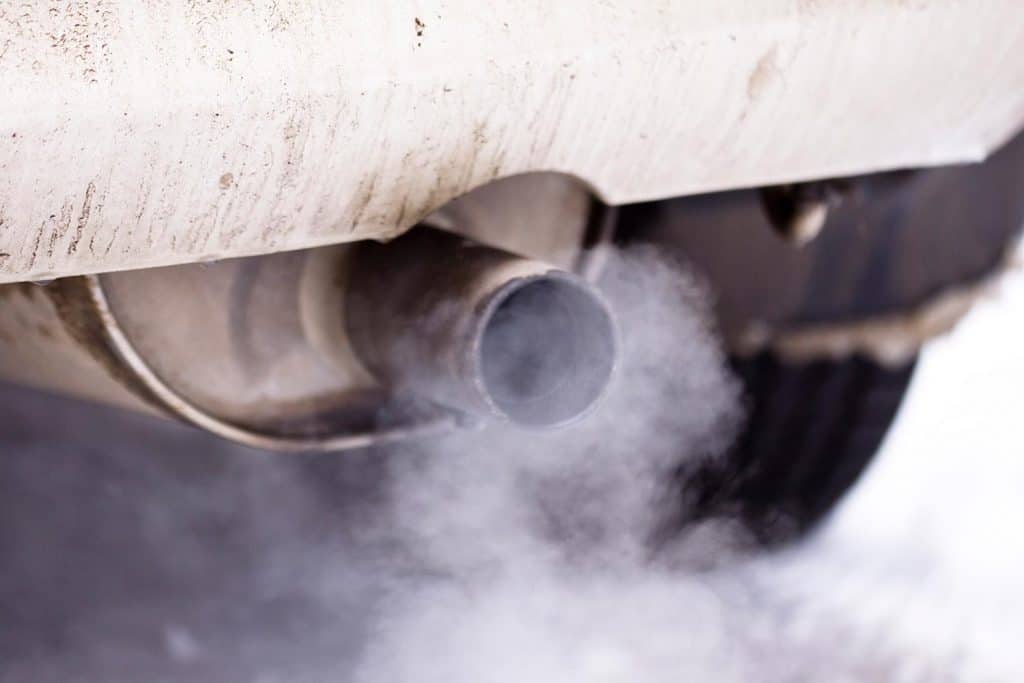 For many engines, backfiring from deceleration occurs because of unburnt fuel; these events can happen because of other reasons. Some of these causes are:

A lean air-fuel ratio (AFR) happens when the engine possesses more air than fuel. Although this state can provide automobiles with better fuel economy, it's usually bad for giving the vehicle that extra power. The result is the engine backfiring caused by the significant amount of vapor produced.

Take note that vehicle engines generally strike an ideal balance between air and fuel. Certain trucks will have this measurement as 14.7:1 --with air being the higher number.

On the other side of the spectrum, trucks and other vehicles may have rich AFRs in their engines. These events happen when there's less fuel in the engine than usual. In turn, the automobile can produce more power than usual. However, it’s also going to use up more fuel than average.

Many modern vehicle engines in trucks and other automobiles won’t backfire as much as their older counterparts. For instance, a relatively old gas-powered truck engine will last about 200,000 miles before encountering backfiring or other issues. But diesel engines should run about 500,000 to 800,000 before needing significant repairs or replacements.

One engine part to keep an eye on is the carburetor. Cars with this element will backfire, particularly if it’s tuned improperly. But many vehicles from the 1980s and onwards will no longer have this component. Therefore, if you’re a proud owner of a vintage car, you may need to replace the carburetor to maintain the vehicle’s functional integrity.

If you want to know more about truck engines, particularly those from Ford, read this post: "What Ford Trucks Have A Diesel Engine?"

Aside from the reasons mentioned above, you can also watch the video below for explanations on other reasons for car engines backfiring:

Check out this replacement carburetor for the Dodge Plymouth truck on Amazon.

Can A Bad Spark Plug Cause A Backfire?

A bad spark plug won’t usually be the source of backfiring engines. But some afterburning events can happen because of spark plugs.

For example, spark plugs often have wire attachments, which are usually vulnerable to carbon buildup. Corrosion to these parts can happen over time, inhibiting proper electricity deliverance in the engine. The result is the engine will ignite incorrectly, causing the backfire.

Another instance is when vehicle owners hook up their cars’ spark plugs incorrectly. These parts need to be in the correct order. Placing spark plugs in the wrong cylinder can cause an engine misfire, leading to an afterburn. If left unchecked, this mishandling of a vehicle can lead to more serious problems.

Keep in mind that many modern cars no longer have this issue. Now, it may be possible for vehicle owners to cross the spark plugs in their vehicles’ engines without worrying about backfiring or any potential issues. But think about replacing your spark plugs if they’re making your overall driving experience inconvenient.

Check out these spark plugs for Chevrolet and GMC trucks on Amazon.

Why Does My Truck Backfire When I Accelerate? 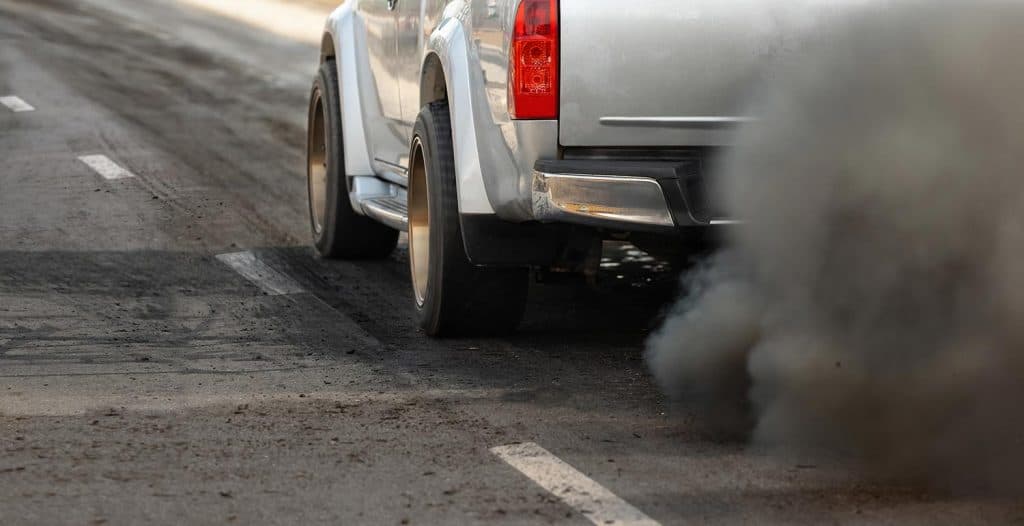 A truck backfiring upon acceleration may happen because of a mistiming of the engine’s combustion. It usually occurs when the engine ignites the fuel in the intake or exhausts rather than the combustion chamber.

Truck owners should check their engines for any potential problems, such as incorrect AFR and bad wiring. A faulty ignition can also cause afterburn, which should become apparent if the automobile experiences other symptoms like stalls and no engine noises upon attempting to start.

Is It Bad For A Truck To Backfire?

A truck backfiring is often not significantly worrisome, especially if the instance happens infrequently. Vehicle owners should think of it as a hiccup, which should go away after some time.

However, other problems are afoot if you’re hearing unknown sounds coming from your truck’s engine even when the vehicle is idle. Read this post to know more about that particular topic: "Engine Knocking At Idle—What Could Be Wrong?"

Automobile users, especially those who own trucks, can also force a backfire as it's quite impressive to hear and look at when viewed by many industry enthusiasts. Make sure that no one is standing behind the vehicle, especially near the exhaust. As the name suggests, backfires may include some flames coming out of the exhaust.

How Do You Fix A Backfire On A Truck?

Before attempting to fix a backfire on a truck, make sure that you have sufficient knowledge and the right amount of confidence to tinker with your vehicle. Otherwise, let reliable automobile experts help you in this regard.

Take note that truck engine backfires may occur because of faulty hardware. Some components that you should look into are:

Also called the ignition cap, the distributor cap allows a spark plug to receive a high-voltage current from the ignition coil. If this part has damage, an incorrect amount of electricity will be sent through the spark plugs.

In turn, the engine will receive air and fuel improperly, causing the backfire. Replacing the distributor cap might be your best solution for this issue.

Check out this distributor cap for GM vehicles on Amazon.

The fuel injector is responsible for pumping gas into the engine. A faulty fuel-injecting unit can also cause a truck’s engine to backfire because of the incorrect amount of gas pumped into the system.

It may only require a fuel injection cleaner to solve this issue. However, if the problem persists, you may need to replace the component with a new model.

A malfunctioning fuel pump may allow some of the gas to leak out of the filter, leading to a backfire. Gas leaking into other parts of the engine can also lead to serious concerns if left unchecked. One clear indication of a faulty fuel pump is a whining sound from the truck’s rear end.

Consult your vehicle’s owner’s guide to check how to replace the fuel pump and its filter. In some truck models, you can’t replace the filter without removing the fuel tank.

Check out this fuel and water filter for Ford trucks on Amazon.

Perhaps the main reason why your truck is backfiring when you let off the gas is because of unburnt fuel in the exhaust. Check the engine for any damaged or faulty parts, such as the carburetor and spark plugs.

Also, have your engine inspected by professionals if necessary. Allow the experts to identify the AFR on your truck to allow optimal functionality. Otherwise, a lean or rich AFR can cause frequent afterburns.