It’s relatively safe to say that every driver doesn’t want to end up in a situation where turning the car key won’t start their vehicle’s engine. So what can you do if your car doesn’t start even after turning the key in the ignition switch? We researched this concern for your convenience and here’s what we found.

The first step to repairing a car that won’t start even after turning the key in the ignition switch is to identify the source of the problem. Doing random things to your vehicle, and attempting to fix it could harm it further. Troubleshooting your vehicle, such as opening the hood and looking for visible signs of damage, may help lead you to the appropriate solution.

Once you found the source of the problem, you should be able to know the ideal course of action to restore your car's functions. Keep reading as we talk about the possible causes of this issue. We’ll also tackle some possible solutions based on the underlying problem found. 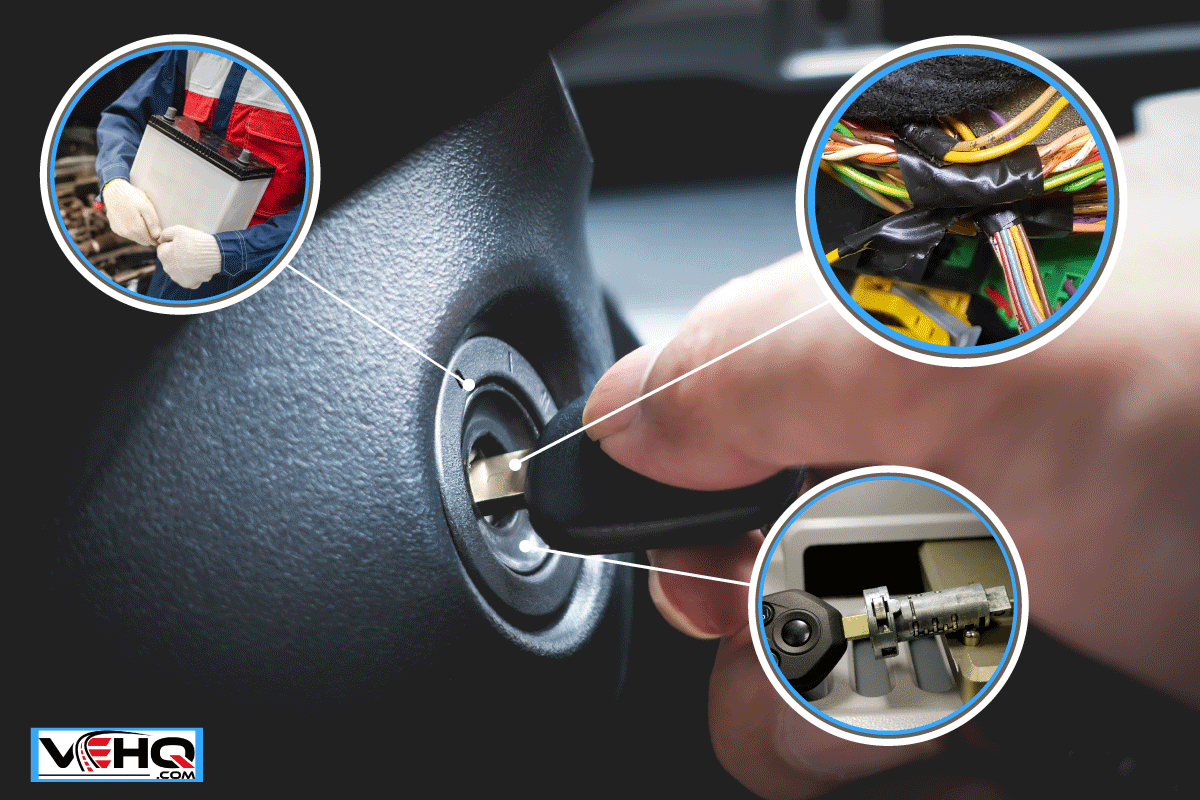 What To Do When Your Ignition Won’t Start After Turning The Car Key?

Troubleshooting should be the first step to figuring out the cause of your car not doing anything upon turning its key in the ignition. Some of the steps you may try to identify your vehicle’s underlying issues are: 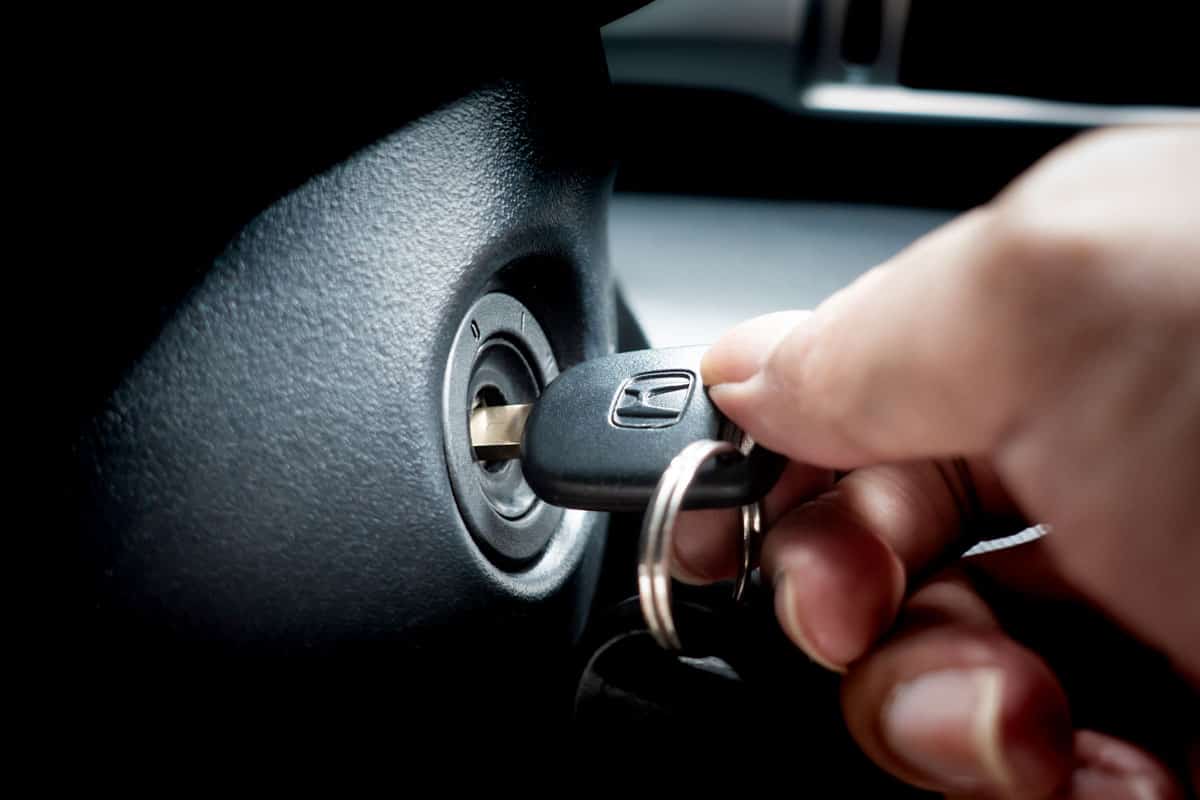 Why My Car Key Turns But Car Isn’t Starting?

It’s important to know any underlying issues your car may have if turning the key in the ignition switch doesn’t ignite the engine. Remember, haphazardly attempting DIY repair jobs on your vehicle without knowing the source of the problem can result in additional issues and extra repair and/or replacement costs.

Some of the reasons why a car doesn’t start after turning the key are: 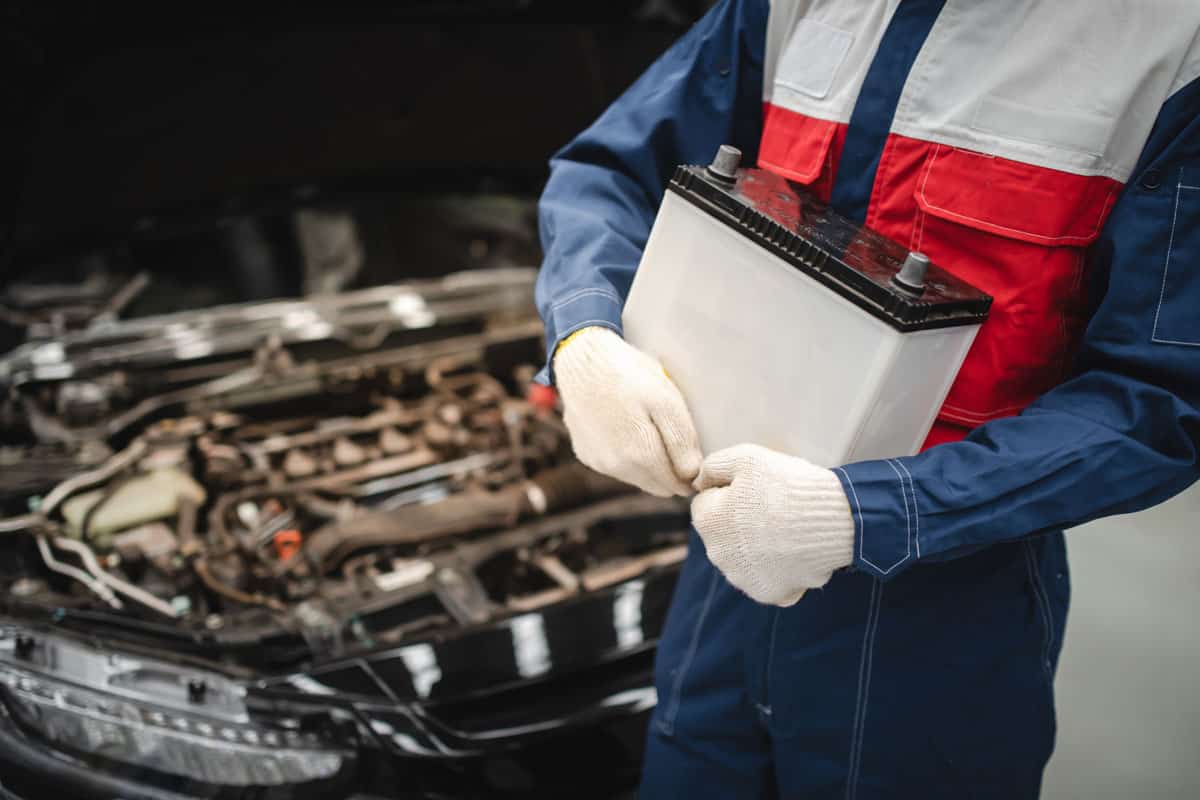 Take note that it takes about 3 to 5 years before a car battery needs replacement. So you’ll typically know when to replace the battery if your vehicle starts experiencing issues, such as the engine not igniting after turning the key.

Corrosion in and/or around a car battery’s terminals can prevent it from providing sufficient power to the vehicle’s different systems, including the ignition. The cause of this problem is when the hydrogen gas released from the battery reacts with the battery’s sulfuric acid.

Many car batteries are quite durable to reduce the risks of corrosion on their terminals. However, the dangers of corrosion may be higher than usual if you overcharge or undercharge the battery.

Improper battery installations can also result in the engine not firing up after you turn your vehicle’s key. One symptom of loose connections to the car’s battery is when the vehicle jerks while driving. The frequent vibrations can loosen the wires further over time, leading to the engine failing to ignite.

A sudden surge of power from the battery can cause the fuel pump relay to go bad. Take note that this assembly is responsible to transfer and maintain consistent voltage from the ignition to the engine. If this part fails, turning the key in the ignition switch won’t start the vehicle.

Putting too much gasoline in the car’s gas tank might prevent air from circulating in the engine properly. That event may lead to the ignition failing to get in contact with the piston, which might result in engine failure.

The cold season can adversely affect your car’s engine and ignition. Low outside temperatures might lead to problems like the thickening of motor oil, which becomes a blockage and results in a dead battery.

If you believe that your car won’t start because of a cold battery, don't attempt to jumpstart the vehicle. Doing so can make the battery explode, which may result in serious burns if the chemical gets into contact with your skin and other body parts.

How Do You Replace An Ignition Switch By Yourself?

Sometimes a faulty ignition switch is a reason why your car fails to start after turning the key. Replacing this component may restore your vehicle’s serviceability. But make sure that your replacement ignition key module is compatible with your car or you might run into further issues.

Check out this universal ignition switch with key on Amazon.

You can also watch the video below to see a visual representation of this relatively fast replacement procedure:

How To Change Car Battery At Home? 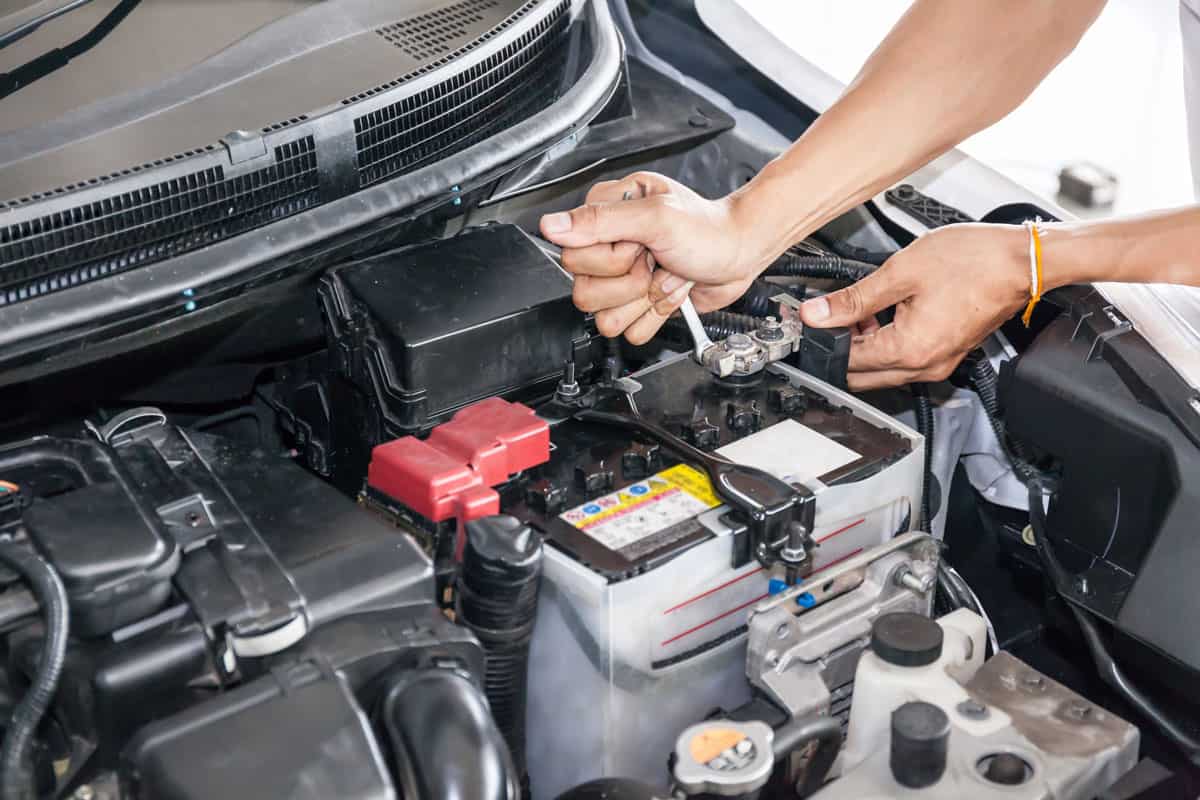 Before replacing the battery of your car to restore its functions, it's important to purchase a compatible replacement model. Avoid installing the wrong battery in your vehicle. Otherwise, it can cause the alternator to overheat, shortening that assembly’s lifespan and potentially bringing serious harm to the engine block.

Select the correct replacement car battery by thinking about certain factors to help you finalize your purchasing decision. Some of the things to take note of are:

After buying the correct replacement battery, ensure that the vehicle’s engine is off and continue the procedure by following these steps:

You may need to use a battery-cleaning solution and an anti-corrosion sealant on the battery’s terminals. Use these products if these posts are dirty or have some corrosion on them. Make sure to replace the terminals if you find them to have heavy corrosion.

Check out this replacement car battery on Amazon.

Watch the video below to see the steps mentioned above in action:

What Are The Steps To Jumpstart A Car Battery? 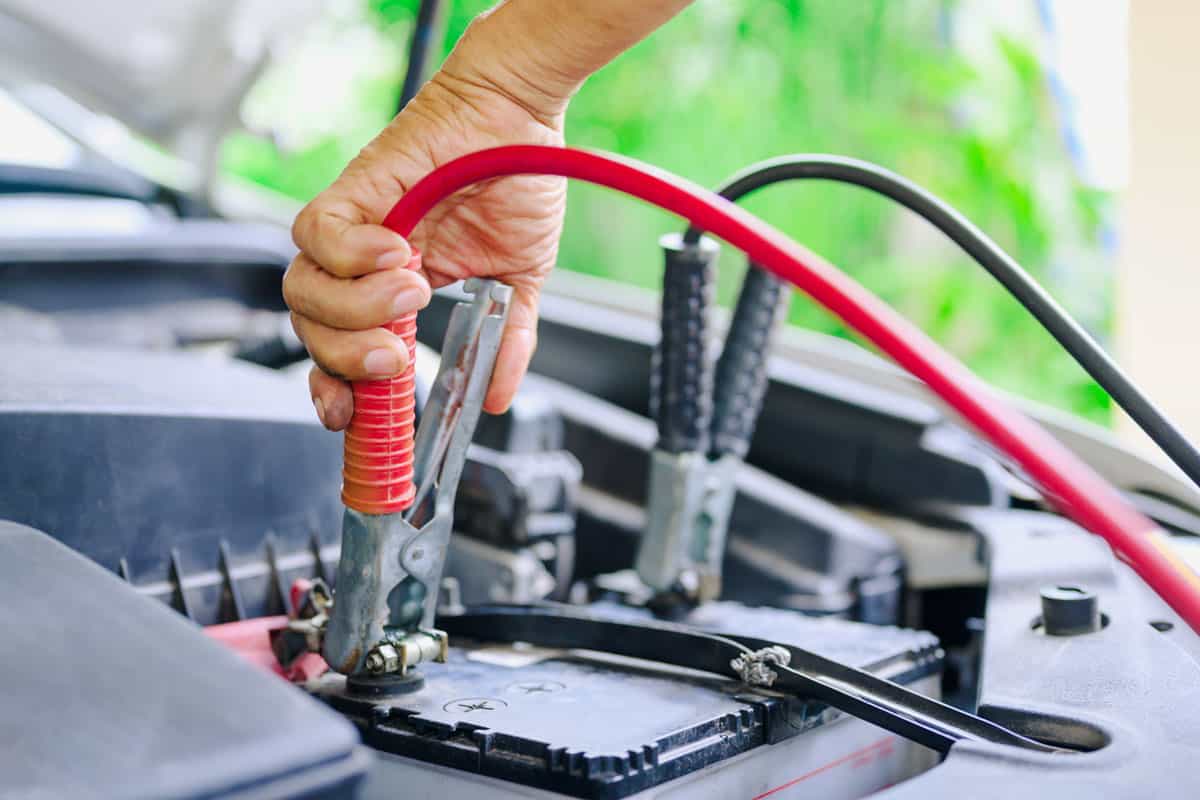 Jumpstarting a car battery needs the careful practice of proper safety precautions to prevent accidents and injuries. So before you jumpstart the battery of your car, make sure to:

After completing the necessary preparations, proceed with this task by following these steps: 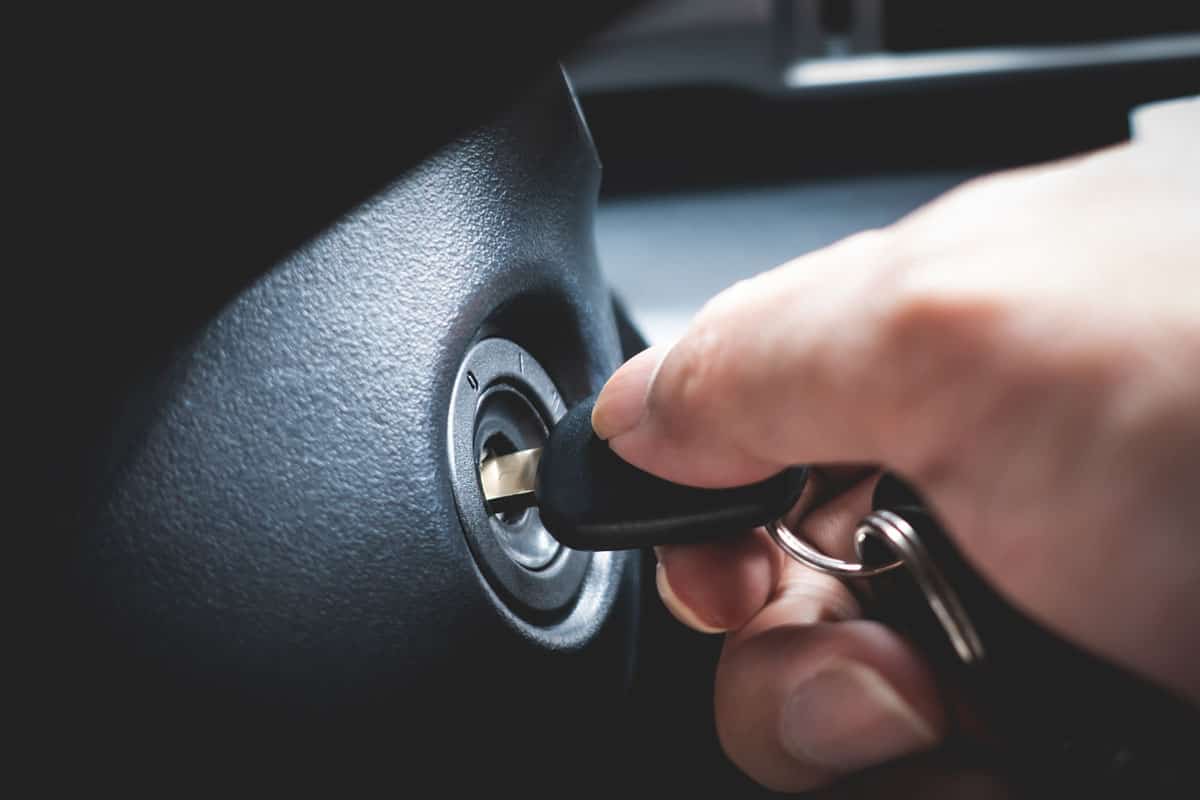 If turning the key in your car’s ignition switch doesn’t turn on the engine, the issue can come from a weak battery. Other problems that may lead to an engine or ignition failure are loose battery connections and engine leaks. Troubleshoot your vehicle first to find the source of the problem before attempting repairs to avoid increasing the number of concerns.

If you like this post, here are other relevant reads on potential issues on some car models:

Toyota Tacoma Not Starting – What Could Be Wrong?

Toyota Tundra Not Starting—What Could Be Wrong?