Dashcams have emerged as a popular accessory in recent years. The added security these devices give vehicle owners has many consumers insisting that the peace of mind is worth the investment.

But all investments need proper care and maintenance. You might wonder if it's okay to leave one plugged in at night. To get you the answer to this question, we researched this technology from multiple professional sources, so you'll know for sure what to do.

To avoid the risk of draining your vehicle's battery, leaving your dashcam plugged in overnight is not recommended. The power it requires to run could mean waking up to a dead battery.

Now that we know that you should not leave your dashcam plugged in overnight, we'll look at how these devices can be powered. You might also be curious if dashcams record when the vehicle is off or if a dashcam always needs to be plugged in.

For the answers to these questions and more, read ahead in this post and see what our research has uncovered. 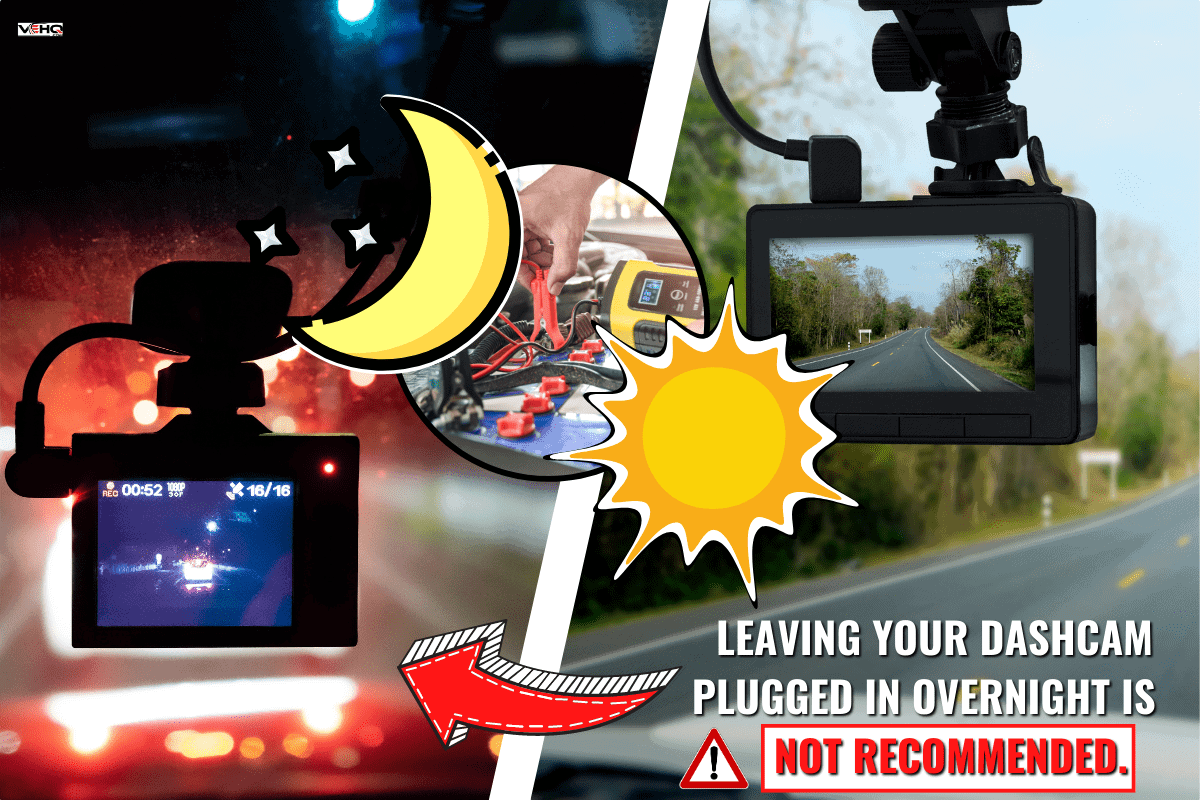 A dashcam can be powered in one of several ways.

In most cases, it's pretty fast to set your dashcam up. But it will need a steady power supply before it can be operational.

There are several ways that this can be done. They range from quick and easy to one that will probably require the help of a professional. Evaluate the following methods to determine which one is right for you.

The best power source is to have the dashcam hardwired into the vehicle's electrical system.

The most effective way to power your dashcam is to have it draw power from your vehicle's electrical system directly. This will require the dashcam to be hardwired into it, which isn't as simple as just plugging it into a socket.

This method will most likely require that a professional get involved. While this will cost a bit for the labor and time, many feel it's worth the expense. You're ensuring that the dashcam has the juice to operate anytime the vehicle is on.

Additionally, this makes your dashcam able to go into parking mode much easier.

Many dash cams can be plugged into the vehicle's 12V socket

You can look for the 12V socket onboard to plug your dashcam into. For those who might not know, the 12V outlet is where the cigarette lighter used to plug into.

Pop the plug into the outlet, and your dashcam will be powered up and ready to record. Just be sure to unplug it when the car isn't running so the device won't be a phantom drain on the battery.

You can get an external power source for some dashcams

External power sources can also be purchased to power your dashcam. These would have you plug your dashcam directly into them, freeing up the 12V outlet for other devices.

These external power sources will have battery life that varies greatly and is generally the least favorable method to give your dashcam life. But they will do it in a pinch!

Do dashcam record when the vehicle is turned off?

Dashcams provide an additional layer of security when installed in your vehicle. They can effectively deter crimes against your car or truck, warding off would-be thieves and vandals. But not all dashcams will operate when the vehicle isn't on.

A dashcam must be in parking mode to record when the car is off. This mode will keep the camera going, drawing power from either an external power source or from being hardwired into the vehicle's electrical system.

Alternately, if your dashcam is plugged into a 12V socket, it can draw power that way if the ignition key is on.

For parking mode to not drain your car's battery, look for a model with its own lithium rechargeable batteries. This will keep the power of the dashcam on long after the power from the vehicle has been cut off. It will save the juice from the car battery, and the lithium batteries will recharge the next time you drive your vehicle. 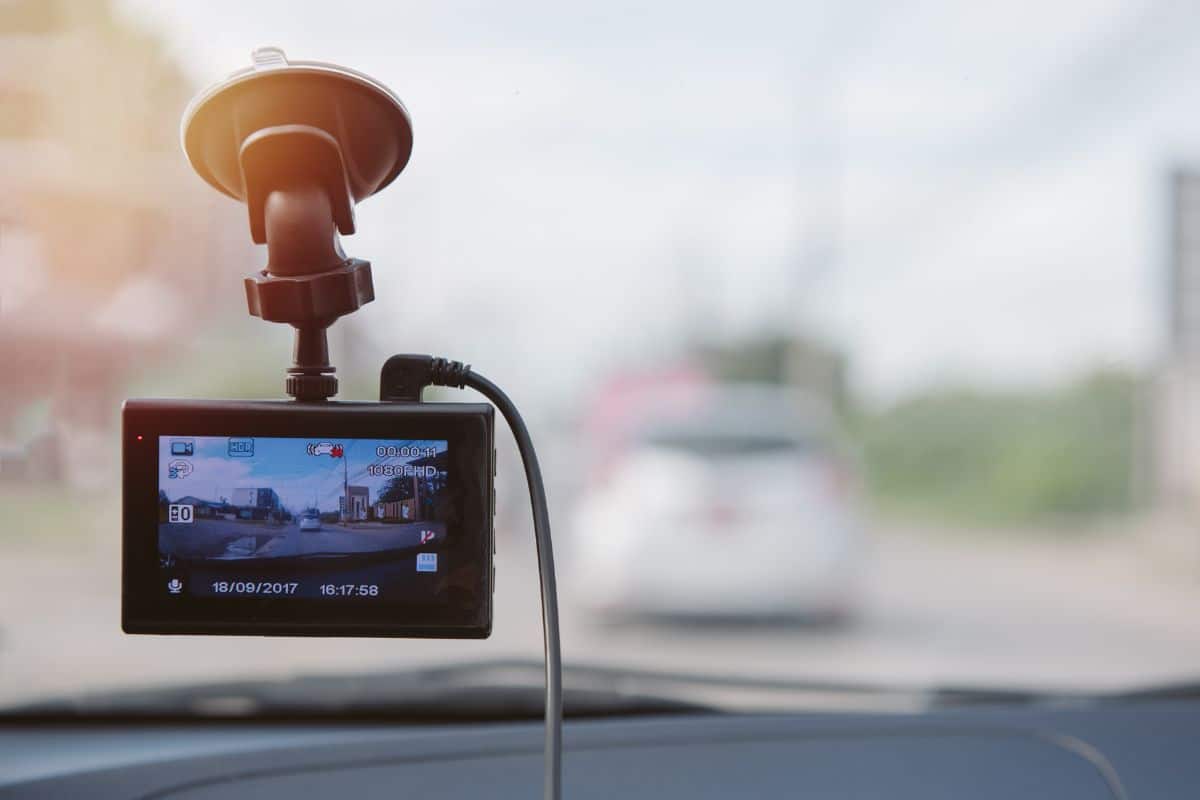 Does a dashcam always need to be plugged in?

You've probably seen dashcams that plug right into a 12V socket. Typically, these models must be plugged in with the car on to get power. These models will not usually have backup lithium batteries, so they will rely on your car's battery for power.

But many model dashcams do have backup batteries. If you have one equipped with them, they will not always have to be plugged into work. When the power source from the vehicle is removed, the lithium batteries will take over, powering the device.

The lithium batteries will work for hours before they need to be charged again. They get recharged by plugging the device back in and letting the vehicle's battery give it more life. 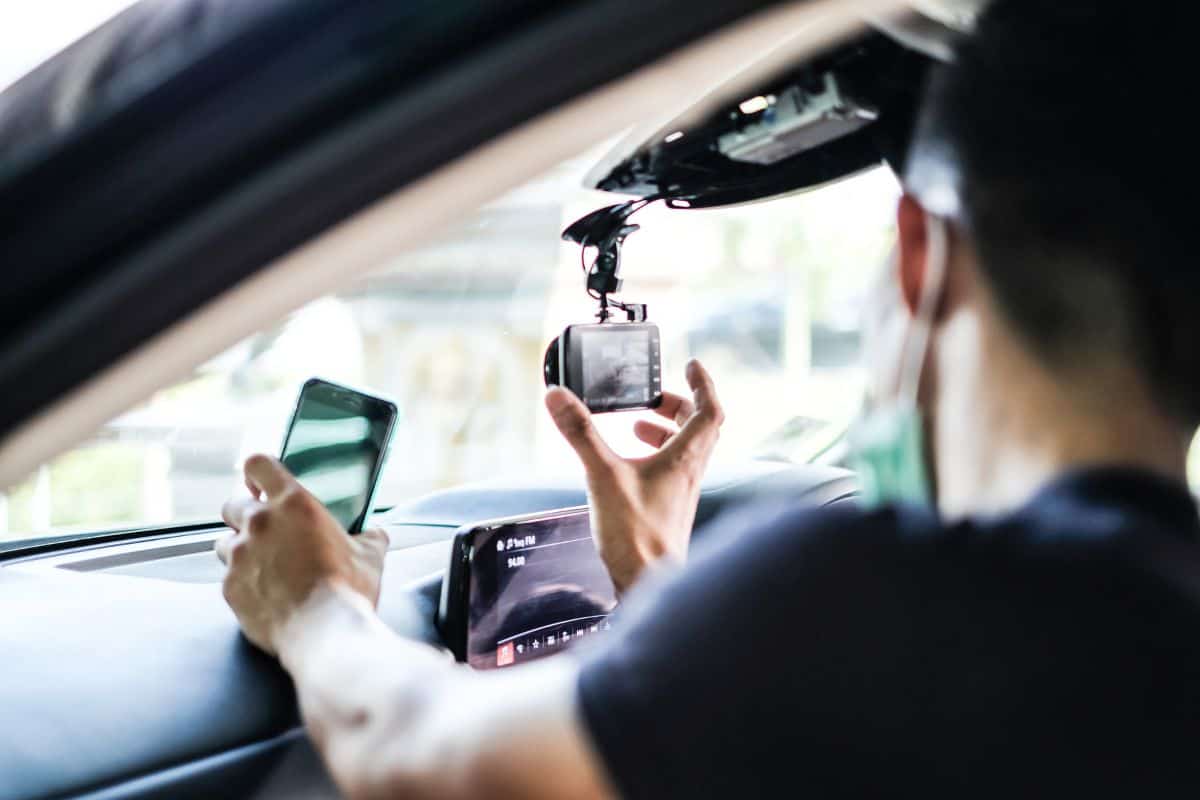 Can dashcam footage be used against you?

Dashcams are great devices to give you an added layer of security in the event of an accident. Dashcam footage can be used in court to prove that your word is correct, validating or exonerating you in front of a judge. But this same technology can also work against your favor.

If you are at fault and your dashcam catches it, the footage can be used against you. The footage is neutral, showing law enforcement and the court what happened from that angle. If it shows that an accident is from your negligence, expect the footage to doom your case.

Dashcam footage has been used by plenty of police officers, attorneys, and insurance companies to prove a case for [or against] a person. Though it can save you, it also gives you an extra incentive to be a mindful and lawful driver. 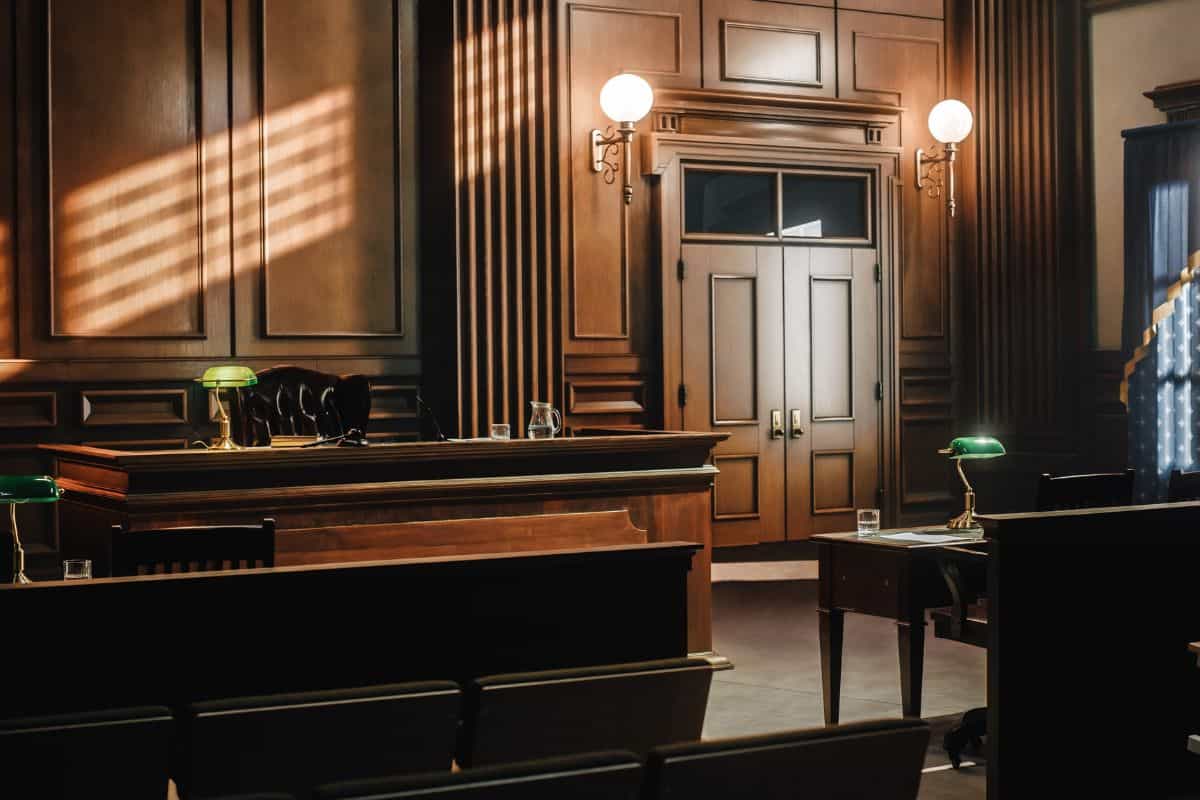 Can police seize your dashcam footage?

You've got your dashcam mounted and ready to record. You paid for it, you had it professionally wired, and you're the one in control of it. But that doesn't mean that law enforcement cannot take it if they have a good reason to.

If your camera records a crime, the police will likely want to view it for their investigation. In most cases, they'll politely ask you for it. You might be able to refuse, but the chances are pretty great that they'll return with a subpoena that gives them the legal right to take it from you.

Even if the dashcam shows that you're at fault, you'll only make things worse for yourself by not cooperating with the law. And if you alter or erase the footage, you can get into even more trouble for tampering with evidence or obstructing justice. It's always best to cooperate politely. 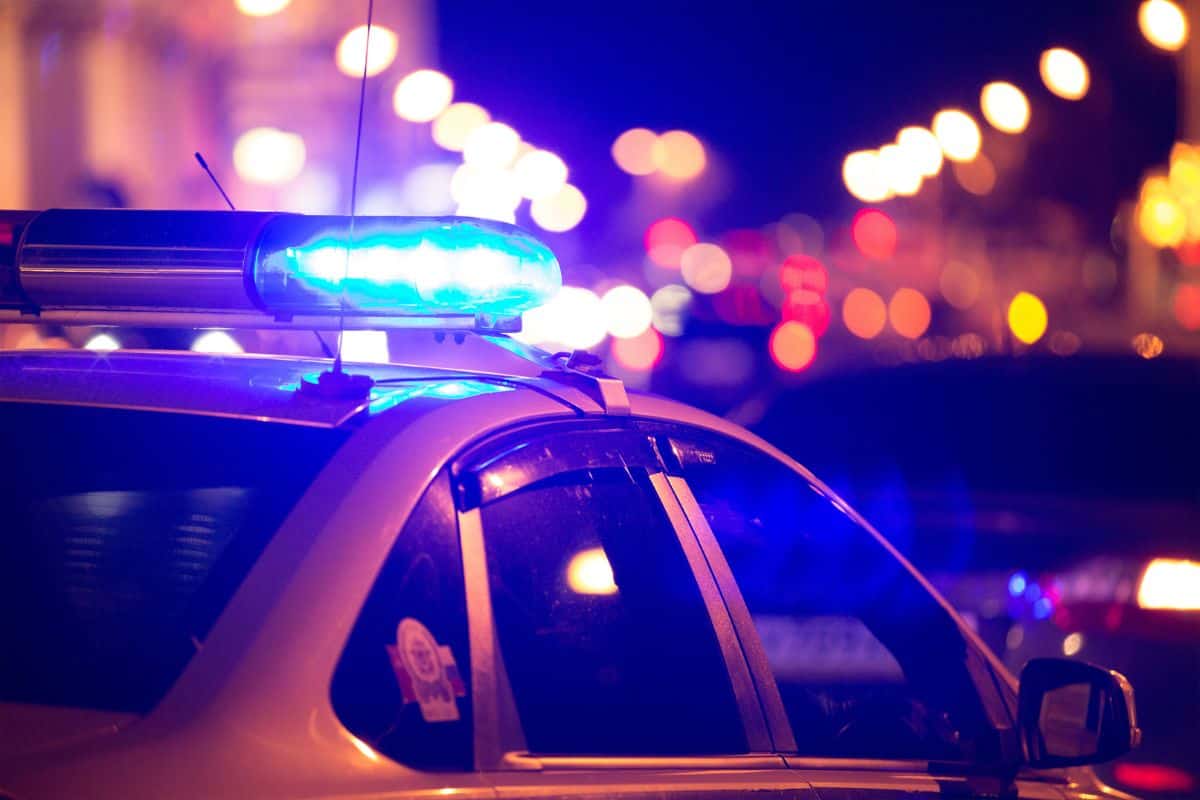 How long will it take for a dashcam to drain my battery?

We've already established that a dashcam can drain a vehicle's battery if left plugged in. How long this will take will depend on several variables, however.

If you place a dashcam in parking mode, it will continue to work, drawing power from the car battery. Generally, if it is left in this mode for 24 to 48 hours, it will siphon off enough power that the car will not turn over the next time you go to start it. But how old and worn your battery plays a significant role.

If your battery is on its last legs, expect the dashcam to drain it much quicker. It's a good idea to avoid this mode if your battery is more than a few years old or has been left to die several times.

Dashcams use power from your vehicle's battery to run, and leaving them plugged in overnight can create a phantom drain on that battery.

It's best to unplug them when not in use or get one that is hardwired into your vehicle's electrical system so that it won't draw power without the car being on. The camera footage can back up your story or validate someone else's. Use it lawfully and wisely!

We hope this post on dashcams answers all your questions. For additional information, we suggest reading the following posts:

Do You Need To Charge Your Battery After Replacing The Alternator?

How To Use A Diehard Battery Charger [Step By Step Guide]