Like many car manufacturers, Ford produces engine coolants for their own vehicles.  Ford's engineers recommend different coolants for various models, but what exactly are the colors of these coolants?  We've researched for you, and here is what we found.

With five different colors, you may well wonder what each of them means.  Continue reading to learn more about what they're made of, how they work, and if it's okay to mix the different coolant types. 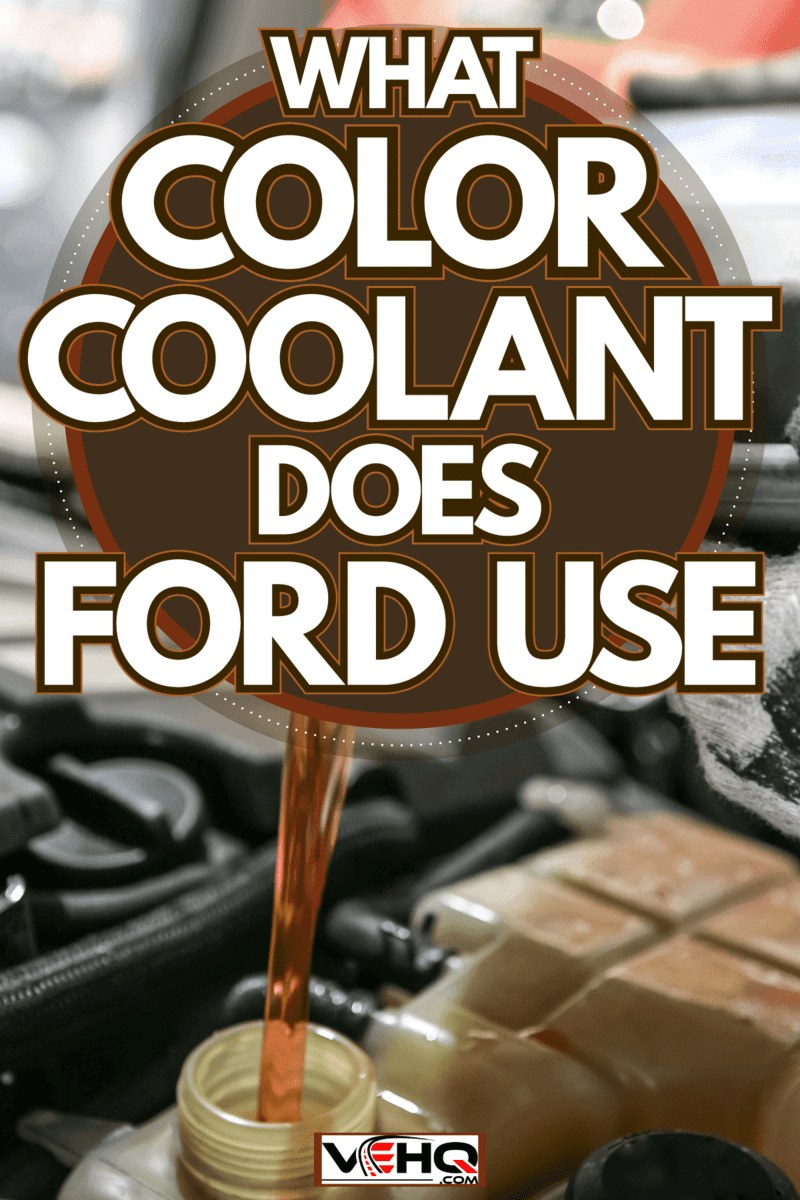 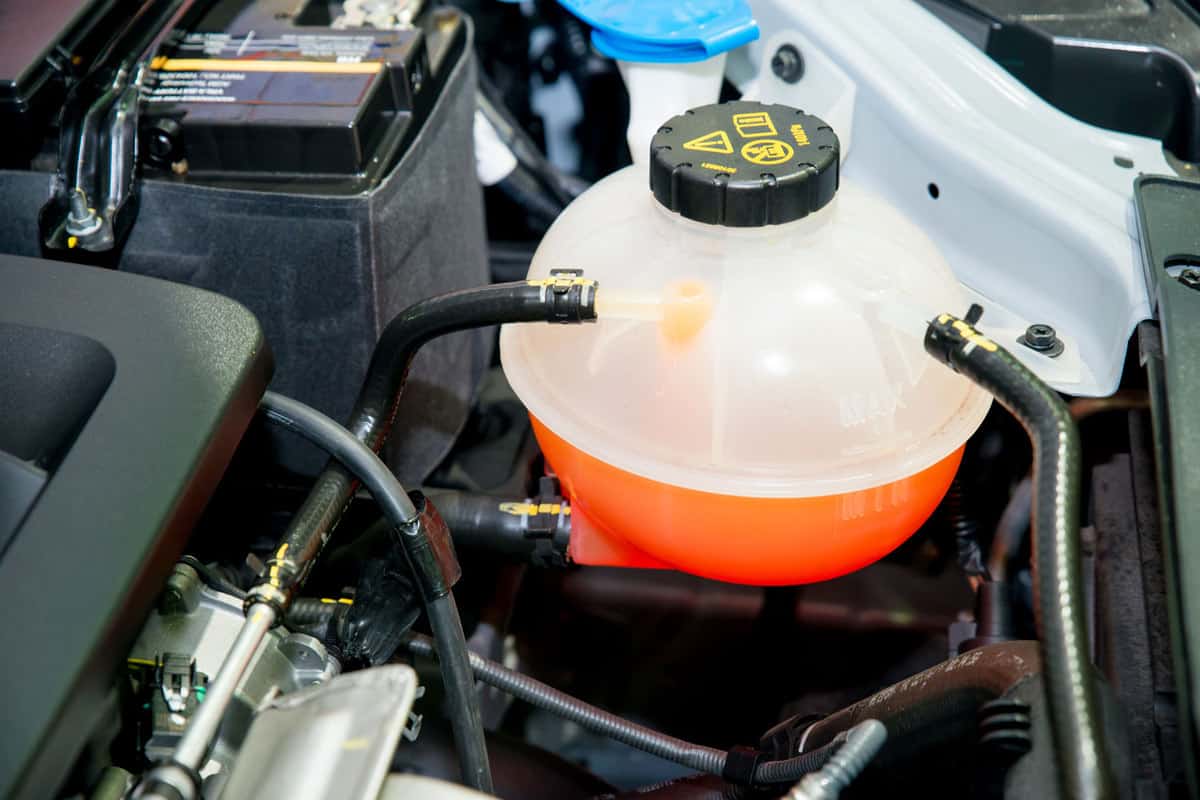 What are these coolants?

The Motorcraft Premium coolant is a fluorescent green IAT coolant that used silicates as corrosion inhibitors for Ford’s cast-iron engine blocks.  Ford recommends it for both gasoline and diesel engines for most car makes of model year (MY) 2002 and earlier.

Motorcraft Premium came in both concentrated and pre-diluted packaging.

Check out this Motorcraft Premium Prediluted Coolant on Amazon!

When Ford replaced their cast-iron engines with lighter aluminum blocks, the green Motorcraft Premium coolant became obsolete.  The green coolant could not cool down the new blocks sufficiently, and the aluminum material did not need high corrosion protection.

Ford developed the Motorcraft Gold coolant to address this gap.  Motorcraft Gold is a light yellow HOAT coolant that Ford started using for most of its 2002 to 2010 MY cars.  This coolant is also compatible with the older gas and diesel cast-iron engines.

Motorcraft Gold had both concentrated and pre-diluted variants.

Check out this Motorcraft Gold Prediluted Coolant on Amazon!

The Motorcraft Specialty Green coolant was introduced for a few models that Ford co-developed with Mazda from 2009 to 2011.  This dark green coolant is Ford's first P-OAT variant, and it is compatible only with gasoline engines.

Motorcraft released the Specialty Green coolant only in concentrated form.

Check out this Motorcraft Specialty Green Coolant on Amazon!

From 2011 to 2018, Ford used Motorcraft Orange coolant for almost all models in the line-up.  This orange coolant was Motorcraft's first OAT coolant, and it was compatible with both gasoline and diesel engines.

Motorcraft Orange comes in both concentrated and pre-diluted packaging.

See below for an image of a gallon of concentrated Motorcraft Orange coolant.

After 2018, this dark yellow coolant became the replacement for Motorcraft Orange for both gasoline and diesel engines.

Motorcraft Yellow is a P-OAT that offers better protection and a longer lifespan compared to Motorcraft Orange.  The manufacturer claims that this yellow P-OAT is backward-compatible with both Motorcraft Orange and Motorcraft Specialty Green.

Motorcraft Yellow has both concentrated and pre-diluted variants.

Check out this Motorcraft Yellow Concentrated Coolant on Amazon!

Why Do Coolants Have Different Colors?

Coolant manufacturers add colored dyes to their products because of a few reasons, including the following: 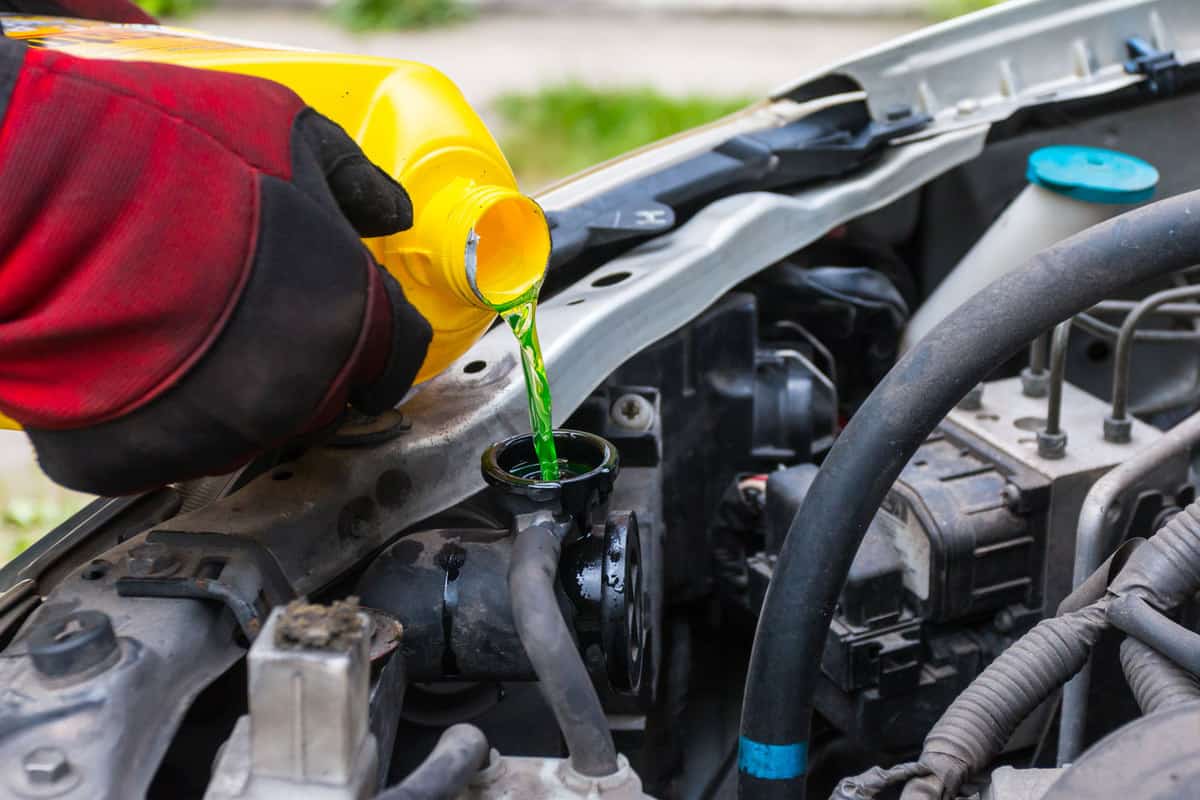 During the 20th century, coolant color often indicated the coolant type.  Nowadays, however, this is not the case.

While the old IAT coolants were almost always green, today's coolants come in different colors that may depend on the coolant type or the manufacturer's color scheme.  In short, coolant color is no longer a reliable basis for coolant type.

Should I Use Other Coolants For Ford Cars?

In case your coolant leaks and you cannot find the recommended Motorcraft products immediately, you might want to know your temporary alternatives.

Some leading aftermarket fluid manufacturers have developed HOAT and P-OAT coolants with formulations that are close to Motorcraft's coolants.

Is It Okay To Mix Different Coolant Types?

Motorcraft coolants have been formulated for the specific requirements of Ford vehicles.  Mixing different types of coolants can lead to engine problems that can void the vehicle's warranty.

For instance, IAT and OAT coolants can reduce each other's corrosion-inhibiting capabilities when mixed.  Additionally, an improper coolant mixture can create deposits that can clog or damage the radiator and cause it to leak or fail.

If you experience any coolant leakage, be sure to check out this article:

Car Leaking Coolant - What to Do?

What is an Engine Coolant? 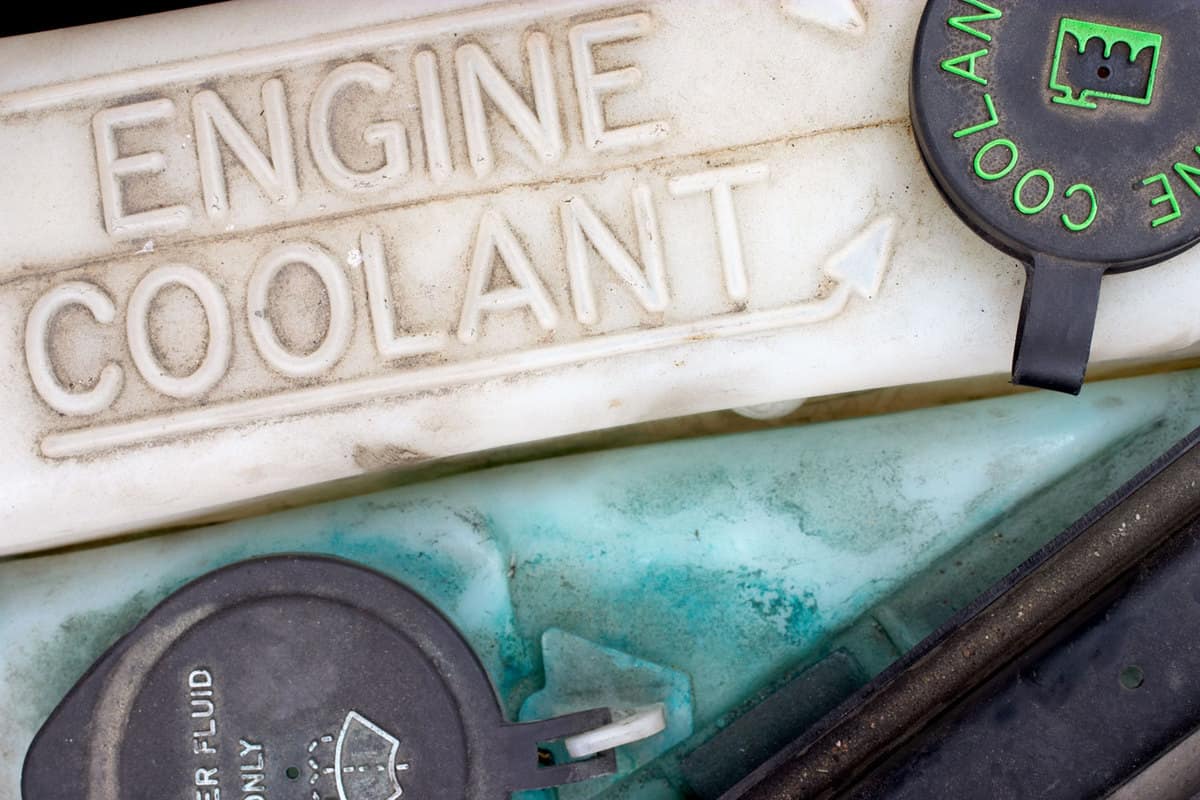 A running engine retains a third of the heat that it produces, and this translates to temperatures between 600 and 1,500 degrees Fahrenheit.

If the engine heats up beyond 1,200 degrees, it can melt its own aluminum components.  The vehicle's cooling system, which includes the coolant, is responsible for regulating this heat.

An engine coolant also acts as a lubricant and corrosion inhibitor for engine parts such as the water pump, head gasket, and others.

For more information on this topic, be sure to check out our article:

What Are Engine Coolants Made Of?

Most coolant products consist of an ethylene glycol (EG) base, additives, coloring, and water.  Some other coolants use propylene glycol (PG) instead of EG.

Both EG and PG have higher boiling points and lower freezing points than water.  Between the two glycols, EG is better than PG for regulating temperatures.  However, PG is less toxic than EG.

Additives like phosphates and silicates are responsible for lubrication and rust protection.

How Do Engine Coolants Work?

Many coolant products come either in pre-diluted form or in concentrate form that requires dilution with water.

Once the solution cools down in the radiator, it is ready for another cycle. 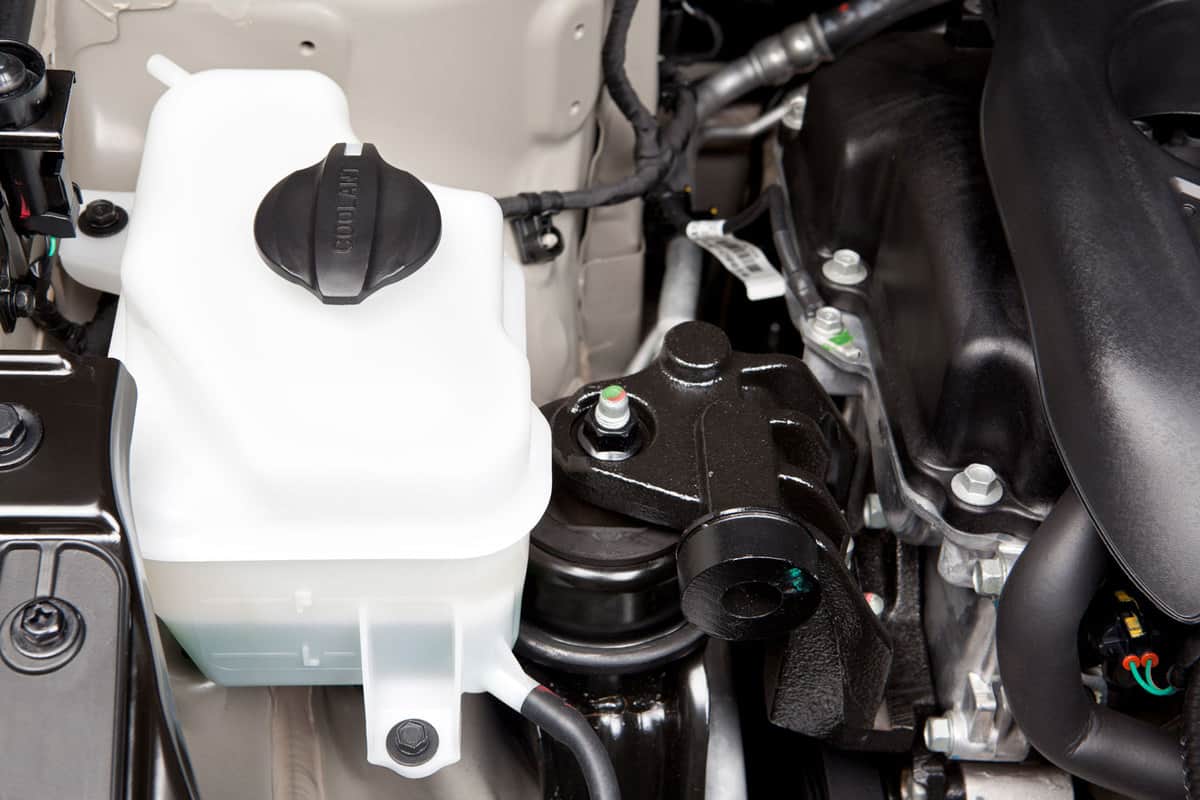 While all coolant products are glycol-based, they differ mostly because of their additives.

IAT coolants have inorganic additives like phosphates and silicates that protect engines well from corrosion.  These coolants are commonly used for older cars because these vehicles had iron engines that were prone to corrosion.

OAT coolants gained popularity during the early 2000s.  As the name implies, OAT coolants have purely organic corrosion inhibitors.  They offer less protection for older engines, but they last longer than the older IAT coolants.

"Lobrid" is a relatively new term that refers to a subset of HOAT Coolants.  Compared to HOAT coolants, Lobrid coolants use more organic additives and less mineral inhibitors in their formulation.  Lobrid coolants include:

How Often Should I Replace Coolants? 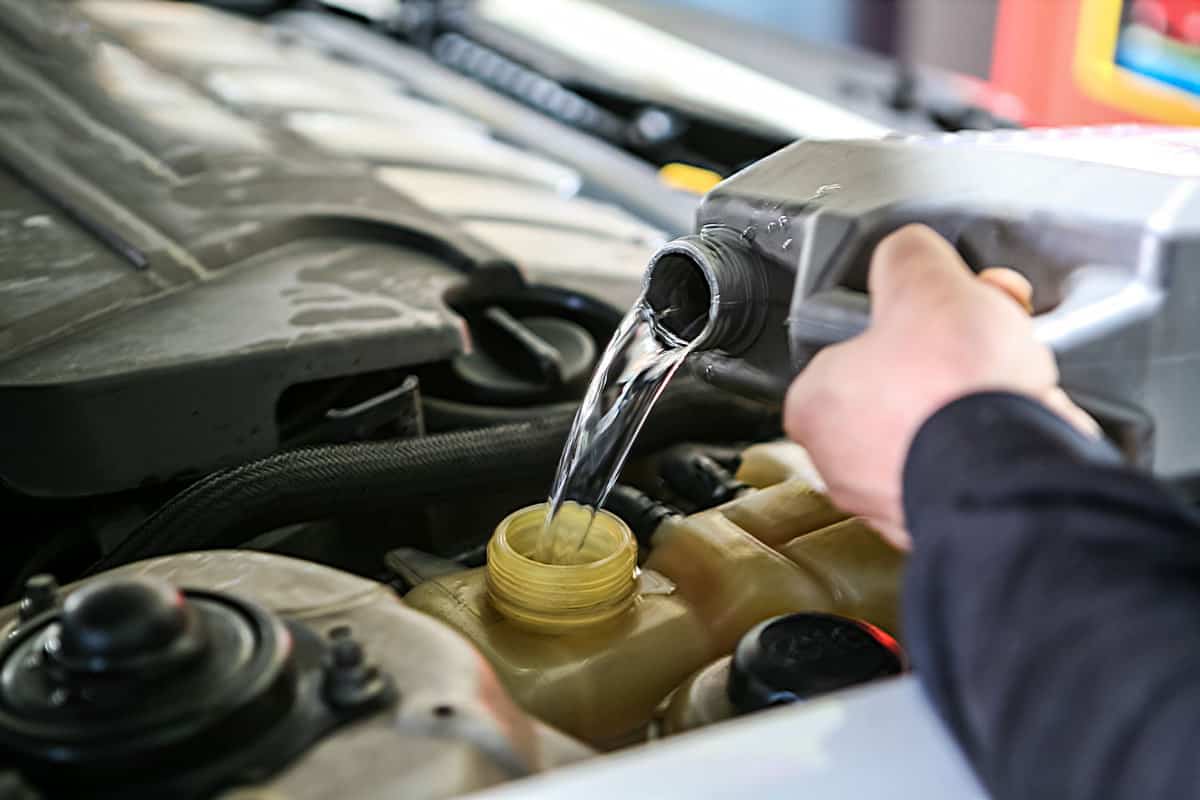 Complete coolant flushing is crucial because simple radiator draining will leave roughly 30% of the old coolant in the engine block.  The old, degraded coolant may have sludges and sediments that can mix with the new coolant and cause future problems.

Below are some examples of severe driving conditions. 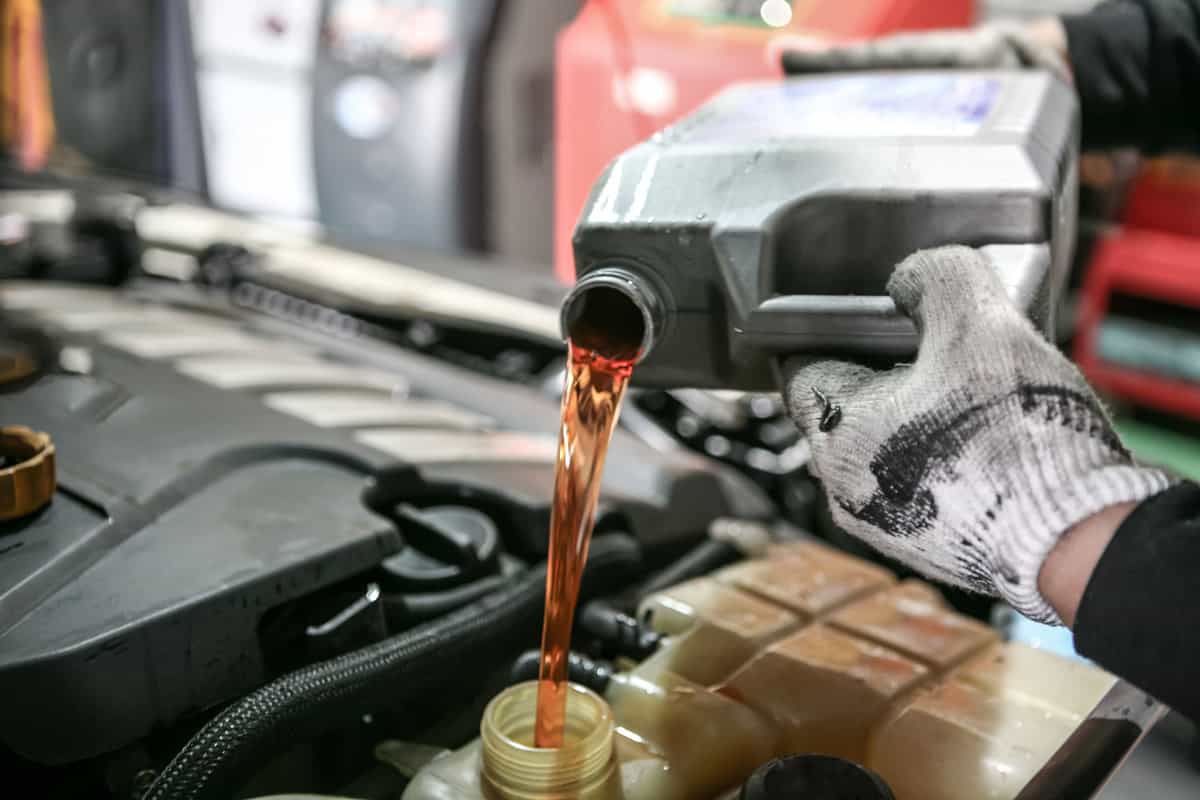 Ford uses five different colors of Motorcraft coolants.  These coolants are color-coded to indicate the coolant type and compatibility with various Ford models.

Thank you for reading, and we hope we were able to help you understand Ford's coolants better.

For more information about Ford cars, check out these articles.

What Are the Best Ford Diesel Engines?

How To Disable Engine Idle Shutdown In A Ford

Can A Ford Ecosport Tow A Travel Trailer?