With an abundance of choices nowadays in gas, it is imperative to get things right the first time when choosing the one for your vehicle. We've asked professionals and industry experts to help you understand the different colored diesel fuels and why they are colored this way. Let's get right into it!

With that said, you might still be curious to learn more about the reasoning behind the differing colors of diesel. You might also be intrigued at how much the colored types of diesel are regulated by the government. For answers to these questions and many more, continue the rest of the article! 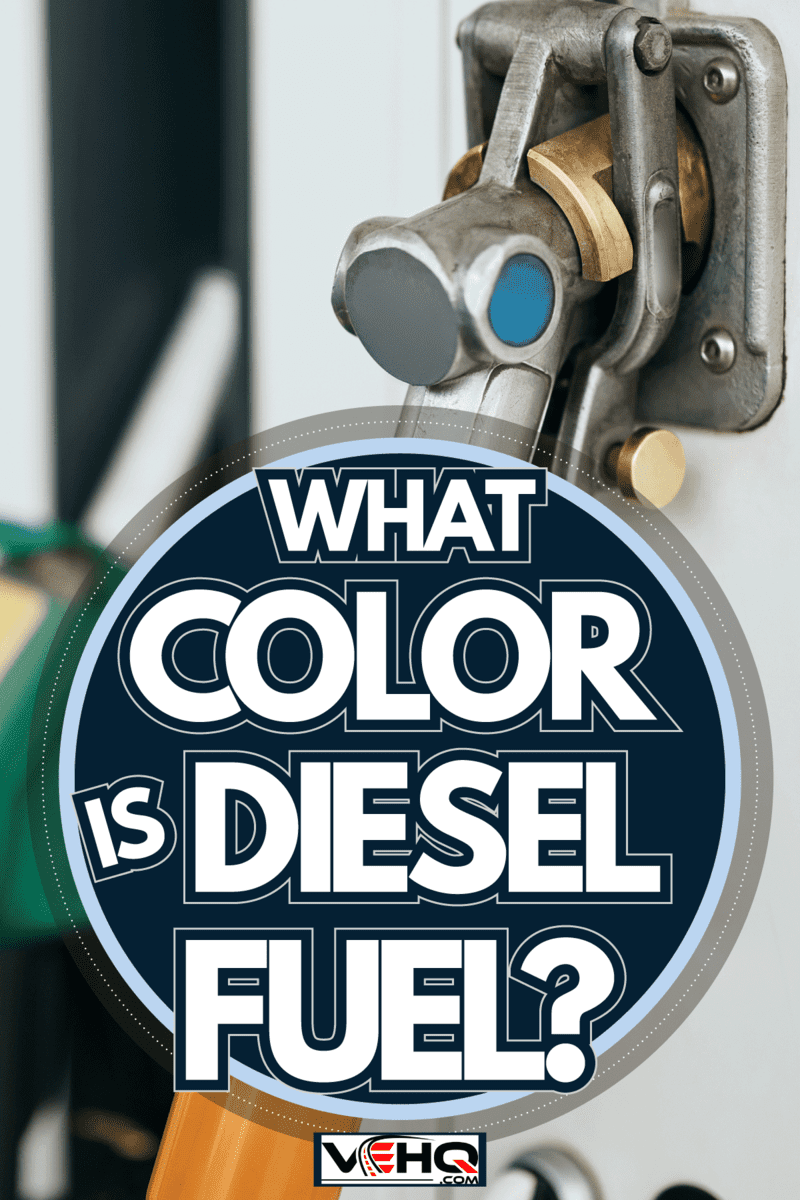 Diesel fuel, also known as distillate fuel oil, is used for vehicles with compression ignition engines. Named after its German inventor Rudolf Diesel, diesel fuel is created by refining crude oil and biomass materials. US  petroleum refineries can produce an average of 11 to 12 gallons of diesel fuel from each 42-gallon barrel of crude oil. 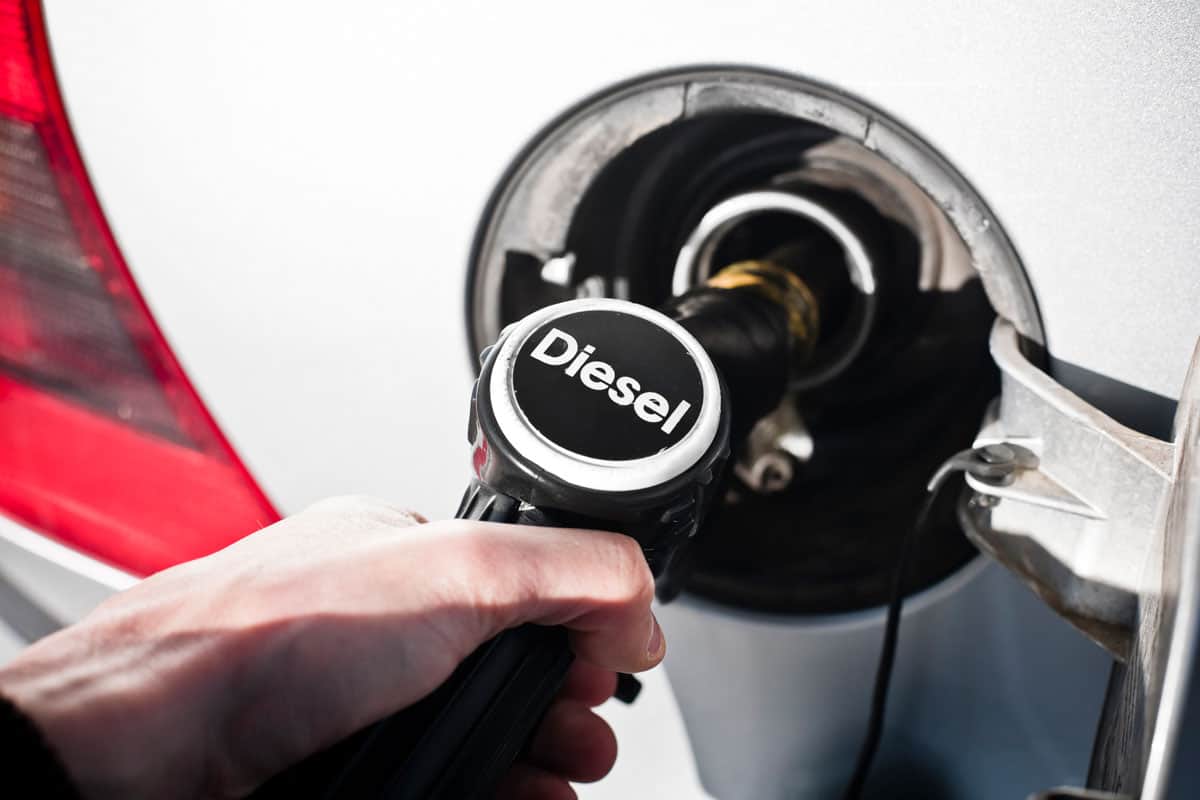 However, diesel is also widely utilized industrially. Factories, high-rise buildings, and many industrial facilities use diesel generators as their backup and emergency energy supply.

Diesel fuel has been an integral part of our modern economy and has been a key driver in pushing the bounds of technology.

This type of diesel is regulated by the US government and should be only used for non-road machines. Machines like cranes, earthmovers, forklifts, excavators, planes, boats, and farm equipment. Everything that is not your standard commuter vehicle, can use red-colored diesel.

But we know what you're thinking, is it the same as the regular diesel fuel you fill up your normal vehicle with? The answer is pretty clear, yes it is. Red-colored diesel is chemically identical to regular diesel fuel. The EPA just uses Solvent Red 26 or Solvent Red 164 to give this diesel its distinct color.

Blue-colored diesel is also heavily regulated by the US government. This diesel is specifically designated for use only by US government vehicles and not by the general public. It is dyed blue to visually separate it from normal diesel fuel.

Blue-colored diesel is also chemically identical to regular diesel fuel. A common misconception is that dyed fuels cause performance loss when used. There is no scientific evidence that this is the case. Dyes do not change the chemical make-up of the fuel, it just adds color.

Why Does The US Government Regulate Diesel? 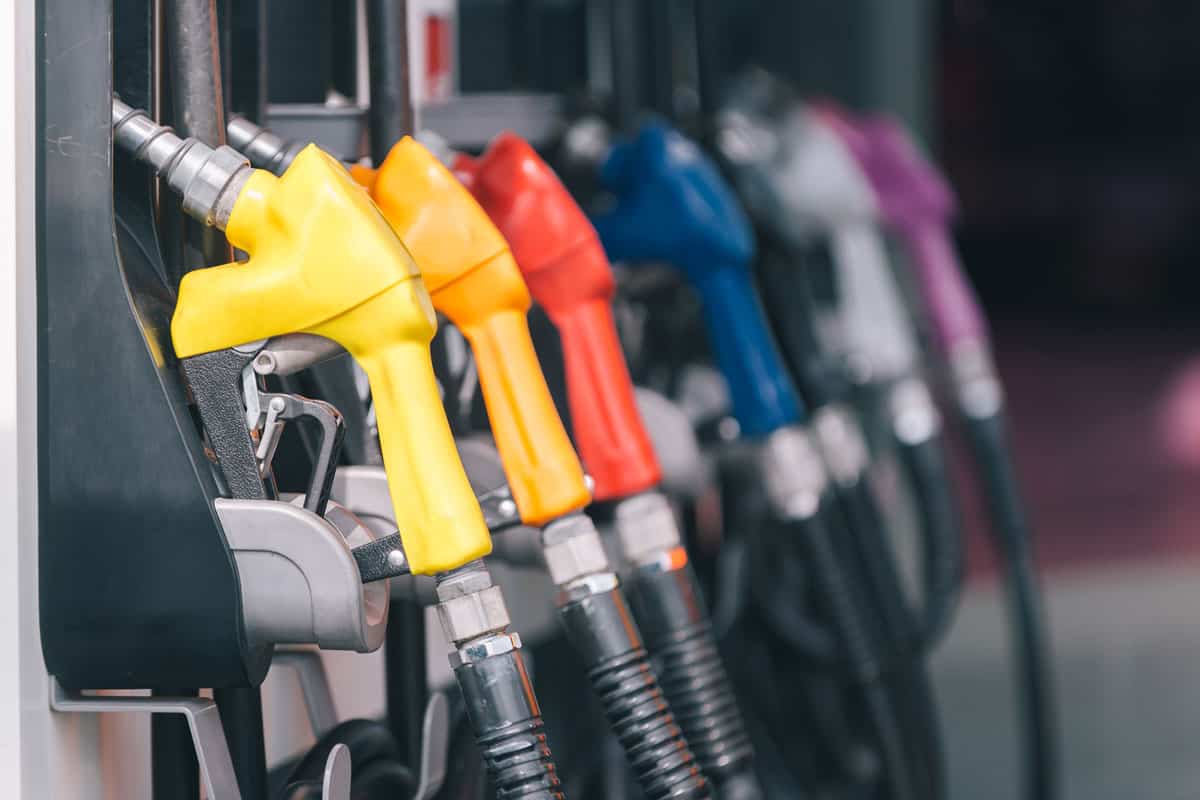 The US government, among other countries, imposes a fuel tax on all types of fuel at the point of sale. This is mandated by the US Federal Bureau. This fuel tax goes into the so-called Highway Trust Fund, which funds all the road construction, maintenance, and other transportation projects of the government including mass transit.

However, that is not all. Local states also impose fuel taxes and fees. Every state in the US has differing state taxes that add up on top of the federal fuel tax. On average, US citizens pay 52.64 cents per gallon for gasoline and 60.29 cents per gallon for diesel on taxes.

How Much Is The Fuel Tax On My State? 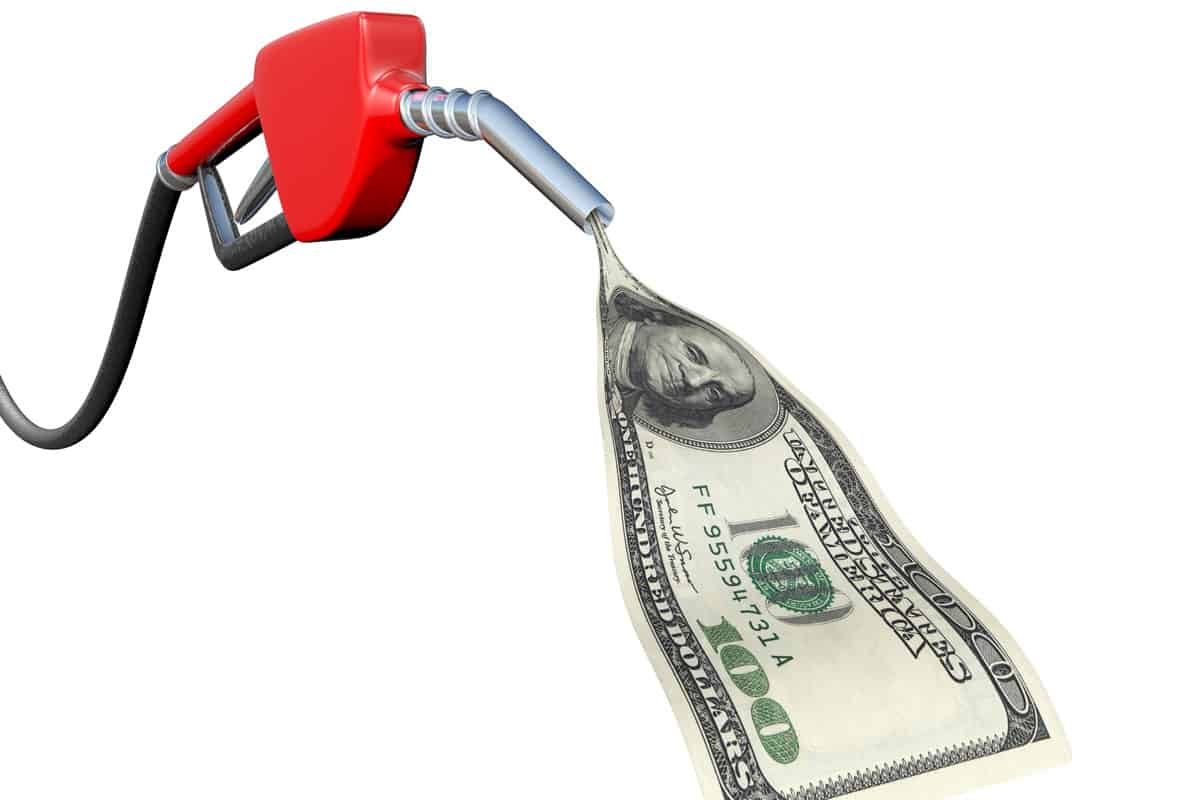 Since its conception, state fuel taxes have undergone many revisions. As of 2016, 19 states and the District of Columbia have fuel taxes that fluctuates following changes in fuel prices, inflation, and some other economic factors.

In most states, gasoline is exempt from sales tax. But, some states do collect full or partial sales tax on top of the excise tax.

For January 2022, the government released a list that includes all the local fuel taxes for each state, and California and Pennsylvania stood out for their high local fuel taxes.

Do Other Nations Also Have Taxes On Fuel?

A fuel tax, also known as gas tax or as fuel duty, has been around for a long time. Governments around the globe impose specific fuel taxes on their citizens with India having the highest fuel taxes in the world. But why do governments impose this fuel tax?

The logic is that by placing higher taxes on fossil fuels, it will be just as expensive as other types of fuels such as natural gas, biodiesel, and electric batteries. This leveling of prices will motivate consumers to instead use fuels that are more eco-friendly and sustainable.

How Much Does Red-colored Diesel Cost?

Below is a list of states in the US and how much you can save in cents,  per gallon by using red-colored diesel for your off-road equipment.

With information from the list above. We can see why a lot of people are tempted to use red-colored diesel for their daily commuting vehicles. However, the government specifically created this fuel type to help relieve farmers and other businesses from extra tax burdens when their equipment does not use public roads.

Can I Use Red-Colored Diesel For My On-road Vehicle? 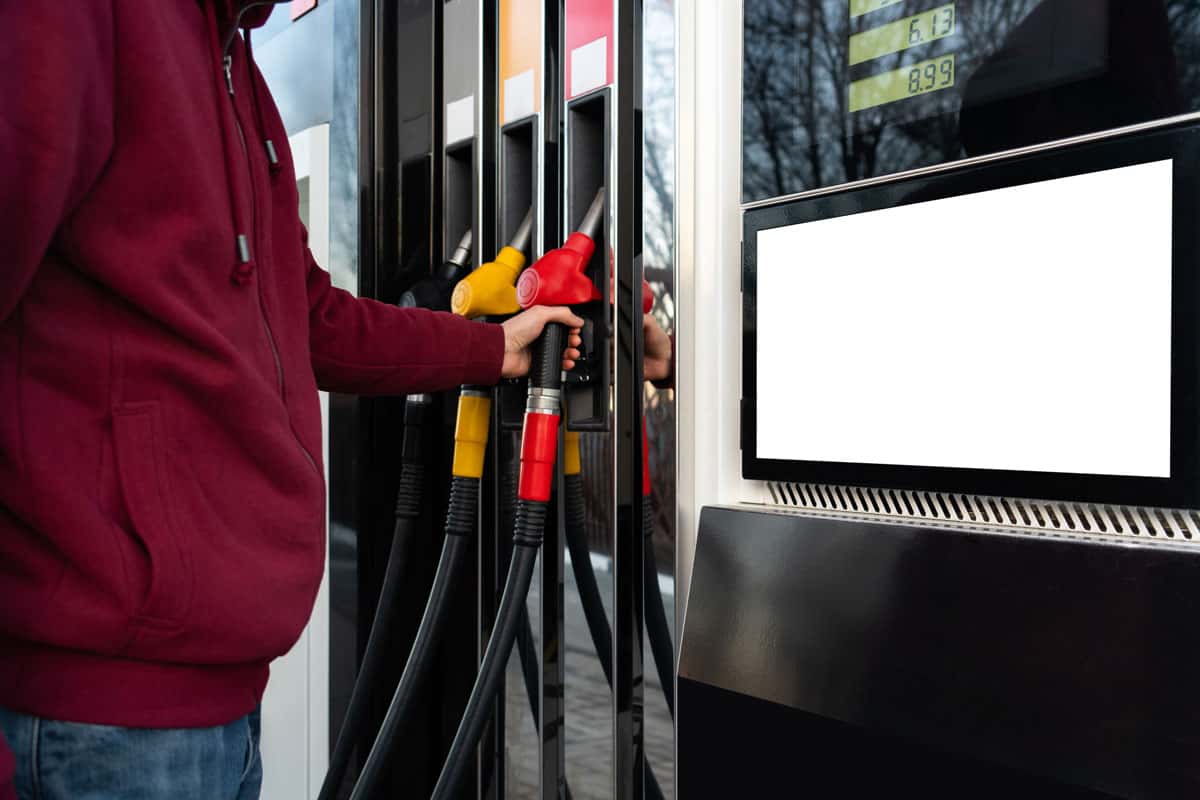 The short answer is a resounding no. It's illegal to use re-colored diesel for your vehicle. Because one of the projects that fuel taxes fund are road construction and rehabilitation projects which your on-road vehicle utilizes every single day.

If you get caught using red-colored diesel other than for its intended purpose can face multiple penalties and consequences. A first-time offender could face a fine of $1,000 or $10 per gallon of the capacity of the fuel tank, whichever is greater. This can also lead to criminal charges and being tagged as a tax evader.

Another thing to note, those fines and penalties will be multiplied and could be severely escalated to a higher court if you get caught repeatedly.

So now that you know the consequences of illegally using red-colored diesel, it is best to steer clear of them at gas stations because getting caught will cost you more money than what you can save from illegally using it. 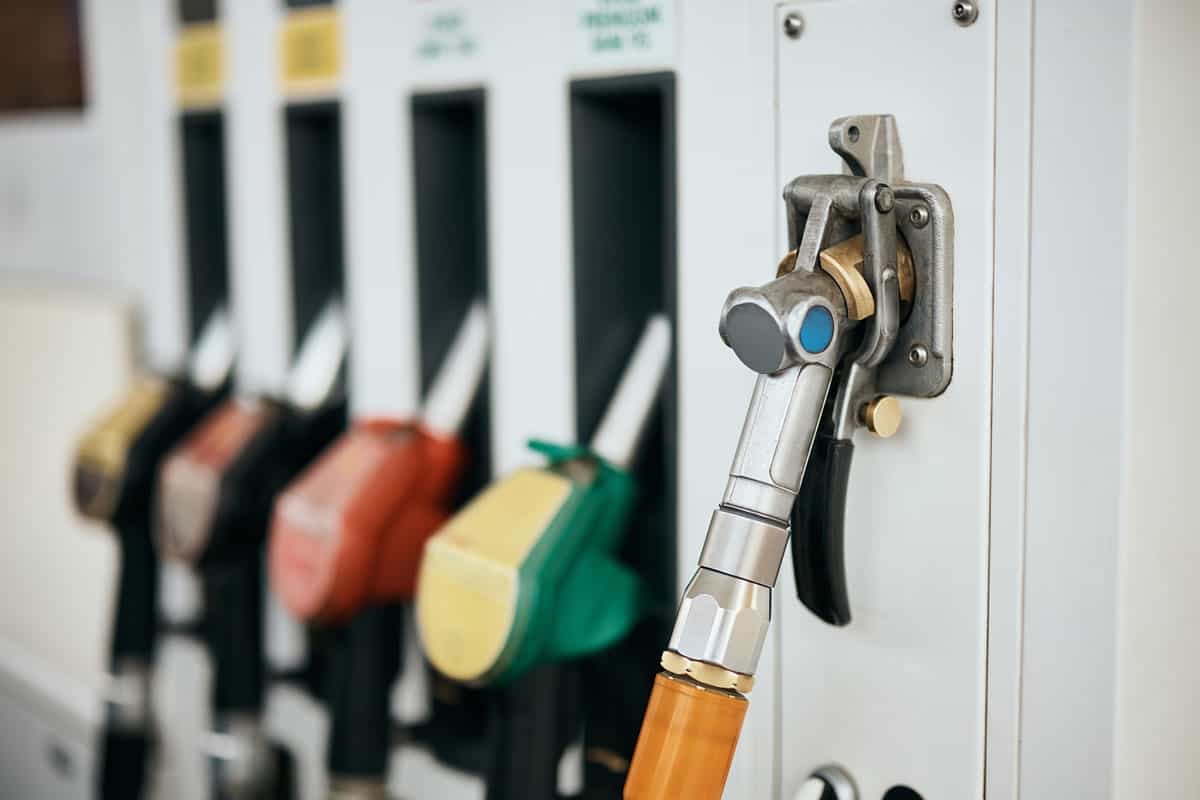 Diesel is an integral part of our daily lives. It indeed has more disadvantages than benefits when it comes to preserving our environment. But one cannot deny the role it played in creating our modern world. It powers almost all the equipment that cultivates our food and the machinery that keeps us warm and comfortable in our homes.

It is important to know the rules and regulations that govern the proper use of diesel fuel types. Firstly, as a regular on-road vehicle user, you could save yourself from a hefty fine and being tagged as a tax evader. And lastly, you could save your business a lot of money by utilizing off-road diesel for your off-road equipment.

Made it to the end? If you found this article insightful, you might also enjoy our other posts:

Can Diesel Go Bad? [And How Long Does It Last?]

Does Antifreeze Evaporate Over Time?

Oil Catch Can: Pros and Cons