If you’ve been around cars for any length of time, you’ve probably seen or heard Ford’s motto: Built Ford Tough. This slogan often comes at the end of an amazing commercial showcasing Ford’s latest automotive development, and it leaves a significant impression every single time. But what exactly does this famous slogan mean? We did the research to bring you the answer.

“Built Ford Tough” is a simple slogan that Ford uses to convey that their vehicles – namely trucks – are of very high quality. In addition, this slogan has come to embody the bold and pioneering American spirit, especially in regard to automotive engineering. This slogan has been used for over 40 years.

If you want to see more about Ford’s famous slogan, you’re in luck. In this guide, we’ll show some incredible Ford commercials, some funny Ford truck memes, and some merchandise that’s perfect for Ford fans. Without further ado, let’s get into it. 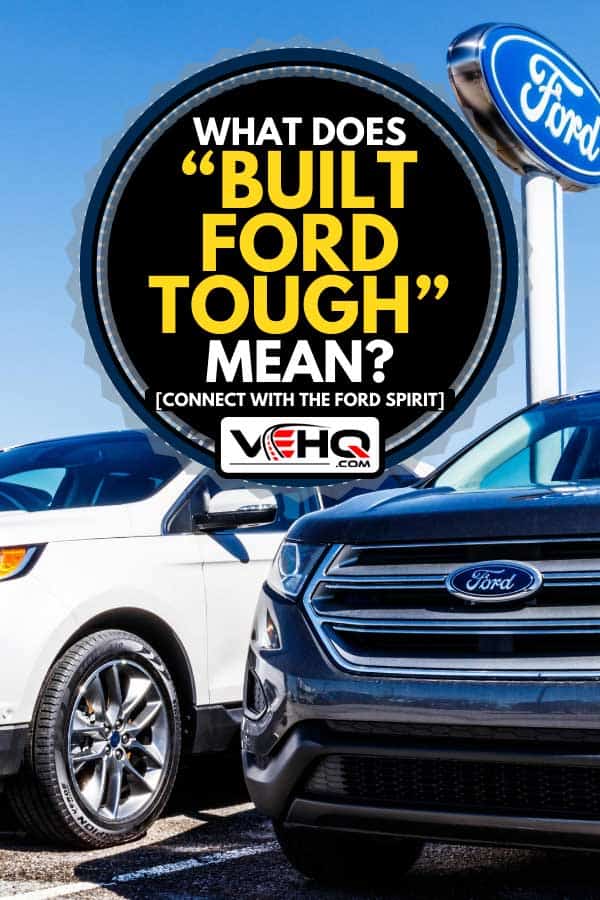 Now we’ll show you some iconic Ford commercials that highlight the company’s prestigious history as an American automotive manufacturer. The slogan “Built Ford Tough” has been popularized by Ford’s unique commercials that showcase their trucks’ capabilities.

This Ford commercial shows a convoy of F-series pickup trucks cruising along a desolate desert highway with miscellaneous equipment that highlights the American spirit in tow. Multiple generations of Ford pickup trucks are scattered throughout the formation, paying homage to Ford’s rich history as the most successful truck manufacturer in the world.

Toward the end of the commercial, the words “Built Ford Proud” appear on the screen, a spinoff of the company’s famous slogan intended to honor the past generations that have made Ford what it is today. This commercial leaves no doubt that Ford trucks are as tough as they come.

Built Ford Tough: Back It Up

This commercial highlights Ford’s recent decision to bring the Ranger back. Throughout the commercial, the Ranger’s strength and mechanical capabilities are put to the test in a gauntlet of tough events. What’s more, Ford shows off the new Ranger wrapped in a gorgeous orange coat of paint.

First, the Ranger drags a set of tree trunks weighing well over 4,000 pounds backward up a steep incline, a difficult task for the majority of trucks on the market. The commercial then highlights the Ranger’s latest technology that enables it to pull off such an incredible feat—namely the locking rear differential that makes the truck more efficient.

The Ranger’s second trial is to climb up a 45-degree incline with a bed full of logs, its maximum payload. During this test, Ford highlights the truck’s engineering that optimizes its performance under less than ideal conditions, specifically the engine design that doesn’t lose oil pressure on an incline.

And thanks to the Ranger’s strong transmission, it is able to easily scale the incline. The slogan “Built Ford Tough” certainly applies to Ford’s robust engineering as well.

Everyone loves a good meme, and there are plenty that provide a humorous take on Ford’s strength and reliability.

This meme stokes the flame of the classic Ford vs. Chevy rivalry. It shows a big F-250 pulling a wrecked Chevy truck out of a ditch, highlighting the strength and reliability of Ford trucks. Ford truck owners will definitely get a kick out of this one!

If you’re a Ford fan through and through, what better way to display your pride than with a shirt that bears the company’s famous slogan?

This t-shirt has a vintage look and feel, and it exudes the Ford spirit. Its neutral distressed coloring means it will look perfect with any outfit. It’s available in multiple sizes. This shirt is an officially licensed Ford product.

If black is more your color, consider this t-shirt. It features Ford’s iconic slogan with a distressed appearance. This shirt is also an officially licensed Ford product.

This shirt is grey with distressed, vintage lettering. It’s available in a number of sizes, so you’re sure to find the perfect fit. The combination of the slogan and the deer skull and antlers is the perfect embodiment of the American spirit. This shirt is also an officially licensed Ford product.

There is also a variety of other merchandise that showcases Ford’s proud heritage.

This ball cap is embroidered with Ford’s famous slogan and a deer—the perfect combination to represent the American spirit. It’s also an officially licensed Ford product. The hat is made of 100% cotton, and it has a velcro closure at the back.

This hitch cover is the perfect addition to any Ford truck. The hitch cover emblem is made out of chrome-plated brass metal. It also comes with a locking mechanism to prevent theft. It’s also an officially licensed Ford product. With this accessory, you can better display your pride in the toughest truck manufacturer.

There’s no better way to drink coffee than with this Built Ford Tough mug. It holds 11 ounces, and it’s an officially licensed Ford product.

We hope this guide has helped you better understand the iconic slogan that has shaped Ford’s reputation over the years. “Built Ford Tough” is Ford’s simple slogan that represents years of dedication to creating the best trucks on the road. Before you go, be sure to check out these other guides that might be of interest:

What’s The Average Gas Mileage For A Ford F-150 Truck?

How Big a Travel Trailer Can an F-150 Pull? [Towing Capacity]

Is the Toyota Tacoma a Good off Road Truck?

Grille Guards – Are They Worth the Investment?

How Much Weight Can A Truck Carry [By Truck Type]

Do Diesel Engines Have Spark Plugs?

Chevy Colorado Not Starting – What Could Be Wrong? 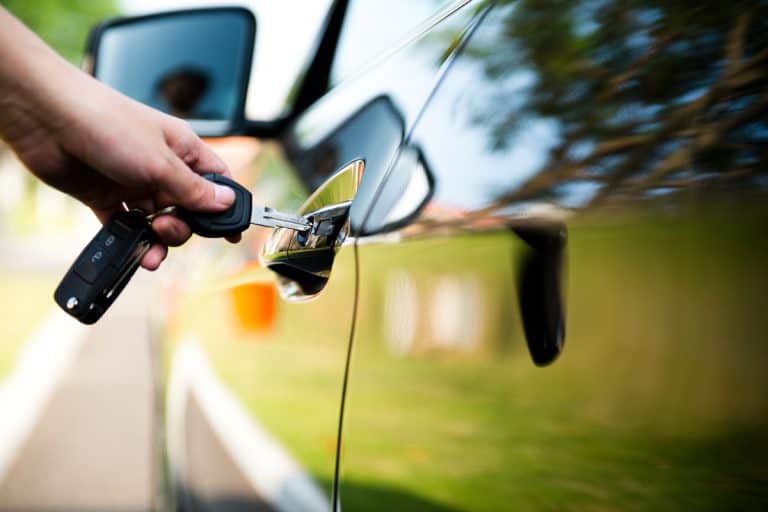 Car Key Only Goes Halfway In Lock – What To Do? 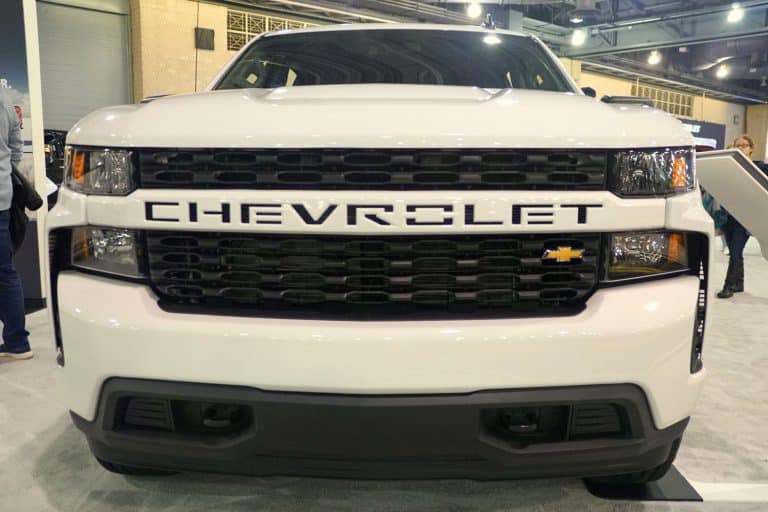 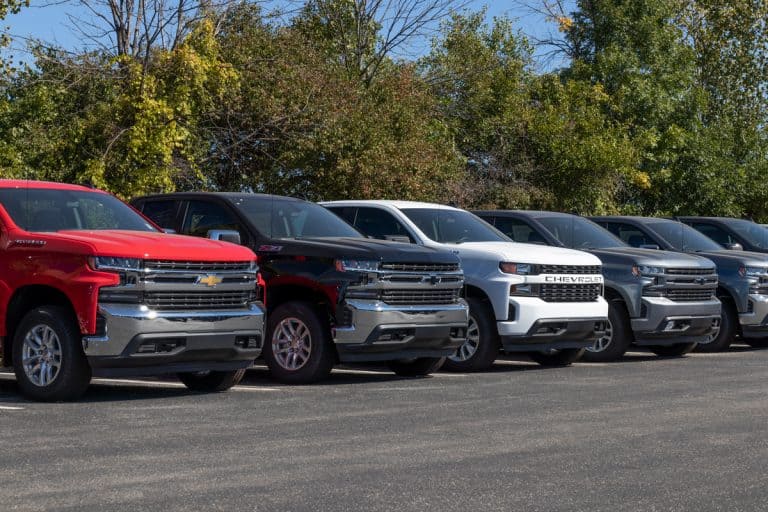 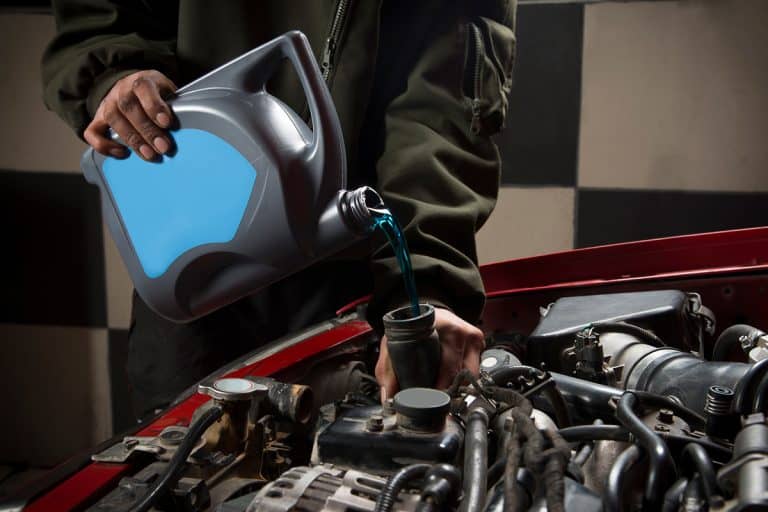 Coolant Level Low When Cold – What To Do? 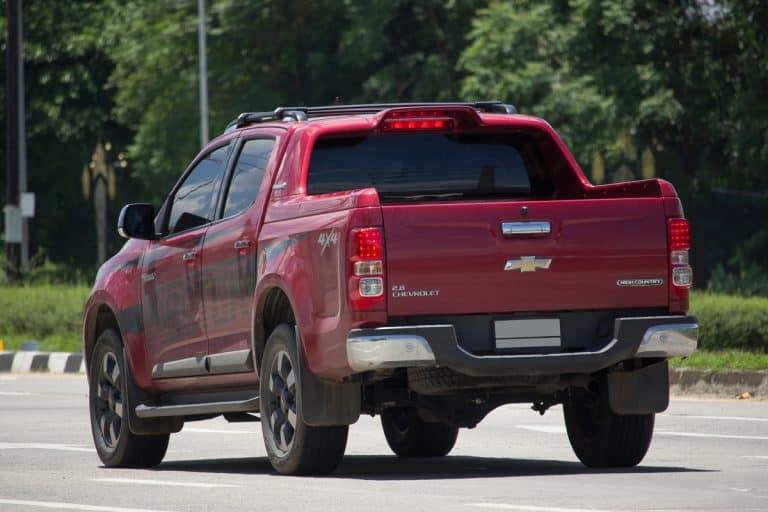 How Many Miles Will A Chevy Colorado Last?