Did you just notice the Vent function on your Tesla app, and are you wondering what it does? Wonder no more, for we have researched this question, and we have the answer for you.

The Vent function allows you to partially open the windows of your Tesla to let out some of the hot air inside the car. This can drop the internal temperatures to more bearable levels before you enter your Tesla.

Tesla started rolling out an app update with the new Vent feature in September 2019. Users talked about the new feature in social media communities like Reddit.

At the time of launch, some users reported having the same version of the Tesla app but do not see the option to vent. A report from Teslarati on the same date suggested that the initial rollout of the Vent feature was part of an Early Access Program. Only members of Tesla’s Early Access Program had access to the Vent feature earlier than owners of Tesla that are not on the program.

It soon became a standard feature on the Tesla app.

How does the Vent feature work? 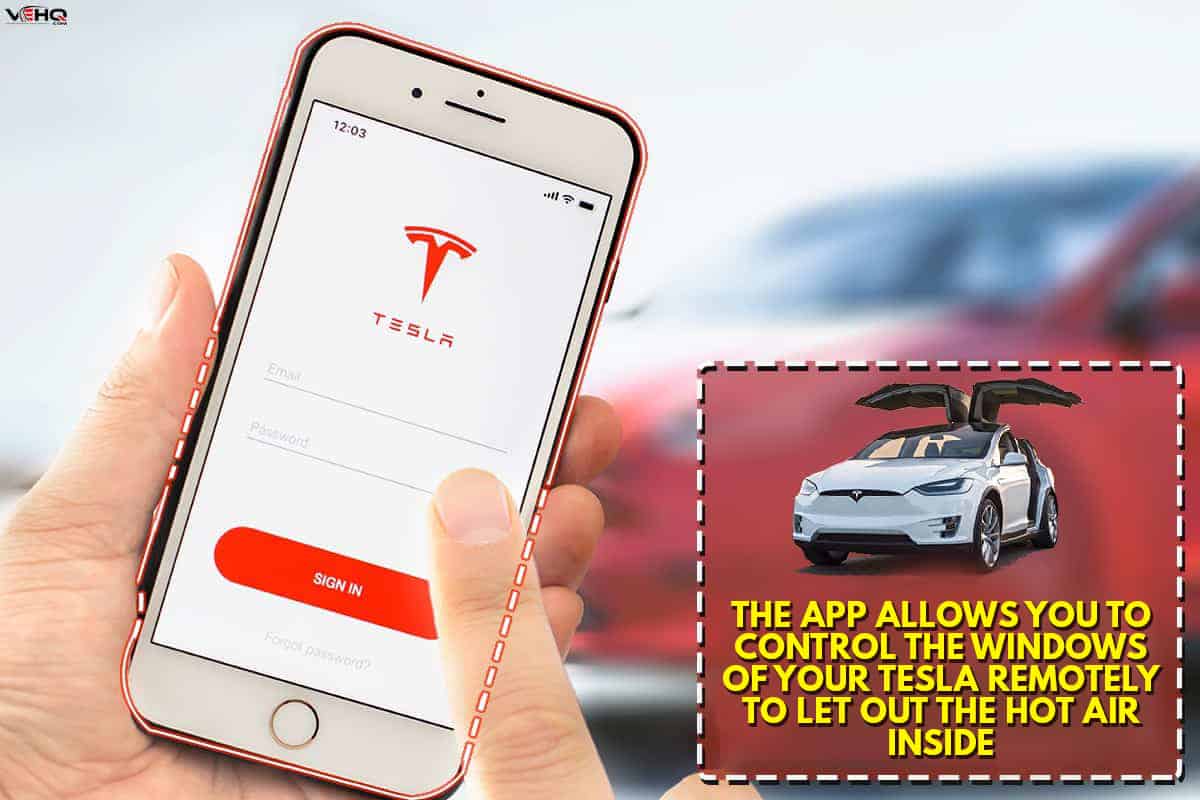 The Vent feature is activated by a button on your Tesla mobile app. The app allows you to control the windows of your Tesla remotely to let out the hot air inside. This will cool your Tesla before you need to get inside it to drive.

This is perhaps a design decision to ensure that the windows on your Tesla will not be open too much.

If a window is already open by 4 inches and you press the button, adding two to three inches to the initial 3 inches will open it by a total of 7 inches. This is an opening that could be big enough for thieves to access the Tesla from outside. Thus, from a safety standpoint, it is perhaps better to close all the windows first if at least one of the windows is open.

After pressing the Vent button, the label will change to Close.

If it is a really hot day, you can complement the Vent feature by turning the air conditioning on to to cool your Tesla more rapidly.

The Window Vent Feature And Rain 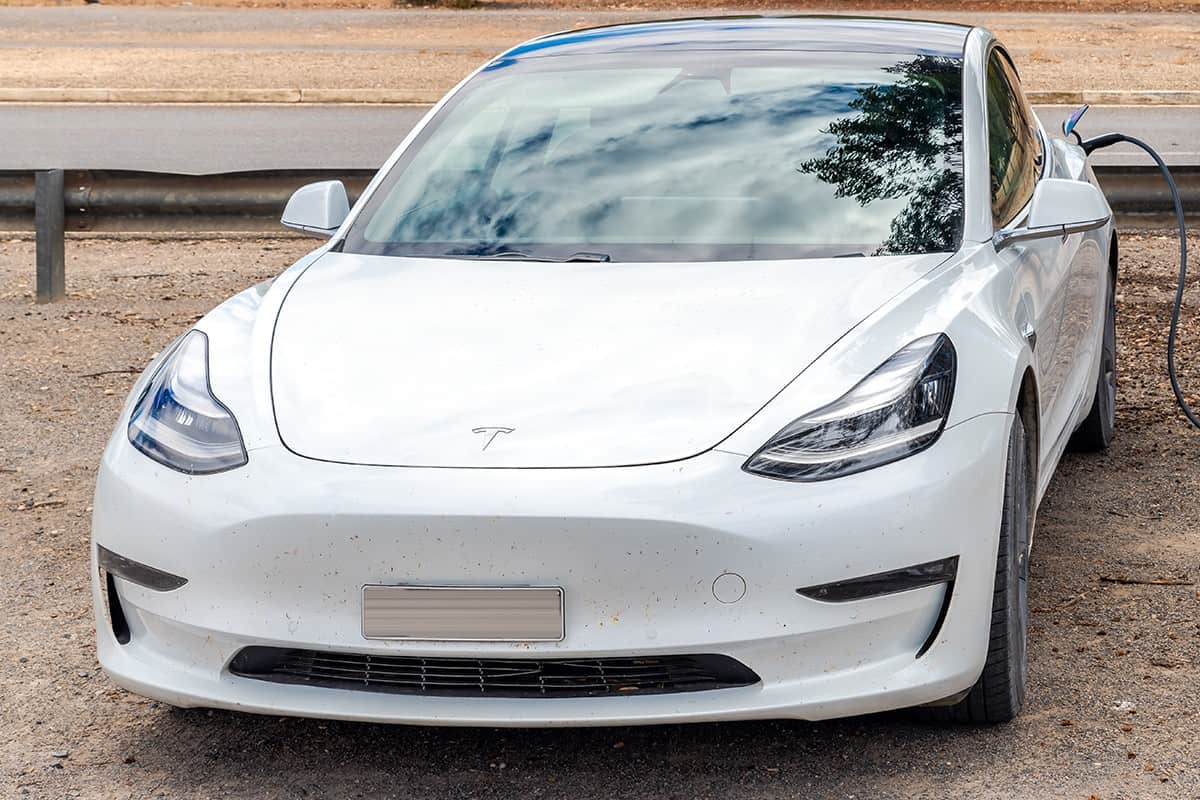 The window Vent feature works great when you park your Tesla outside. It helps prevent the accumulation of heat in the cabin area as the sun’s rays batter your Tesla from outside.

However, the open windows can be a problem when it starts to rain. This could soak the interior of your Tesla if you forget that you have the windows open for venting.

Fortunately, a new update to Tesla’s features marks the first time that Tesla integrates weather updates into the automation of car functions. This update—announced by Elon Musk last May 30, 2022—allows a Tesla vehicle to automatically react to forecasts of rain. If the windows of a Tesla vehicle are open, whether it is due to the window Vent feature, the update will automatically close it if there is a forecast of rain.

How to activate the Vent feature?

Here are the brief steps to activate the Vent feature of your Tesla.

How to set automatic climate control in Tesla? 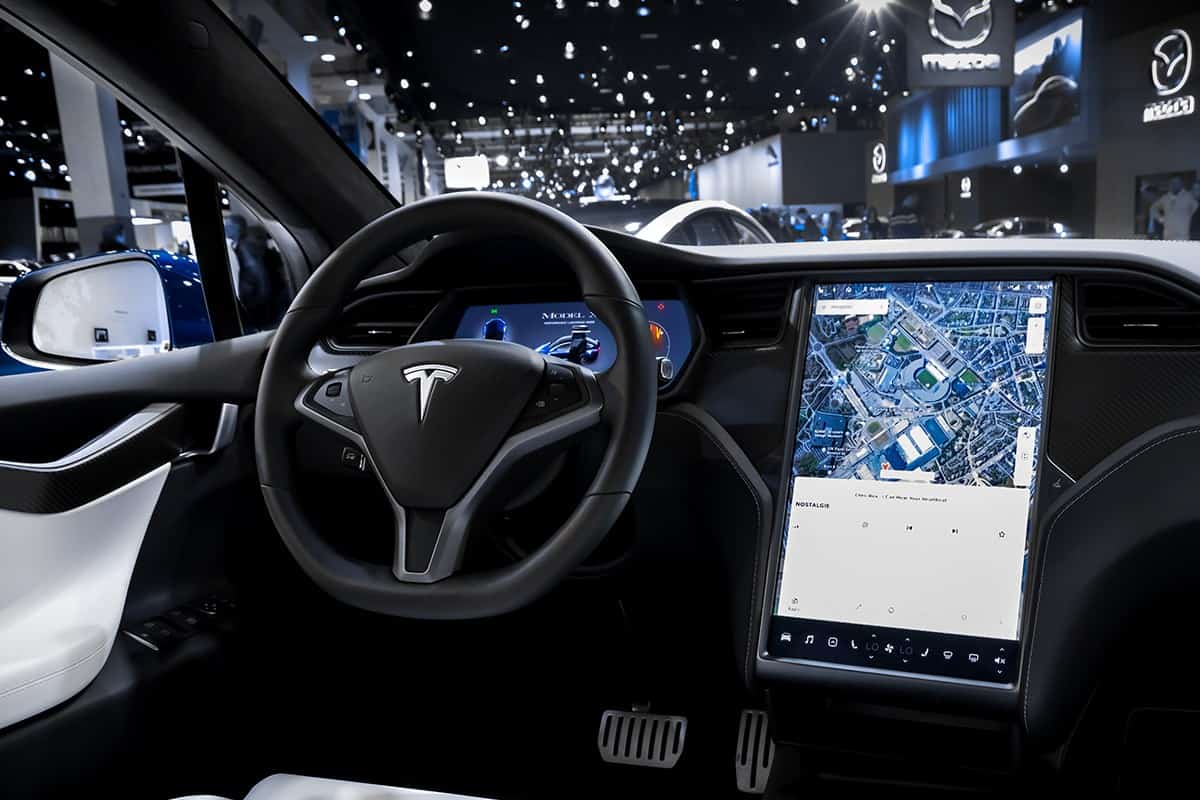 Tesla’s Climate Control system is set to automatic by default.

The automatic setting allows the system to adjust the heating, air conditioning, fan speed, and air distribution to meet the cabin temperature that you want.

However, if you previously disabled automatic climate control, you can follow the steps below to set it back to automatic through your phone app.

How do I warm up my Tesla remotely? 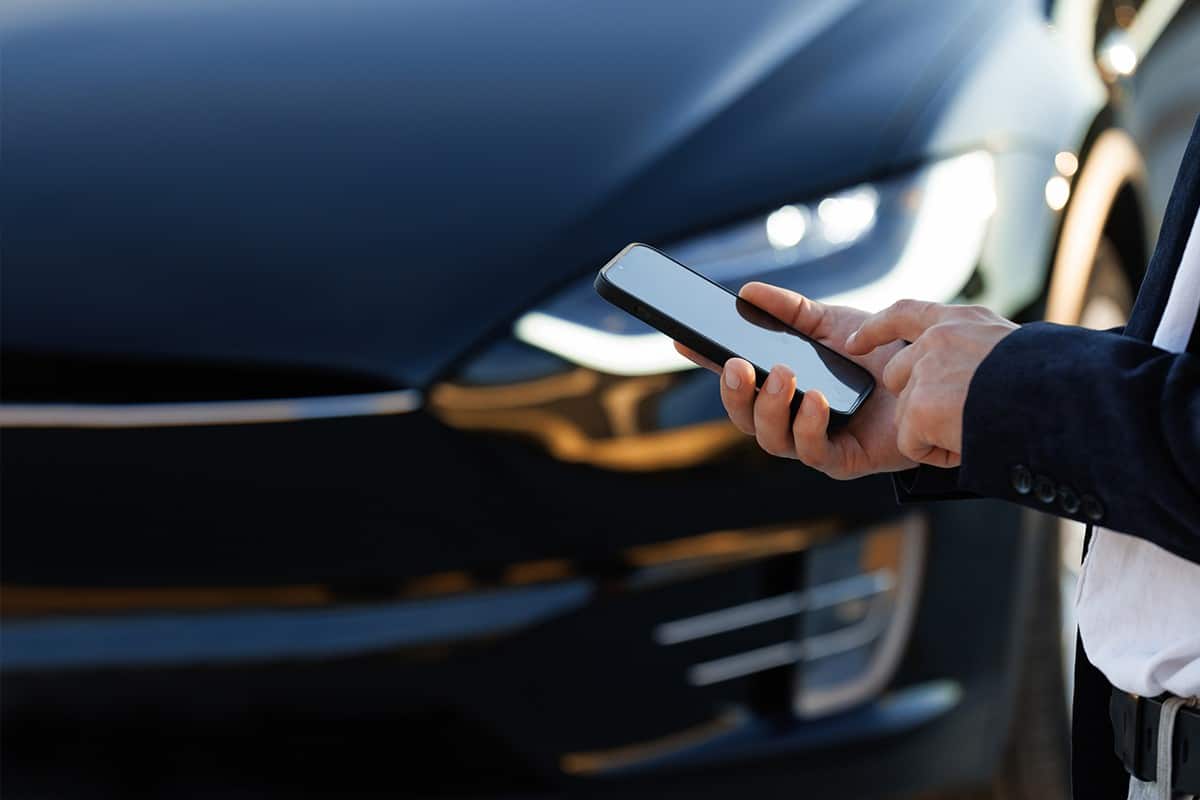 Batteries become less efficient when cold. This is true whether you’re talking about standard car batteries inside internal combustion vehicles or in electric cars like Tesla. Luckily, Tesla has a way to warm up the battery during cold days.

This is the Preconditioning feature.

Activating the Preconditioning feature will allow your Tesla to warm up the battery and improve efficiency.

You can access both features from inside the Climate section. Look for the icons of either of these two, select them, and they will activate.

What is the Scheduled Departure feature?

The Scheduled Departure feature allows you to set a schedule of departure. Your Tesla will automatically precondition itself to ensure that the temperature of both the cabin and the batteries will be at their optimum when it comes to your scheduled time of departure.

Your Tesla will estimate the time it needs to reach optimum temperatures and activate the Preconditioning feature or the Defrost feature at the right time. This allows the car to reach the right temperature when you are about to leave.

This is ideal during months of extreme weather. Whether it is too hot or too cold, activating the Scheduled Departure feature will raise or drop the temperature to within the ideal range before you leave. It is best if you leave your Tesla plugged in and charging when you have this feature active.

Activating the Scheduled Departure feature can be done within the Tesla app or within the car. Here are the steps to activate it from inside your Tesla car.

How to activate Scheduled Departure through the Tesla app

The Vent feature on the Tesla app allows you to open all the windows partially to help cool your car to a comfortable level before you get into it.

How Long Does It Take To Charge A Tesla At A Public Charging Station?

How Long Does A Tesla HEPA Filter Last?