Here is the list of half-ton trucks (in no particular order) with the best gas mileage in 2022:

It is important to take note, however, that the mileage of half-ton trucks has a value for city driving conditions and another value for highway driving. Additionally, the models listed above are further subdivided into different trims where various engines can sometimes fit into the truck per trim -and different engines have different fuel efficiency. Keep reading to have a more detailed look at these eight trucks. Learn about the engine options of the half-ton trucks in the list and their mileage ratings. 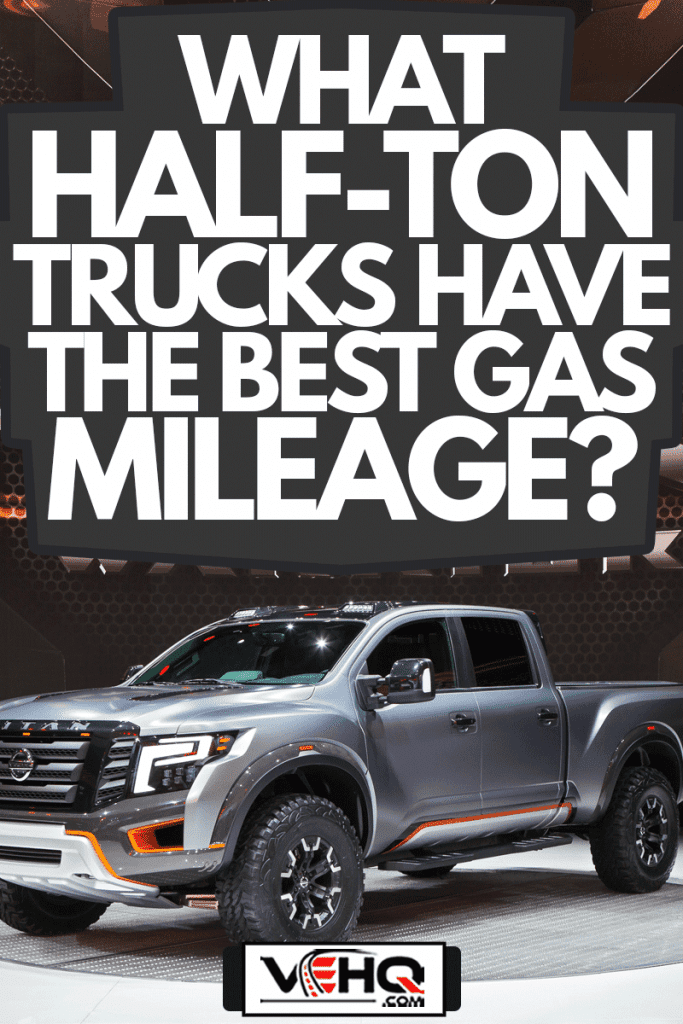 Gas mileage is not always a straight metric, especially at the advent of electric vehicles and hybrids. The introduction of a secondary fuel source, like solar or batteries, has increased the distance that a full tank can take you. 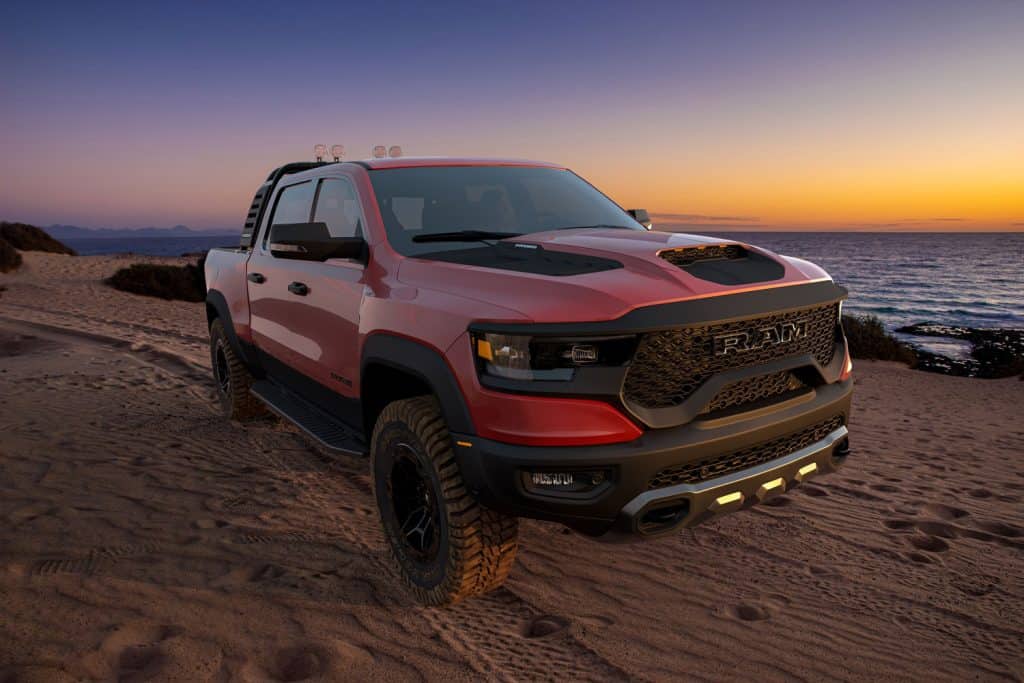 The new Ram 1500 has several upgrades from 2021. It comes in five different trims and four different engine options in 8-speed transmission and RWD or 4WD drivetrains.

The 3.0-liter Turbo V6 EcoDiesel engine has the best mileage of the four different engine options. It has been rated at 23 mpg for city driving and 33 mpg for highway on the RWD HFE diesel configuration according to EPA tests.

EPA tests on the 3.0-liter Turbo Diesel, non-HFE, rate it at 22 mpg for city driving and 32 mpg for highway driving.

The 3.6-liter Pentastar V6 RWD HFE variant is rated at 20 mpg for city driving and 26 for highway driving. It drops to 19 mpg city and 24 mpg highway on the 4WD variant. 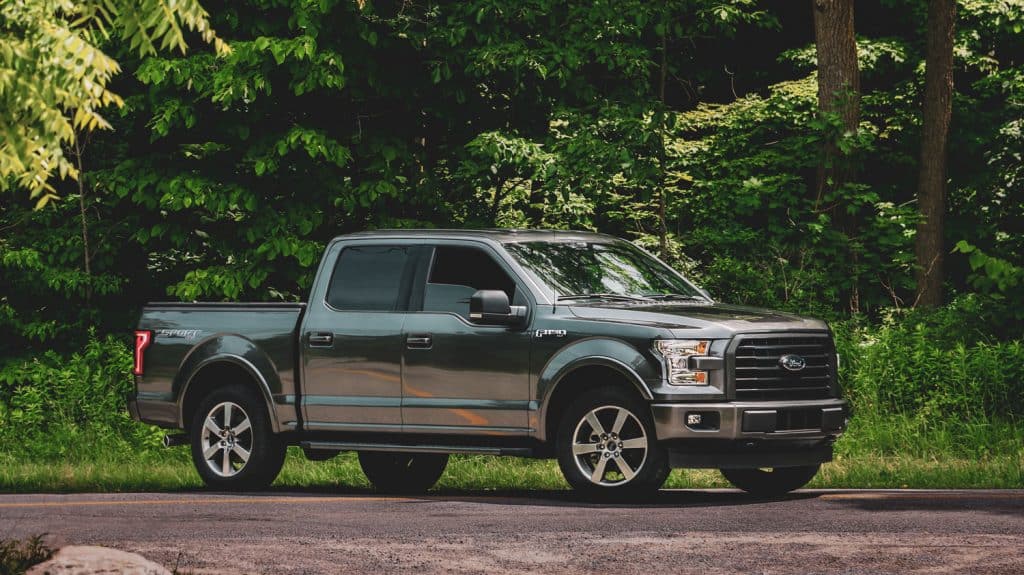 Ford’s F-Series has been the best-selling pickup truck in the US for more than four decades in a row. It is also America’s best-selling vehicle for almost the same number of years straight. The latest F-150 comes in five trims and six different engines. Drivetrains come in 4WD and RWD.

According to the EPA, the 3.5-liter PowerBoost full hybrid V6 is rated at 24 mpg for city driving and 24 mpg highway in the 4WD model. The 2WD brings forth 25 mpg in the city and 26 mpg on the highway.

The 3.5-liter EcoBoost V6 manages a consistent 20 mpg, whether it is paired with a 2WD or 4WD drivetrain.

The 5.0-liter Ti-VCT V8 engine only manages 11 mpg for city driving and 17 for highway with the 4WD drivetrain. It manages to improve to 17 mpg in the city and 24 mpg for highway on the 2WD version.

All of Ford F-150’s engines are paired with a 10-speed drivetrain. 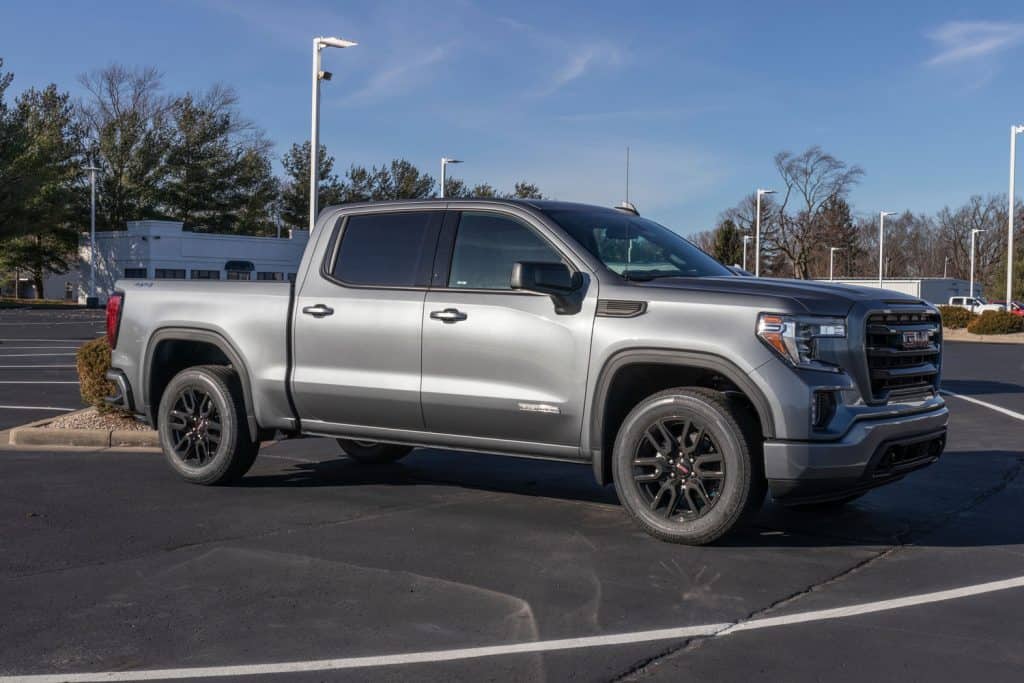 The 5.3-liter V8 on the 8-speed gearbox achieved EPA ratings of 17 mpg in city driving conditions and 23 mpg for highway driving. 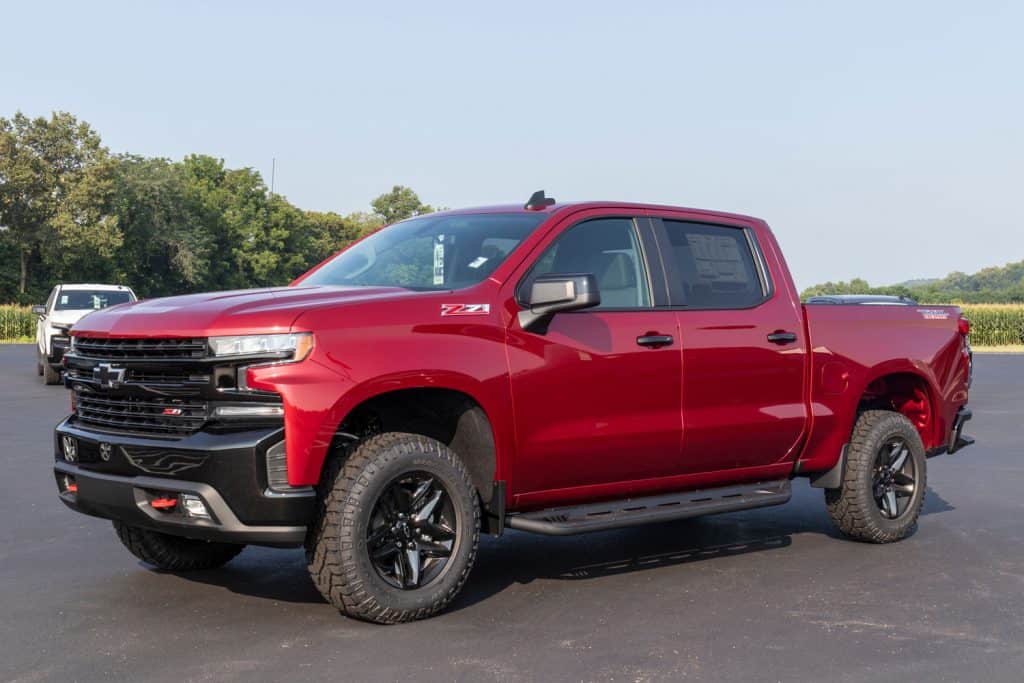 The Silverado has consistently managed to get to the second or third place -when the Ram 1500 pushes it down to third. The Silverado comes in five trims and five engine options.

The 3.0-liter TurboDiesel in 10-speed A/T gearbox and the 2WD drivetrain have the best mileage at 23 mpg in the city and 33 mpg for highway. The 2.7-liter turbo in 8-speed transmission manages a 20 mpg city and 23 mpg highway EPA rating. 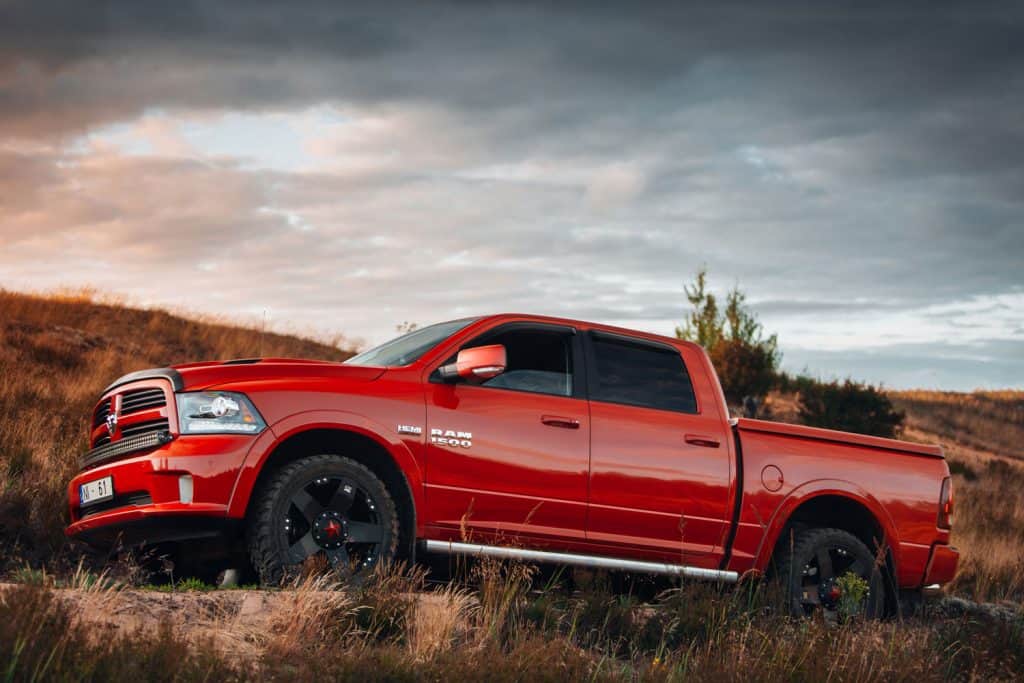 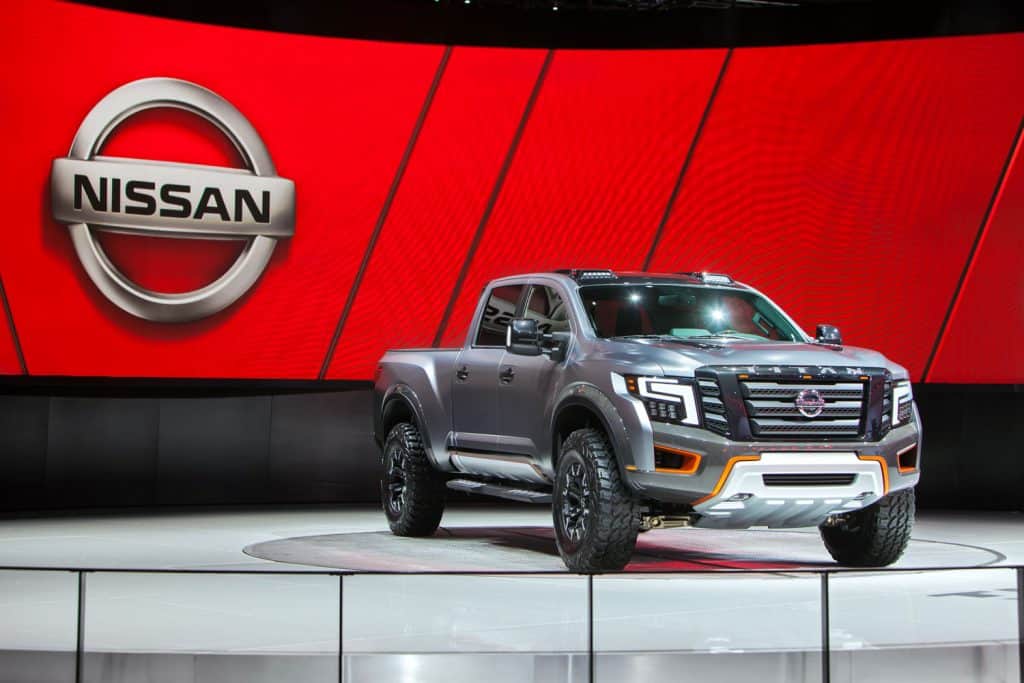 The Nissan Titan often hovers near the bottom of the sales chart compared to the other seven on this list. It has bold styling and great safety features but still fails to capture attention. It comes in five different trims, but it only offers one engine paired with a 9-speed gearbox. 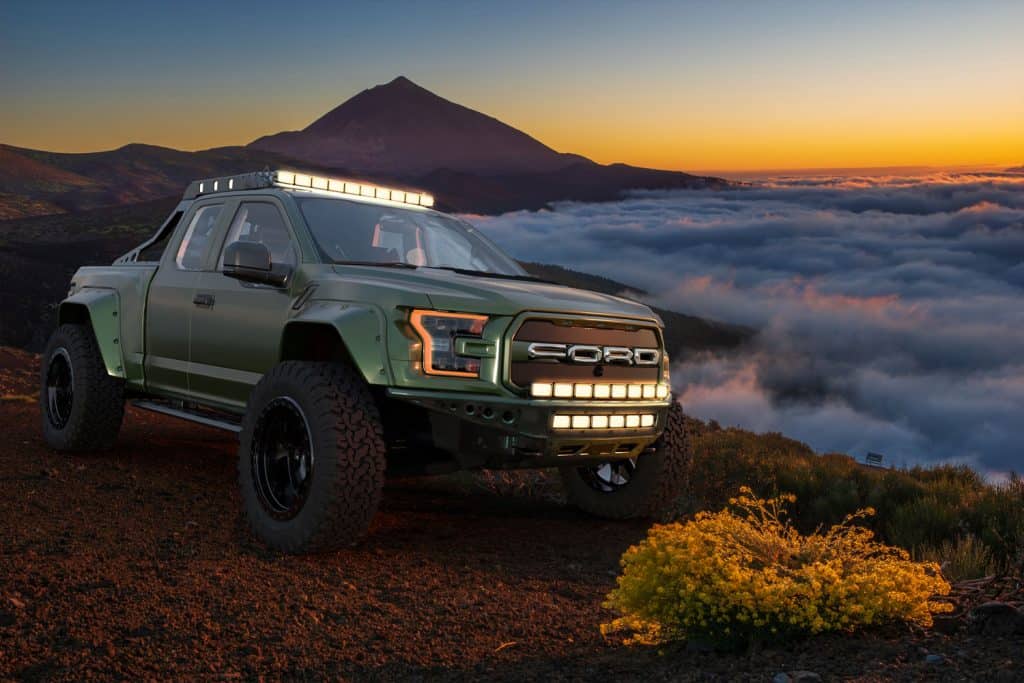 The new Ford F-150 Raptor starts the third generation based on the successful 14th generation of the F-150 platform.

The raptor has only one trim and one engine option—the 3.5-liter Twin-Turbo EcoBoost V6 gas engine. It is rated at 15 mpg for city driving and 18 mpg for highway. It drops to 15 mpg in the city and 16 for highway driving when configured with 37-inch tires.

Which trucks last the longest?

The Honda Ridgeline is at the top of the category of trucks that has the highest likelihood of lasting 200,000 miles. An independent study has shown that at least 3% of Honda Ridgeline has surpassed the 200,000-mile mark.

Trucks have a higher chance of reaching the 200,000-mile mark if they are properly maintained.

The Shell Rotella T6 Full Synthetic 5W-40 Diesel Engine Oil can help keep your truck running smoothly. Check it out on Amazon with this link.

Are there any trucks with 30 mpg?

The following trucks have 30 mpg or better:

If you're wondering about the average size of a half-ton truck, we have a great article here that talks about this.

What is the most reliable truck engine?

The Ford EcoBoost V6 is a V6 engine that can outperform a V8 engine in horsepower and torque. It is installed in Ford’s F-series.

The Cummins B Diesel engine has a cast-iron block and can produce a torque of 400 to 1000 lb-ft. It was originally installed on Dodge Rams in the 90s.

Toyota’s UR 5.7L V8 has 32 valves, a V8 camshaft, aluminum block, and variable valve timing that give a lot of power to this engine.

Half-ton trucks are now more powerful than before. If you're wondering if it can pull a fifth-wheel trailer, our article here should be able to answer your question.

The introduction of hybrid engine systems has improved the fuel economy of half-ton trucks while keeping the same torque and horsepower. It is important to look at a truck’s performance in city driving and highway driving conditions when deciding which one has the best mileage.