Half-ton trucks are the smallest, full-size pick-ups. But modern half-tons are now rated to undertake heavy-duty tasks despite being classified as light-duty trucks. You might then ask, what is the highest payload rating for these vehicles? In this article, we researched and asked the experts that exact question, and we will tell you what we found out.

Currently, the highest payload rating for a half-ton truck is 3,325 pounds for the Ford F-150. It is worth noting that this rating swiftly changes every year as automotive manufacturers release new models. These models follow close behind, with payload capabilities ranging from 1,940 to 2,280 pounds: 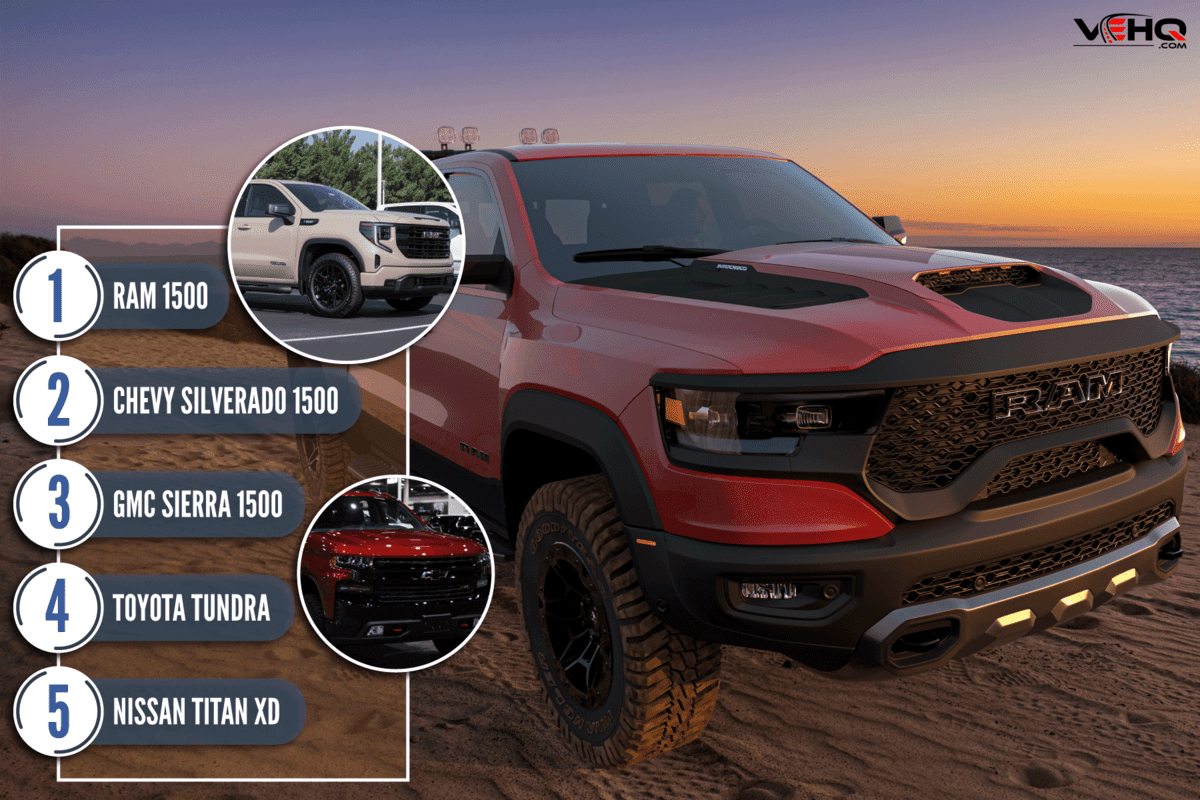 What 1500 trucks have the highest payload?

The Ford F-150's 5.0L V-8 engine is the one responsible for the over 3,000 pounds of payload it can carry on its truck bed. This is one of the main reasons this vehicle is popular among buyers and enthusiasts, and has sold well over four decades.

You would have to go down by more than a thousand pounds for the next truck to compete with the maximum payload capacity of the F-150, as the Ram 1500 bolsters a payload of 2,300 pounds through its 3.6L V-6 engine.

While the two General Motor pick-ups, the Chevrolet Silverado 1500 and GMC Sierra 1500, both have the same payload capacity at 2,280 pounds. Both are also powered by the same 420 horsepower 6.2-liter V-8 engine and a 10-speed automatic transmission.

For the Nissan Titan XD, a major upgrade from its former payload has been installed for the 2022 model, as the Titan XD now can tow over 2,240 pounds, far from its former, which was 1,600 pounds. The new Titan is equipped with a 400 horsepower V-8 that is paired with an automatic transmission. 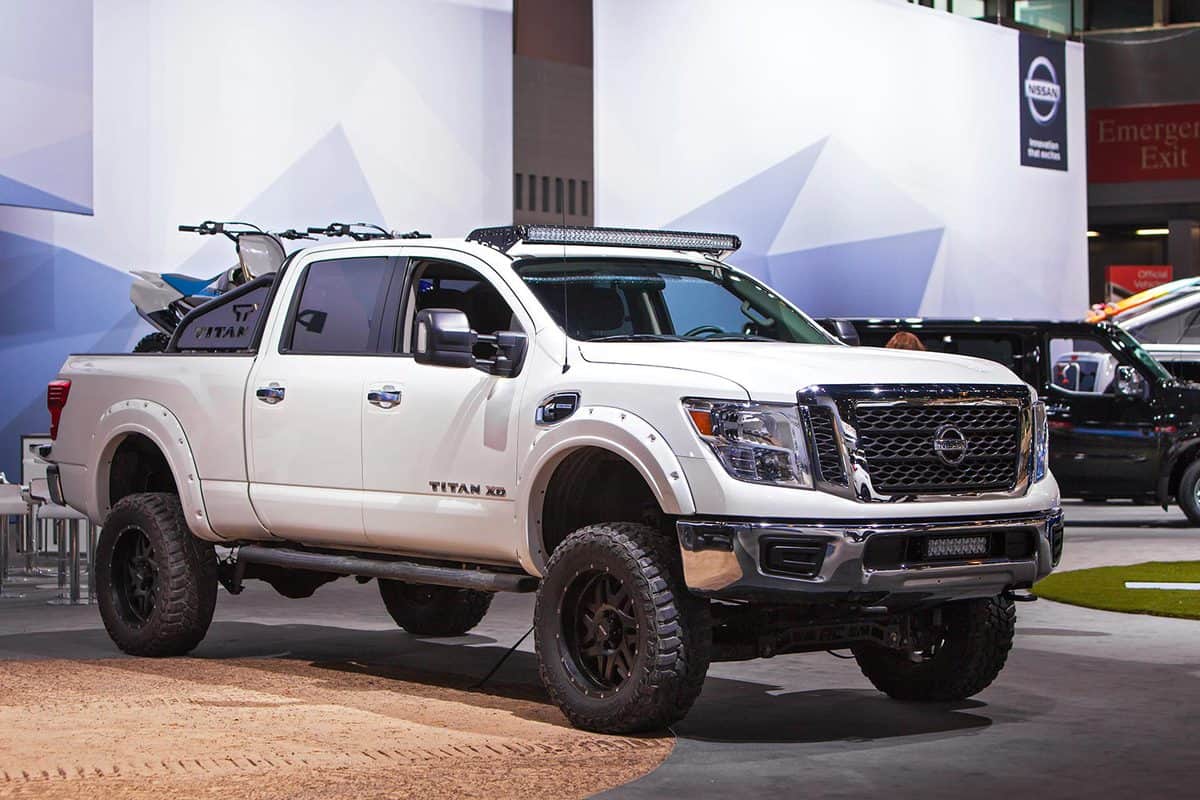 An additional thing to note is that these numbers of payloads were previously in the territory of larger and more heavy-duty trucks, but innovation and competition of car brands all leads to the impressive upgrade of these trucks. And experts foresee that these numbers will continue to be higher for the next models.

How can I increase the payload of my truck?

Technically, you cannot do anything to your truck to add more payload to it as this is the designated design of your truck's chassis. And this is also what your engine is rated to carry without overdoing itself.

What you can do to maximize your truck's potential payload capacity is to carry the items you need to transport while otherwise empty. Meaning, removing any unnecessary gear other than what you need to carry. These might be marginal gains to your payload capacity, but these are gains nonetheless.

Some go as far as modifying the design of their trucks by removing some parts. This would be safe to some certain extent. For example, removing some of your car seats would generally be safe as this would have nothing to do with how the car performs. But we do not recommend these extreme methods for gaining payload capacity.

Your truck is rated at a specific payload and tow rating, which you should follow. If you are constantly trying to modify your set-up to accommodate your payload, it would be better and safer for you to just upgrade to a truck with more payload and towing capacity.

What does a half-ton truck mean? 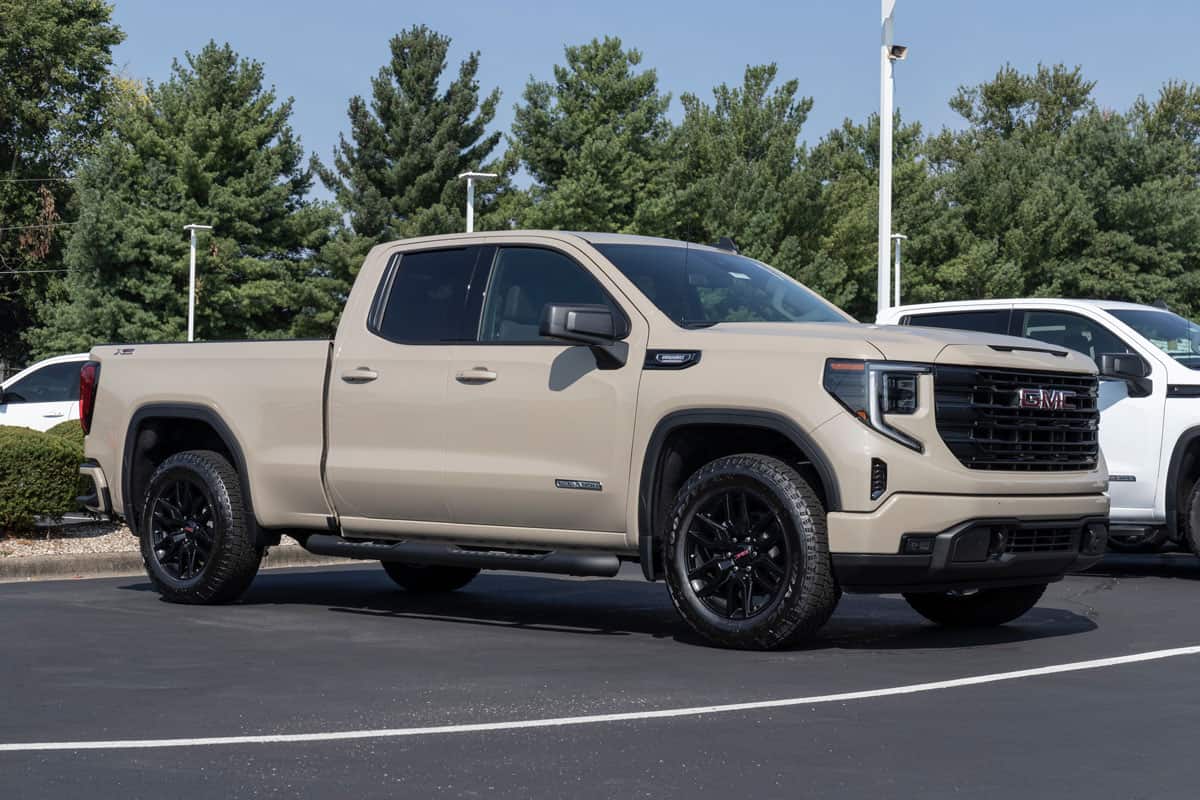 When you say half-ton truck, you are talking about the rated payload capacity of the truck. The root of this term all started when pick-up trucks first came out. Originally, a half-ton truck was only rated to carry a total of 1,000 pounds of payload; a ton equates to exactly 2,000 pounds. Since these trucks are only rated for 1,000 pounds, they were named half-ton as half of 2,000 is 1,000.

This might be confusing, especially now that modern half-tons are rated to haul more than just a thousand pounds. This process is also true with the three-quarter-ton trucks and the one-ton trucks.

What is better, a high towing or high payload?

Choosing which one is better would heavily depend on how you use your truck. If you are more inclined to tow trailers, campers, fifth wheels, and toy haulers with goosenecks, then choosing a vehicle with a higher towing capacity would be the best be for you.

If you use your truck mainly for transporting any type of cargo without the use of any trailers -whether it be light or heavy- then a truck with a heavier payload capacity would be better suited for you.

But this dilemma is slowly becoming obsolete now as modern trucks are now both rated with very high towing and payload capacities compared to their predecessors. Just like the Ford F-150, it has the best towing and payload rating in its class. But this does not imply that you should not consider other truck brands. 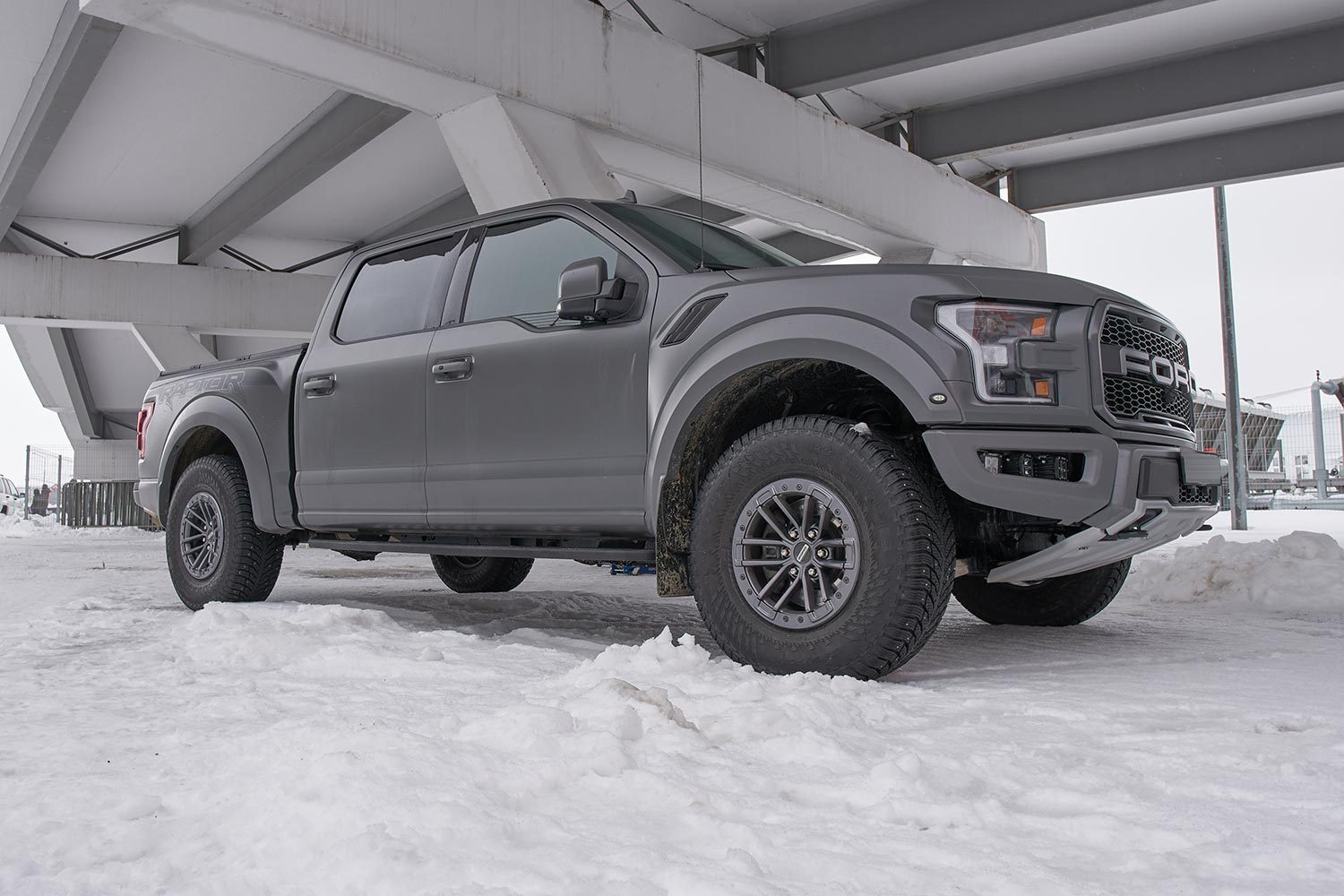 Take Ram as an example. Their trucks have always been known to be the class leader in torque. A high tow rating and payload would be useless if you don't have enough torque to pull it easily.

If you are looking for luxury features like good leather seats and a beautiful interior, the GMC Sierra has you covered as they offer one of the most luxurious packages in this class with their Sierra Denali trim.

Doing thorough research will help you determine which truck is best suited for your needs and wants.

What counts as payload? 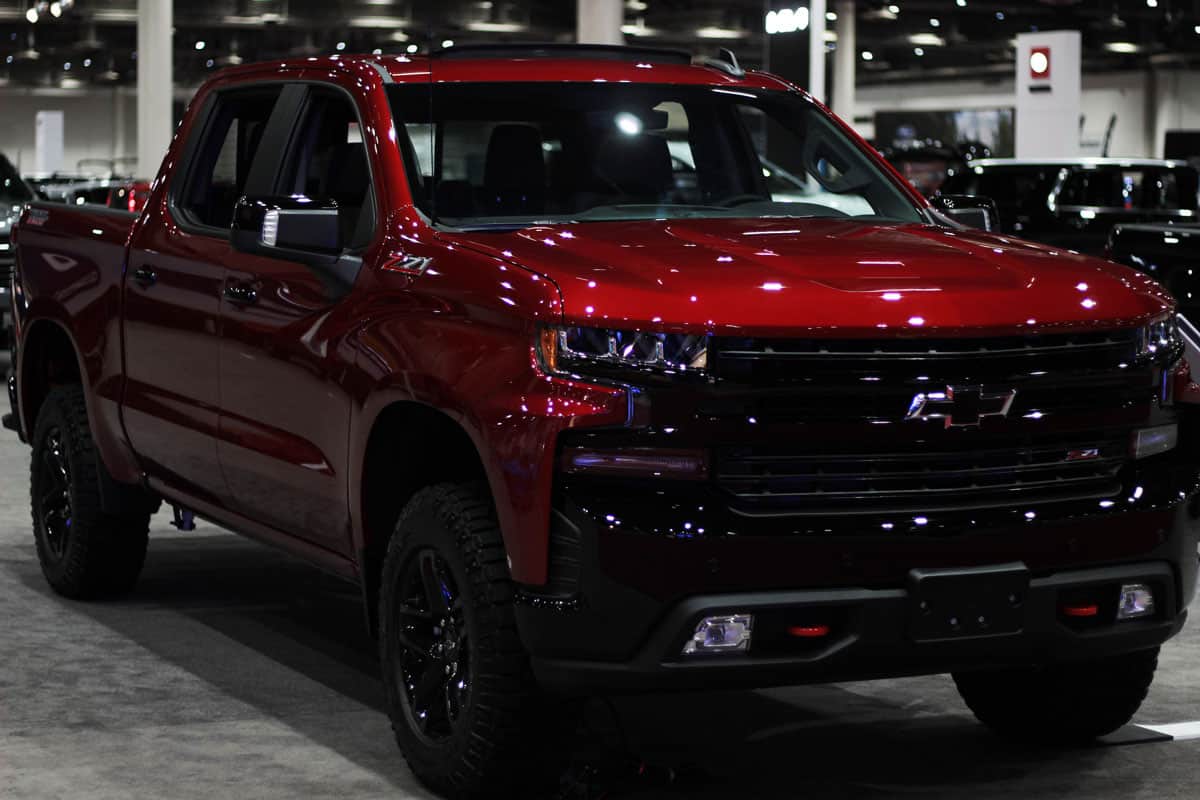 The main definition of a payload is anything that your truck is carrying. So that includes you and the passengers. Any excess weight added to the vehicle that is not part of its original components is considered a payload.

Fuel is also considered as payload but is usually not a factor as it diminishes in quantity as your car is running. So a full tank of gas would not be a problem if you are trying to achieve marginal gains in payload capacity.

Does a lift kit affect your payload capacity? 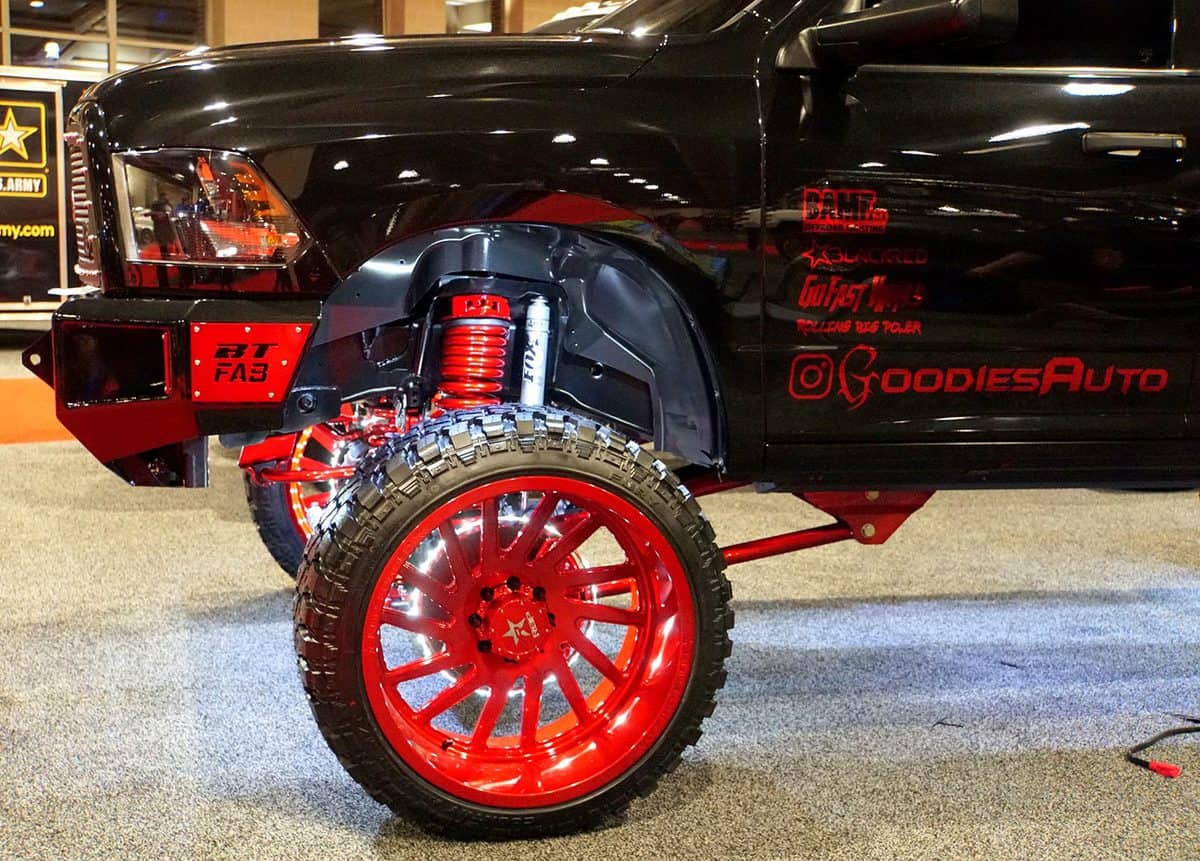 Appropriate lift kits for your truck will not affect your vehicle's payload capacity. Just make sure that the suspension upgrade that you will be installing is rated identically to the payload capacity of your pick-up truck. Failing to do so can result in your lift kits breaking, especially if you carry a heavy object on your bed all the time.

This can also be a potential accident waiting to happen, so err on the side of safety and follow the appropriate lift kits and suspension upgrades that are properly suited for your vehicle.

How close to max payload is safe?

You can max out your payload rating, but we suggest you only do this when needed. Always pushing your pick-up to its limit will only make the overall lifespan of your vehicle shorter. If you often do this, you can expect to be constantly paying for repairs as your parts are easily worn down.

This also poses a huge road hazard for you and your fellow motorists. This is why researching first before buying is very important. If you are constantly worried about going over the limit of your car's payload and towing capacity, then you have bought the wrong vehicle for you.

What happens when you go over capacity? 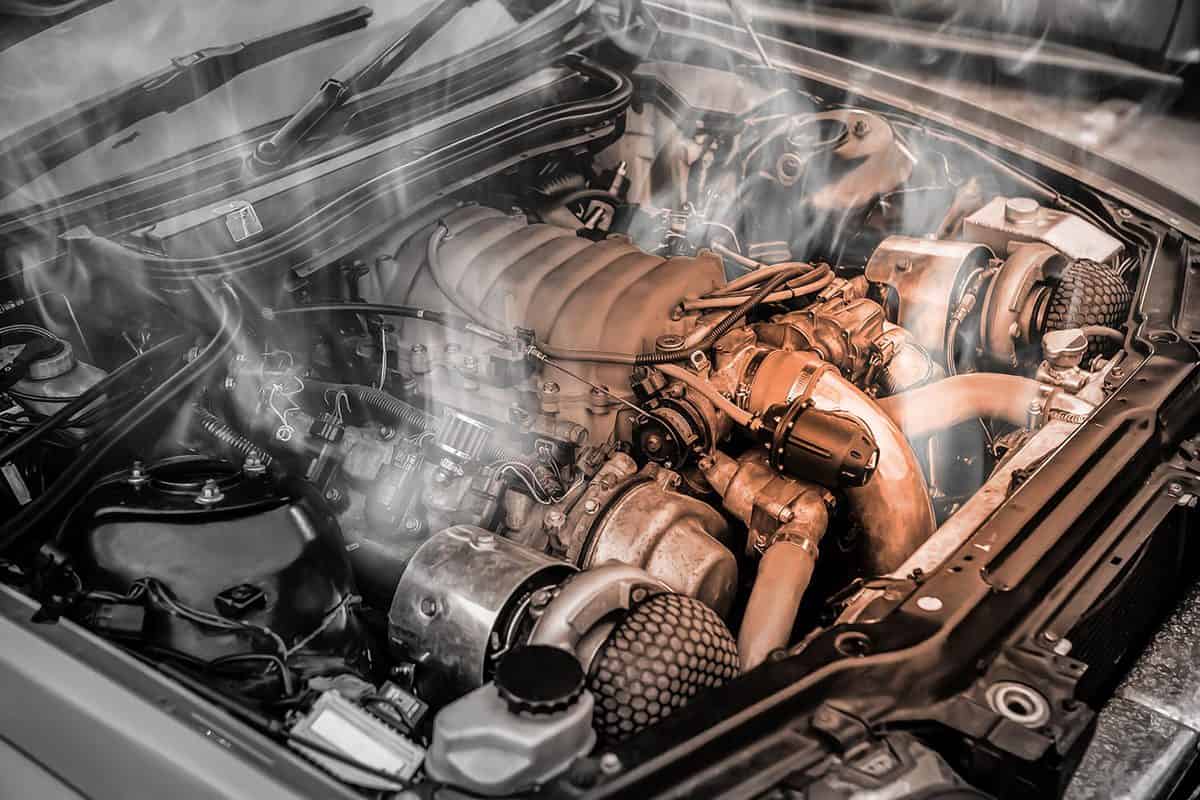 Overloading is a big no and should be avoided by everyone, not just pick-up truck owners. Firstly, it is illegal on the road to drive overloaded vehicles as this is just an accident waiting to happen. Problems like an engine overheating, a tire blowing, and suspension giving up, all of these can cause serious accidents on the road.

We advise that you watch your payload capacity closely. If you do not have access to a weighing scale, you can tell if your truck is nearing or over its limit in terms of cargo if the front end of your vehicle is already elevated higher than the rear. 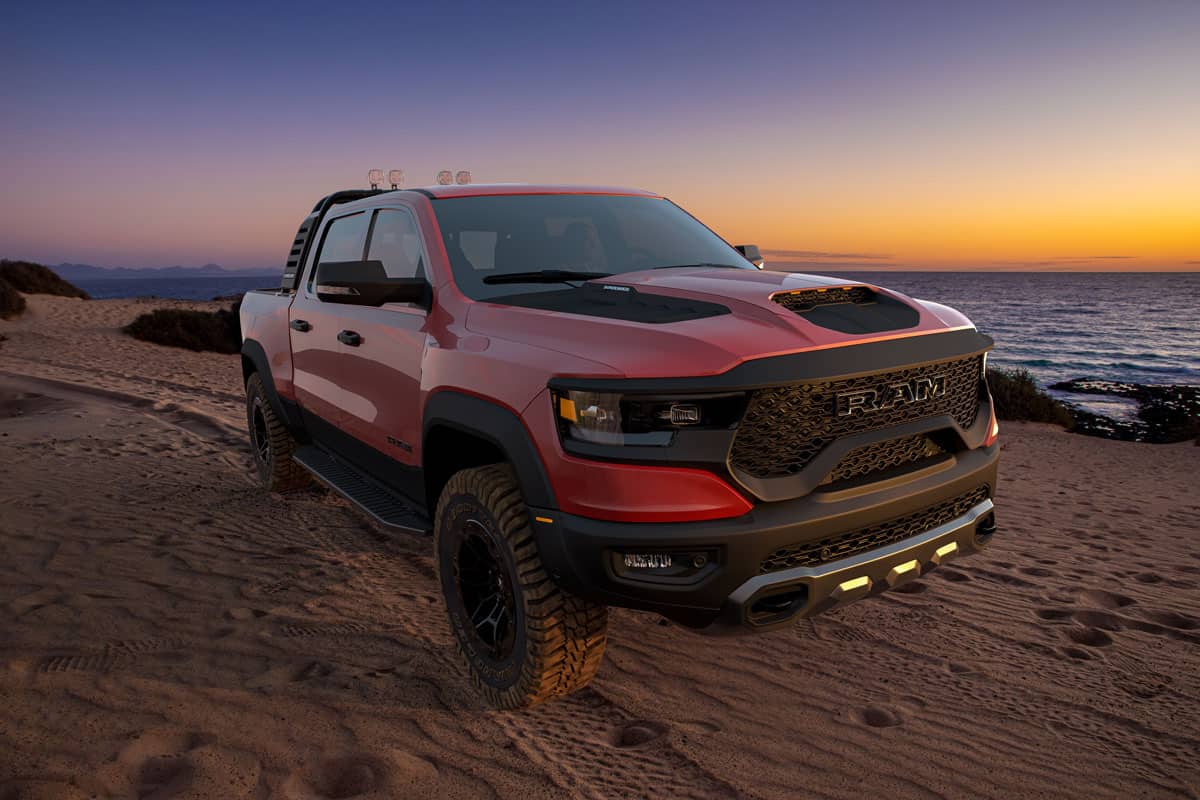 The F-150 has the highest payload rating for a half-ton truck at over 3,000 pounds. The term half-ton is ambiguous and often confusing as this is already an out-of-date call sign for these types of trucks. You should never overload your vehicle as this is a huge road hazard for everyone.

Here are some related articles for you to read:

What’s The Average Size Of A Half-Ton Truck?

How Deep Is A Truck Bed? 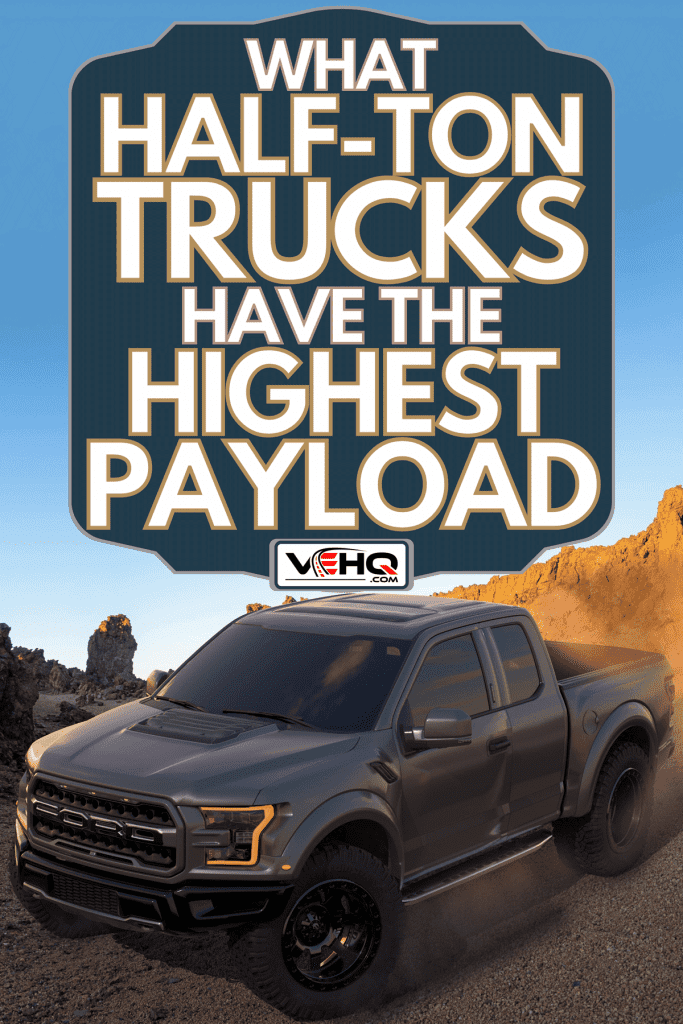