There are few ways to make a diesel owner panic like hearing that a gas station attendant put gas in their car. The same can be said of a car owner who needs gas but gets diesel instead. Why all the panic, though? Is it really that bad? A little bit of research revealed that this fillup error might be far worse than most people would assume it to be.

In the past, putting the wrong fuel in your car was a fairly common occurrence. Nowadays, there are safeguards against it. Keep reading to find out why these safeguards are such a good idea. 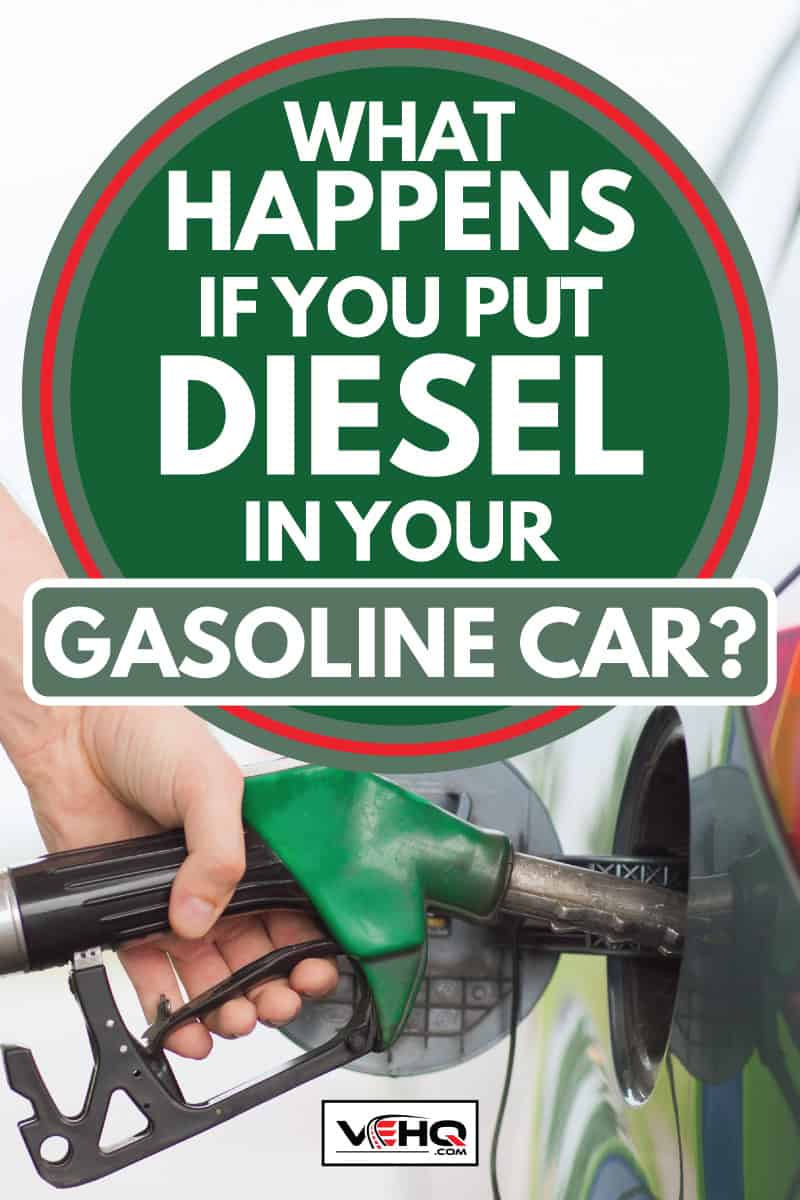 Will A Gas Car Run If You Put Diesel In It?

It's clear that the eventual result of putting diesel in a gas-requiring car will involve a gummed up engine that is not capable of running. However, you might want to know how long you have before it all happens. A gas car will run for a short amount of time, primarily because it'll still have gas left in the tank for a while. However, once diesel hits your system, it'll slow down and eventually die.

What To Do If You Put Diesel In A Gasoline Car

The first thing you will need to do is smack yourself on the forehead and realize you've made a terrible mistake. Next, you're going to need to follow these steps:

Is There A Drain Plug On A Gas Tank?

Unlike many other types of tanks in vehicles, there is no drain plug on a gas tank. That's why you will need to use the fuel hose near the tank in order to drain out your car's fuel.

How Much Does A Fuel System Flush Cost?

Cleaning is done by adding fuel additives to a tank, then running the car. This is not what you want, and you need to emphasize this to your mechanic when you explain the situation. A fuel system cleaning will cost between $50 and $80.You can opt for cleaning afterward, but you don't need one.

A flush is what you will need in order to remove diesel from a gas tank. Depending on what kind of car you have, you may need to pay between $600 and $1,500 to get a full fuel system flush. Technically, this counts as a major repair on your car.

Should You Do A Fuel System Flush On Your Own?

While some people could do it on their own and have decent results, this is not something most should try on their own. Doing a flush improperly can cause your car to have serious problems, and may not even get rid of the diesel in your tank. If at all possible, leave this to a professional.

A flush involves getting rid of all the diesel in the fuel lines, tank, and everywhere else it could have leaked into. That's not as easy as you think it is.

What Happens If You Put Gas In A Diesel Tank? 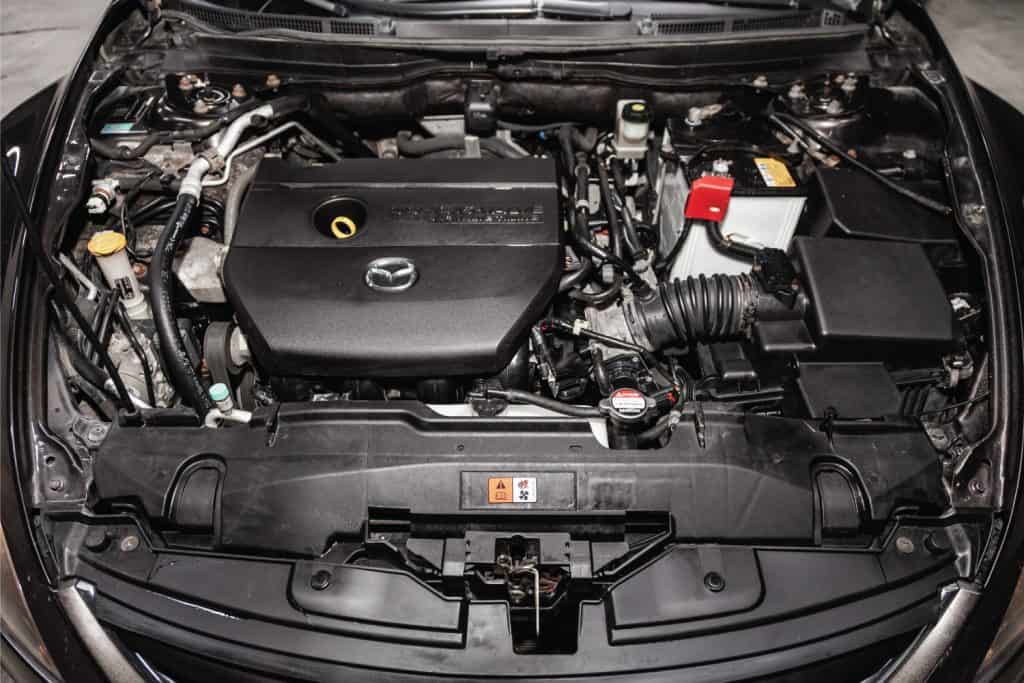 This is actually worse than putting diesel in a gas tank. Gas will not ignite in a diesel engine and will go so far as to seep into most of your engine's build. To fix this, you will need to drop the tank, remove the gas in there, replace most of the fuel lines, get a new diesel pump, replace your injector, and get new filters in your machine. Many diesel cars will not be able to survive this kind of mistake.

The overall cost of having to fix a diesel car that had gas erroneously placed in it will not cost hundreds of dollars. It'll cost thousands. The repairs for a diesel tank with gas placed in it often can reach above $10,000. This means you might actually need to buy a new car.

Does Insurance Cover Putting In The Wrong Fuel? 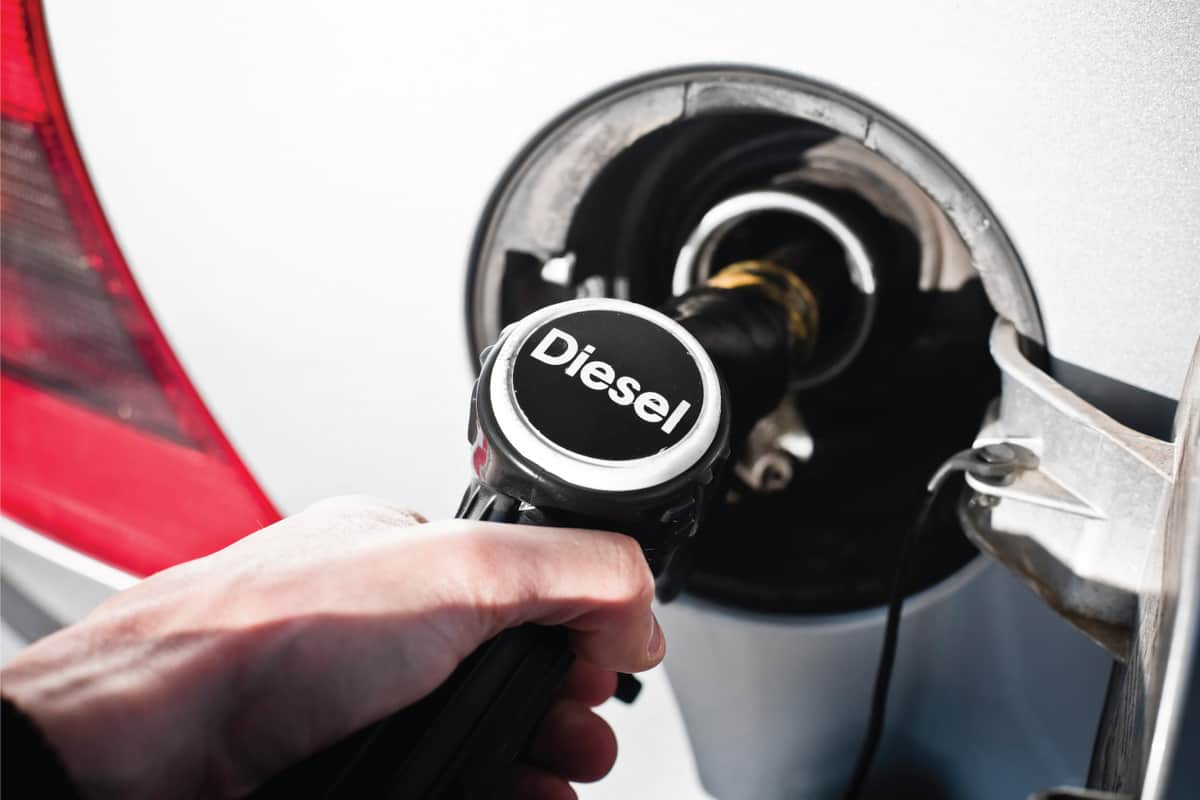 Car insurance companies are primarily in the business of covering damages that are caused by collisions, floods, and "acts of God." Unfortunately, this means that they will probably not cover damage that is caused by human error or negligence. In fact, most insurance policies have specific clauses that exclude damage done from pouring the wrong type of fuel in your tank.

How Common Are Insurance Policies That Cover Misfuelling?

The dreaded misfuelling exclusion clause is not universal. Though rare, there are policies out there that cover damages done through using the wrong fuel. (They're called misfuelling coverage policies!) There is no harm in calling your insurance company to find out what your insurance can cover since there's always a slim chance that you might have coverage that others don't.

Around six percent of all auto insurance policies will cover misfuelling costs as a standard part of their policies. Eight percent will also cover this as an additional waiver for a small fee. Aside from that, you will not have direct coverage for misfuelling.

Where Does Mechanical Breakdown Insurance Come Into Play?

If you have mechanical breakdown insurance, also known as MBI, you might have a better chance of getting your damages covered. This is a specialty insurance that you get from your car dealership when your car is bought brand new and lasts up to three years.

Mechanical breakdown insurance is meant to cover mishaps that can happen on the road from using bad parts. However, there is no guarantee that your MBI will be able to cover the expenses from this mistake.

Why Don't Insurers Cover Damage From Using The Wrong Fuel?

In the not-s0-recent past, insurers used to be more open to covering damages from using the wrong fuel. However, the number of claims that have been accepted and processed for this issue have been steadily declining since 2016. You might be wondering why. Truth be told, it's a quiet move done by most insurers and they haven't explained the reasoning behind it to the public.

Though damage from the wrong fuel is still technically covered, there's a little speculation running around about why claims could be denied. The most common theories include:

When it comes to bad car maintenance mistakes, using the wrong type of fuel is one of the worst that you can make. However, all is not lost. If you do not drive your car after misfuelling and make a point of getting your engine flushed out, you should be able to continue driving your car once everything is all said and done.

Unfortunately, this type of repair does not come cheap. In fact, it usually costs hundreds or even thousands of dollars. If you're lucky (or just picked the right insurance policy) you might save big. To make sure that you have the best shot at having this repair covered, learn about your coverage and call your insurer ASAP.

Before you go, be sure to check out these other diesel-related vehicle guides: