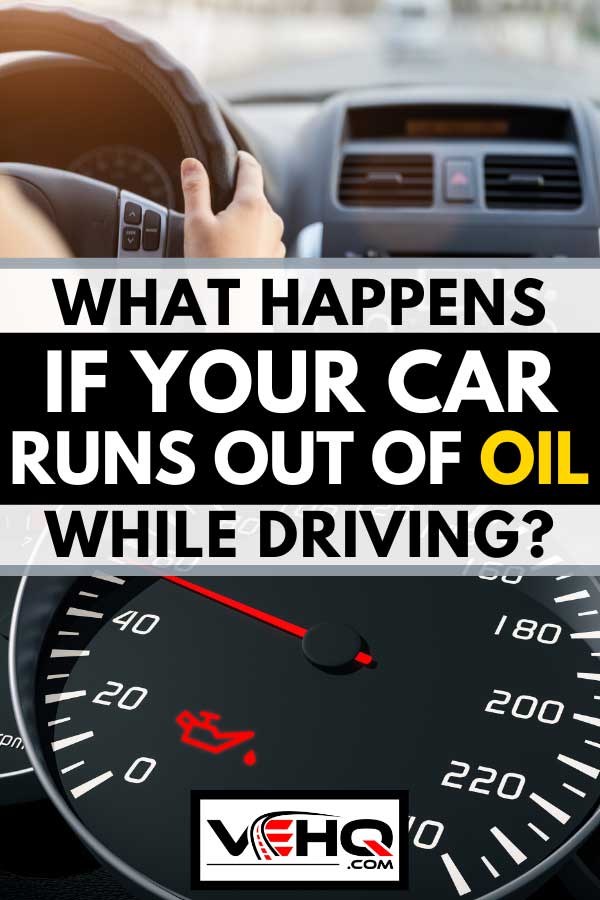 Running out of oil is one of the most unfortunate things that can happen to you as a driver. Without oil, a car engine can become severely damaged very quickly. Whether you find yourself in this predicament currently or if you simply want to be prepared, it's important to know what exactly happens when a car runs out of oil while driving.

It is highly unlikely that your car will completely lose all of its oil while driving. But if this does happen, you should immediately turn on your hazards, shift into neutral, and drift to the side of the road. Operating the vehicle with a lack of oil exponentially increases the chances of irreparable damage the longer the engine runs. Once you are safely on the side of the road immediately shut the car off and call for road-side assistance or emergency towing services.

Now that you are safely on the side of the road, we can cover the potential symptoms, causes, and “what ifs” in more detail for diagnostic and advisory purposes. Keep reading for a comprehensive look at this mechanical issue.

What Should I Do If My Car Runs Out Of Oil While Driving?

Maintaining your composure is imperative. If you panic you will likely make mistakes and put yourself at risk. The first thing you should do is shift your car into neutral. This prevents the accelerator from being used which would cause further damage to the engine.

Once you are in neutral you won’t be able to accelerate, which means you need to notify the other drivers around you. Do this by turning on your hazard lights. This will inform everyone around you that your vehicle is experiencing mechanical issues and that they should exercise caution around you.

Once your hazards are on, the other drivers around you should understand that you will need to get off the road and get out of your way so you can move to the side of the road. If you are unable to safely pull over, do your best to position yourself in such a way that you don’t put yourself or other drivers at risk.

How Long Can An Engine Run Without Oil Before Being Damaged?

The simple answer — it can’t. If your engine is low on oil you should get the oil changed as soon as possible. If an engine is running without oil, it is already being damaged. The metal parts of the engine, when unlubricated by oil, will be scraping against each other and causing immediate damage that will quickly get worse the longer the engine runs.

The engine will continue to run for approximately 15 minutes before it bursts into smoke, indicating complete engine failure. Do not run your car without oil unless you have no other choice. If you have to do so, make it brief both for your safety and the safety of other motorists.

How Do You Know If Your Engine Seized Up?

The most common way to tell if your engine has seized up is the “dead knock” which is a series of rapid knocking sounds followed by clanging and grinding sounds until finally silence as the engine seizes. This sound is called the dead knock because if you are hearing it then your engine is already damaged beyond repair.

If your engine completely stopped working while you were driving then your engine may have seized up. After pulling off the road to a safe location, if your car won't start, then a seized engine may be the problem. 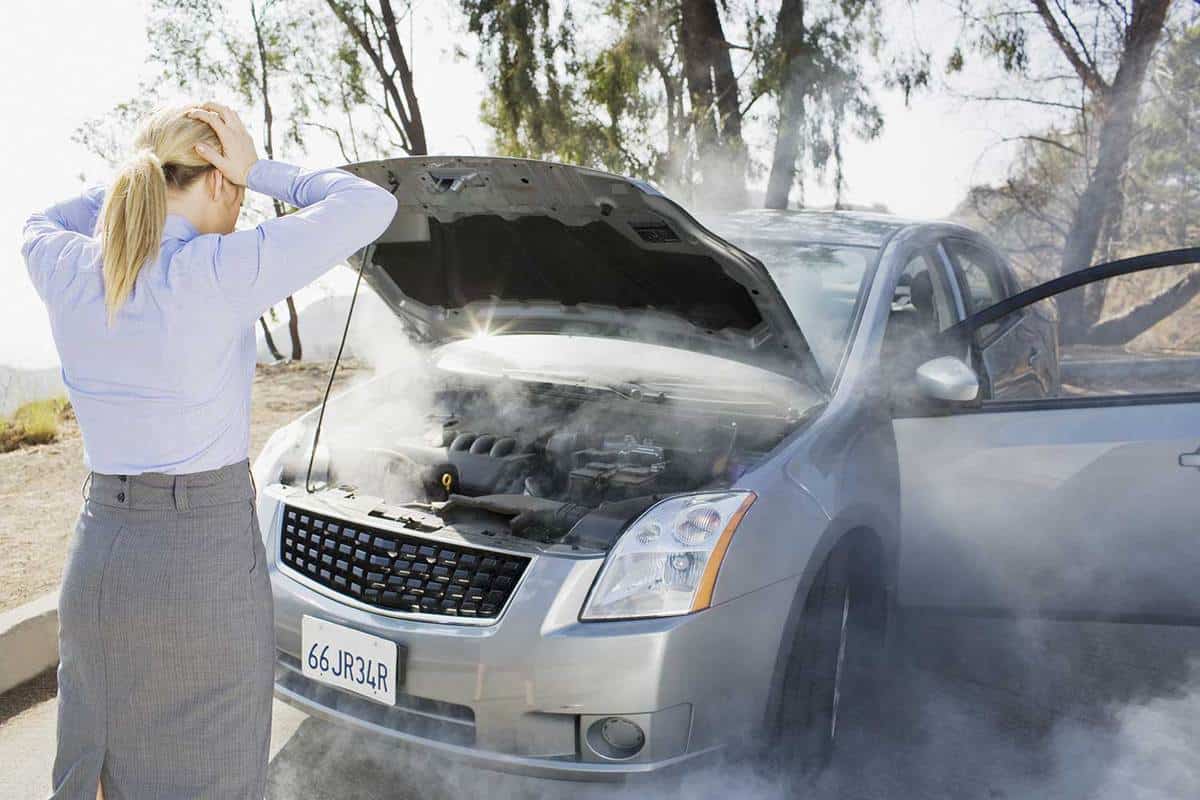 If you notice that your engine is making unusual sounds or that the check engine light is flashing, this could indicate the beginning of a mechanical issue that could eventually lead to a seized engine. You should immediately take it to the nearest mechanic and have it checked for issues.

The aforementioned dead knock is a very distinctive sound that is an excellent indicator that your engine has seized while in use, but what if you attempt to start a vehicle with a seized engine?

If you attempt to start your vehicle after seizing the engine you might hear a loud clack sound very similar to a bad starter accompanied by a grinding sound and what can only be described as metal tearing. This happens if there is a little movement but the moving parts in the engine are blocked by something.

It is also possible that you won’t hear anything but the click of the starter trying to engage. This is because the moving parts in the engine are completely halted and cannot move at all. A true engine lock-up. That said, you should not be attempting to start a car that you know has a seized engine because it will rapidly burn out your starter.

What Happens When An Engine Locks Up While Driving?

If your engine locks up while you are driving it will feel a lot like shutting your car off while driving. You will lose power steering and brake assistance, and the car will drift until it loses momentum. This means you will skip to the final step in the previous instructions which is to pull off to the side of the road and call roadside assistance.

Once you are safely on the side of the road you may make one attempt to start the car again. A seized engine is not always the cause of a car shutting down while driving, but if you hear a loud clanking sound and the engine refuses to turn over, then you should not attempt to start the vehicle again. This is a sure sign that your engine has seized and further attempts to start the engine will cause more damage. 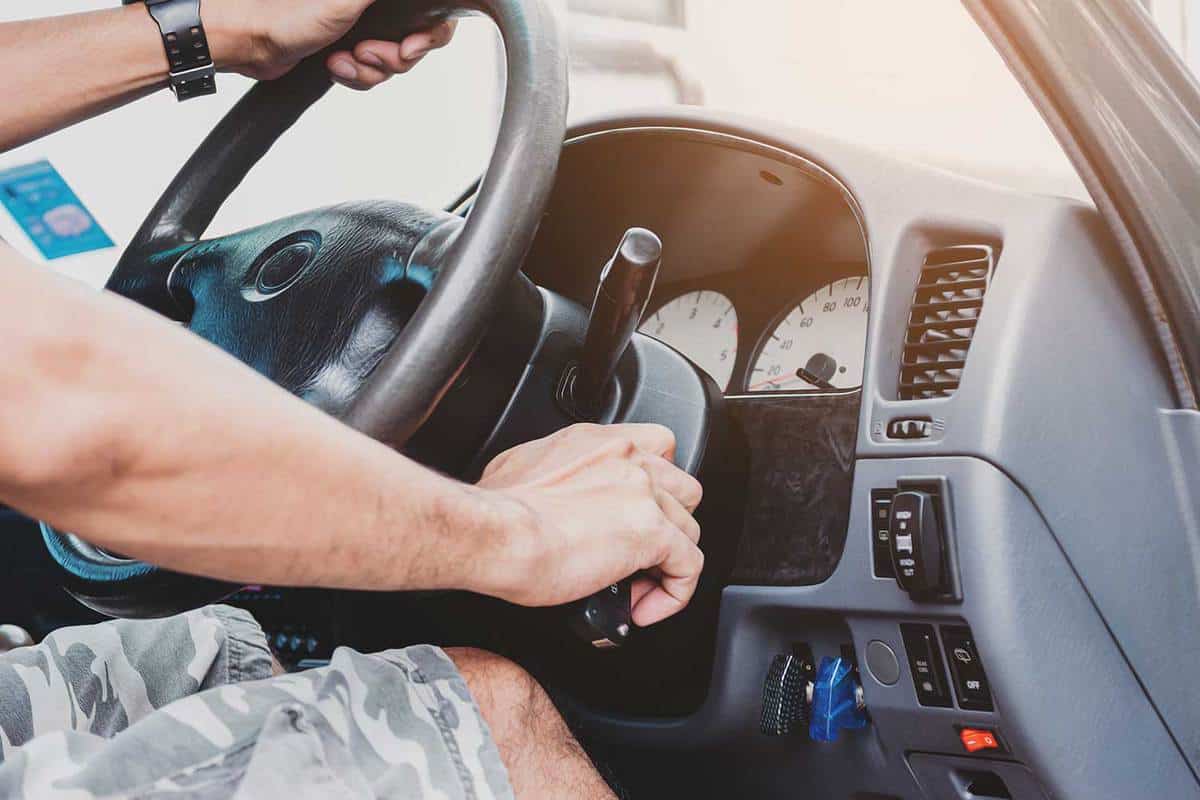 Why Else Would A Car Engine Lock Up?

Many things can cause an engine to lock up, not just insufficient oil. If your engine somehow gets water inside of it then it could mix with oil and cause the cylinder valves to bend. This is because water cannot be compressed the way oil can. Even if the water doesn’t mix with the oil, there are still problems.

Water causes metal to rust which makes it brittle. If the parts inside your engine become rusted then they will start breaking apart, and those metal fragments will scrape and grind against all of the other metal inside. This will damage the other parts and cause the system to overheat.

Parts can break off in an otherwise fully functional engine. If a piston or valve breaks in-use then it will get caught inside and cause the rest of the system to lock up. If this is the cause then your engine seizing is a secondary concern to what caused the part to break in the first place.

How Much Does It Cost To Fix A Locked-Up Engine?

Depending on the make and model of your car it can cost anywhere from $1,000 to $5,000 to repair a seized engine. It will need to be taken apart and inspected and then any other parts that are damaged inside will have to be replaced, followed by a careful reassembly process. In many cases, the cost is so high that it likely isn't worth it to fix the engine at all. In this case, it's better to replace the entire engine.

A knowledgeable mechanic might first suggest removing the spark plugs and pouring some engine oil into the cylinders to soak for a day or so. They might then try to turn over the engine manually and, if successful, the engine might be salvageable. This should be left in the hands of a professional mechanic, so we do not recommend trying this yourself.

If they attempt this, and it is successful, then you might avoid having to pay any prohibitive fees to repair the problem and it may be much simpler to fix.

Now that you know the implications of a car running out of oil while driving, you will be better prepared to handle this situation and prevent catastrophic engine damage.