Oil is the lifeblood of any truck engine. Ensuring that your engine is using the recommended brand and grade will not only keep it running smoothly but will also keep it on the road longer. If your truck is equipped with a 7.3 IDI engine and you are wondering what oil it needs, we can help. We researched this engine in depth so that you'll know for sure which one to use.

In most regions of the United States, it's recommended to use Shell Rotella 15W-40 year round. Using other grades can potentially damage the engine.

Now that we know what oil Ford recommends for the IDI 7.3 engine, we'll take a look at why this oil should be used. You might also be curious about how often you should change the oil in this engine or how much oil the 7.3 IDI will take. For the answers to these questions and more, read ahead in this post to see what our research has uncovered. 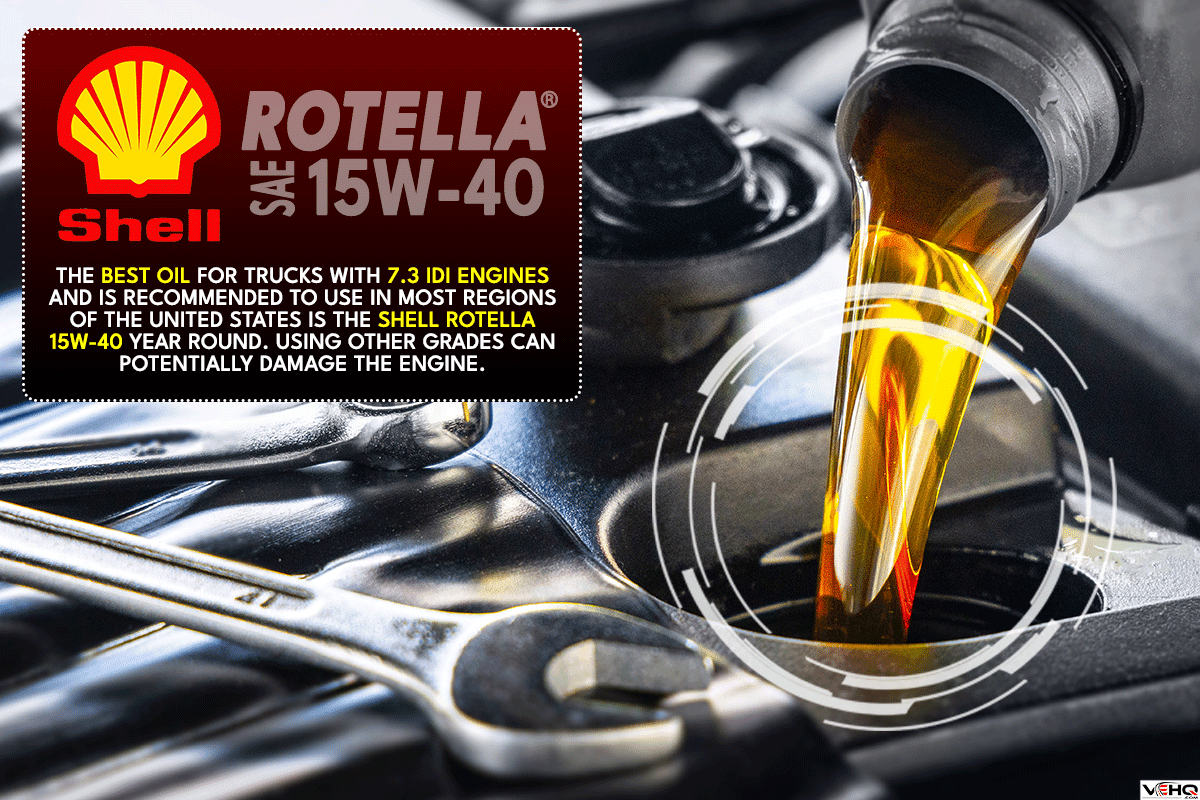 Why You Should Use The Recommended Oil For The 7.3 IDI Engine

An engine that is properly lubricated will run smoother, keeping it purring on the road for years to come. The moving parts in your engine are tough parts of the machine, but too much friction will greatly decrease its performance. The excess heat will also work to substantially lessen the useful life of the engine.

The grade of the oil you use is important in that it provides the best lubrication possible for the engines that it was designed for.

Your engine needs oil to be of a certain thickness or viscosity. If the oil is too thick, it won't flow quickly enough to lubricate and cool the moving parts. If it is too thin, it will burn up quickly and become less effective.

Your engine was designed to have an oil of just the right viscosity. No matter what you have under the hood, it's very important to be aware of the recommended oil and to use it unless otherwise instructed by a trusted mechanic. For additional information, we suggest consulting the owner's manual of your vehicle.

How Often Should You Change The Oil In The 7.3 IDI Engine?

Oil isn't something that you can just continue to add to the crankcase when it runs low. This substance has a useful life that, when it's over, will be less effective in lubricating and cooling your engine's moving parts.

To keep your engine running, it's important to routinely change out both the engine oil and the oil filter at recommended intervals.

When it comes to the 7.3 IDI diesel engine, you should consider changing it every six months or every 7,500 to 10,000 miles, whichever comes first. This will keep carbon from building up in the engine and will ensure that the oil is the proper thickness throughout the engine's operation.

There are certain instances where you might consider changing out the engine oil and filter earlier, according to Ford. If you drive a lot of short trips or are doing a lot of heavy hauling, it will be better to change the oil every 5,000 miles. 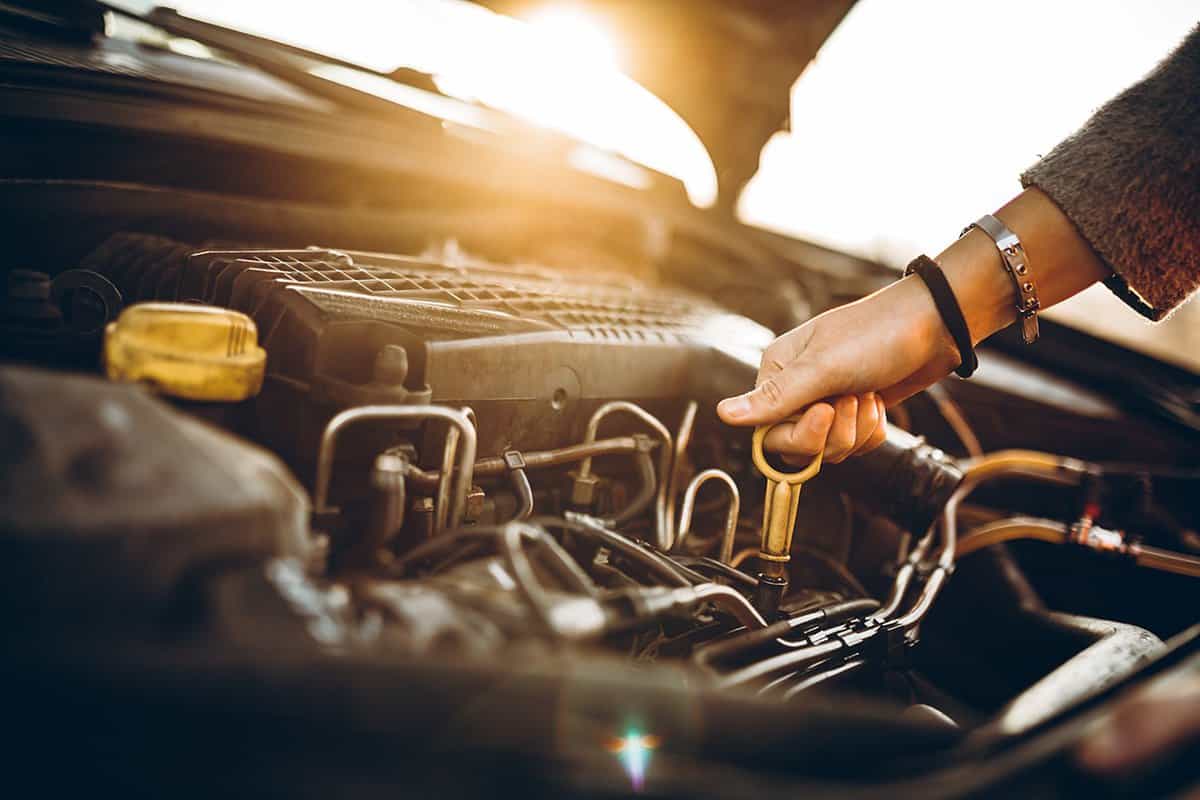 How Much Oil Does The 7.3 IDI Engine Take?

If you've never purchased oil for your 7.3 IDI diesel engine before, you'll find that this large machine will take a lot more oil than a standard passenger car engine. This engine will require double the amount to keep it running efficiently.

This Ford engine needs 11 to 12 quarts of oil to be at the correct level, depending on the year of manufacture. Be sure to routinely check your oil level, especially in older engines that might be burning off a bit of it.

If the oil level drops too low, your engine will not be able to be cooled as efficiently. It will also have its wearable parts generate more friction, reducing their useful lives.

Who Made The Ford 7.3 Diesel Engine?

The powerful Ford 7.3 engine evolved from the Powerstroke engines first made by International Harvester. In 1986, this company merged into Navistar International, which is currently owned by Volkswagen.

Ford continued to use this company to manufacture their engines for several years but began producing these engines jointly with Navistar beginning with the 6.7 engine. They were the product of the plant in Indianapolis.

The first year for the 7.3 engine was 1994, made specifically for the Ford F-series trucks. However, this engine was no longer produced after 2003. This was due to compliance with modern emissions standards. 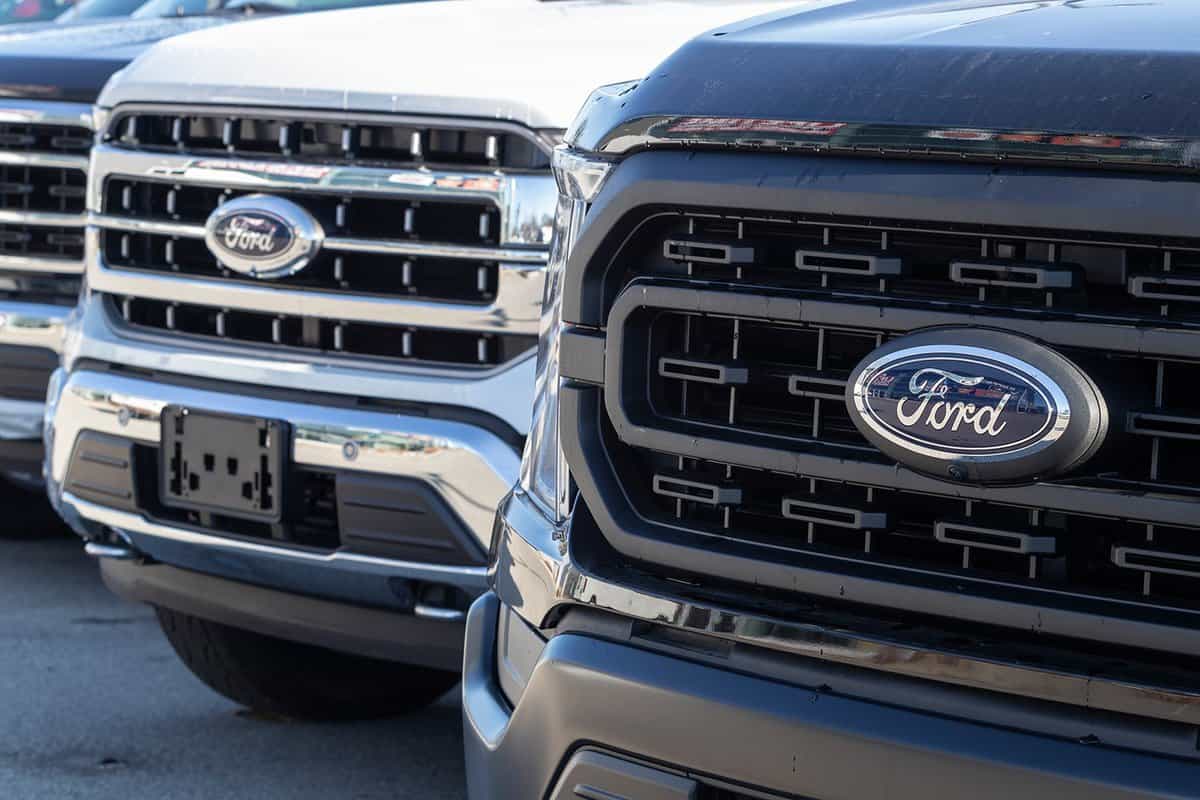 How Much Horsepower Does The 7.3 IDI Have?

The amount of horsepower the 7.3 IDI engine has varies from year to year. This ranges from 210 to 275 horsepower, with the type of transmission also being a factor.

What Mileage Does A 7.3 Diesel Get?

Fuel economy is an important consideration when purchasing a vehicle. This is especially important when it comes to heavy-duty trucks, which might be on the road for a good number of miles. While it's hard to get an exact amount of miles per gallon for the 7.3 IDI engine, we can help narrow down the range.

An unloaded pickup with this engine should be able to get up to 21 miles per gallon on the highway. In the city, expect this to drop to an average of 14 to 15 for each gallon of fuel.

If you are hauling or towing heavy loads, the fuel economy will suffer a bit. The harder your engine has to work, the more fuel it is going to burn.

This can drop your fuel economy by a significant amount depending on how heavy the load is. Experts state that your overall fuel economy can drop by as much as two percent for every 100 pounds of added weight to your truck. 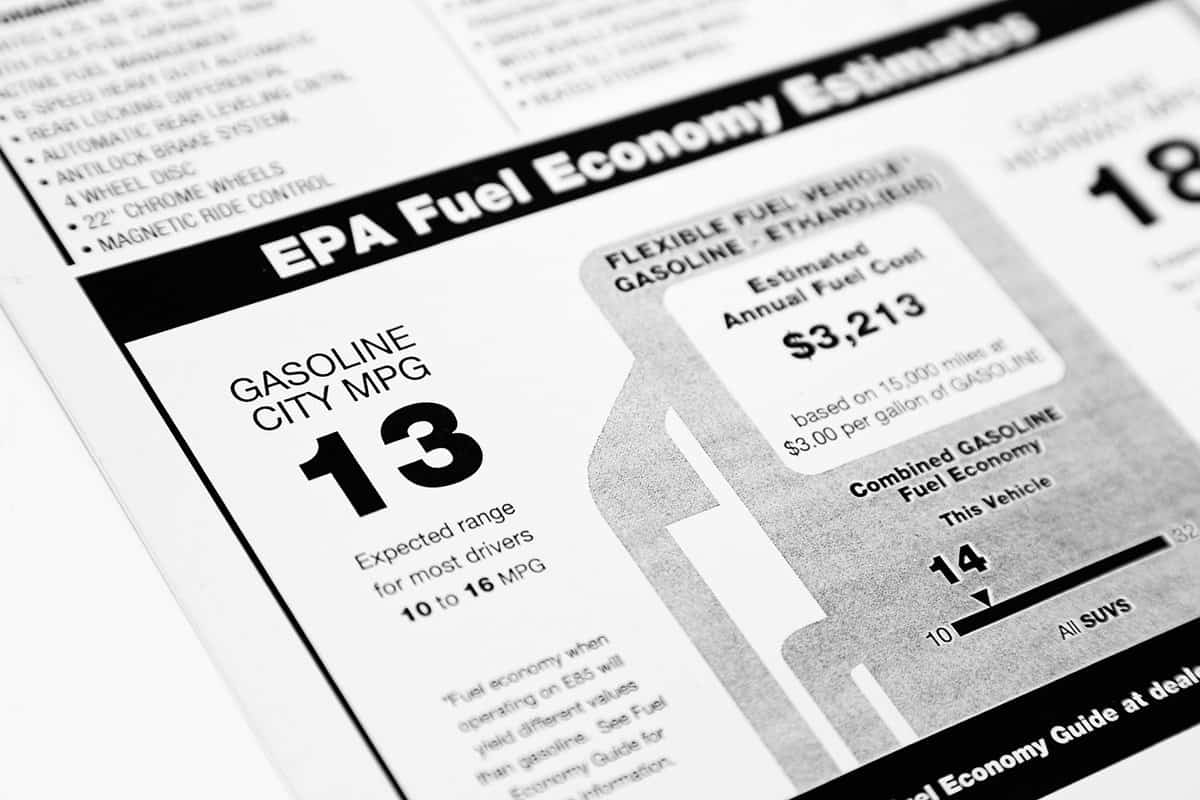 It's no secret that diesel engines last longer than their gasoline-powered counterparts. As most of the Ford trucks you'll find on the used market will be at least 20 years old or older, knowing just how long these engines will last might help you make a more informed buying decision.

A well-maintained 7.3 IDI will last upwards of 500,000 miles. Of course, this will require some work on your part. The main key to getting to any high mileage milestone for an engine centers around you keeping the factory recommended maintenance schedule.

Regular oil and oil filter changes are just part of this process. Your owner's manual will outline a series of checks that should be performed as well as what mileage/time intervals they need to be performed at.

Seemingly small items will have a giant impact on the life of your engine if they are left out, so be sure you get to know the maintenance requirements and stick to them. 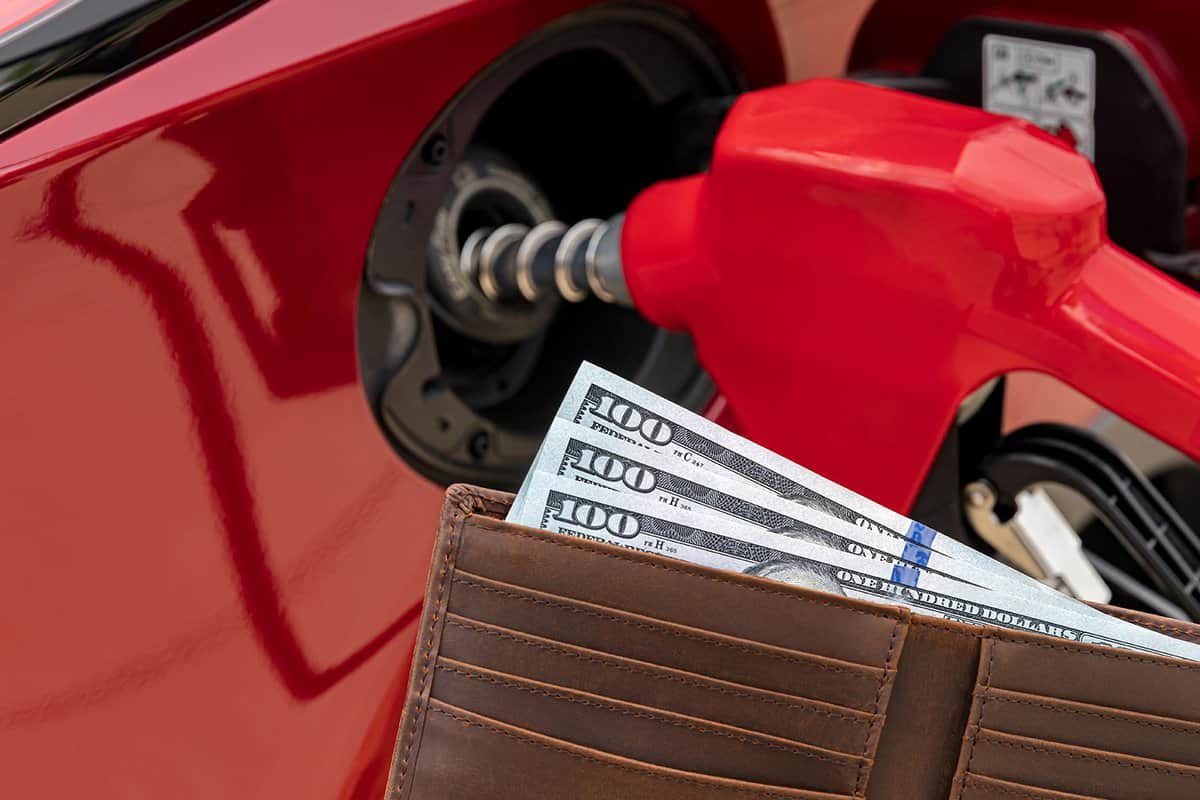 The 7.3 IDI engine was rated as one of the most reliable engines ever installed under the hoods of Ford trucks.

Though they are no longer being manufactured, there are a great number of them still on the road, as these engines can last half a million miles or more. If you are in the market for a used truck, consider a Ford with this engine. Drive safe!

We hope this post answered all of your questions. For additional information, we suggest reading the following posts:

How Long Does It Take To Change Oil And Rotate Tires?

What Ford Trucks Have A Diesel Engine?