Do you own a Ford truck with a 6.0L Power Stroke V8 diesel engine, and you’d like to know how long you can expect it to last? You’ve come to the right place, for we have researched this question, and we have the answer for you.

Learn more about how to bulletproof your 6.0L Power Stroke diesel engine in the succeeding sections. We also have sections on how to resolve the common issues in the 6.0L. Read on! 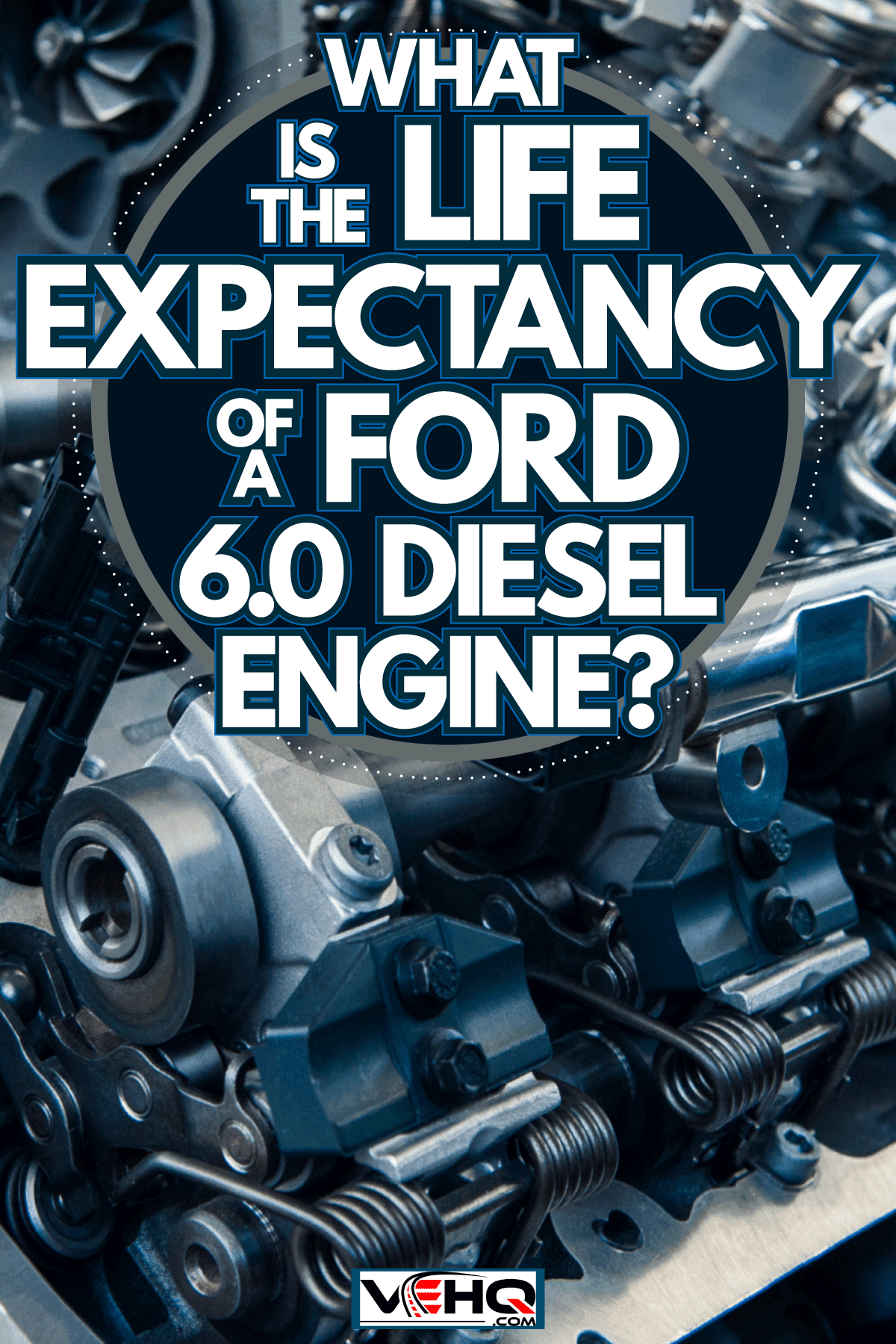 A Brief Introduction To The 6.0L Power Stroke Diesel Engine

The government had a set of stricter emissions standards that were implemented starting in 2004. This prompted ford to replace the 7.3L Power Stroke diesel engine with the 6.0L Power Stroke in preparation for implementing the new standards.

The new 6.0L Power Stroke engine was used in Ford Super Duty trucks starting from the 2003 model year to the 2007 model year. Navistar International developed it.

The 6.0L is a 32-valve pushrod V8 diesel engine with a direct injection fuel system and a variable-geometry turbocharger that reduce the lag of the turbo and improves throttle response. The 6.0L was more powerful than the 7.3L, producing up to 325 hp at 3,300 RPMs and 560-570 lb-ft of torque at 2,000 RPMs. 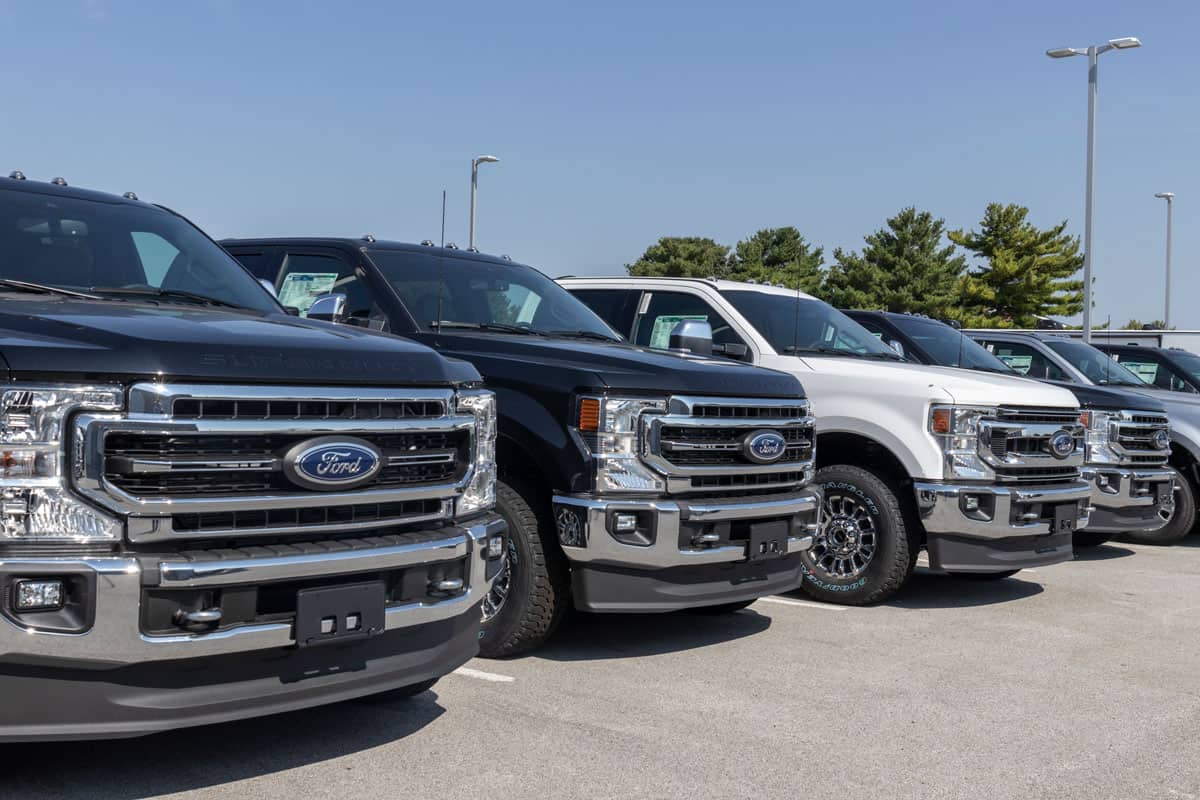 The 6.0L is a great engine when you look at its specs on paper. However, it was plagued by problems that led to several class action suits against Ford Motors.

An EGR cooler is a device that helps an automobile meet the new EURO 6 standards. It cools down exhaust gases before they are reintroduced into the engine to further reduce NOx.

The high temperatures inside the EGR cooler boil what little coolant that gets to it, causing the coolant line to burst. A ruptured coolant line causes exhaust gases to leak into the coolant system, and this creates problems similar to a blown head gasket.

Higher temperatures from the EGR cooler can damage the head gasket of the engine.

The best solution to this problem is to replace the stock EGR cooler from Ford with an aftermarket part that is made stronger and has several improvements over the Ford part that make them perform better.

The EGR valve regulates the volume of exhaust gases that makes their way back to the engine. Unfortunately, the EGR valve can develop clogging issues with soot buildup. Soot buildup can cause the EGR valve to stay open and lead to poor performance.

To prevent this issue, clean your EGR regularly. You can also replace it with an aftermarket part that performs better than the OEM part.

The factory oil cooler in the 6.0L needs a lot of cooling. Thus, the 6.0L engine has a liquid-on-liquid oil cooler to cool the oil faster. However, sand and large dirt particles eventually clog the pathways of the oil cooler, which eventually leads to cooler failure.

Once the difference in temperature between the oil and the coolant becomes more than 14 degrees, it is time to replace the oil cooler. Aftermarket oil coolers made specifically for the 6.0L engine perform better than the OEM part.

You can opt to purchase an OEM replacement. Just make sure that you closely monitor the temperature of your coolant and oil and replace the oil cooler as soon as the temperature difference becomes more than 14 degrees.

You can optionally install a digital monitor to make it easier for you to monitor your truck’s vitals while driving. 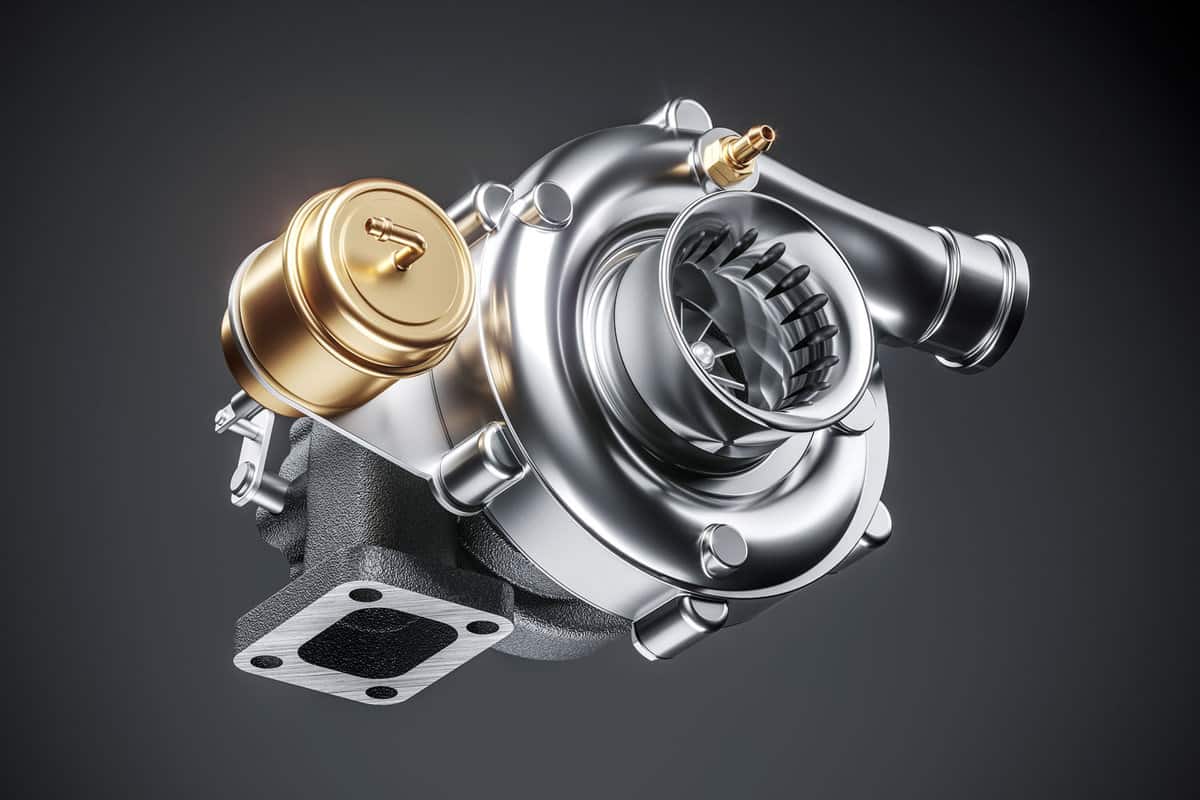 The 6.0L engine includes a variable-geometry turbocharger or VGT. The VGT not only increases power output but also reduces the spool time.

Unfortunately, the VGT in the 6.0L engine is prone to soot buildup. The soot buildup causes the vanes of the VGT to stay open, which leads to bad throttle response and an increase in the spool time—the opposite of how a VGT in good condition performs.

The HPOP in your 6.0L pressurizes the oil. Pressurized oil is then used by your engine to compress fuel.

Unfortunately, the HPOP inside the 6.0L is known for suddenly failing. Replacing the HPOP is the best solution and preventive measure. Replace the HPOP screen too when you replace your HPOP. 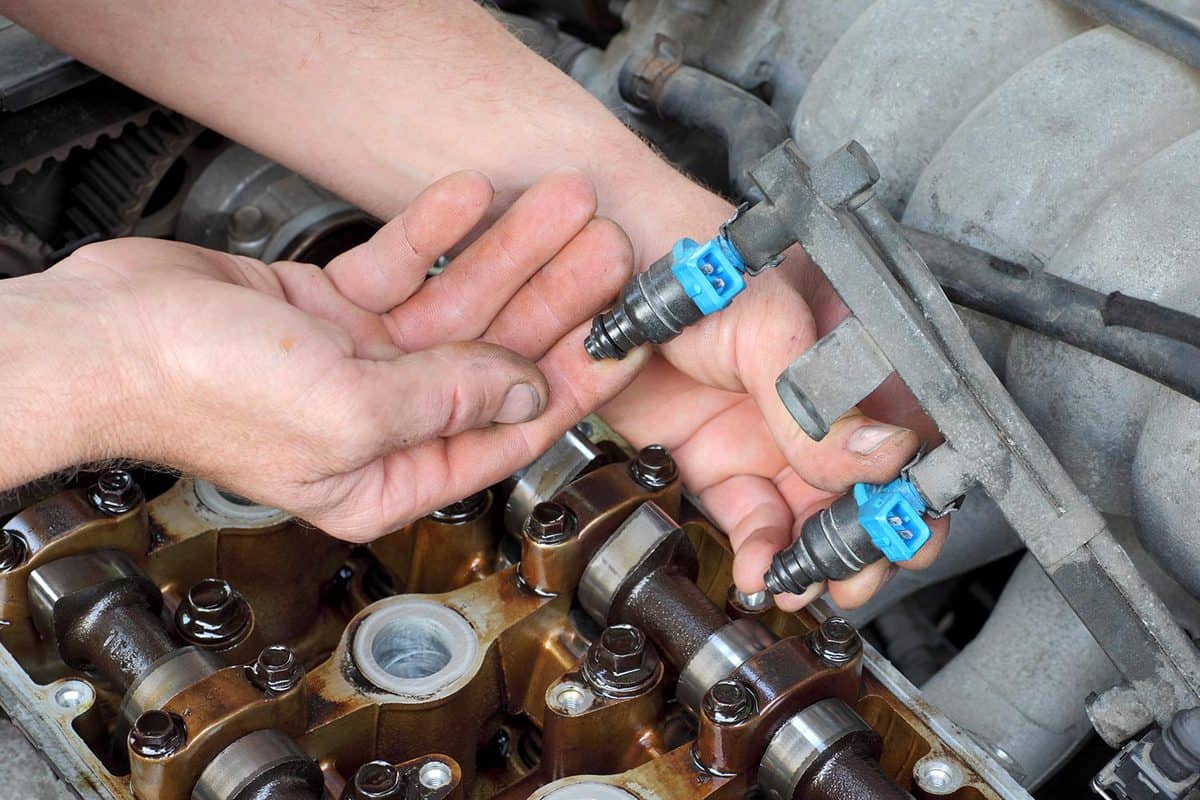 Excess heat from the engine leads to FICM (Fuel Injection Control Module) overheating and failure. This is a design problem because the FICM is located on the valve cover of the 6.0L engine.

Problems with the FICM lead to no start issues, rough starts, and rough running conditions.

Replacing the factory FICM with an aftermarket part that can dissipate heat better and more reliably will permanently resolve this issue. Some aftermarket FICM replacements come with built-in custom tunes that allow you to increase the horsepower of your 6.0L. 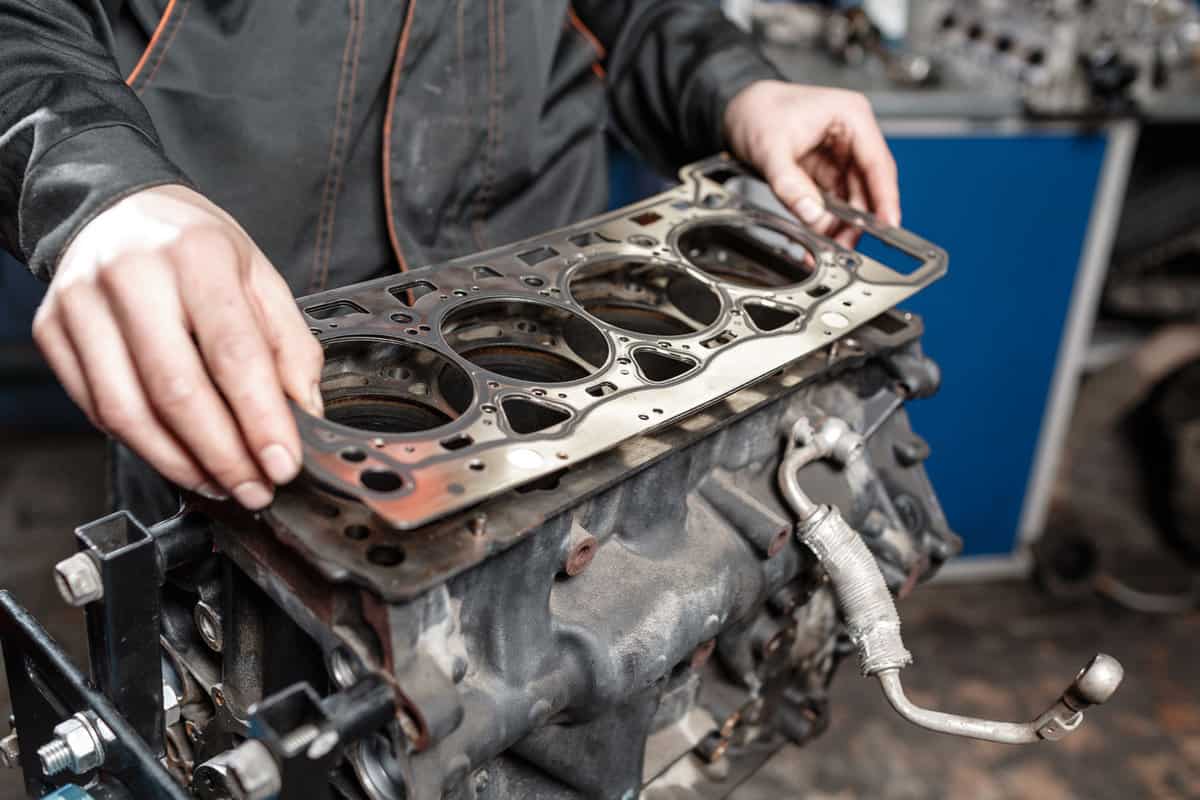 The 6.0L is equipped from the factory with TTY (Torque To Yield) head studs. It is a good idea to replace these head studs before you tune your truck and before you get a head gasket failure.

Keep in mind that you cannot reuse TTY studs. You need to replace the studs once you remove them from your engine. Replacing the TTY head studs can be problematic for a DIYer. Bring your truck to an expert diesel mechanic to replace your TTY head studs.

The 6.0L is equipped with HEUI (hydraulically actuated electronically controlled unit injectors) that is similar to the ones on the 7.3L Power Stroke. However, these injectors are notoriously prone to static friction, which comes from the carbon and sludge buildup inside the spool valves. This leads to hard starts and rough running when the truck is cold.

The Hot Shot’s Secret Original Stiction Eliminator in a 32-fluid ounce bottle is available on Amazon. Check it out through this link. 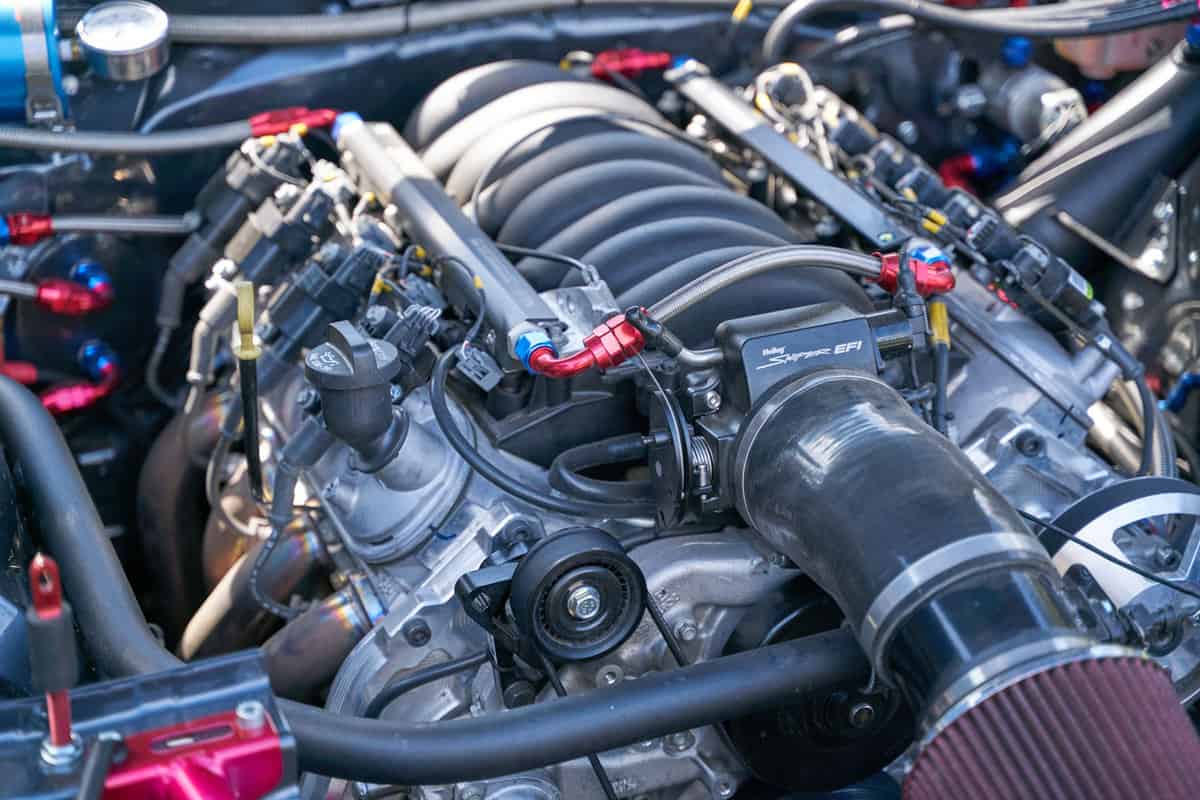 Bulletproofing is a term used by automotive enthusiasts that means to increase the reliability of a car or engine. The term can be used on any type of vehicle and even vehicle parts.

How to bulletproof the 6.0L V8 diesel engine? 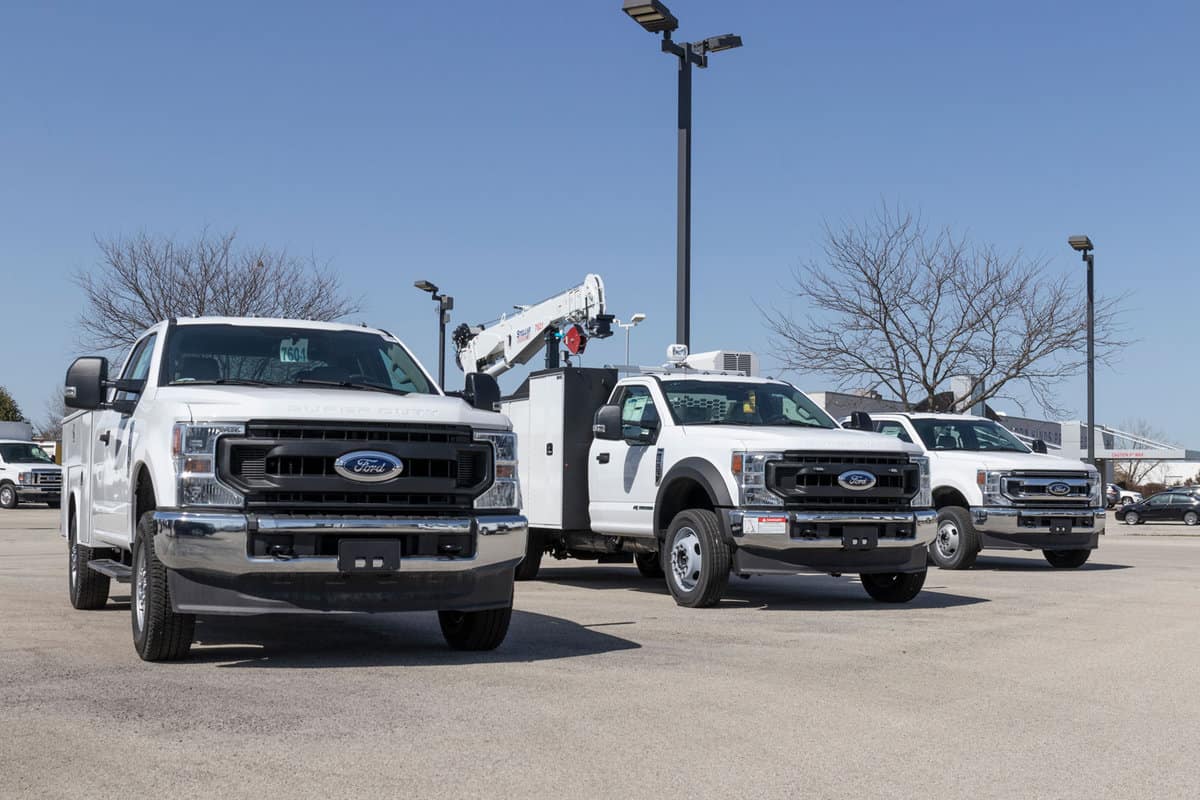 Despite the many problems of the 6.0L Power Stroke diesel engine, it is a powerful engine that can provide your truck with the power it needs. Bulletproofing the 6.0L can dramatically improve its reliability.

In addition to the usual recommended maintenance, bulletproofing the 6.0L eliminates its known problems and increases the lifespan of the engine.

Ironically, there is a company based in Mesa Arizona (founded in 2009) that is called BulletProof Diesel. They specialize in products that increase the reliability of the Ford 6.0L, 6.4L, and 6.7L Power Stroke engines.

Some owners of the 6.0L consider the 6.0L bulletproofed if at least four of these five common issues have been addressed.

The TamerX High-Pressure Oil Pump for 2005-2010 Ford Power Stroke 6.0L is available on Amazon. Check it out through this link.

Owners of the 6.0L Power Stroke commonly replace the head gaskets preemptively or they do this upgrade after they replace the oil cooler and the EGR cooler.

Instead of routinely cleaning the turbocharger, some 6.0L owners decide that it is best to replace the factory turbo with a drop-in turbo. Replacing the turbo is best done with the replacement of the water pump to help regulate the engine temperature after putting in the new turbo.

You can do the FICM upgrade with the turbo upgrade or after. The new water pump should cool the engine to safe temperatures that should make the FICM overheat less. 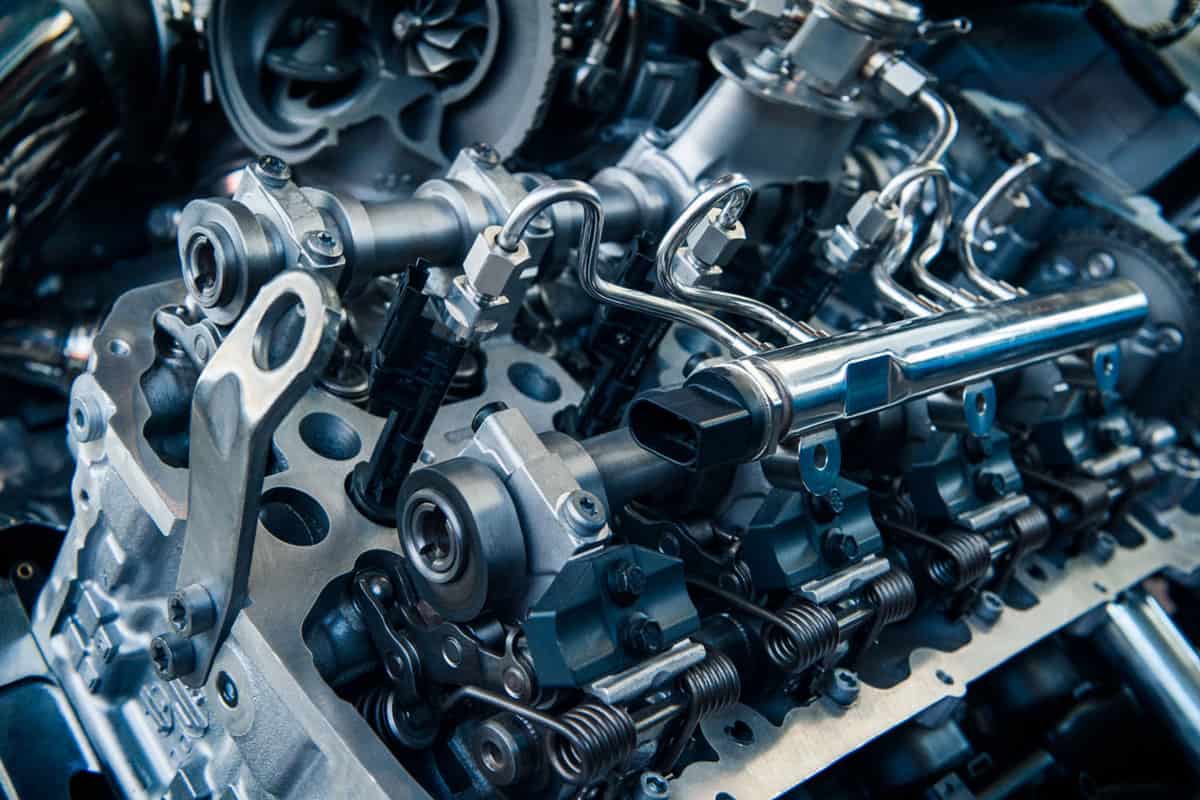 How To Add Fuel Additive To Ford F150 [A Complete Guide]?

This was a great article, now to see what to do less cost.. i have a 05, 6.0 that looses power towing up a grade.. rpm at 3000 and turbo presure around 20-30 psi and need fixed before Oct.. im a retired veteran..😁 any suggestions be great. Thank you Daryl Marino 1SG (R)