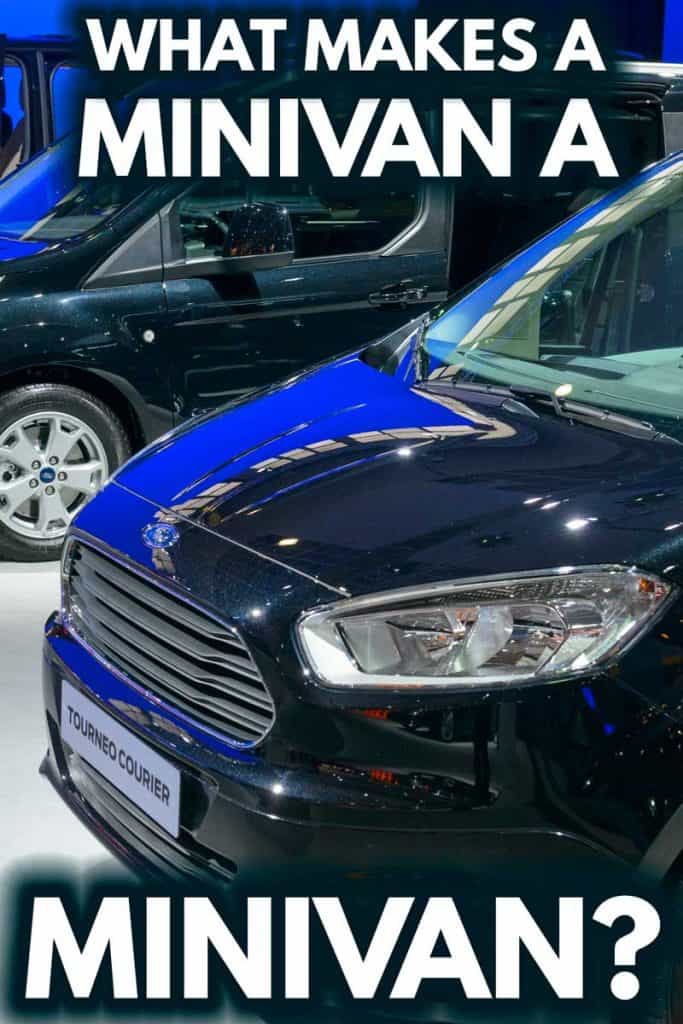 The world was introduced to minivans in 1983 by Chrysler. Saving Chrysler from financial doom wasn't the only success for the minivan–its creation created a whole new category for the family-friendly vehicle. A minivan isn't a full-sized van or a truck or even a wagon. So, what makes a minivan a minivan?

A minivan is a vehicle built on a small-car platform. It sits lower than a truck or van, so it's easy to get in and out of. Rear doors of a minivan slide open for easy access. Its car-like build enables it to fit in the same parking space as a car. It drives like a car but offers more spacious storage. Interior cabins are roomy with ample headroom. And, minivans have flexible seating configurations—hauling up to eight passengers. It's a people carrier …it's a minivan.

Minivans were a revelation. At a time when the market was filled with full-sized vans, trucks, sedans, and station wagons, one might think there wasn't room for another type of vehicle. Well, the minivan was missing. Read on in this post as we dive deeper into what makes a minivan a minivan.

Minivans Are Made for Suburbia

Although Chrysler was first to manufacture the minivan based on a car platform, General Motors (GM) wasn't far behind. Minivans swarmed the market in the 1990s. They were made for suburbia.

The minivan offered many advantages. Three rows of seating (with safety restraints) meant parents could safely pack up the kids and drive across the country for vacation. Carpools were a breeze for soccer moms who could now haul half the team to games. The sliding rear doors meant no door dings when the kids piled in and out of the van.

Minivans could also haul a lot of stuff. That visit to the home improvement store meant sheets of plywood and drywall could make it home covered in the back of the van. Tailgating, camping, surfing—every activity became a lot more manageable and fun with the minivan at the helm.

And the innovation didn't stop with extra space and sliding doors. Today the infotainment systems include touch screens, Android Auto, Apple CarPlay, Wi-Fi hot spots, and sound systems. It's like you are hanging out in your family room but on wheels. And when the fun is done, you can clean up the day with a built-in vacuum.

Over the years, a lot of models have been retired. But the minivan itself is still very much alive. In fact, one of the originals from Chrysler—the Dodge Caravan—has a 2020 model ready to sell. Other minivans on the market include the Toyota Sienna, Honda Odyssey, Kia Sedona, Chrysler Pacifica, and Chrysler Voyager.

What Is the Difference Between a Minivan and a Van? (Is a Minivan Considered a Passenger Van?)

Minivans and vans have similarities like being people carriers that can haul cargo. But they are different and serve different purposes. Let's take a closer look. 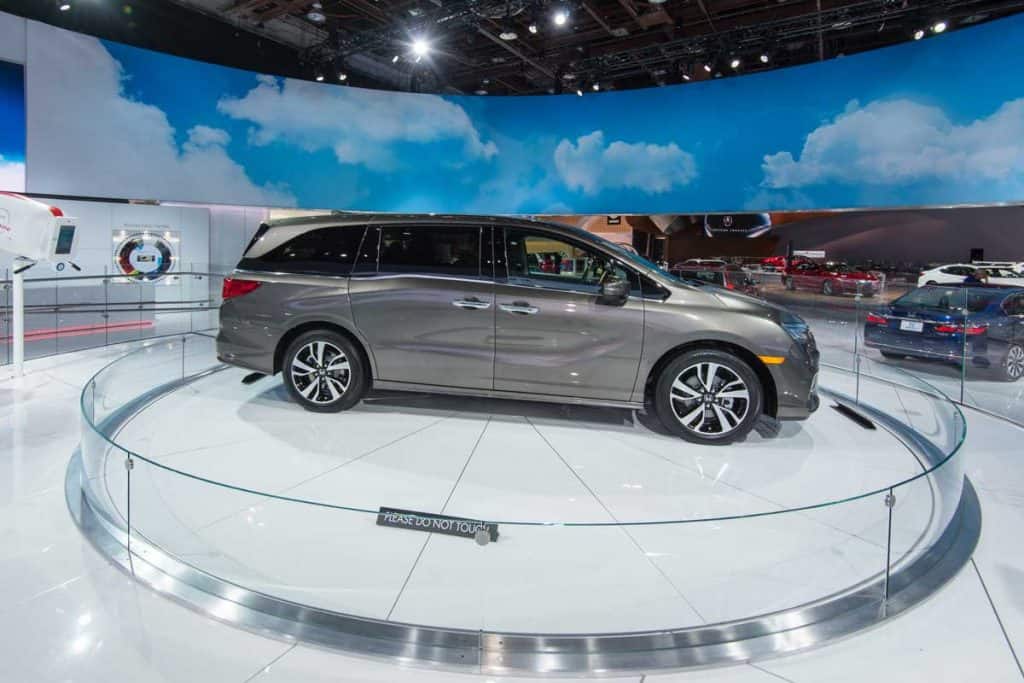 The minivan's primary function is to be a multi-purpose vehicle that can transport passengers and their stuff. The minivan is a personal vehicle that is flexible in its configuration of riders or cargo but still drives like a car. Most minivans have front-wheel drive, built on a car platform to handle like a car while driving. They also manage gas consumption like a car. The minivan offers much more utility than a traditional vehicle. 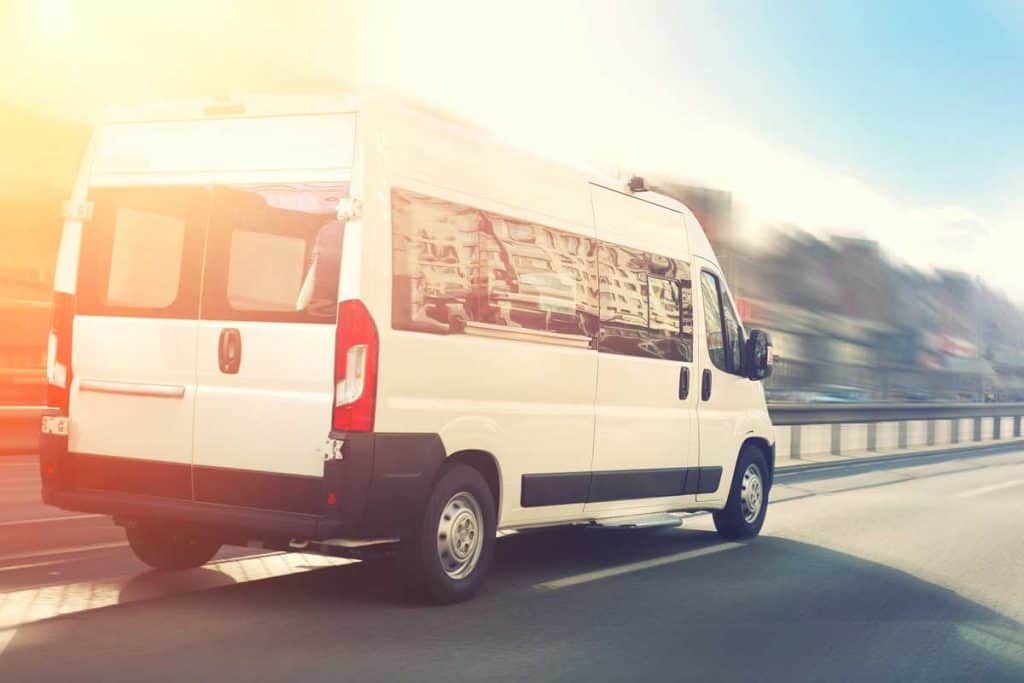 The term van generally refers to a commercial vehicle meant to transport people and/or cargo. Unlike the minivan, the platform is truck-based with rear-wheel drive. It offers more power and more space for cargo. Vans vary from micro-size to large size. Commercial companies like TV stations, moving companies, hotels, airports, and delivery companies use vans to shuttle people or haul equipment and cargo.

What Is the Best Alternative to a Minivan?

For some, the mom-mobile stigma keeps them away from a minivan. But people still enjoy options like a flexible interior for passenger seating and storage—just in a different kind of exterior package. There is an alternative—the SUV (Sports Utility Vehicle).

In the 1990s, the SUV's were truck-like and gas guzzlers. And not exactly family-friendly. But as gas prices dropped and technology improved, the SUV found its way into many garages. In the past decade, they have swallowed up the market. Many buyers are looking for the features of a van. But enjoy the style and versatility of an SUV.

There is an SUV to cover any need you might have, from hauling riders to loads of sports gear. SUV's come in a variety of sizes: subcompact, compact, mid-size, and full-size. And, SUV's have evolved, creating a whole new category of cars: the crossover. Traditional SUVs are built on a truck platform, whereas the crossover is built on a car platform. So, crossovers have become even more minivan-like.

Large SUVs like the Ford Expedition and the Chevrolet Suburban can match the seating and cargo space of a minivan but are more truck-like. The Honda Pilot is a mid-size crossover and can seat up to eight riders making it more comparable to a minivan. And, if the third row of seating isn't on the list, a compact SUV like Mazda CX-5 might be an option.

Is SUV or Minivan Better?

SUV's are clearly winning the market share game. But, SUV's have some disadvantages over minivans. Does that make one better than the other? It really depends on your needs.

Here is a list of the advantages of a minivan:

Here is a list of advantages of an SUV

The choice between a minivan or an SUV is a lifestyle choice. And, well, maybe it's the statement you want to make or not make.

Are There Any 4WD Minivans? 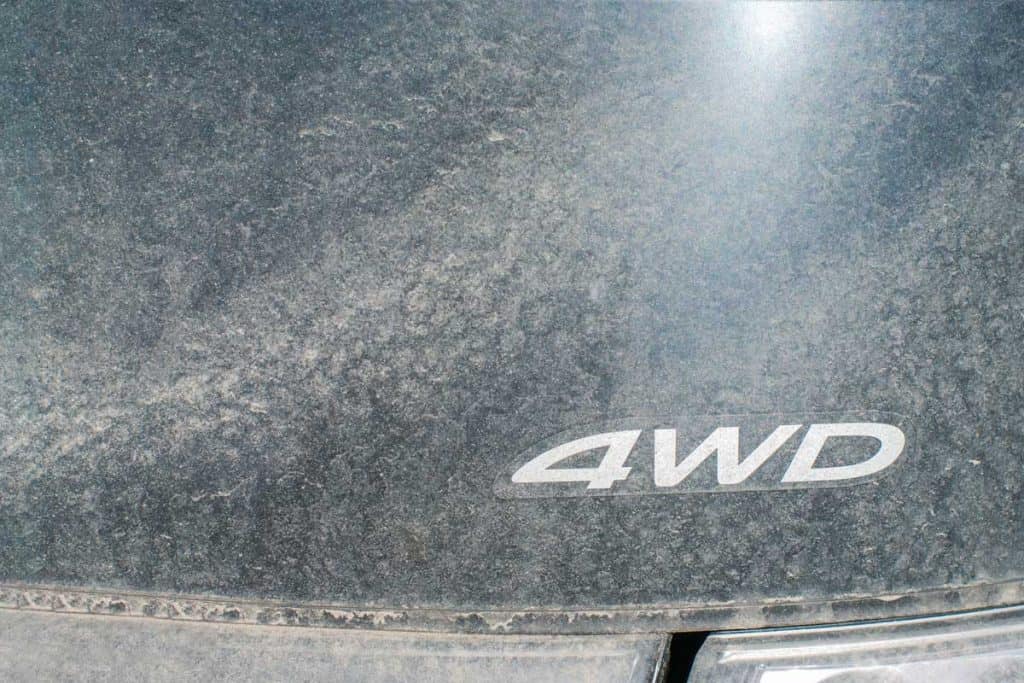 Minivans are chock-full of features for seating and storage. Road handling and ride comfort are given in these vehicles. There is what some might consider a big miss—4WD. There isn't a minivan on the market with 4WD.

There is, however, a minivan with AWD—the Toyota Sienna.

The Minivan Is Not Dead

The original Chrysler minivan was built on a car platform from the ground up. It reigned supreme in the 1990s with its low-to-the-ground profile, roomy interior, and plenty of space for people and stuff. Minivans went on to influence the still popular SUV. The SUV's got lower to the ground, driving more like a car than a truck. They got rear hatches and ample cargo space. And those second- and third-row seats began to fold flat. Let's not forget about the awesome infotainment perks. All those features sound familiar, don't they? Many of the features of an SUV today have initially been the ingredients in a minivan.