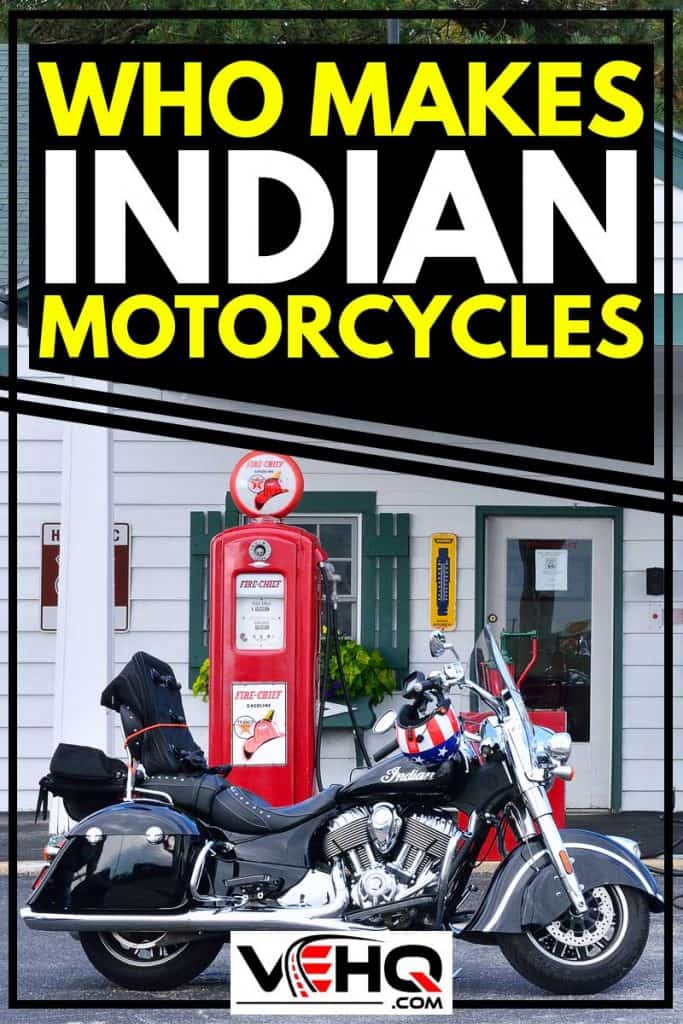 Indian Motorcycles were once Harley-Davidson’s biggest competitor, but the name has been a bit lost in history since the 1950s. It was brought back into the spotlight over the last decade, but some questions remain. Primarily, who makes these awesome bikes? We have researched this to give you all the information that you need!

Indian Motorcycles are currently designed and manufactured by Polaris. Polaris bought the rights to the Indian Motorcycle brand in 2011 and has been making an impressive amount of progress, bringing the brand back to life and back into the spotlight.

But it’s not quite that simple; there are a large number of factors that come into play when you’re talking about the Indian Motorcycle brand and its resurrection. Just knowing who owns the rights to make the bikes isn’t telling you much, after all. Keep reading for all the details on this exciting brand!

The History of Indian Motorcycles

Knowing who manufactures these historic bikes today doesn’t tell you about the brand’s struggle, what the company stands for, or what plans it has for the future.

In reality, the consumer has always made these motorcycles and will continue to do so as long as they’re being produced. More than that, other riders and enthusiasts make these bikes possible, as they’re all hand-made by motorcycle enthusiasts and cyclists within the United States.

But to understand how powerful that idea is, you need to know the history a bit better.

It all started with a man named George M. Hendee, who was a former bicycle racing champion and was an active racing promoter. George Hendee founded a bicycle production company in the year of 1987, adding that to his already impressive list of bicycle-related titles. It was called the Hendee Manufacturing Company, and the bicycles carried several names. They included the Silver King and Silver Queen, as well as the American Indian.

The name was shortened to the Indian and, shortly after that, became Hendee’s primary brand name for his line.

In 1901, Hendee hired an engineer, Oscar Hedstrom, to build a gasoline engine that could power a bicycle. The machine that was created as a result was the very first, and very primitive, Indian Motorcycle. It was a powerful machine for its time and threw the Hendee Manufacturing Company into the world’s limelight. The first motorcycle was officially sold to a retail customer one year later.

Indian Motorcycles and Harley-Davidson were one another’s biggest competitors until 1953 when Harley caught a break in the post-war economic wave that Indian missed. Indian went bankrupt and shut down, and there have been several attempts since then to revive the brand and bring America’s First Motorcycle back to the world.

Polaris, so far, has succeeded. In 2011 Polaris bought the Indian Motorcycle company, and it has been producing amazing, high-quality bikes ever since. These include the Chief Vintage, the FTR 1200, and everything in-between.

Where Are Indian Motorcycles Engines Made? 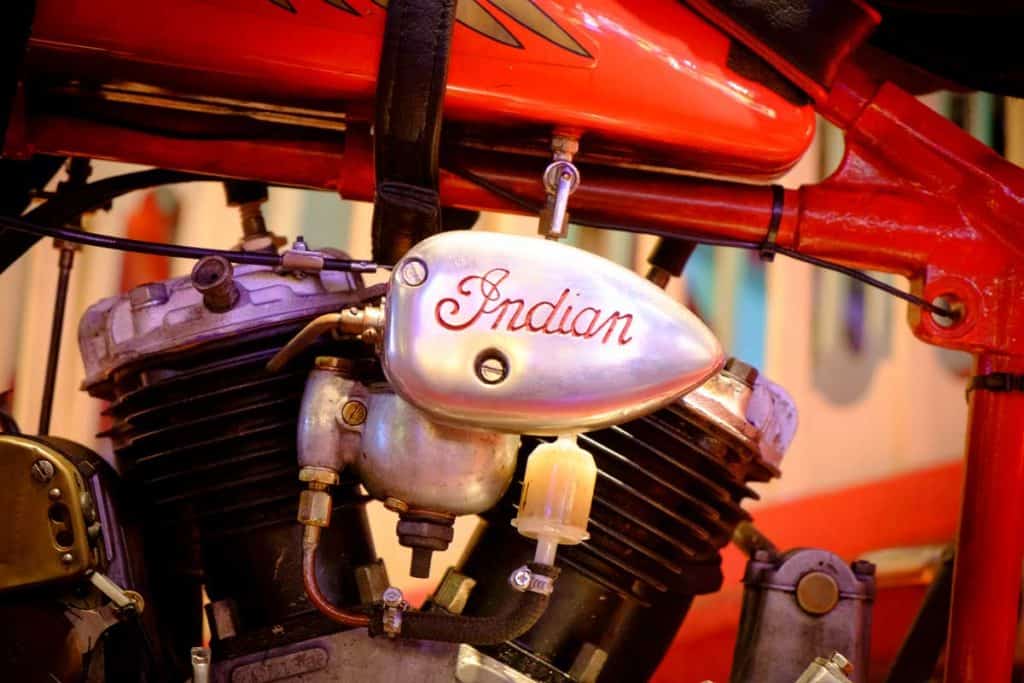 The Indian Motorcycle Manufacturing Company, based in Massachusetts at its conception, is no longer in its home state. However, Indian Motorcycles and parts are all still made right in the United States.

Each bike is assembled by riders, for riders, in Spirit Lake, Iowa. Some of the parts and materials are manufactured in other states and cities, but they are all made and processed within the United States. And not only are they put together by hand, but they’re carefully hand-painted with precision and respect for each bike.

These motorcycles are expertly crafted so that you don’t have to worry about the quality or handling of your bike while enduring severe weather conditions.

Why Are Indian Motorcycles Called Indian? 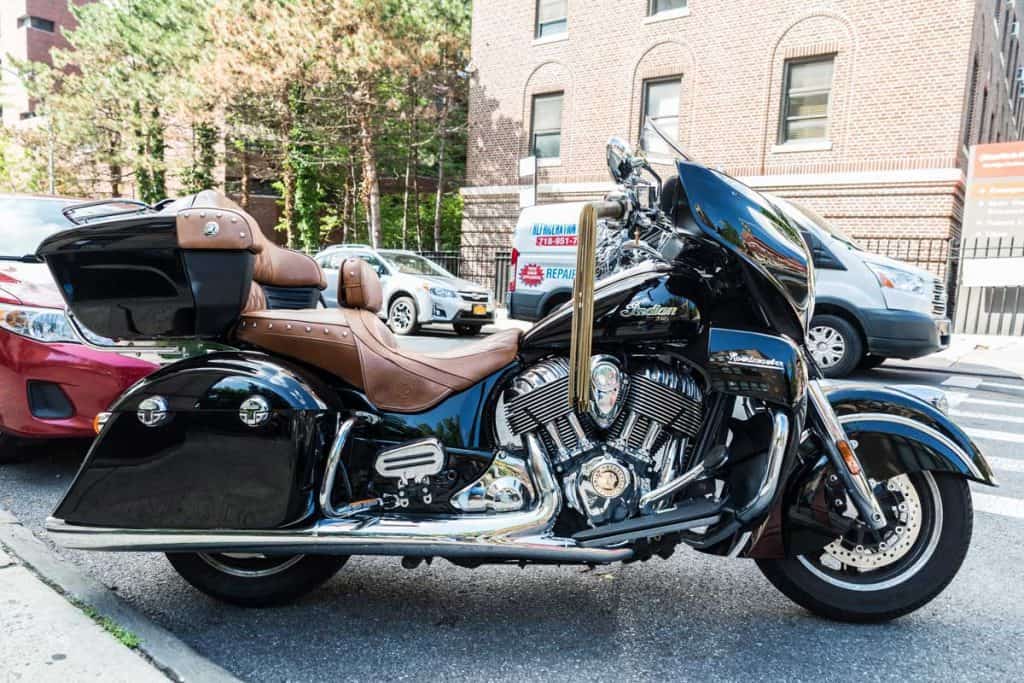 While the Indian Motorcycle Company is, indeed, an American company, the name still reflects the heritage of the motorcycles it produced at its inception and continues to produce today.

As most people know, the term “Indian” was a widely-used colloquial name for the Native American people of North America. This is because when Christopher Columbus arrived all those years ago, he mistakenly believed he had arrived in India. These individuals were believed to be North America’s first inhabitants.

Due to this belief, the Indian Motorcycle Company got its name. It aligned with the fact that this company came first when it came to manufacturing motorcycles, predating Harley-Davidson by two years.

Who Was First: Indian or Harley? 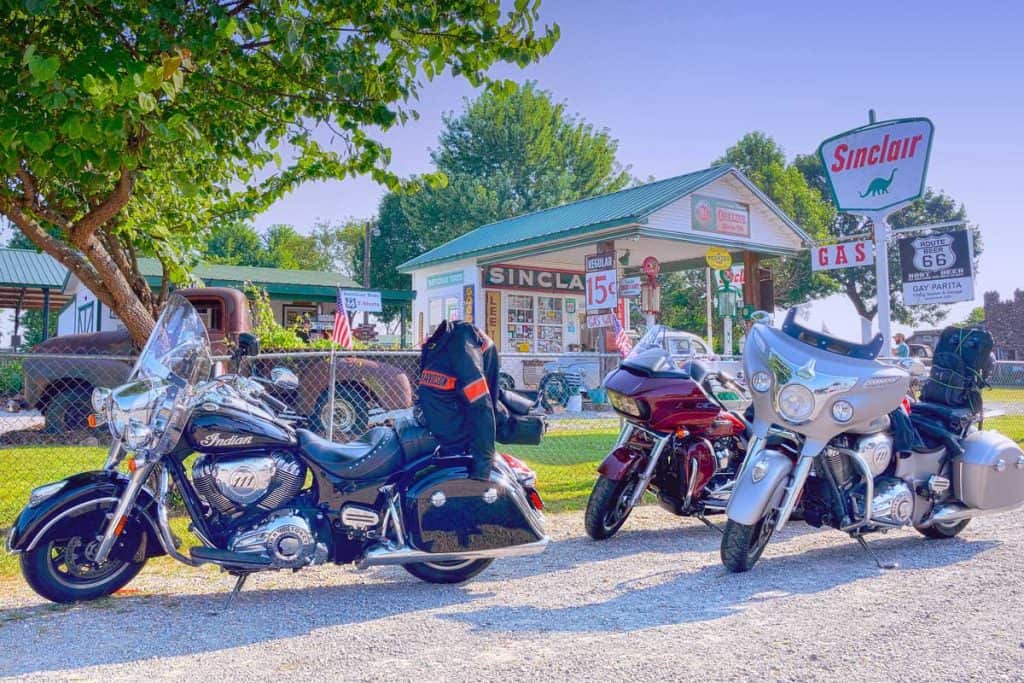 Harley-Davidson was founded two years after the original production of the Indian and a year after the first sale of one in 1903.

Both companies have historically broken ground in delivering quality bikes, from police motorcycles to bikes capable of racing on dirt tracks. They were equally-strong competitors until around 1953 when it was clear that Harley had figured out how to benefit from the post-war economic wave and Indian failed to.

Indian went bankrupt as a result and shut down not long afterward. There have been multiple attempts since then to revive the brand, but none succeeded until Polaris, based in Minnesota, bought the brand name in 2011.

Since its acquisition by Polaris and its success since then, Indian Motorcycles has been regaining ground and popularity among motorcycle enthusiasts. This is due to partnerships with popular brands like Jack Daniels, multi-year partnership events such as the Veteran’s Charity Ride to Sturgis, and enthusiastic responses to sportsman-type events that include racing and recreating some of the world’s most famous jumps.

What Is The Most Expensive Indian Motorcycle? 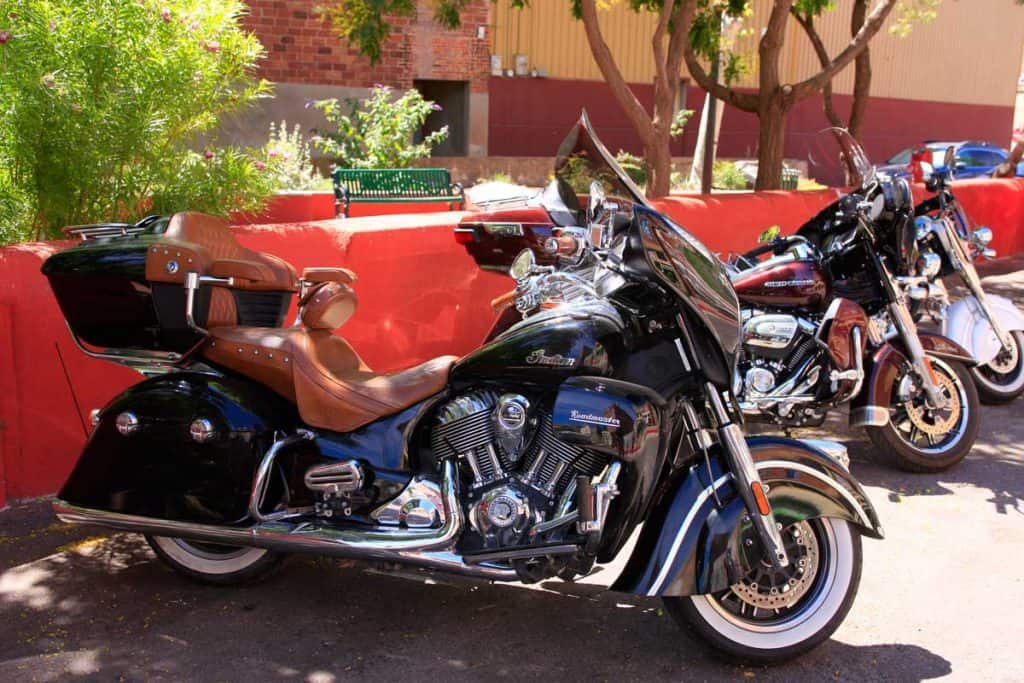 There are two answers to this question currently, and technically, they’re both accurate.

If you like antiques or vintage bikes, the answer for you is that the 1915 Indian 8-Valve is the most expensive Indian Motorcycle available today. This is a piece of motorcycle history and can reach up to 131 miles per hour at its top speed. This is remarkable given the period during which this bike was manufactured. It sells for around $60,000.

But if you’re looking for something more modern, then the most expensive Indian Motorcycle is its 2020 Roadmaster Elite. It’s an absolute powerhouse, and the starting price for one without any additional features is $37,999 MSRP.

That’s taking into account that the Roadmaster Elite comes with some premium amenities, such as a 600-watt PowerBand Plus audio system. Only 200 of these limited edition bikes will be produced, and you can expect that there will be a lot of competition for them.

Are you looking for something in-between the old and the new? The 2013 Indian Chief Vintage LE has a 1720cc V-Twin engine and has an undeniable aesthetic to it that is sure to impress. It’s excellent for comfortability on long trips and is in a similar price range to the 2020 Roadmaster Elite, selling for about $37,899 when you can find someone willing to part with it.

All-in-all, the Indian Motorcycle brand has a long, impressive history, though it’s been spotty throughout the 60 years or so that it failed to revive correctly. As a brand, it’s making an impressively powerful comeback and has been steadily regaining popularity over the last few years with the blessing of Polaris as its parent company.

If you want a motorcycle with a fantastic quality and rich, competitive history, you can’t go wrong with an Indian Motorcycle.